Sheets of pre-rusted red steel cover the new extension to a dilapidated freight depot in Malmö, which has been converted into a covered food market by Swedish studio Wingårdh. 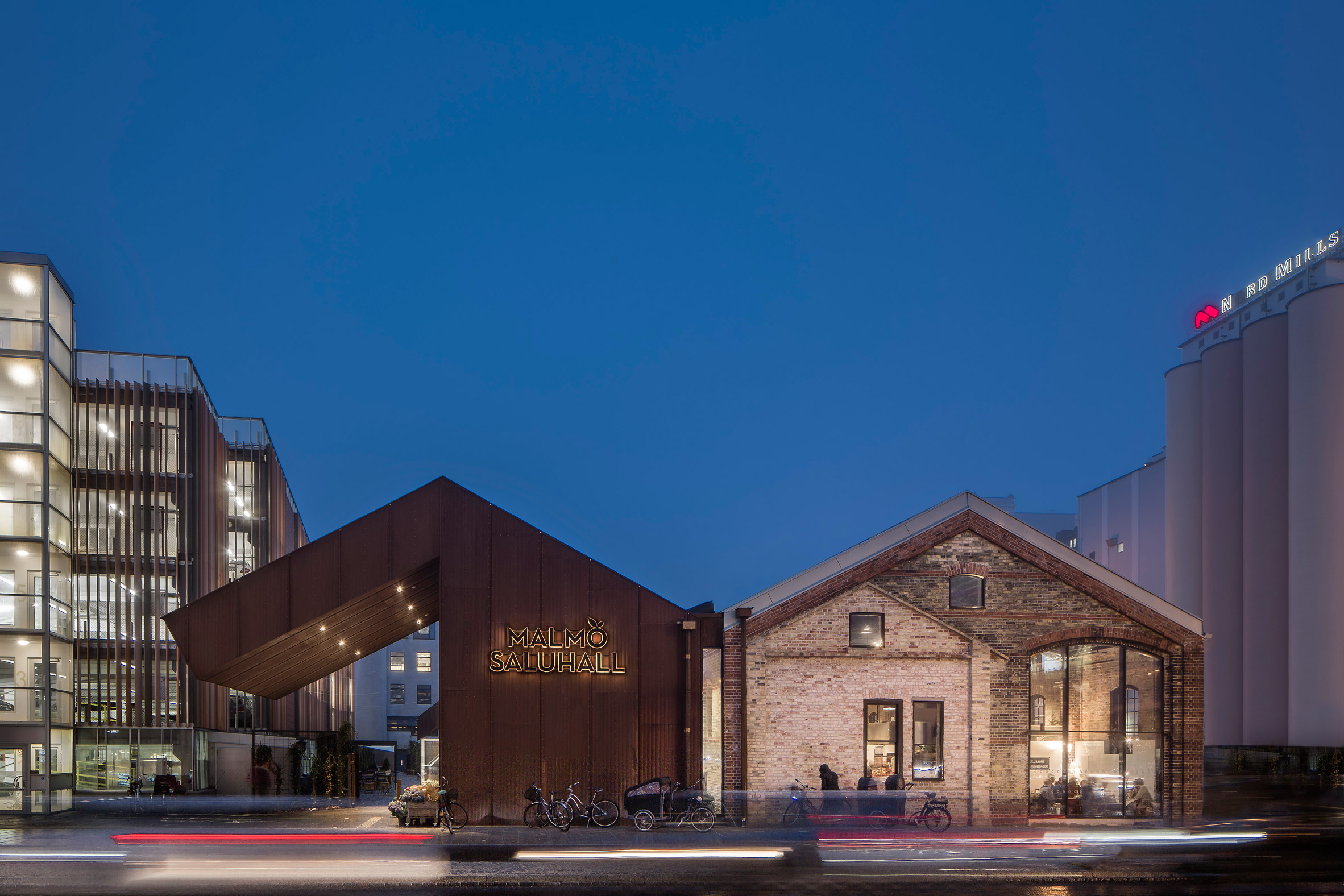 The clients, brother and sister Nina Totté Karyd and Martin Karyd, asked Wingårdh to convert and extend the brick shell to provide a new space for market vendors and restauranteurs in the Swedish city. 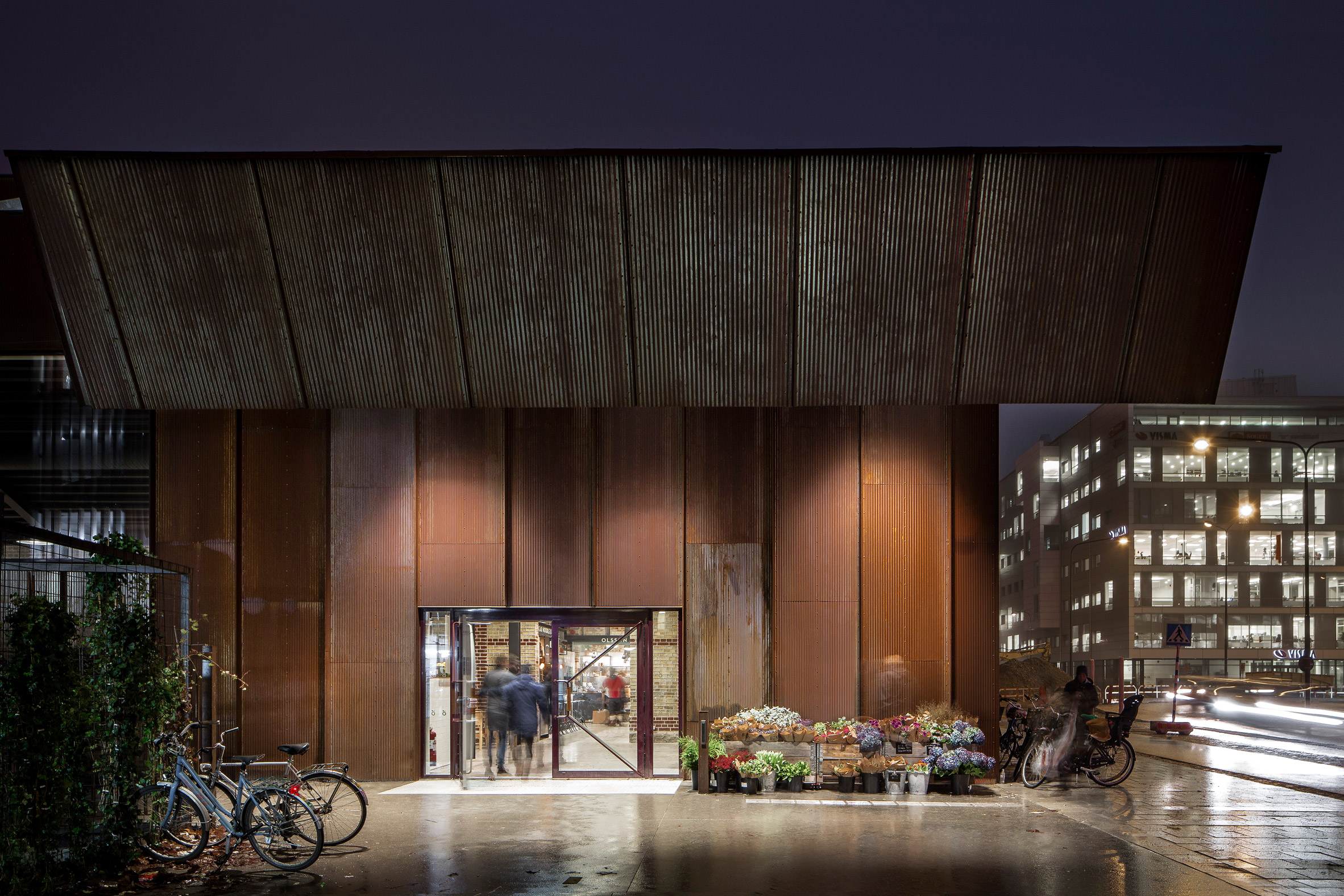 The studio repaired the old building and added a matching weathering steel extension, which mimics the building’s gabled form to create the 1,500-square-metre space, known as the Malmö Market Hall.

A cut-away allows this new block to form a slanted canopy over the entrance to the market, which now hosts 20 stalls and cafes. 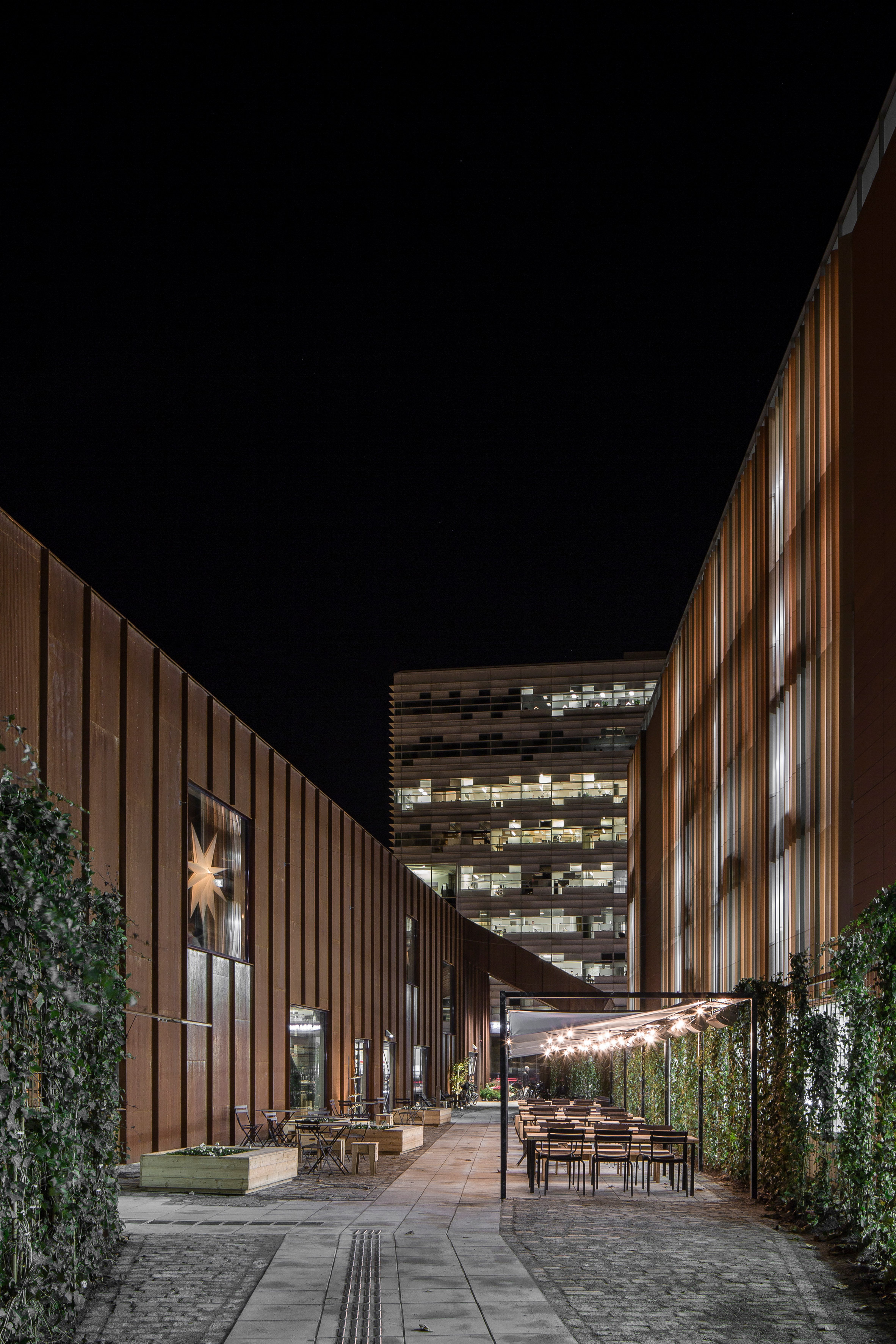 “The extension’s weathered steel cladding is reminiscent of the industrial character that has long dominated the area; just as the red-rust facades correspond to the brick cladding of the freight depot,” said the architects.

“The extension’s facade has been constructed rationally, utilising standardised, corrugated steel in combination with prominent, vertical, steel profiles; bestowing the facade with rhythm and stability in framing windows and doorways.” 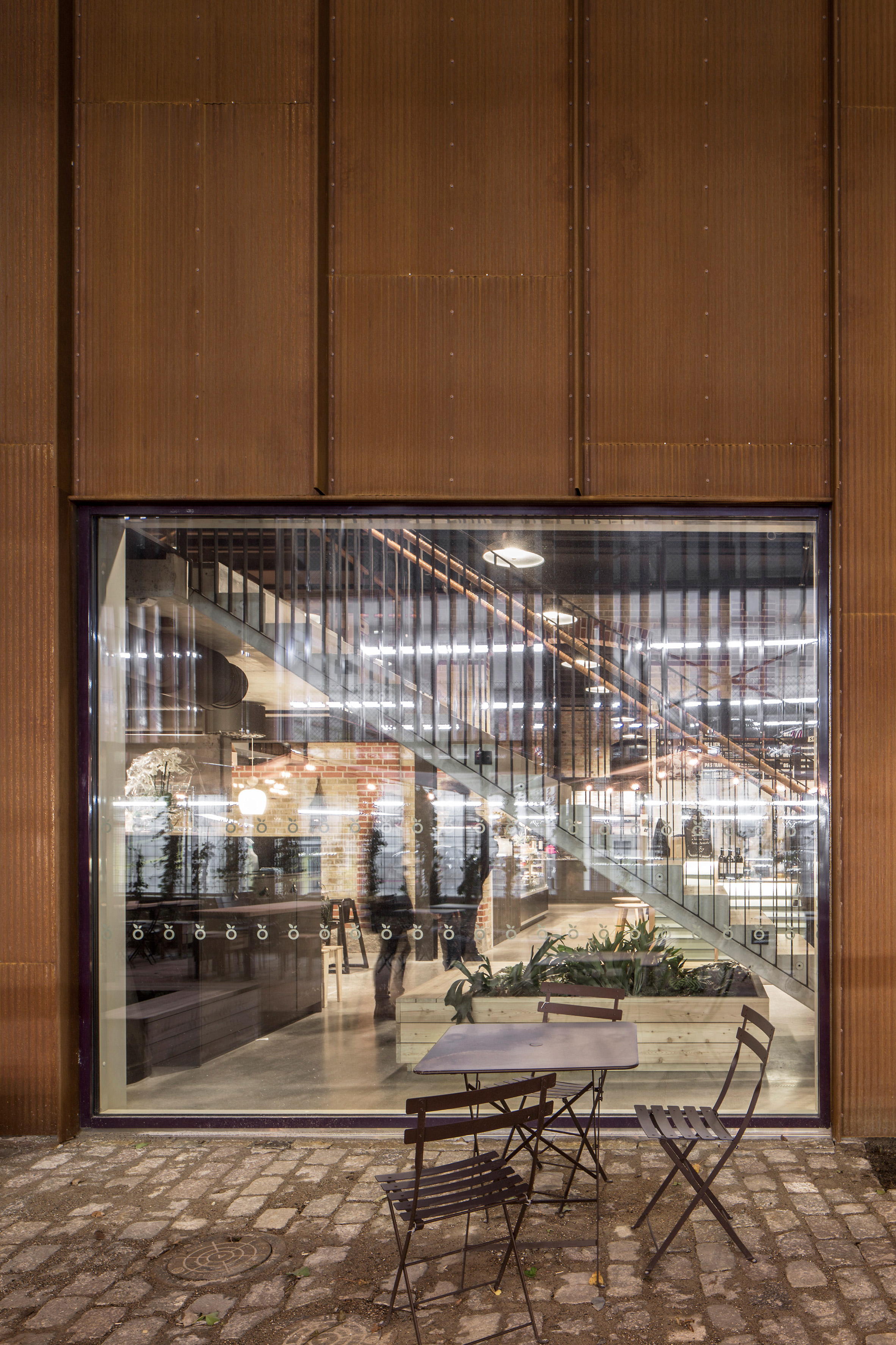 A public square set to the west of the building provides a space for outdoor stalls and events, while to the south an additional outdoor seating area is designed to double as a garden for food cultivation. 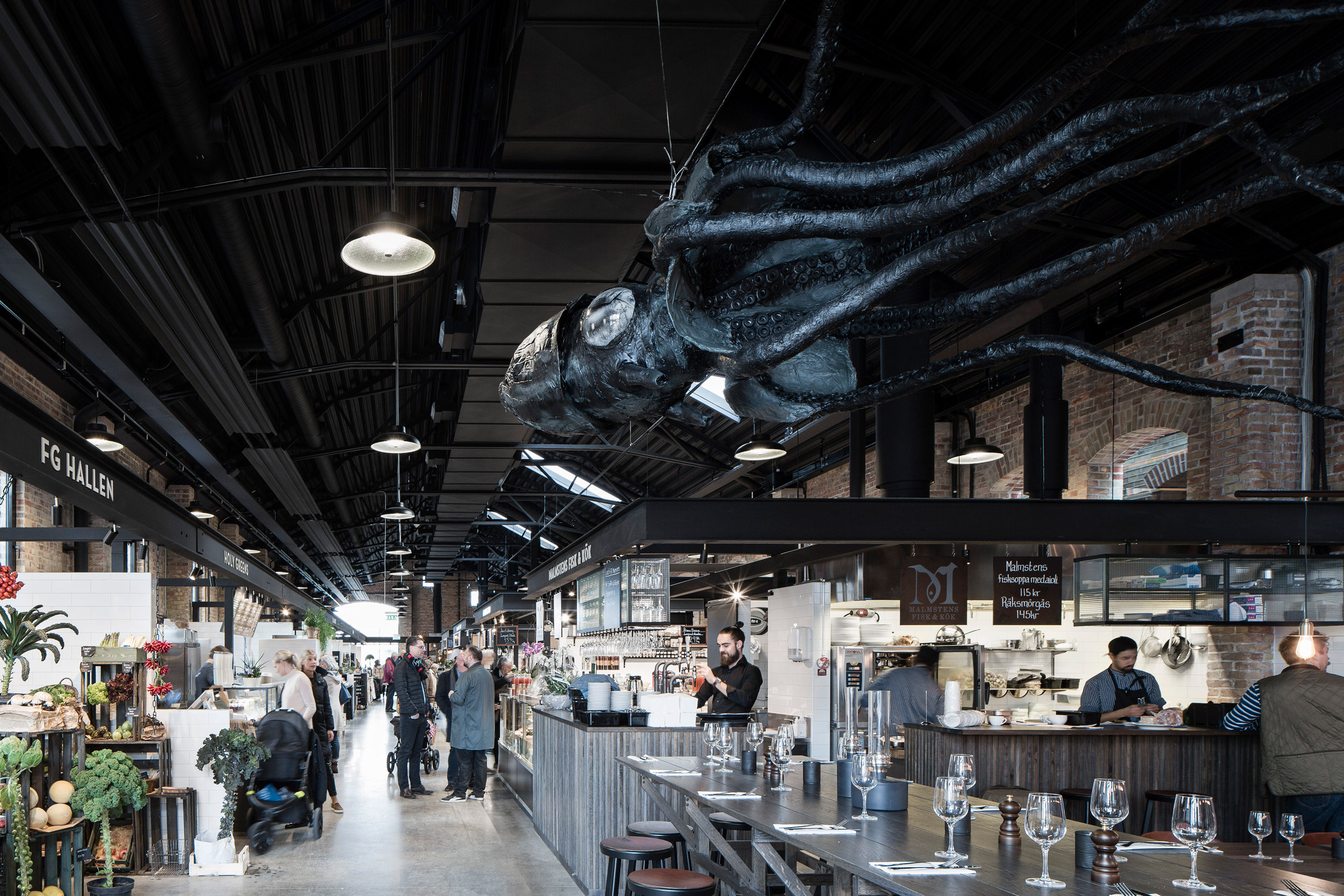 The old building was preserved both inside and out. The extension is separated from this brick structure by a strip of glass that runs up the facades and across the roof. 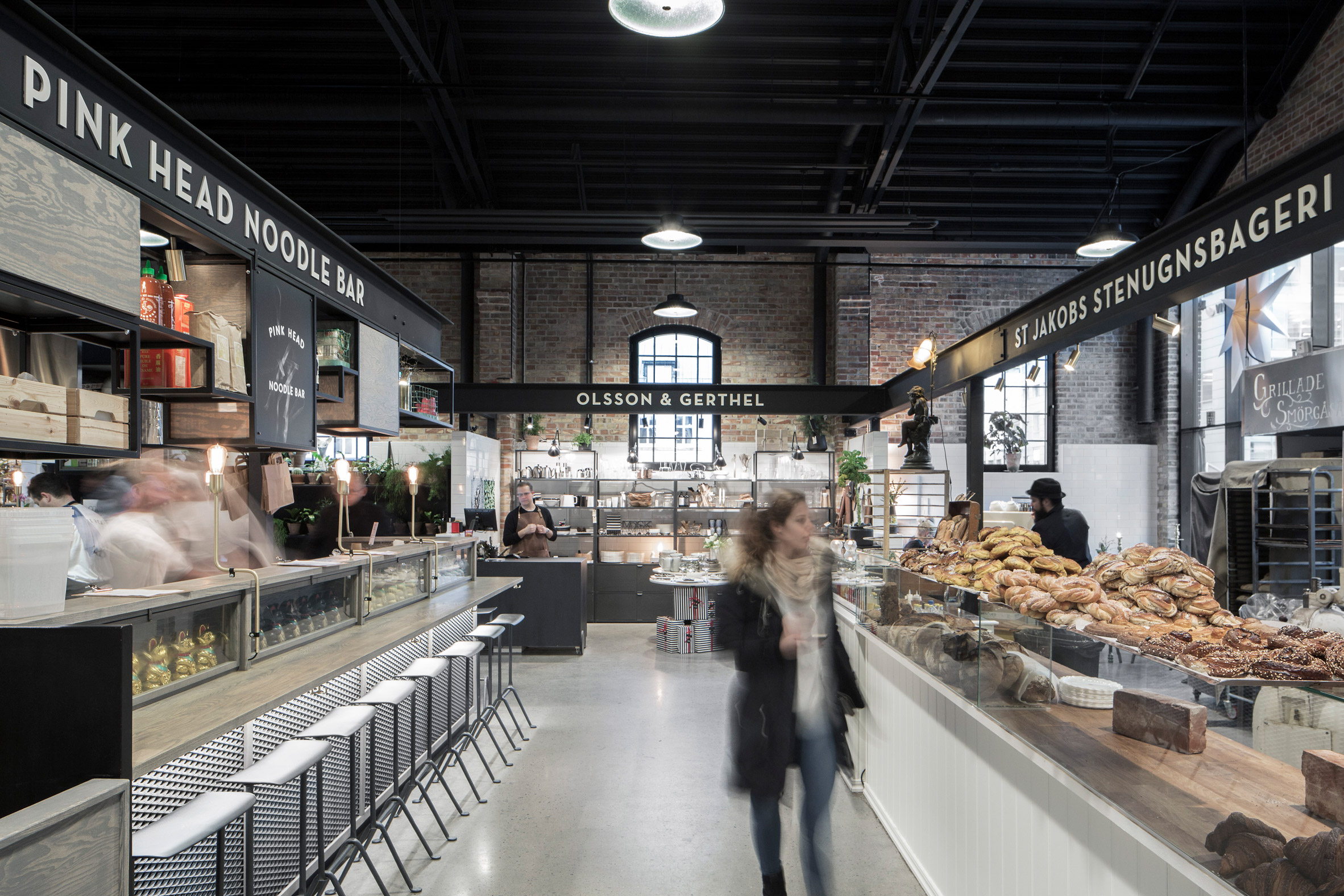 The interior of the market hall was kept simple to showcase the produce being sold by traders. A matt black ceiling and signage painted on matching black I-beams gives the space an industrial feeling in keeping with its heritage. 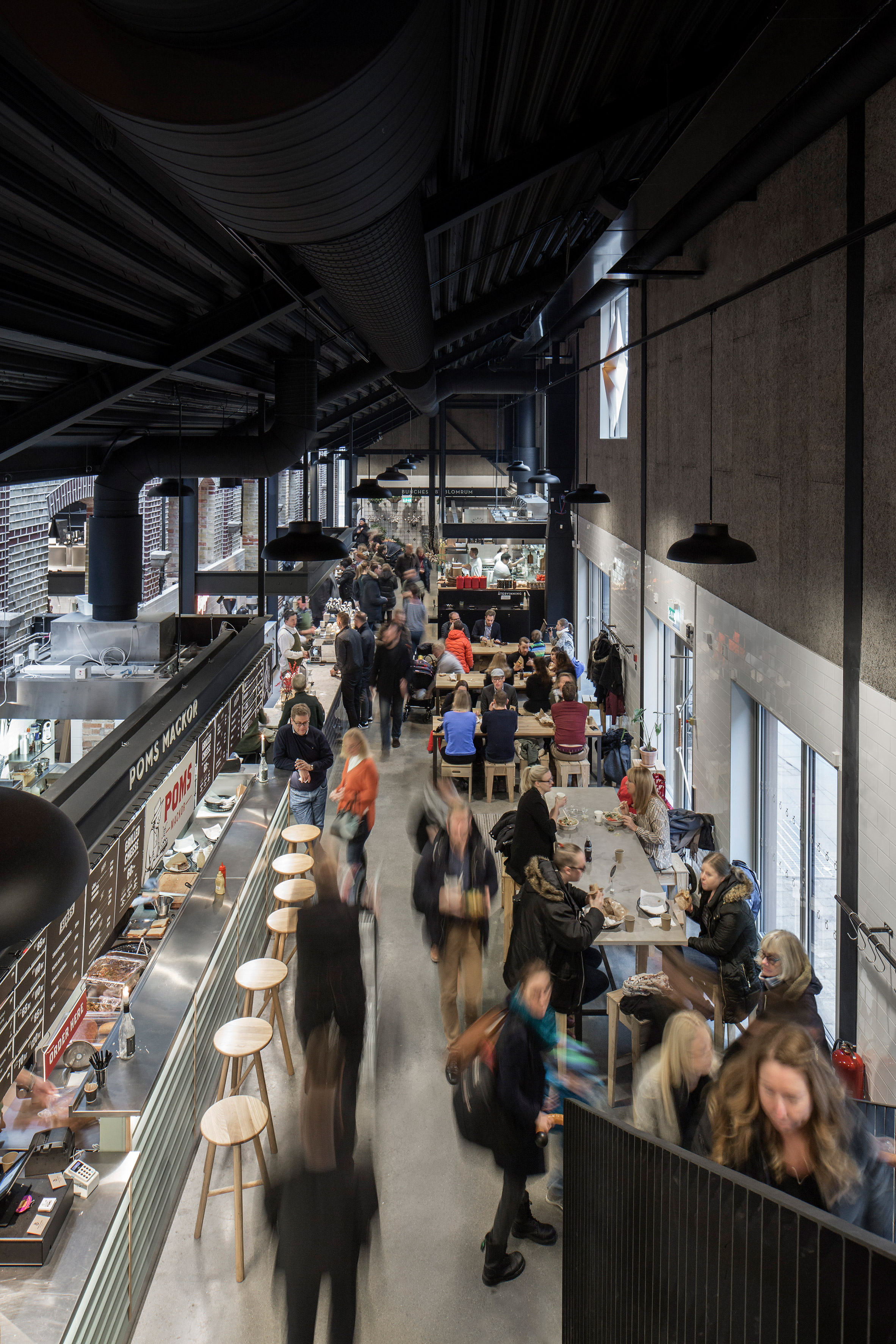 “The architecture provides a robust framework for which tenants can develop and change their identity over time,” said the architects, who also left ductwork exposed across the ceilings.

“The ceiling is matt black to direct focus toward the display counters, framed by sturdy canopies in the same colour treatment.” 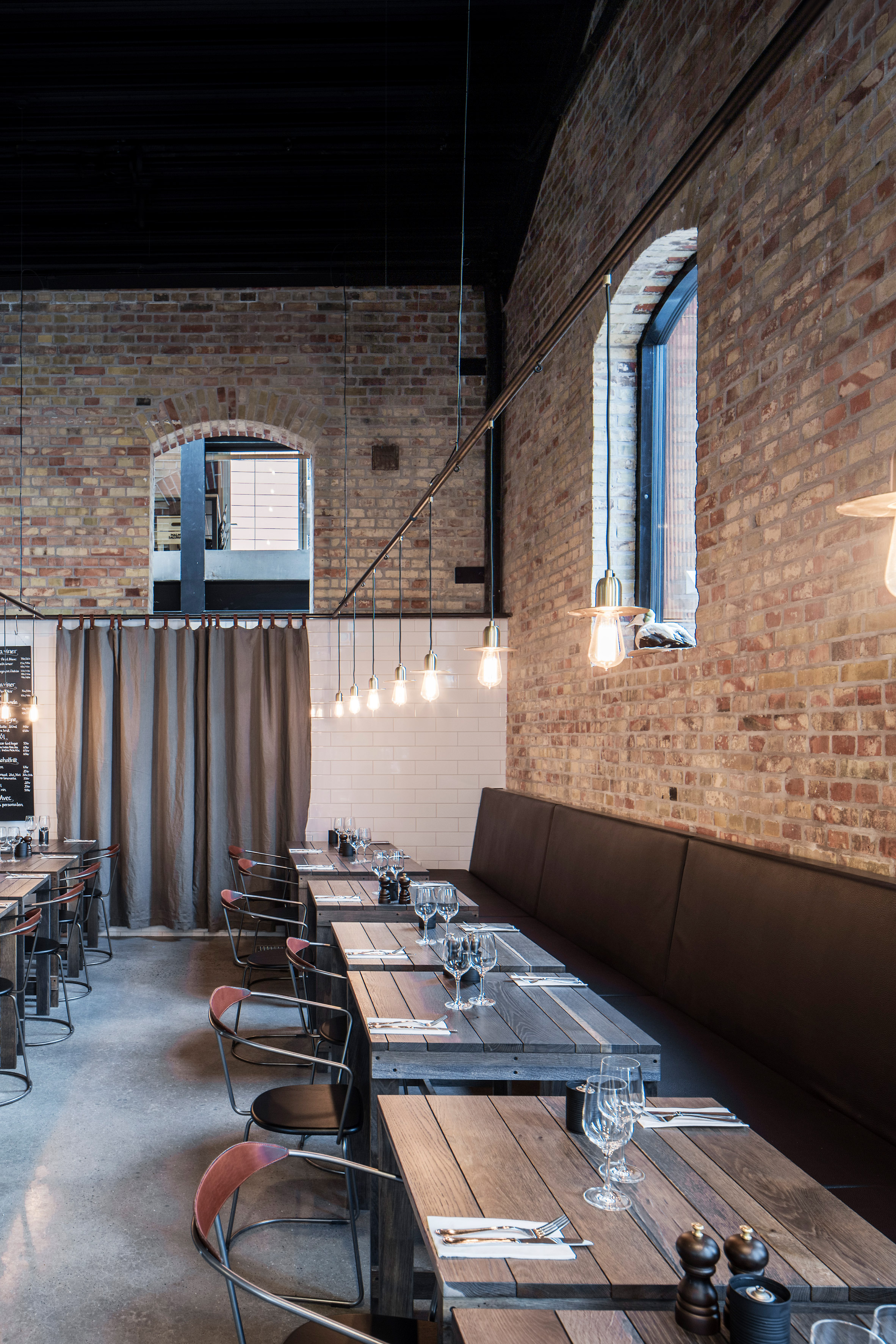 Storage areas and staff rooms are set at one end of the extension, which has a mezzanine level and forms a corridor along one side of the main market hall located inside the brick building.

Wingårdh is also behind another major shopping destination in Malmö, a huge amber-tinted shopping centre featuring a curving chasm cut into its roof. 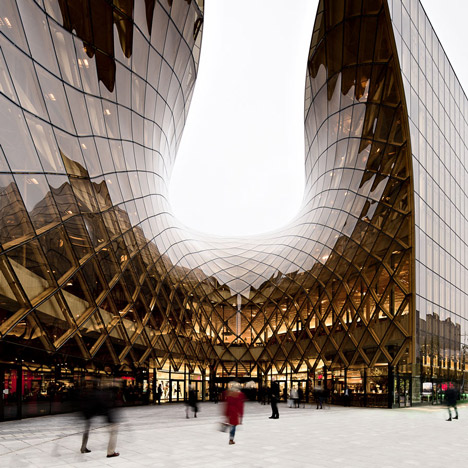 Photography is by André Pihl.