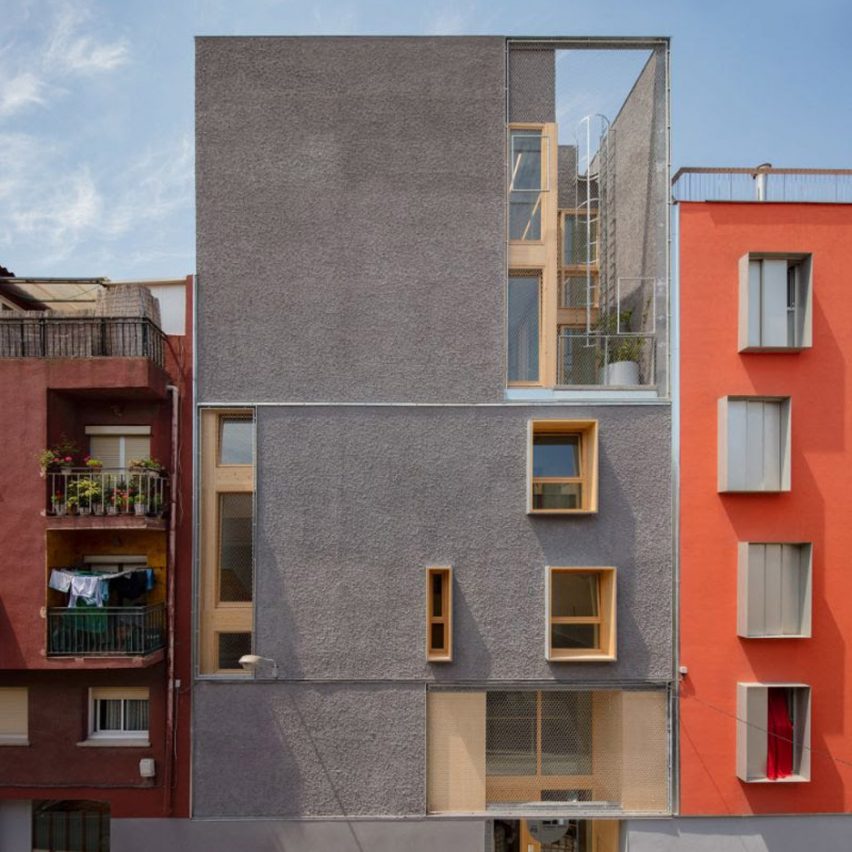 A youth centre in Spain designed by Barcelona and Madrid studio B720 Fermín Vázquez Arquitectos uses warm colours and wooden elements to create a “comforting” place.

B720 Fermín Vázquez Arquitectos designed the centre in the Catalonian municipality of Badalona for the Germina Foundation, an organisation that works with children and young people at risk of social exclusion. 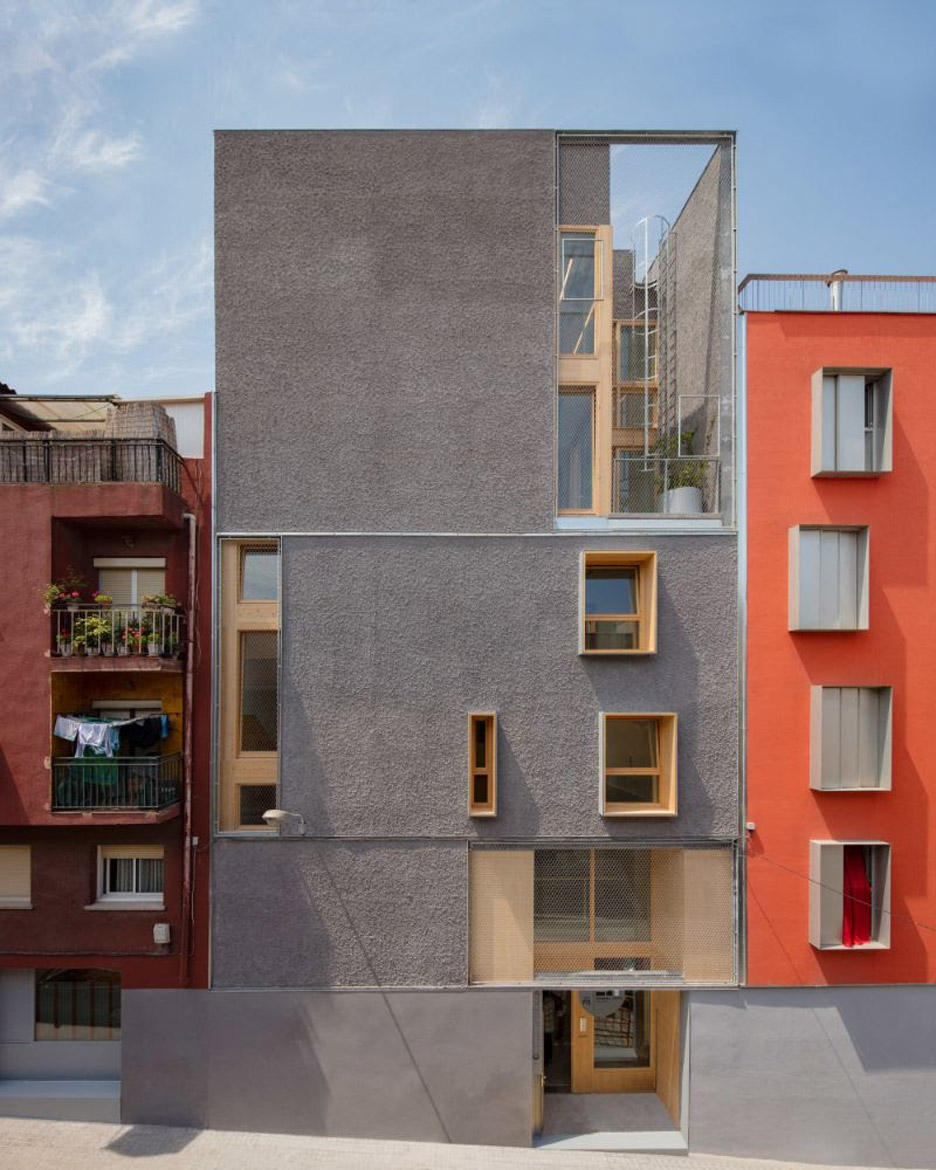 The centre occupies the ground floor of two existing buildings, as well as a six-storey new-build on the previously empty site between them.

The new buildings houses spaces for the foundation’s administrative staff alongside a kitchen, play area and a series of workshop areas.

“The duality between a comforting interior space [is] intended to provide a second home in which children will feel well cared for,” said the studio.

“Despite the fragmented plan, it seemed appropriate to create a sense of unity throughout the interiors, not only in physical but also visual terms,” continued the studio.

“Against the dividing walls with no natural light, a large articulating furniture element spans all three programs, creating a solution for the myriad needs of each space in one single gesture.”

At ground level, a shared space in the new block links the three buildings. Above this on the middle levels there is a youth activities centre, with office space on the upper levels and a roof garden on top.

These three programmatic elements, which B720 Fermín Vázquez Arquitectos describe as being stacked “like three large boxes”, are united by a continuous piece of wooden super-furniture. This wooden structure divides up spaces but also provides storage, counters and visual connections between spaces. 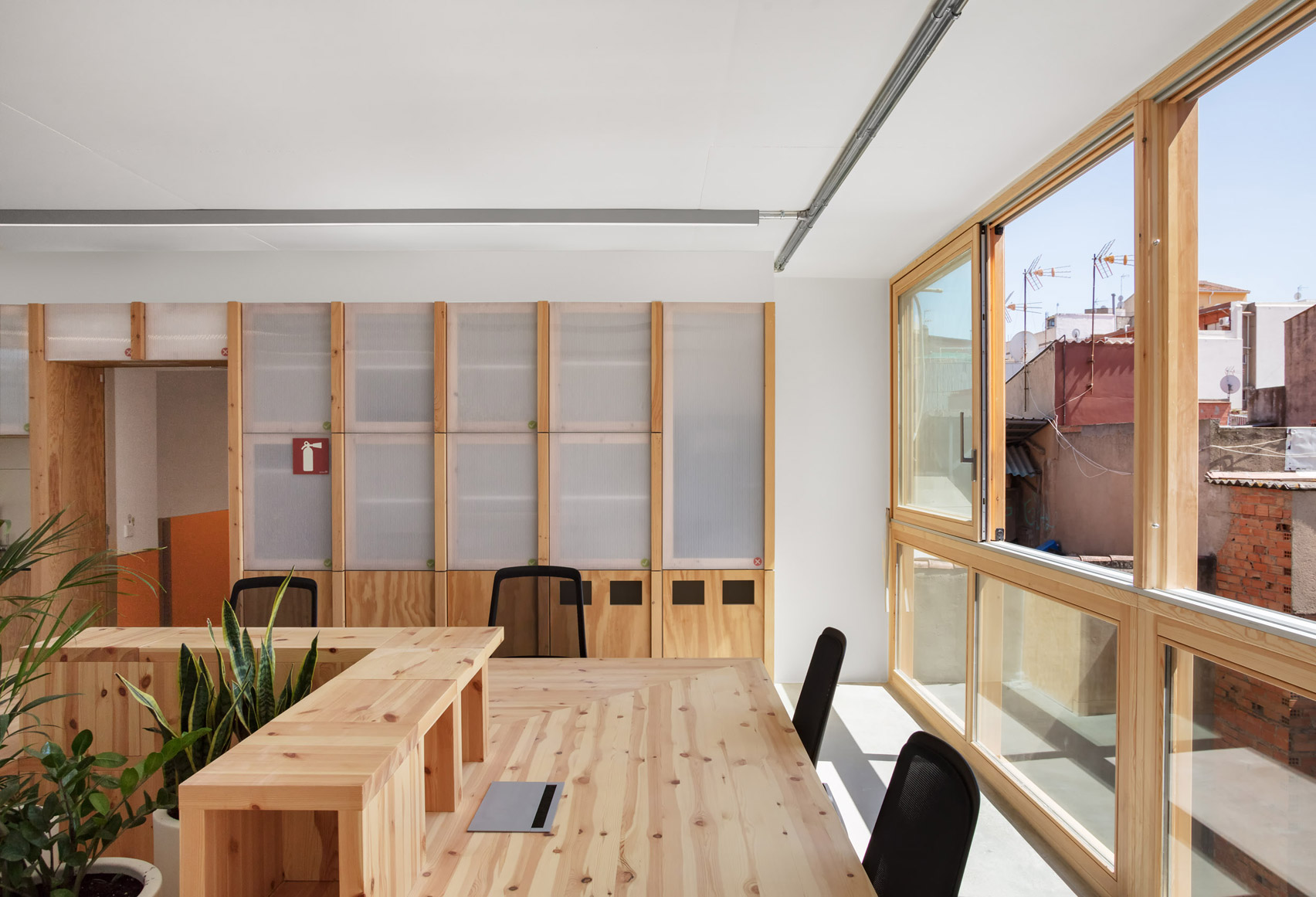 The wooden element appears and disappears throughout the building, becoming the glazed window into a meeting room, a translucent plastic screen between places or  a magnetic whiteboard unit in the workshop spaces.

Openings have been oriented to keep spaces as bright as possible despite the tight urban plot, as well as to give views out to the surrounding neighbourhood and onto two landscaped outdoor spaces. 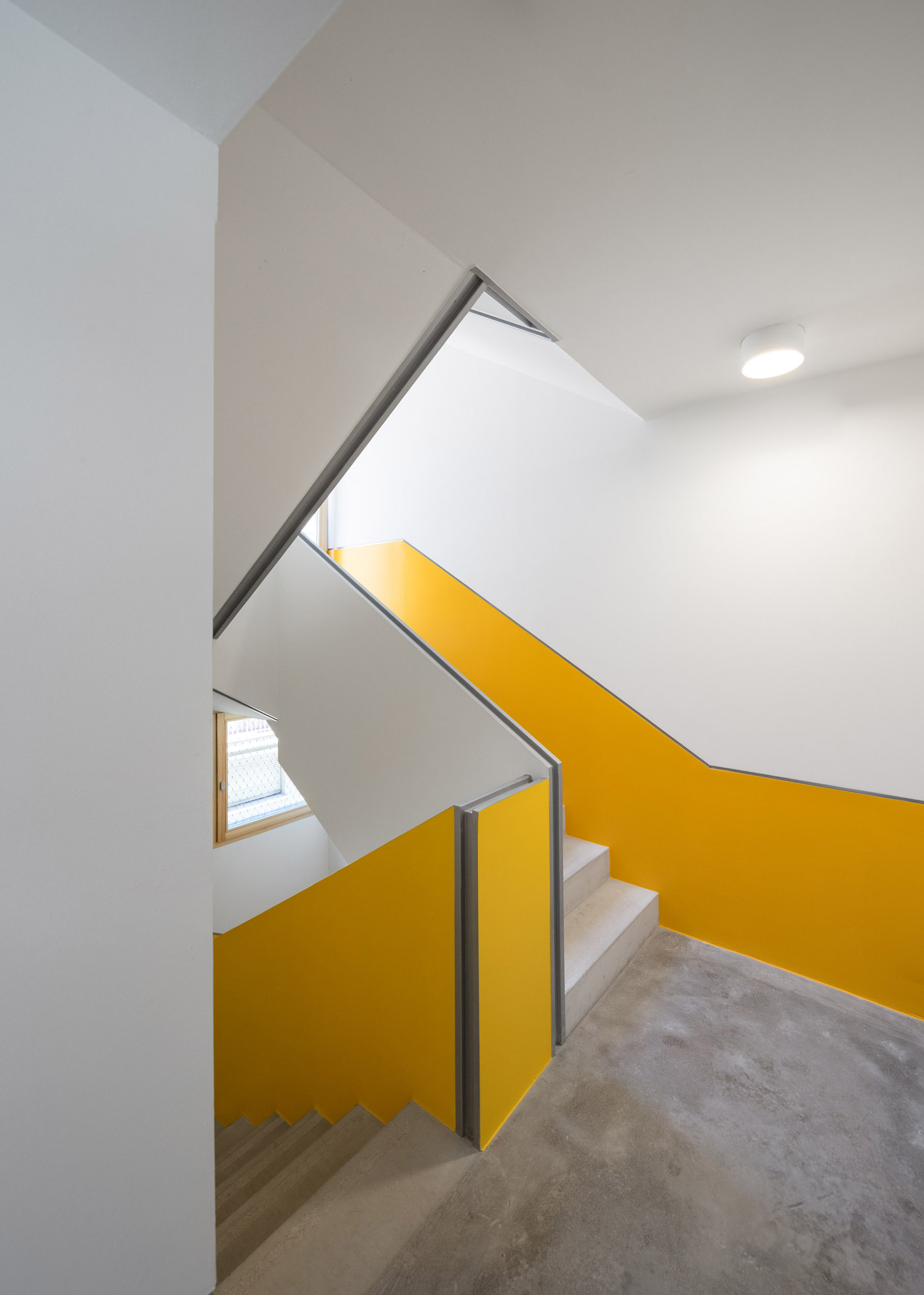 On the south elevation there is a small terrace space, as well as a series of retractable awnings that give control over the sunlight entering the building.

B720 Fermín Vaquéz Arquitectos has previously worked on a new admin building and control tower for Aeroport Lleida-Alguaire.

Photography is by Marc Goodwin unless stated.