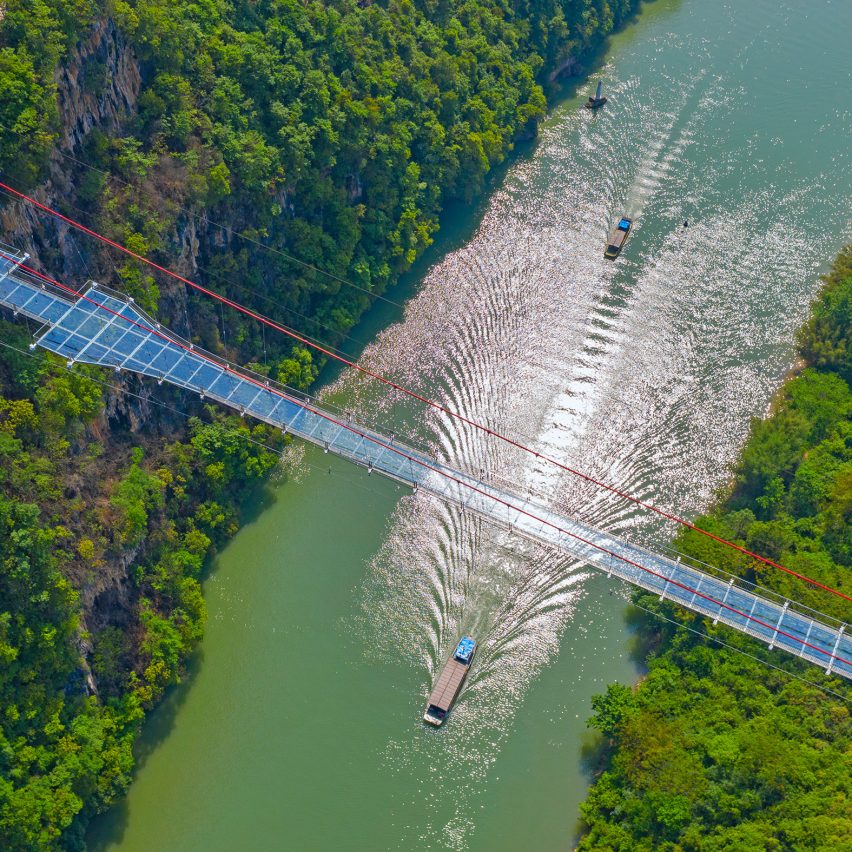 Spanning the Lianjiang River in Guangdong Province, the structure has been officially recognised by Guinness World Records as the longest glass-bottomed bridge in the world. 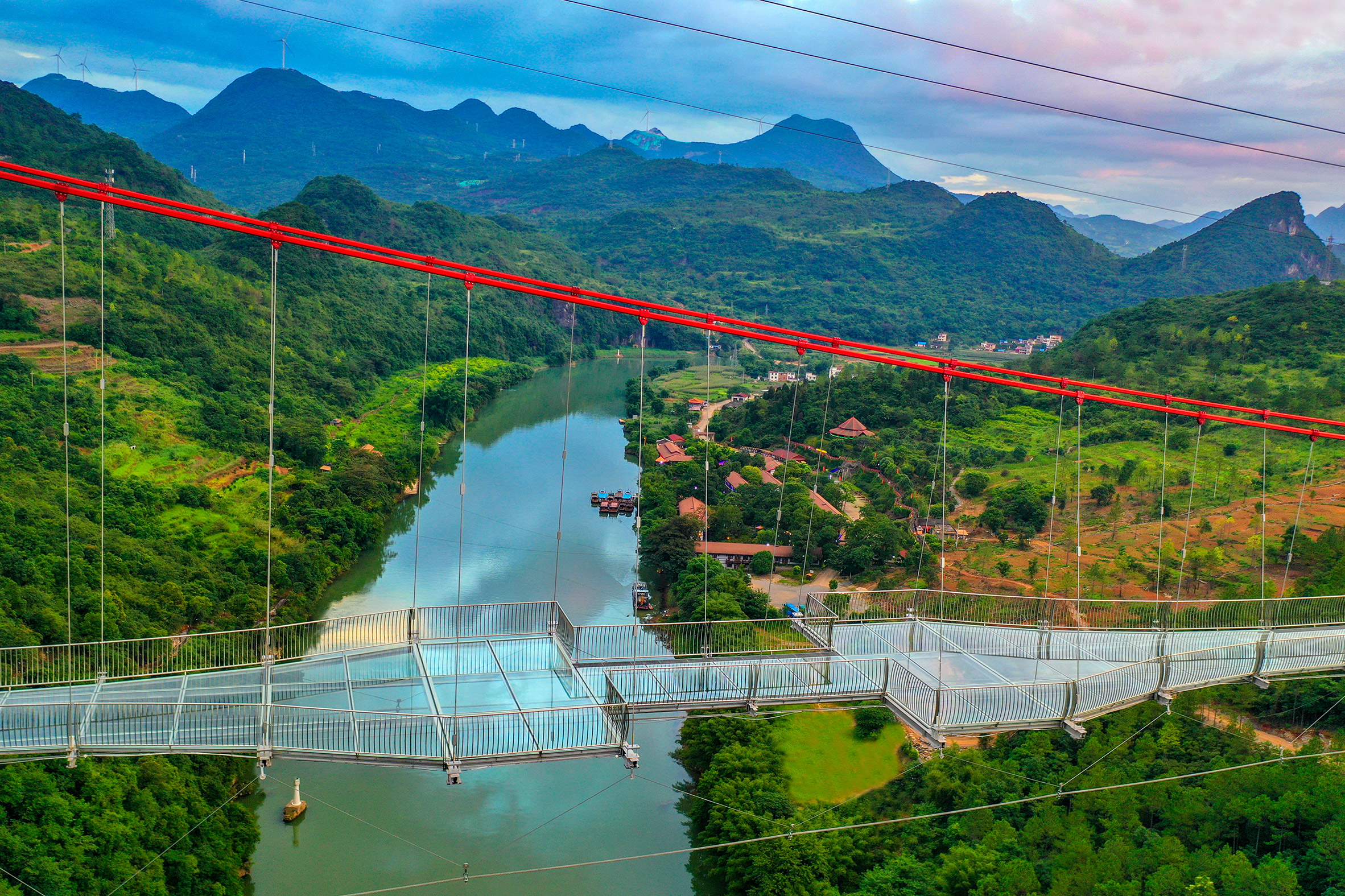 Built as a tourist attraction, the 526.14-metre-long suspension bridge connects two sides of a gorge 201 metres above the river below.

In total, the bridge has a capacity of 500 people. 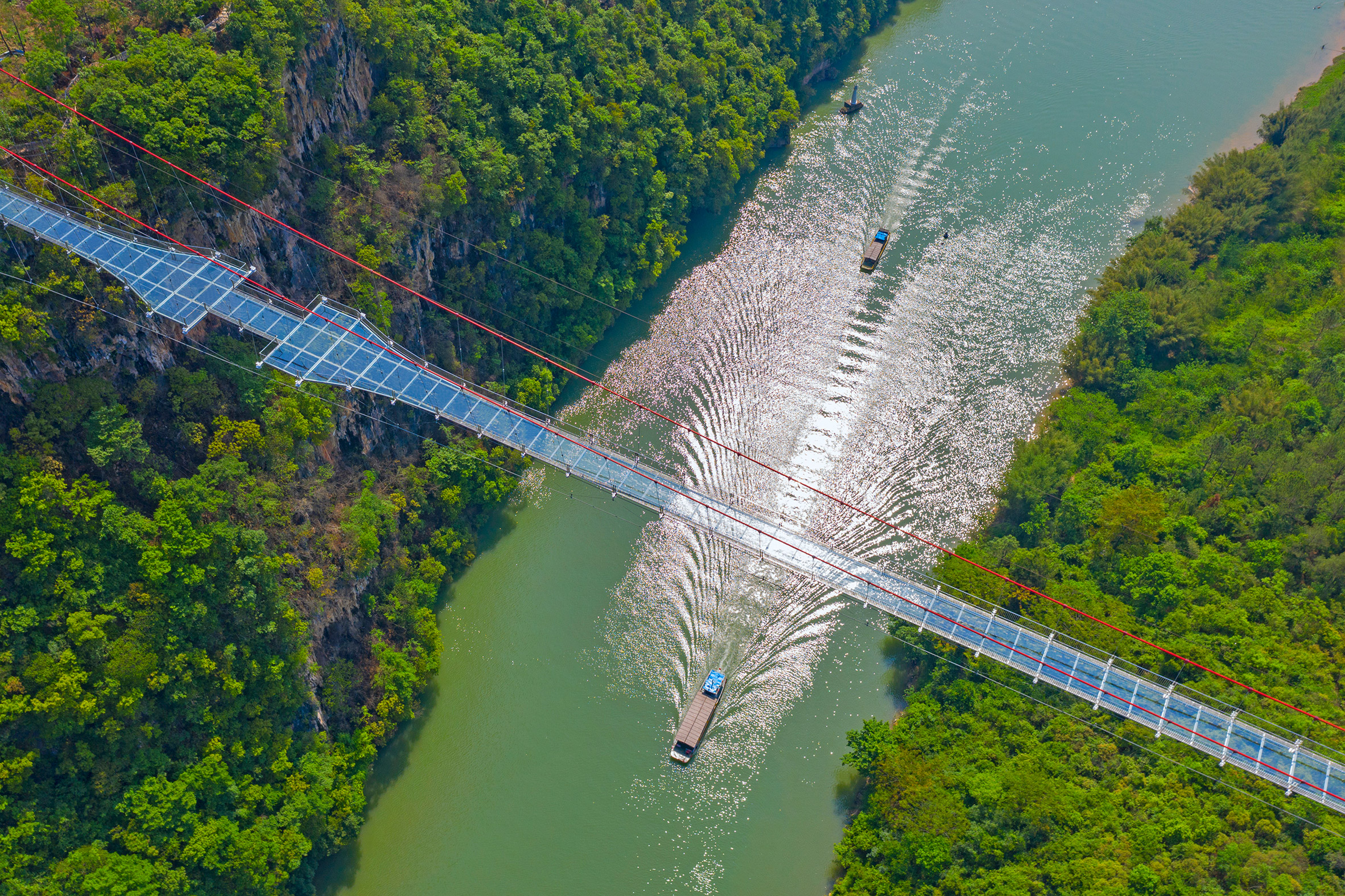 Its deck is made from three layers of 4.5-centimetre-thick tempered laminated glass. It is designed to be completely clear to allow tourists to look directly down. 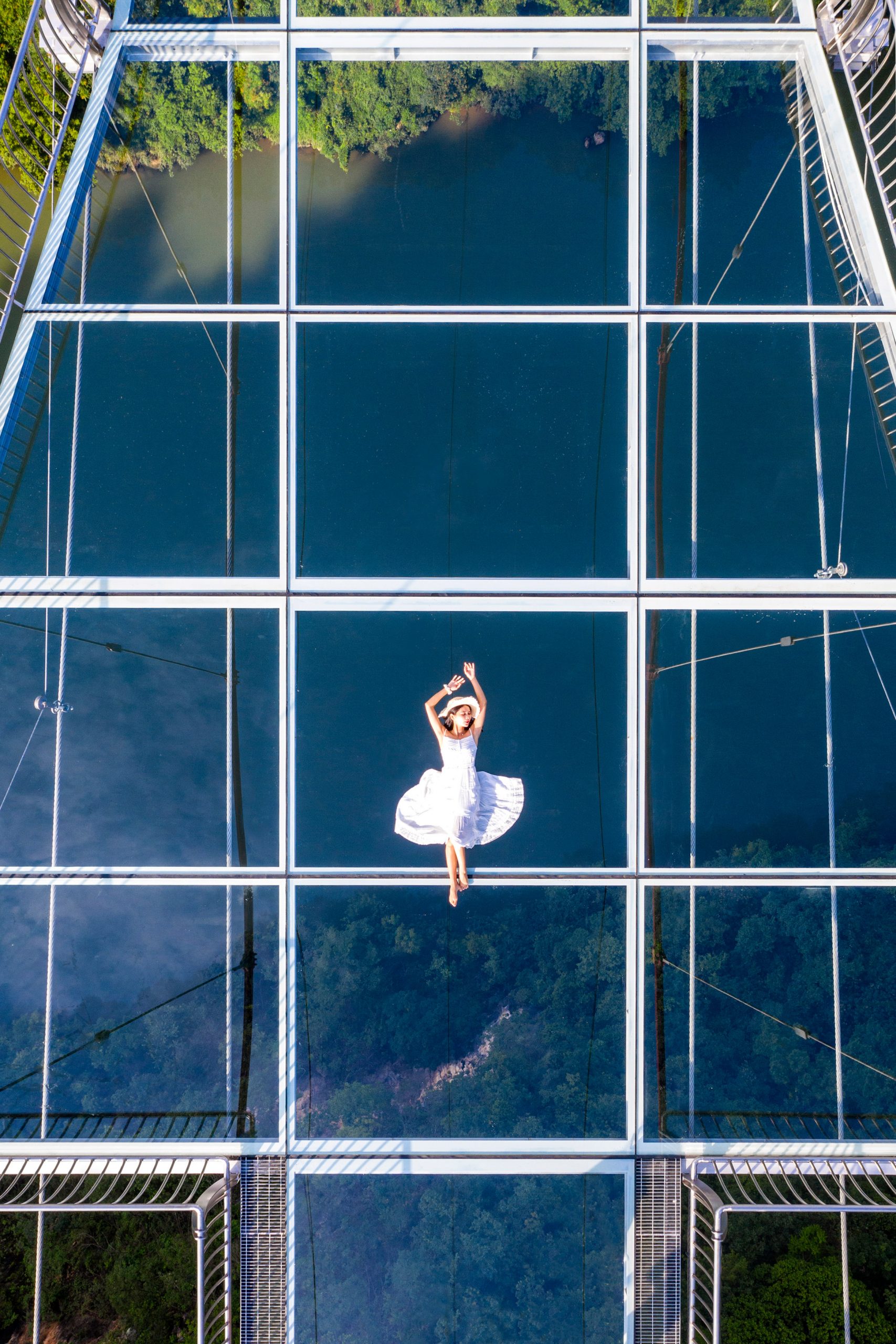 The deck, which is enclosed by steel railings, expands out to 8.8-metres wide in four sections to create large viewing areas for visitors to stop and take photographs.

It is suspended from cables supported on a pair of red towers on either side of the river. 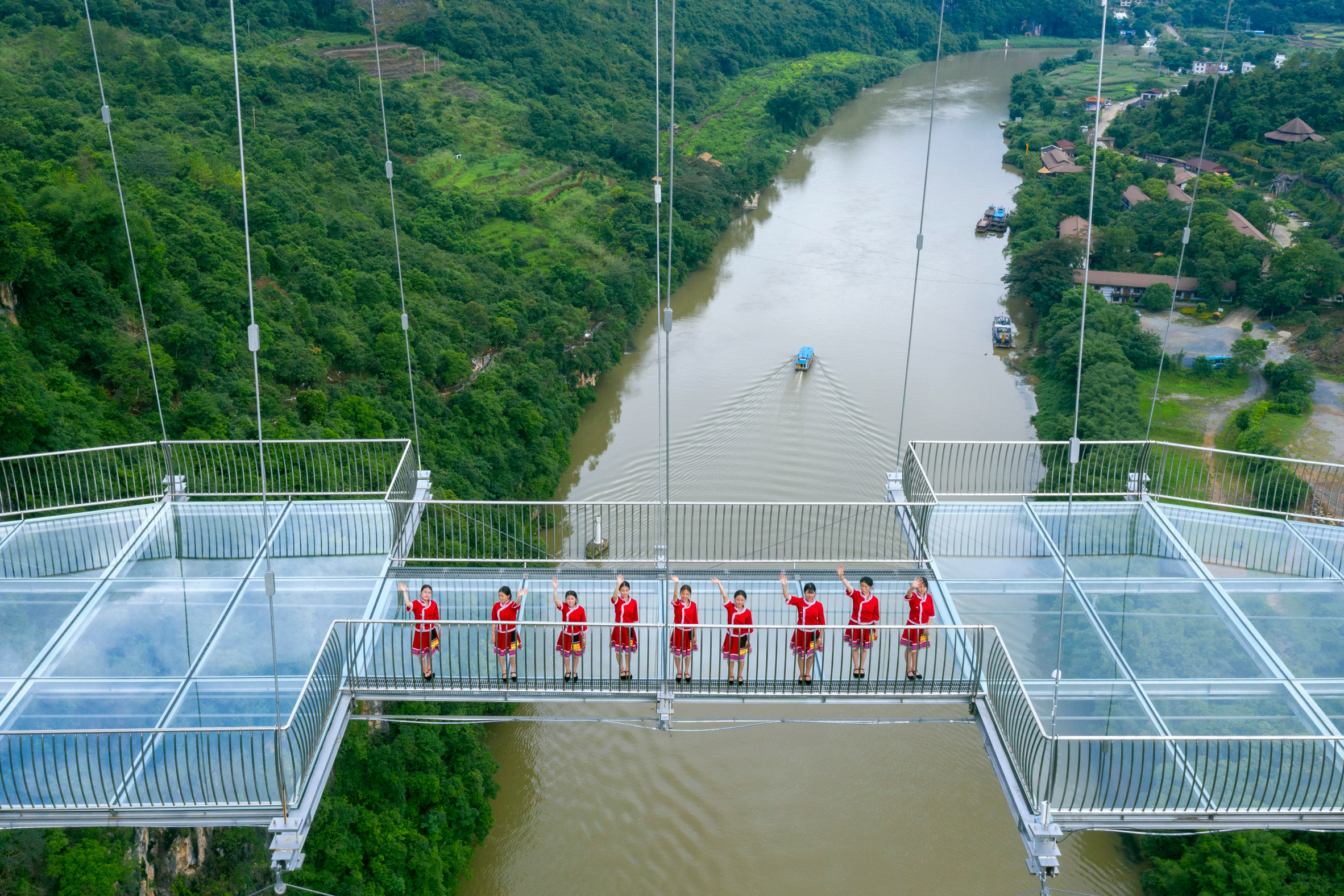 Architectural Design & Research Institute of Zhejiang University hopes that by making the deck from glass the bridge will merge into its surroundings.

“Through blending the structure into the natural surroundings and deploying innovative construction methods, the design team realized the seamless integration of nature and the artificial.” 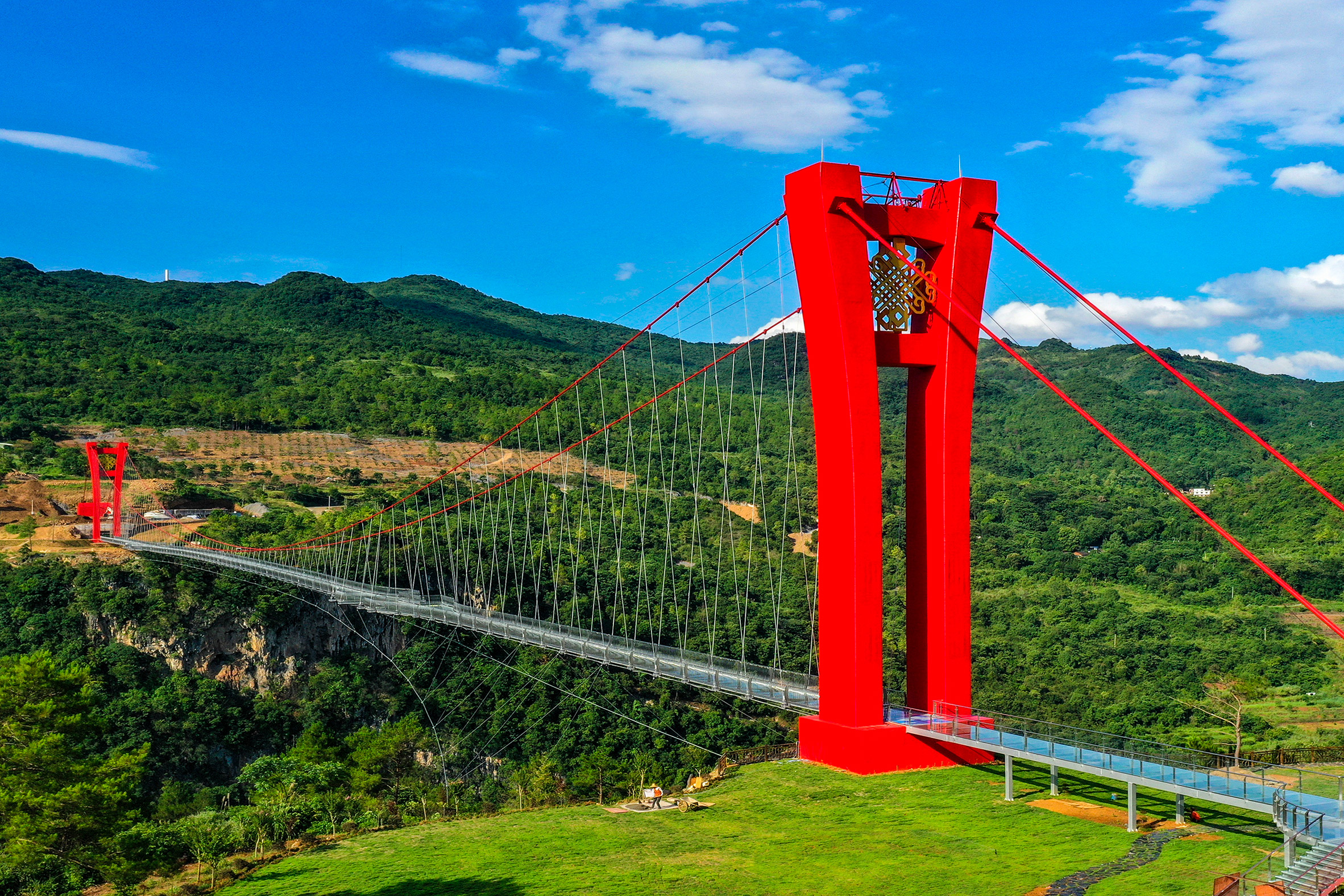 The Huangchuan Three Gorges Scenic Area structure is the latest in a succession of glass-bottomed bridges being built in China as tourist attractions. In 2019 the BBC estimated that there were 2,300 glass bridges in the country.

The 430-metre-long Zhangjiajie Grand Canyon Glass Bridge, which was both the world’s tallest and longest glass bridge when it opened in 2016, arguably began the flurry of construction. The bridge was initially overwhelmed with visitors causing it to close two weeks after it opened.

This bridge lost its title to the 488-metre-long Hongyagu suspension bridge in 2018, which was designed with a deliberate sway to unnerve visitors crossing it.