Brave hikers in the Swiss Alps can now walk almost half a kilometre across this thin metal suspension bridge to reach trails on either side of a huge valley. 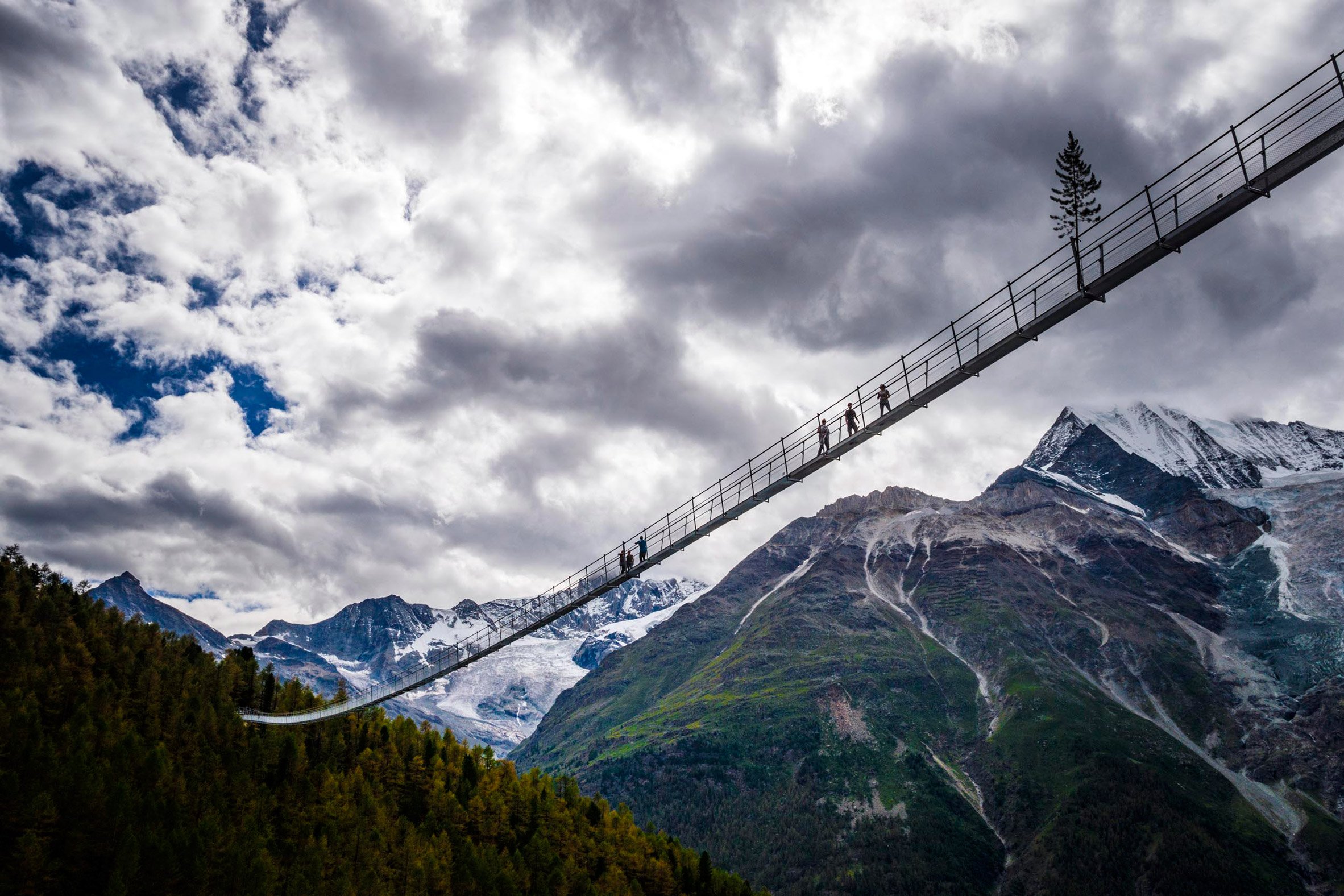 The Charles Kuonen Hängebrücke, also known as the Europe Bridge, gently swoops across Switzerland‘s deepest valley, which stretches between the popular ski resorts of Zermatt and Grächen. 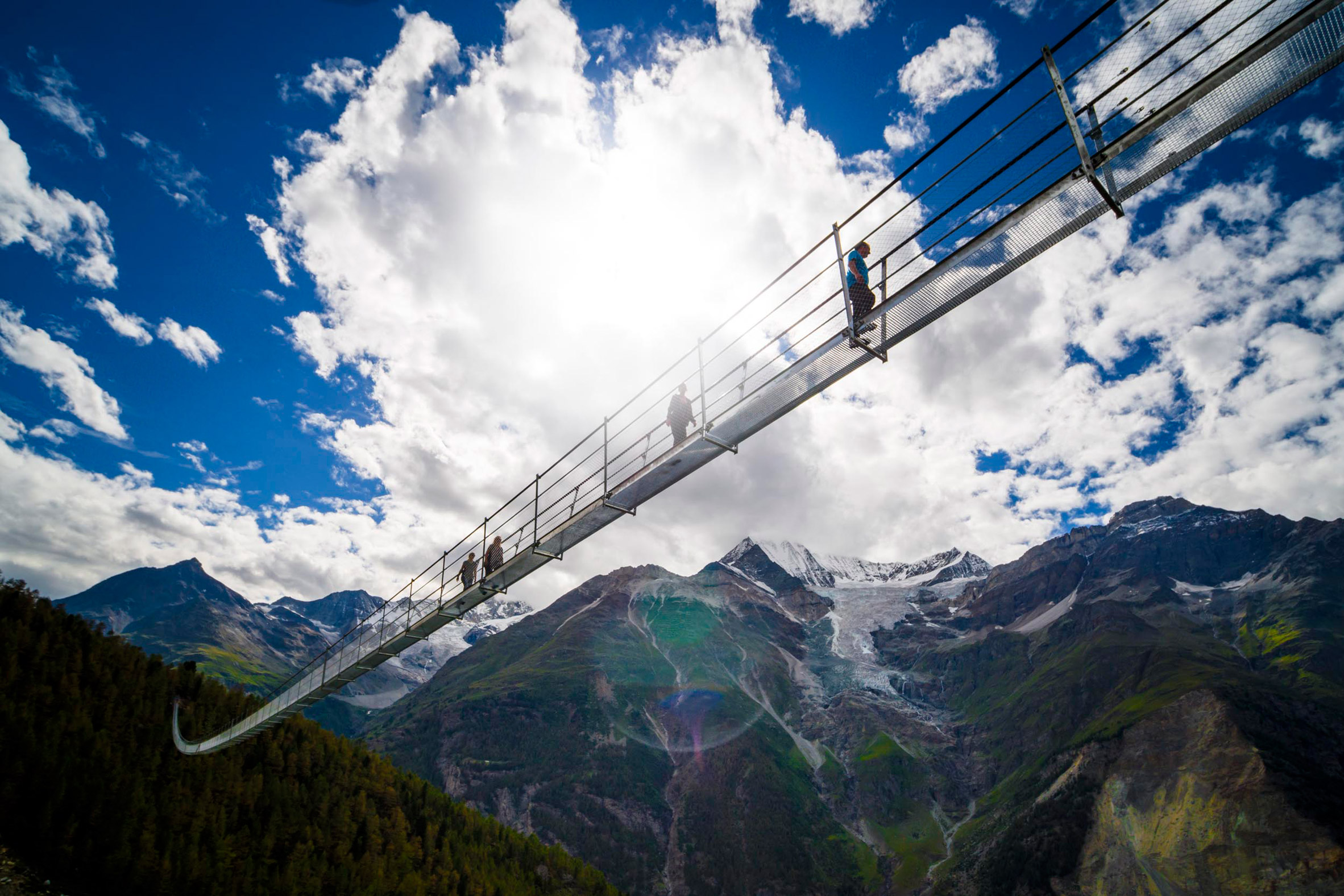 It measures 494 metres long, making it the longest pedestrian suspension bridge in the world, and hangs 84 metres above the valley floor. The metal deck is just 64 centimetres wide. 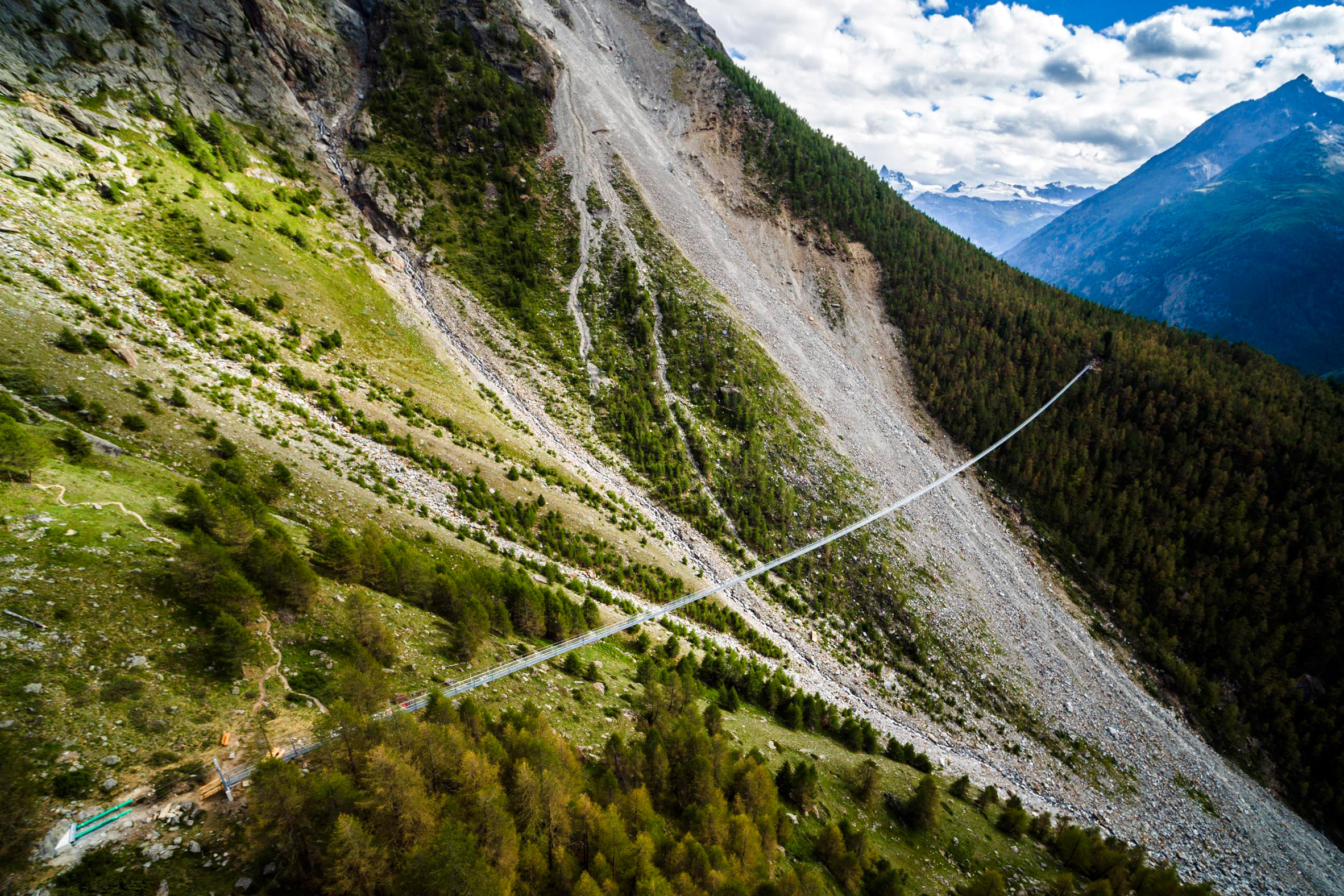 The bridge opened on 29 July 2017 to relink a hiking trail called Europaweg between the two towns, which was blocked by a rock avalanche in 2010. The tumbling boulders destroyed the existing bridge that measured 250-metres-long and sat 25 metres above ground, and opened just two months before. 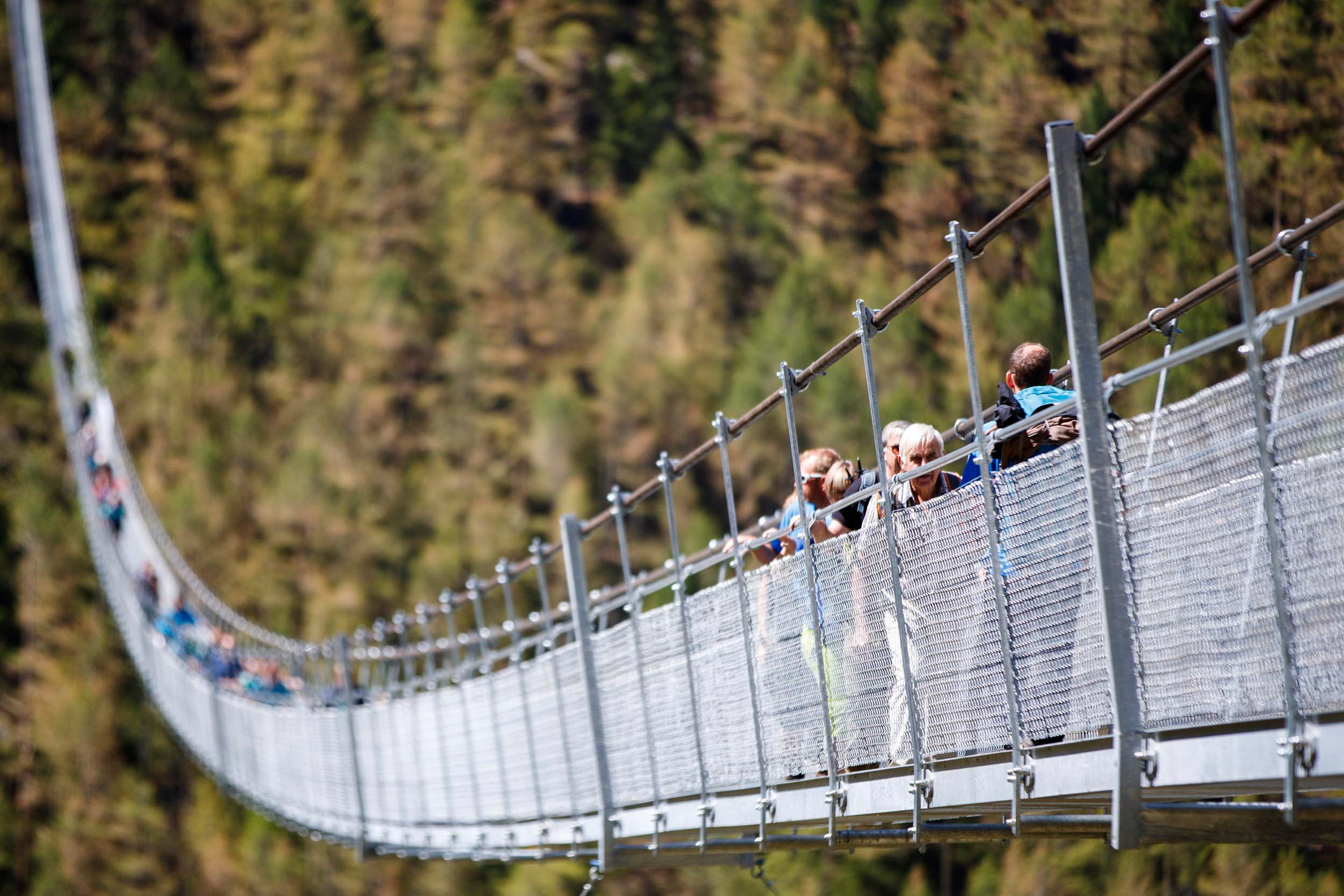 Therefore, reconstruction required the new infrastructure to be much taller and longer to avoid similar events in the future. Constructed by Swissrope, the walkway is carried by two ropes with 53-millimetre diameters that are firmly anchored at either end. 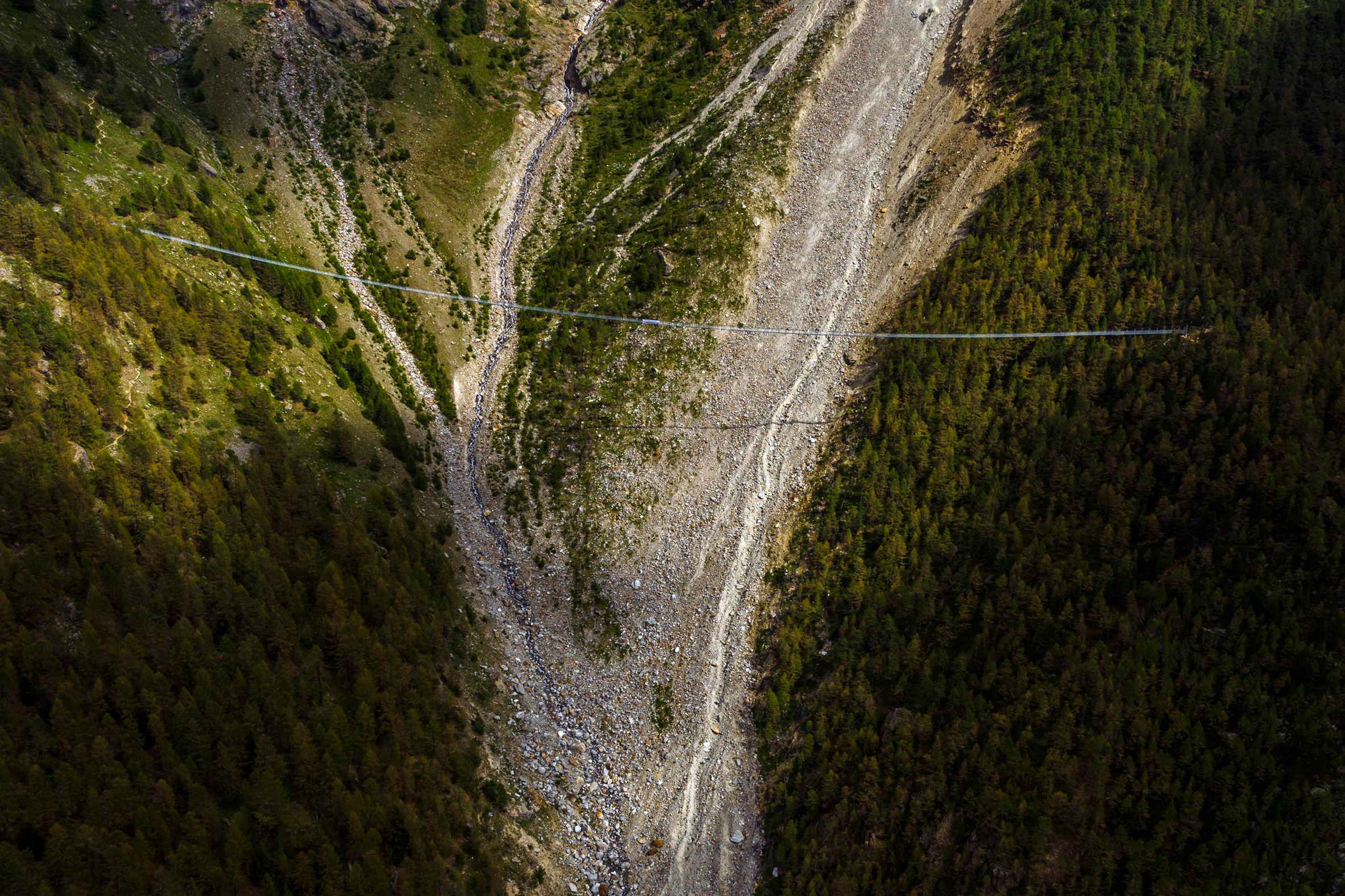 Mesh covers the tall angled sides, so as not to obstruct the striking views of the Alpine scenery. Walkers can now cross the valley with ease – as long as they have a head for heights. 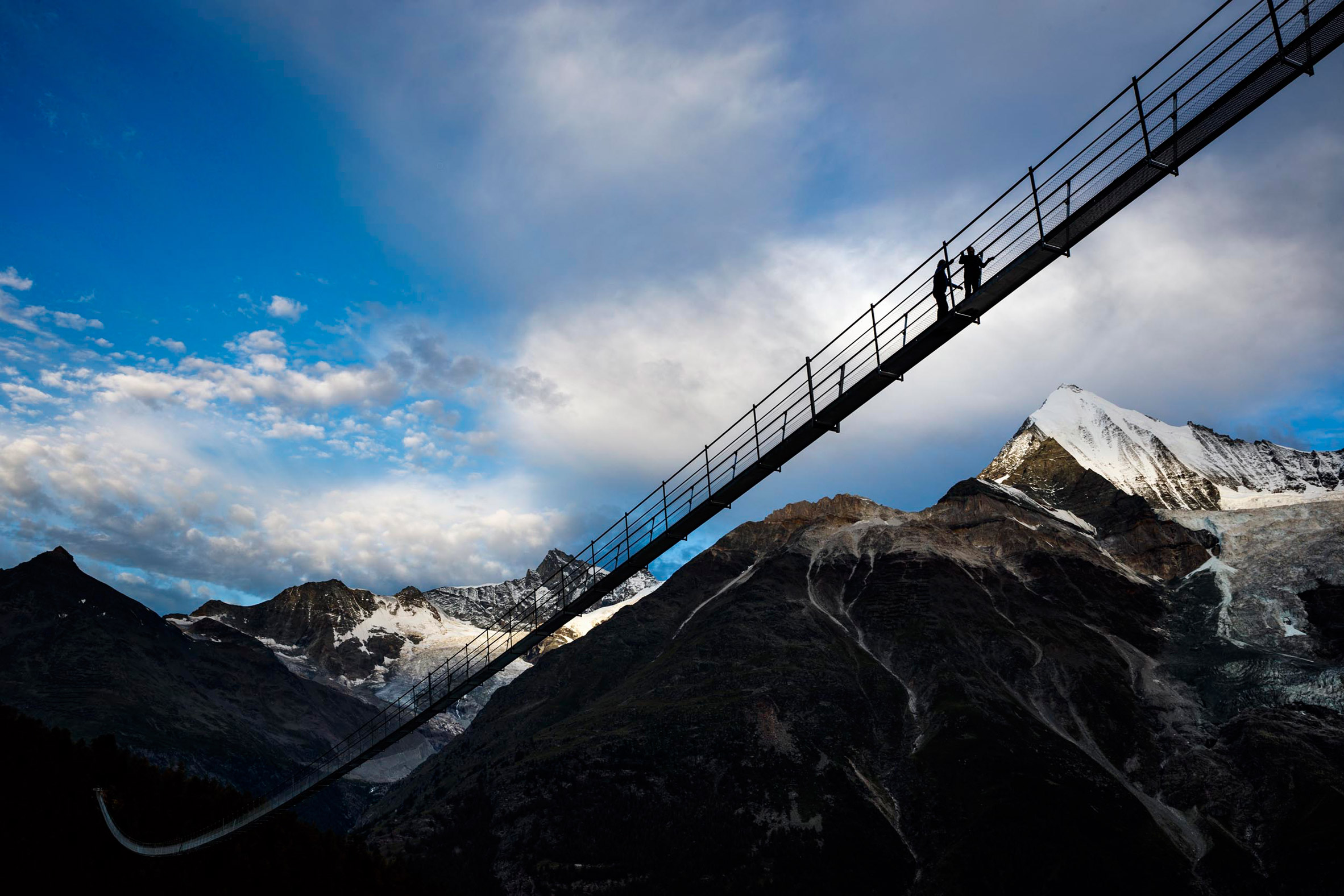 Suspension bridges can span further than any other type of bridge. They use tensile cables to support walkways or roadways below, and take many forms and sizes. 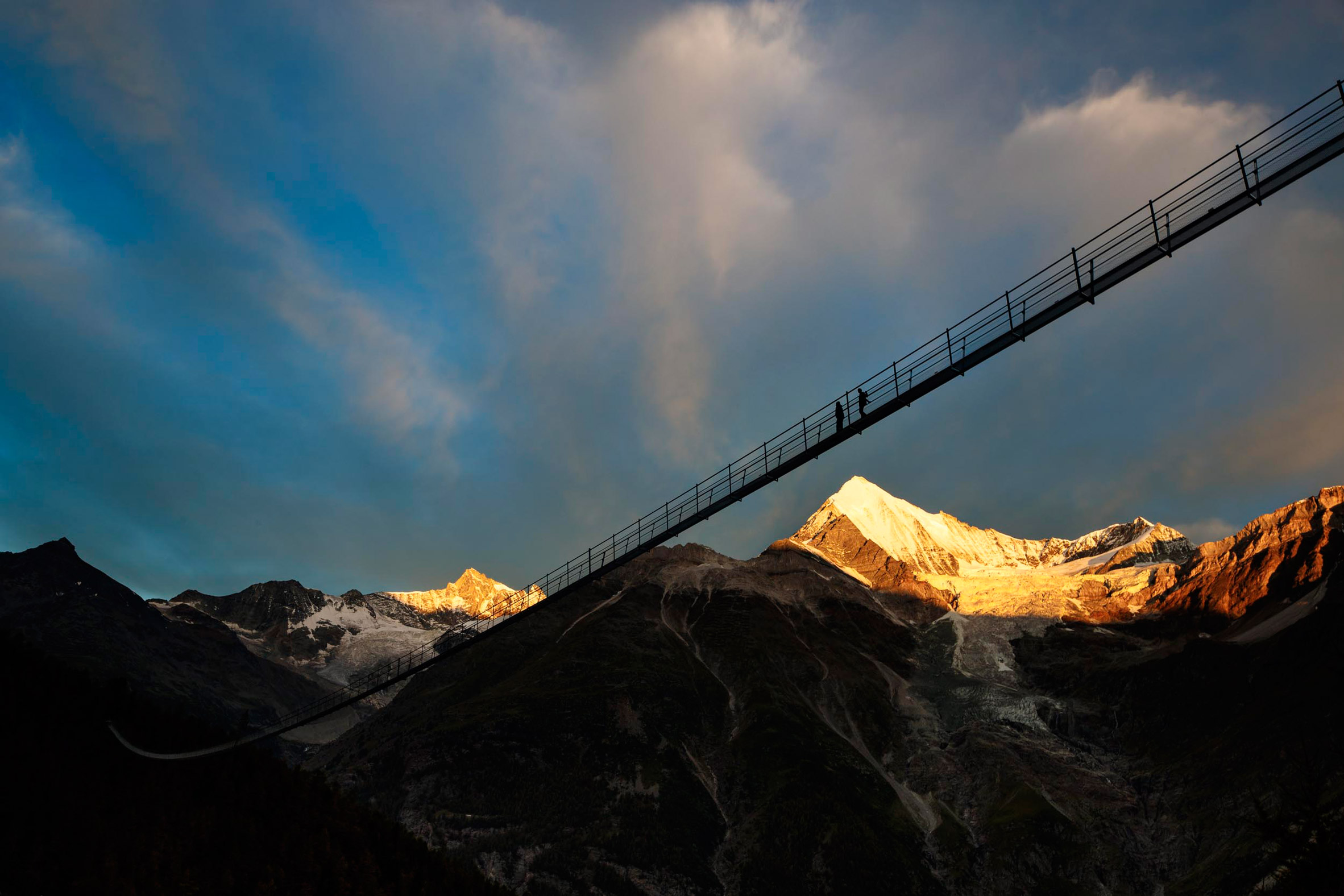 Famous examples include the Brooklyn Bridge in New York and the Golden Gate Bridge in San Francisco. The longest in the world is the Akashi Kaikyō Bridge in Kobe, Japan, which carries cars almost two kilometres across the Akashi Strait.