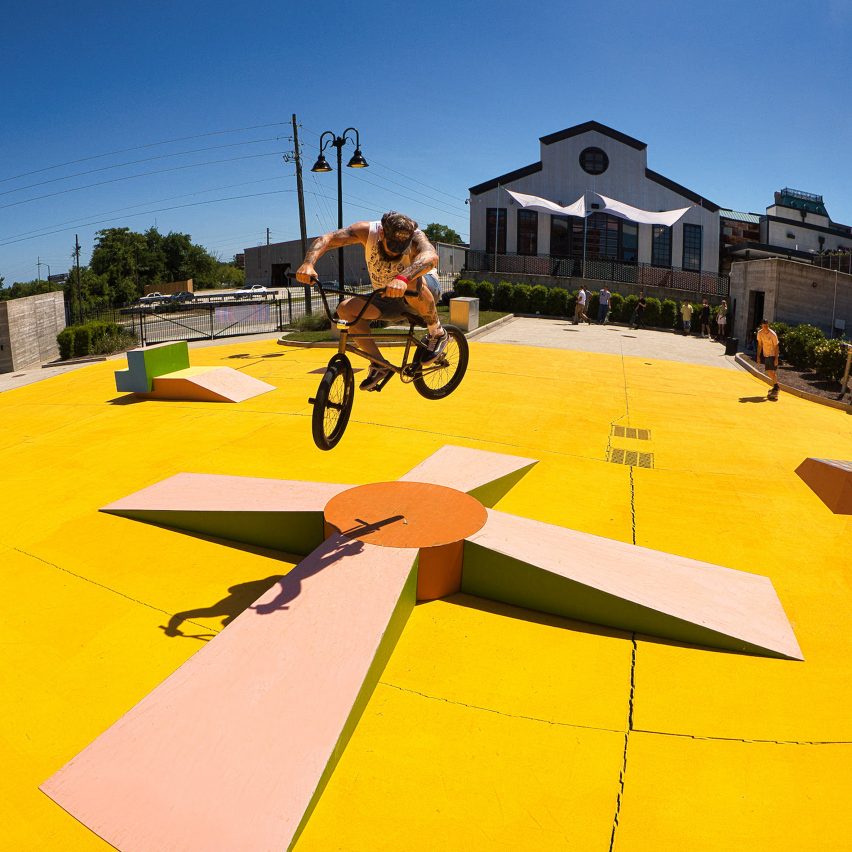 Designer Yinka Ilori has applied his trademark colourful style to a demountable skatepark in Miami’s Faena District that features salmon-pink ramps on a bright yellow floor.

It forms part of Unique Design X Group’s inaugural event at this week’s Design Miami that takes place in the city’s Faena District.

Defining itself as “a team of colour-obsessed architects and designers”, Ilori’s studio is known for its vibrant and often intricately-patterned work.

The Miami skatepark is a large expanse of yellow space surrounded by patches of grass and trees, while quirky-shaped skate ramps are coloured in a mixture of salmon-pink, orange, green and blue.

Ilori designed the skatepark in partnership with American skateboarder Tony Hawk’s The Skatepark Project – a non-profit organisation with a mission to provide accessible places for young people to skateboard in underserved communities.

Each year, Unique Design X Group plans to commission an artist to design and install a temporary skatepark in Miami. 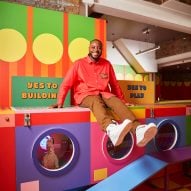 “A permanent skatepark is a major undertaking both financially, and due to the permanent allocation of a large space,” said Unique Design X Group.

“The possibility of being able to assemble and disassemble the skateable obstacles is what makes these [temporary] parks ‘kits’.”

Yinka Ilori is a British-Nigerian designer based in London. Last year, he transformed a former exhibition hall in France into another vibrantly-coloured skatepark.

Other recent skatepark projects include La Duna in Mexico, the design of which was informed by the undulating forms of sand dunes.

The images are courtesy of Unique Design X Group and Yinka Ilori.

Unique Design X Miami @ Faena District is on show in Miami until 5 December 2021 as part of Design Miami. See Dezeen Events Guide for an up-to-date list of architecture and design events taking place around the world.