Spanish Zooco Estudio has completed a complex of granite-clad buildings in the city of Verín that come together to form an arts centre for the Galician region. 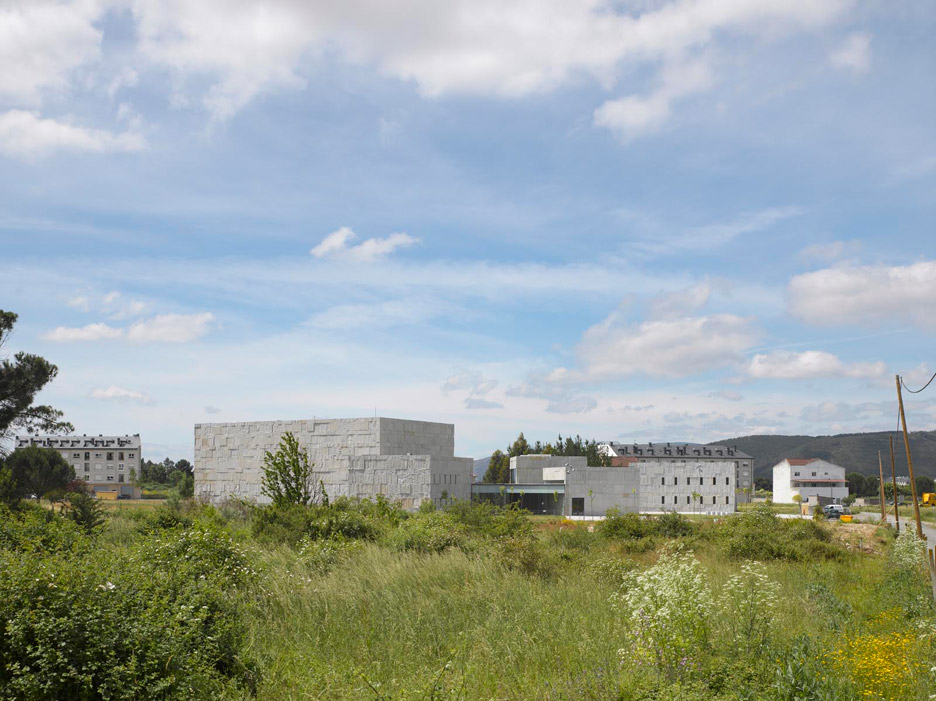 The architects were awarded the Silver A’Design Award for their 3,750-square-metre arts centre, which is made up of ten separate spaces housed within irregularly-cut, stone-clad volumes.

The larger block contains a submerged auditorium, with the smaller buildings around it host a restaurant, classrooms and an administrative hub. 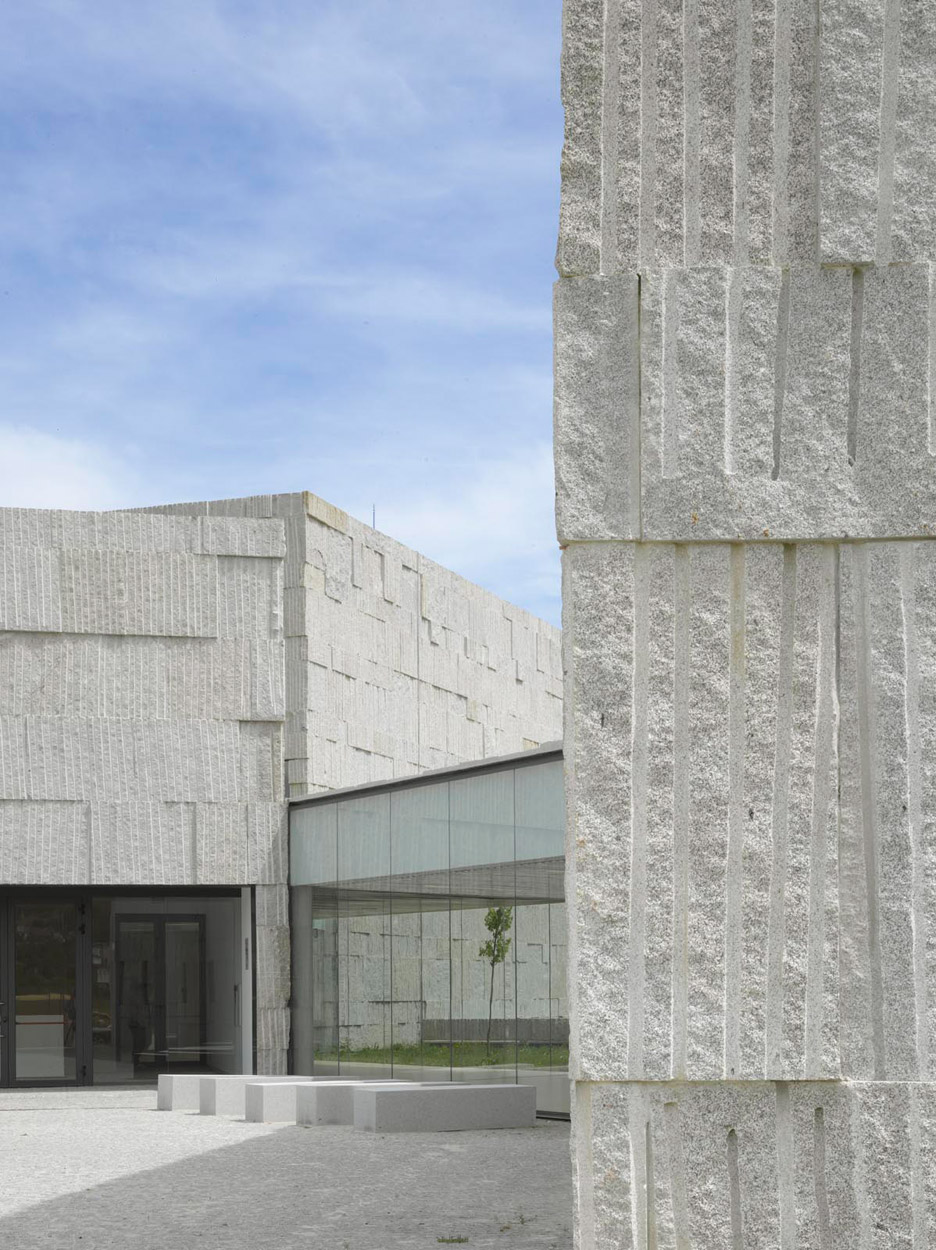 The client, the City Hall of Verín, required each part of the building to be considered as a separate unit, while still maintaining a sense of cohesion.

The architects evoked this illusion by designing an irregular roofline for the separate volumes to give the appearance of a cluster of individual buildings. 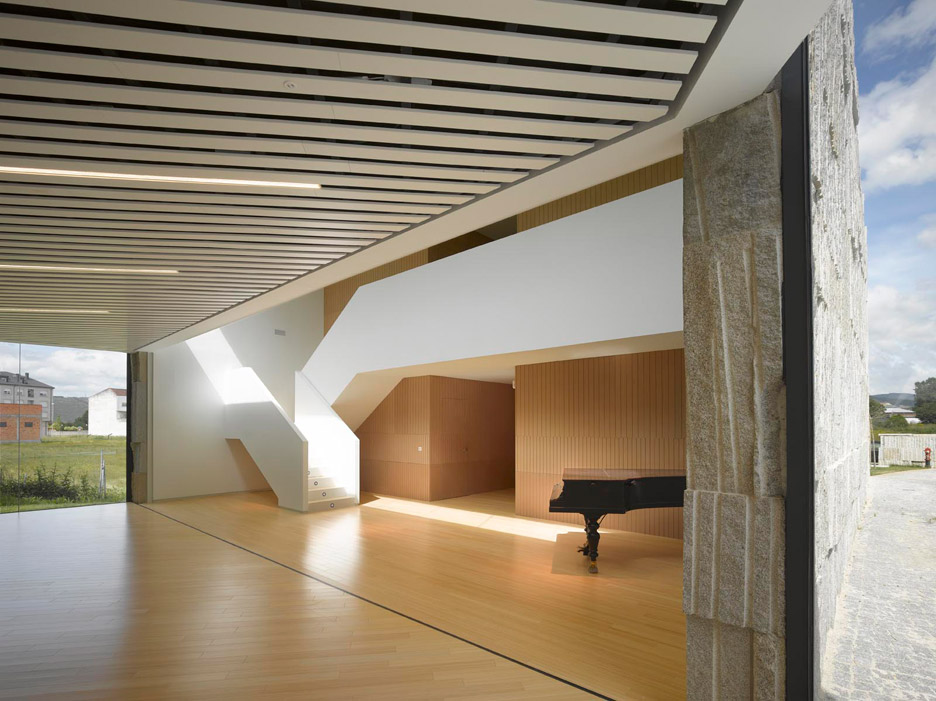 However, by using locally-sourced granite quarried from Pontevedra province for the centre’s facades and floors, the studio achieved a sense of continuity between the blocks.

Zooco Estudio wanted the centre to serve as a “space of coexistence and relationship without hierarchies” to support the idea of living within a community. 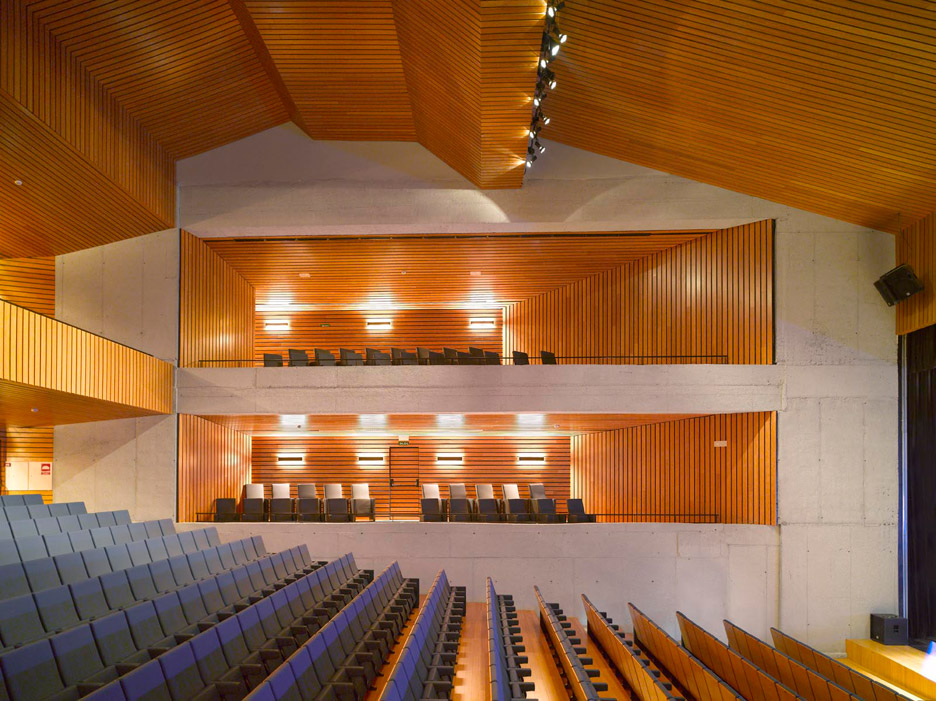 “The arts centre of Verín provides the intimacy of a home and the heterogeneity of a town,” said the studio.

“The displacement and delicate turn of volumes generates a random appearance scheme but full of relationships and variants,” it added. “It is a place defined by its own flexibility, unpredictable.” 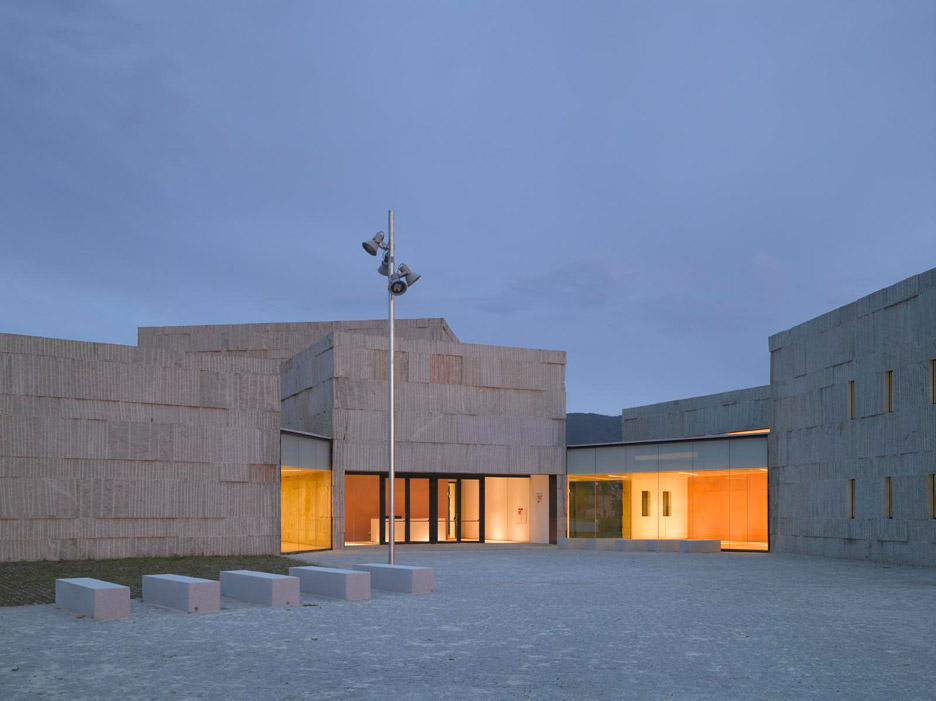 The grey tones of the facade blend subtly with the architecture surrounding the centre, reflecting the shapes and materials of the local buildings.

“The project considers the environment and works by following the scheme of urbanism of the city of Verín,” said the architects. “Like a small town centre, users interpret and live in spaces freely and at will. They walk from one side to another, seeking privacy behind a corner or leave, to see and relate.”

Recent projects in the Spanish region include a library by Óscar Pedró that features an auditorium that points towards the sky, and an apartment with the appearance of a shed by Sinaldaba Estudio de Arquitectura. 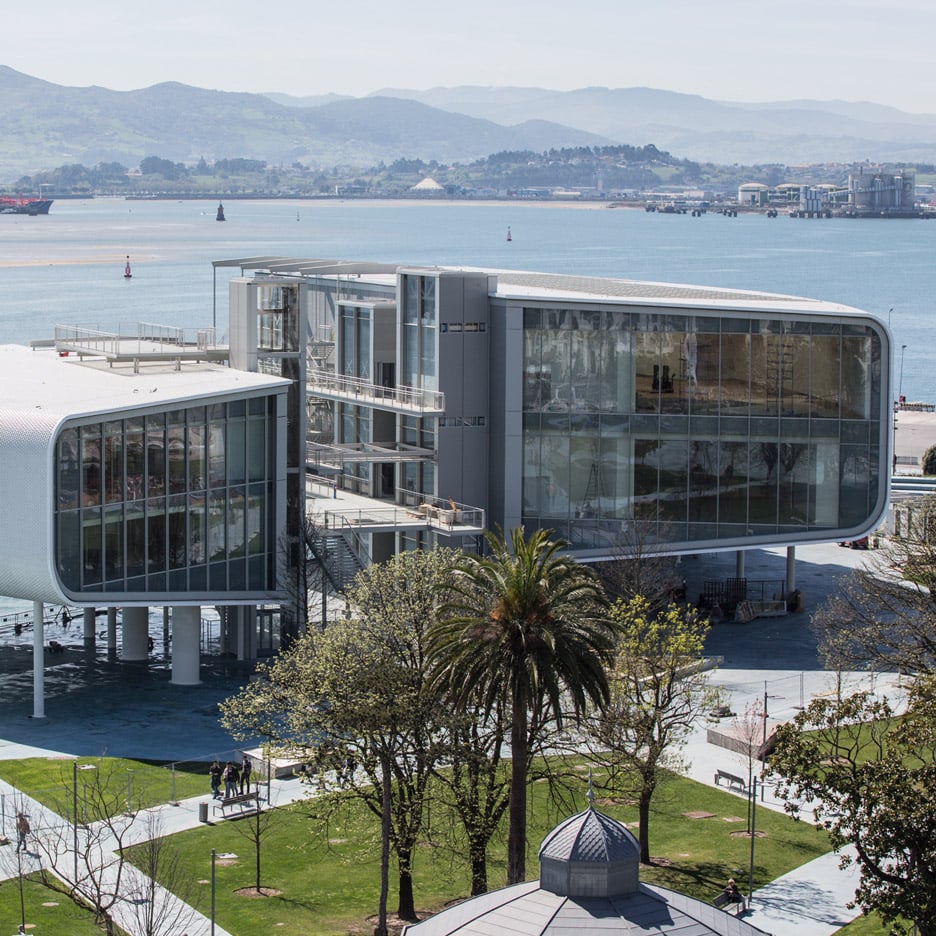 Photography is by Roland Halbe.