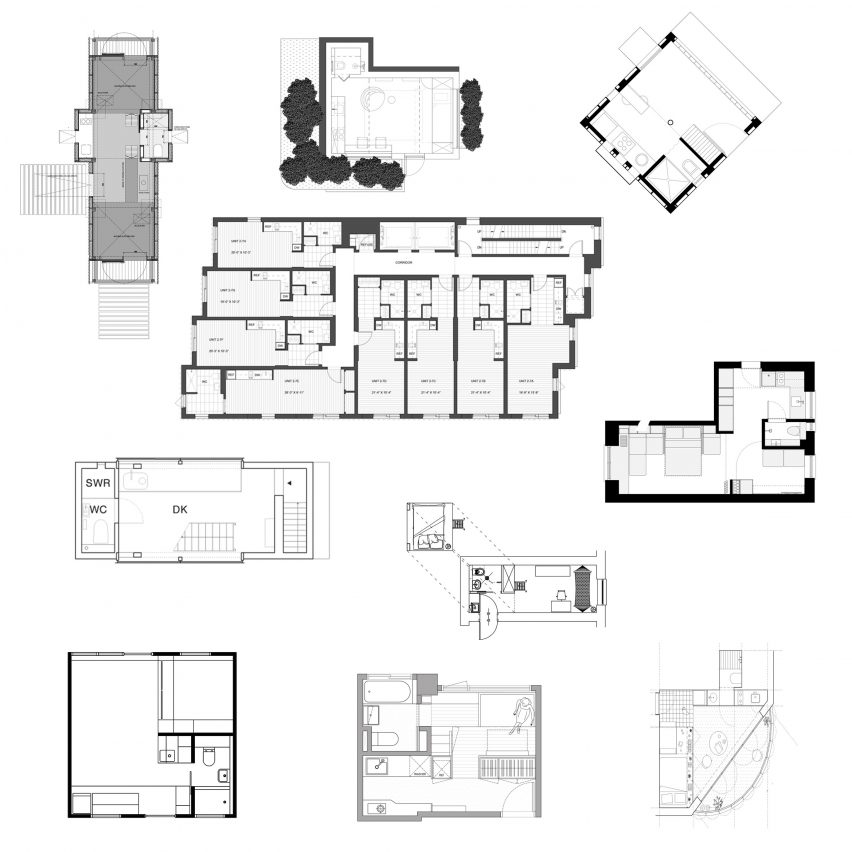 With more people living into cities, architects are increasingly finding inventive ways to squeeze homes into small spaces. Here are the floor plans of 10 micro homes that most of every square metre. 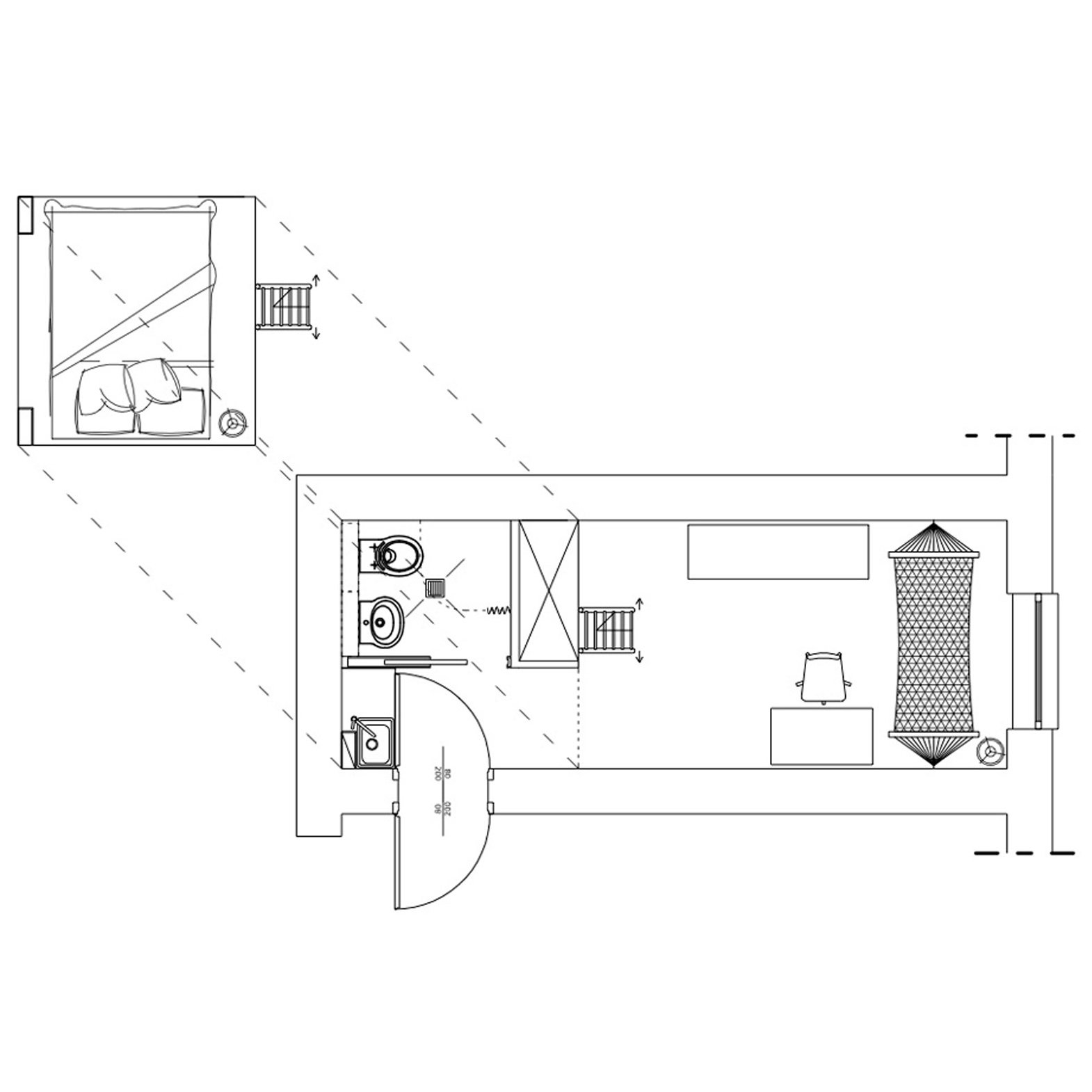 Polish designer Szymon Hanczar has packed a kitchen, bedroom and bathroom into 13 square metres in Wroclaw.

The micro apartment contains a double bed raised above a built-in wooden unit that contains a compact bathroom and a tiny small kitchen. 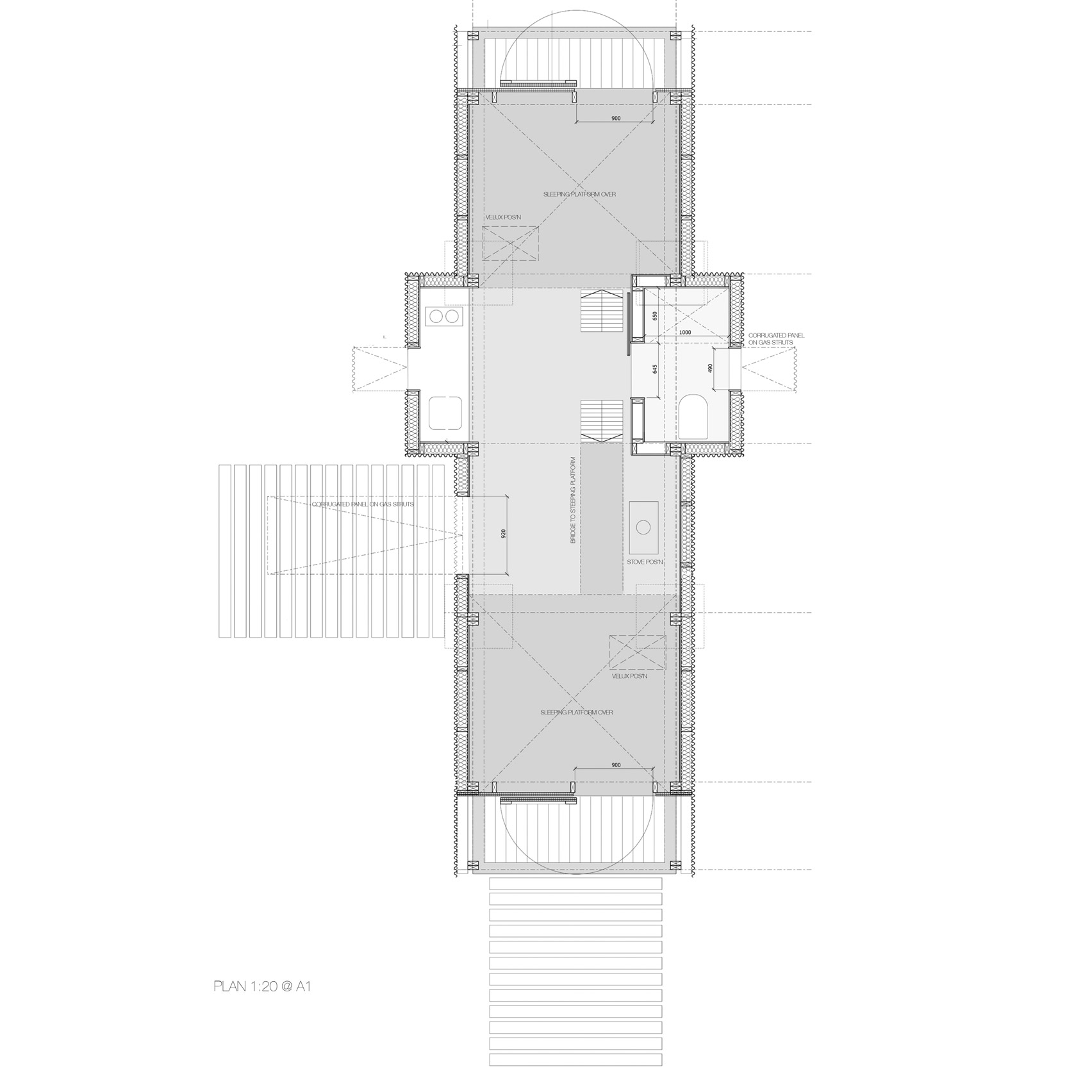 This mobile micro home was designed by Invisible Studio and built at its woodland studio near Bath, England.

Built from salvaged materials and locally grown timber, the 40-square-metre gabled structure is designed so that it can legally be transported, using a wheeled trailer, on Britain’s roads. 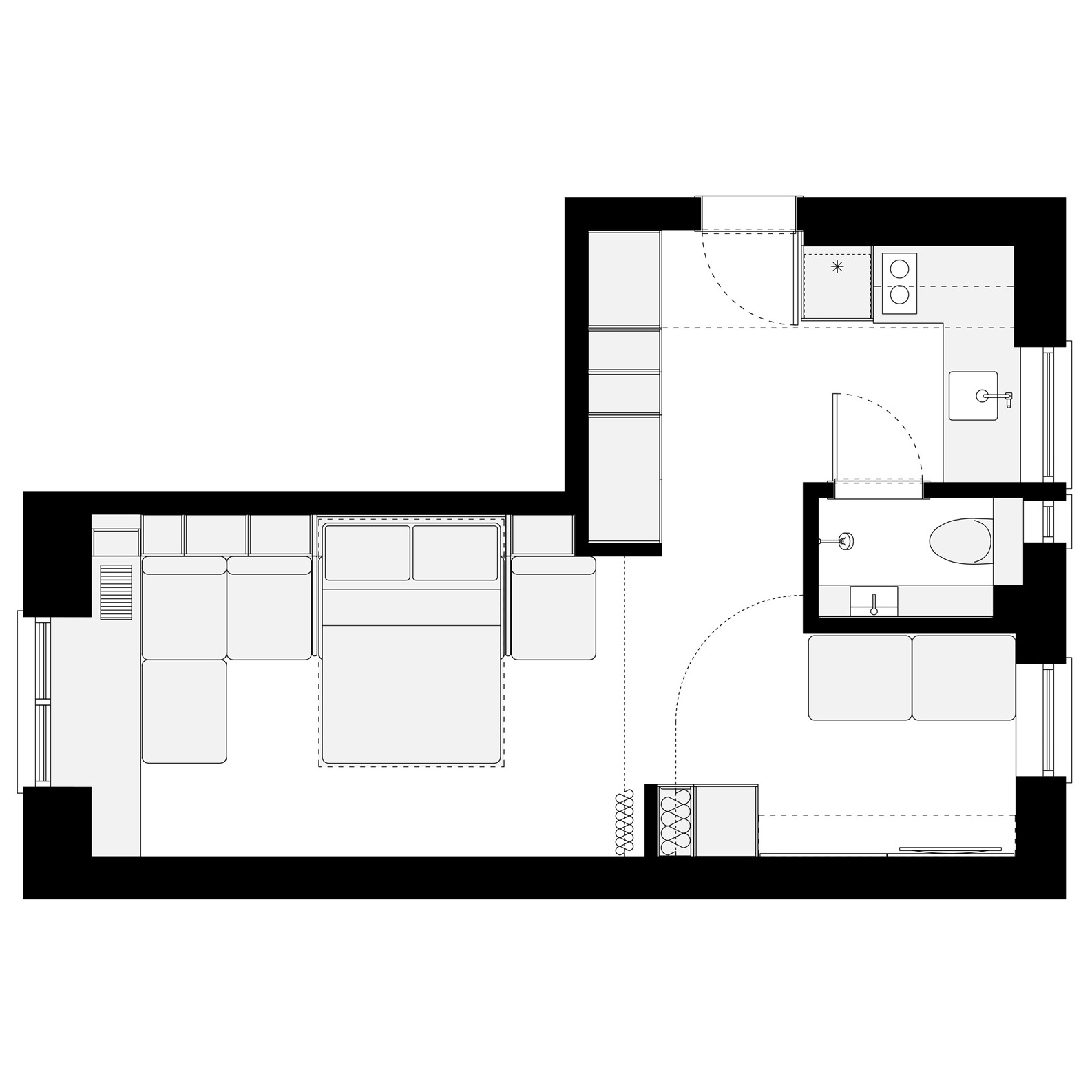 This 33-square-metre apartment in New York is packed full of moveable, folding and expandable furniture.

The front room of LifeEdited2 can be rearranged as either a lounge, master bedroom, or dining room with seating for 10. 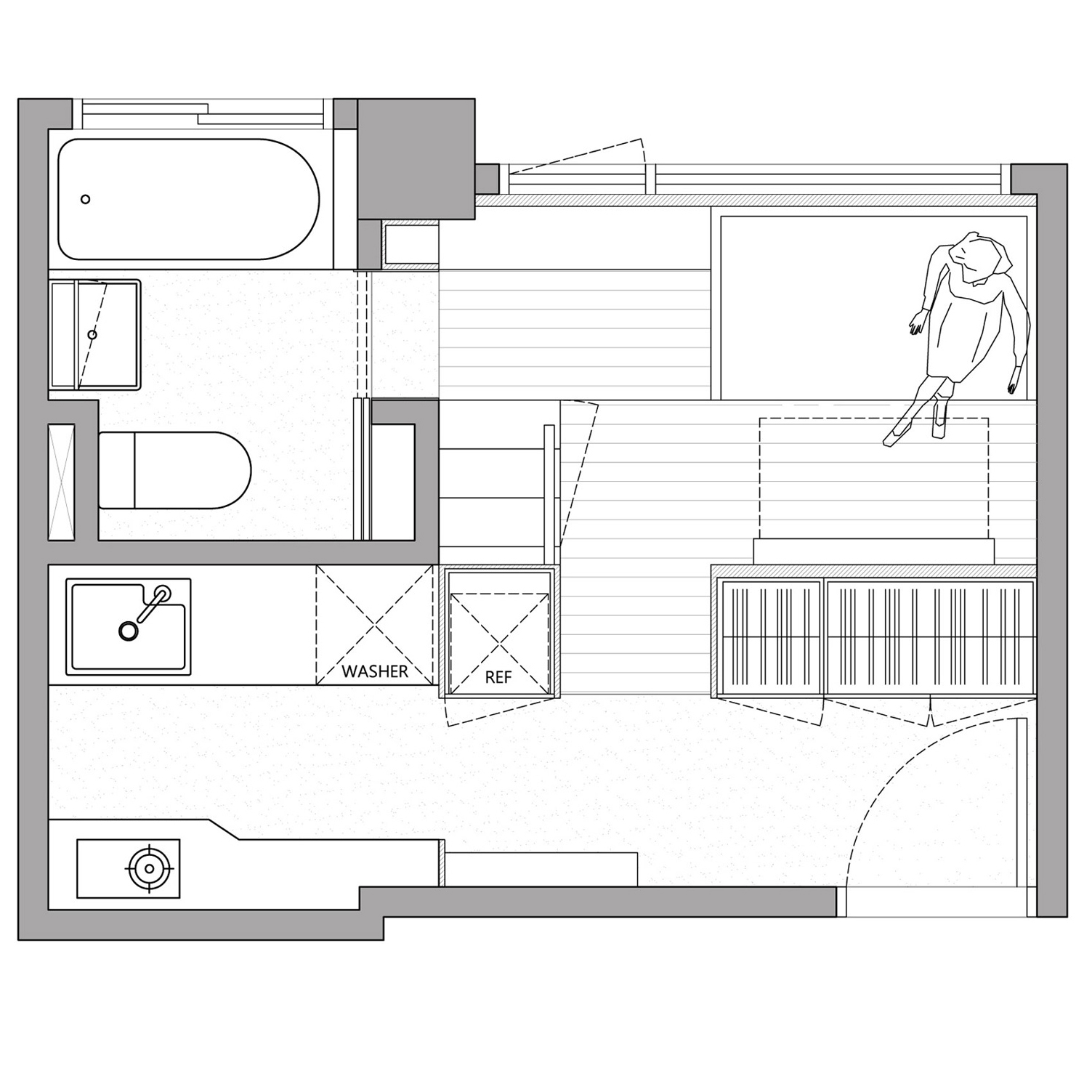 Taiwanese studio A Little Design made room for a piano studio in this 17.6-square-metre apartment in Taipei, Taiwan.

The tiny apartment takes advantage of the high ceilings, with a mezzanine bedroom above the entrance and kitchen. 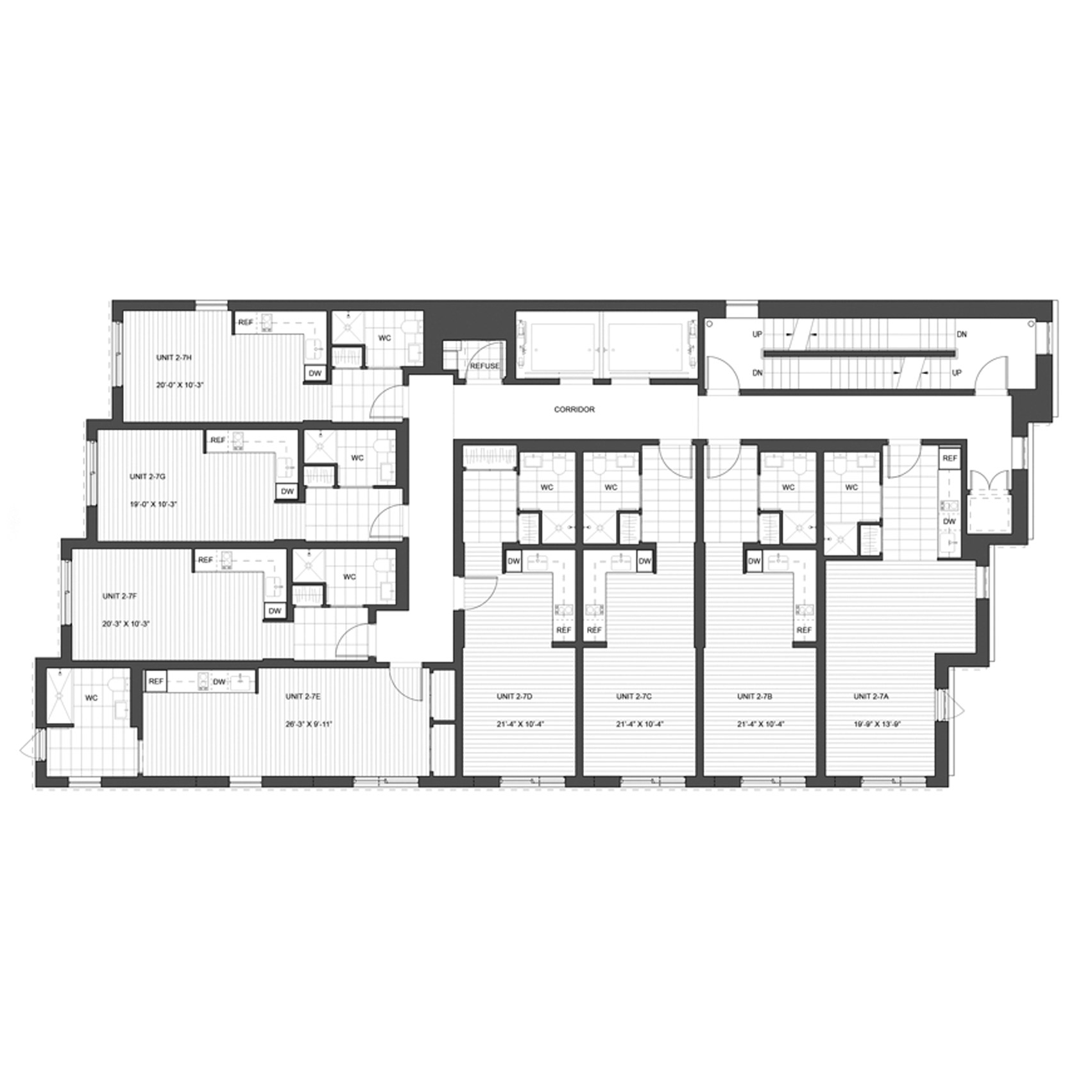 Each of the apartments has a custom built-in piece of furniture that combines a sofa and a bed, to allow the living room to become a bedroom at night. 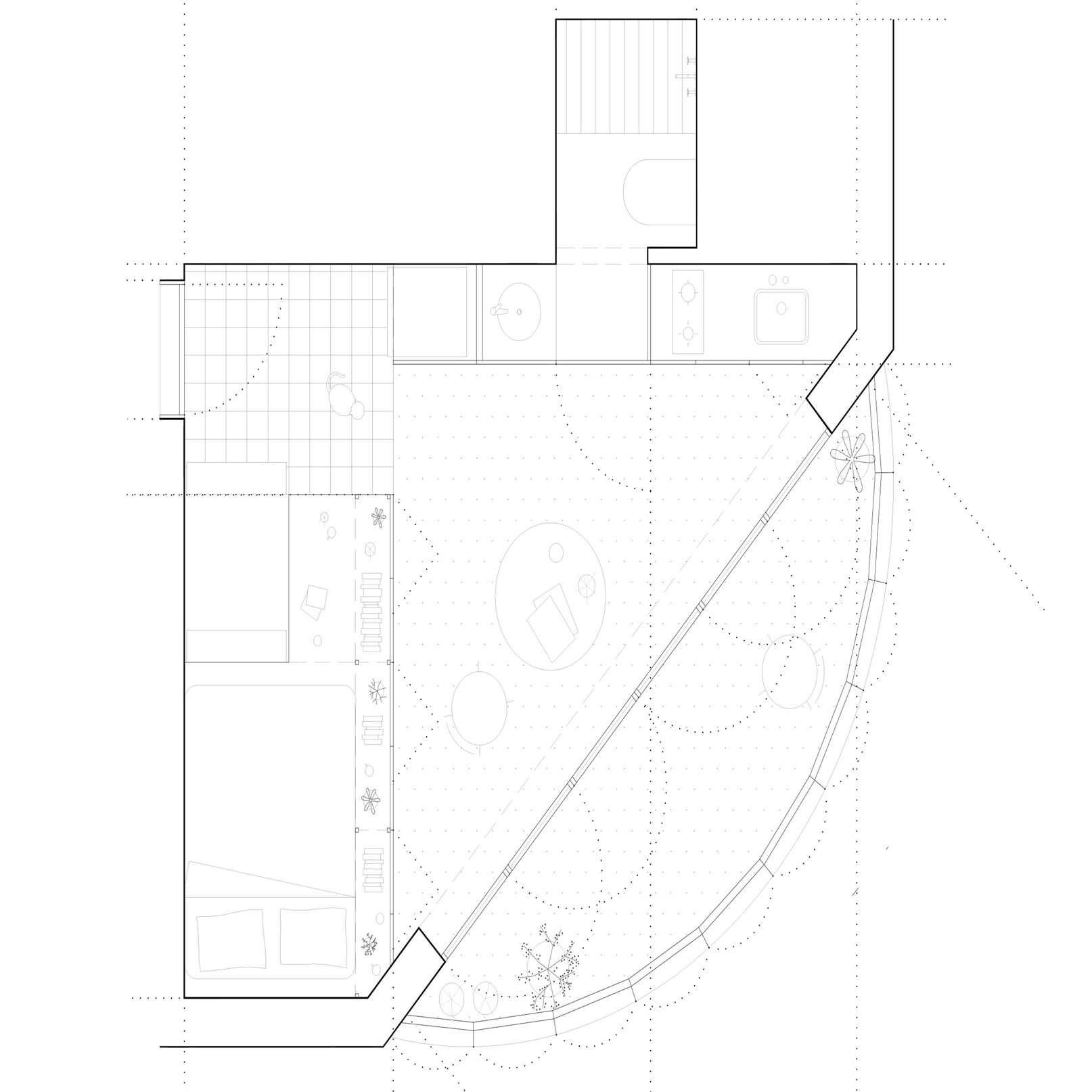 Argentinian studio IR Arquitectura designed this compact 18-square-metre apartment on the corner of a block in Buenos Aires.

The small triangular apartment was extended by adding a curved terrace fronted with a wave-like perforated metal screen. 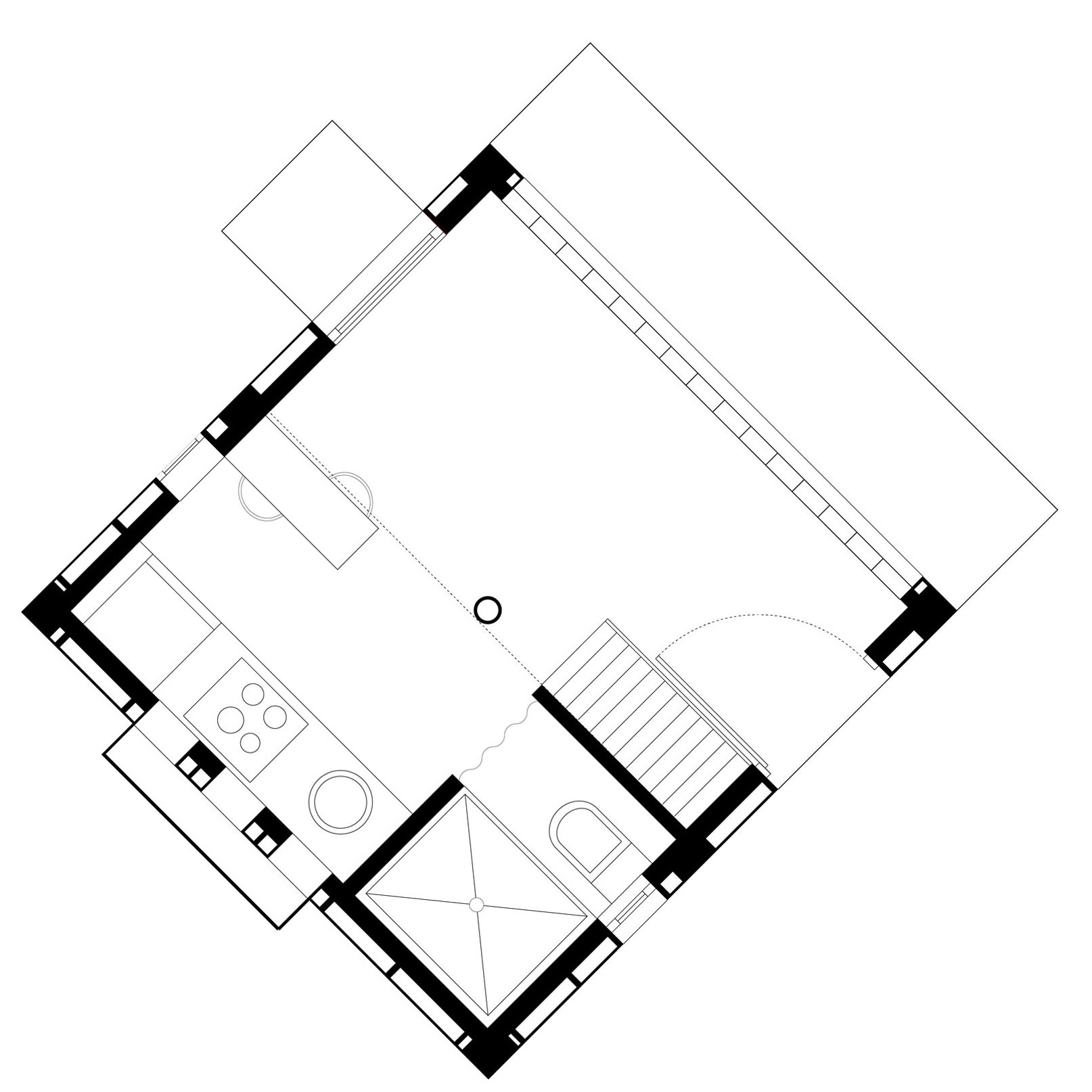 Architect Alfonso Arango created this 24-square-metre cabin as a weekend retreat alongside his childhood home near Bogota, Colombia.

A kitchen, bathroom and living area, with a mezzanine bedroom above, are squeezed into the black timber-clad cabin.

Read more about House on The Mist › 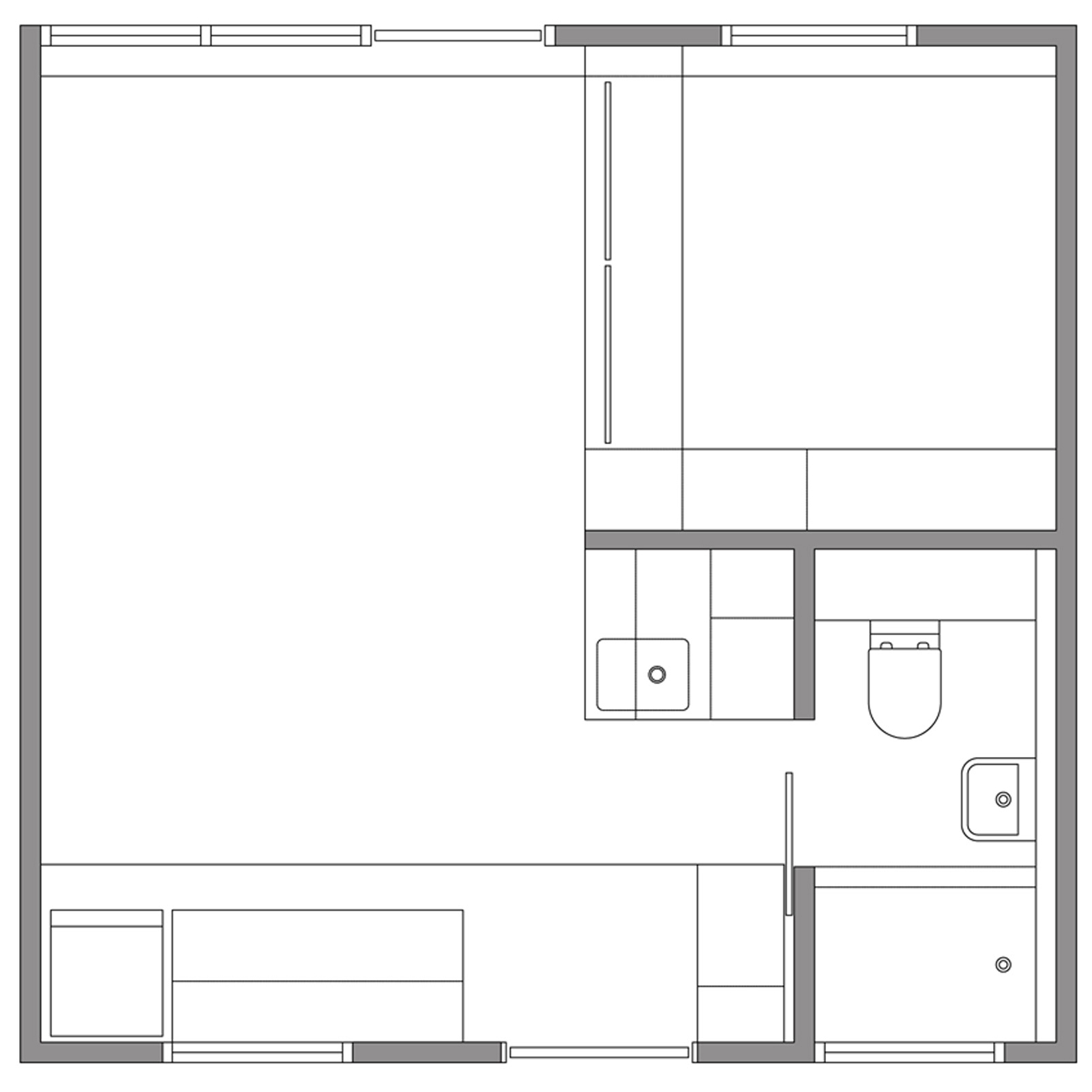 The limited space inside this 24-square-metre apartment in Sydney has been arranged using the 5S – sort, straighten, shine, standardise and sustain – organisation method. 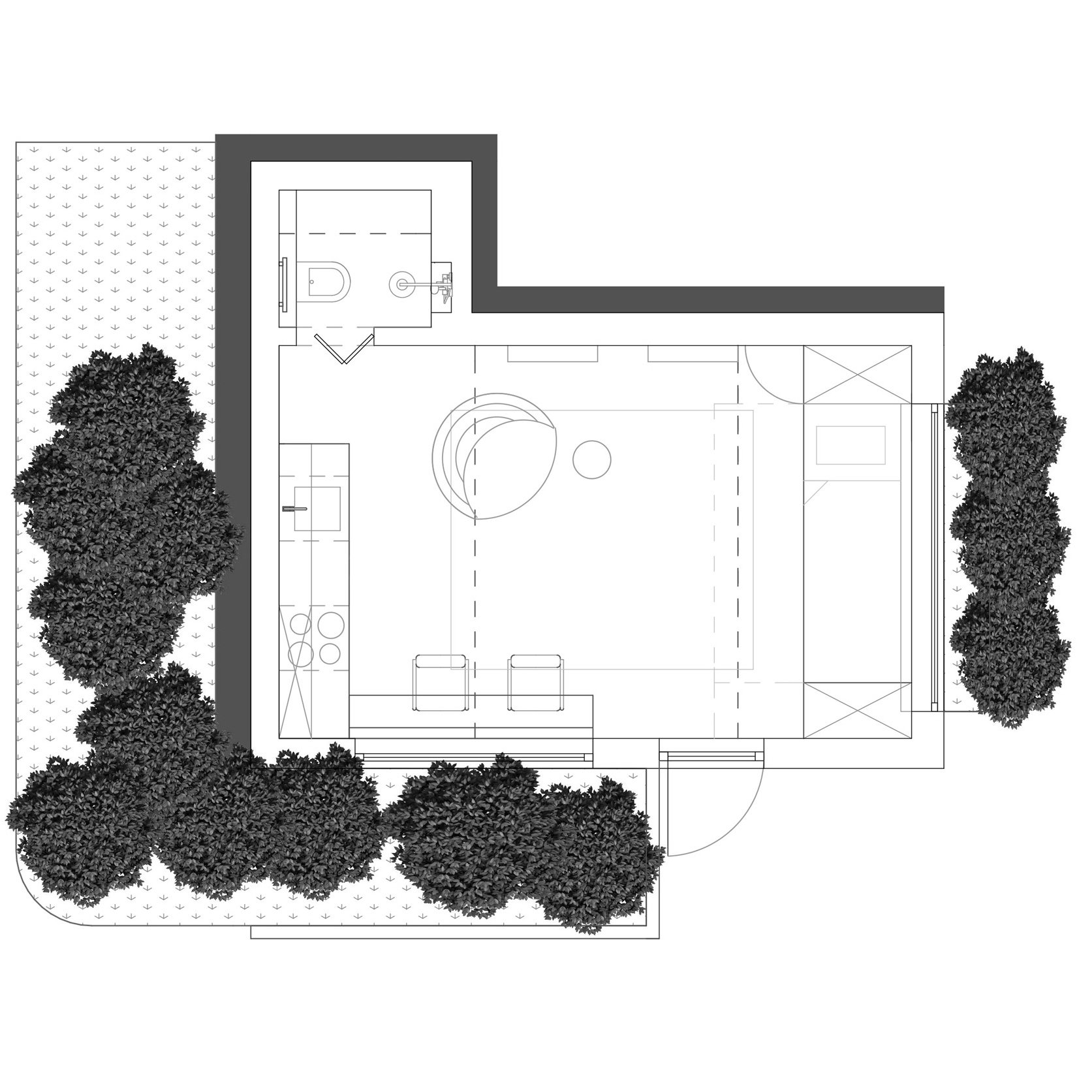 This 21-square-metre micro home in Vilnius, Lithuania, was built in a former garage. The garage now contains a studio flat, with spaces to live, cook, sleep, alongside a small toilet.

IM Interior designed the house, which is clad in weathering steel, to demonstrate it is possible to live comfortably in a small space. 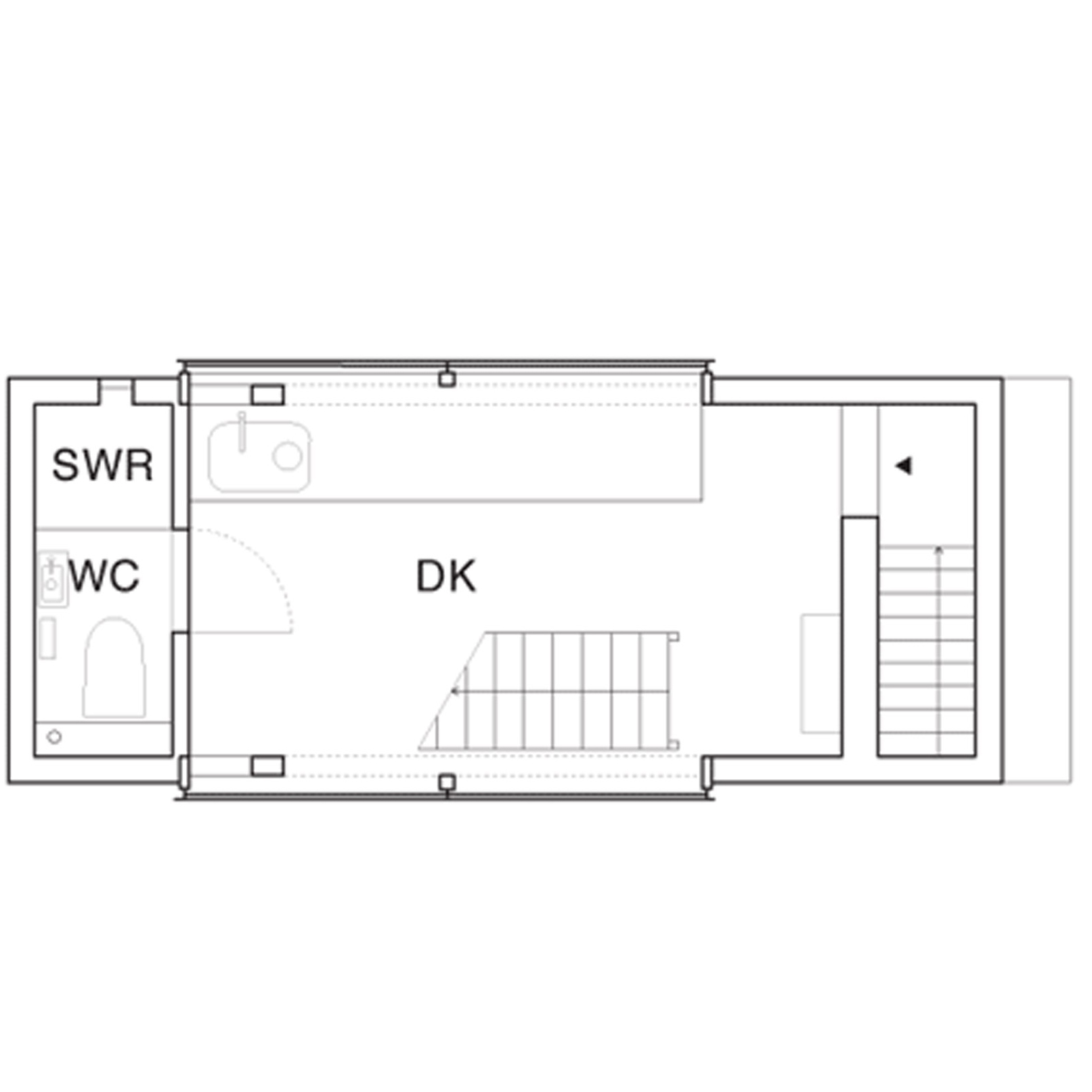 The weekend house, which has two floors squeezed between two oversized windows, was built on a site measuring just three by eight metres. A kitchen is placed on the first floor, with a bedroom and lounge above.

Read more about the holiday home ›

The post 10 micro homes with floor plans that make the most of space appeared first on Dezeen.