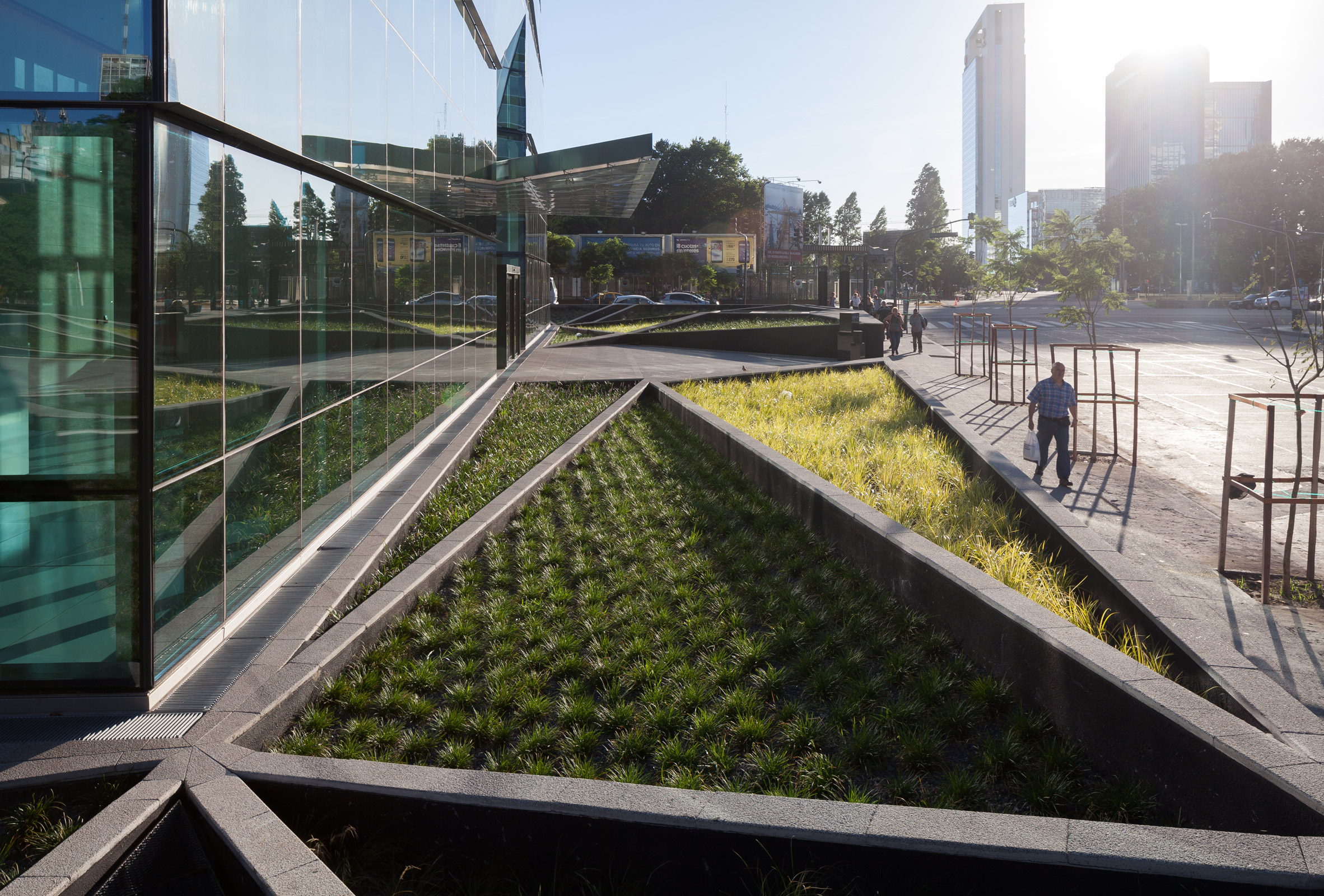 The urban landscape, named Plaza Catalinas, is made up of triangular segments of planting and sits at the foot of a glass tower in the business district.

Designed to defy the rigidity of its metropolitan surroundings, architects Sebastián Adamo and Marcelo Faiden introduced a haphazard layout, with variations in surface heights and finishes. 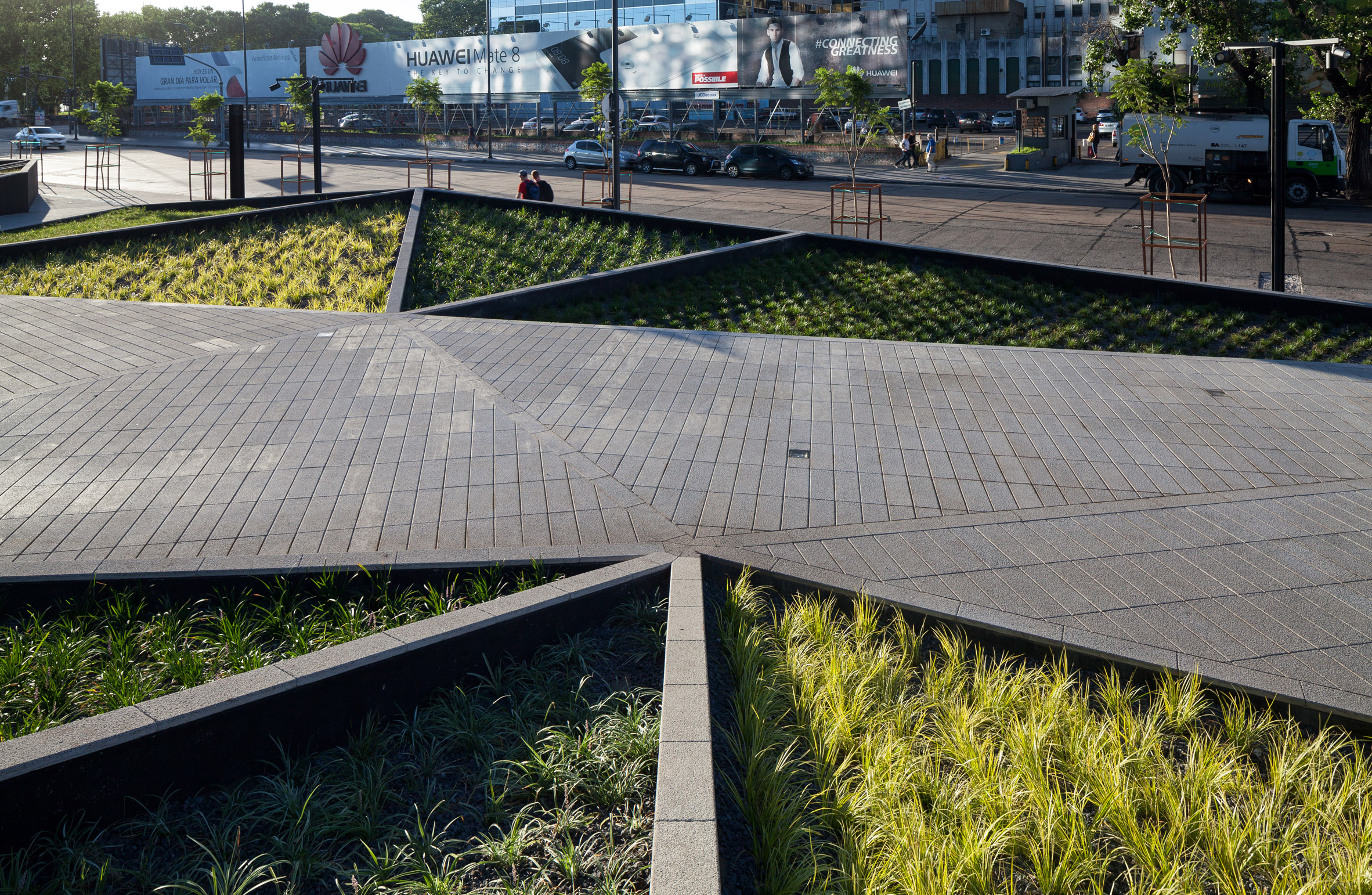 “The irregular geometry of the plot contrasts with the orthogonal footprint of the tower, which liberates the surrounding area with undefined identity,” Adamo Faiden told Dezeen.

“The design process consisted of compressing and dilating this pattern, both horizontally and vertically,” they continued. “In this way, vehicular accesses, fire escapes, lighting racks, all types of ventilation, pedestrian circuits and vegetation, could be integrated into the project.” 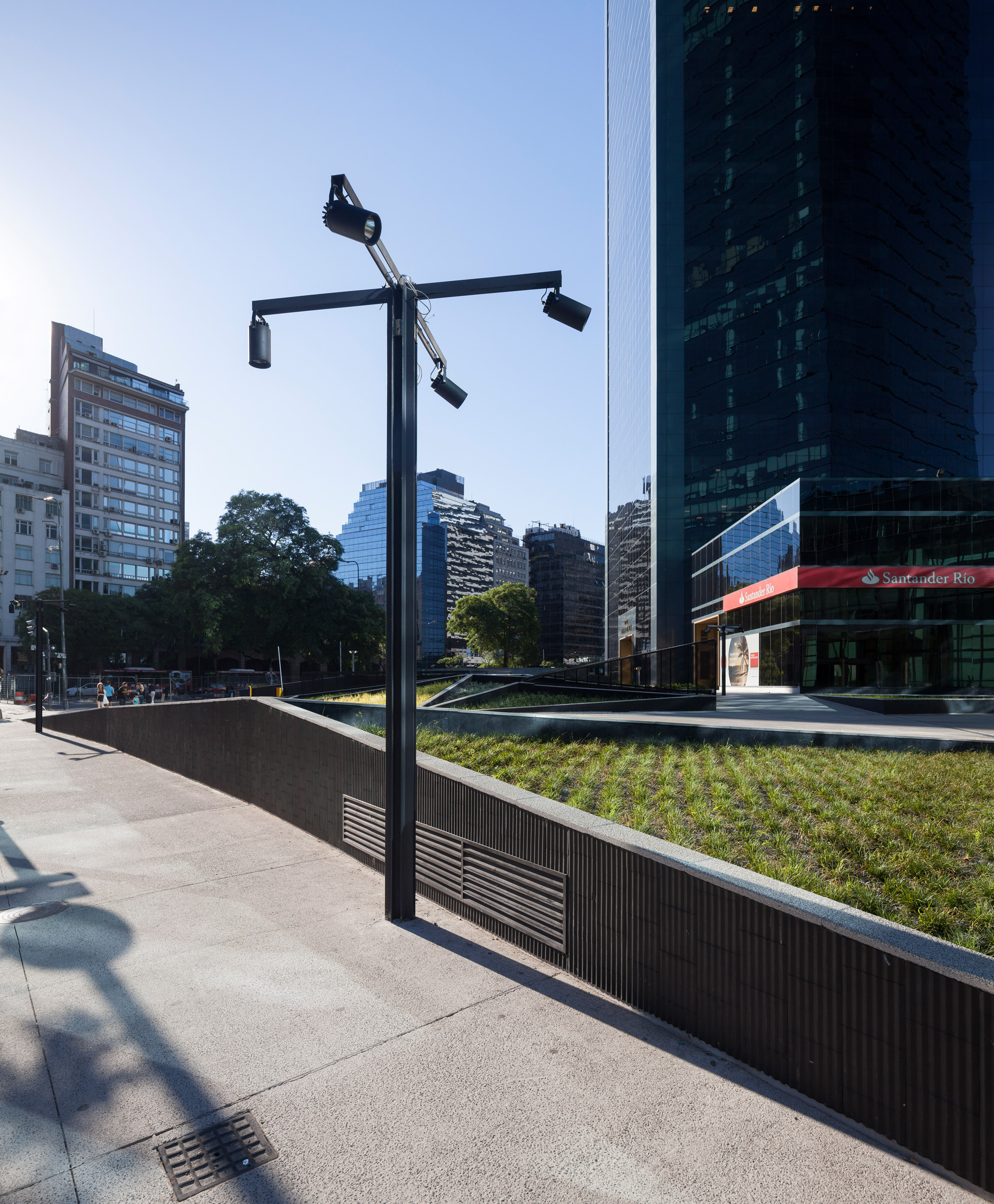 The plaza’s undulations and spatial organisation makes space for three levels of underground parking, which serves the densely built area. 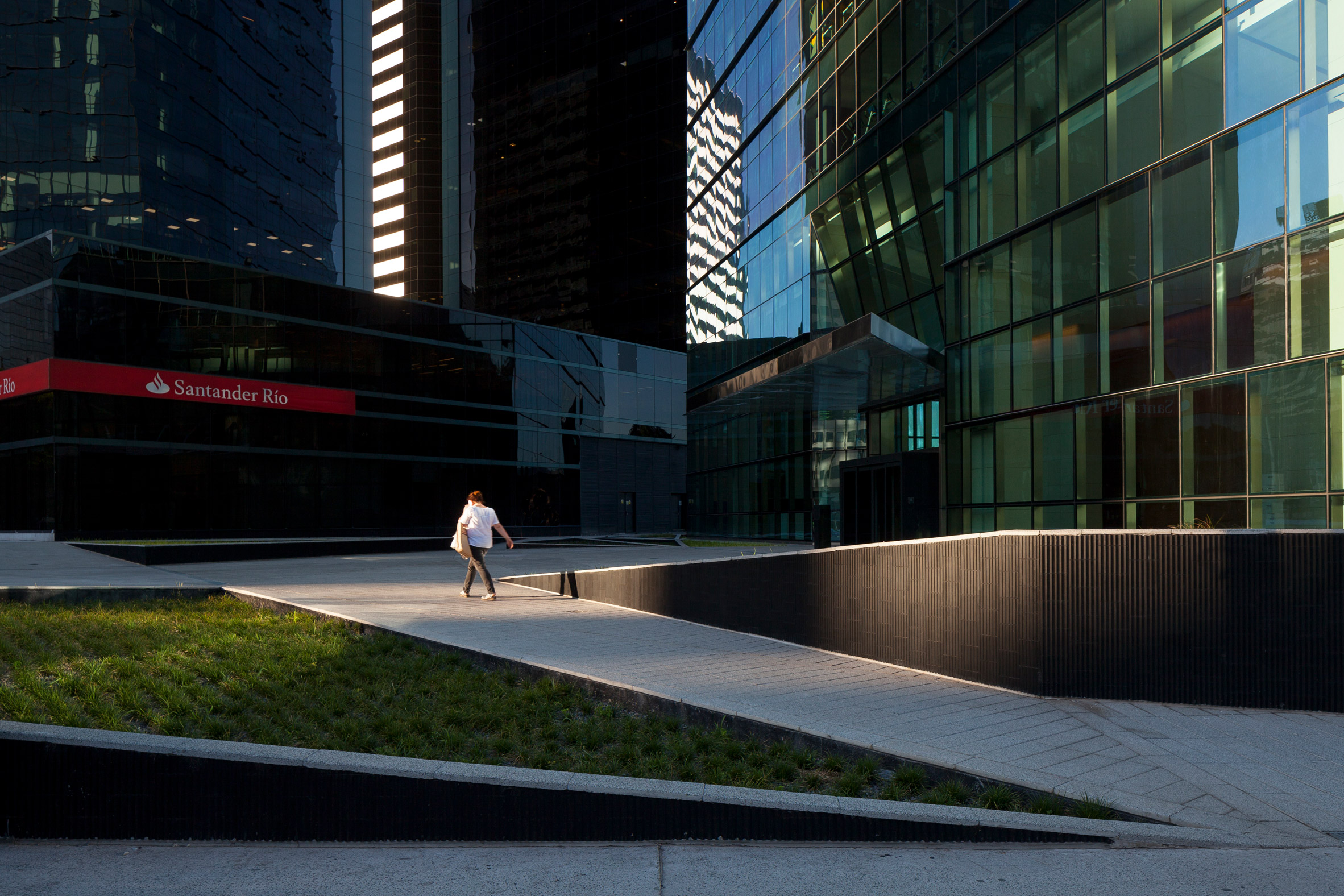 This walkway is finished in paving positioned at a variety of angles, which prevents the dictation of a specific direction walkers should follow, adding to its ambiguity and irregular aesthetic.

It was a requirement that at least half of Plaza Catalinas integrated vegetation, which Adamo Faiden used as another opportunity to challenge the uniformity of its surroundings. 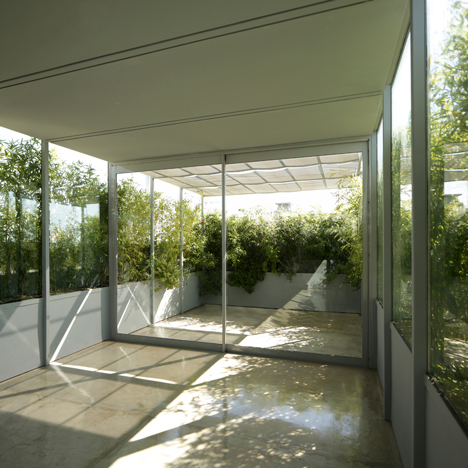 The architects introduced a variety plants into each segment of the plaza, selecting breeds that can withstand the hot and rainy climate of Buenos Aires with little maintenance.

Buenos Aires-based Adamo Faiden are also recognised for their residential designs, with recent projects including the transformation of a vacant roof of a 15-storey block into a home for a young couple, as well as the overhaul of an ageing townhouse to create a spacious family home.