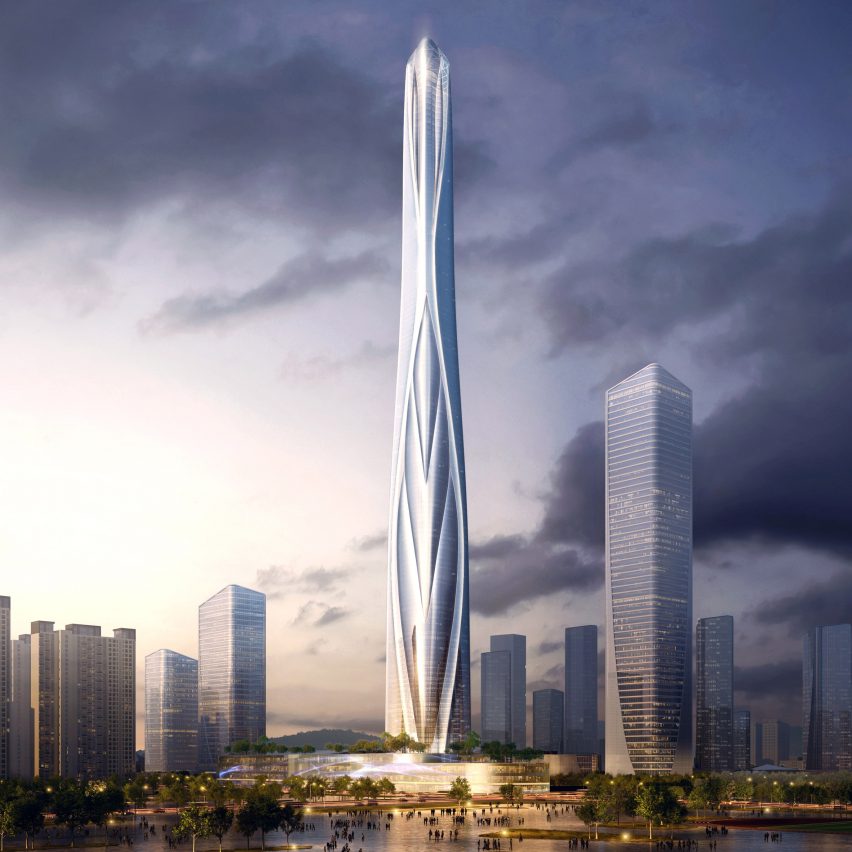 The megatall skyscraper is set to become the tallest building in China, and the world’s third tallest building behind SOM’s 828-metre Burj Khalifa in Dubai and the 1,000 metre high Jeddah Tower, which is under construction in Saudi Arabia. 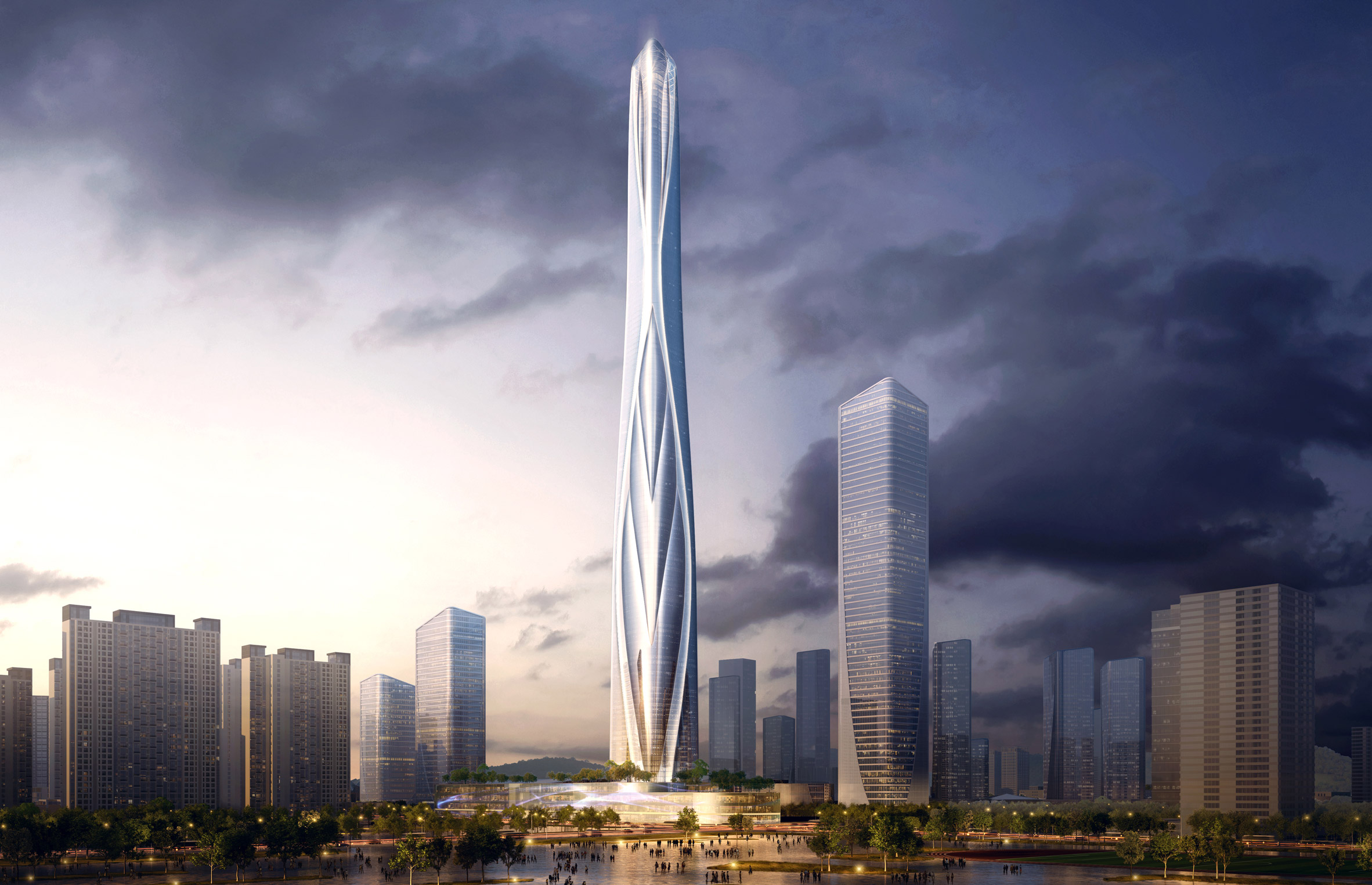 Shenzhen-Hong Kong International Center is being designed by Adrian Smith + Gordon Gill for Chinese property developers Shiamo Group, which first revealed the design in May 2018 – but didn’t disclose details of the architect at the time.

It will be built between the foothills of Longcheng Park and the Dayun National Park, and form part of the Chicago-based architect’s wider masterplan for the Longgang district in the east of the city. 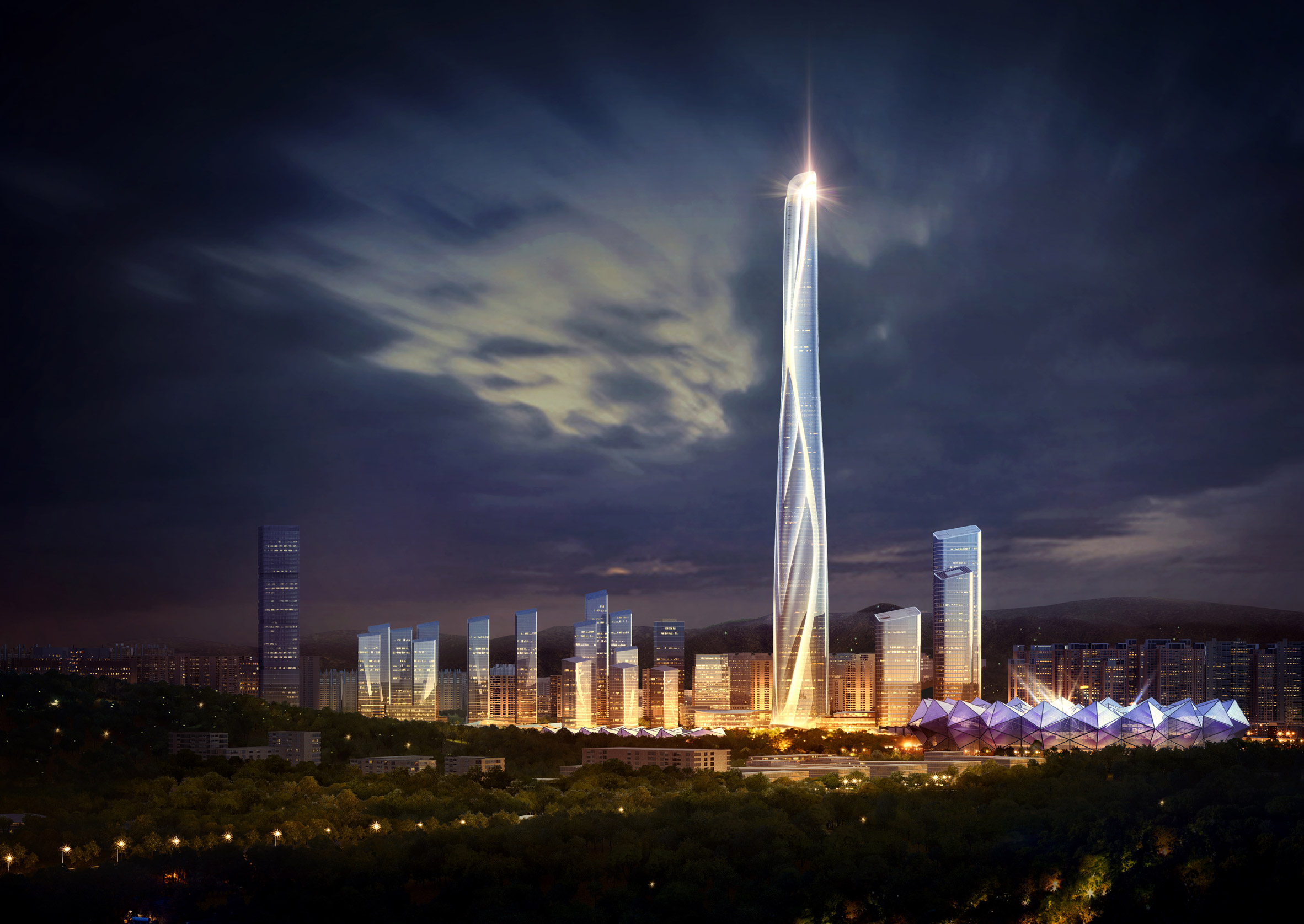 The visuals released by the practice show the skyscraper’s twisted, “anthropomorphic” form, designed by Adrian Smith + Gordon Gill in reference to its proximity to several major sporting venues in the district.

“The Shenzhen-Hong Kong International Center is anthropomorphic in its character, honoring in an abstract way the athletes that train to perform in the world-class stadiums directly adjacent to our masterplan for this project,” explained design partner Adrian Smith.

“The result is a muscular expression in high-performance glass, with textured layers that define the elements of its shaped form.”

Shenzhen-Hong Kong International Center will be topped with one of the world’s highest observation decks, alongside a restaurant, night club, spa facilities and a swimming pool.

In the evenings, the tower will become “a visual, sound, and light show”, reinforcing the district’s athletic and entertainment purposes. 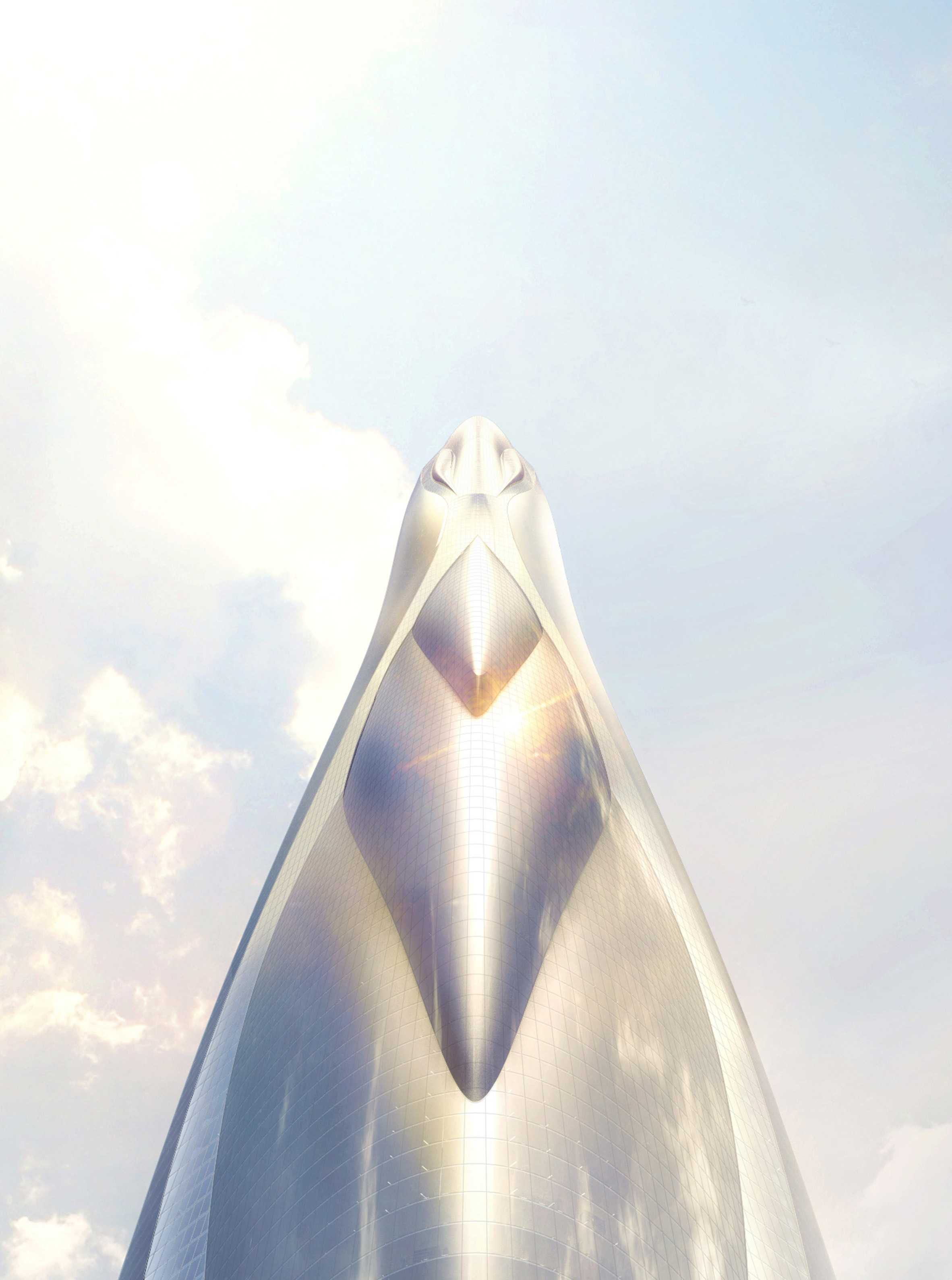 Adrian Smith + Gordon Gill’s wider masterplan imagines a mixed-use district for Shenzhen, which connects with the tower and comprises a large retail facility, apartment towers, a cultural centre, a five-star hotel, a library and offices.

It will be wrapped by landscaped promenades, which are designed to withstand Shenzhen’s heavy rainfall and flooding in the summer months. They will be made from “engineered soils, retention ponds, native plants, and foliage as a network of systems that will recycle the rain water for irrigation and other uses”. Adrian Smith + Gordon Gill’s environmental goal for the Shenzhen-Hong Kong International Center, and the surrounding landscape, is to obtain LEED Platinum certification – one of the most popular green building certification programs used worldwide.

Shenzhen-Hong International Center will be constructed using high-performance glass to reduce heat gain, the entire development will be orientated to optimise solar gain and natural ventilation.

The architects have also incorporated a large public transportation centre and bus terminal into the masterplan.

Shenzhen-Hong International Center joins the boom of big building projects currently being designed and constructed in Shenzhen, which accounted for 10 percent of the 2018’s record number of supertall skyscrapers completed worldwide.