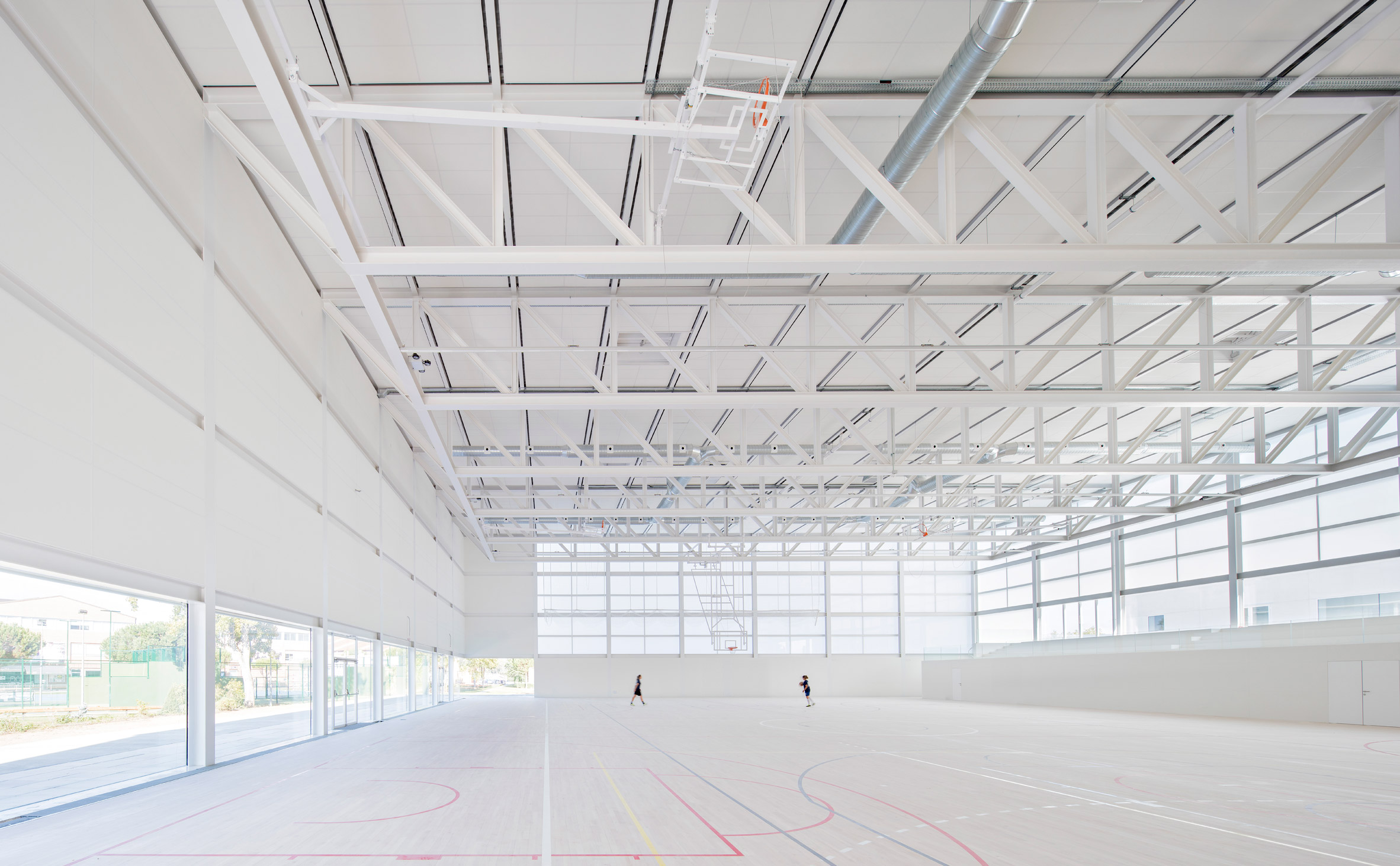 Located on the Francisco de Vitoria University campus in Pozuelo, Madrid, the sports complex comprises two clean, white boxes joined together by a low-rise building whose roof becomes an interconnecting patio at the first floor level.

While the larger box houses a sports halls, the smaller volume contains multi-purpose teaching rooms, a gymnasium and a basement swimming pool. 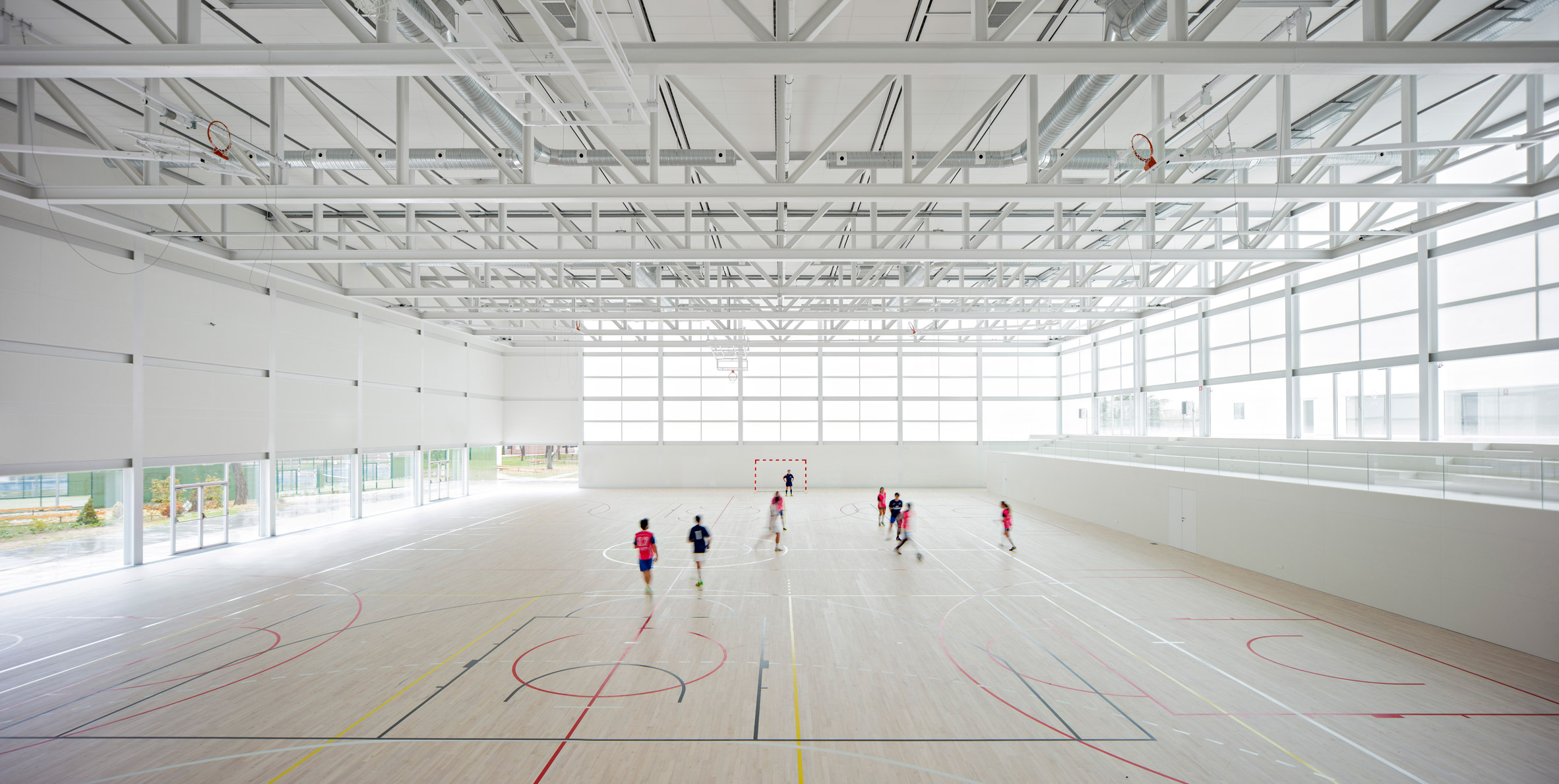 The sports pavilion, which has a footprint of 60-by-50 metres is described by Baeza as “a large translucent box of light”.

Baeza, who is known for his minimalist style, designed with lightness in mind, its huge volume and translucent windows allow it to be easily distinguished from the smaller and more closed adjoining classroom complex, and low interconnecting patio. 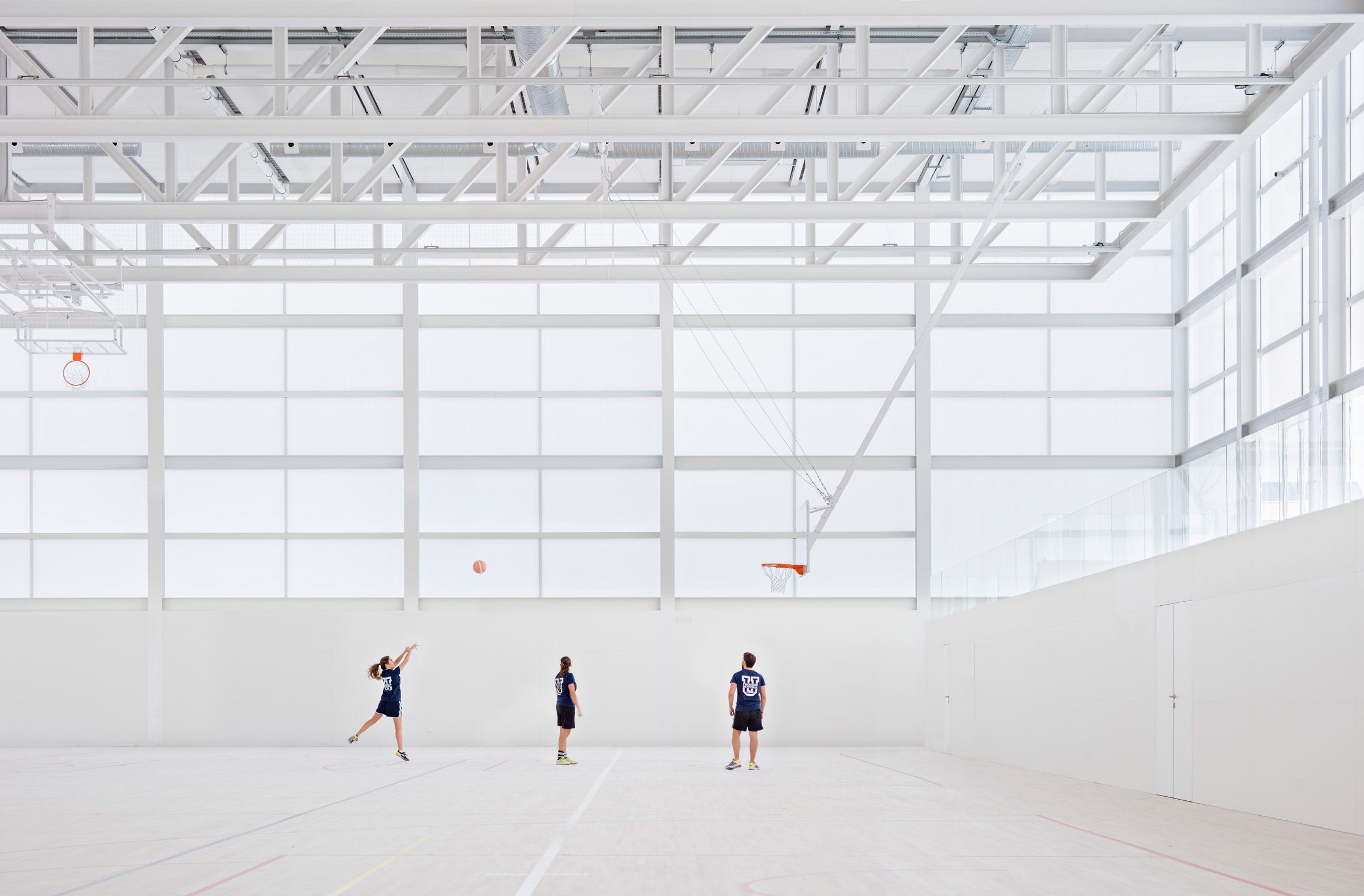 While the walls on the southern dihedral of the sports pavilion, which are more exposed to sunlight, are enclosed in a prefabricated panel of glass fibre-reinforced concrete, those of the northern dihedral are realised in translucent glass. 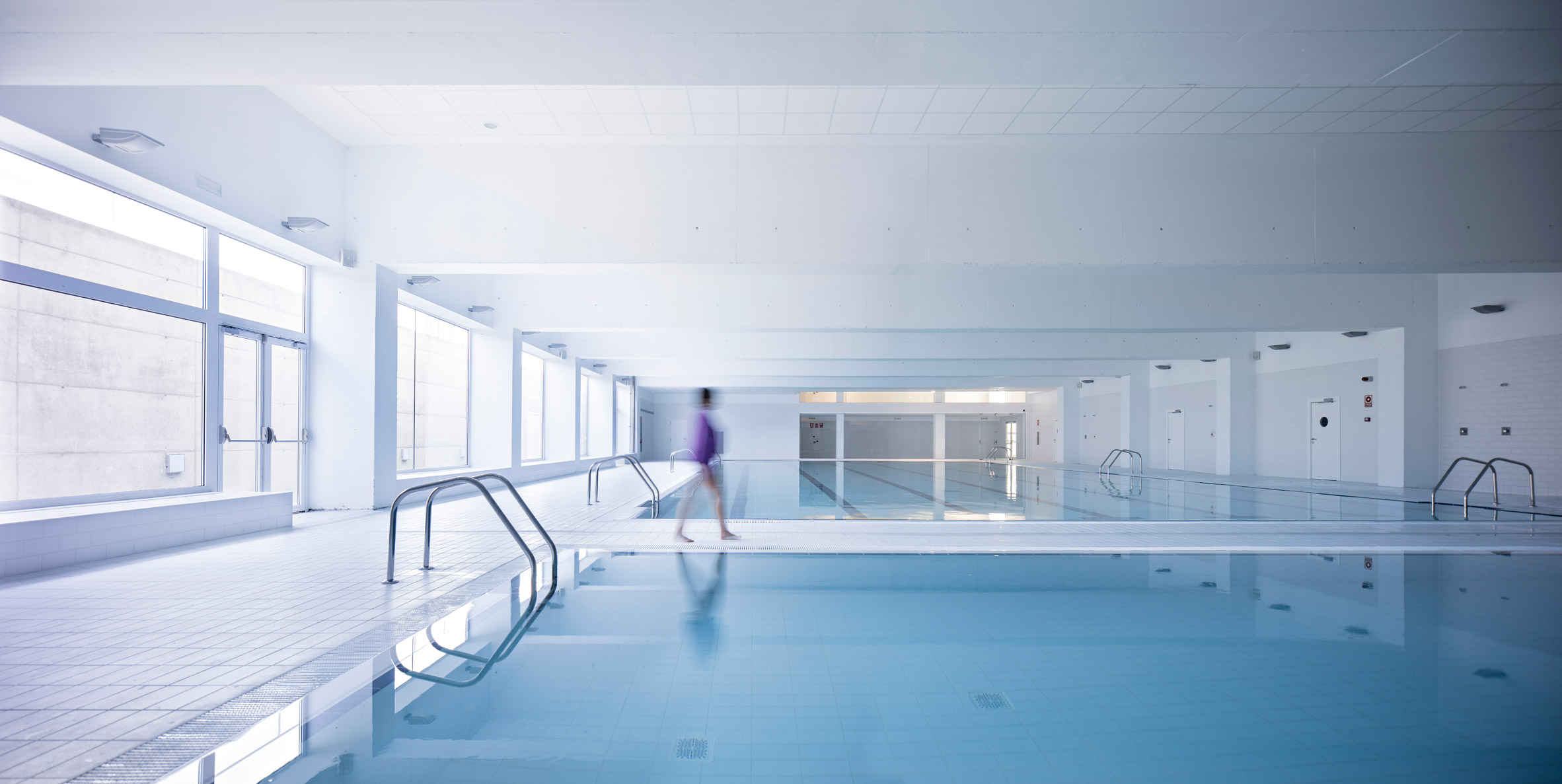 Meanwhile, the southwestern facade features a low strip of transparent glass, creating a link with the main square of the campus.

This feature is repeated on the north eastern facade facing the upper patio, creating a visual relationship between the square and the sports complex. 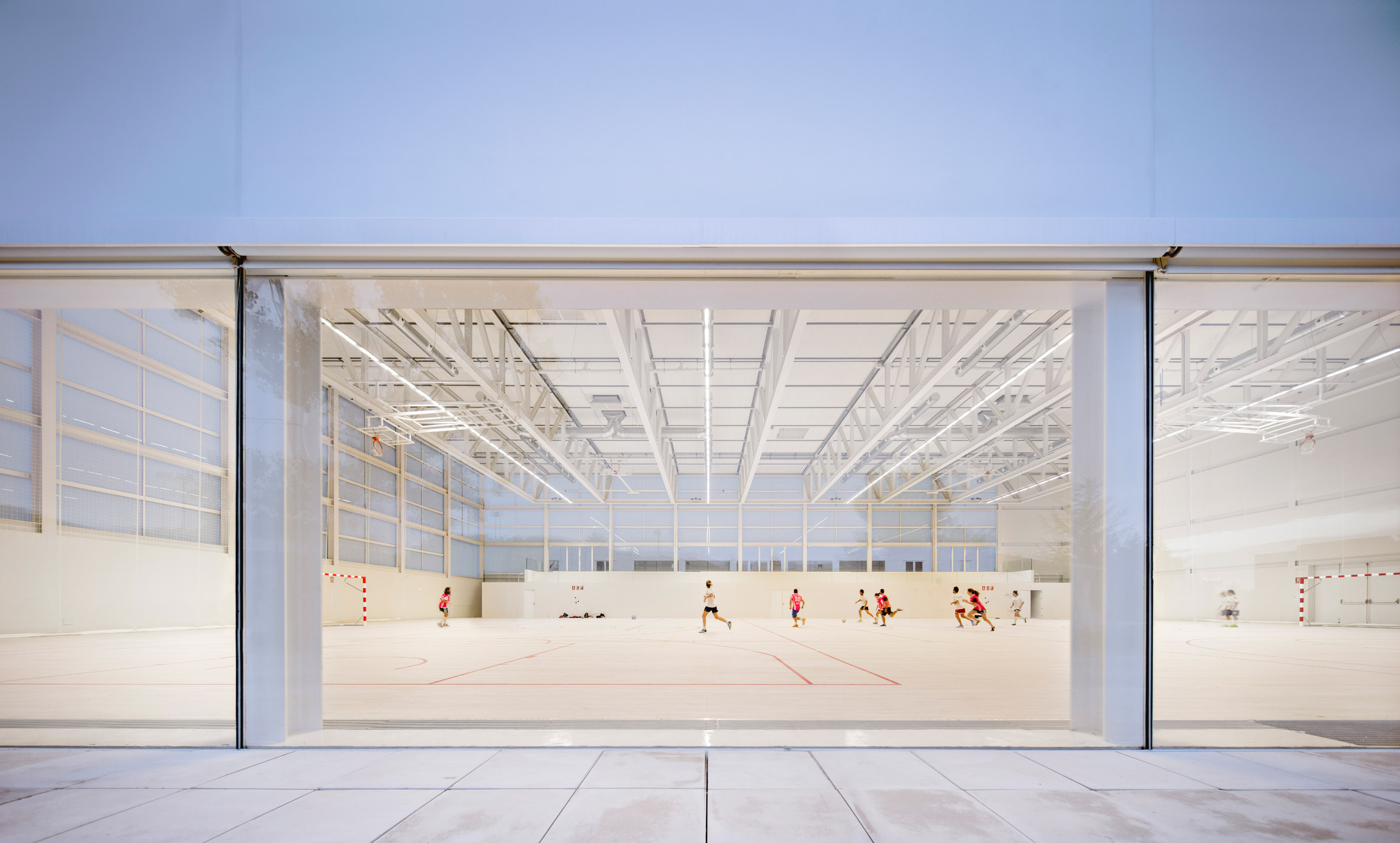 A grid of white-painted steel pillars and beams on the building’s facades and trusses support the enormous roof span.  The remainder of the structure is in reinforced concrete with wide angled beams installed over the swimming pool area in the basement. 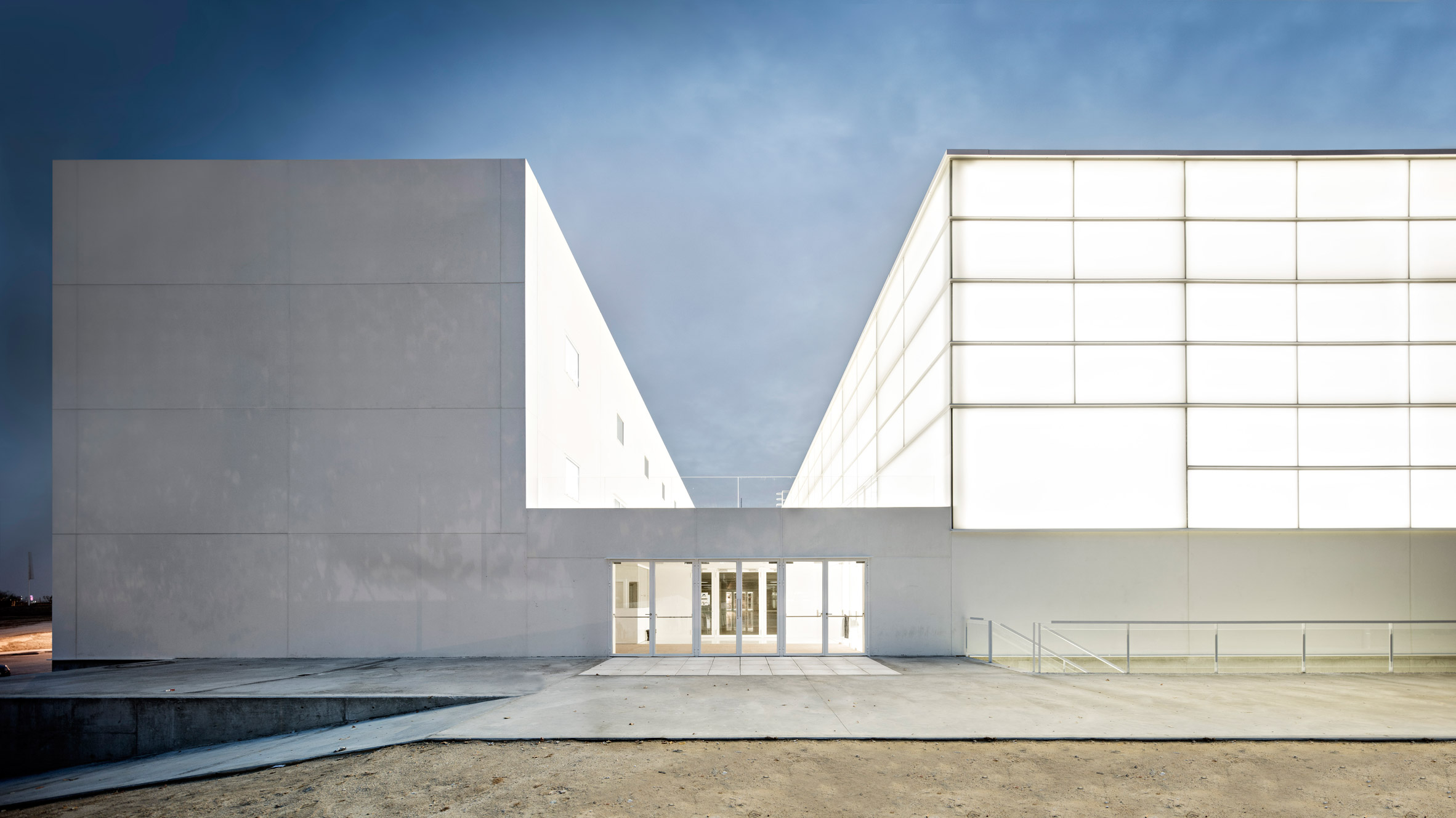 Other sports centres include a clubhouse in Strasbourg with a curving interior inspired by the flight path of a tennis ball and cloud-like sports hall in the mountainous landscape of northern Iran. 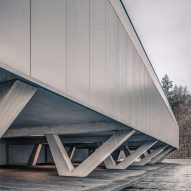