A three-storey house made entirely of concrete has been set into the steep slope of the Eisack Valley in South Tyrol by local architect Andreas Gruber. 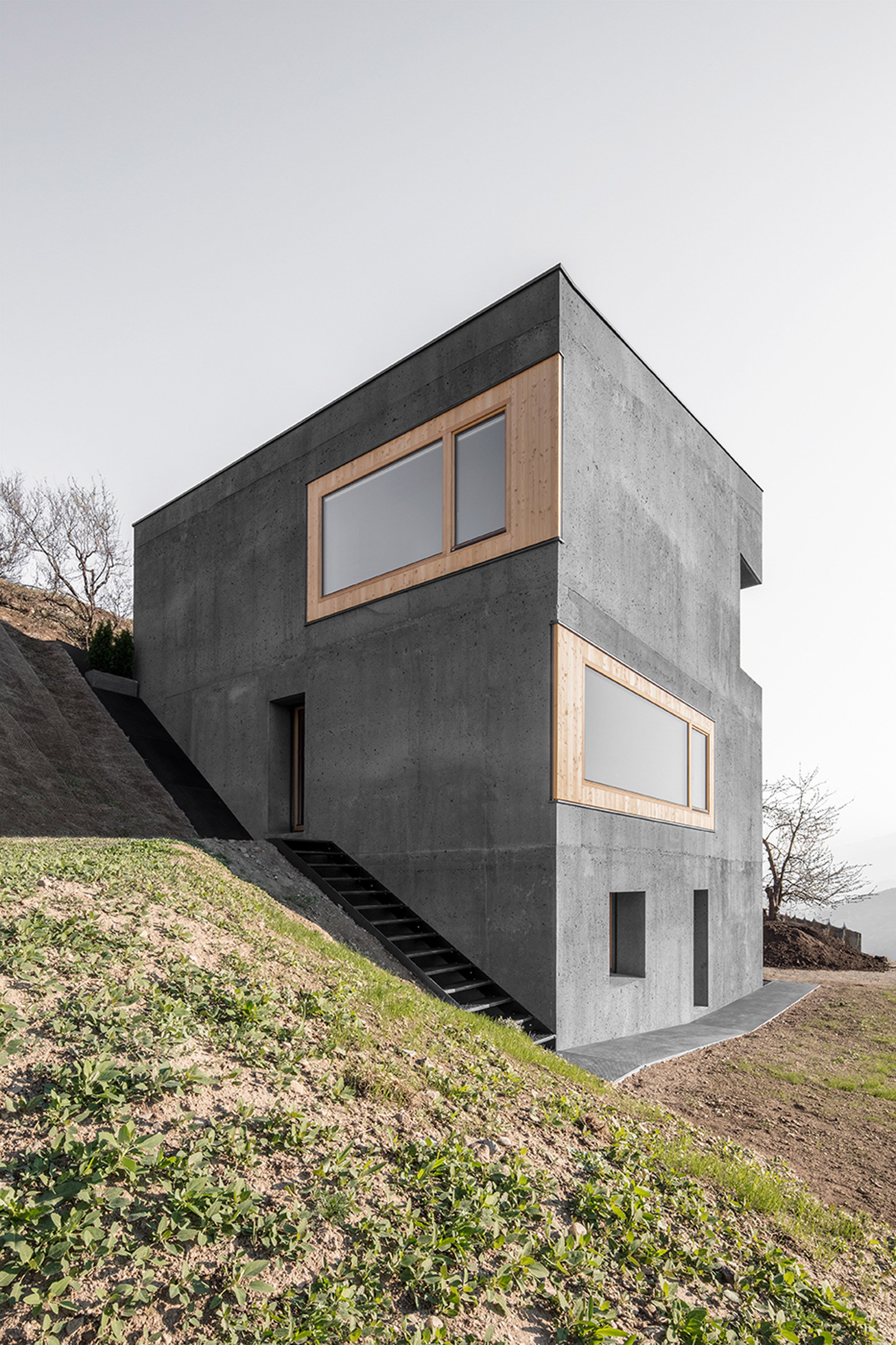 The mountainous setting in northern Italy came with a number of restrictions and regulations, which called for an innovative design that was sympathetic to its Alpine surroundings. 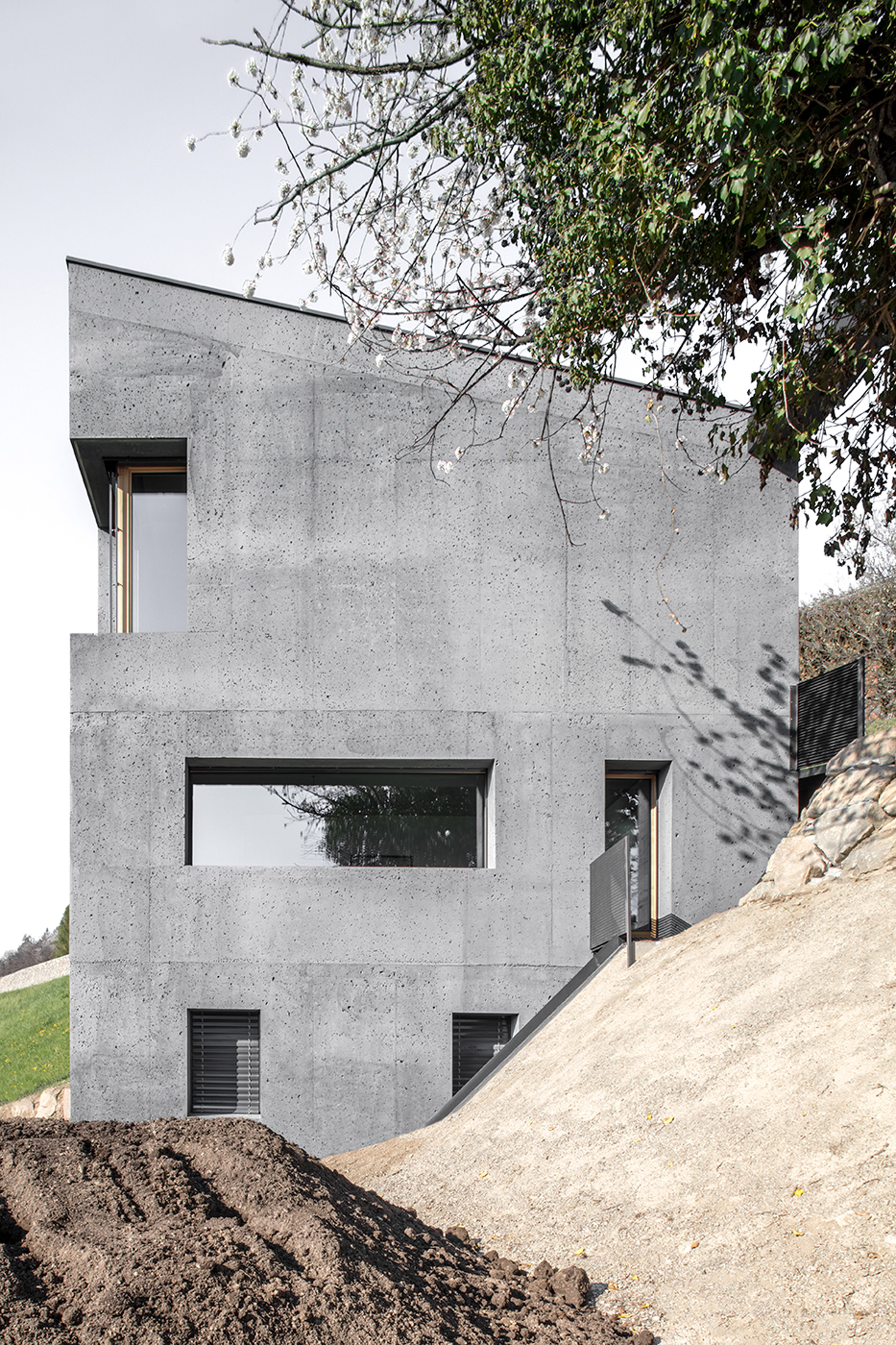 “The special climatic conditions in the Alps, as well as the requirements of the national energy saving guidelines, forced us to think about how the application of building materials can be optimised without the production of waste,” explained Andreas Gruber.

“In order to meet these requirements, unique details have been developed that work without composite construction.” 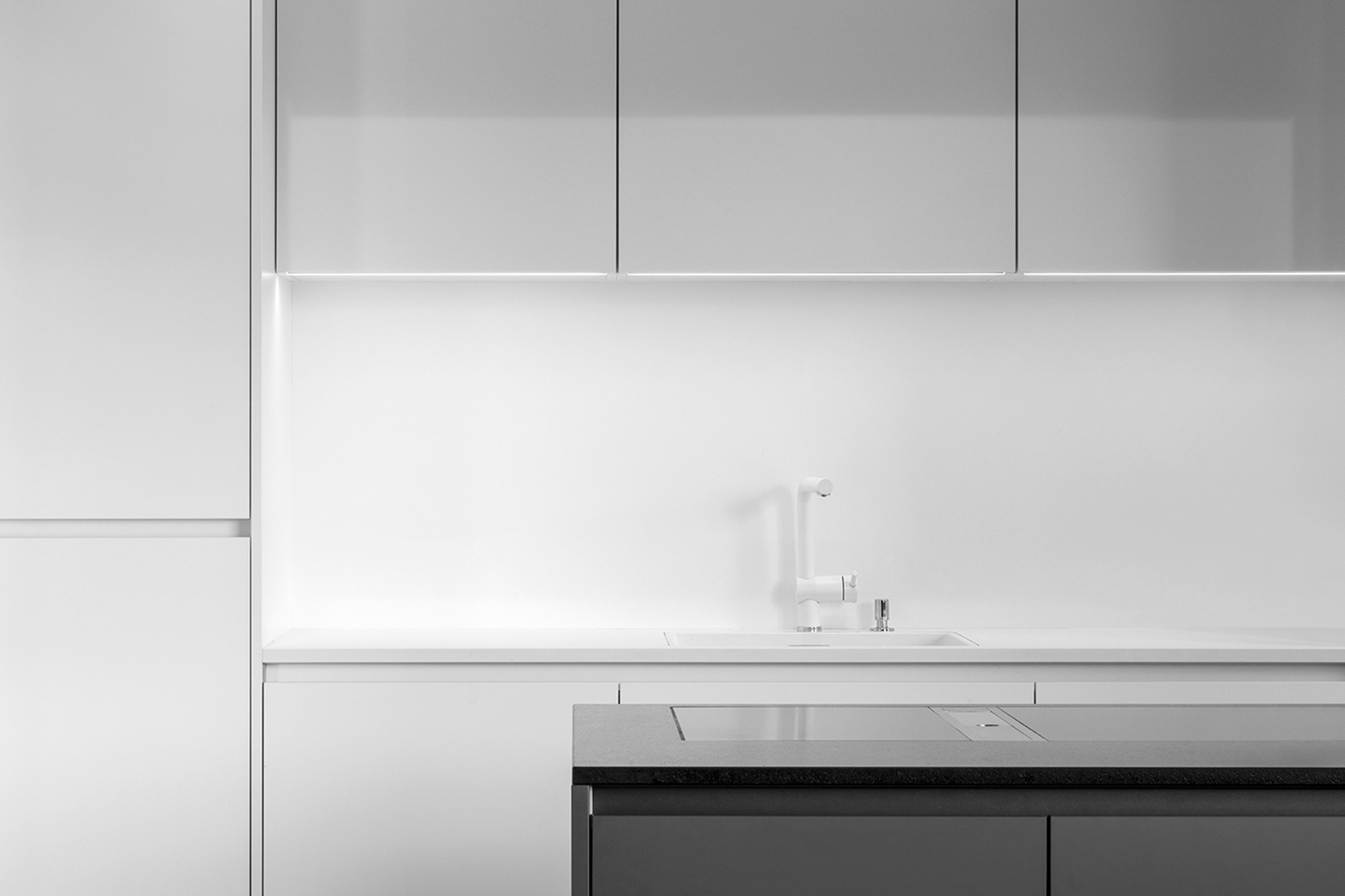 The residence named Habitat Andergassen Urthaler is constructed from a porous variety of concrete known as Dämmbeton. Used to form 60-centimetre-thick walls, the material was chosen for its thermal efficiency but also because it is recyclable, helping to reducing the carbon footprint of the building.

The architects hope the textured concrete walls will provide a foothold for moss to eventually grow over the building and blend it with the verdant landscape. The roof, which angles down towards the back of the site, is made from the same material. 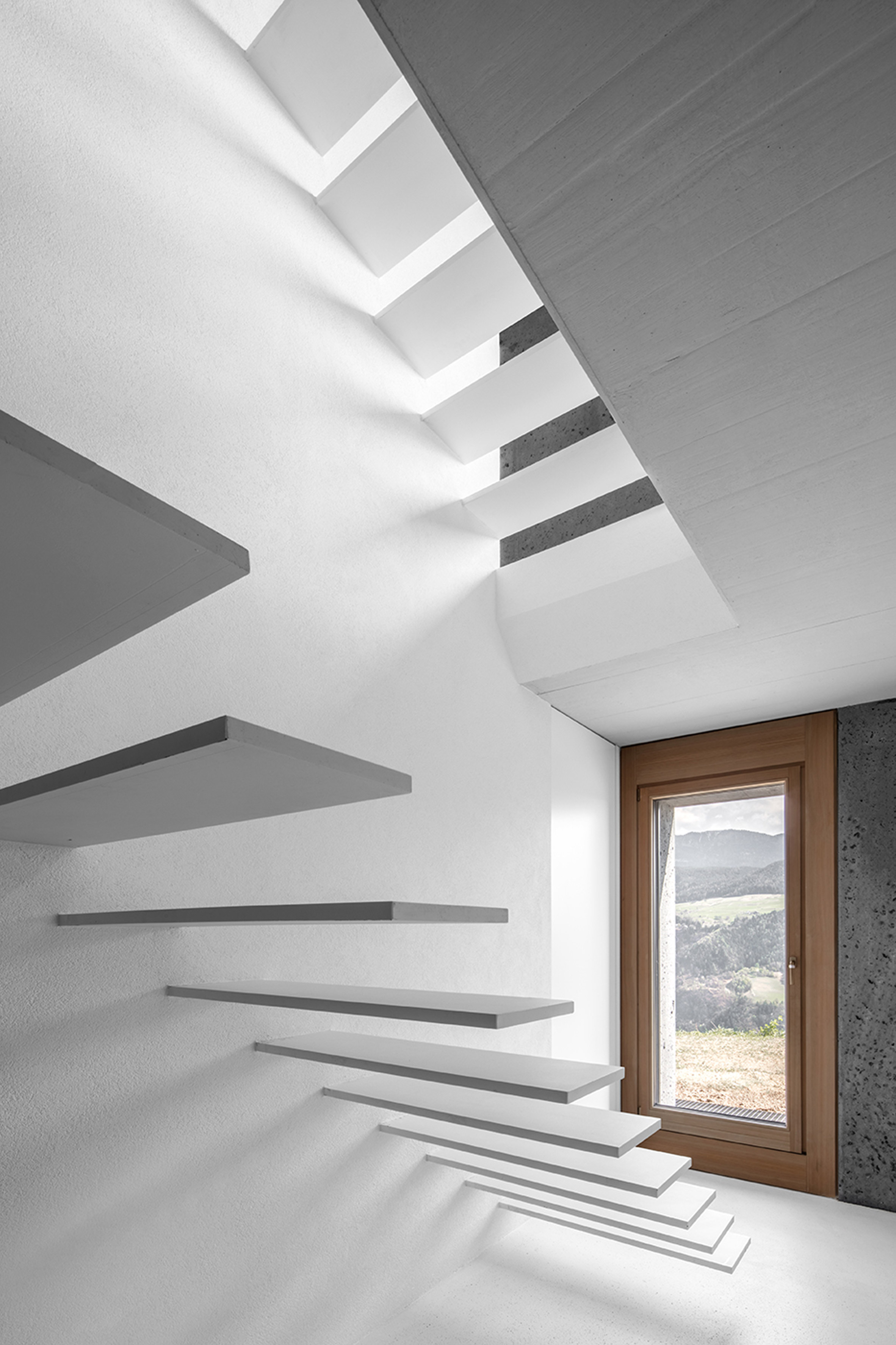 Alongside an open-plan kitchen and living room, the house comprises three bedrooms and a bathroom, as well as a television room and a multi-functional space.

These rooms are minimally finished patches of bright white and smooth wall, which are designed to contrast the rough and porous exterior. 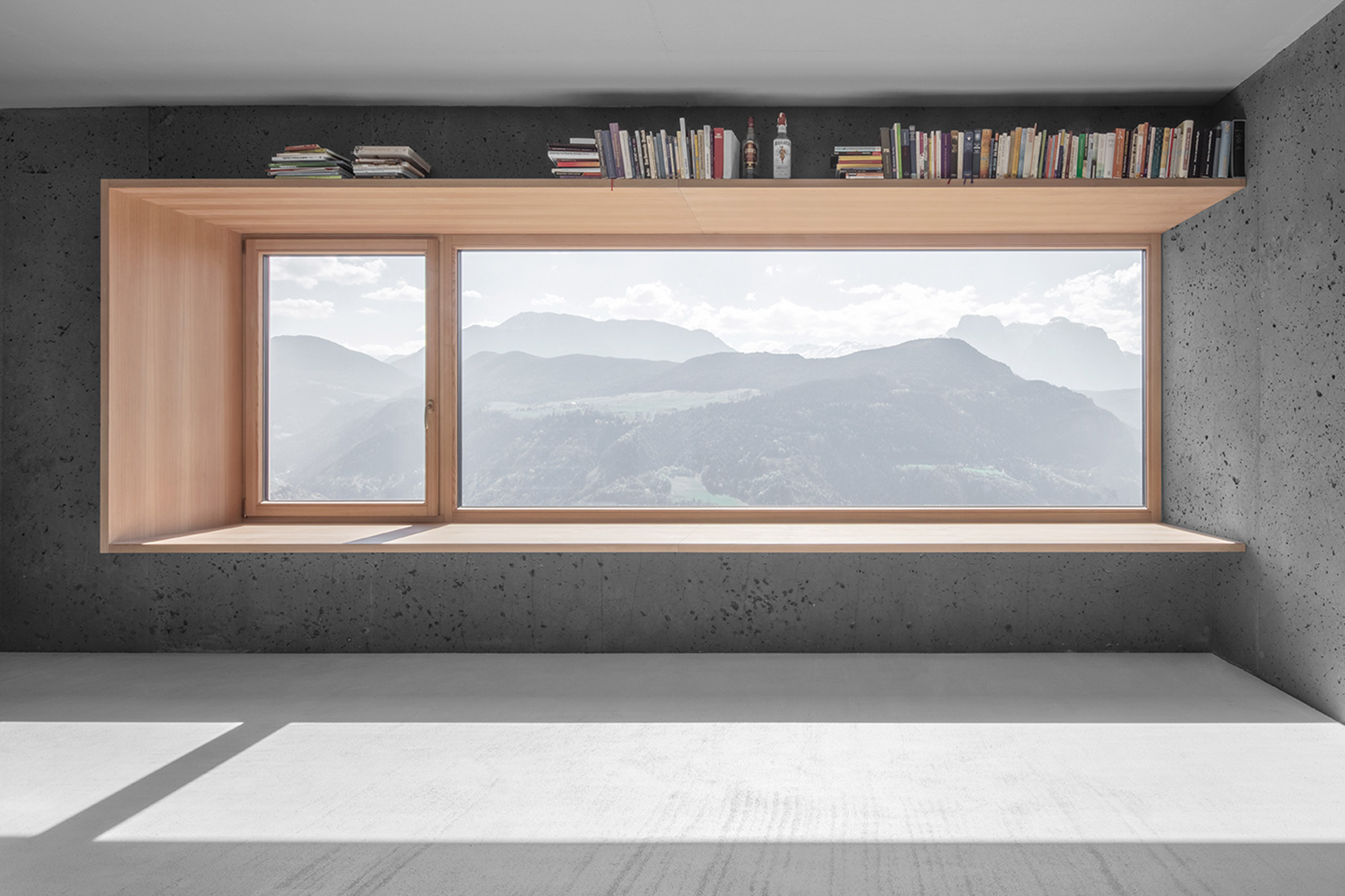 The pared-back finishes also draw focus to the panoramic views of the Dolomites, which can be seen throughout the house.

The thickness of the external walls also helps to frame the building’s surroundings by facilitating the integration of deep wooden window seats, which double as a bookshelves. 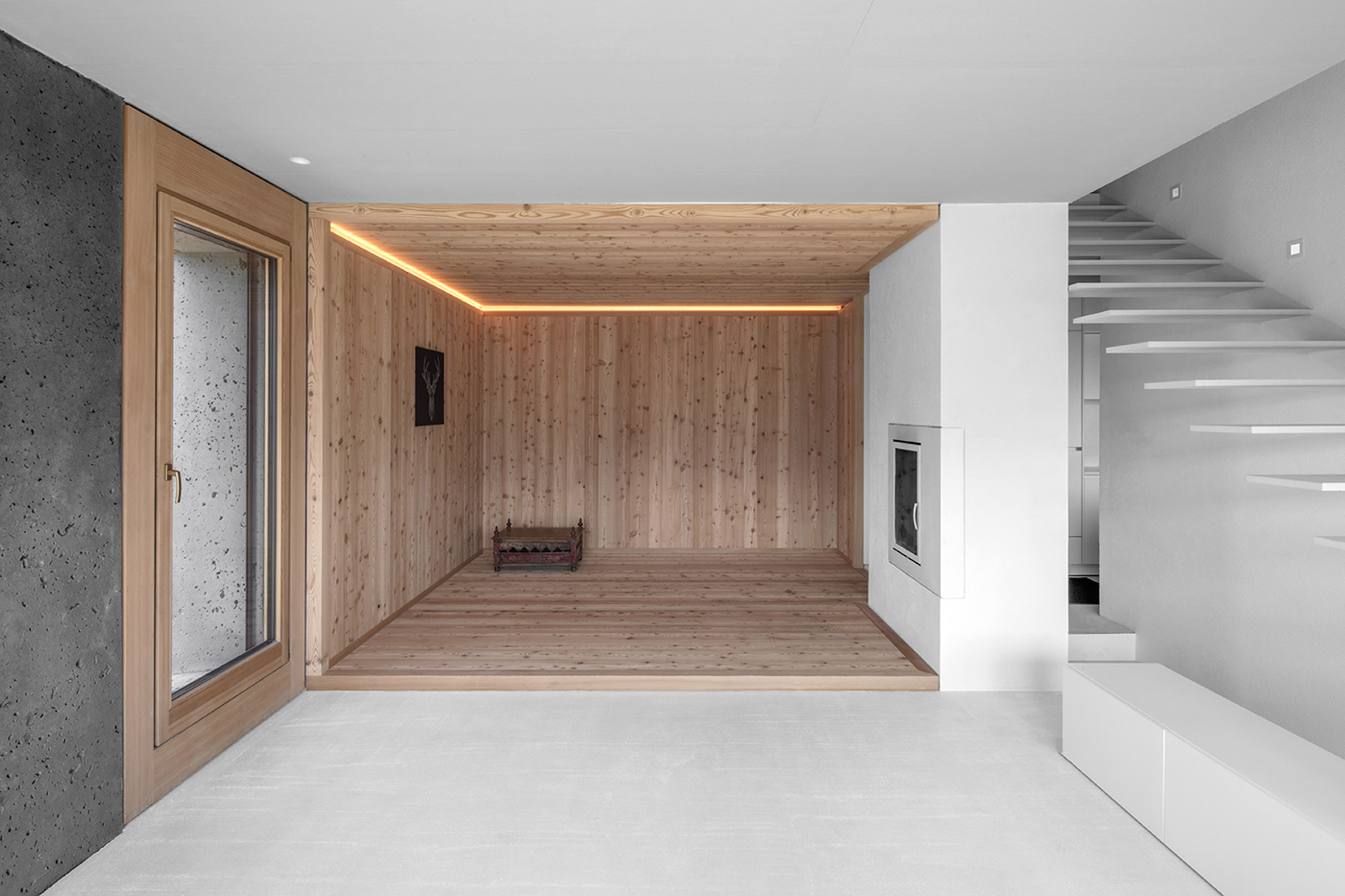 But the bathroom captures the landscape from a different aspect, with a window that looks onto the exposed cliff face within which the building has been embedded.

Rooms are rotated around a central staircase with cantilevered treads and another focal point of the house is a timber-lined room, which Gruber intended as a modern-day parlour.

Two flights of external steps run along the side walls of the house to connect the different levels. 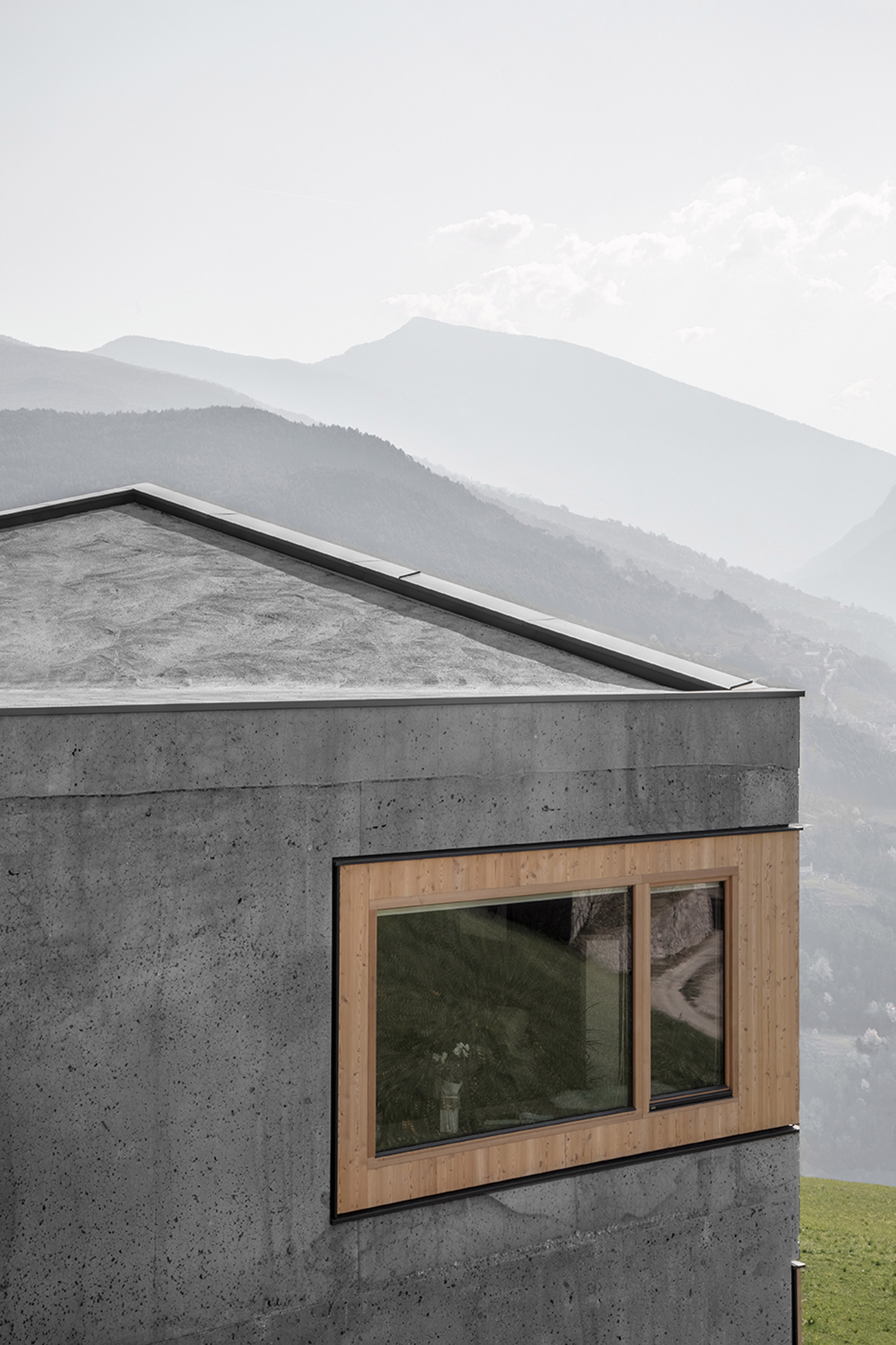 Stuttgart-based Steimle Architekten recently completed a similar project in Germany that takes the form of a crystal, and features a rough concrete facade and minimal interiors that draw attention to its picturesque surroundings. 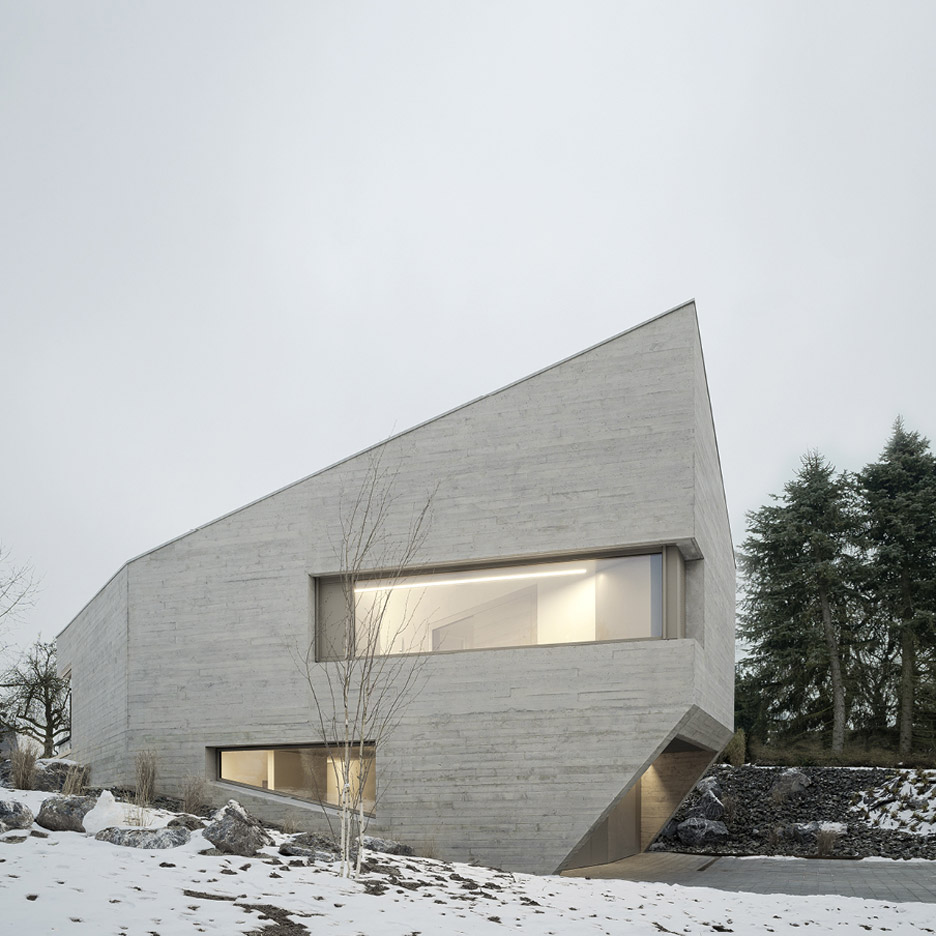