Chinese studio Archi-Union based the tiered form of this cable-car station on an abstracted geometric model of the mountains surrounding its site on the shores of Qiandao Lake. 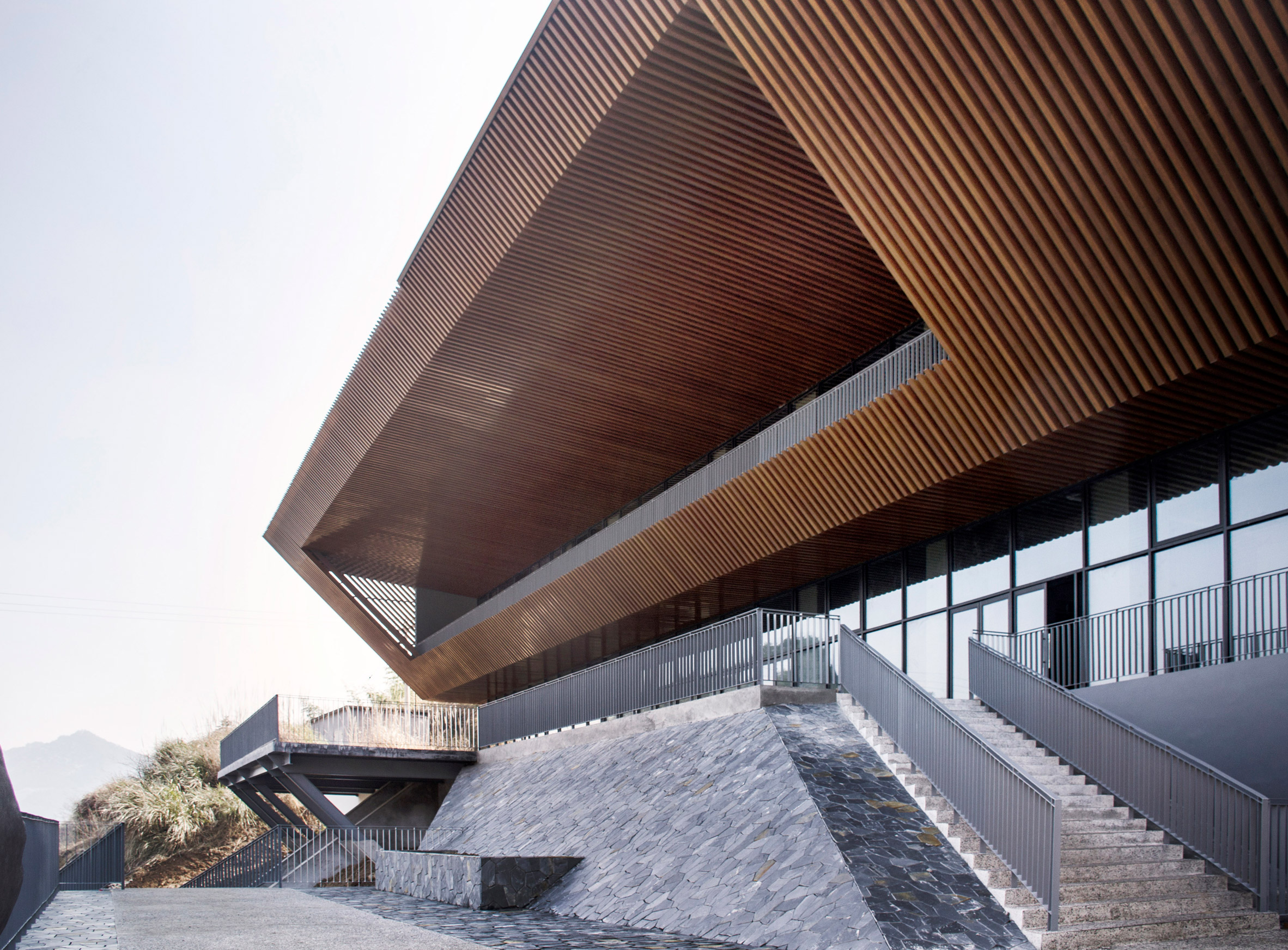 The Shanghai-based architecture office was invited to develop a proposal for the Qiandao Lake Cable Car Station in 2013, as part of a planning and architecture project for the Jinxianwan East Resort.

The site looks out towards the islands dotted across the man-made lake and is backed by steep mountains. The lake is a popular tourist destination and the building is situated above a dock that connects boat routes with the cable car.

Irregular stone slabs cladding the base of the structure provide a visual link to the rocky hillside and the steps down to a dock. Composite bamboo plywood used as the cladding material for the angular upper portions of the building was chosen because of its common use in local architecture and its ability to help integrate the structure into its surroundings. 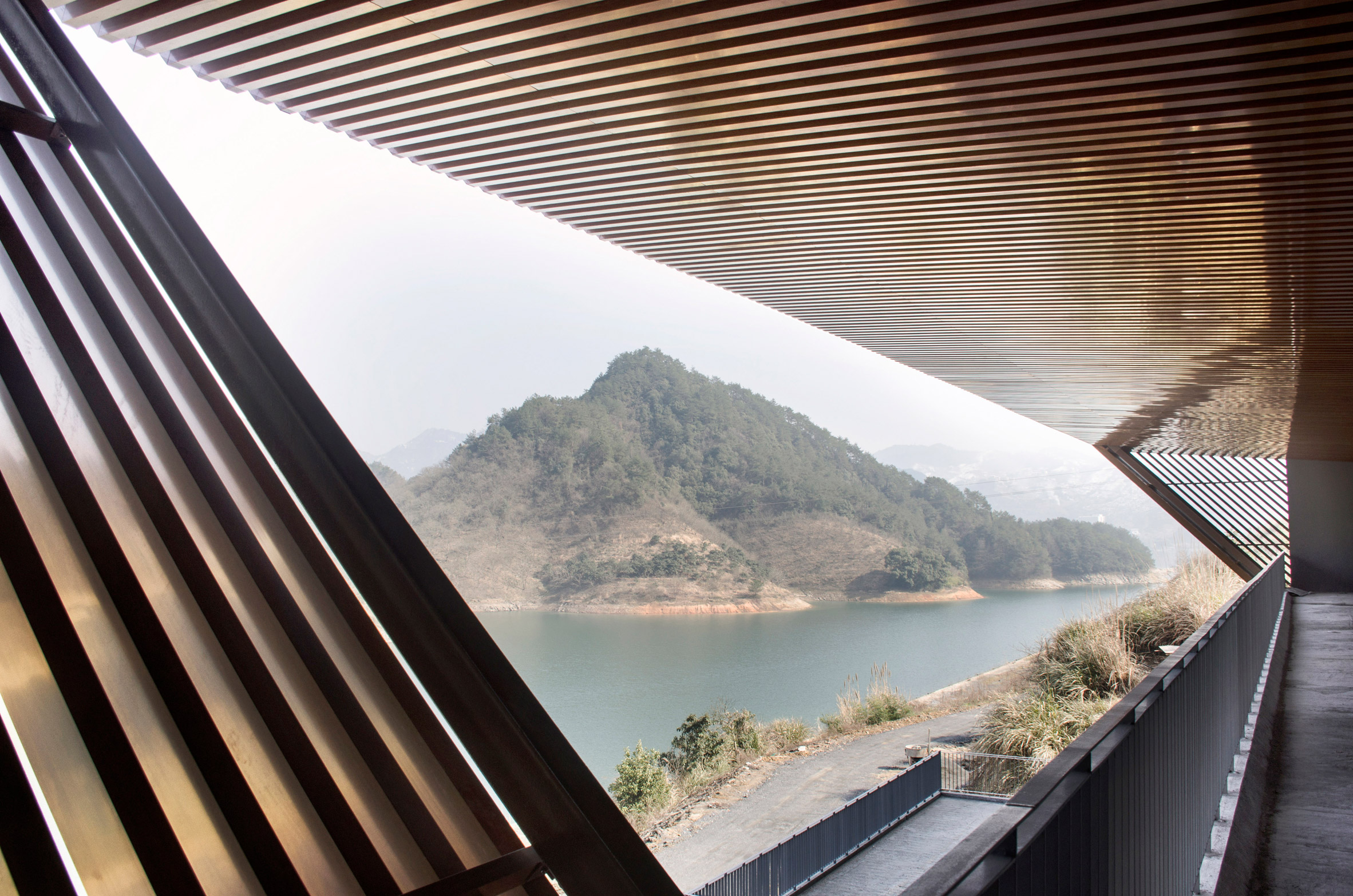 The cable-car station forms part of a masterplan that divides the waterfront into orthogonal plots connected by pathways and greenery. Other buildings will gradually be erected around this new amenity, which occupies a central plot within the development.

The sloping, irregular ground initially posed a problem for the studio, which eventually devised a proposal that draws inspiration for its geometric and stacked form directly from the terrain. 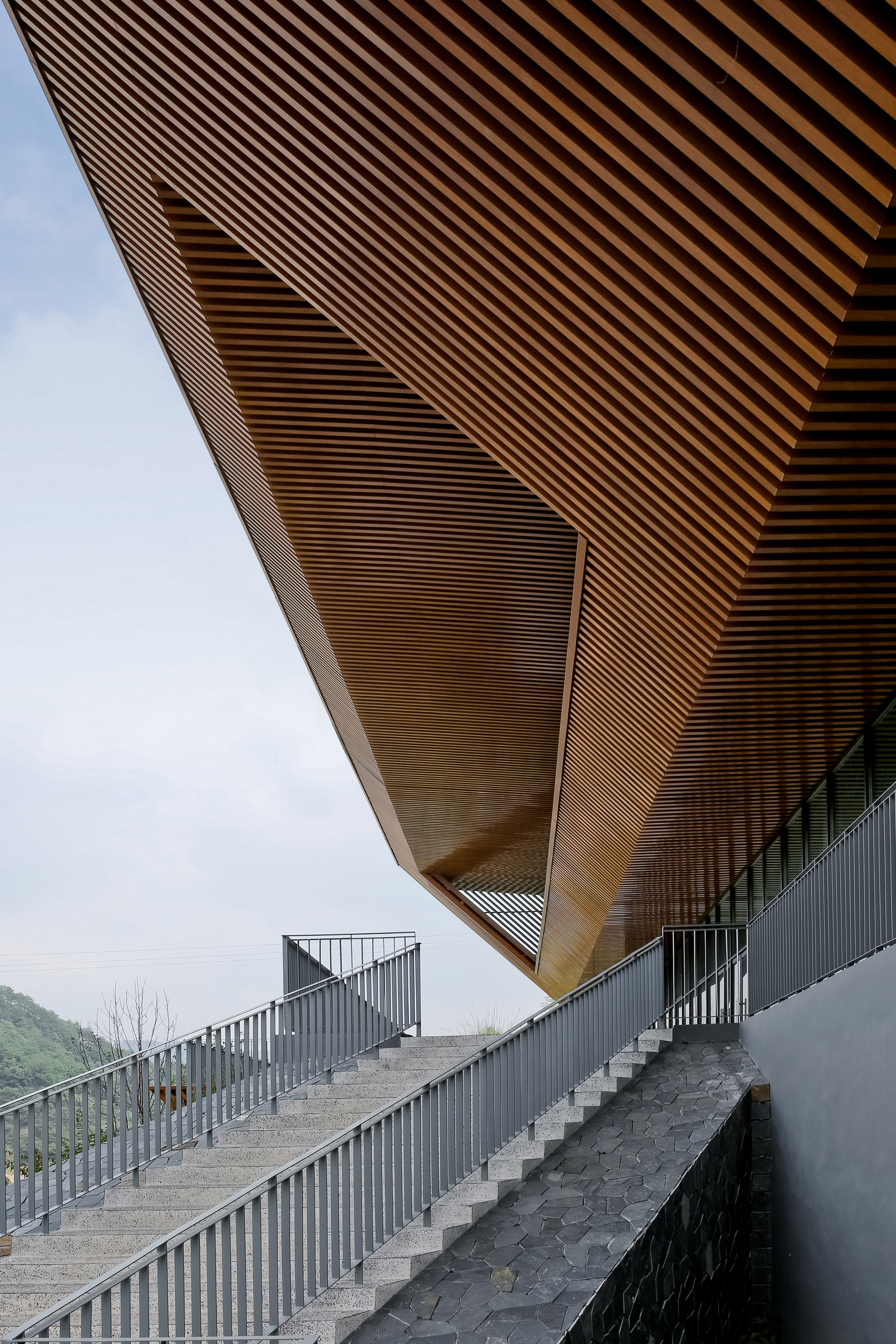 “We decided to use the form of the mountain itself as a departure,” Archi-Union explained. “From there we sought to go beyond that initial step and reach something more intrinsic to the site and requirements of the building.”

The project team conducted a geological analysis of a rectangular section of the hillside and used a computer to translate this information into an abstract geometric model that informed the layout of the cable-car station’s stacked volumes. 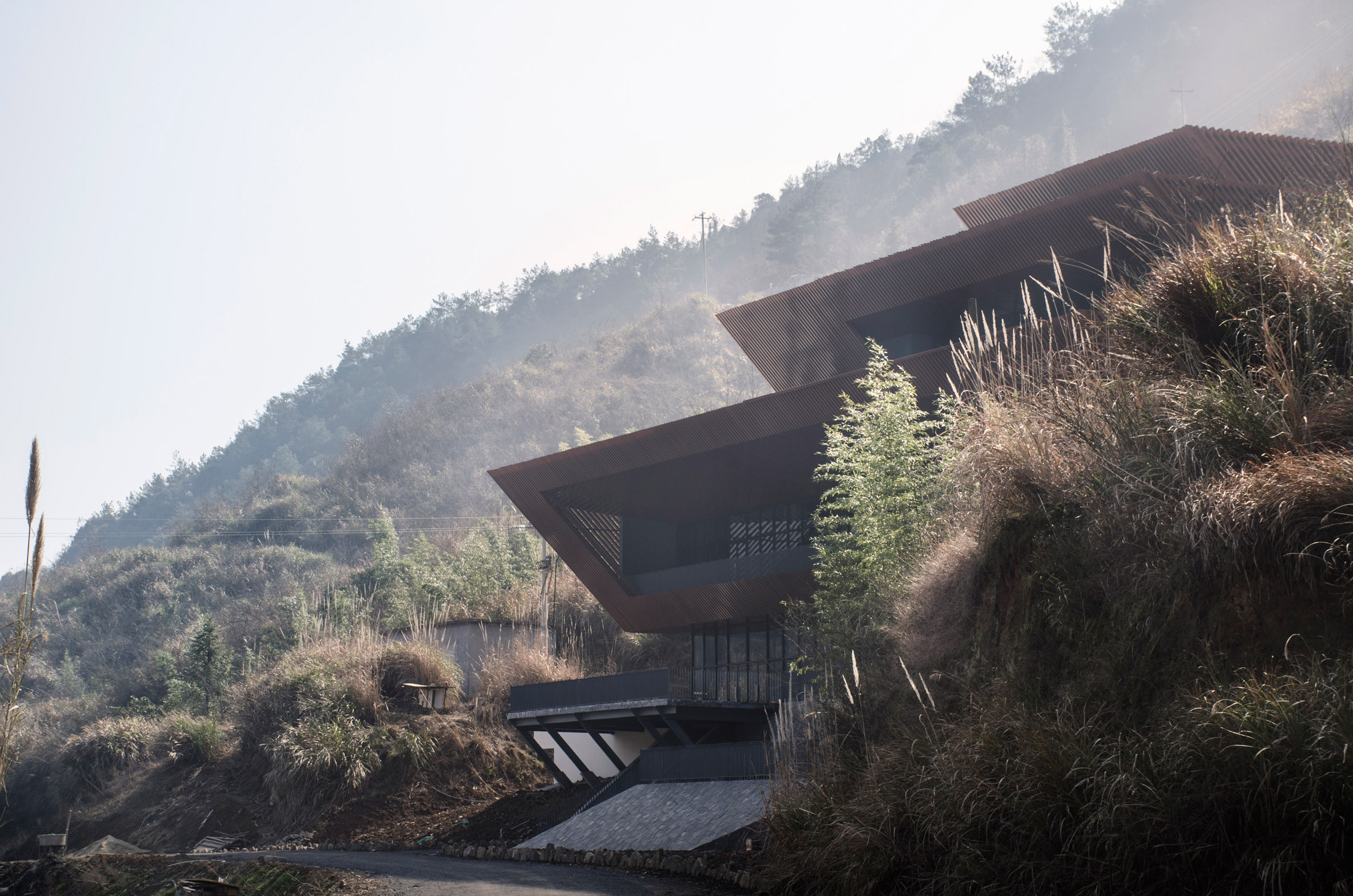 “In this process we found forms with direct origin and geometrical grammar connected to our site,” the studio added. “These forms foreshadowed the resulting shape of our built project that would emerge later on.”

Another influence on the cable-car station’s jagged geometric aesthetic were the rows of stone steps that form the dock down at the waterfront. While not to the architects’ taste, it made sense to echo this monolithic intervention in the building’s stepped form. 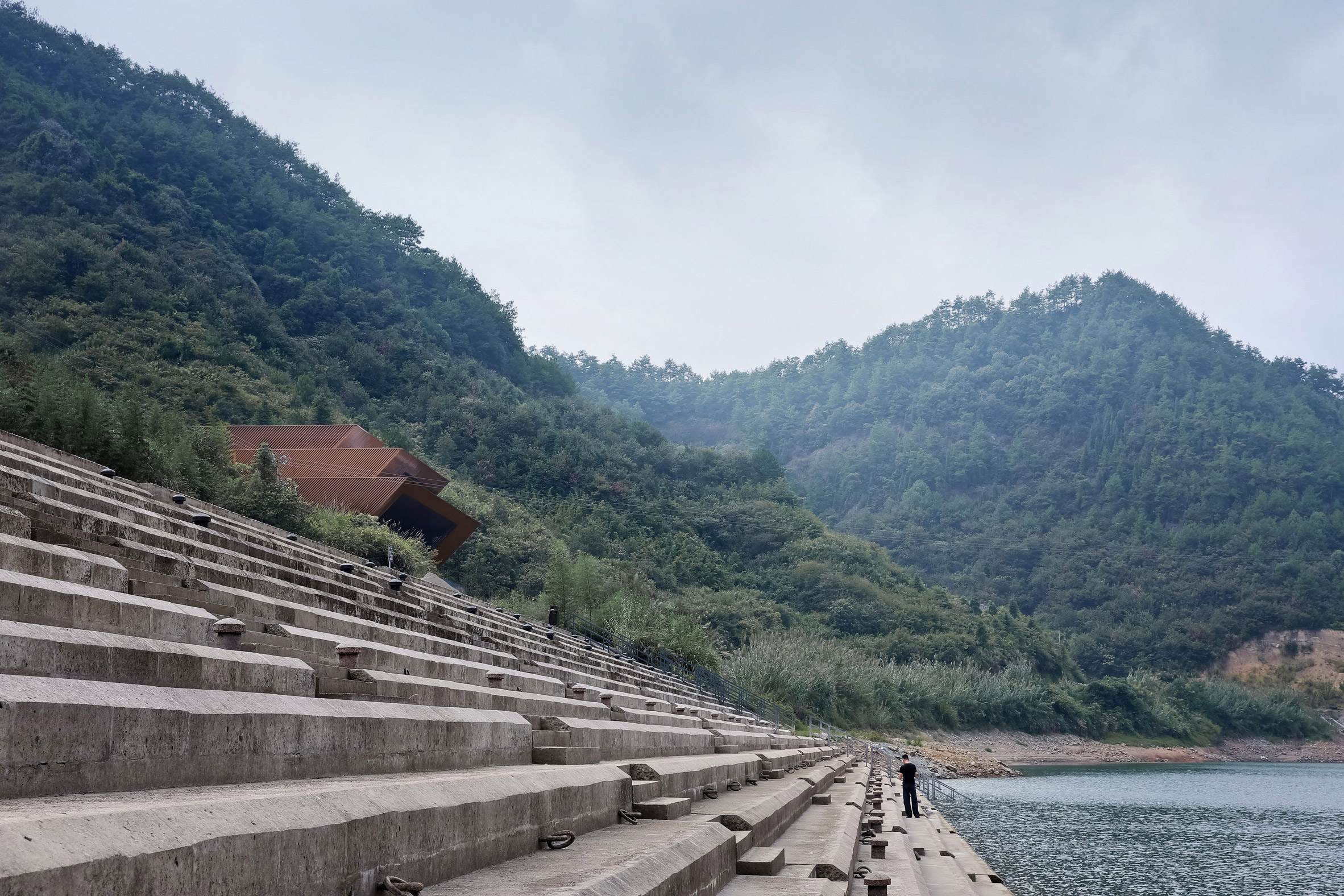 The difficulty of building on the hillside also prompted the configuration of several cantilevered elements that only touch the ground where necessary and otherwise lean away from the mountain.

Analytical models and methods of reduction were used to carve out volumes that represent an abstraction of the existing nature. The entire structure is covered with plants and bamboo to help it merge with its setting, particularly when viewed from above. 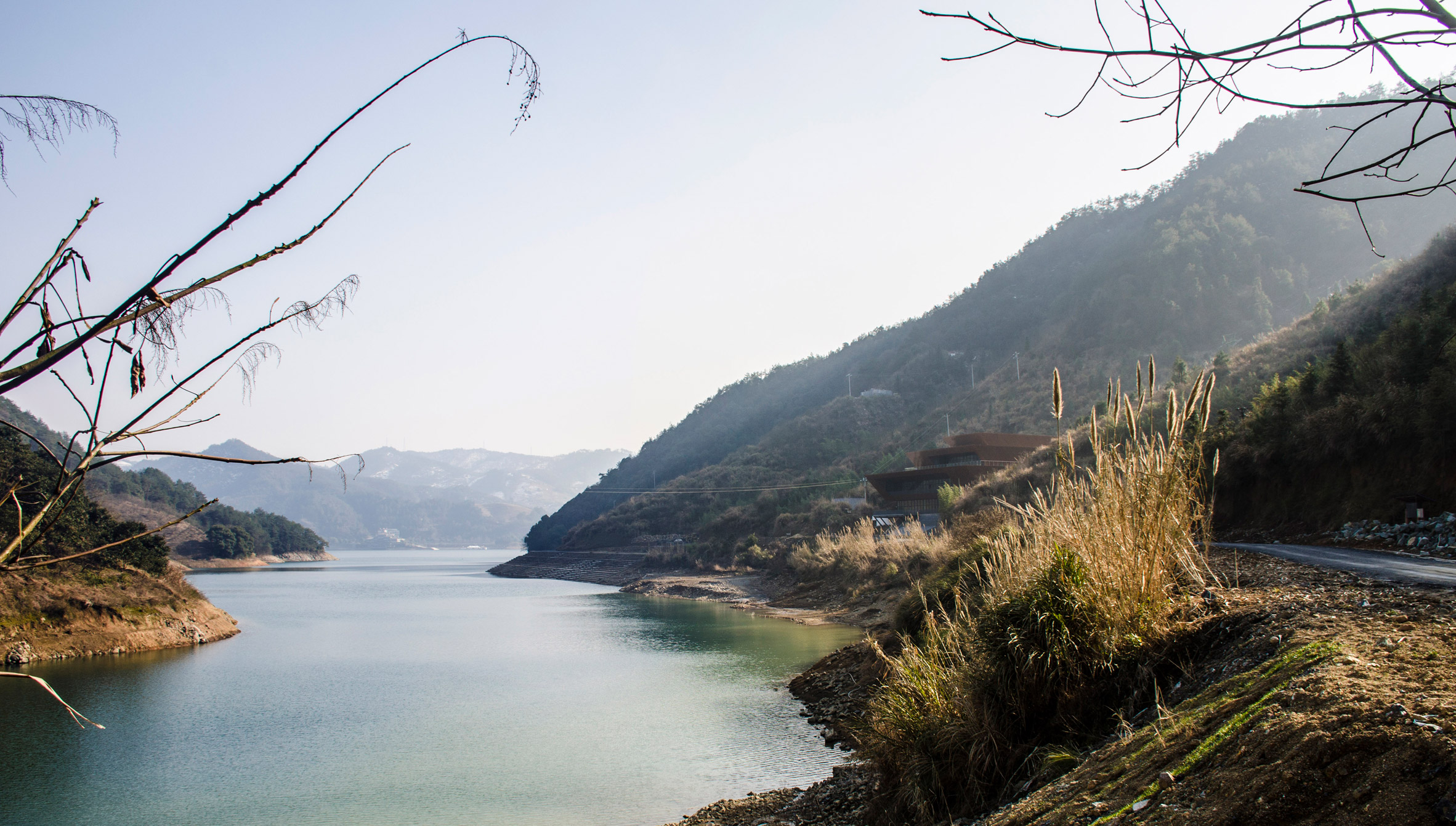 “What was once a collection of geometry fragments now coalesced into a cohesive whole, producing an object that was tucked into the fabric of the mountain itself without losing its autonomy,” said the architects.

The four-storey building contains amenities including an exhibition space, a cafe and a small shop, in addition to providing access to the cable cars on its upper level.

Arch-Union’s previously completed projects include an art gallery in Shanghai featuring a bulging brick facade built by robots, and a clubhouse at an art school on the outskirts of the same city with a dramatically twisting roof.

The post Archi-Union’s Qiandao cable-car station features stacked forms that lean out towards a lake appeared first on Dezeen.