Chinese architecture office Ares Partners has completed a hotel nestled among the mountains of Ninghai County, China, in a collection of refurbished stone warehouses.

The studio headed by architect Helen Wang designed the Huchen Barn Resort for the site of a former granary in the Huchen township, which lies between Tiantai Mountain and Siming Mountain in east China’s Zhejiang province. 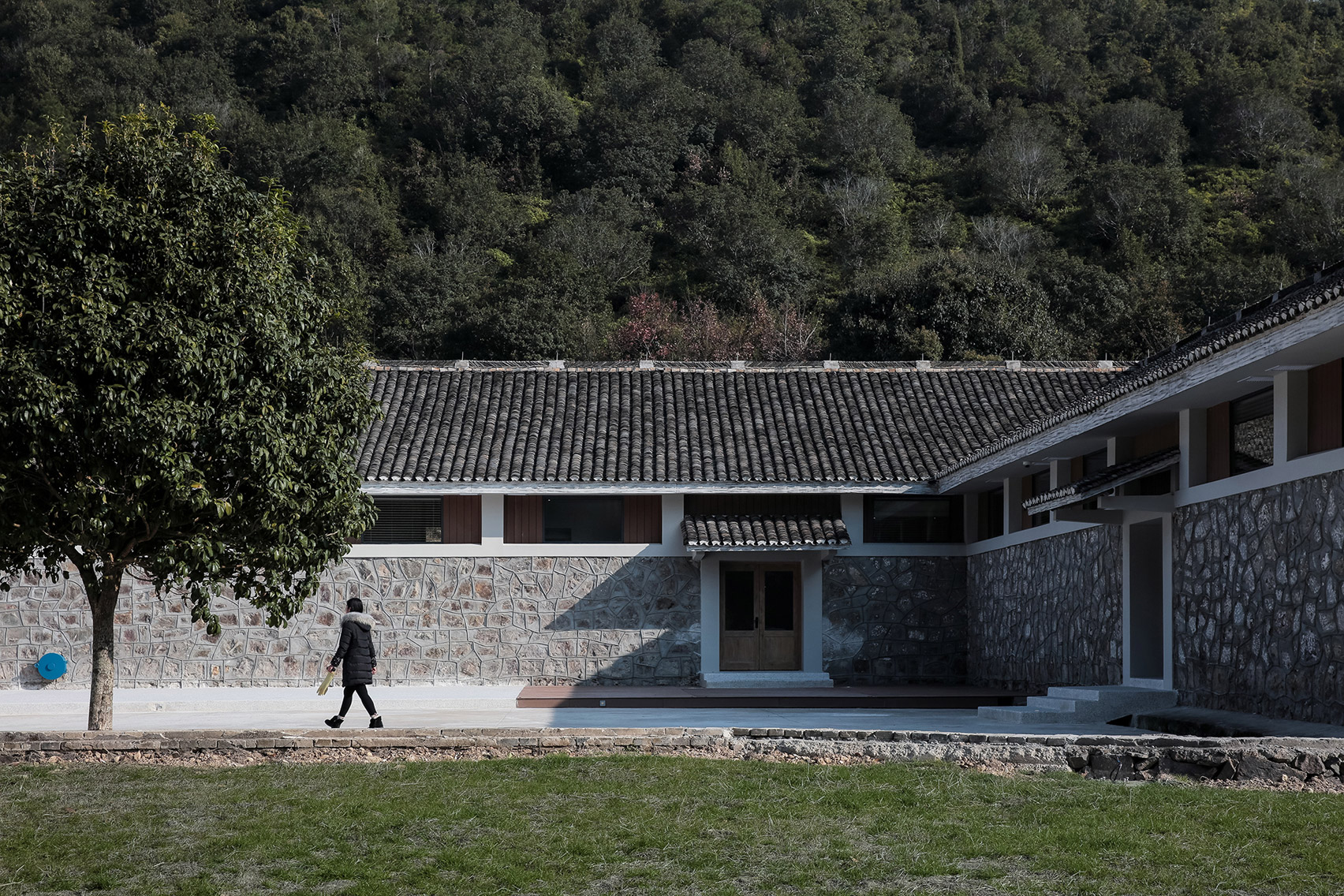 The granary was originally constructed in 1956 and six of its original buildings remained in good enough condition to be repurposed as part of the new hotel.

The architects sought to preserve the character of the masonry structures and their relationship to the natural setting, while adapting them to their new use and introducing a contemporary white structure to house the new reception and meeting facility. 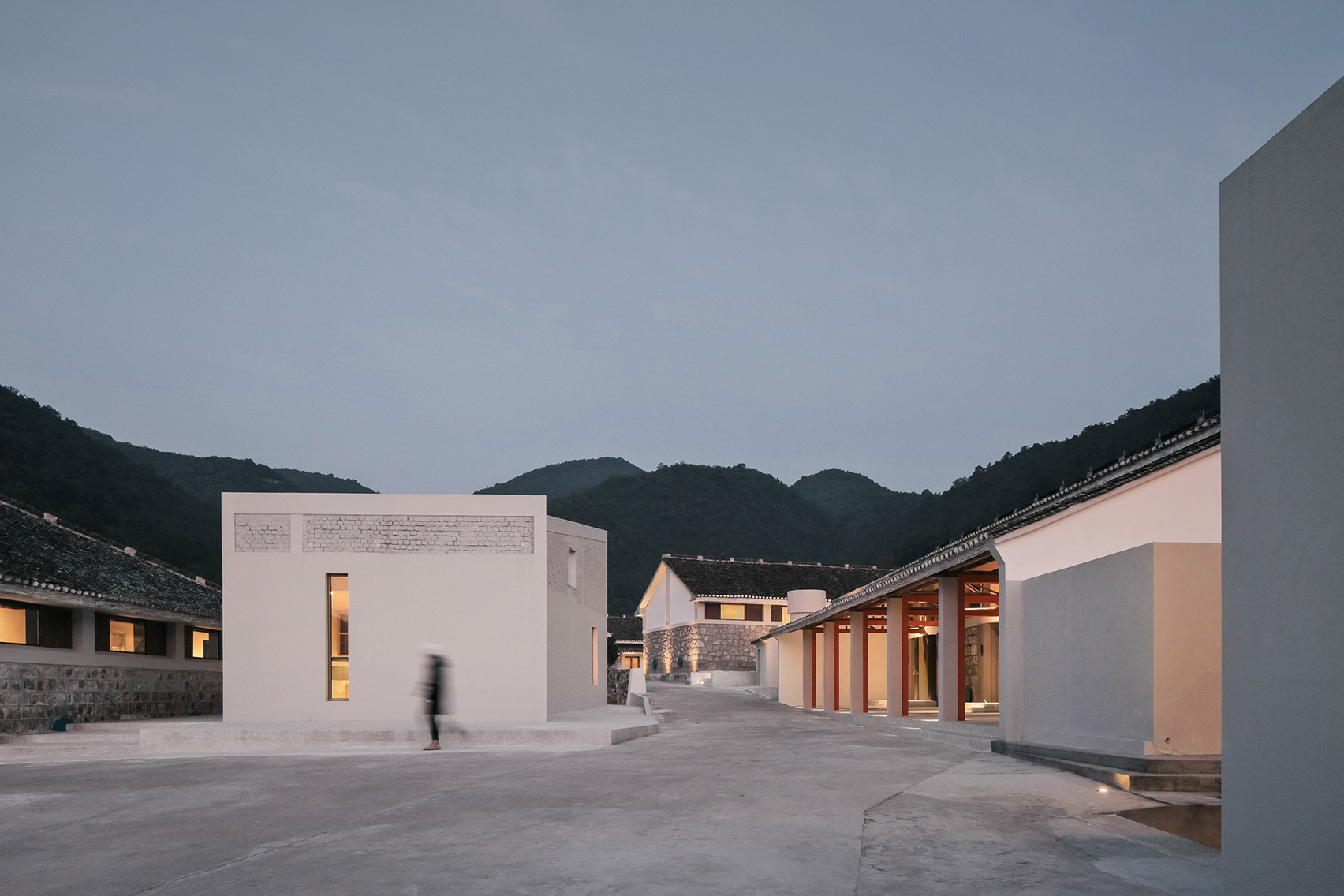 “To convert from a storage space to a place where human comfort is in demand becomes quite a challenge to us,” said the studio, which previously transformed a group of disused farm buildings in Yangshuo County into a boutique resort. 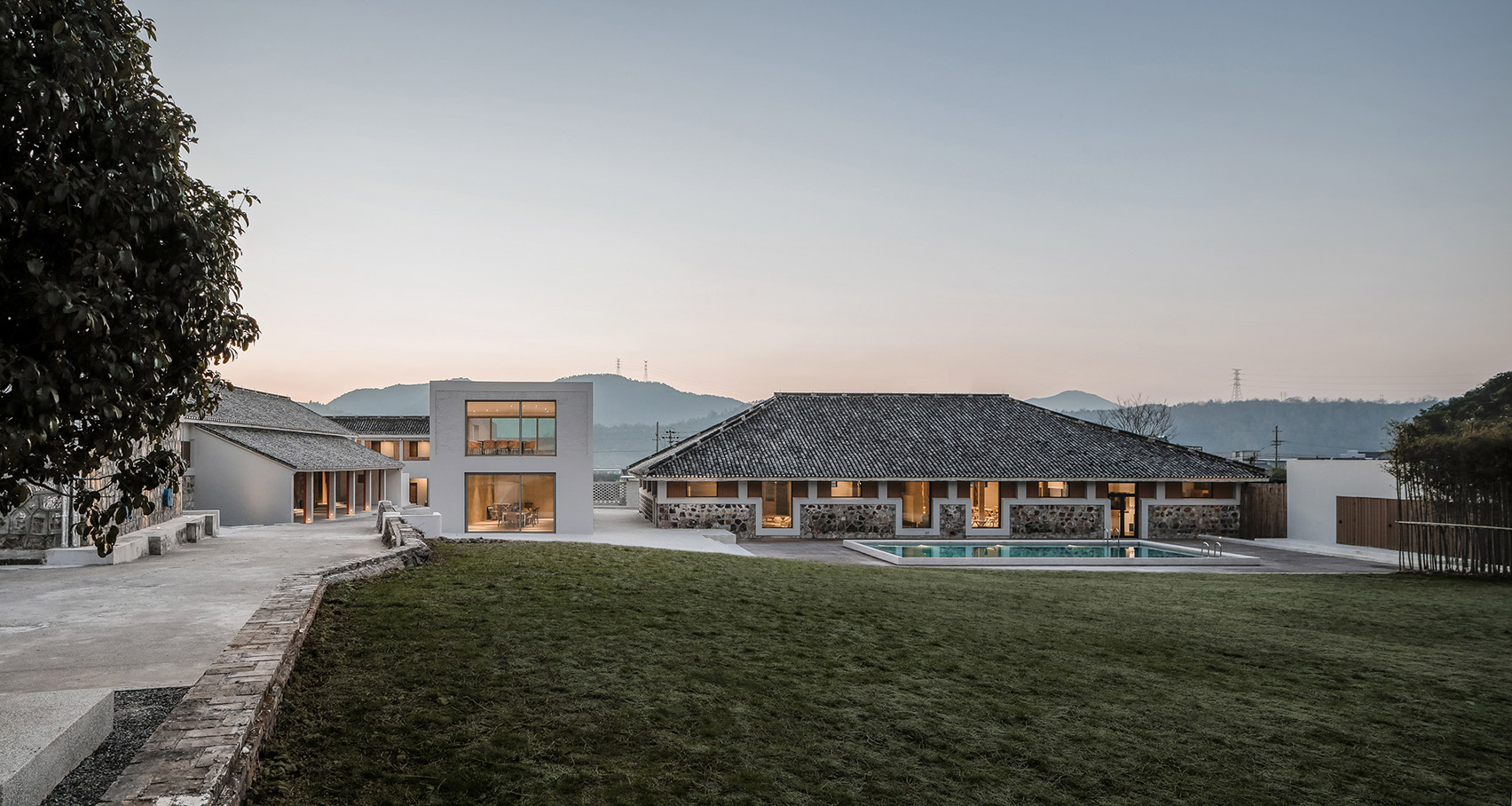 The existing buildings had been covered with layers of white paint, which was stripped away to reveal the original masonry facades. The structures comprise a layer of rough stone supporting a band of brick that is punctured by high windows.

The first task undertaken during the conversion was to expand some of the openings so more daylight reaches the interiors, whilst minimising interruptions to the historic walls. 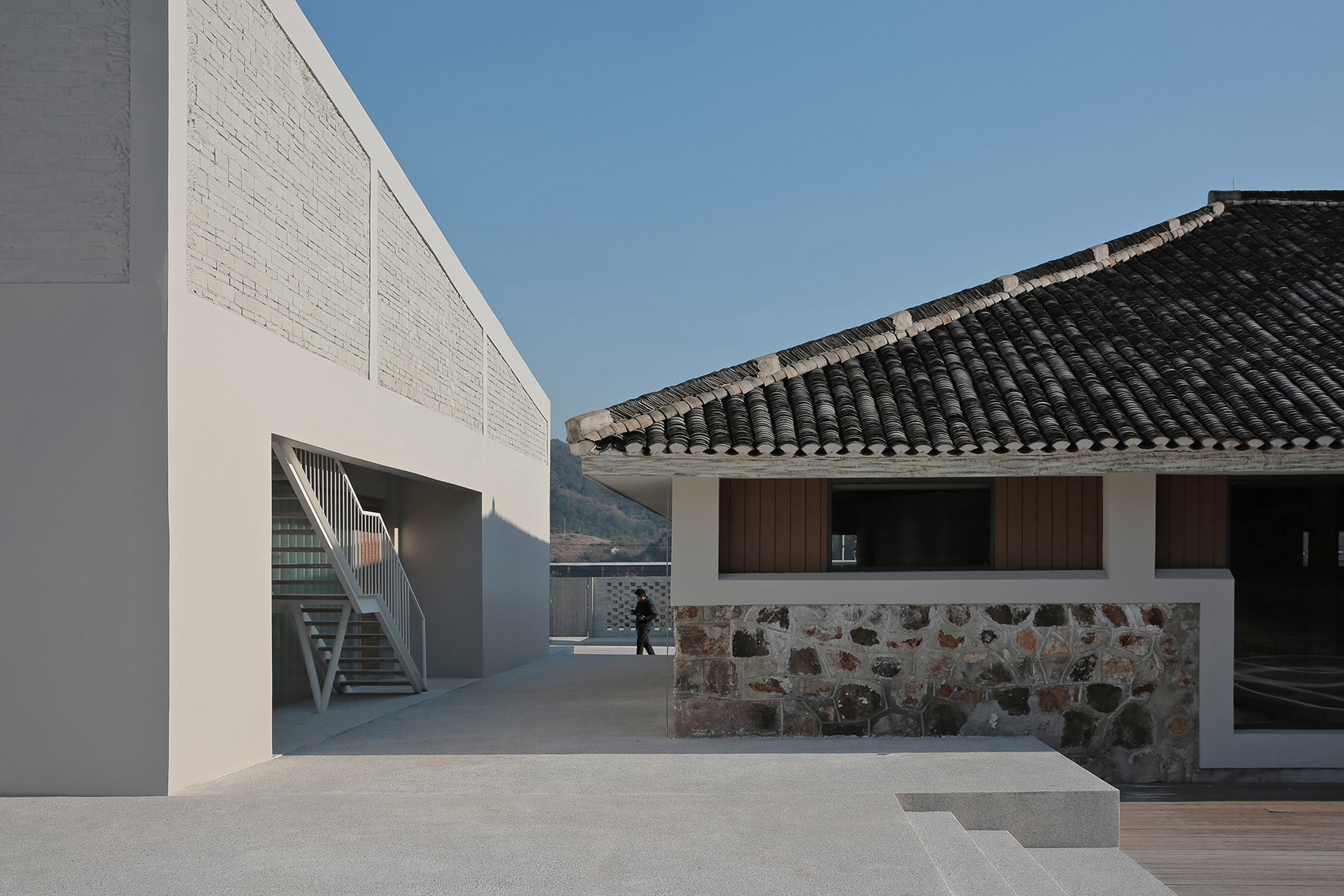 The studio also removed false ceilings in two of the buildings to reveal the original timber frames. Steel I-beams were introduced to reinforce the structures were necessary, as well as creating channels for hiding pipes and cabling.

The buildings accommodating guest accommodation were adapted by adding internal partitions to provide 21 suites with new bathroom facilities. The rooms created within the original volumes feature lowered ceiling heights intended to give these spaces a more human scale. 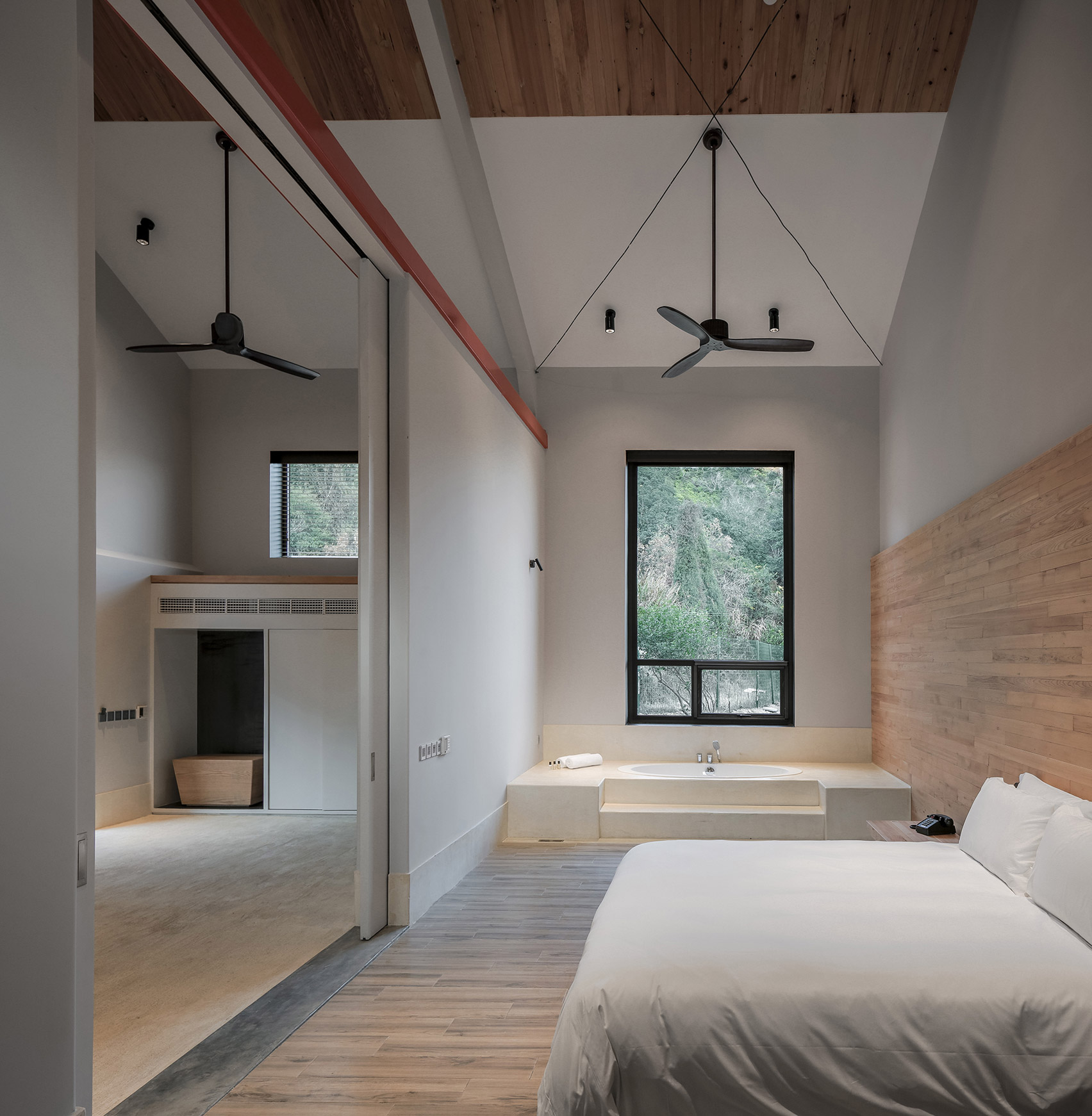 The smallest of the existing buildings on the site contains a pair of guest suites featuring extensions protruding from the rear. 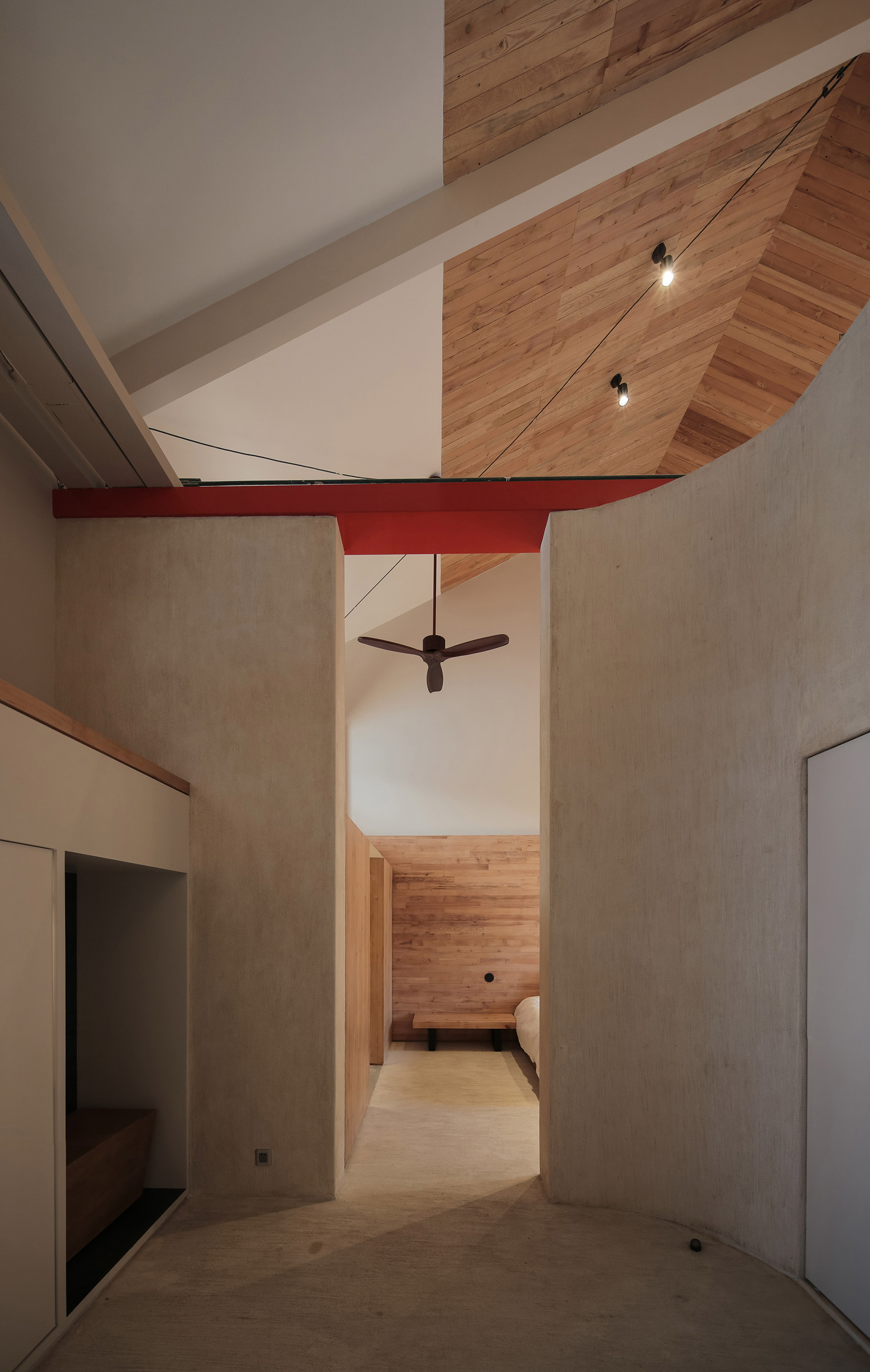 The new reception building that replaced a structure added in the 1970s is positioned directly in front of the entrance to the complex and was designed to occupy the same footprint as its predecessor.

The building is slotted in between two of the original structures and is intended to complement their massing and materiality, whilst achieving a distinctly modern character. 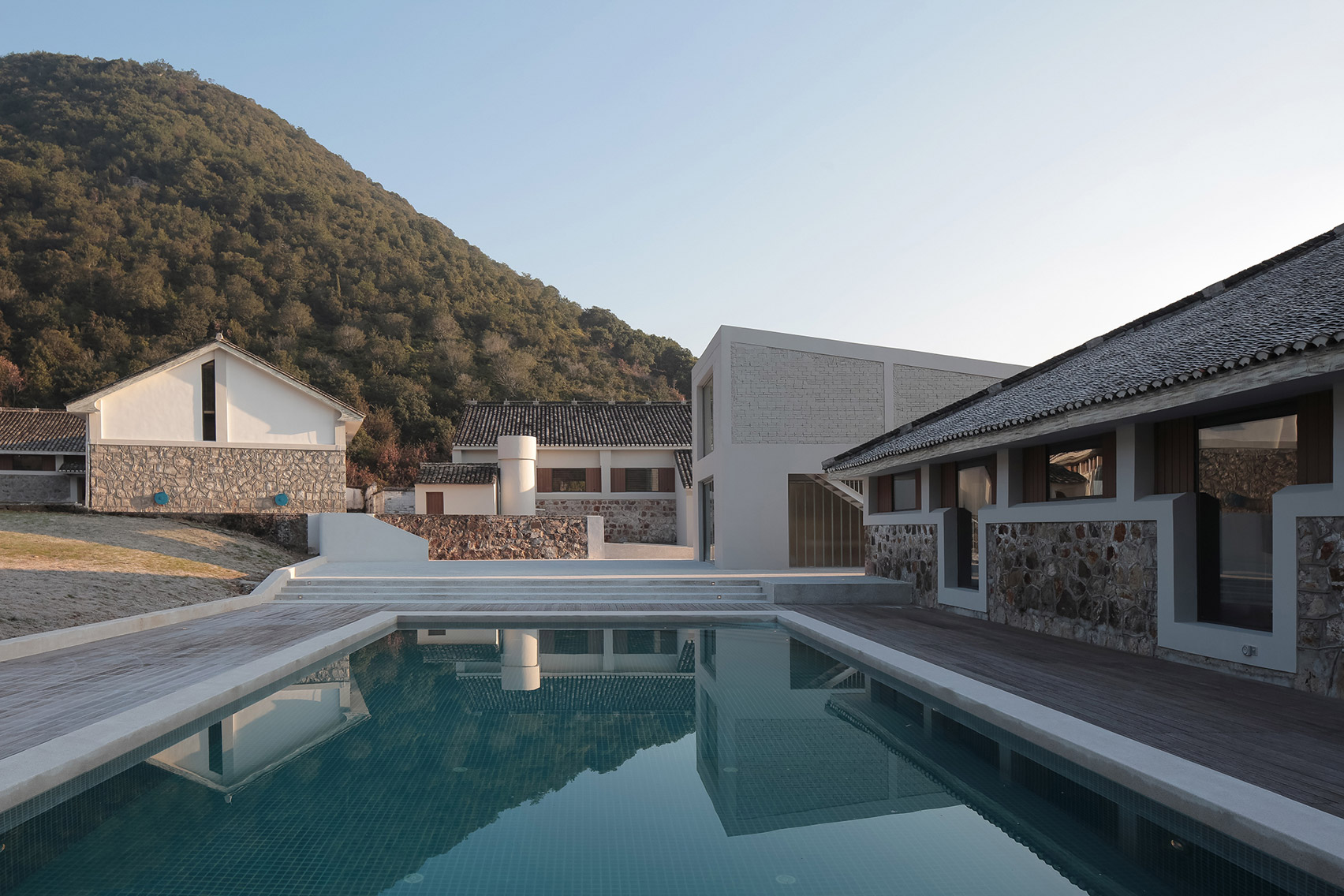 The architects wanted to preserve the view towards the mountains from the entrance gate, so the volume slopes upwards from front to back to prevent it blocking this scenic backdrop.

“The architectural form of the new building is modern and abstract,” the studio added. “The contemporary architecture language is respectful to the existing buildings around as well as to nature.” 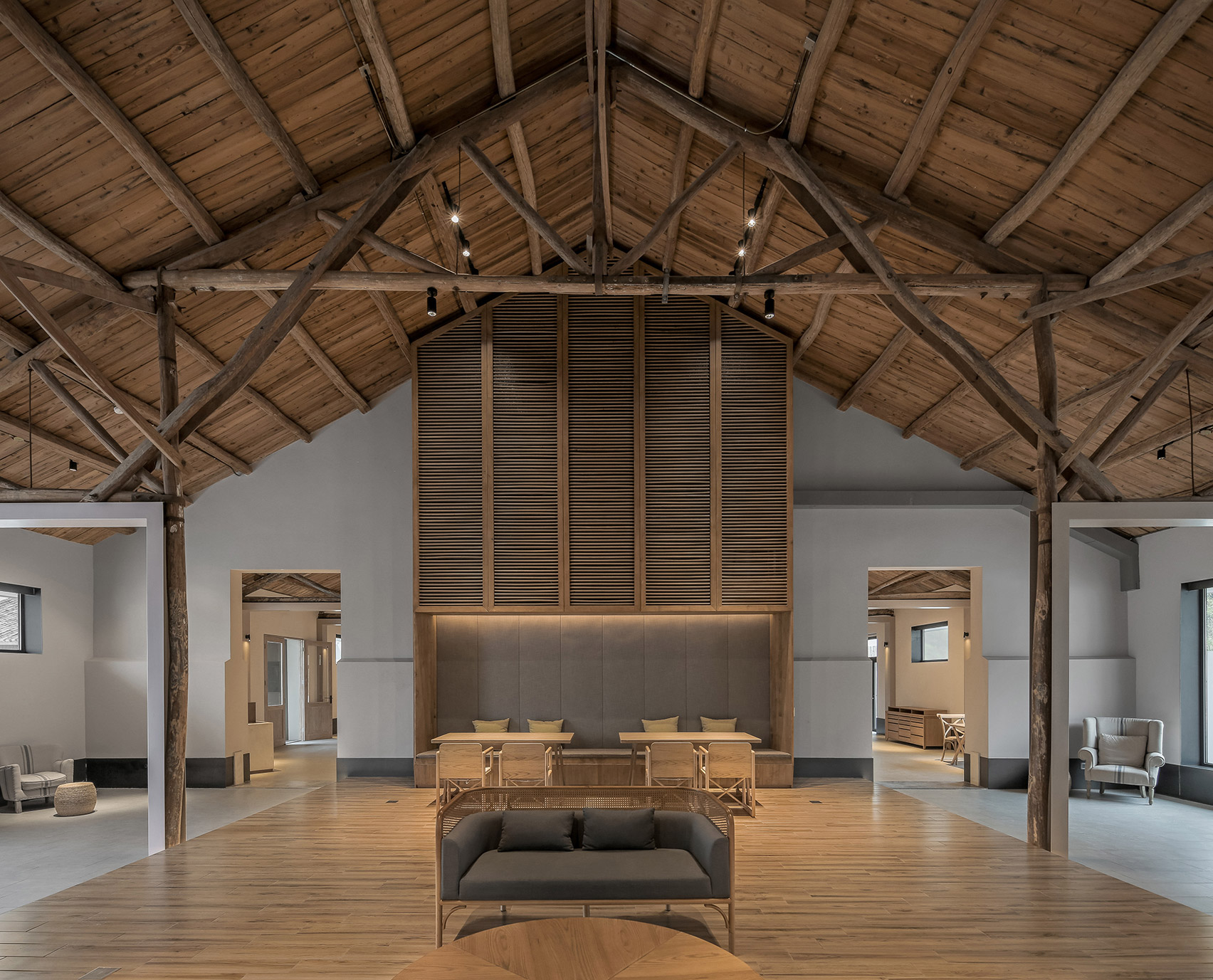 The block’s east facade folds inwards to create an inviting space for people to gather, while a new passageway along the western elevation provides access to a recessed staircase leading up to a tea room and roof terrace.

The structure to the west of the reception building houses a restaurant with high ceilings displaying the original framework. A kitchen and lounge are also accommodated in this block, which opens out at the rear onto a swimming pool and terrace.

Photography is by Su Shengliang.