Slovenian studio Arhitektura DOO has refurbished a small apartment inside one of the five Ljubljana towers that modernist architect Edvard Ravnikar built in the 1960s. 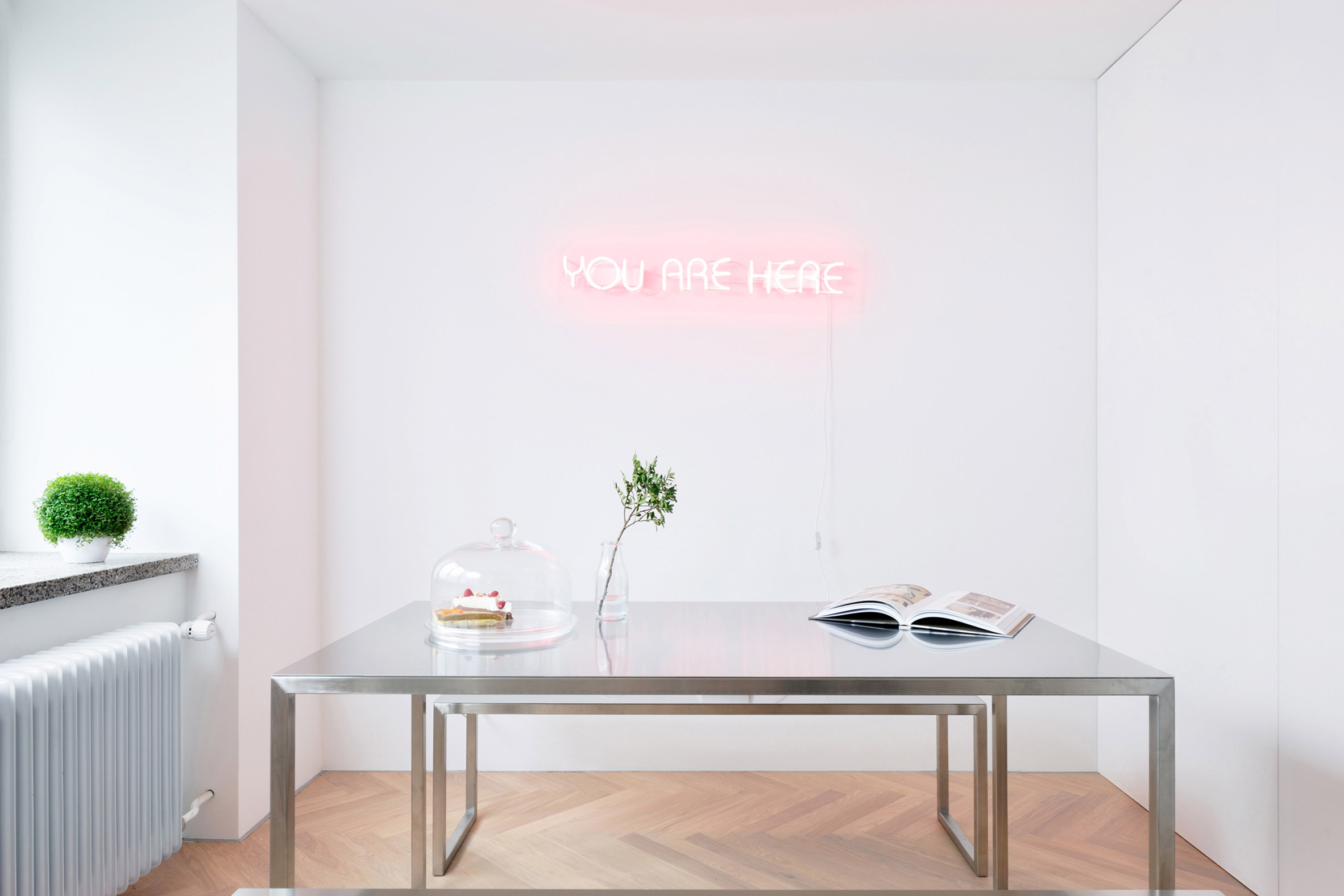 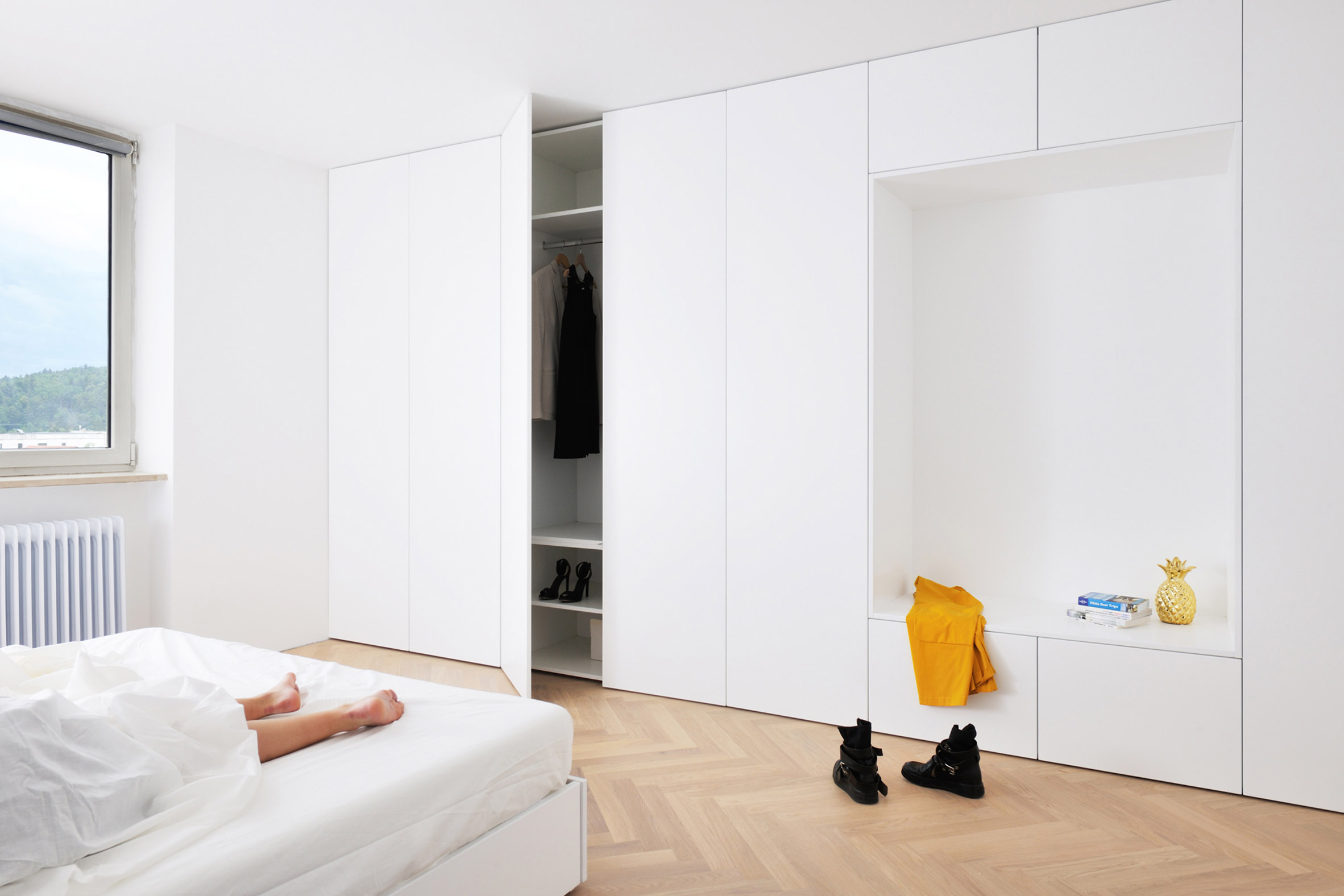 Before the redesign, the residence was in poor condition, being one of the few flats in the building that still remained unrenovated after half a century.

Despite this, the architects told Dezeen that the dilapidation actually turned out to be an advantage, as it allowed them to see the authentic state of the room as designed by Ravnikar. 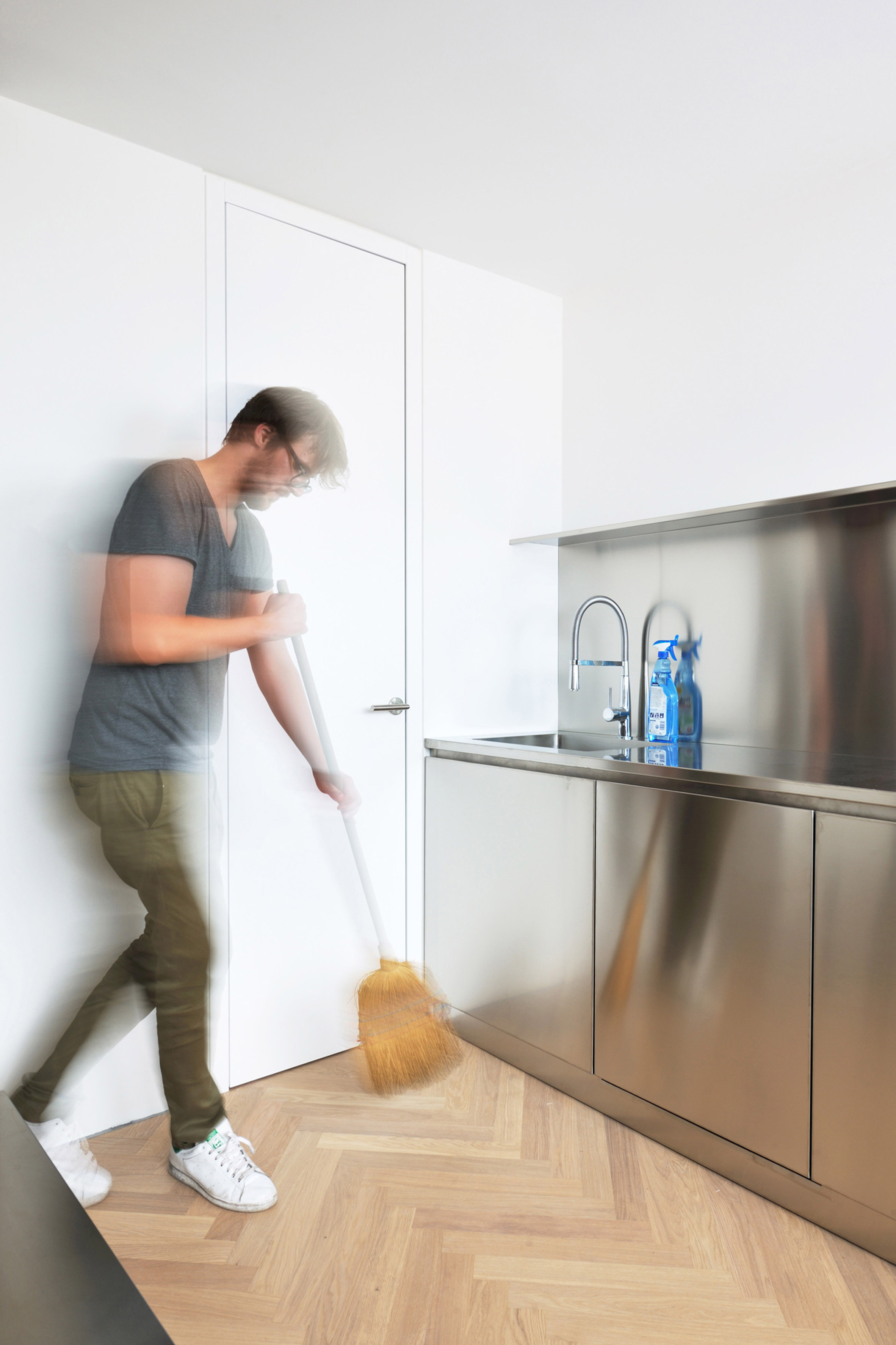 “Our goal was to preserve the basic floor plan of this 50-metre-squared apartment, which connects the central meeting area with other living spaces – the kitchen, the bedroom and the study,” Gabrijelčič and Todorovič told Dezeen.

“Design-wise, some of Ravnikar’s original furniture pieces have been restored and highlighted – for example, the unique cast-iron vertical radiators, the herringbone oak parquet, and the wide terrazzo shelf in the dining room.” 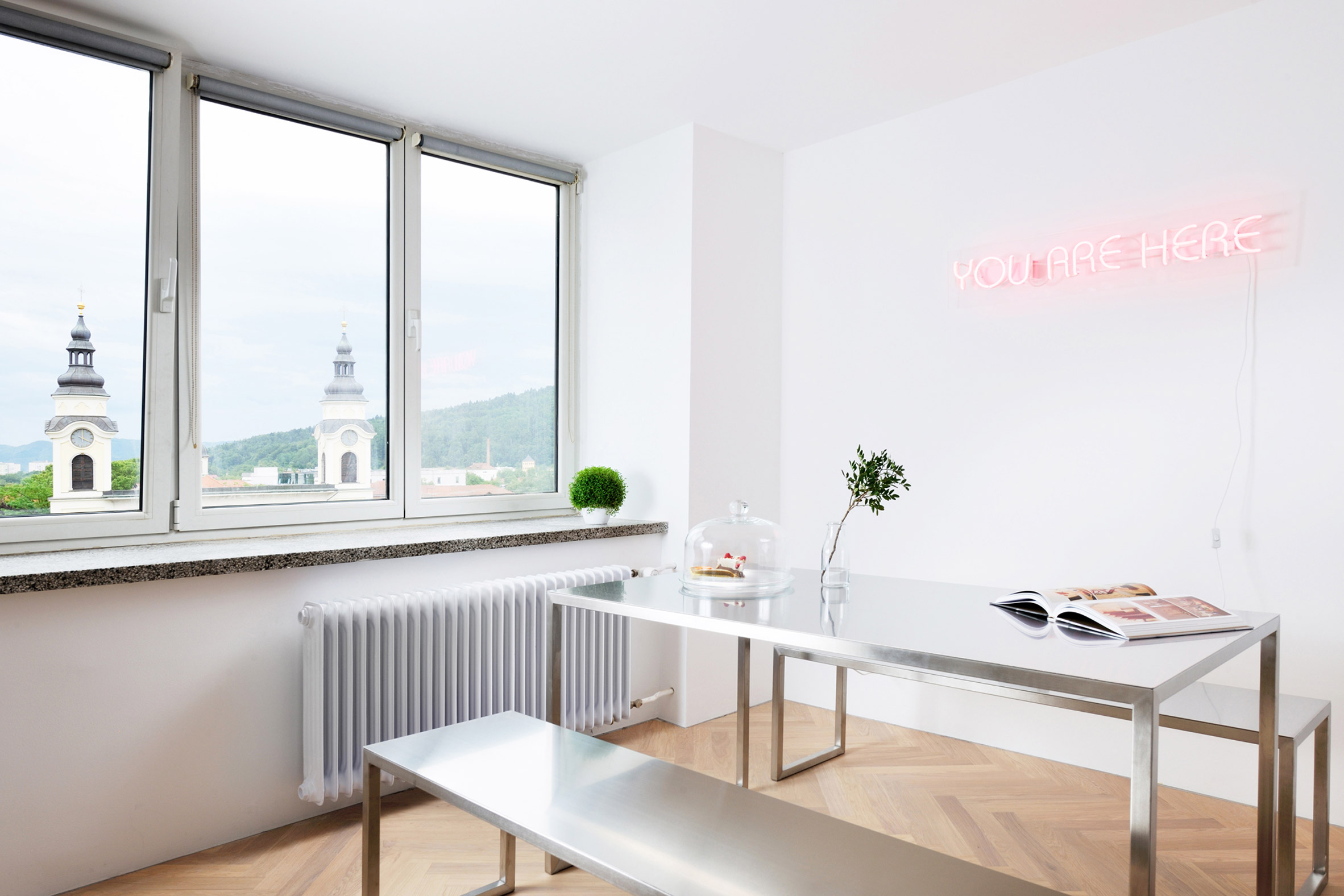 Ravnikar’s five identical towers were erected across Ljubljana in the early 1960s to fill gaps in the old city centre created during the second world war.

A modernist, he constructed the high-rise buildings to stand in contrast to the city’s existing architecture, which was mostly medieval, baroque and neo-classical. 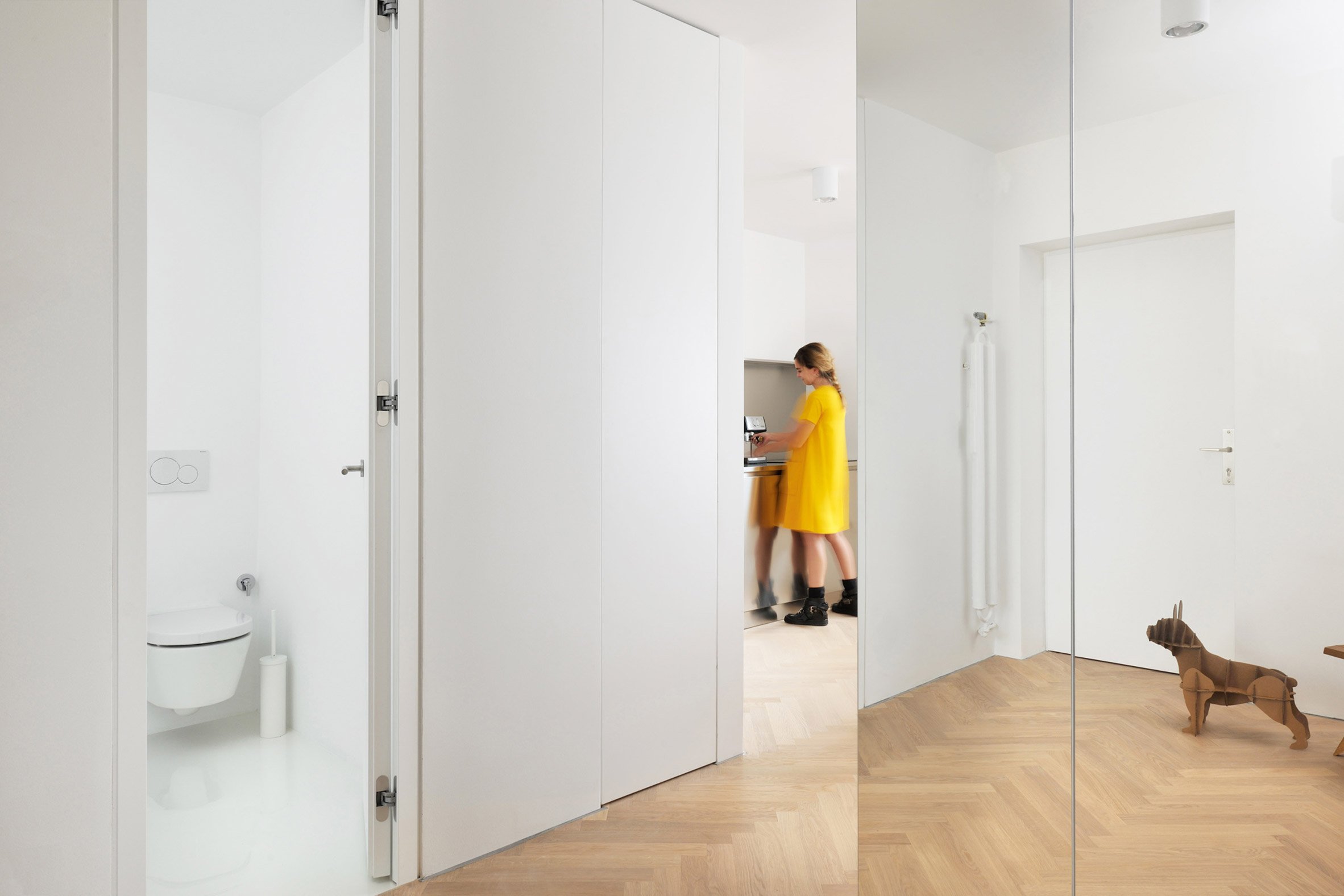 According to Gabrijelčič and Todorovič, Ravnikar saw contradiction as a driving force behind modern cities, and the architects similarly wanted to emphasise contrasts in their refurbishment.

They did so by combining a relaxed approach to the placement of furniture with the strict minimalism of the flat, which has clean white walls and built-in wardrobes. 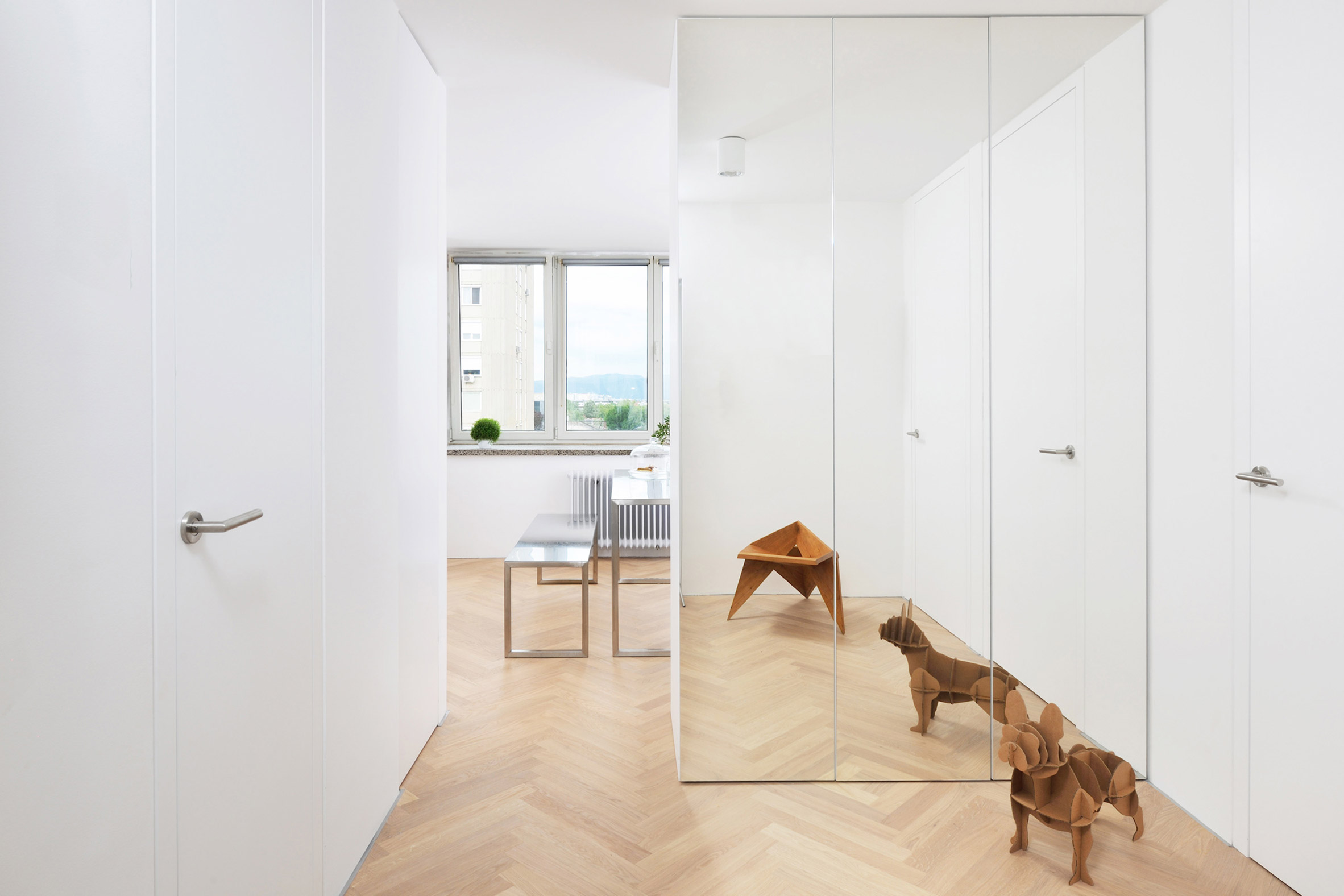 At the same time, they wanted to introduce liveliness into the space, inspired by their recent experience of working in Madrid and the city’s famed countercultural movement, La Movida Madrileña. 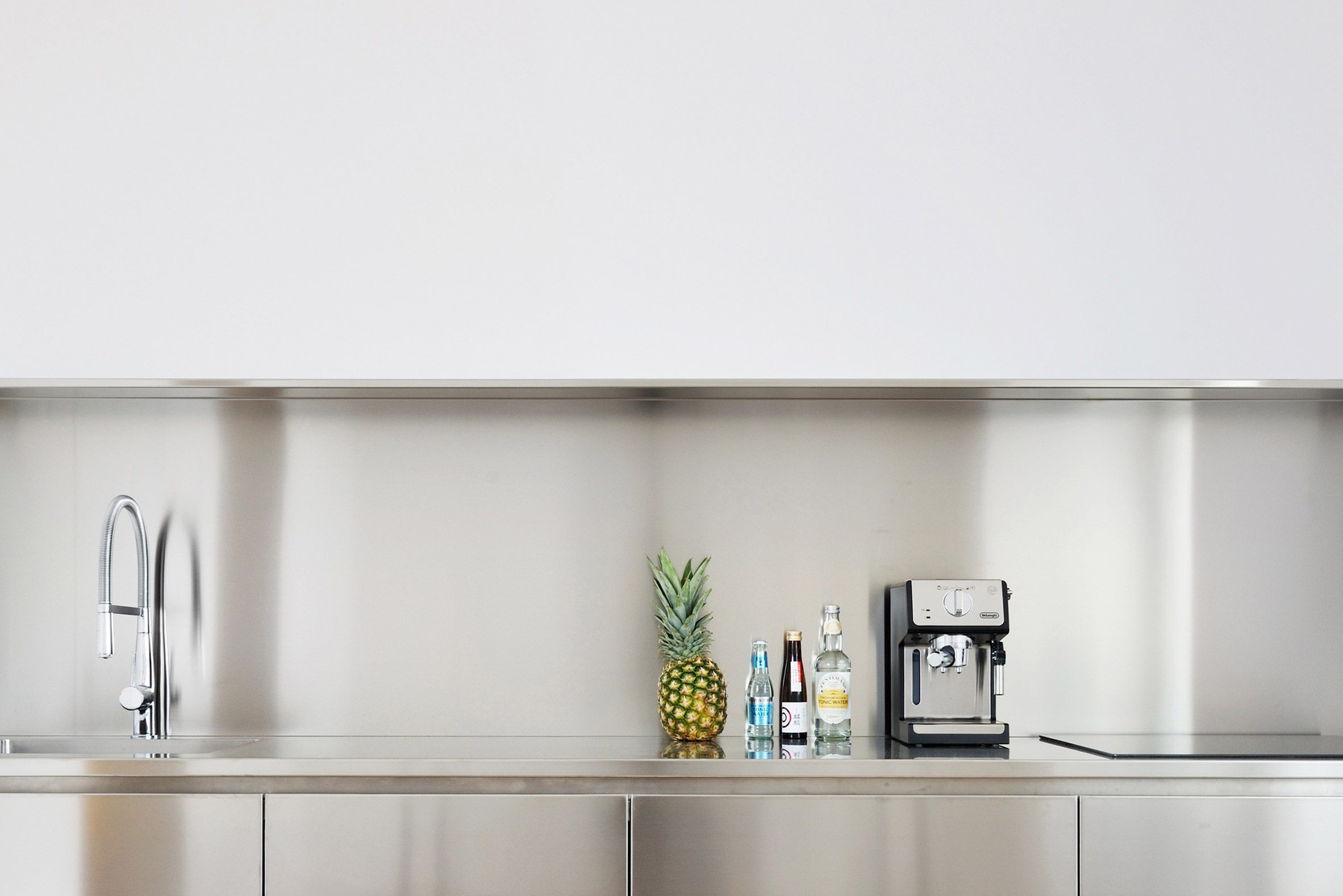 Gabrijelčič and Todorovič paid particular attention to the kitchen, which is decorated almost entirely in stainless steel.

“The main feature of the flat is its kitchen,” they said. “Its design derives from a contradiction between an idea of what is homely, and what is considered unsuitable for indoor family living.” 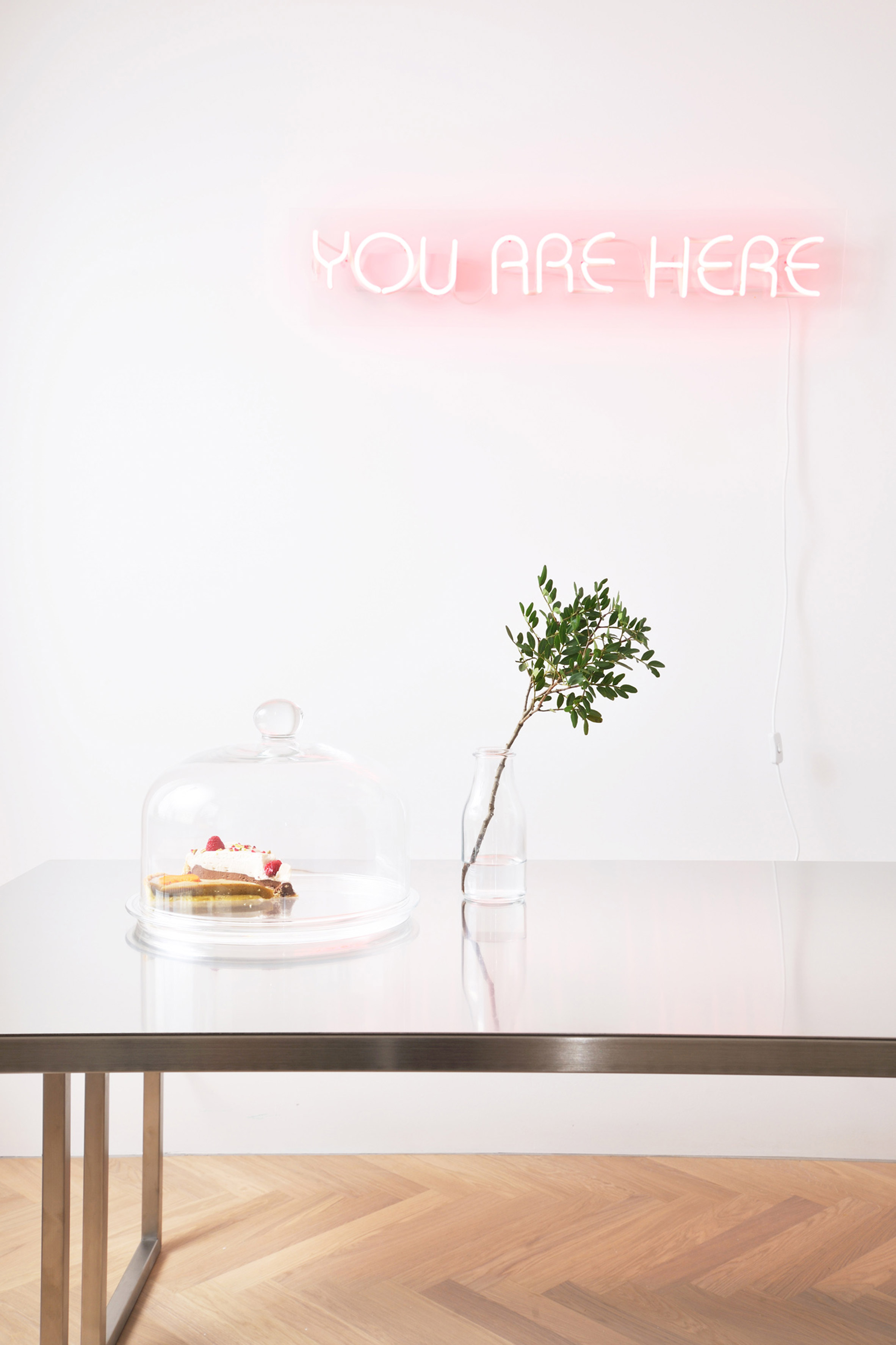 “The material of stainless steel was chosen to negotiate the boundaries between these two notions, and to conjure the feeling of never knowing whether you are present at home, or located in some bar overlighted by a large neon sign in Madrid,” they continued.

Storage spaces and utilities are built into the walls between the bathroom, bedroom and hallway, creating open and light surroundings in the living spaces that are consistent with the original design of Ravnikar. 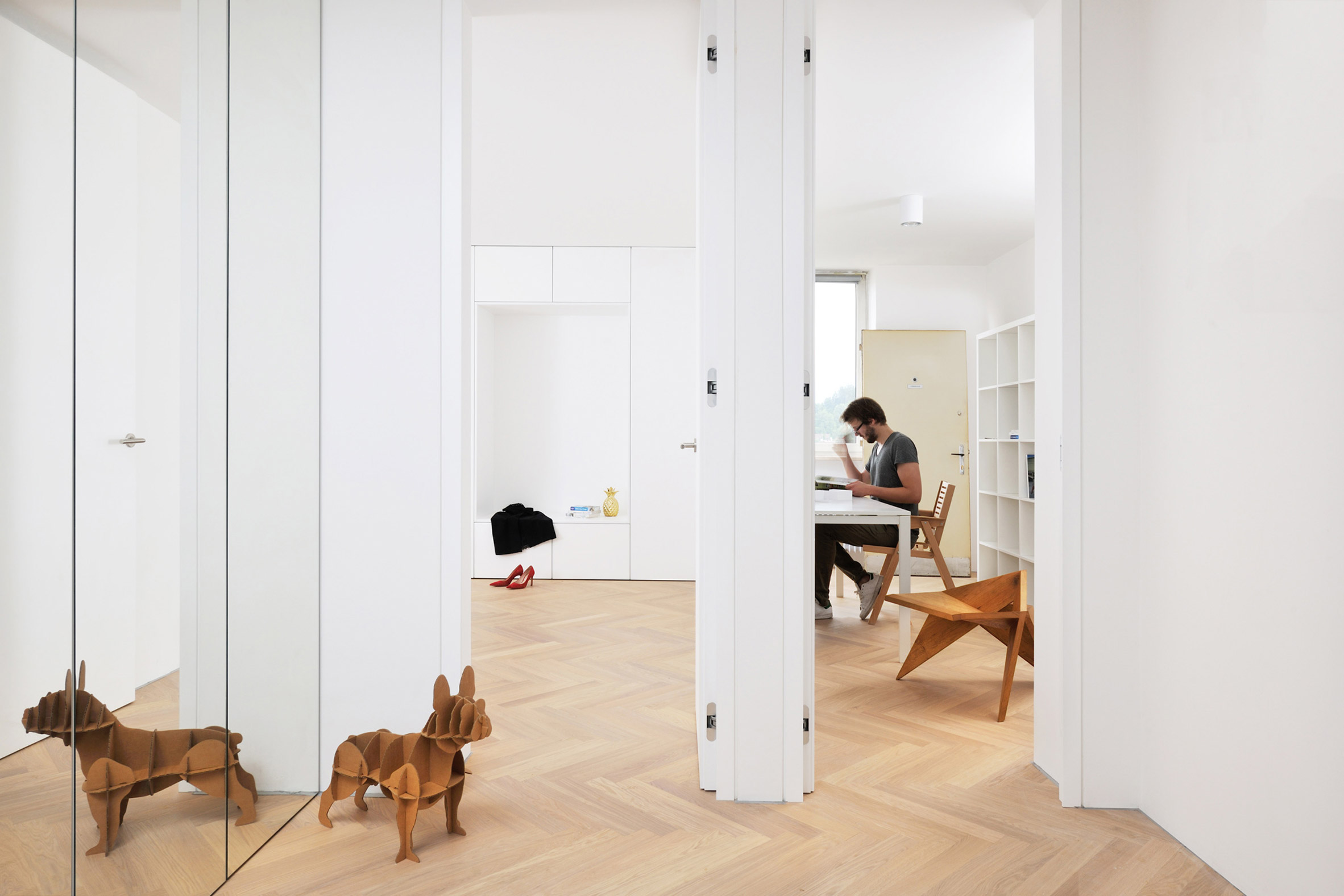 Other projects by Arhitektura DOO include the renovation of a cross-shaped attic in Slovenia into a holiday home, and the minimalist Ribja Brv Footbridge in the centre of Ljubljana.

Photography is by Miran Kambič.