Full-height glazed walls are sandwiched between the meandering concrete floor slab and roof of this house built on a French lake, which can only be reached using a retractable bridge. 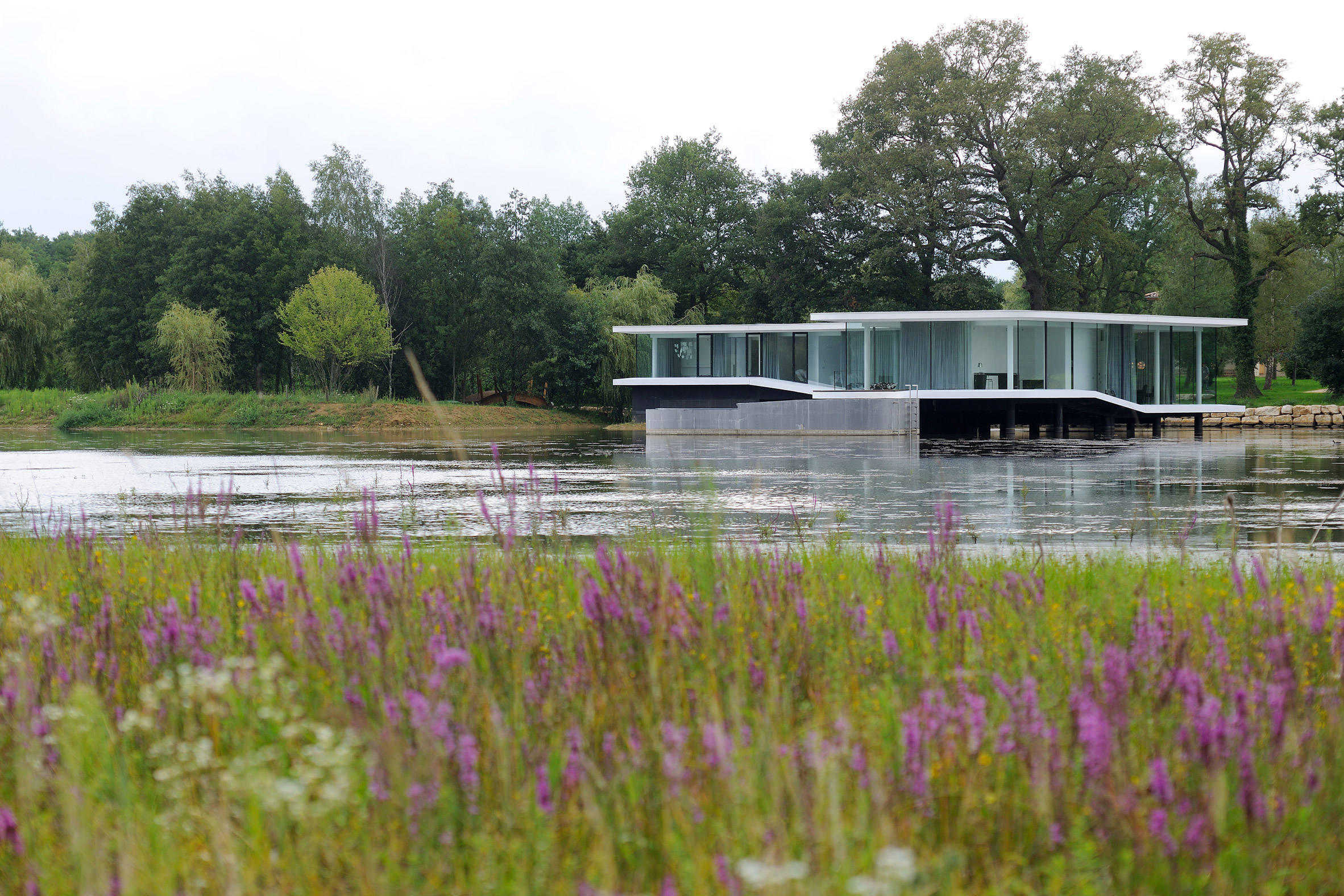 Architect Pierre Minassian and his Lyon-based architecture studio AUM convinced their clients to build White Snake House on the lake rather than in the middle of the plot’s 40-hectare oak forest. 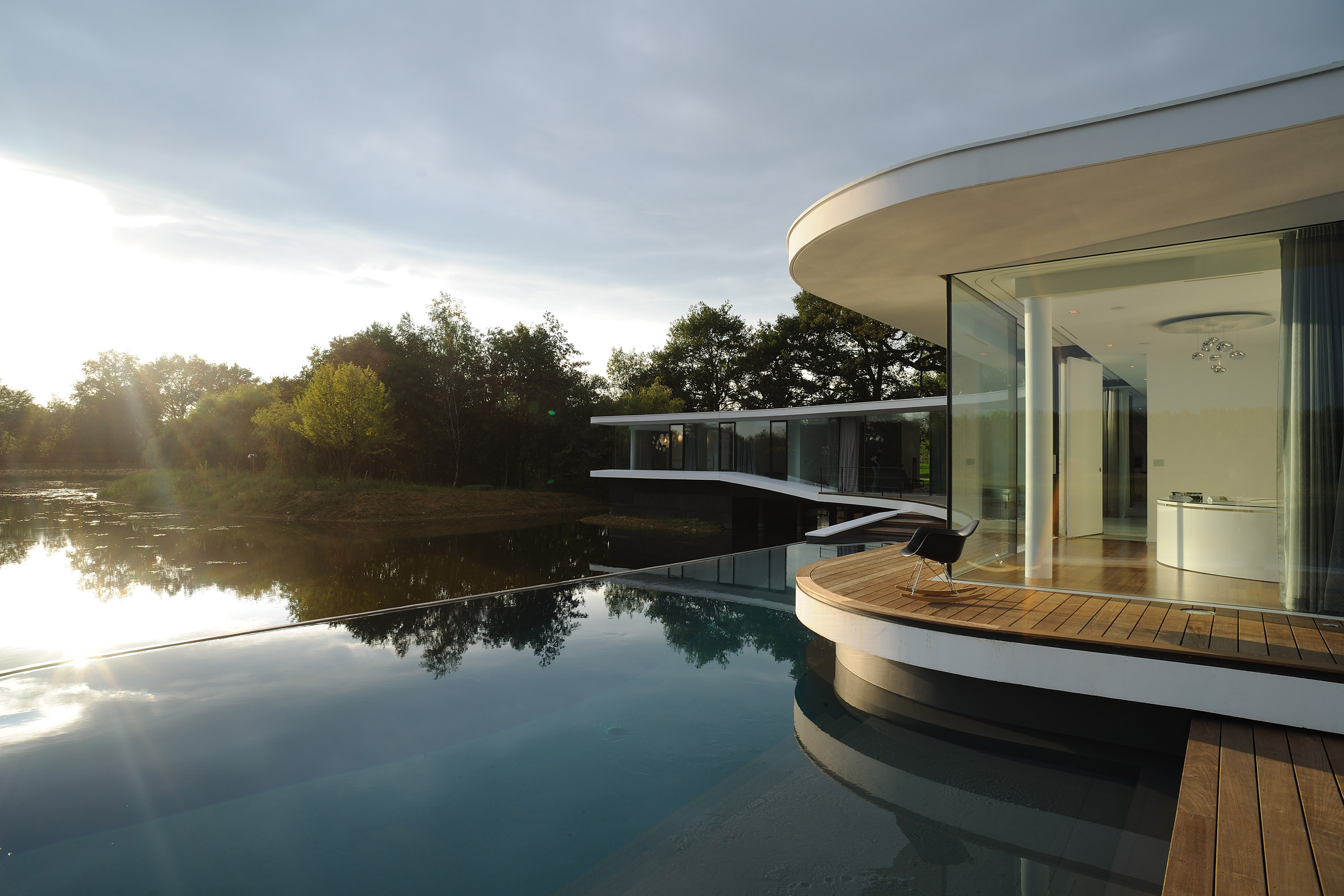 The house is raised above the level of the water by a series of piles that support the white-concrete floor slab. This lower slab has a varying depth that allows for different stepped levels within the interior. 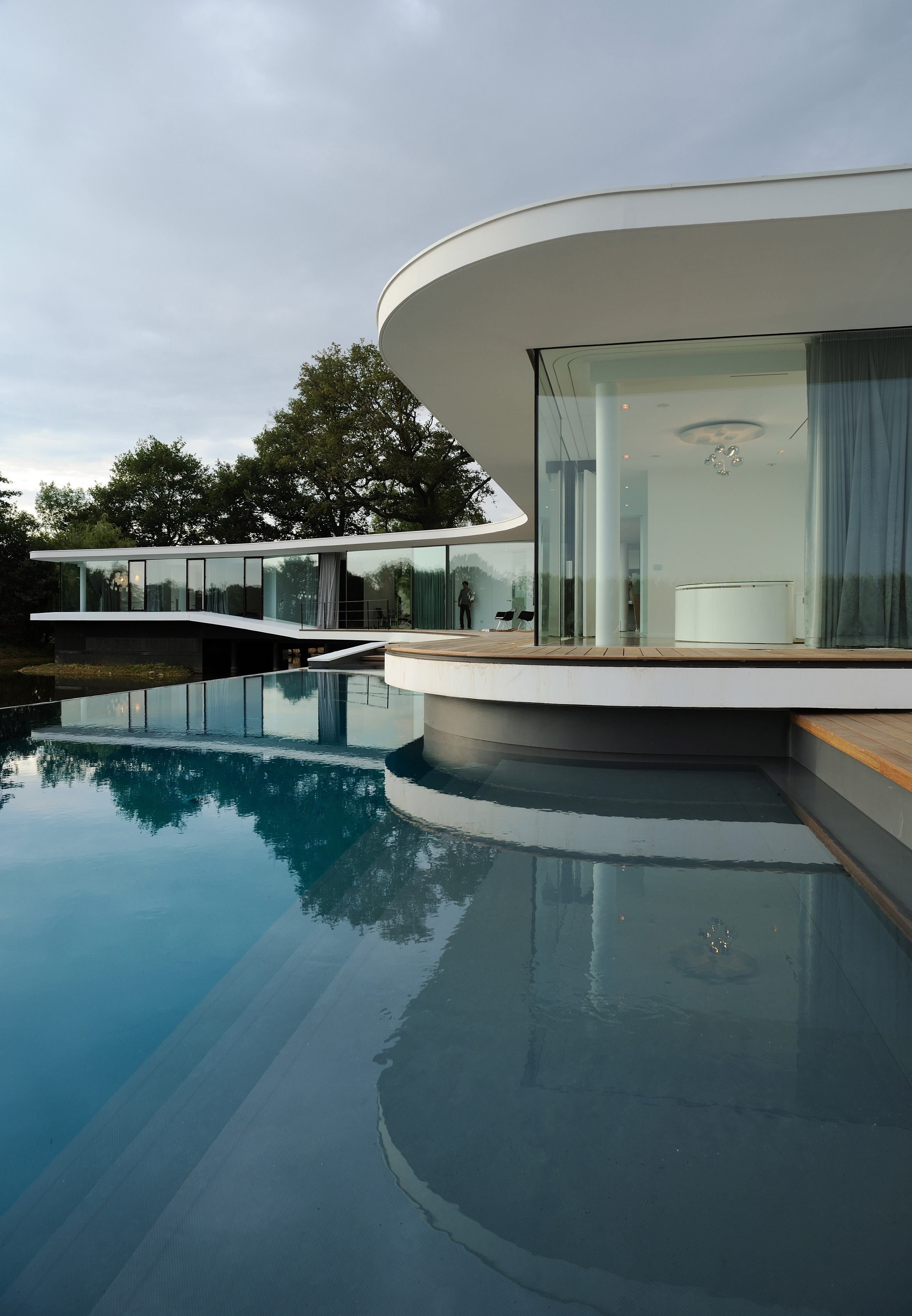 Some of the piles become pillars that extend up through the living areas to connect with another slab forming the roof.

Both of the concrete planes project beyond the predominantly glazed facades and feature sweeping curved edges that add a serpentine aesthetic to the house’s exterior. 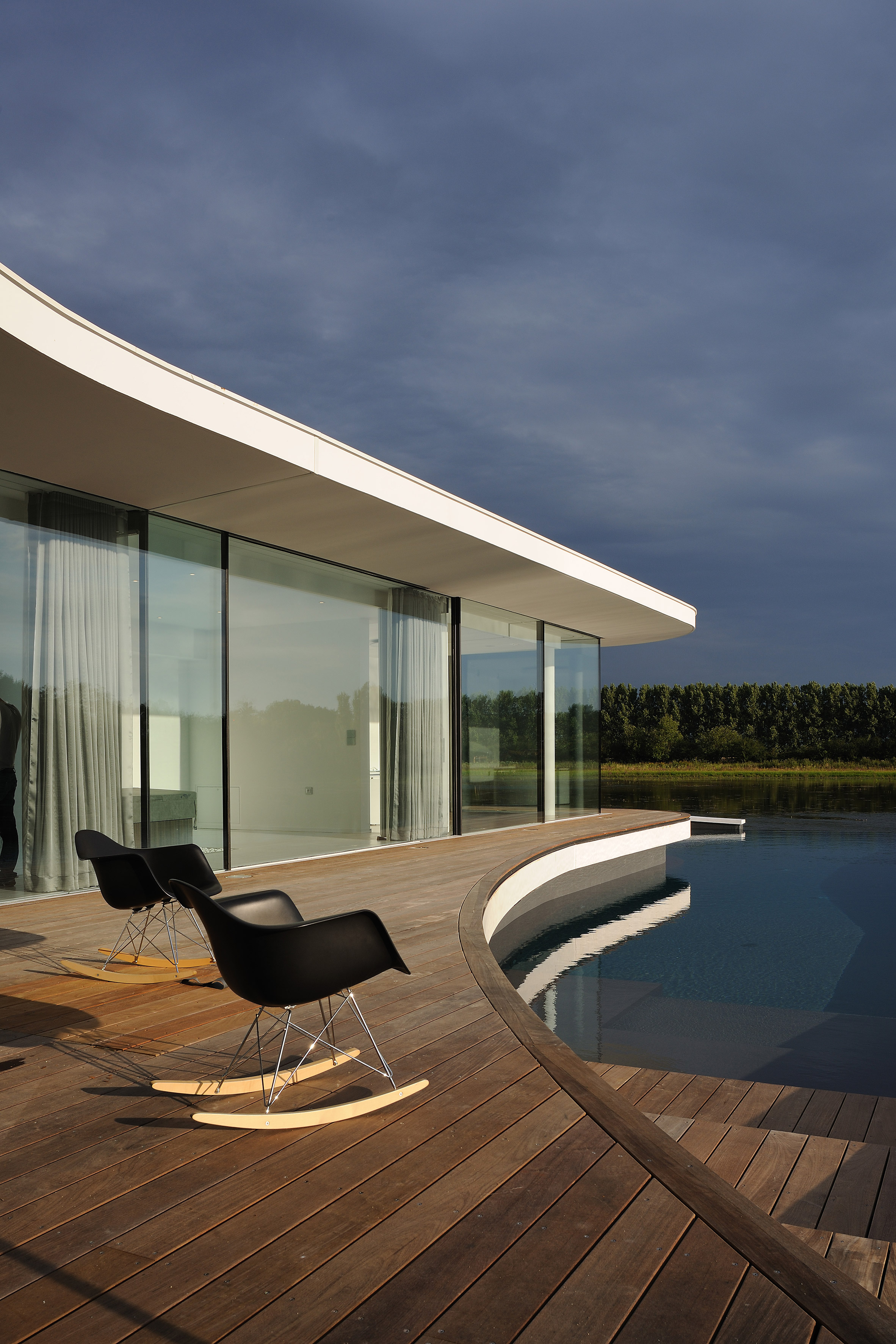 The overall design is a minimalist composition of white concrete and glass, with the spatial layout determined by the required exposure to the sun and relationship to the views. 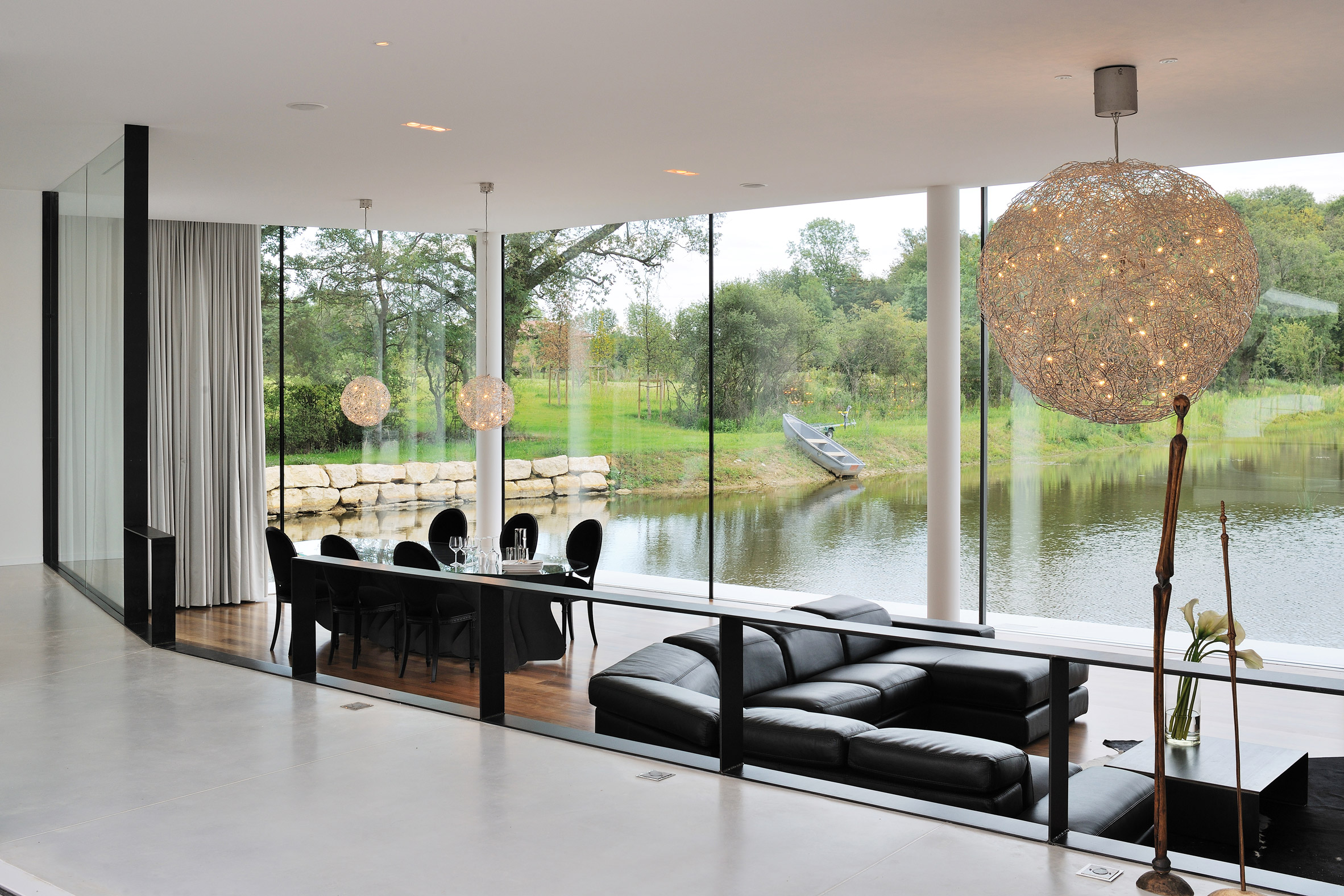 “During the entire year spent on the study, the goal of the studio was to design a building that was as pure and simple as possible,” said the architects in a statement.

“All the materials are used so as to emphasise the minimalist style of the house.” 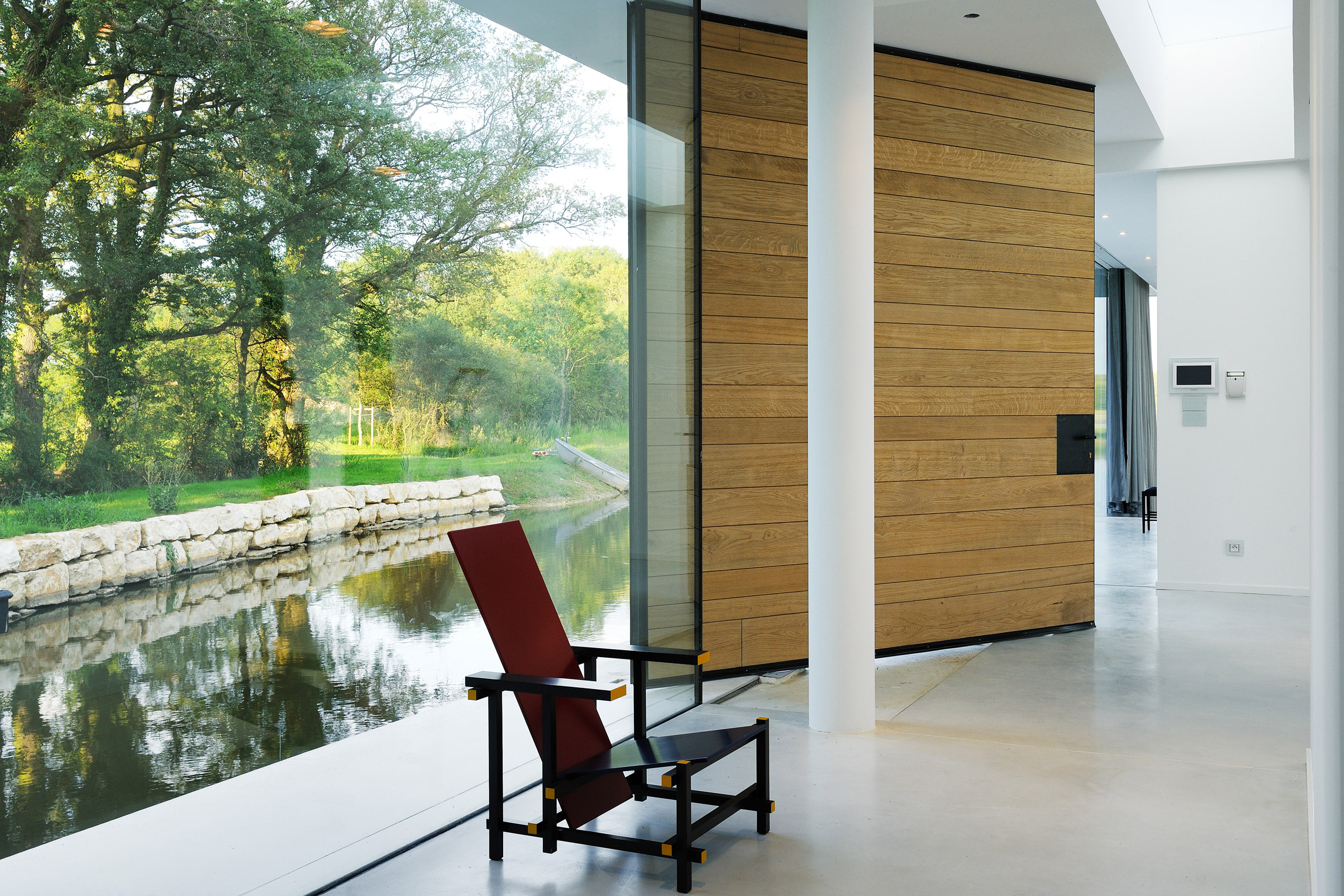 The property is accessible using a telescopic bridge controlled by the homeowners, which ensures only invited guests can reach the house.

The bridge is positioned between two 150-year-old oak trees and connects with the most opaque part of the building, where thick steel plates are suspended to form a screen concealing some of the technical services. 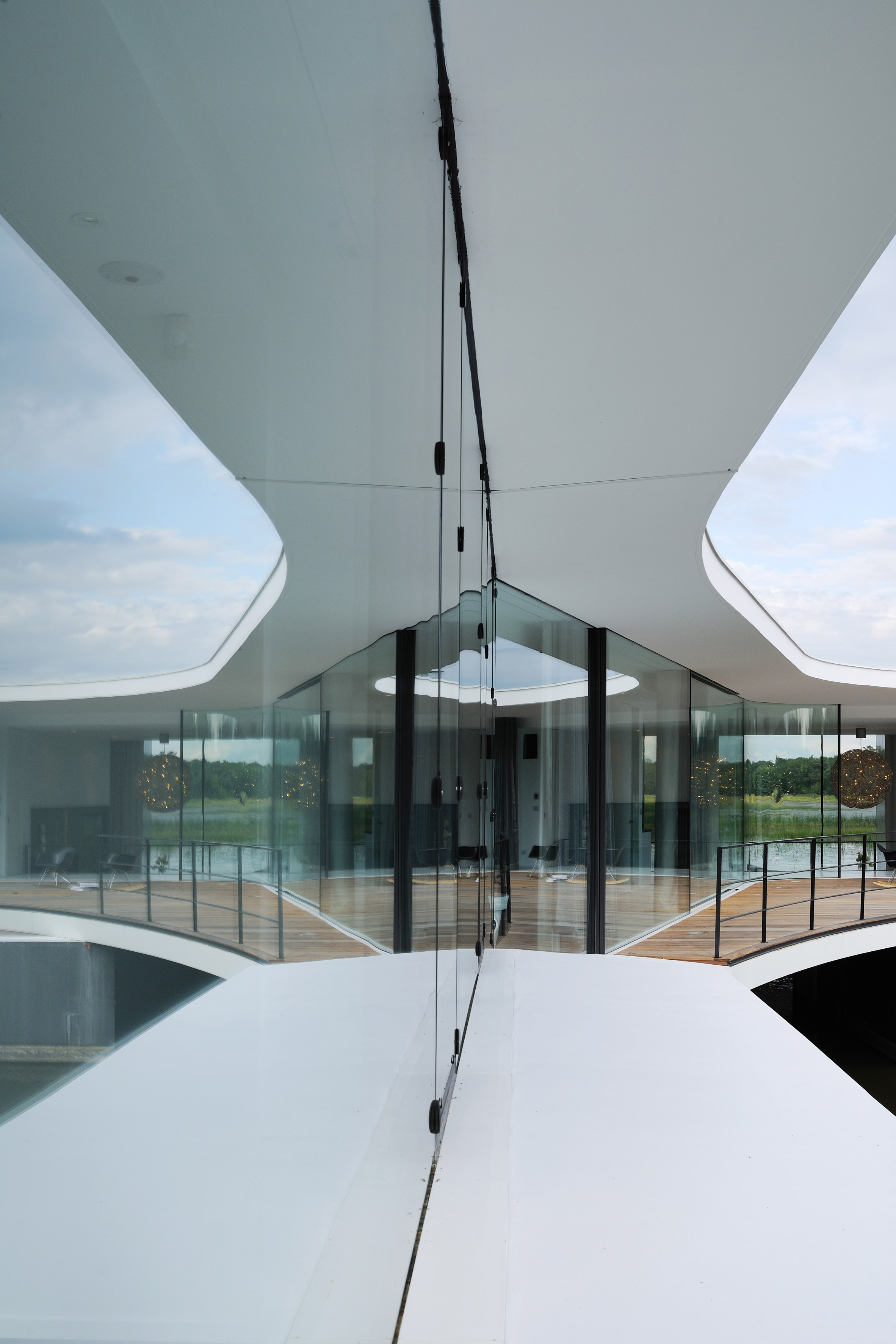 On the side of the building facing the lake, a swimming pool immersed in the water is reached using steps that descend from a deck outside the living room into the water. 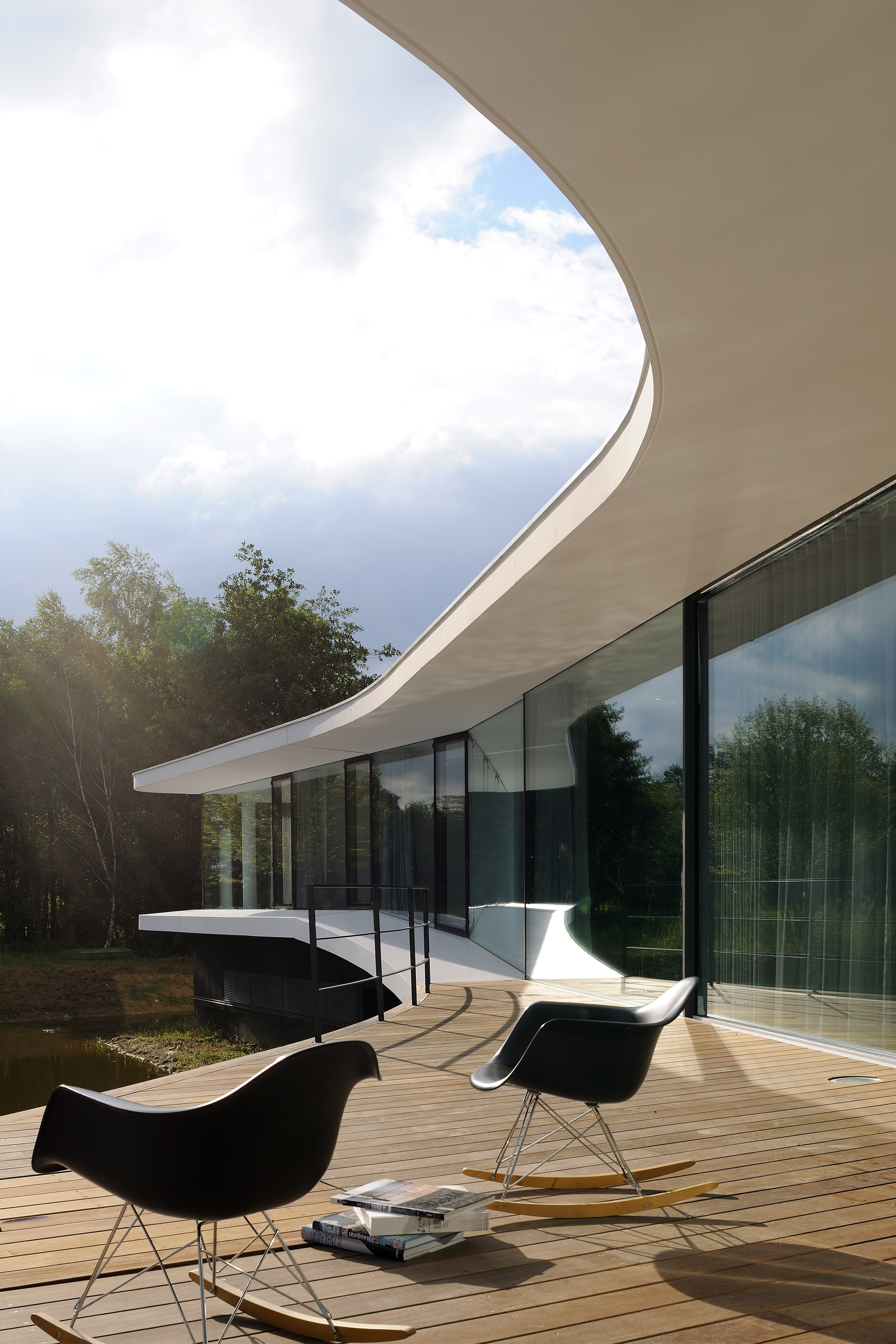 The pool and the area surrounding the house are separated from the lake water by a dyke that protects the existing ecosystem.

A room for servicing the pool is built under the water level and is accessible from a basement level. 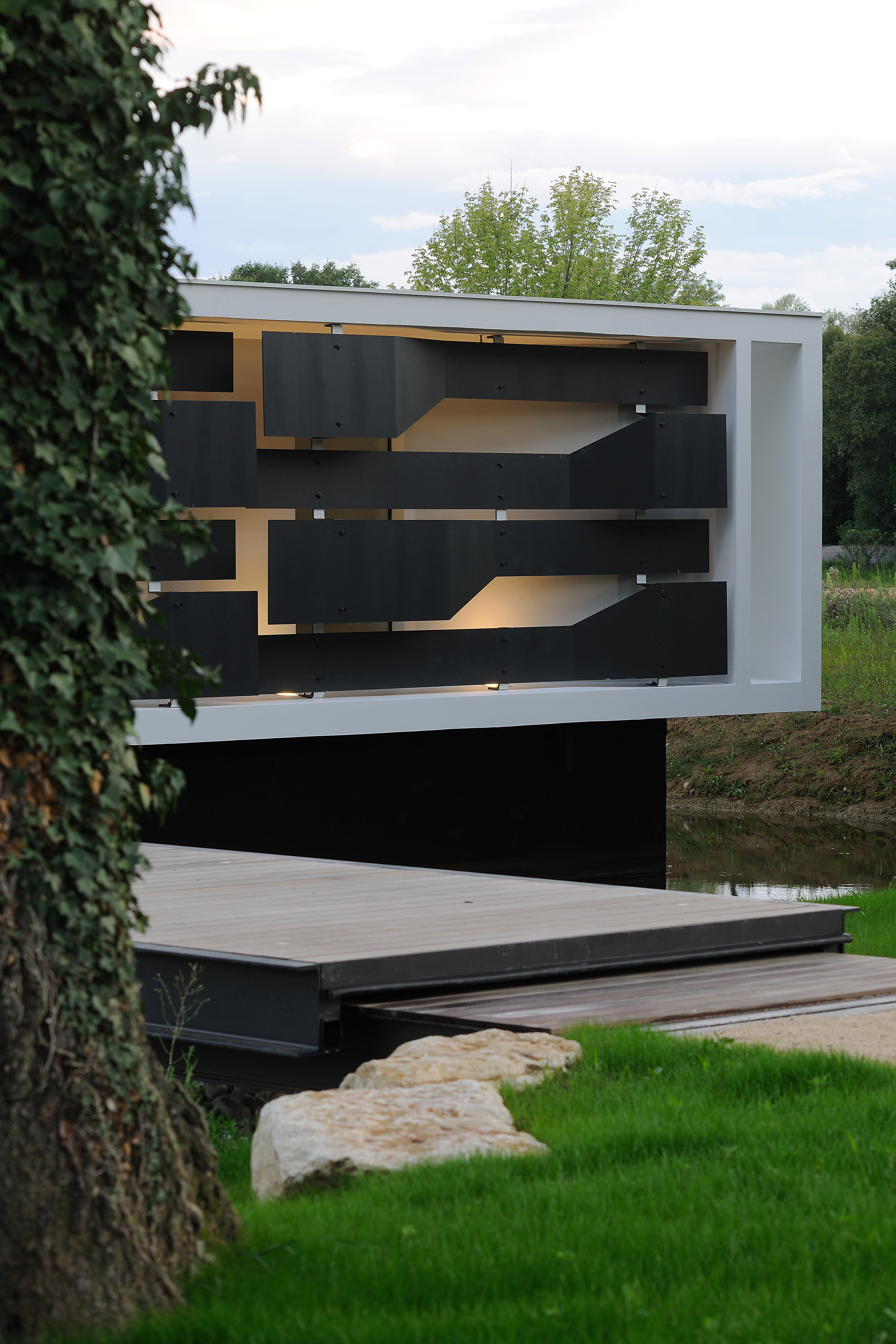 Around the building’s perimeter, the space between the floor and roof slabs is filled with glazing that slots into the concrete surfaces to create a frameless appearance.

Sections of the glazed walls open up to connect the interiors with the surrounding decks. Mechanically operated curtains that slide along tracks positioned around the inner surfaces provide privacy. 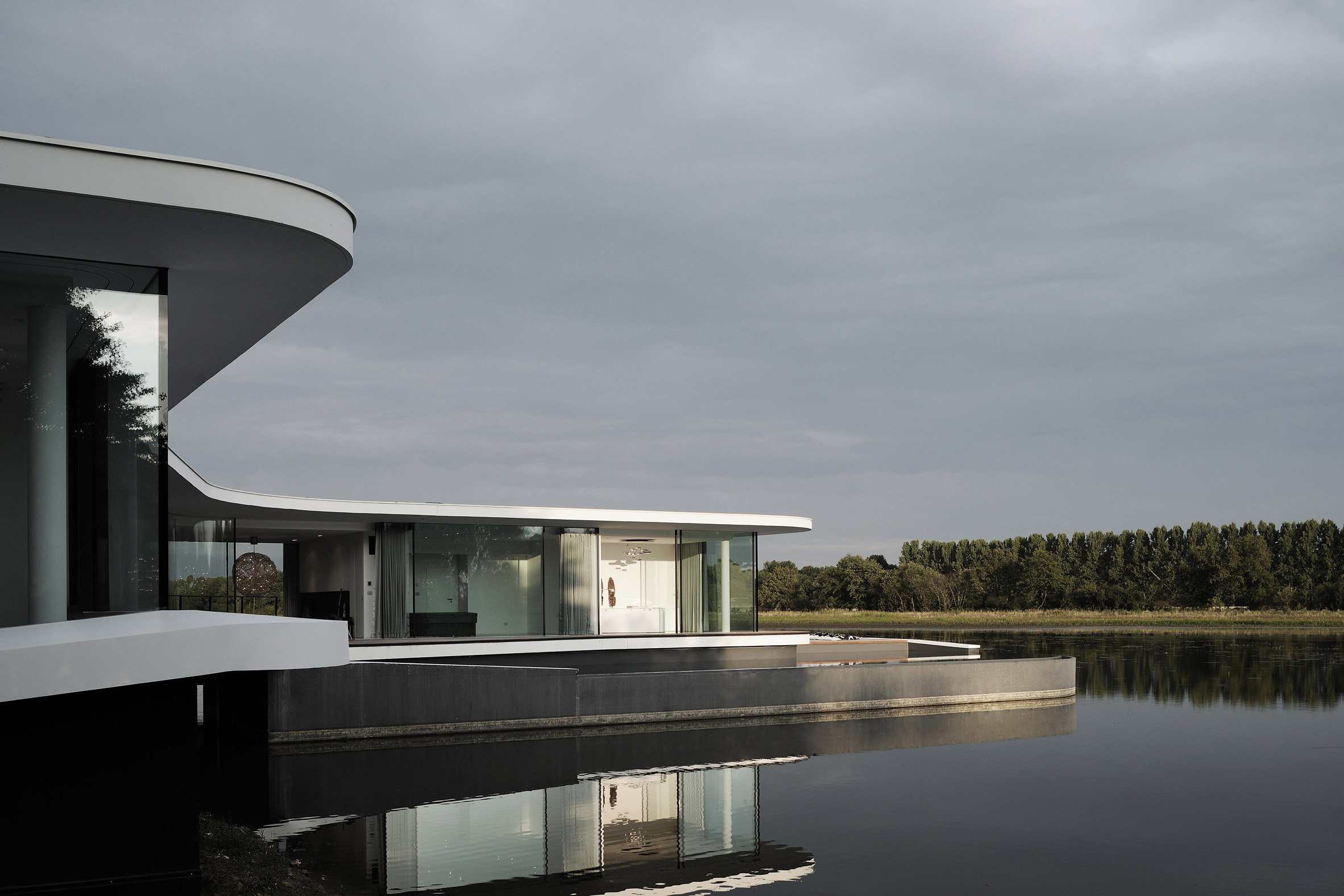 The entrance is positioned near the centre of the building, with a large hall providing access to the nearby kitchen, lounge and dining area.

The bedrooms are located at one end of the L-shaped plan, with two studies and a gym occupying the end that extends out into the lake.

The interior spaces are simply decorated with raw, exposed materials. White concrete floors are found throughout all of the rooms, except for the bedrooms, studies, and lounge, which feature warm wood floorboards.

Photography is by Erick Saillet.

The post AUM builds curving concrete and glass residence on the surface of a lake appeared first on Dezeen.