A long bright corridor punctuated by three wood-lined skylights spans this apartment in Lisbon, Portugal, which was been refurbished by local office Aurora Arquitectos. 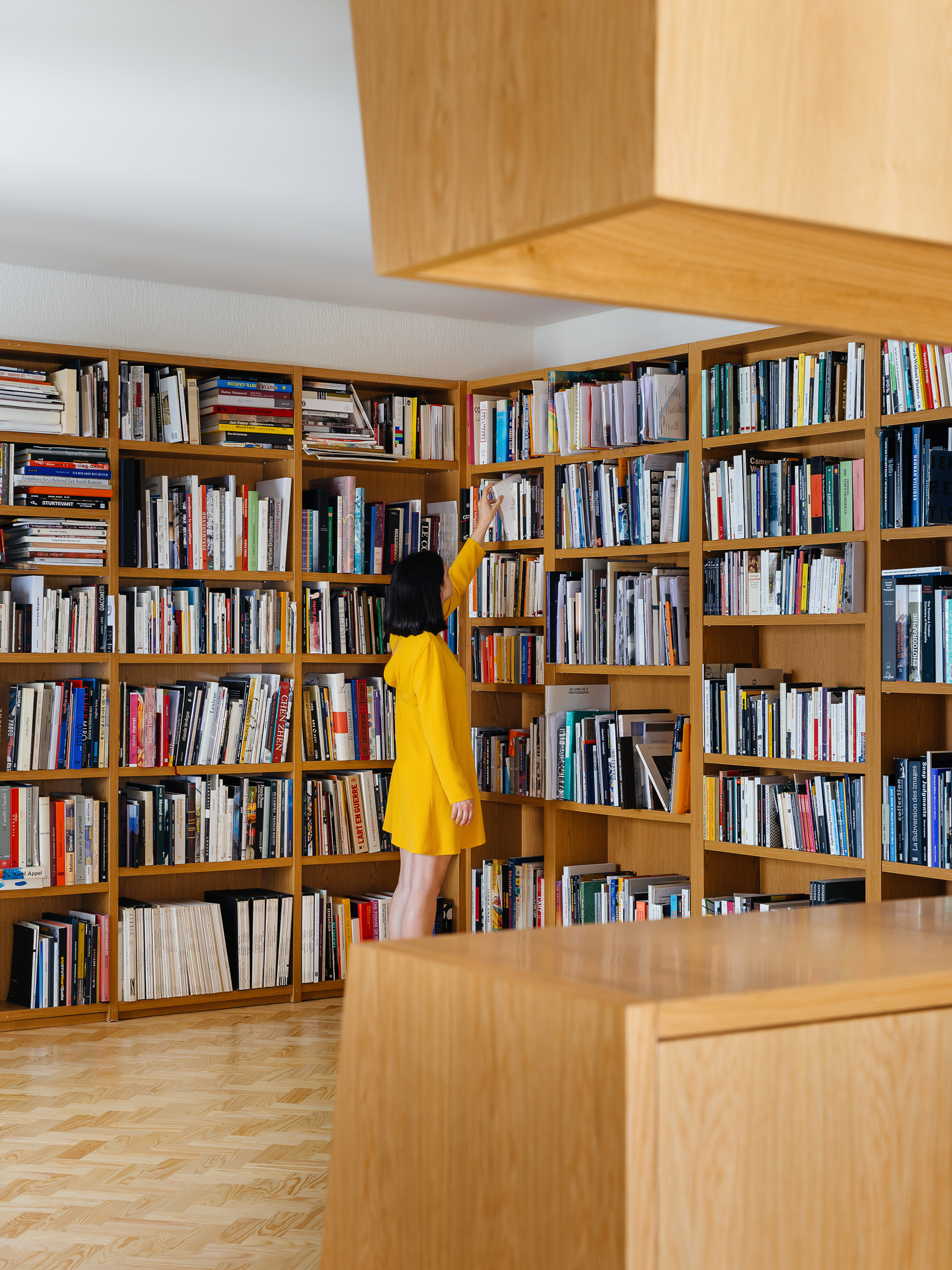 Positioned at the top of a 1970s building on Lisbon’s Luciano Cordeiro street, the remodeled three-bedroom apartment measures 156 square metres.

The owners wanted to rearrange the apartment’s long and dim central corridor, and also create an office and library for their vast collection of books. 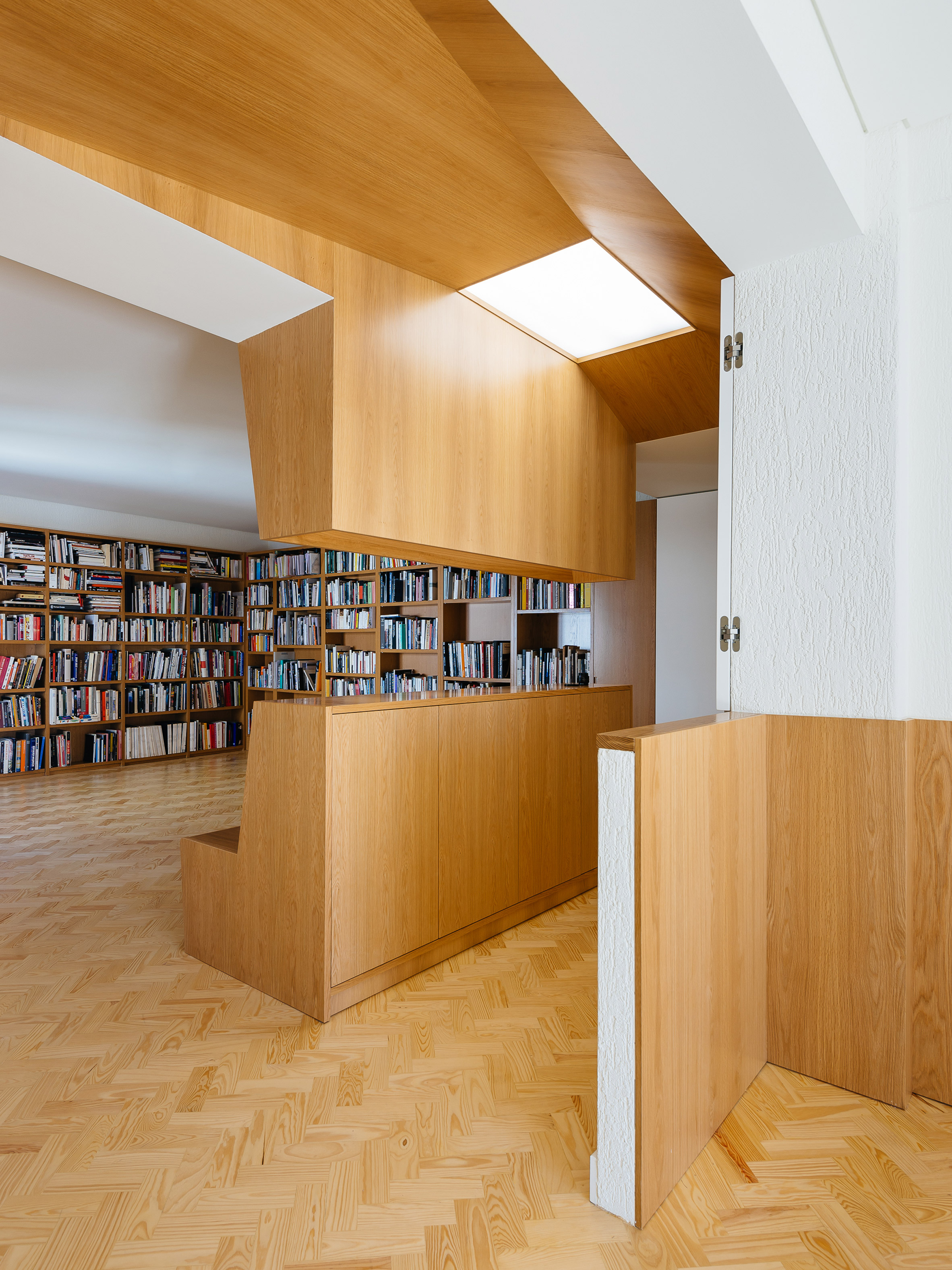 Aurora Arquitectos, founded in 2010 by architects Sofia Couto and Sérgio Antunes, created a series of three skylights along the corridor to let in daylight.

The skylights are each surrounded by wooden panels set at varying angles, sloping upwards from the white plaster ceiling. 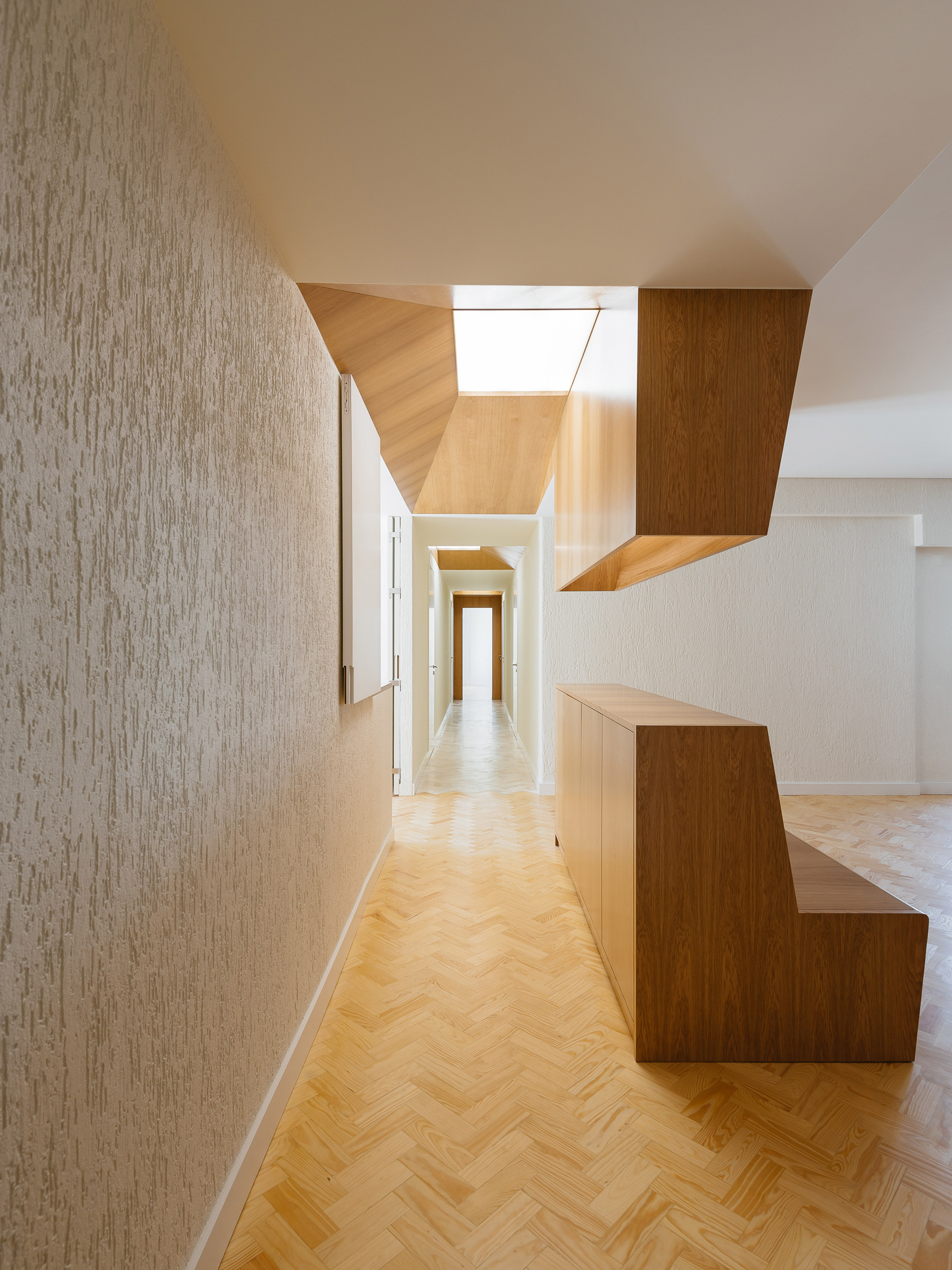 In the office and library space, which are located at the entrance to the apartment, the area under the skylight is intended to act as as a “buffer zone”.

Here, a fourth skylight funnels light down onto a built-in bench below, that also function as shelves, a table and a cabinet that separates the space from the corridor. 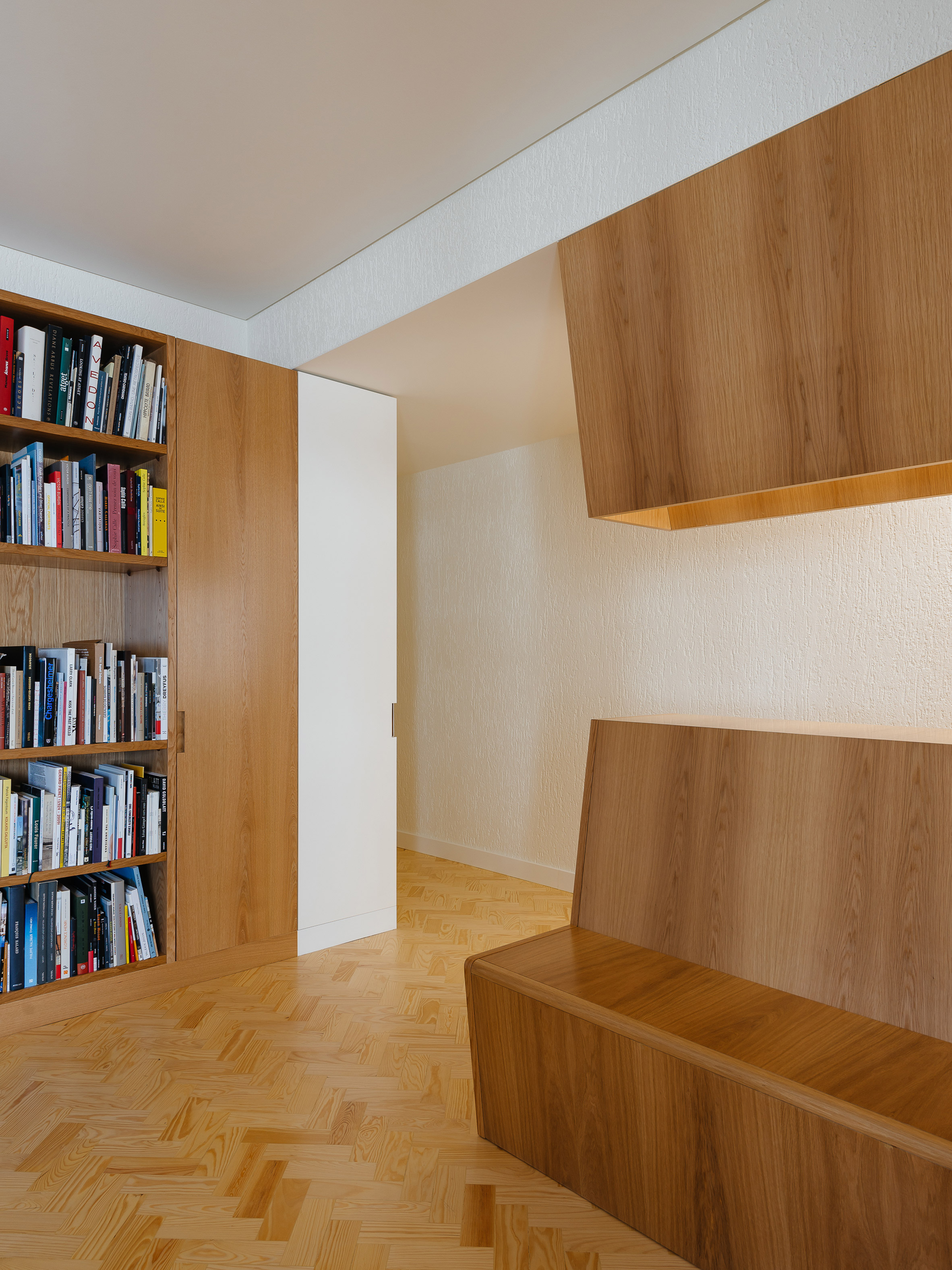 A wall of folding doors allow the office to be completely or partially closed off.

On the floor, lioz marble and pinewood herringbone flooring helps to further define the work and living spaces.

Past the office and library spaces where pinewood parquet is used, the flooring switches to marble and a textured plaster corridor leads to the bedrooms, bathroom, kitchen and living room. 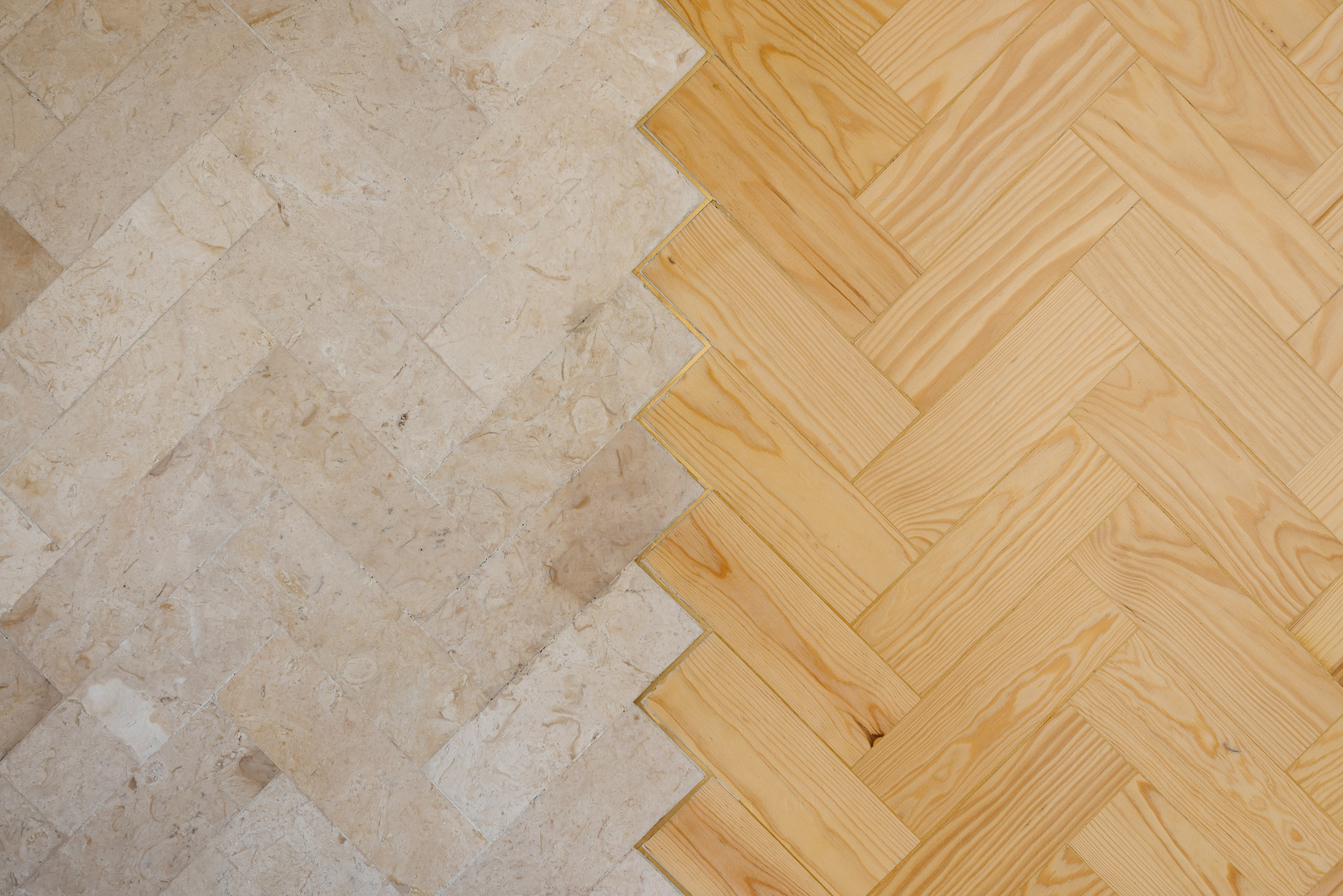 “It is compartmentalisation we sought,” explained the architects. “It was achieved through the creation of buffer zones punctuated by light wells and the use of different materials for the floor. The corridor can be the space for the grandchild to ride a tricycle and, at the same time, the shortest commute to work.” 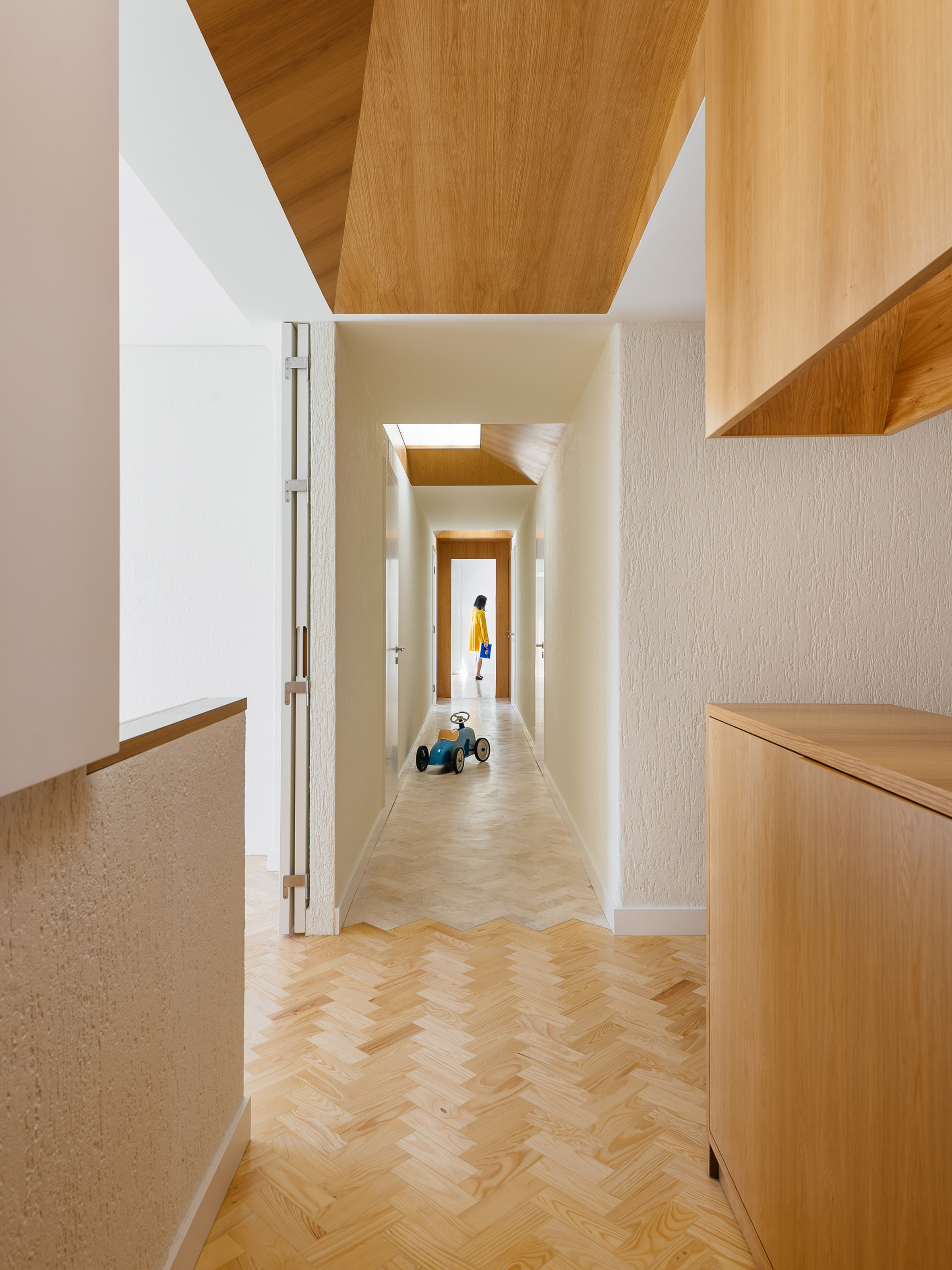 Other Lisbon apartment renovation projects include a series of three compact studio apartments by Waataa that feature folding furniture, and a fragmented 19th-century Lisbon flat with a long narrow living area framed by a subtly curved wall. 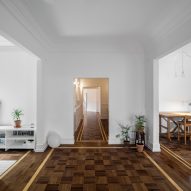 The post Aurora Arquitectos opens up 1970s apartment in Lisbon with angular skylights and folding walls appeared first on Dezeen.