UK firm Beech Architects has converted a 125-year-old windmill stump in Suffolk, England, into a guest house topped with an elliptical zinc-clad pod. 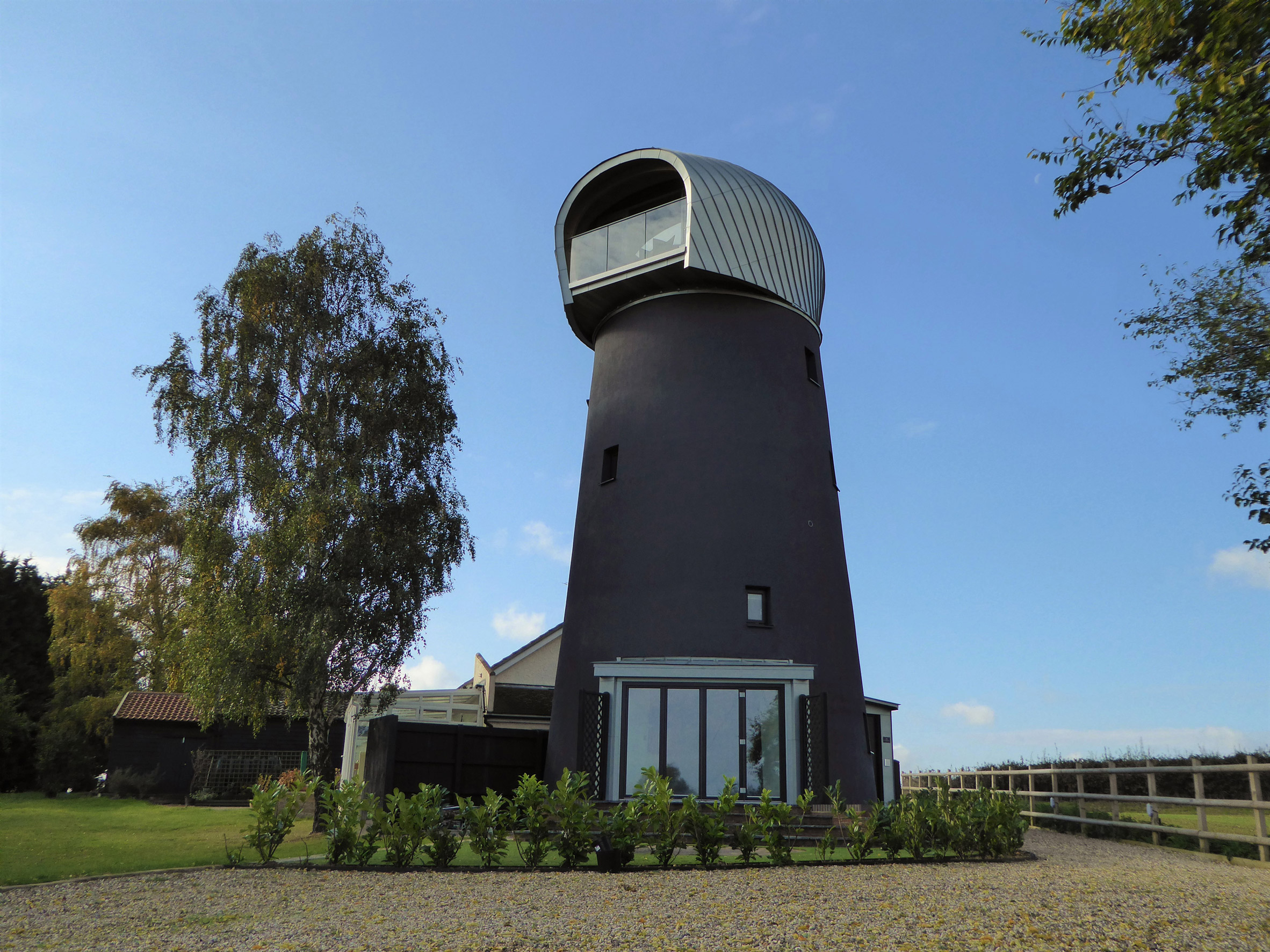 Once a prominent feature of the landscape, the 60-foot-tall (18-metre) converted windmill now houses two bedrooms, a kitchen-diner, a bathroom, and a viewing pod that offers panoramic views of the surrounding countryside from the fourth floor.

Originally built in 1891, the structure had remained as a disused stump for decades following the loss of its cap and sails. 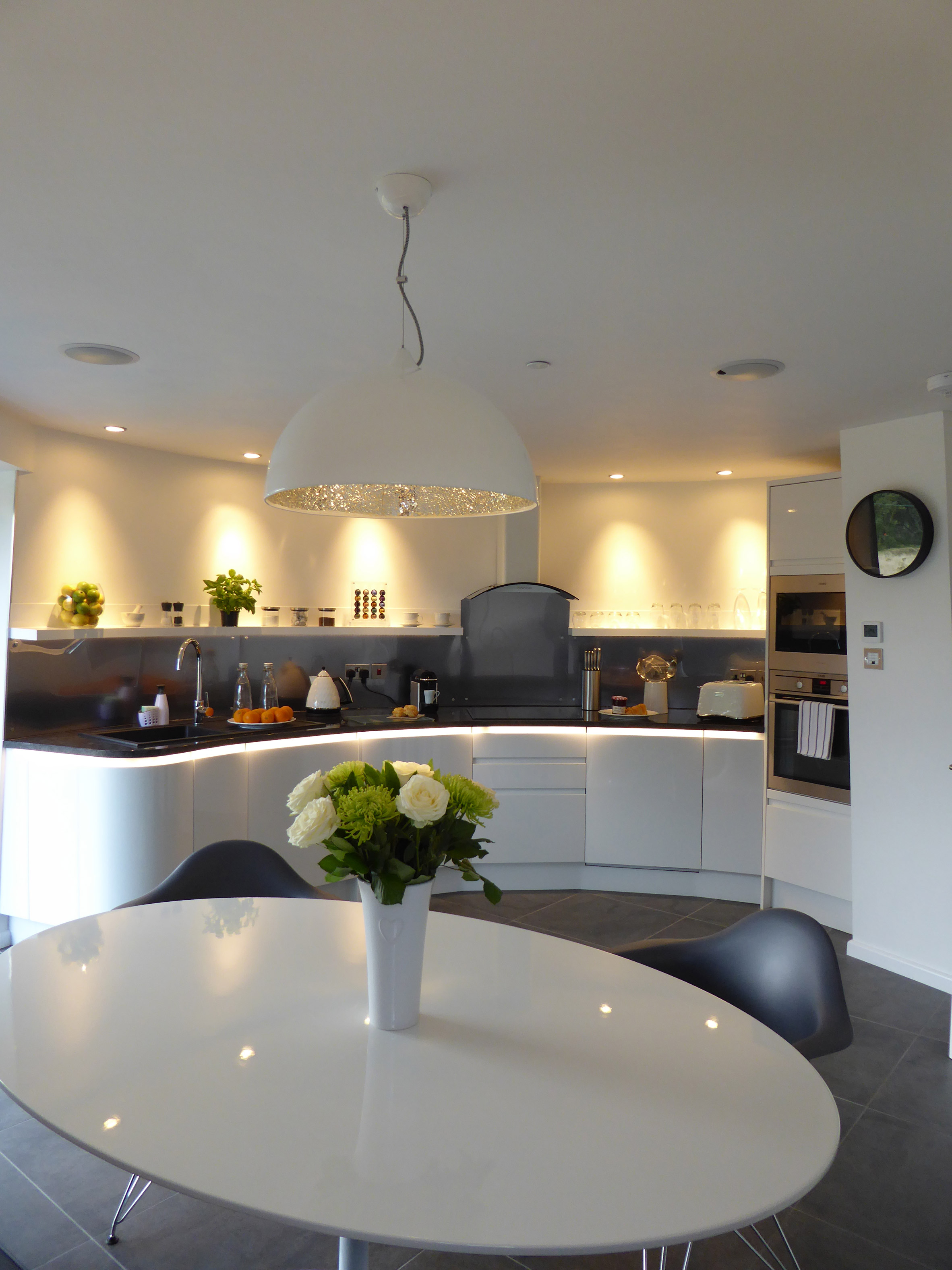 The mill’s renovation works were carried out as a self-build project managed by the site owner, using specialist sub-contractors and suppliers, and were entirely privately financed.

“The design objectives were to reinstate the lost cap structure and restore the redundant and crumbling windmill to its former landmark status via contemporary design interventions,” said the architects. 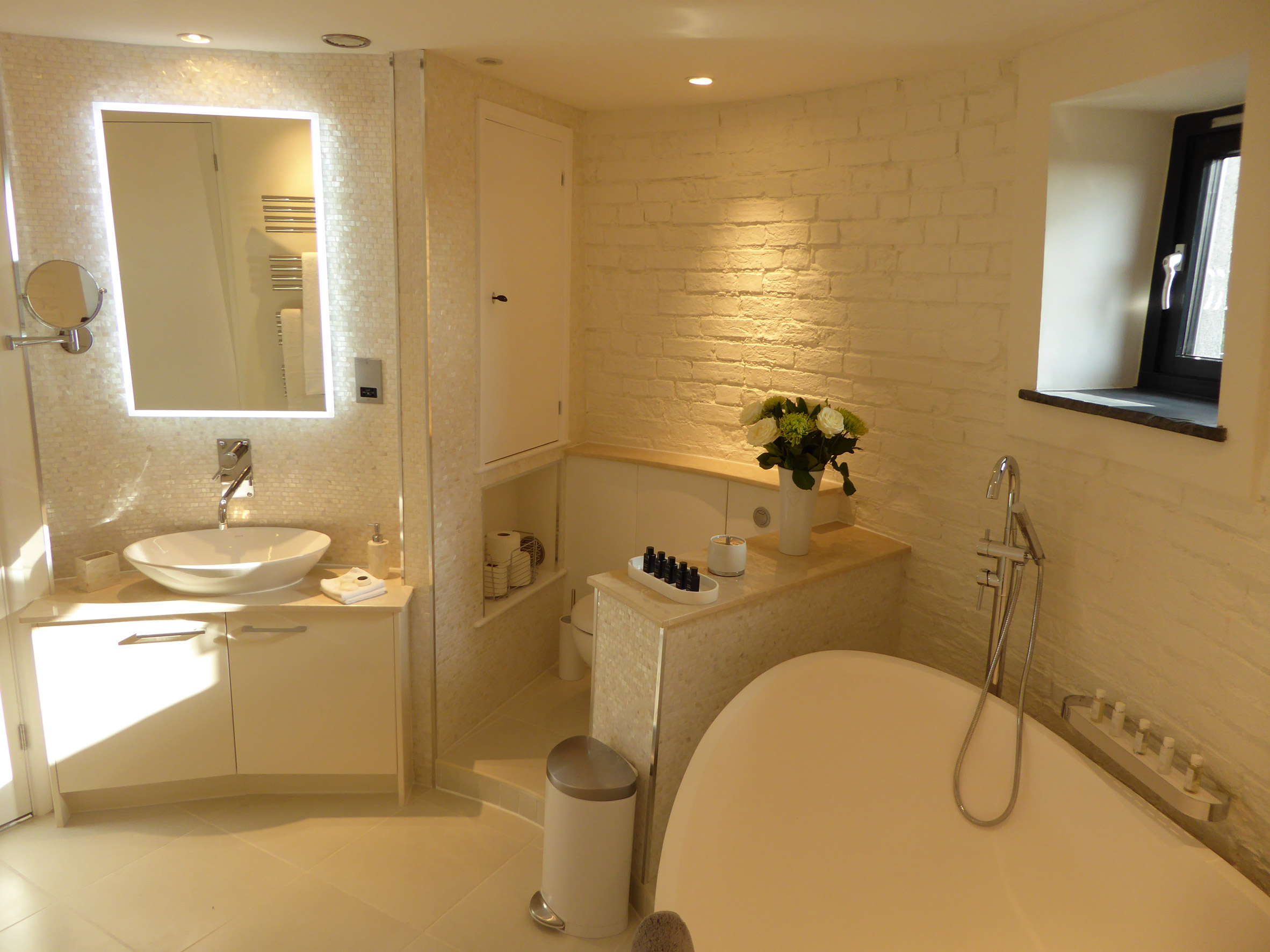 “The biggest design challenge was the reinstatement of the cap or ‘pod’, which was not intended as a faithful historic reconstruction, but rather as contemporary and innovative interpretation that would also serve as the principal living and viewing platform.”

The architects used a Kerto timber rib system, which was precisely machine-cut from sheets of stressed ply that are visible from the inside. The ribs not only provides the strength and stability required to resist the wind loadings, but also made it possible for the architects to create a multi-curving form.

On its exterior, 200 zinc panels were applied by skilled craftsman, each one made bespoke to fit its curved form.

In the existing stump structure, Beech Architects had to contend with the windmill’s tar-coated, solid-brick conical walls, which provided no straight lines to insert the new accommodation and structural features against. As a result, all furniture and fittings in the windmill are custom-made to fit the curving layout.

In order to facilitate circulation, each floor was rotated from the one below to accommodate an access point via landings from the radial staircase, which spirals around the inside of the mill. “This minimised circulation maximised usable space for the occupier,” said the architects.

To help fix the existing structure, with its heavily spalled uninsulated brickwork, Beech Architects worked closely with the insulated render manufacturer to find a bespoke solution.

“Bespoke tapered insulation panels were applied externally to visually retain the brick within the accommodation, protect the soft brick from further erosion and exploit the thermal mass of the structure for heating and thermal comfort purposes,” said the architects. 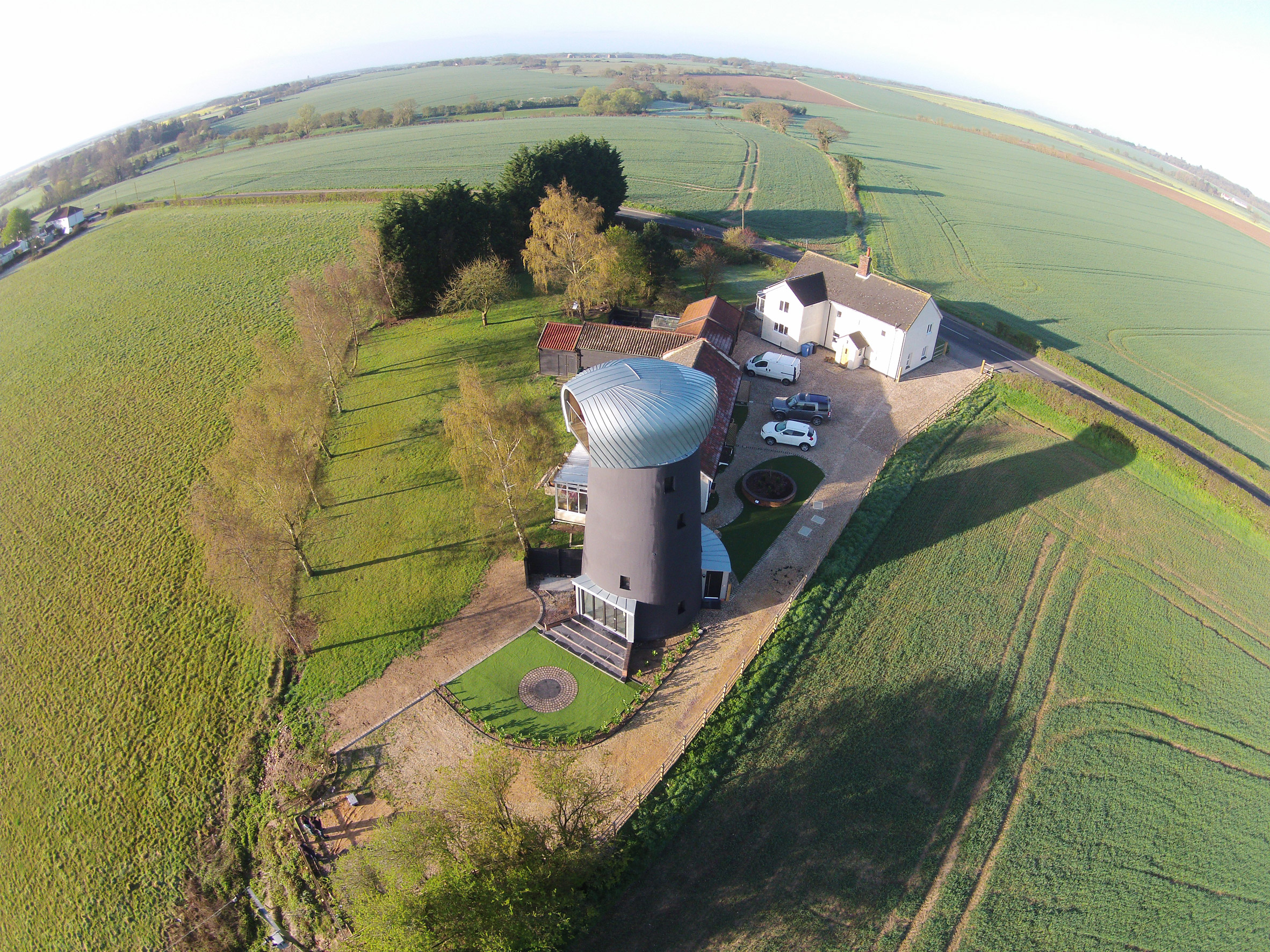 “Small projecting zinc-covered extensions then slice into the mill at ground level, to provide glazed openings to access gardens and to identify the new entrance providing porch and access.”

Despite numerous reports of disgruntled locals, the building is the winner of major categories in the 2016 National Roofing Awards, and the mill also reached the final selection of the Structural Timber Awards’ best commercial project last year.

The windmill was also nominated for an RIBA Regional Awards 2017.