Bruno Dias Arquitectura has renovated a traditional house in the Portuguese town of Ansião, and added a contrastingly modern extension that curves around a turfed central courtyard. Casa Ansião is situated in the historic centre of the town in Portugal’s Leiria district. Local architect Bruno Dias was asked to update the property and create an extension to accommodate additional rooms.

The architect and his team attempted to retain the aesthetic character of the existing building, which is part of the ancient town’s preserved urban fabric. The extension, on the other hand, is distinctly contemporary, with white-rendered surfaces, crisp details and frameless glazing contributing to its modern look.

“Our sight meets two distant architectures, separated not only by time, but also by the difference in its building approach,” the architects explained. “A symbiosis was sought between them, by respecting the existing house. This relationship was born so naturally that one is led to think that one could not exist without the other,” they added.

A doorway set into the simple gabled elevation of the original building opens into a space that was reconfigured by replacing existing partition walls with a single structural element separating the entrance from a living area. 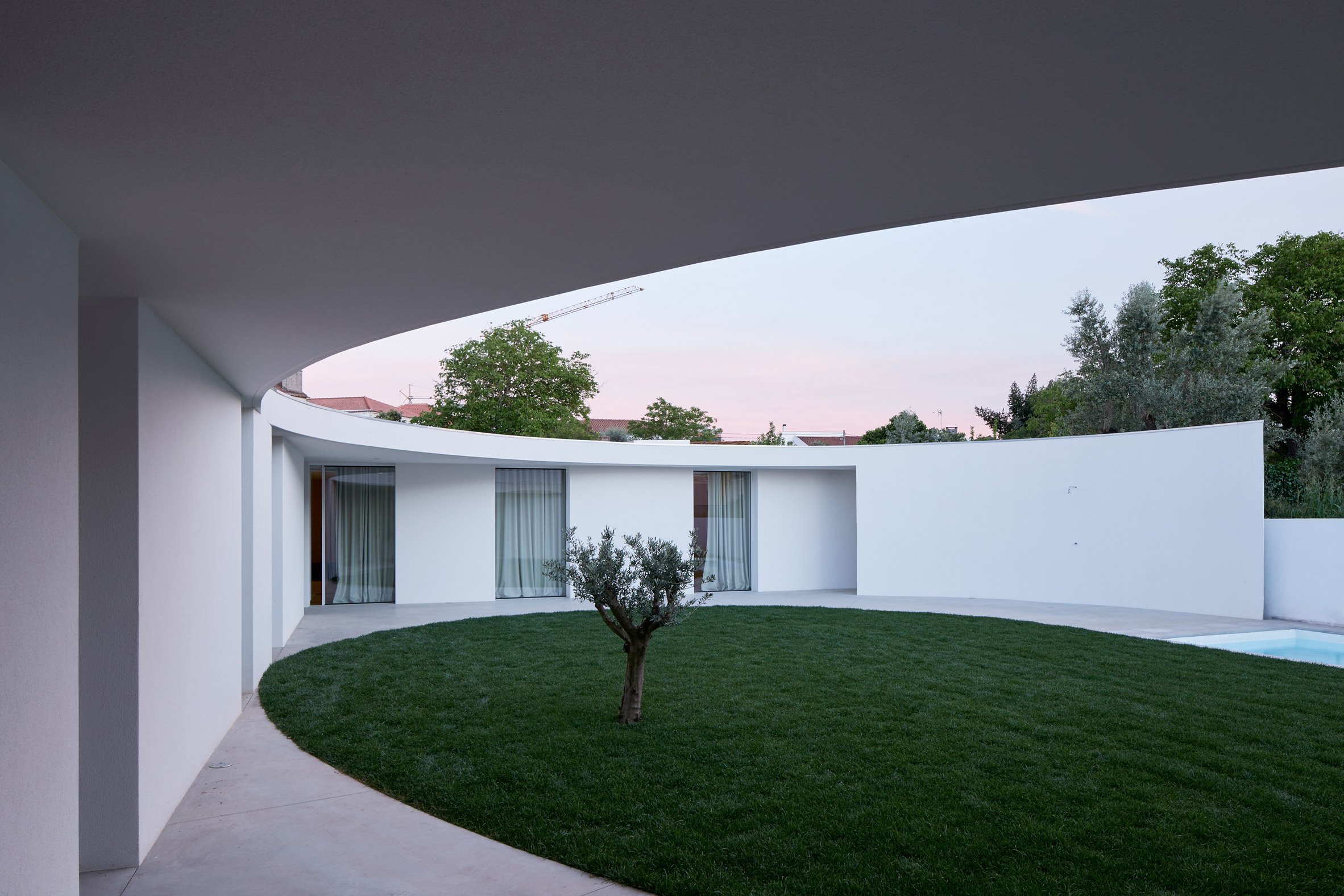 The new dividing wall contains a staircase leading up to the first floor, as well as a fireplace facing the lounge. Sliding glass doors connect this room with the courtyard.

The additions to the property extend out to the limits of the plot, which are determined by existing walls and buildings. The shape of the courtyard is informed by the mathematical principles of the golden ratio, which the studio claimed results in an aesthetically pleasing design with a seemingly natural order. 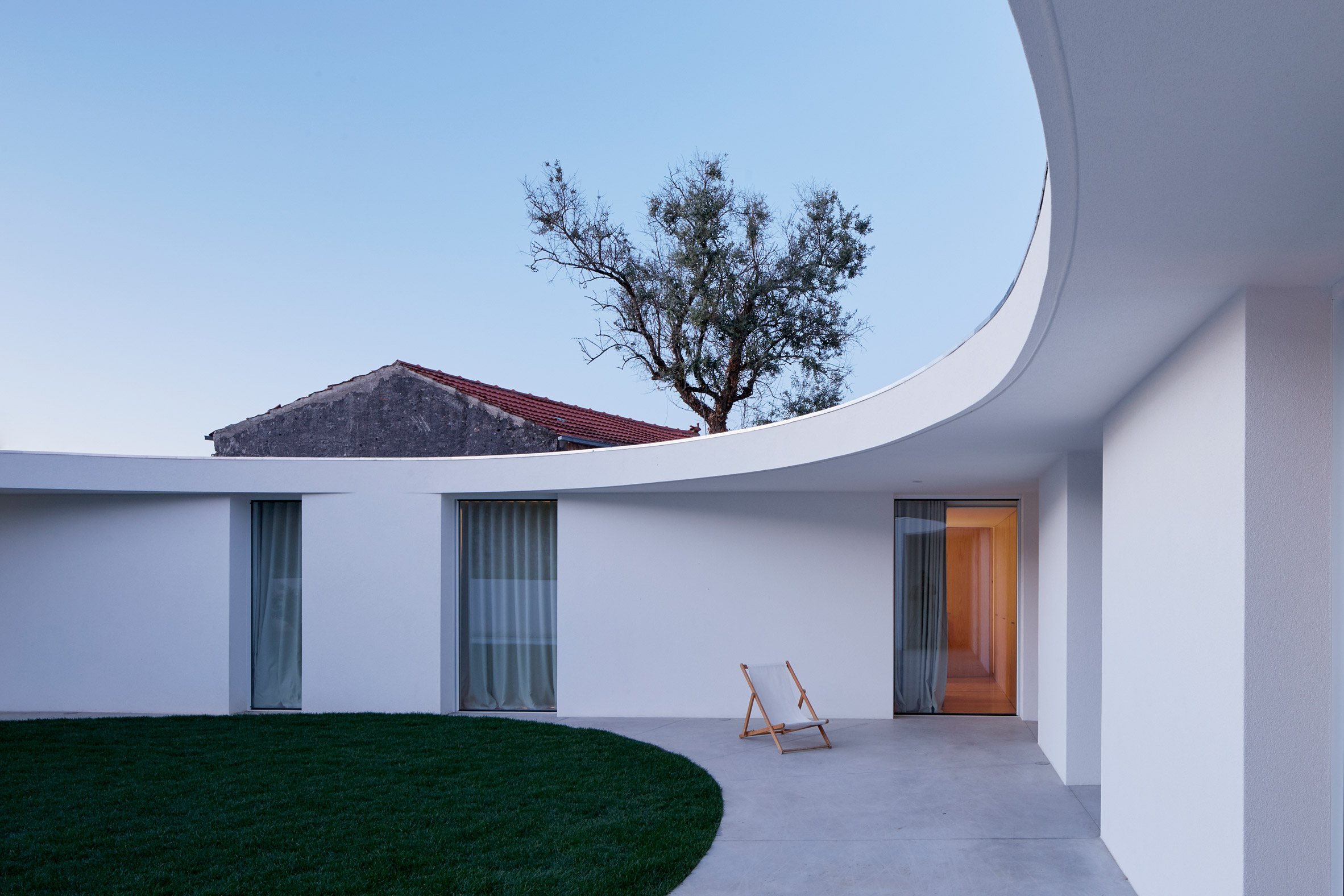 “The rationale was that the human body is the most remarkable and obvious illustration of the golden ratio, and the human presence is the essential element in the definition of the house,” they added. The inner wall enclosing the courtyard extends in an arc from one corner of the existing building to shield the interiors from overlooking by neighbouring properties.

A dining area and kitchen is located adjacent to the living room, with a long corridor leading from this space along the edge of the building towards the bedrooms at the far end. 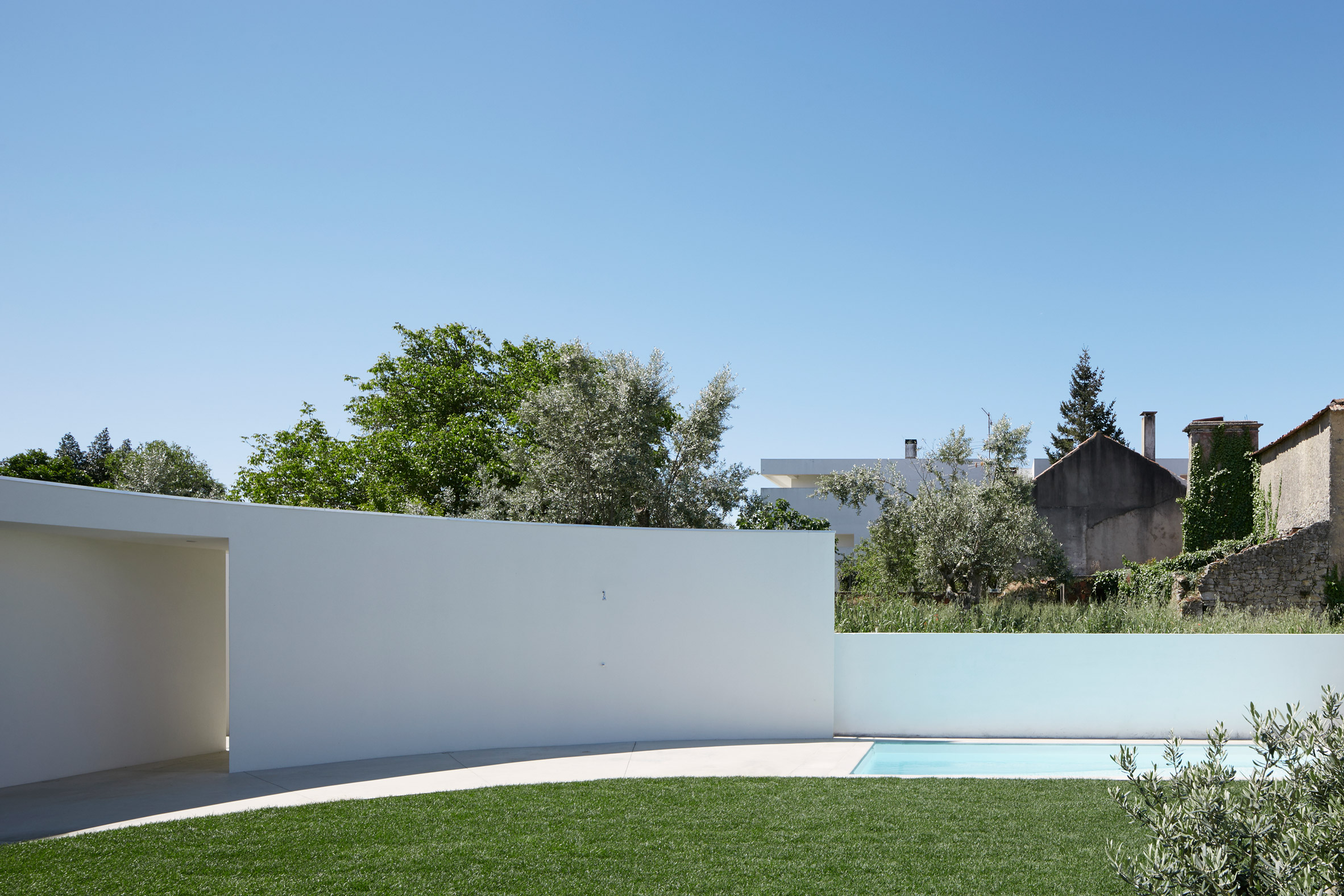 The curving structure continues around the central lawn until it reaches a small swimming pool at one edge of the plot.

Outside the living and sleeping quarters, the arcing surface forms a projecting canopy that aligns with and shelters patios below. 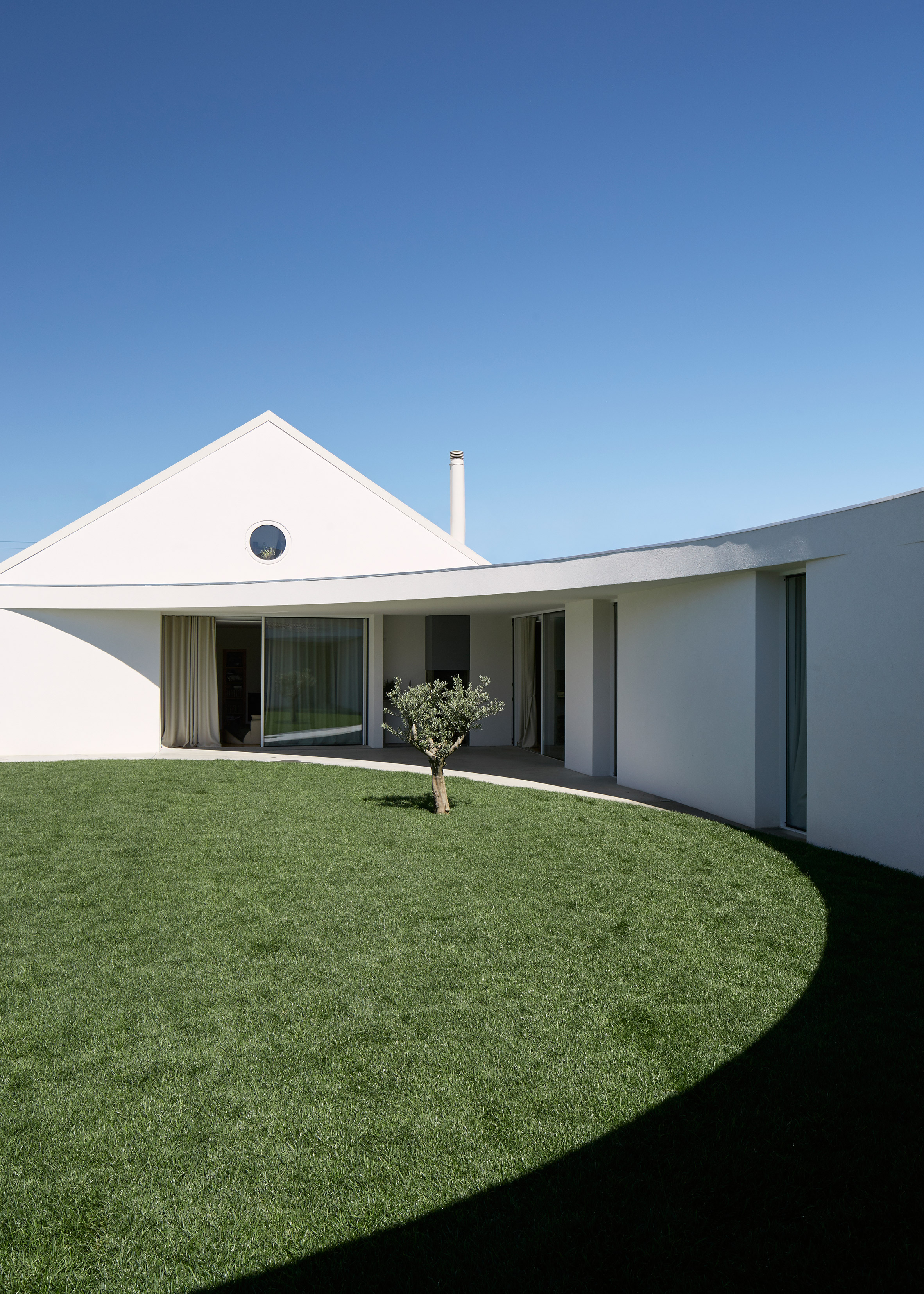 The precisely detailed, white-rendered forms are intended to provide consistency with the materiality of the original house.

Internally, warmer tones and softer finishes are introduced through features such as the curtains, wooden floors and knotted-timber cabinetry found in the kitchen.

Photography is by Hugo Santos Silva. 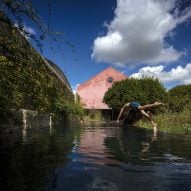 The post Bruno Dias adds curving extension based on the golden ratio to historic Portuguese house appeared first on Dezeen.