This plant-covered extension to a bungalow in Miami is supported by a spiral concrete core that was precisely calibrated to match the sun’s path at the height of summer. 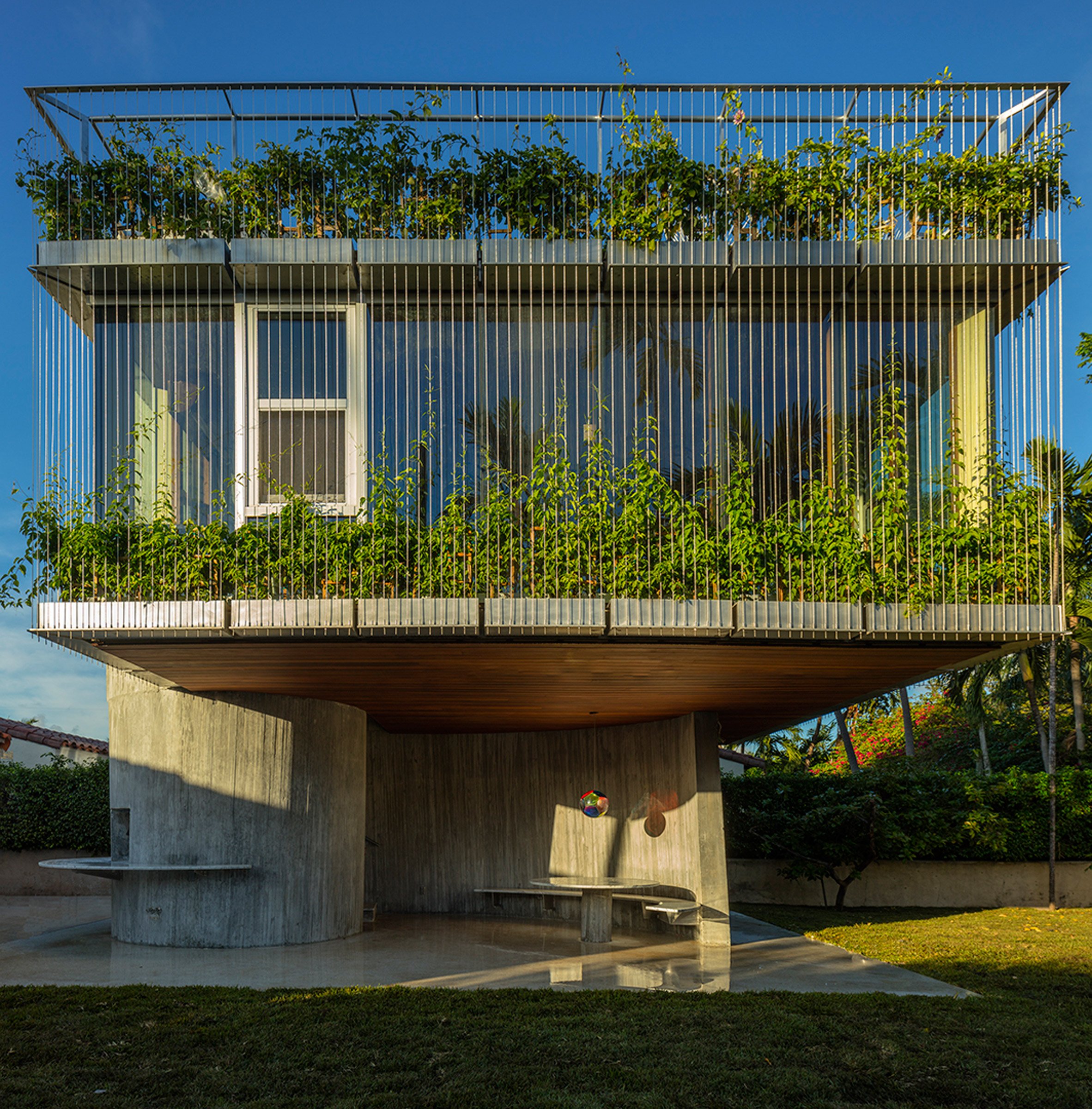 Completed for renowned chef Frank Prisinzano, the standalone Sun Path House comprises an exterior kitchen on the ground floor, a master bedroom on the first storey, and a sun deck on the roof.

“This three-story extension became a new center of living for the chef, his family, and their friends,” explained the New York City-based architect Christian Wassmann. 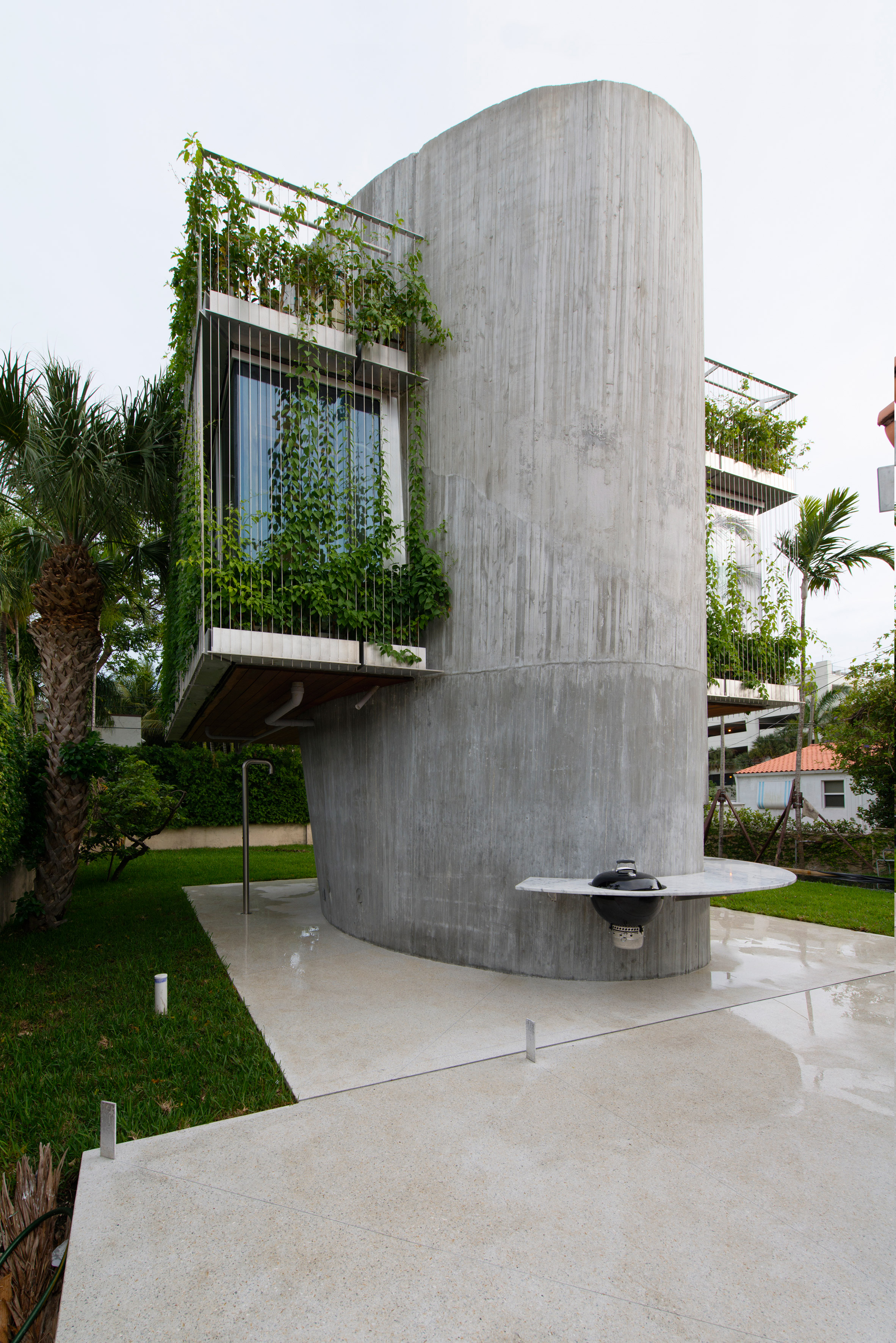 A spiralling, board-formed concrete wall forms the core of the home, and encases a staircase that provides access to the living spaces. 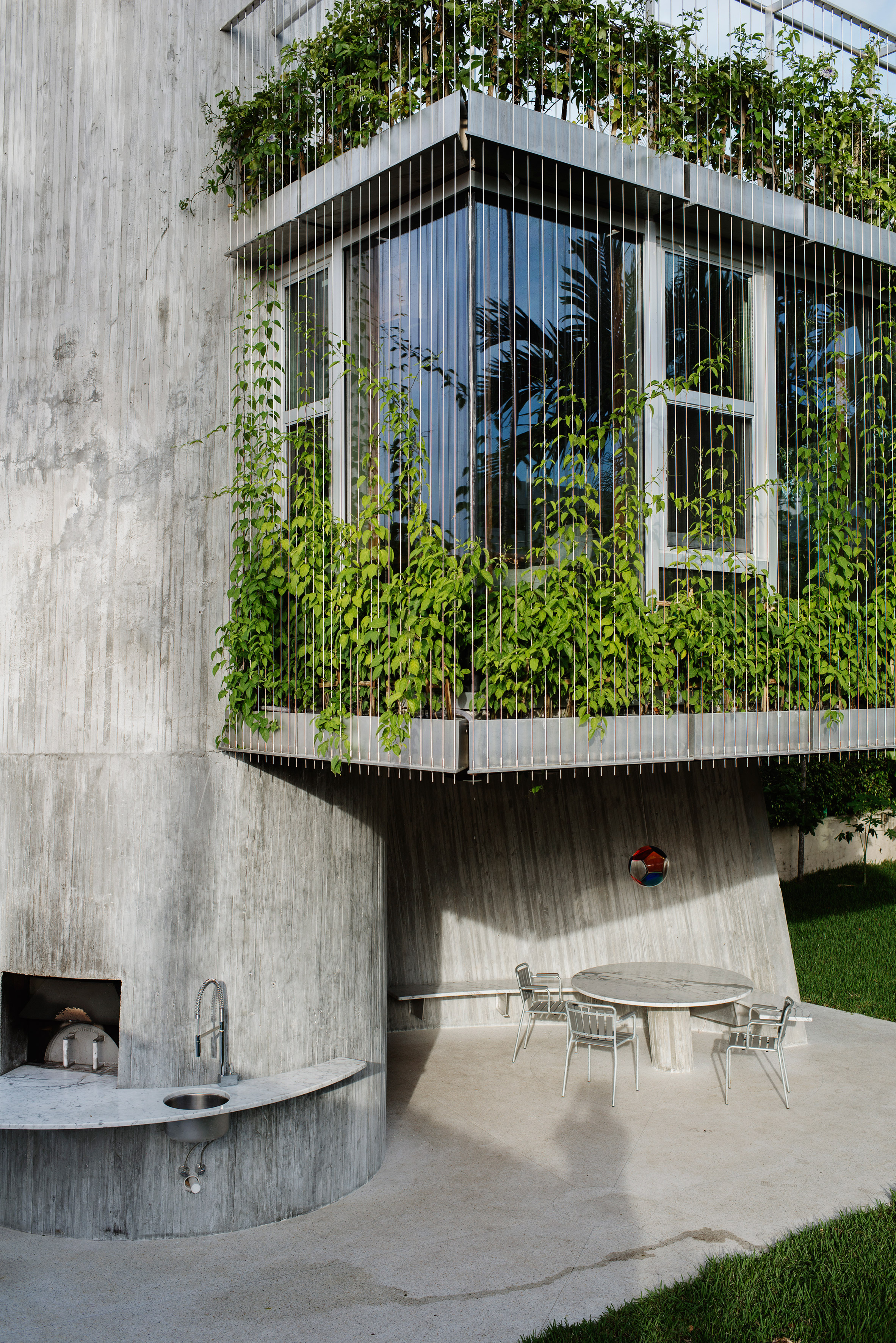 Its shape was determined by the path the sun takes during the summer solstice – the longest day of the year in the northern hemisphere, which falls annually on 21 June.

“This curved wall is simultaneously structural, functional, and sculptural,” said Wassmann. “Conceptually, the curve, which is based on the sun path diagram of the site, serves as the spine of the project.” 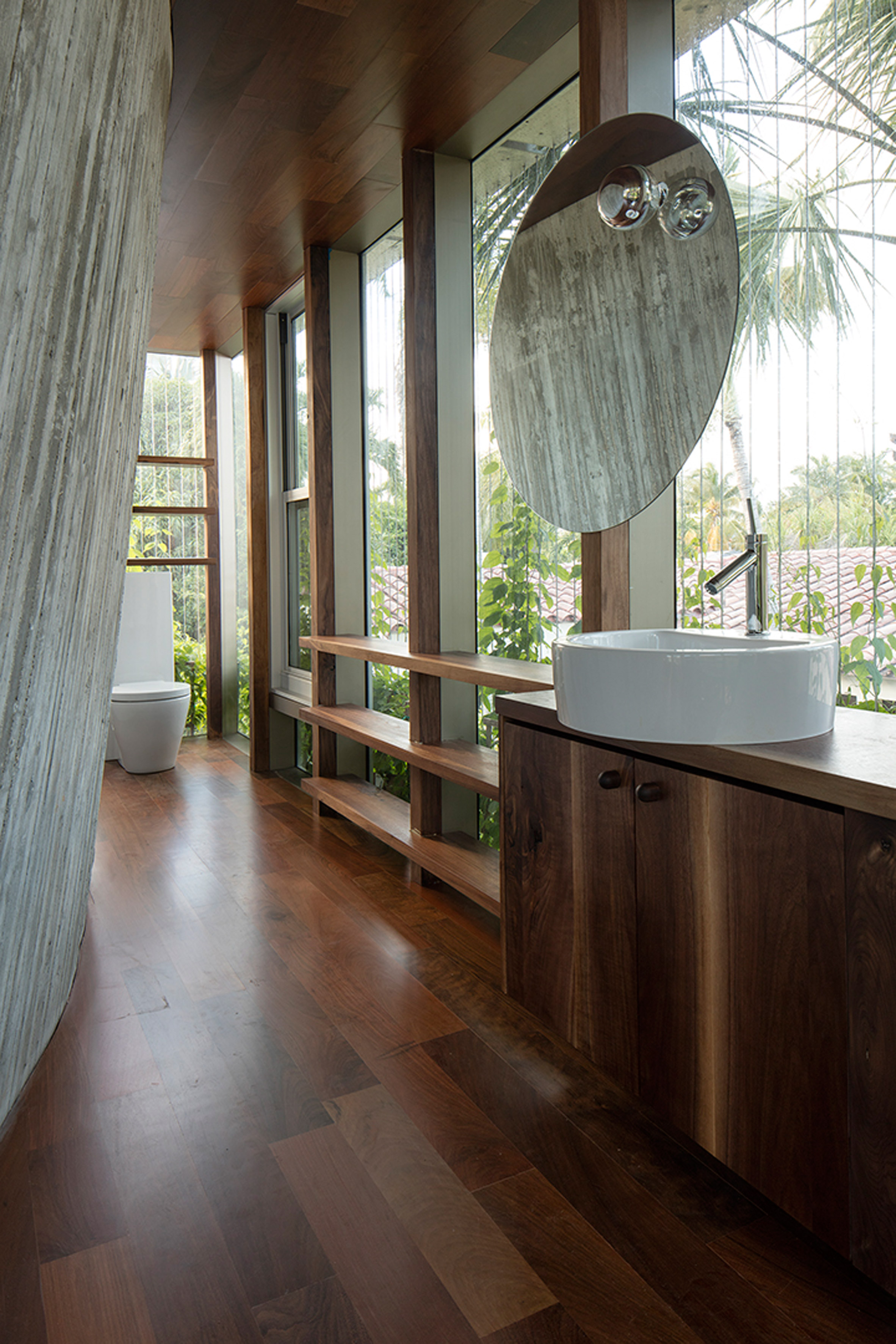 In the garden of the existing bungalow, the architects laid out an exterior dining space, which is sheltered by the bedroom above. This area includes a wood-fired pizza oven, a barbecue, and a marble table and booth seating. 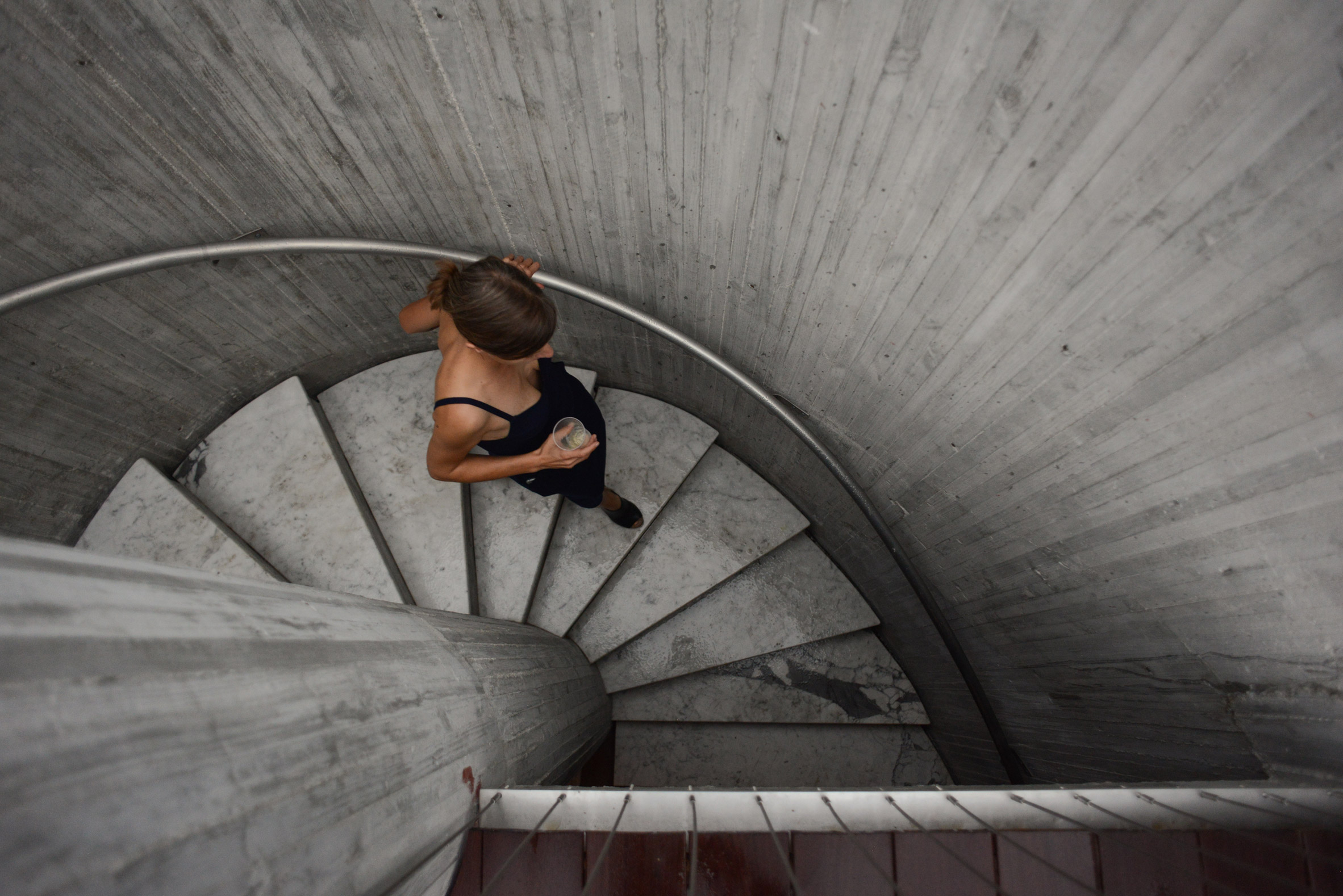 Up the flight of curved stairs, the master bedroom occupies the entire middle level. It is divided in two by the concrete spine, separating the bathroom from the sleeping area.

Floor-to-ceiling glazing surrounds the entire volume of the home, which is square in plan. On the facade, climbing vines are supported by a series of cables, providing some privacy. 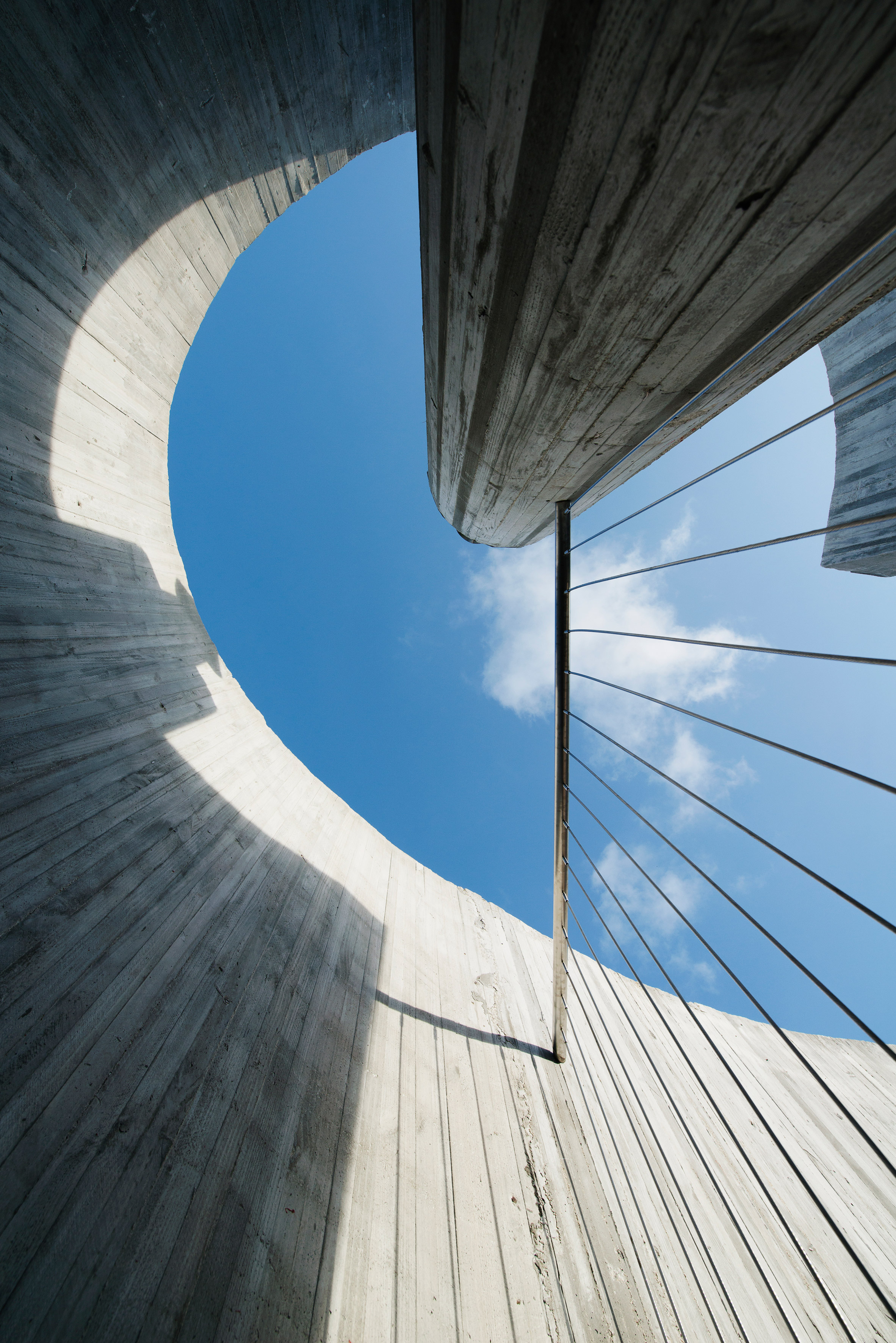 Matching wooden finishes on the floor and ceiling contrast the board-formed concrete surface of the central column. Other accent pieces include a psychedelic bedspread and zebra-patterned armchair. 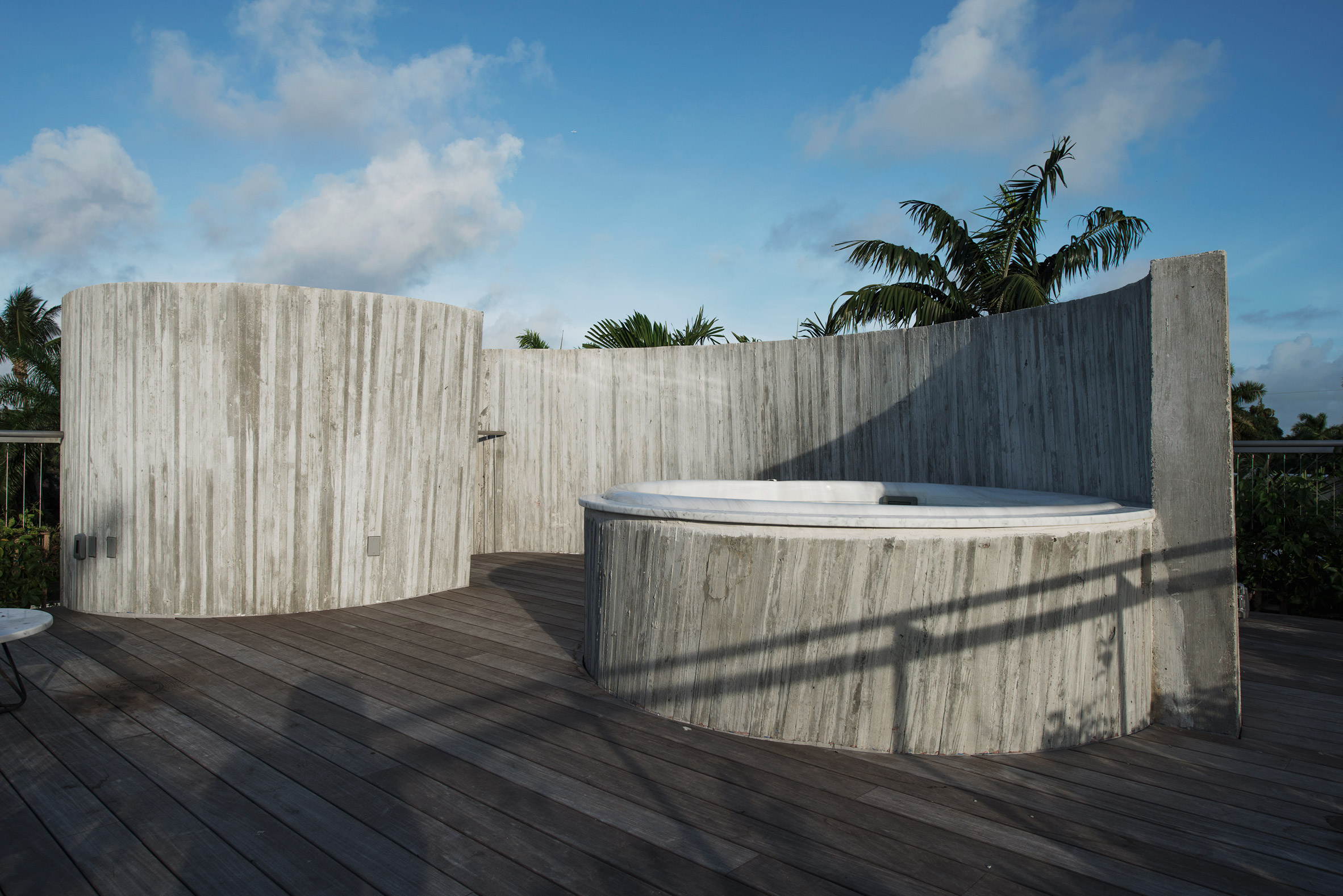 “On the roof of the building is a solarium, where the wall maps the path of the sun on the summer solstice,” said the architect. “At that time, the sun’s rays reflect off of the wall onto the surface of the deck.”

The metal trellis that forms the facade extends above the roof deck, surrounding the space with vegetation and protecting its occupants from prying eyes. 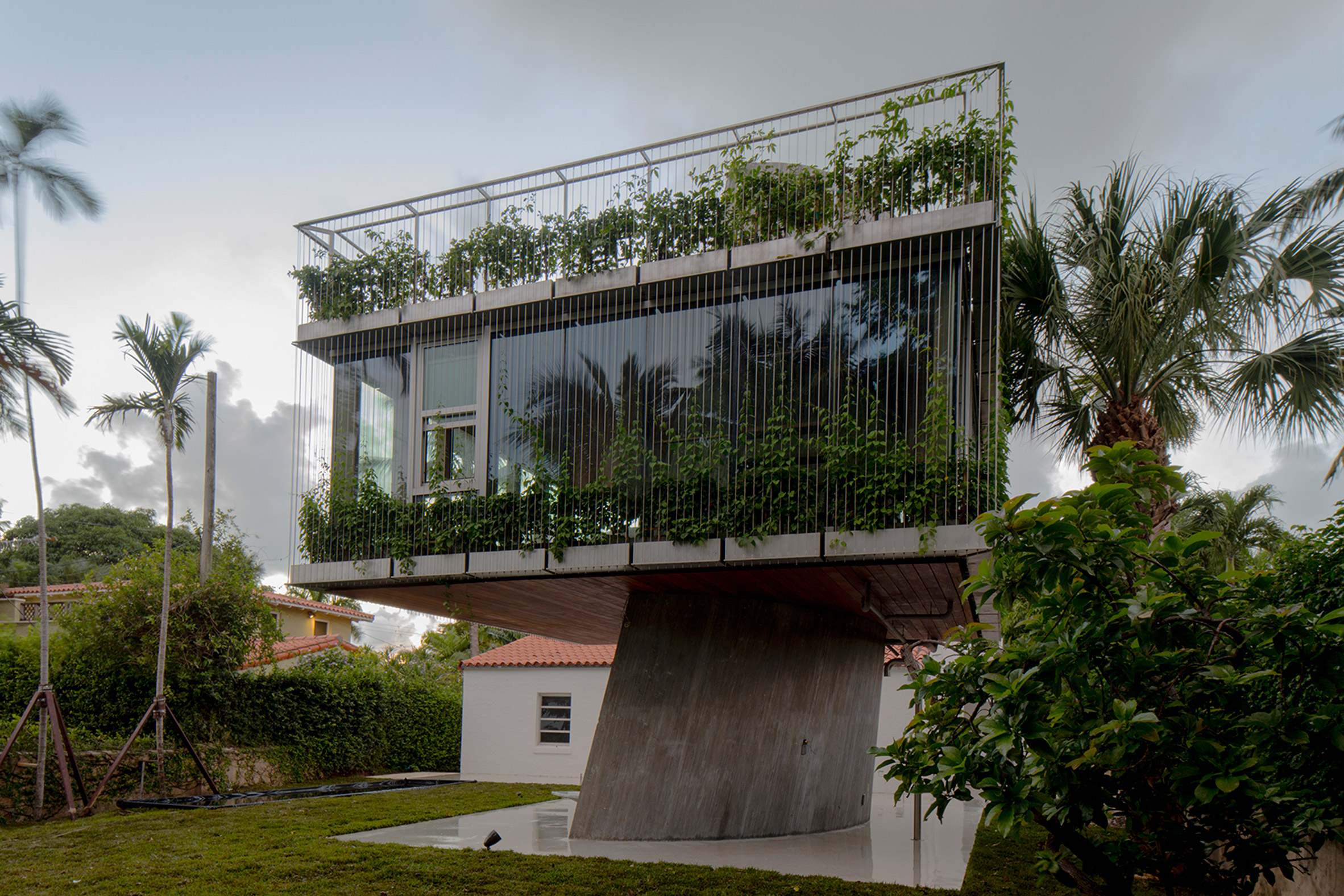 “Solitude can be found under the open sky in this space, which is free of the incursions of everyday life,” said Wassmann. “Time spent in this contemplative space slowly reveals the house’s interactions with the sun.” 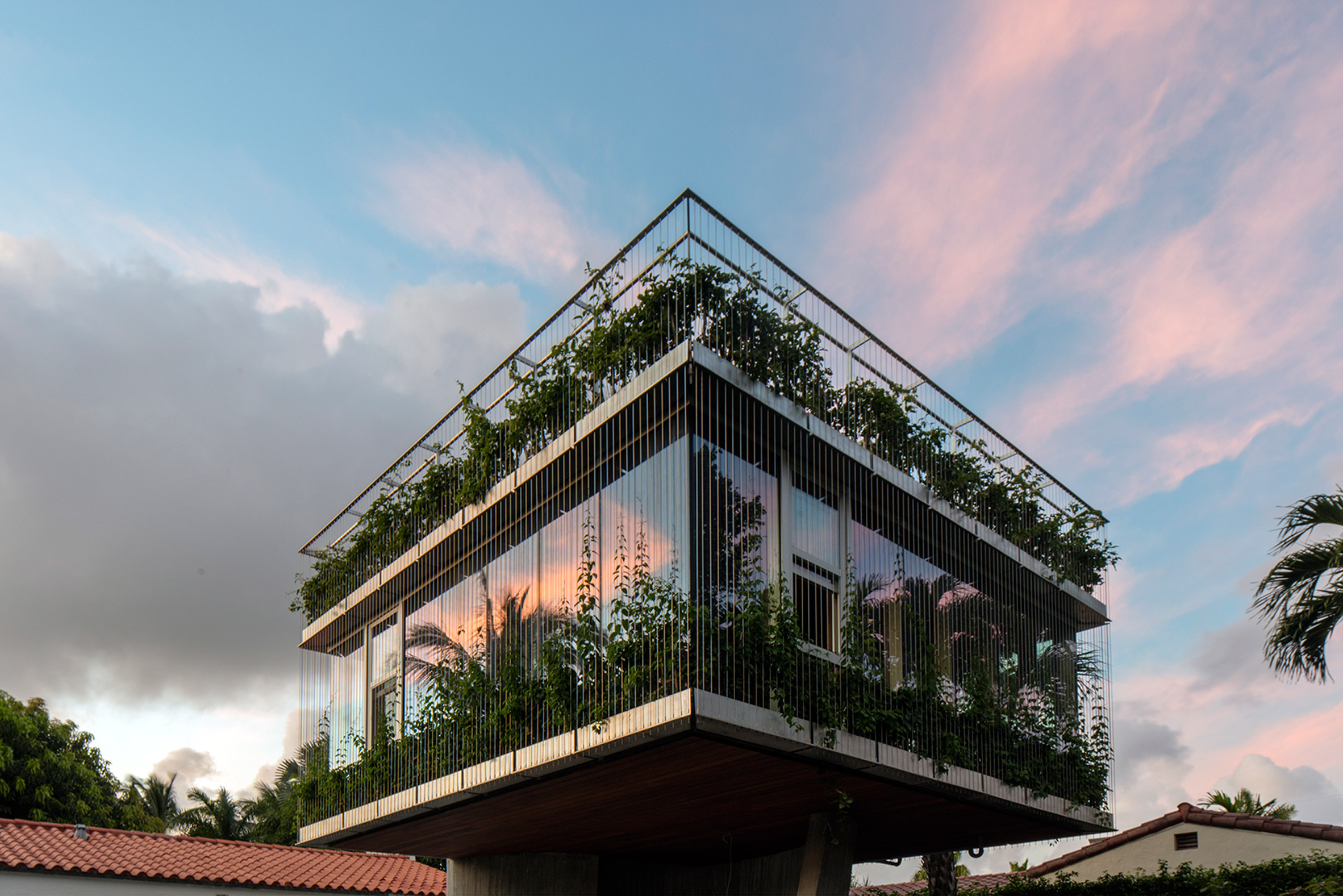 Miami’s tropical climate allows for outdoor living for much of the year. Other homes in the Florida city with ample external spaces a villa by Studio MK27 sited by a man-made lagoon and a minimalist home by Colombian-Ecuadorian filmmaker Alejandro Landes,

Photography is by Lukas Wassmann, Todd Eberle and Casey Kelbaugh. 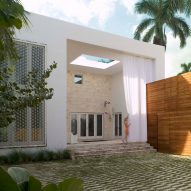