Locally based Atelier 111 Architekti was tasked with combining two separate flats to create the home for a growing family. 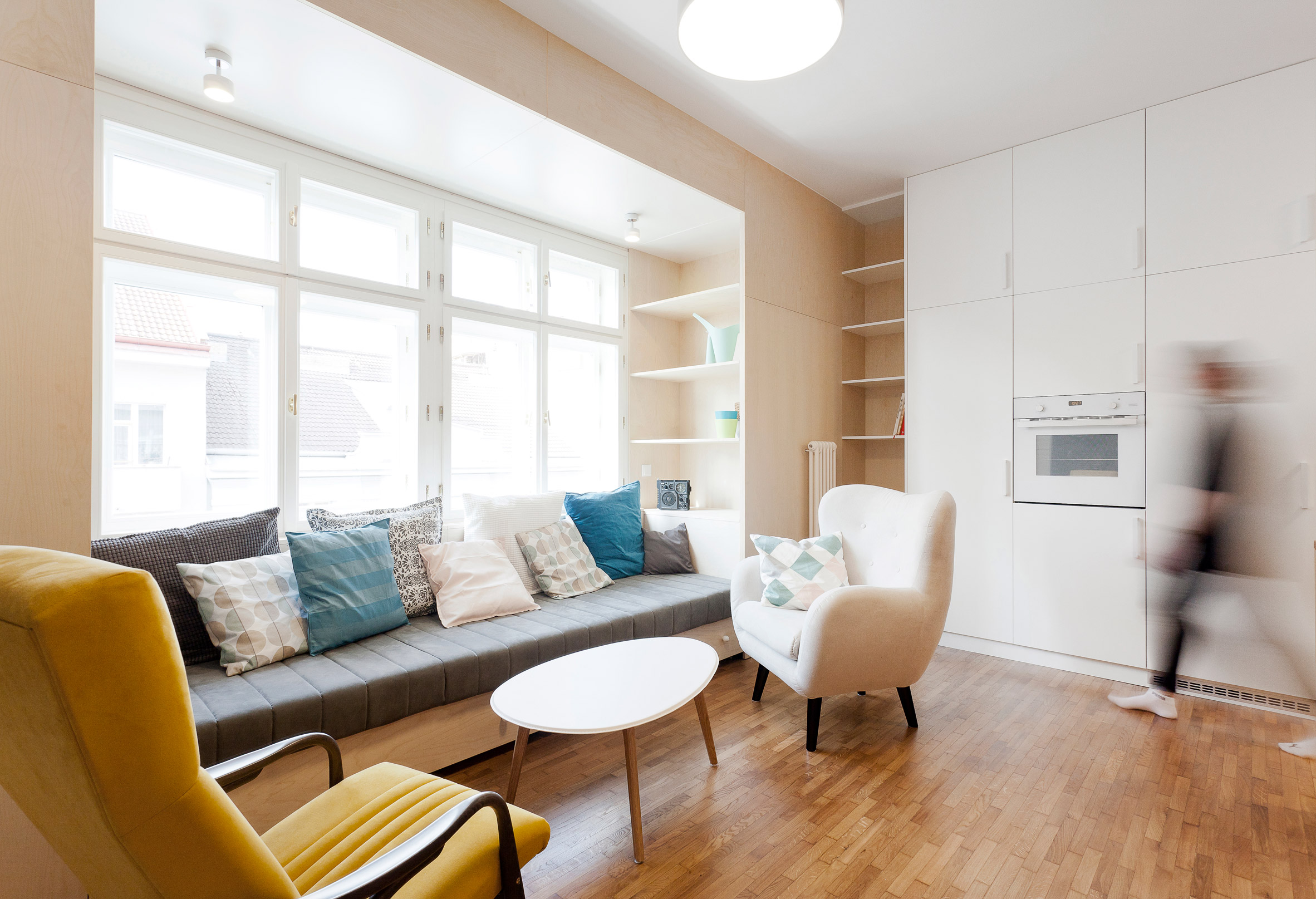 The clients, a psychologist and scriptwriter with two small children, originally owned the larger flat and bought their neighbour’s apartment to expand their home.

The architects sought to make the most of space in the new 116-square-metre flat – which led them to create a sofa niche, surrounded by storage, in the main lounge. 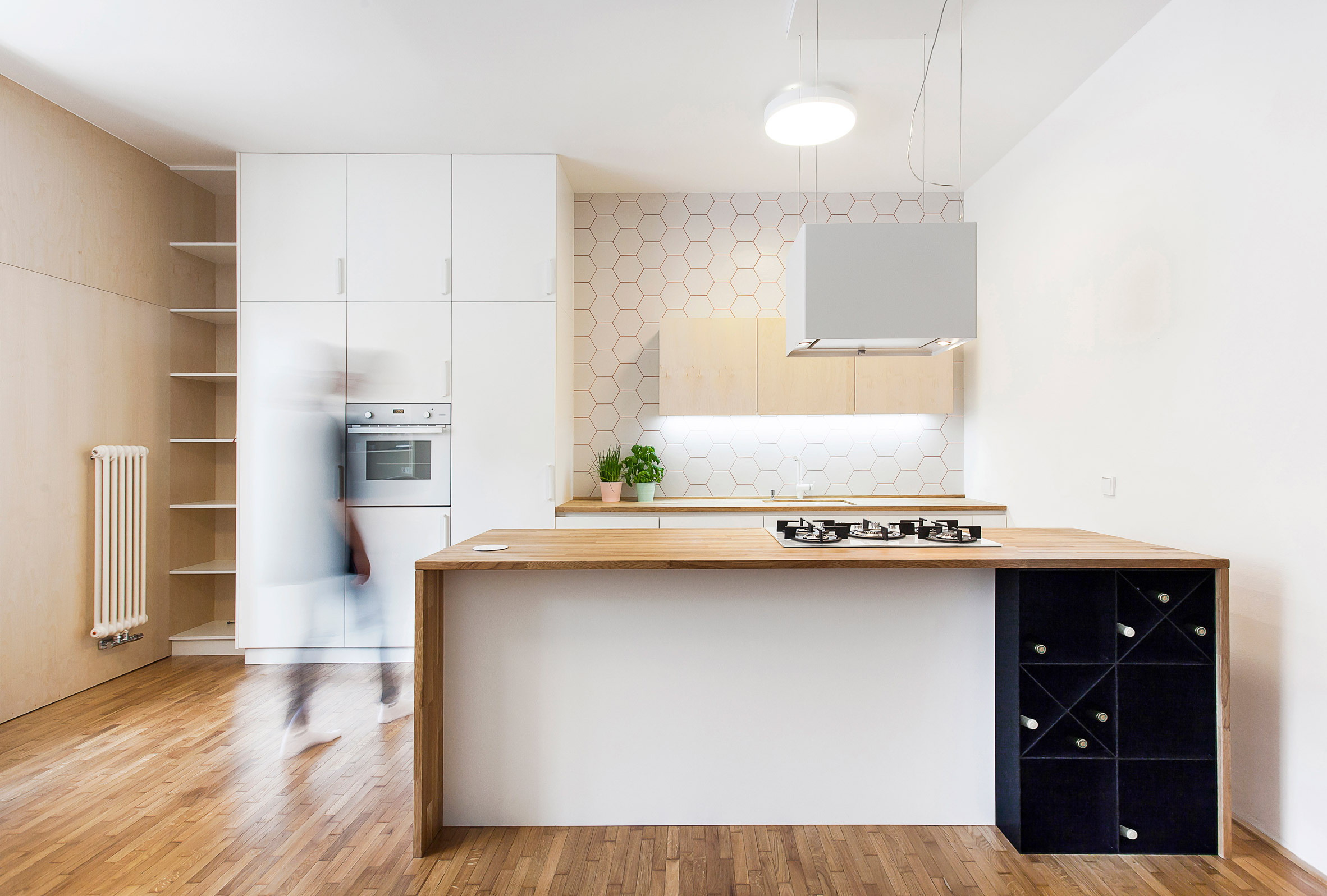 They used birch plywood to build storage around the existing windows. This new unit creates a large sofa, with shelves on either side and drawers underneath.

The architects describe it as a “unique element”. They said: “The sofa built in the niche uses the protruding space created by the articulation of the facade.” 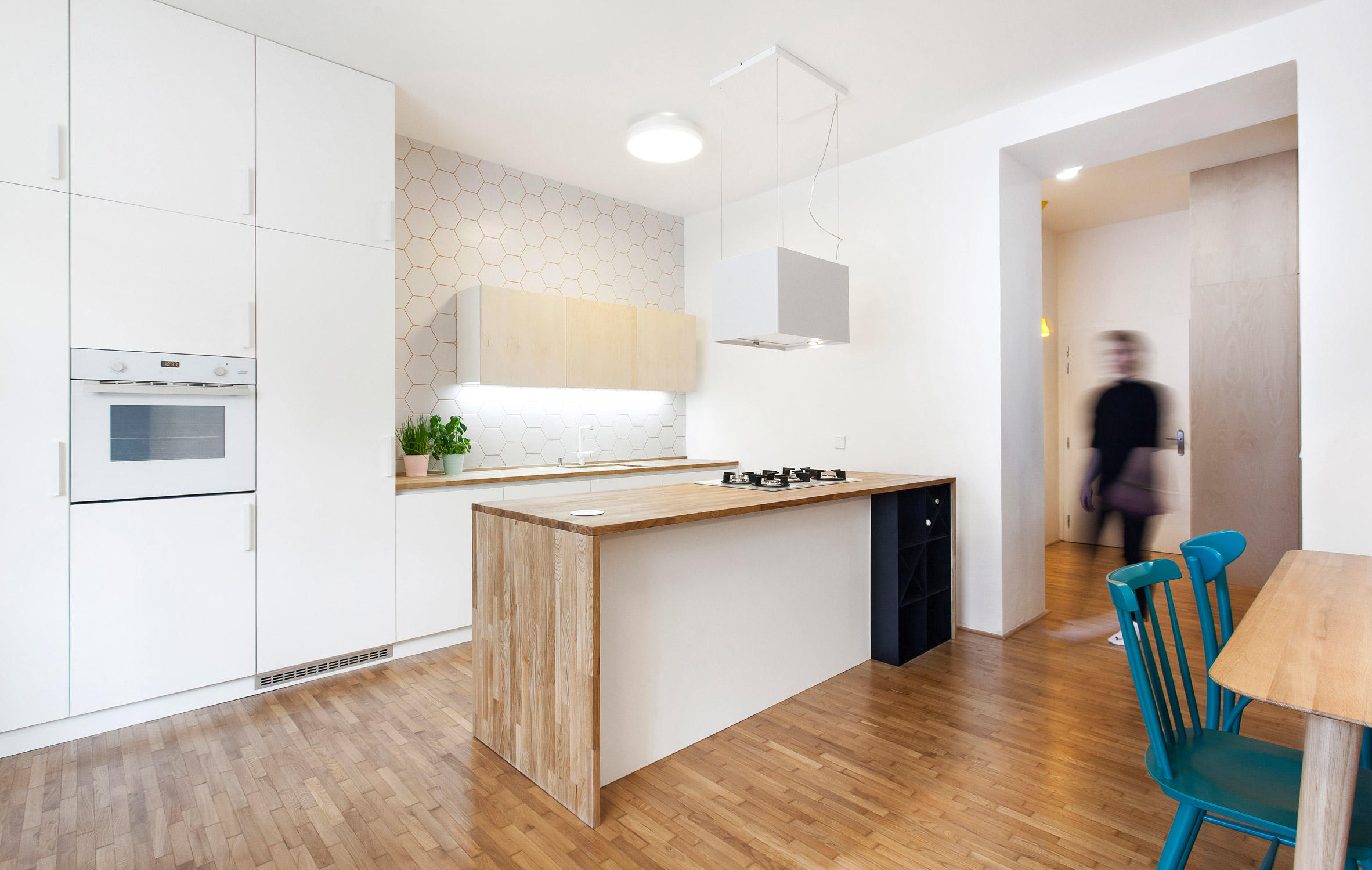 A neutral palette features throughout the apartment, with white-painted walls and the birchwood fixtures complementing the original 1930s oak parquet flooring. 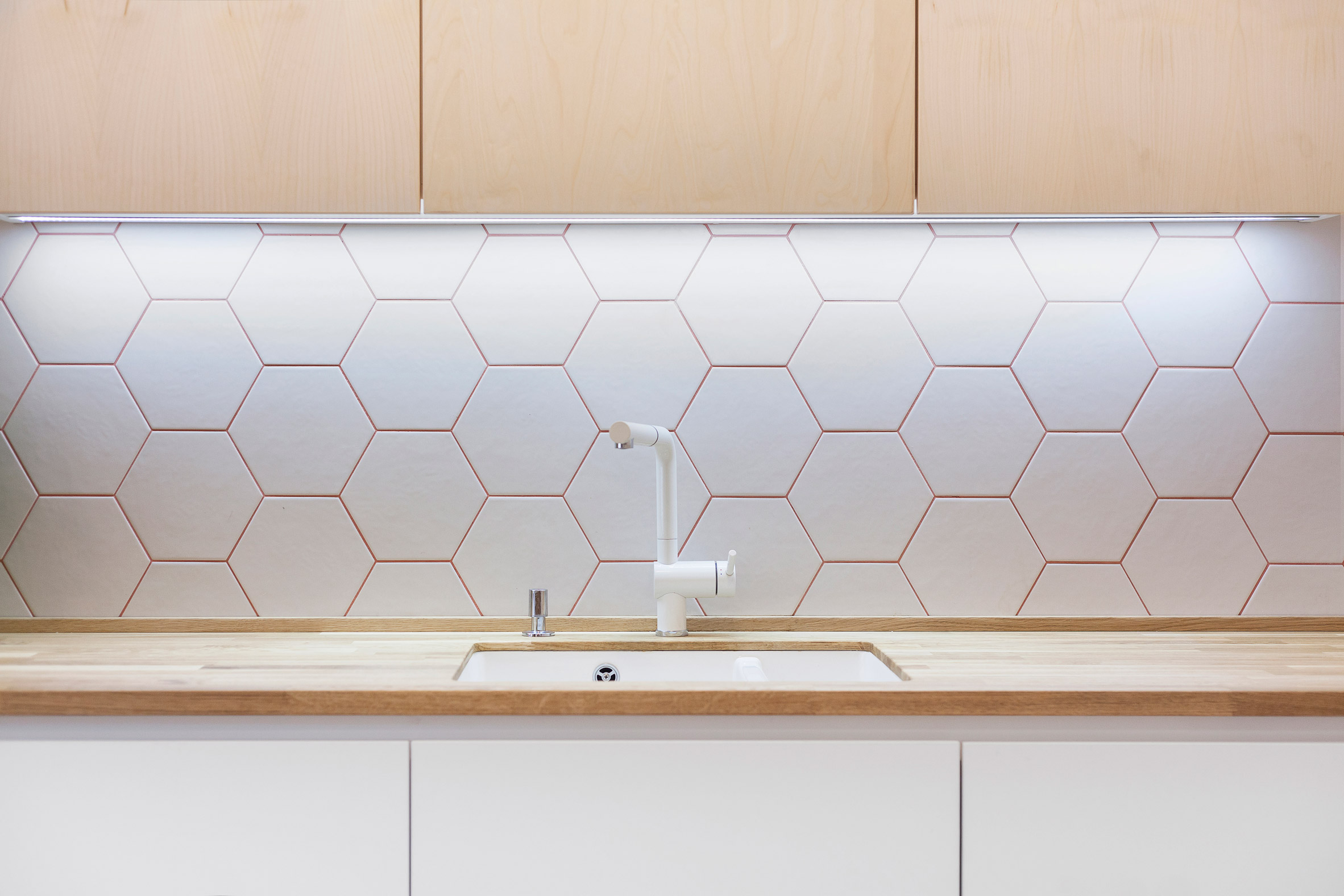 In the open plan kitchen, oak surfaces mimic the parquet floor, while white cupboards and walls reflect the light that illuminates the space from the large window niche.

White hexagonal tiles line the back wall of the kitchen, with pinkish grouting complementing the wooden cupboards and surfaces. 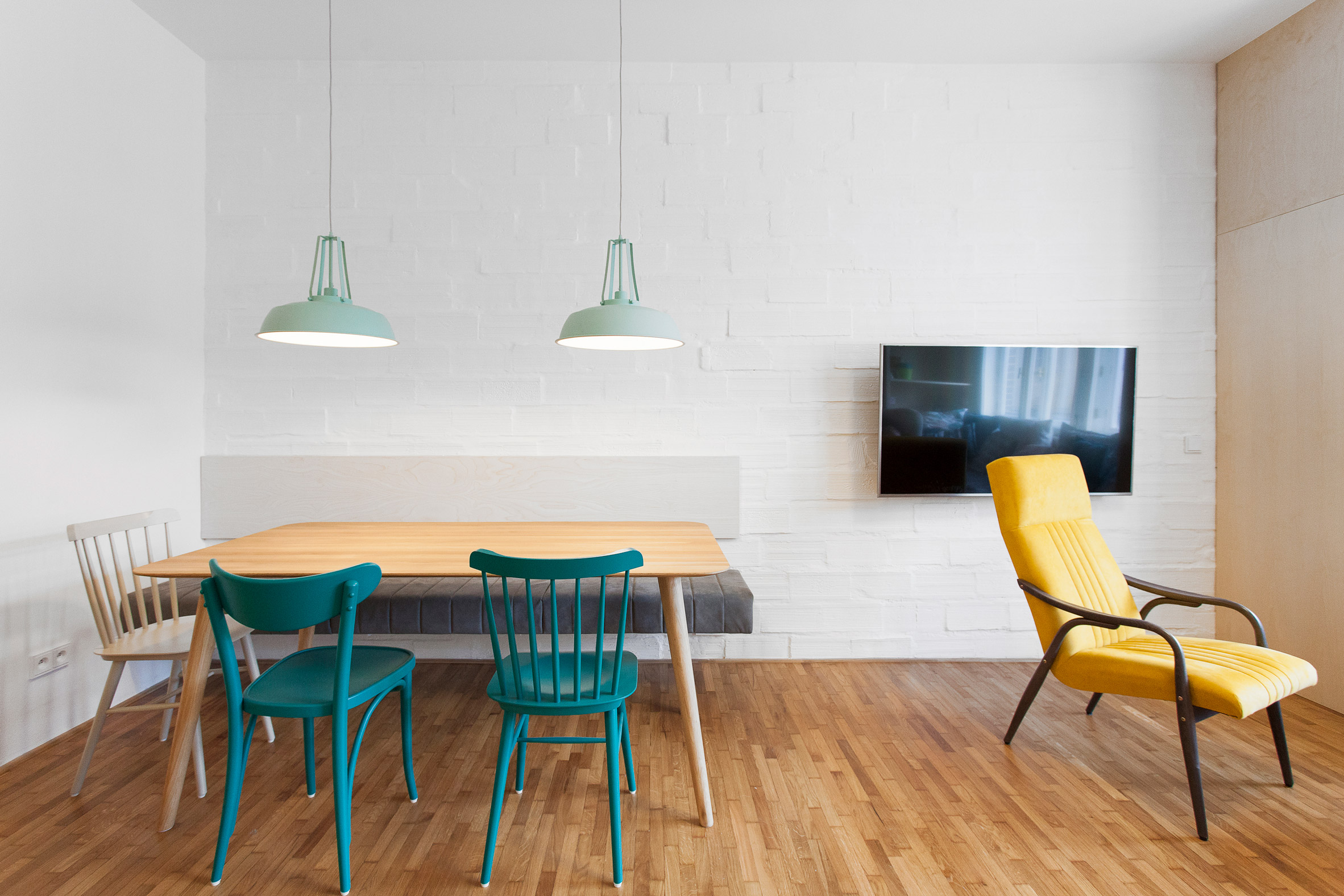 Opposite the cooking area sits a dining table with two mint-coloured suspended lampshades hanging from the ceiling, next to the armchair and lounge area by the window.

“With just small dispositional changes, we achieve much different comfort of living; we create a cozy living space for the whole family,” added the architects. 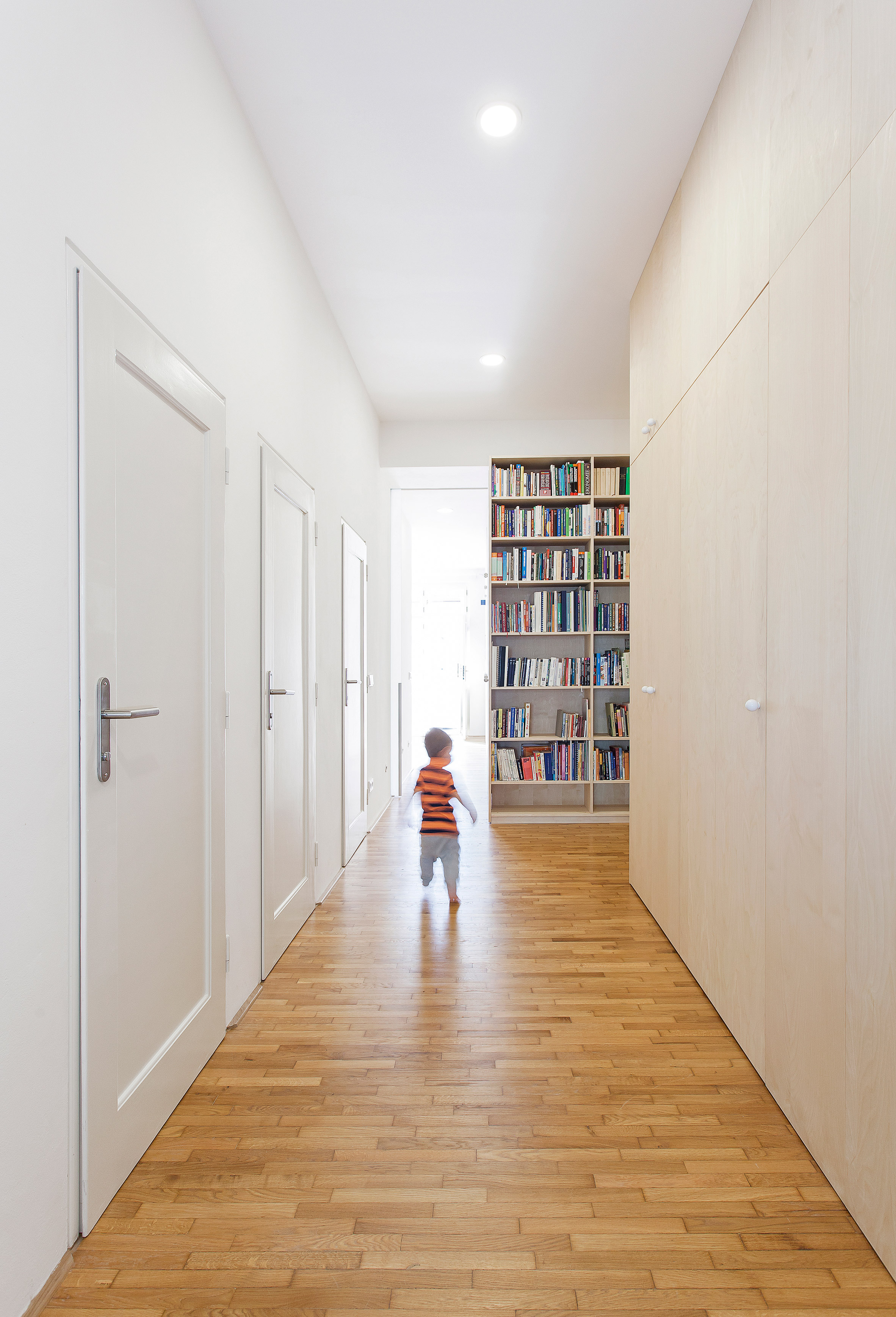 Due to the combination of the two housing units, the flat takes on an unusual shape, with a large open entrance hallway.

Off this corridor is the master bedroom, where more plywood cabinets have doors that fold out and slide back into the walls. This room leads out to a small balcony overlooking the street below, with an en suite bathroom. 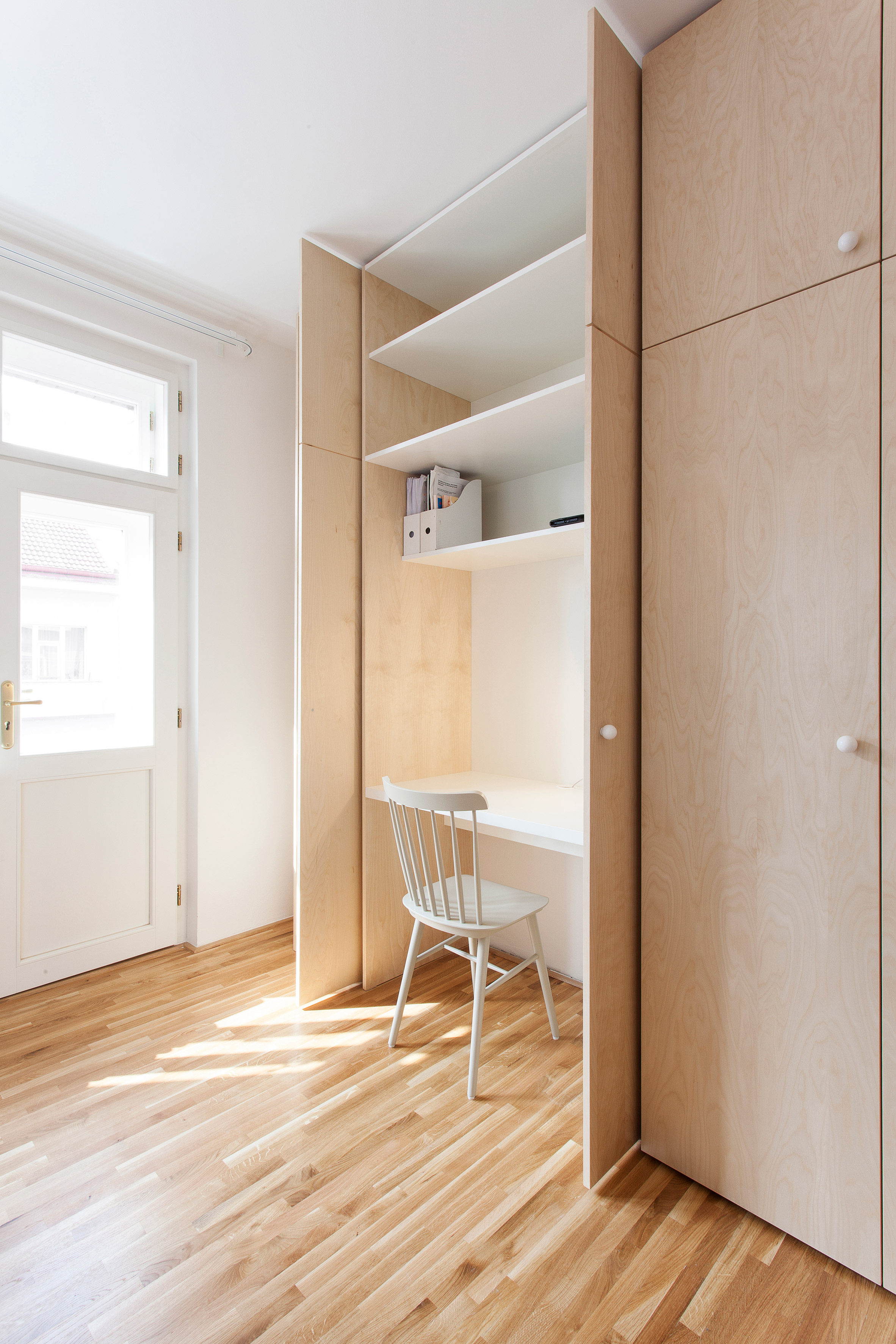 Separating the master bedroom and the two children’s rooms is the main bathroom, which echoes the natural palette of the communal spaces.

In each of the children’s rooms, the door has a portal window to let light flow through the bedrooms – as well as a tiny house-shaped doorway that connects the two rooms. 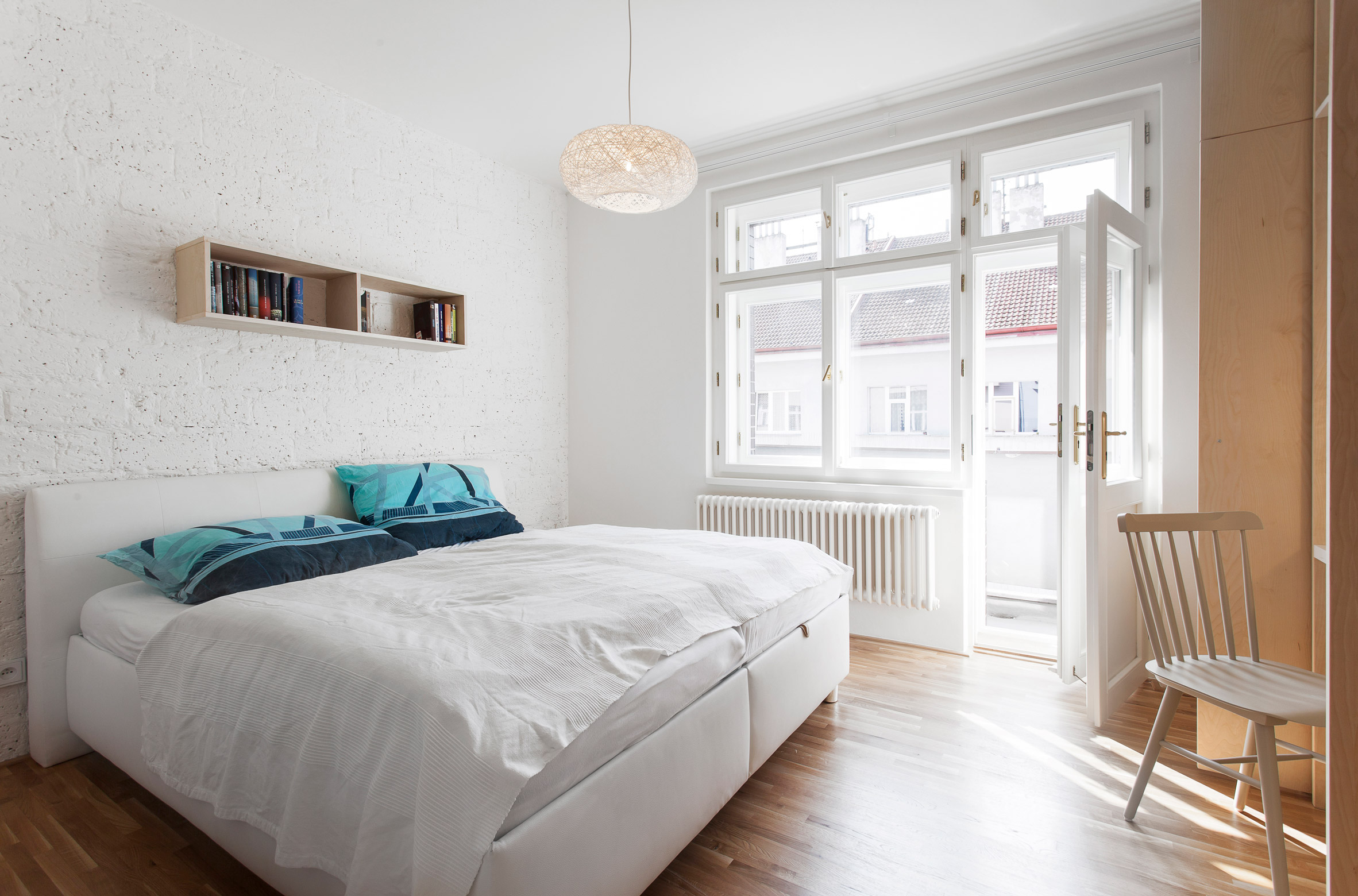 The apartment joins other recent residential conversions in Czech Republic, including a childhood summerhouse which was converted into a full-time residence in Bohemia by architects Matěj Petránek and Adam Jirkal, and this energy-efficient wooden home on the outskirts of a small village by ASGK Design. 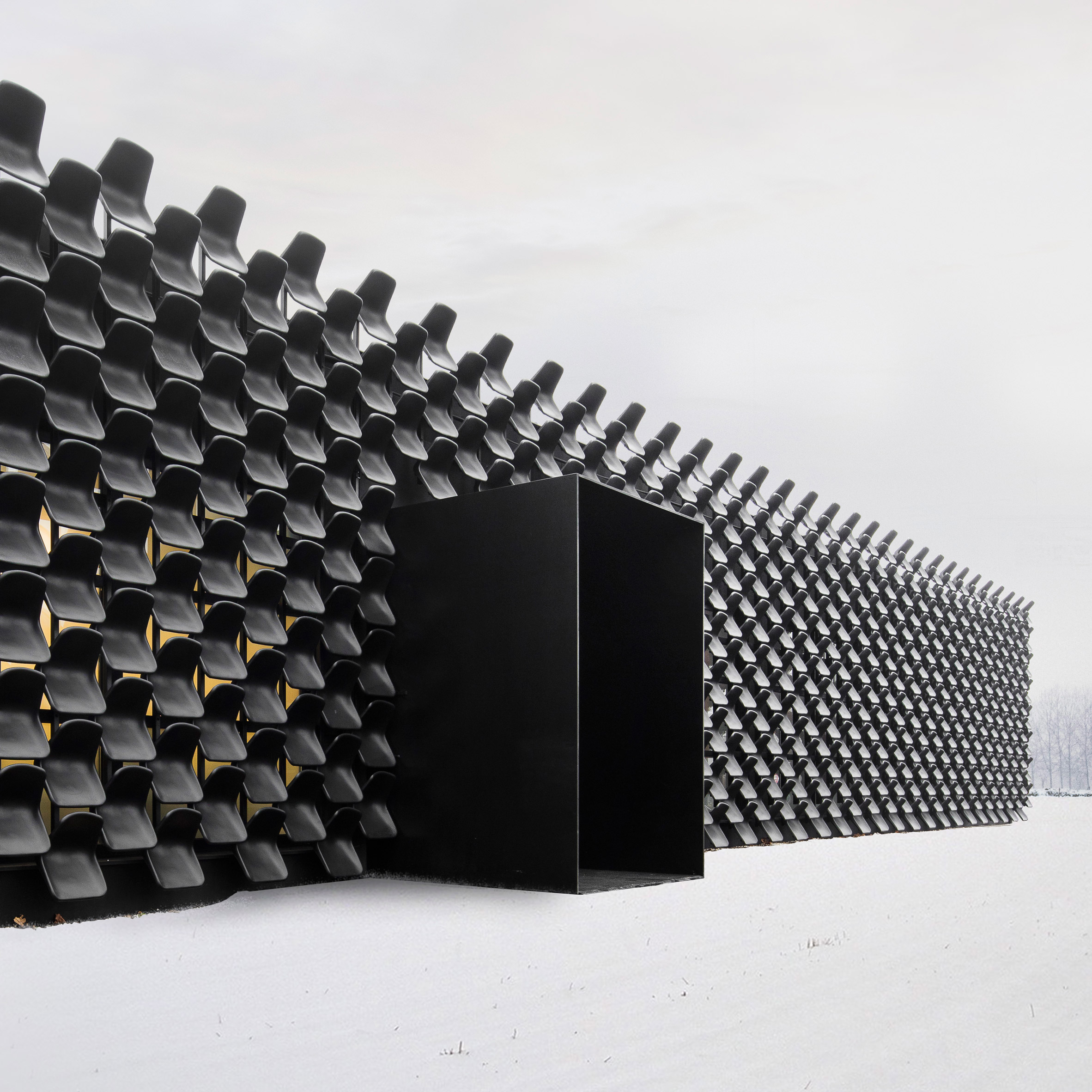 Photography is by Alexandra Timpau.