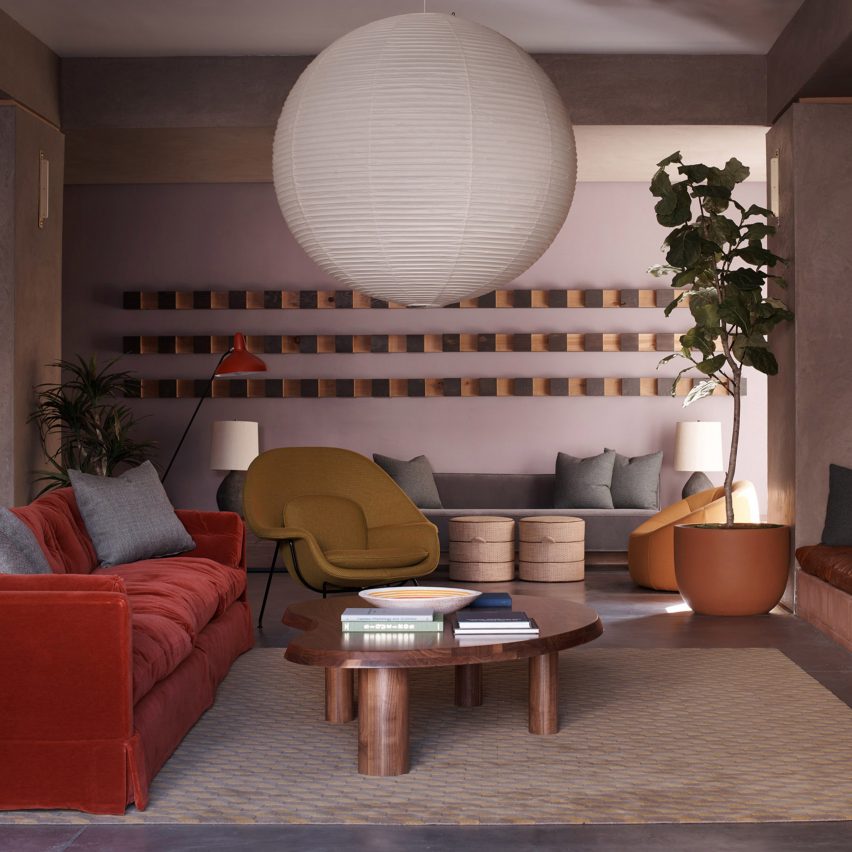 Cacti gardens, a yoga studio and a saltwater swimming pool with sunbathing platforms are among the features at a large housing complex in Los Angeles, designed by US firms Commune and VTBS Architects.

The El Centro Apartments & Bungalows complex is located on Hollywood Boulevard, near a metro station, and landmarks like the Capital Records building and Hollywood Walk of Fame. The area has several new developments, including a Netflix office complex slated to open next year. 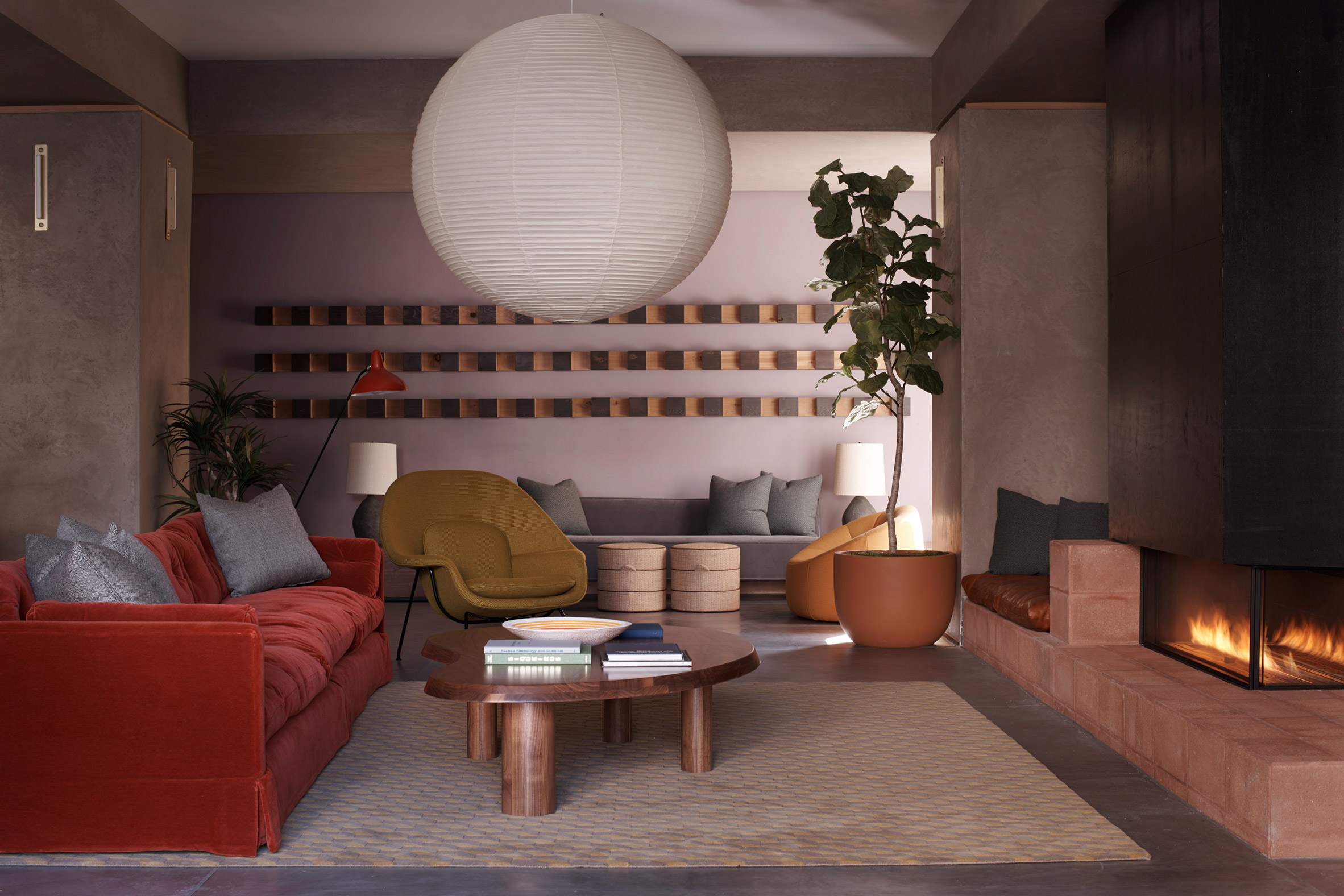 LA-based Commune oversaw the design of El Centro’s residences and public spaces. VTBS Architects, which has offices in California and Colorado, served as the architect of the building.

Occupying a full city block, El Centro is composed of four seven-storey buildings arranged around outdoor plazas and walkways. At the heart of the complex are a saltwater swimming pool, hot tub and sunbathing decks that are “reminiscent of a Palm Springs postcard”. 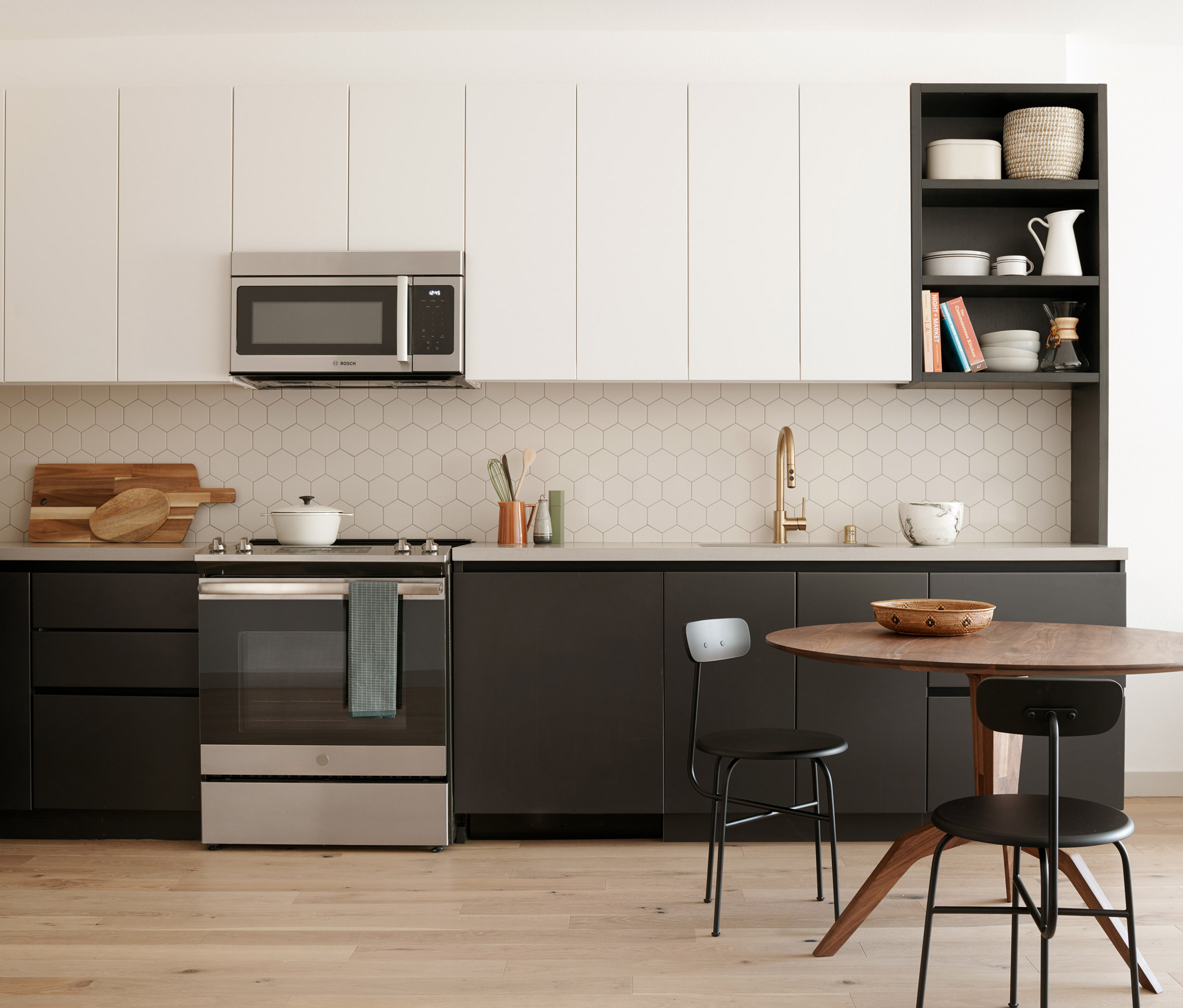 Facades are wrapped in grey, ivory and orange-hued cladding. Distinctive plantings were incorporated throughout the development, including a cacti garden that marks the main entrance on Hollywood Boulevard.

“Passageways and four courtyard gardens are lushly planted with exotic specimens of cacti, wild succulents, towering palms and other drought-sensitive species,” the team said. “The feeling of an urban oasis winds through the courtyard and amenities and up into the residences.” 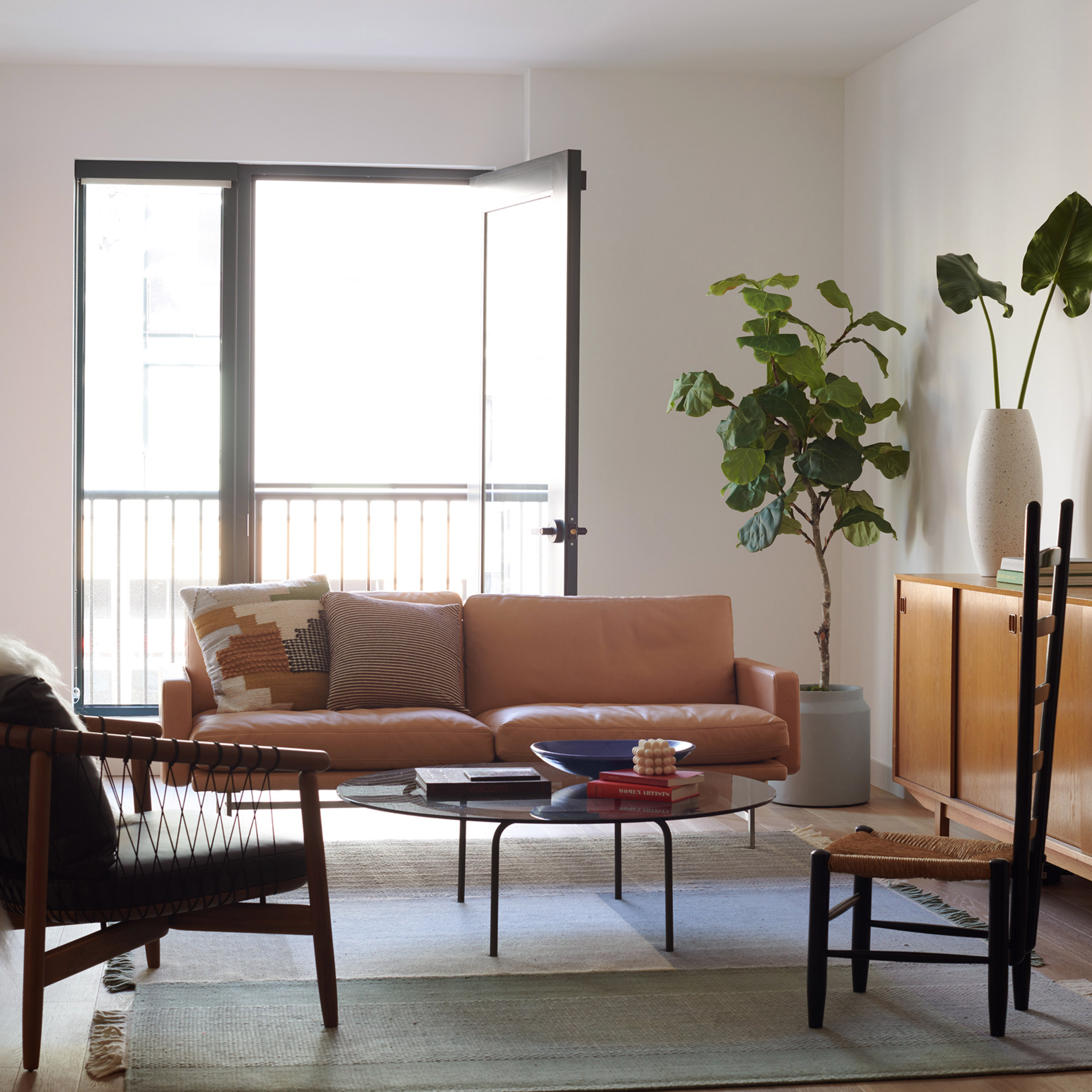 Commune – which has an extensive portfolio of hospitality projects, including the Ace Hotels in Downtown LA, Palm Springs and Chicago – took a “boutique hospitality approach” towards the interior design and public spaces. It also drew influences from Brooklyn’s Williamsburg neighbourhood, rather than focusing exclusively on the character of West Hollywood (WeHo). 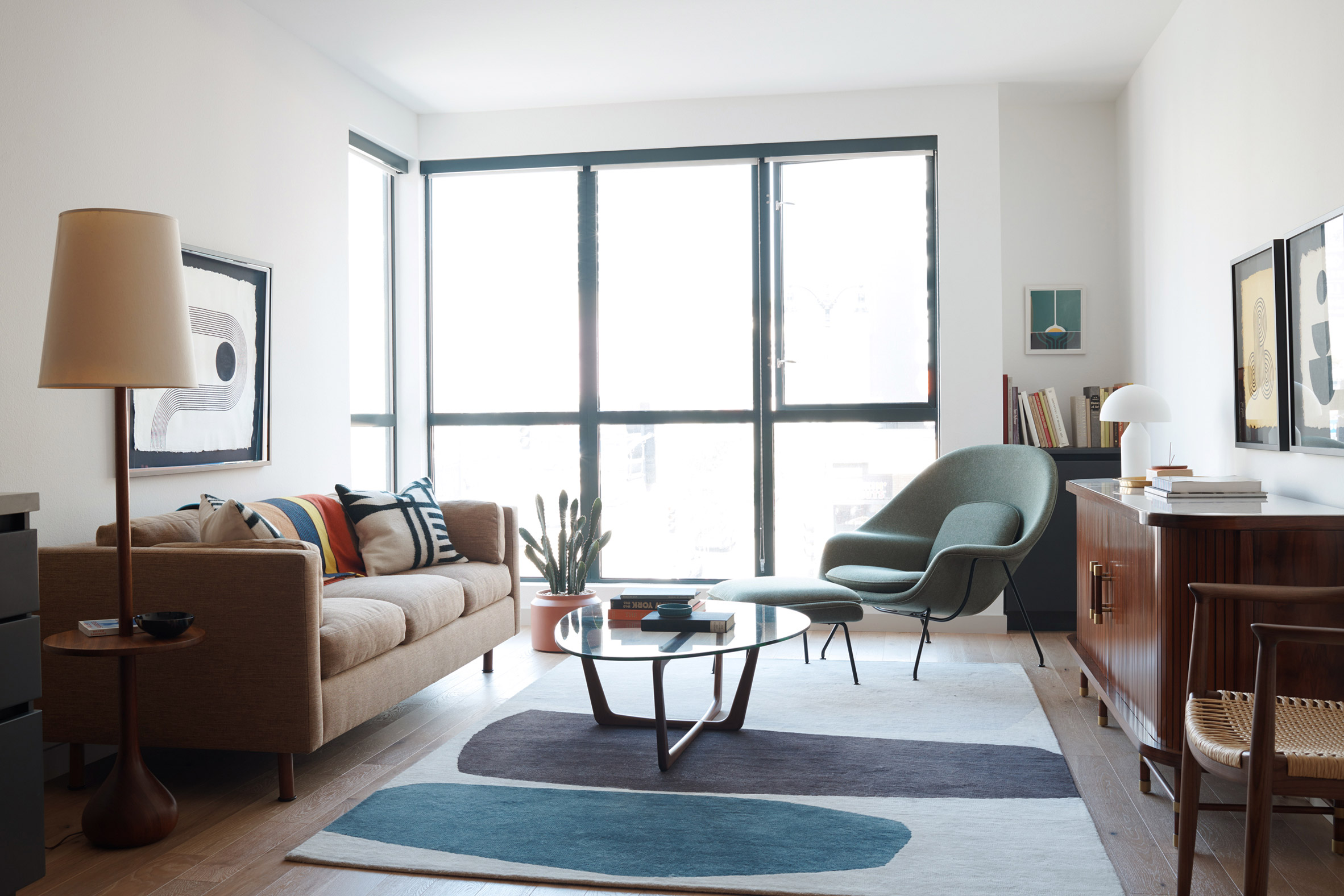 “Commune, known for hotel projects that combine comfort and cool, has infused this new residential development in central Hollywood with its hospitality sensibility – creating a fresh and vibrant take on urban rental living with a vibe that’s decidedly more Williamsburg than WeHo,” the team said. 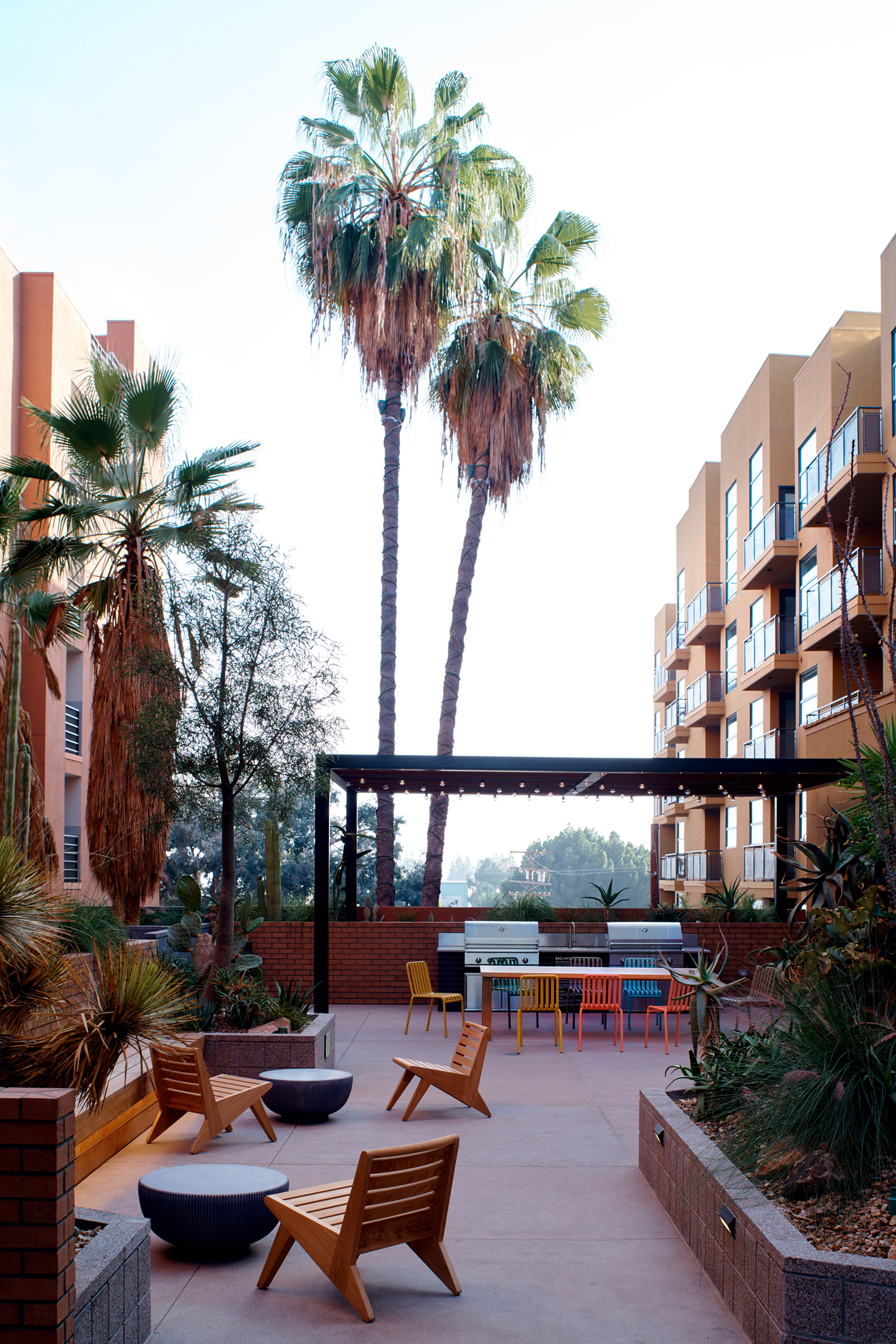 El Centro contains a total of 507 units. There are a range of apartment types and layouts, from studios and standard one- and two-bedroom apartments to lofts and penthouses. The complex also offers ground-level “bungalows” that are situated along the courtyards and swimming pool. 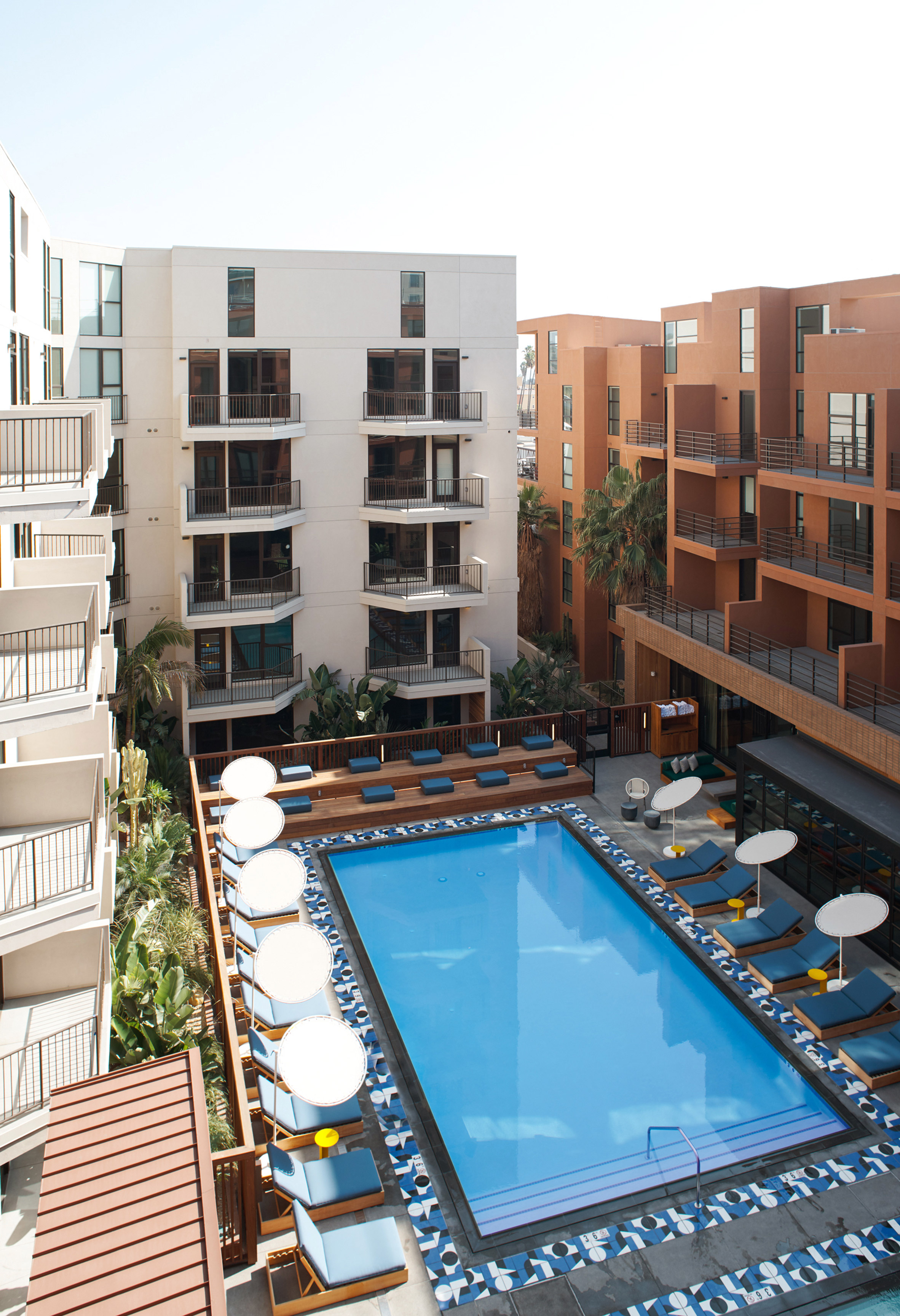 The apartments feature large windows, high ceilings, walk-in closets and oak flooring. Digital Nest thermostats allow tenants to control the cooling and heating of their unit via their smartphones. 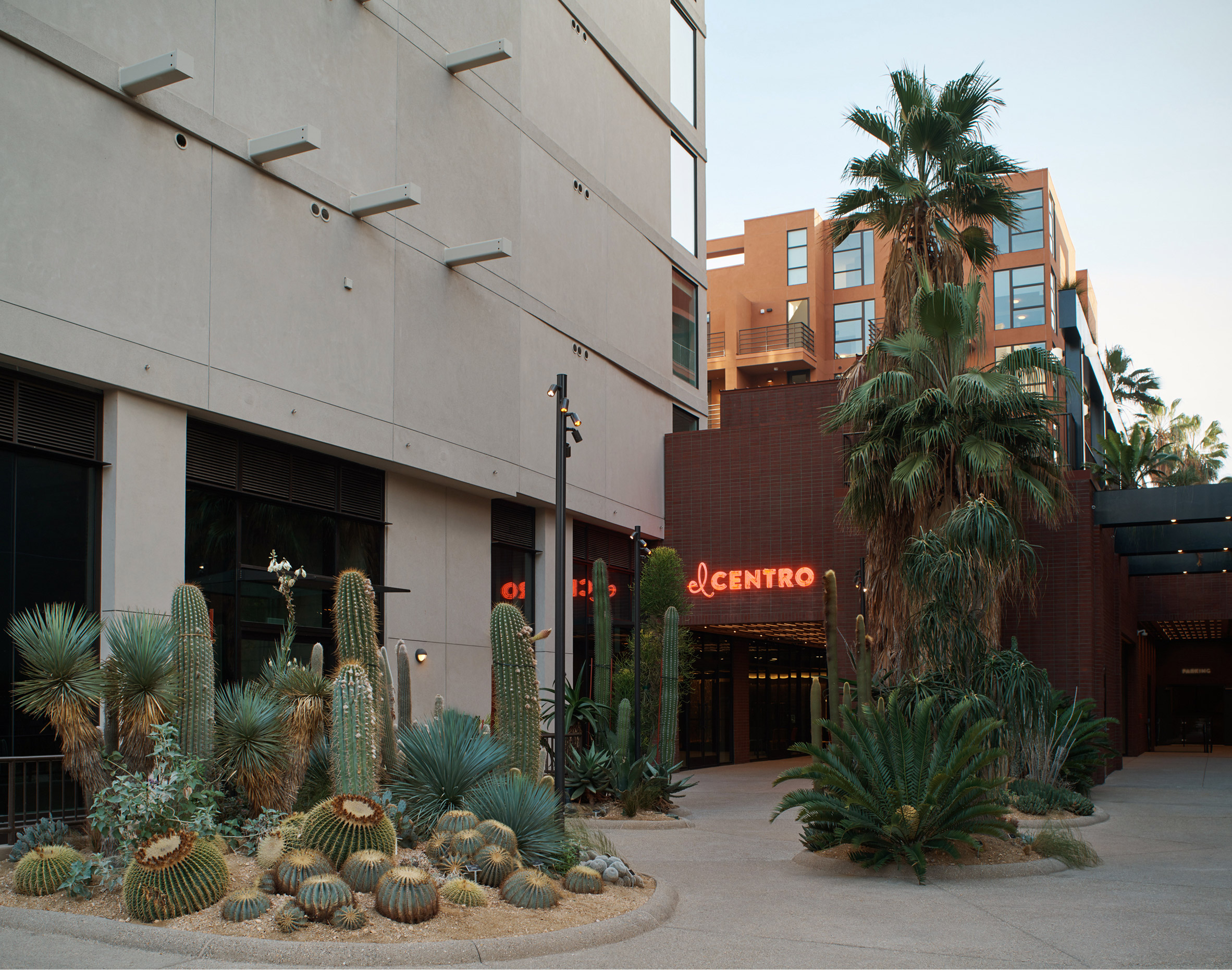 Many of the units come with balconies or terraces that offer views of the city. The bungalows have verandas with cedar accents and custom seating.

In addition to the swimming pool, El Centro offers a range of “resort-style amenities”, including a children’s playroom, a co-working space, a dog run, and a sun room with a chef’s catering kitchen. There also is a fitness centre with large lockers, along with a yoga studio and sauna. 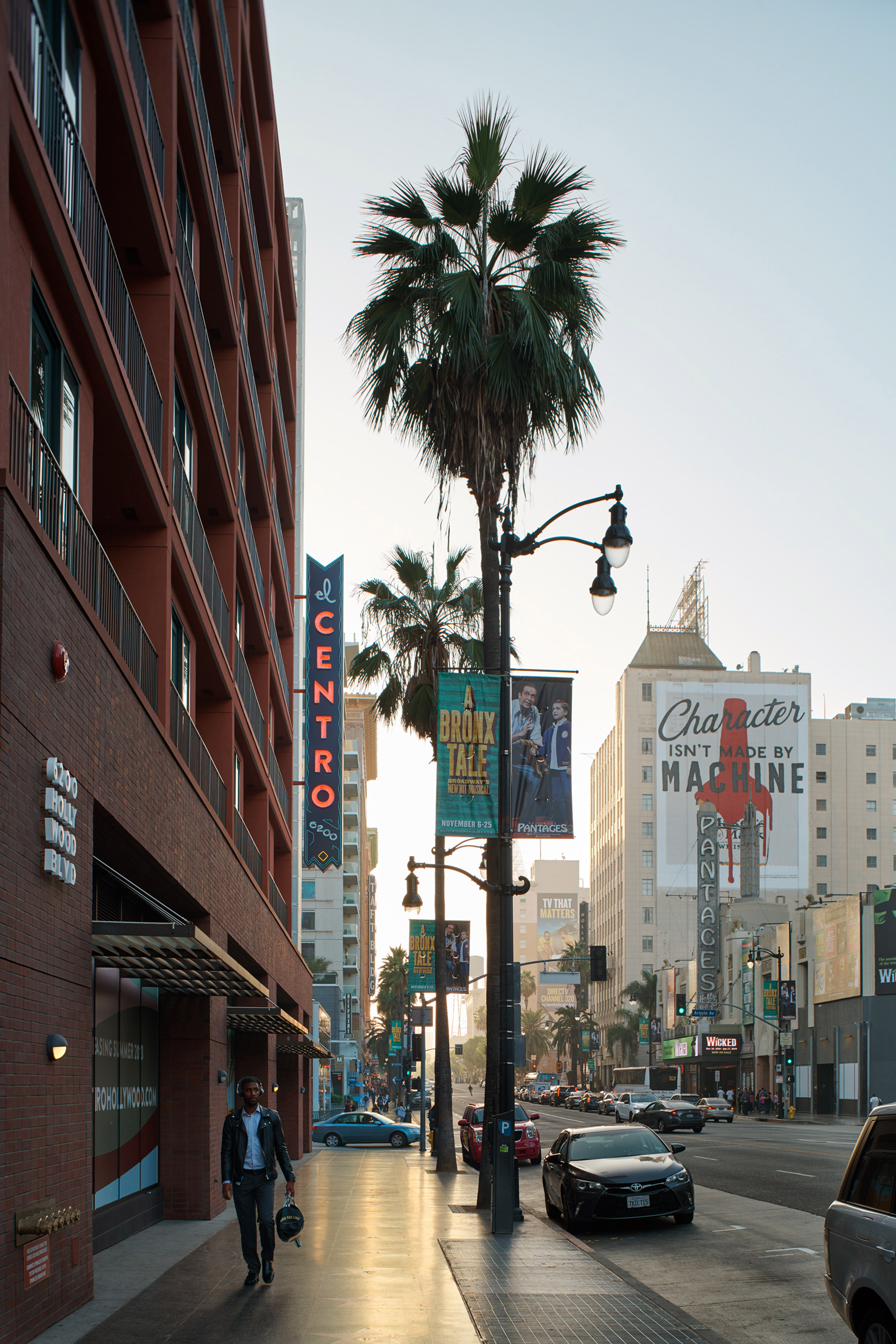 Events at the complex are conceived by an in-house team of hospitality veterans from The Standard hotels and other properties.