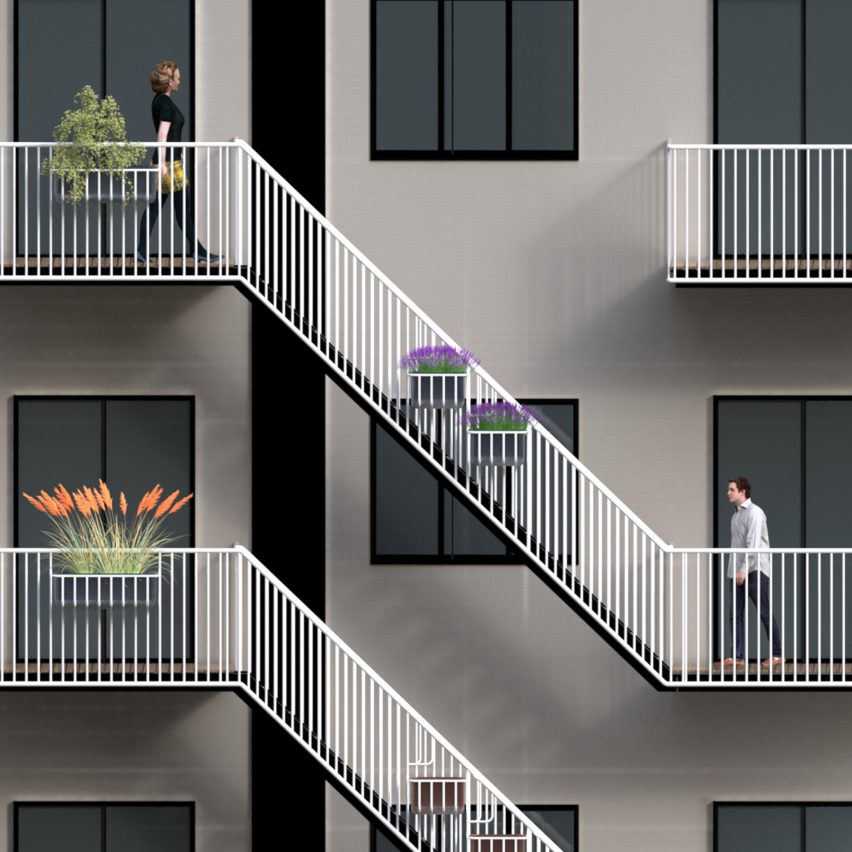 The next instalment of our Dezeen x MINI Living series features a concept for a modular balcony system designed to encourage good relations between neighbours.

The concept consists of a pair of modular components that connect pre-existing balconies, creating shared spaces between neighbours for communal activity.

The system also comes with planters that can be attached to the railings of the staircases and bridges.

“Planters can be incorporated to make the building come alive, and to spark interaction between residents,” Van Capelleveen said.

“This living concept places itself between co-housing and a private way of living,” he said. “It offers a more delicate way of implementing social cohesion for the masses.”

The designer told Dezeen that he was interested in balconies as a vehicle for innovation within the living space.

“Balconies caught my eye because even when the weather is good, they’re rarely used for anything other than hanging laundry,” he said.

“This made me think about how they could be used to tackle the issue of social isolation in cities.”

“We have to explore how we can live alongside each other, and not just next to each other,” Van Capelleveen stated.

“My design creates a space to make connections and minimises social boundaries by connecting the apartments. The added space is intended to create a sense of belonging in a small community.”

This movie is part of Dezeen x MINI Living Initiative, a collaboration with MINI Living exploring how architecture and design can contribute to a brighter urban future through a series of videos and talks.