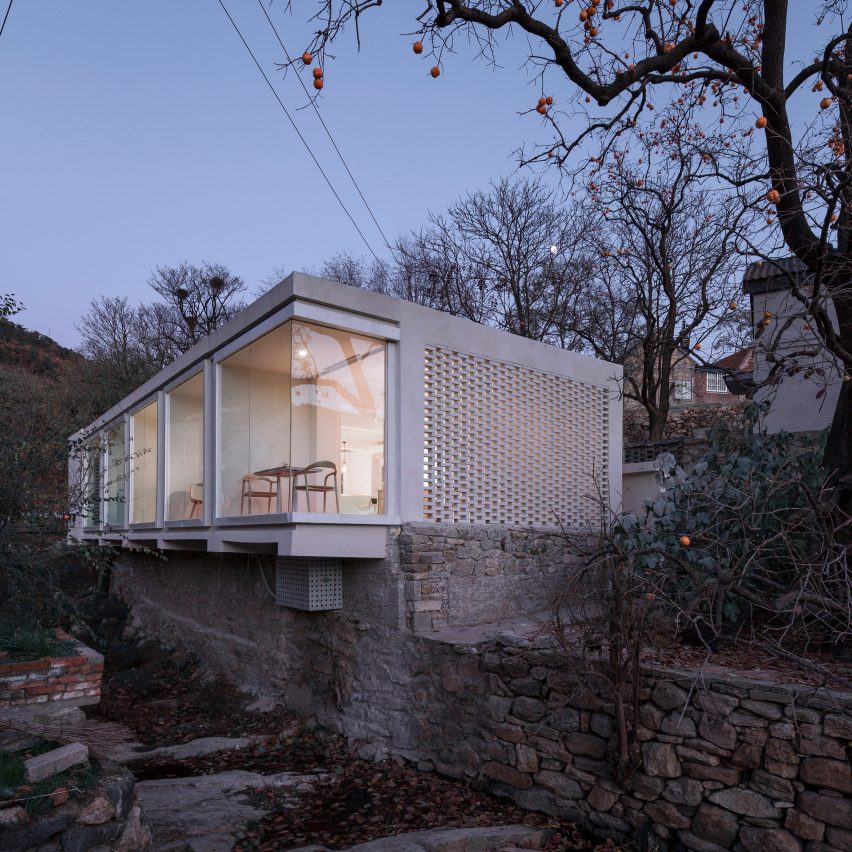 Mica-Bar by 3andwich Design occupies a concrete volume poking out over a river running through the village of Wangjiatuan in China.

Chinese studio 3andwich Design extended a former house in the village to create the bar, which lights up at night to create a glowing pattern through the windows and behind the tile screens.

This extension cantilevers slightly above the stream below, facing the buildings opposite with a run of full-height windows behind which sits a run of seating for customers.

“The four newly formed windows form a dramatic relationship of ‘seen and being seen’ with the traditional folk houses facing each other across the river,” said the architecture studio. 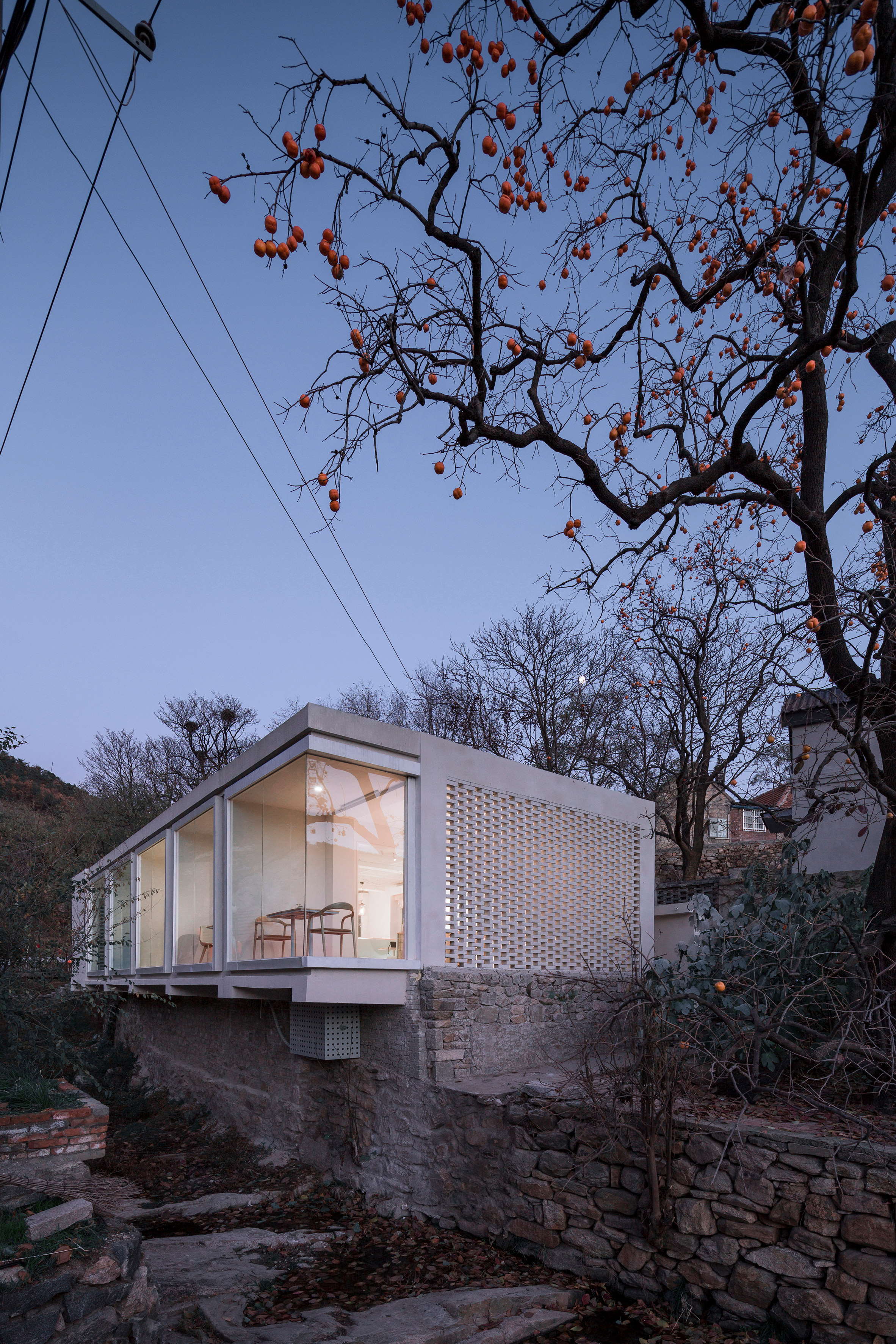 At the east and west ends of the bar, perforated tile screens bring more privacy to the inner area, casting interesting patterns of shadows.

Located at the entrance to the village, the Mica-Bar sits on the existing stone base. A modern concrete extension to the floor above marks a clear departure from the traditional style of the village’s buildings. 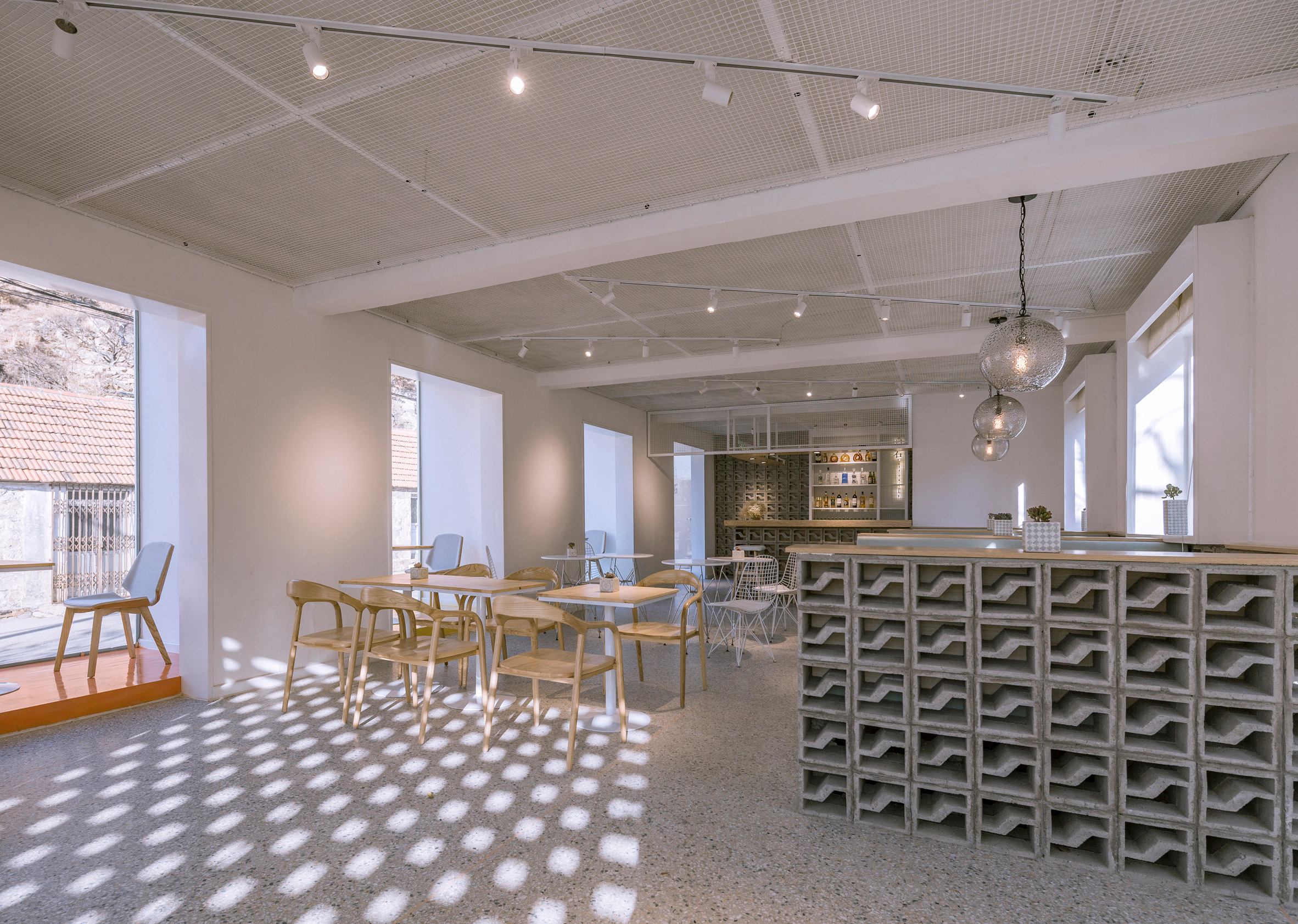 “The Mica-Bar marks a line at the entrance of the village,” said the architecture studio, “ensuring the smooth dialogue and coexistence between new buildings and old buildings.”

Originally, the home was designed with a flat roof, only for a pitched roof to be added later to create an appearance more in keeping with the village.

3andwich Design‘s project removed the roof again, stripping the building back to what the practice called its “real architectural essence”. 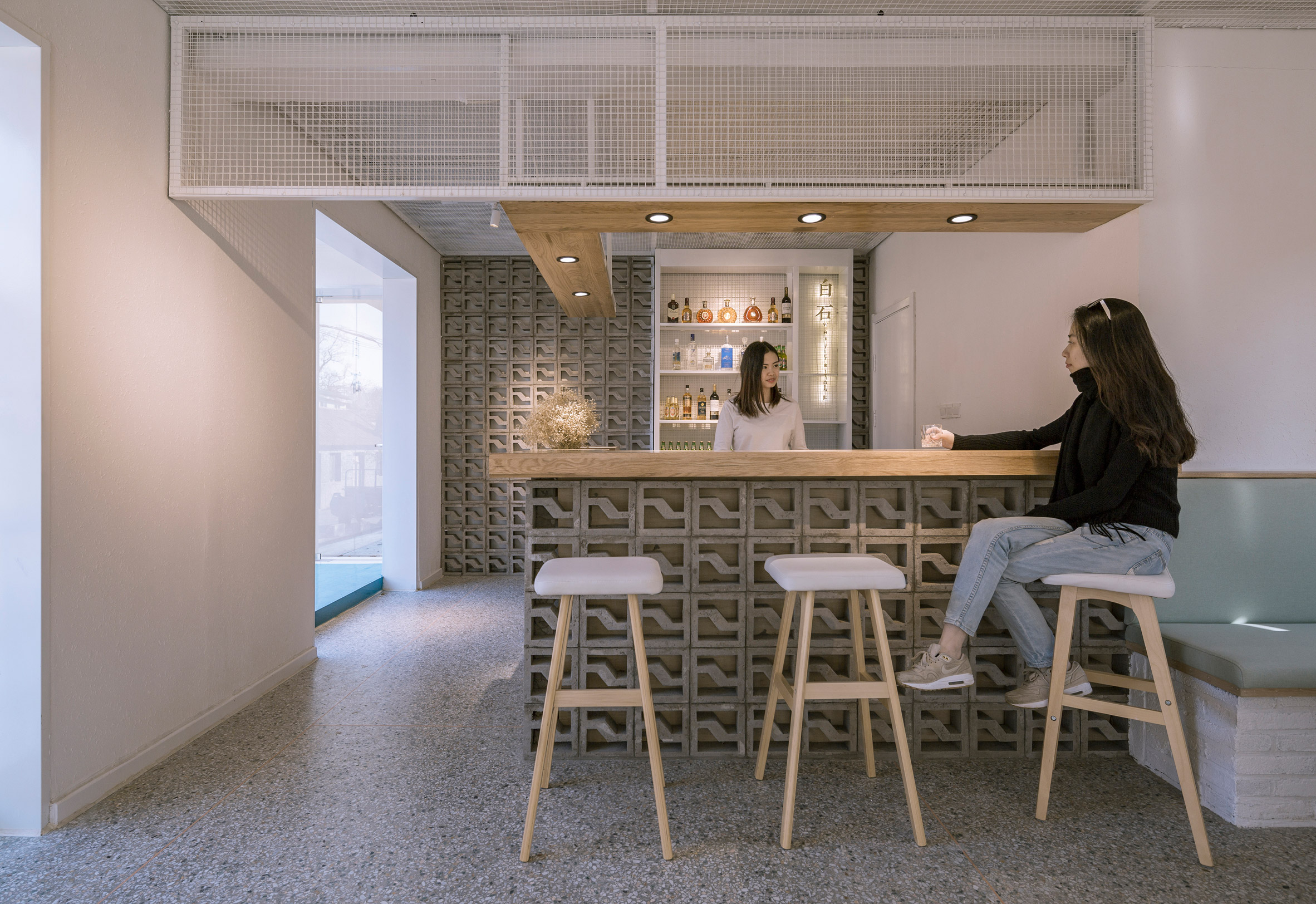 Internally, floors have been finished in terazzo, ceilings in white steel mesh and walls with white plaster, creating what the studio describe as a “plain and slightly corse atmosphere.”

At night, lighting effects such as a particular colour for each of the four window booths turns the small bar into a beacon at the village’s entrance. 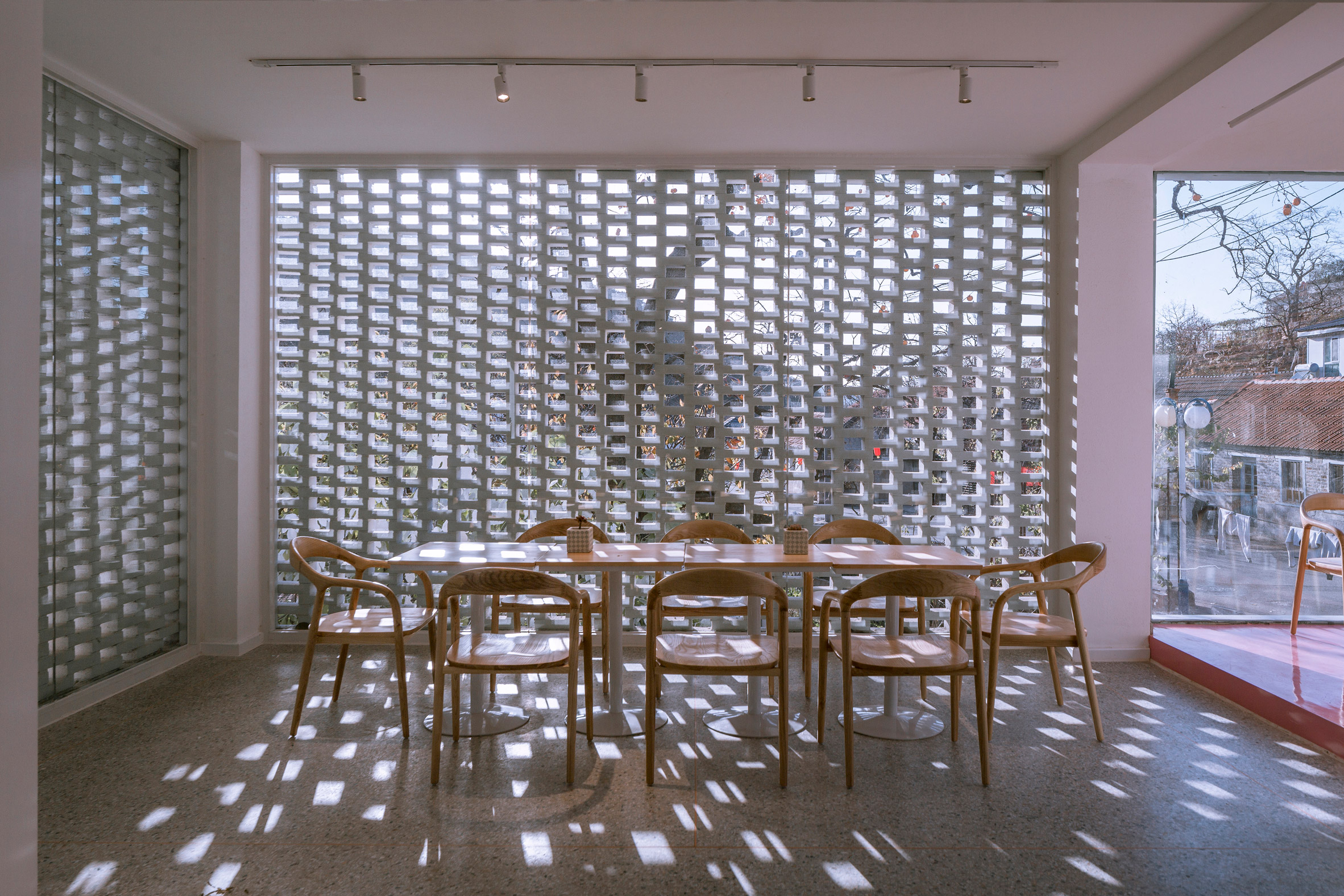 Against the traditional architecture of the village, the 3andwich Design see the new bar as a sign of change. “People can finally not have to rush back to the city to look for food, and can finally have a glass of beer and enjoy the sunset over Likou mountian,” said the studio.

Mica-Bar was built in response to an increasing interest in the area by tourists. The village, in Shandong Provence, is close to the Likou Mountain National Forest Park.

3andwich Design has also built a tourist centre that sits above a limestone canyon in Anlong County, Guizhou Provence.

Photography is by Jin Weiqi.

The post Concrete bar by 3andwich Design cantilevers over a river in China appeared first on Dezeen.