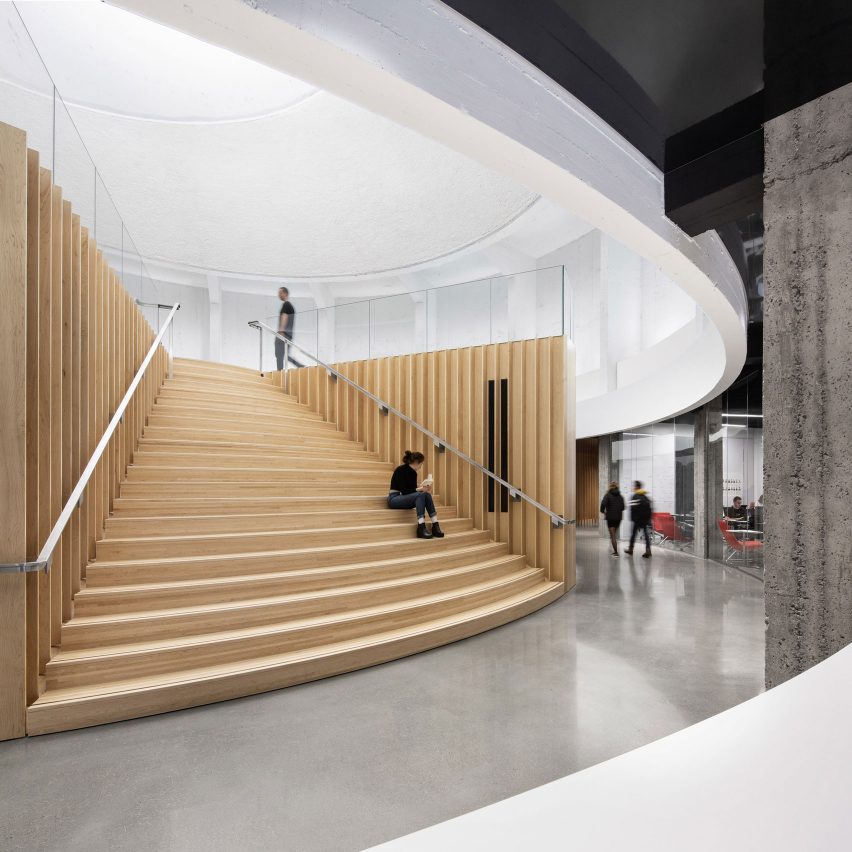 Canadian firm Menkès Shooner Dagenais LeTourneux Architectes has rehabilitated a planetarium in Montreal into an incubator for entrepreneurship and technology, and retaining its viewing area. 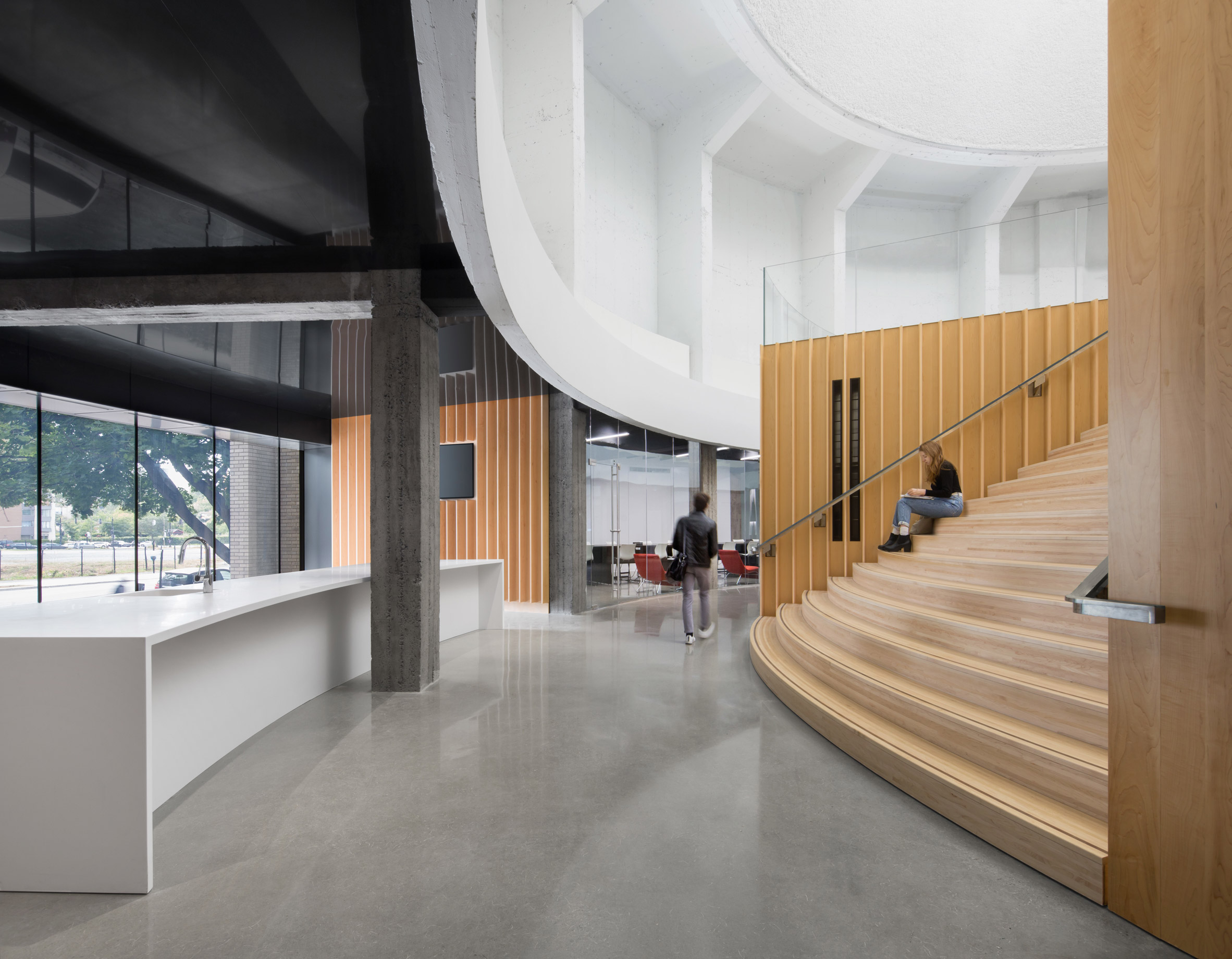 The Dow Planetarium in Montreal was converted into a building for Centech, a non-profit incubator to support technology and entrepreneurship. The structure was built 45 years ago, but closed in October 2011 and was left abandoned. 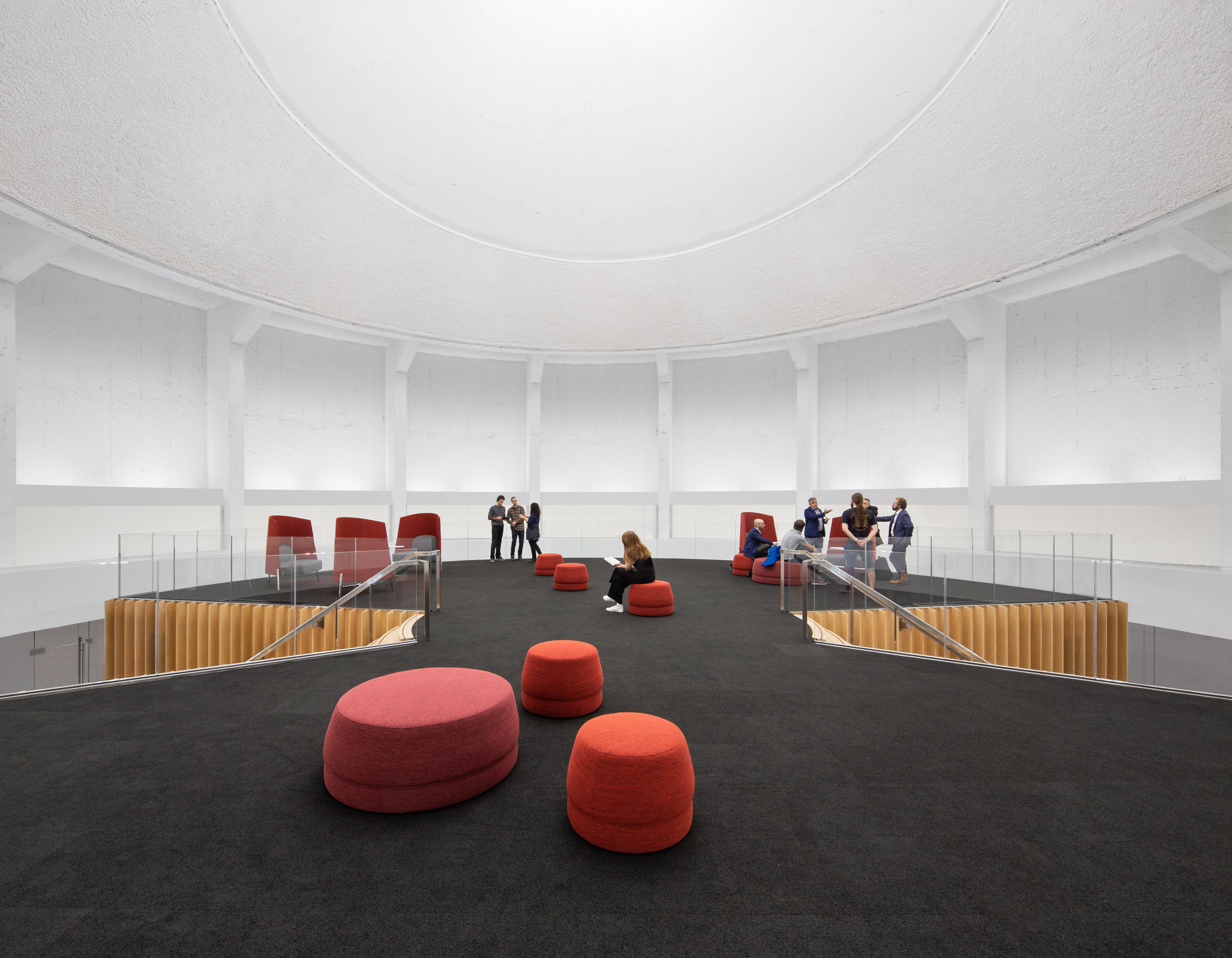 Local firm Menkès Shooner Dagenais LeTourneux Architectes overhauled the planetarium, converting it to be occupied by Centech – which was founded by the École de Technologie Supérieure (ÉTS), a branch of the Université du Québec. 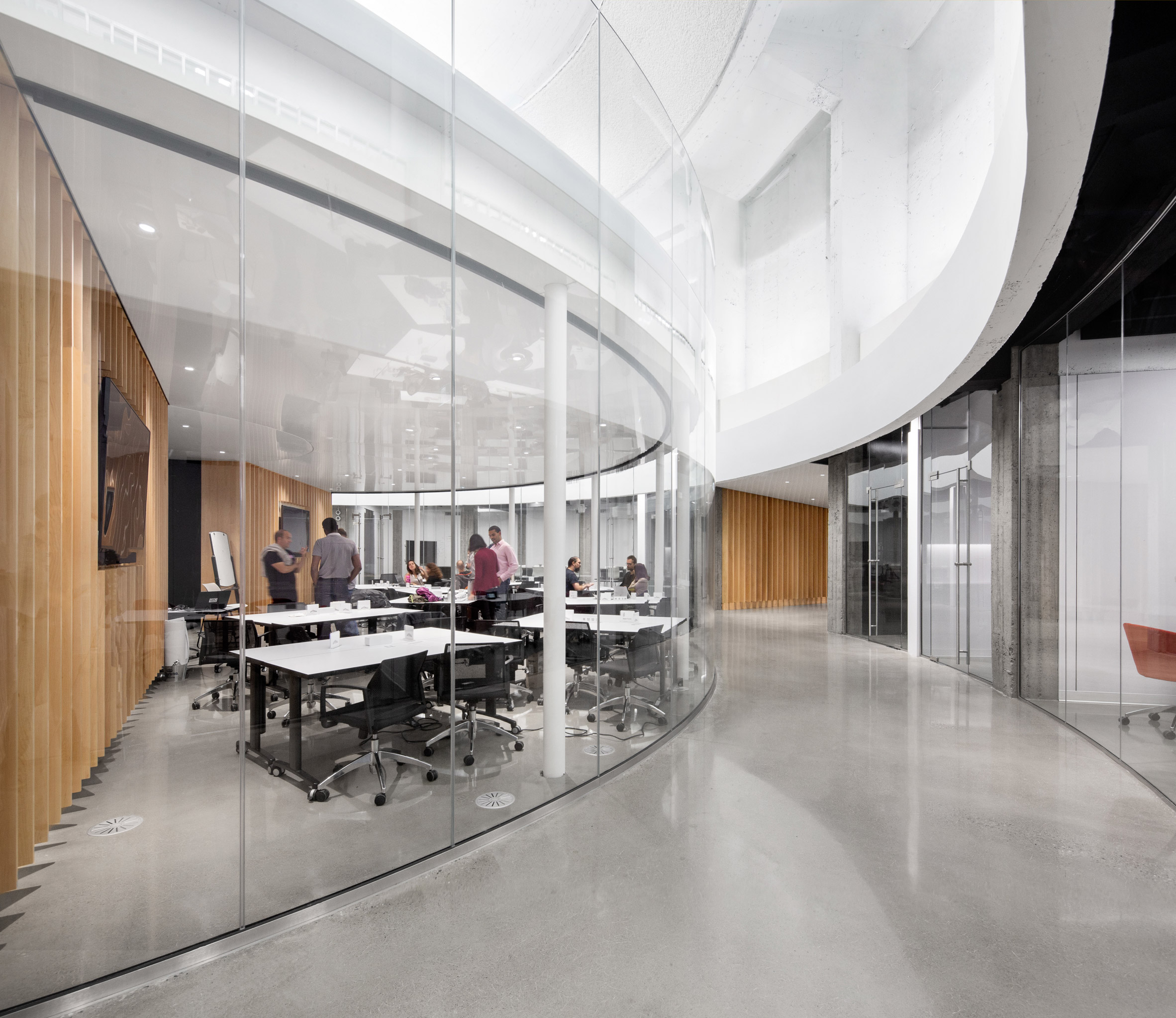 The building is located in Montreal’s Griffintown, in the Quartier de l’Innovation, and spans 2,000 square metres. It features a winged layout, with a dome at the entrance and centre of the structure.

The adaptive-reuse project involved leaving the original planetarium space intact and functional. The stark white marble slab overhead is still used as a projection screen for observing the cosmic movements of stars, planets, and other celestial objects. 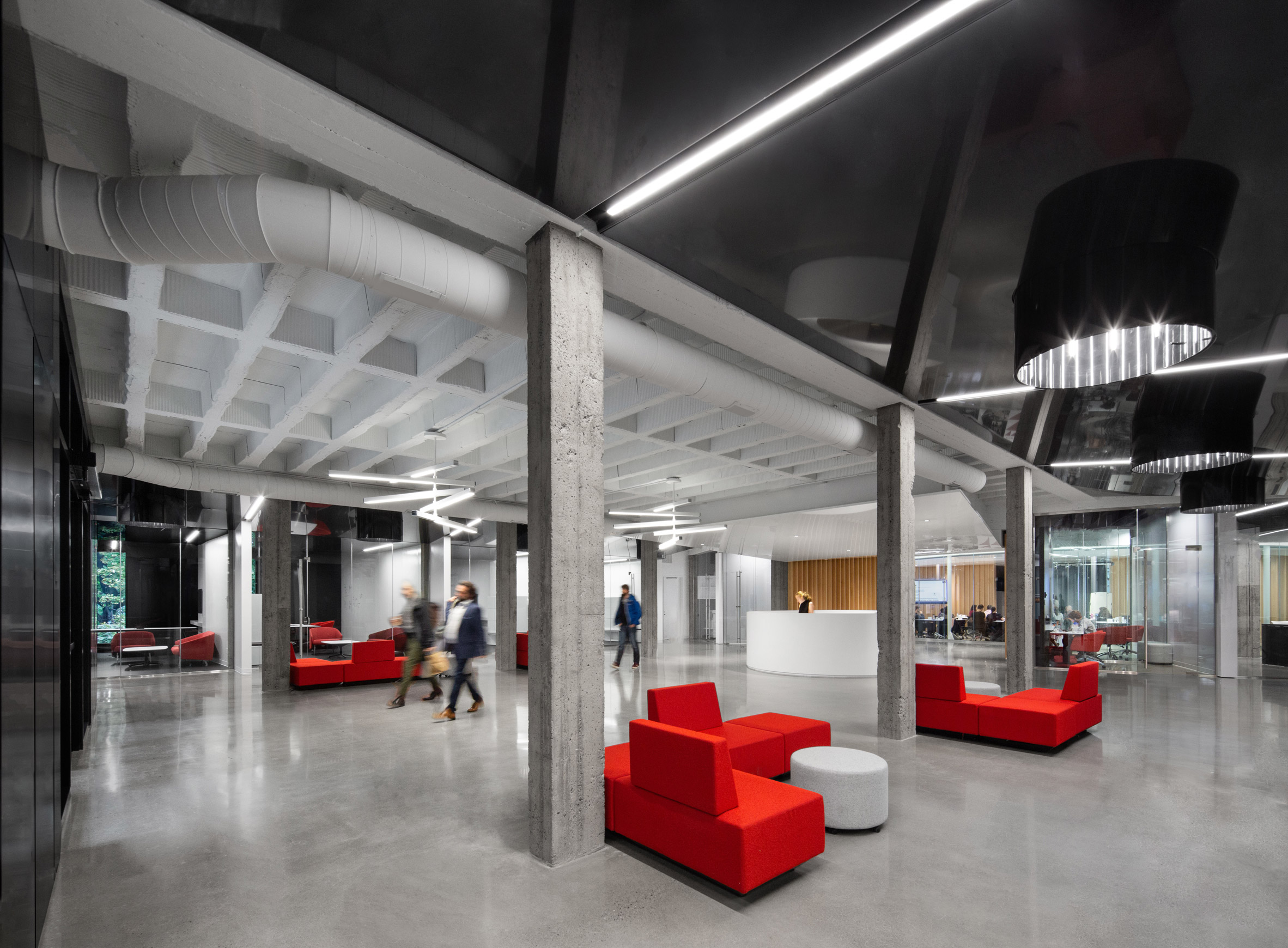 The space below the domed ceiling now features an updated lounge, with dark grey flooring and red furniture, which also serves as a meeting and work area. 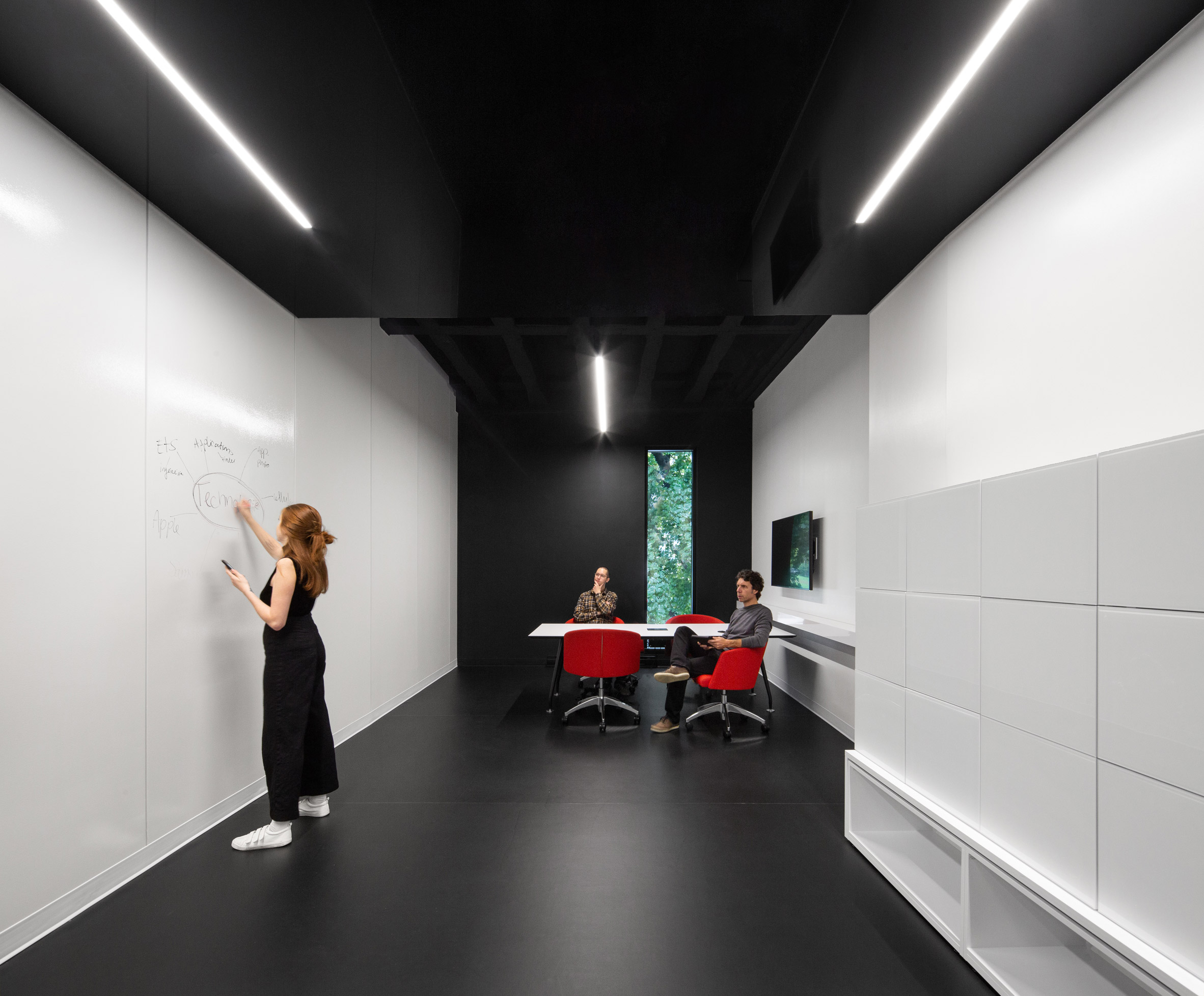 The rest of the plan is designed around the volume below – a circular structure wrapped with curved glass walls, and surrounded by a glass railing on its upper level.

A wedge cuts through either side of the cylindrical volume, creating two large wooden staircase that leads up to the viewing deck and narrow as they rise. 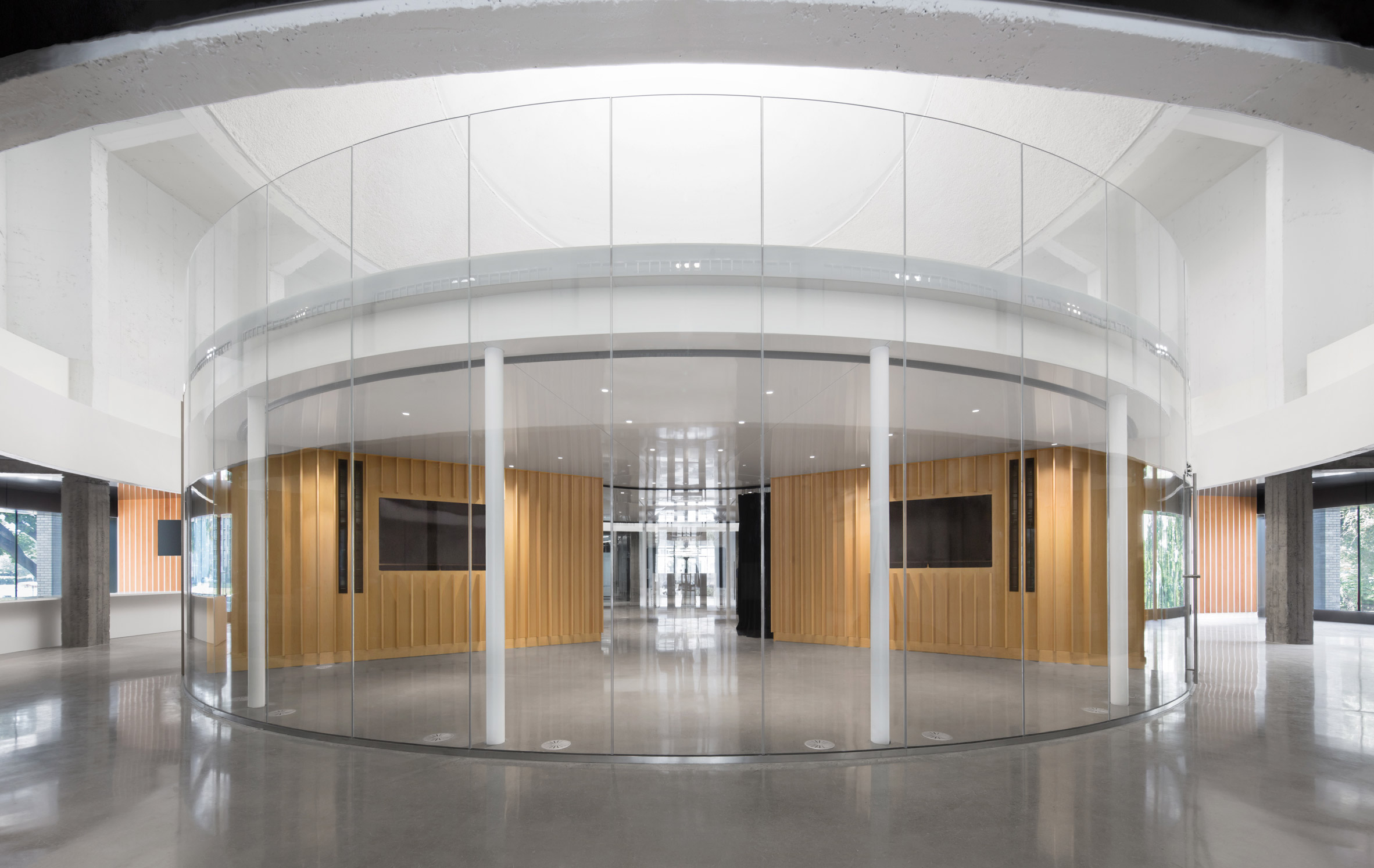 “The new vocation of the planetarium commissioned the typology of spaces: spaces to encourage encounters, collaboration and reflection linked to tools and advanced technologies, spaces of social diversity and exchange platforms for sharing knowledge,” said a project description. 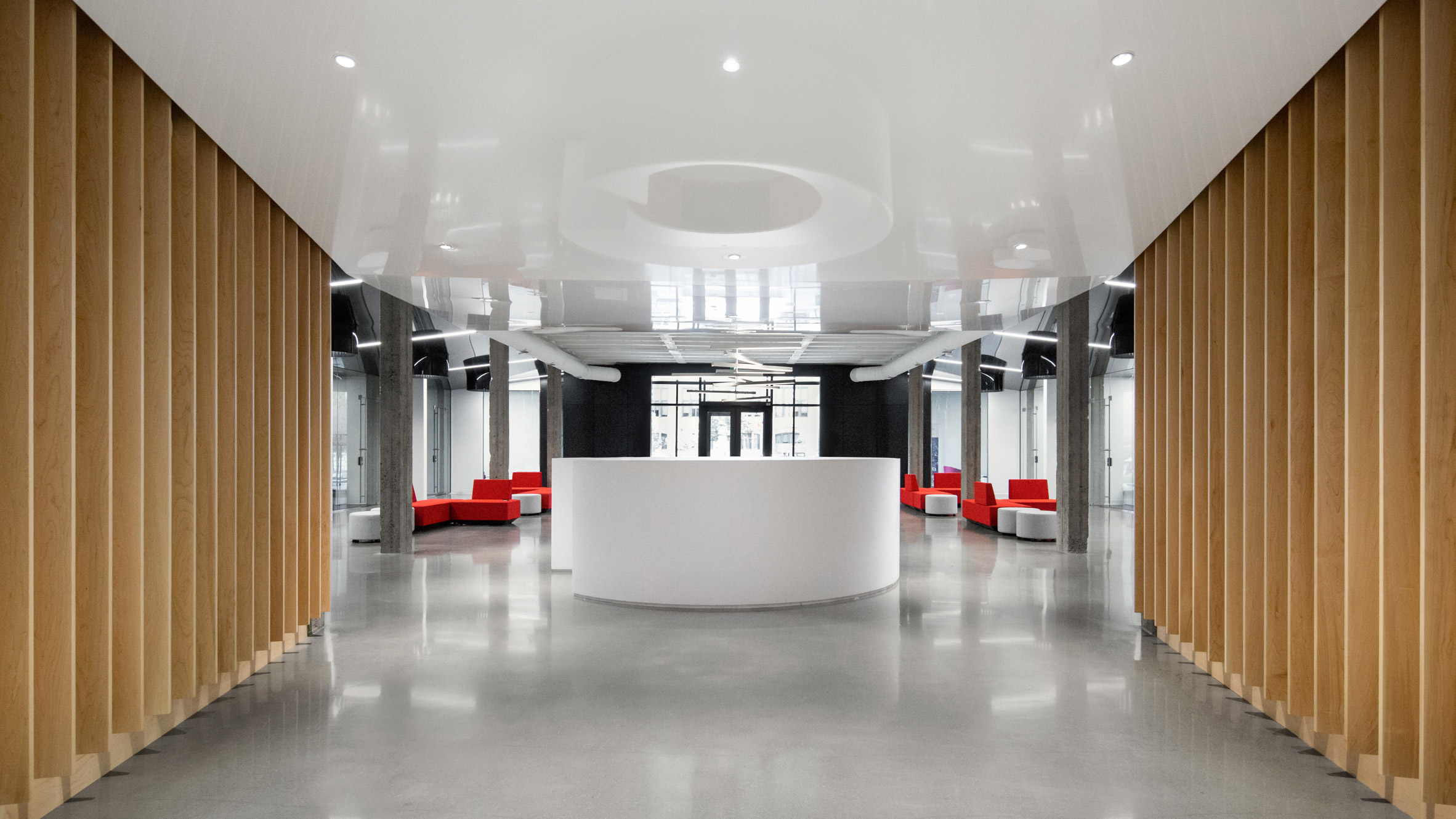 The centre of the building is accessible on all sides, with a circulation path leading to glass-walled meeting rooms, as well as a cafe, other meeting spaces, and an ideation room.

Most of the interiors of these spaces are light and bright, with white walls and concrete floors, while black ceilings create a dramatic contrast. Structural concrete pillars and posts reveal the original construction, and are left uncovered for an industrial feel. 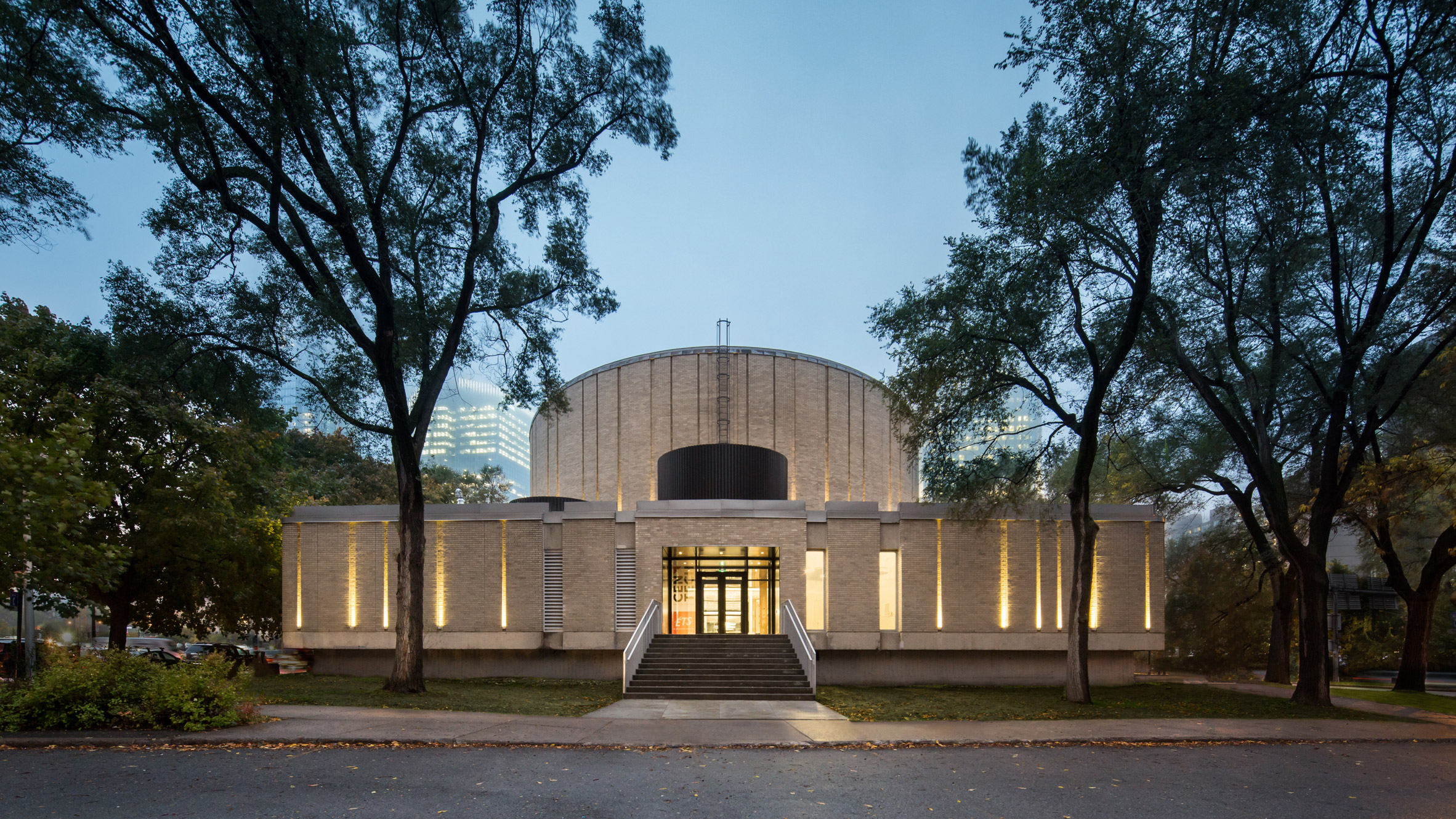 Tech incubators have sprung up in many different types of existing buildings, including a former shipyard warehouse in Brooklyn and a firehouse in Manhattan.

Photography is by Stéphane Brügger.