Didzis Jaunzems Architecture has built a circular pavilion for open-air music and lighting performances, designed to be reminiscent of an earthworm’s natural habitat. 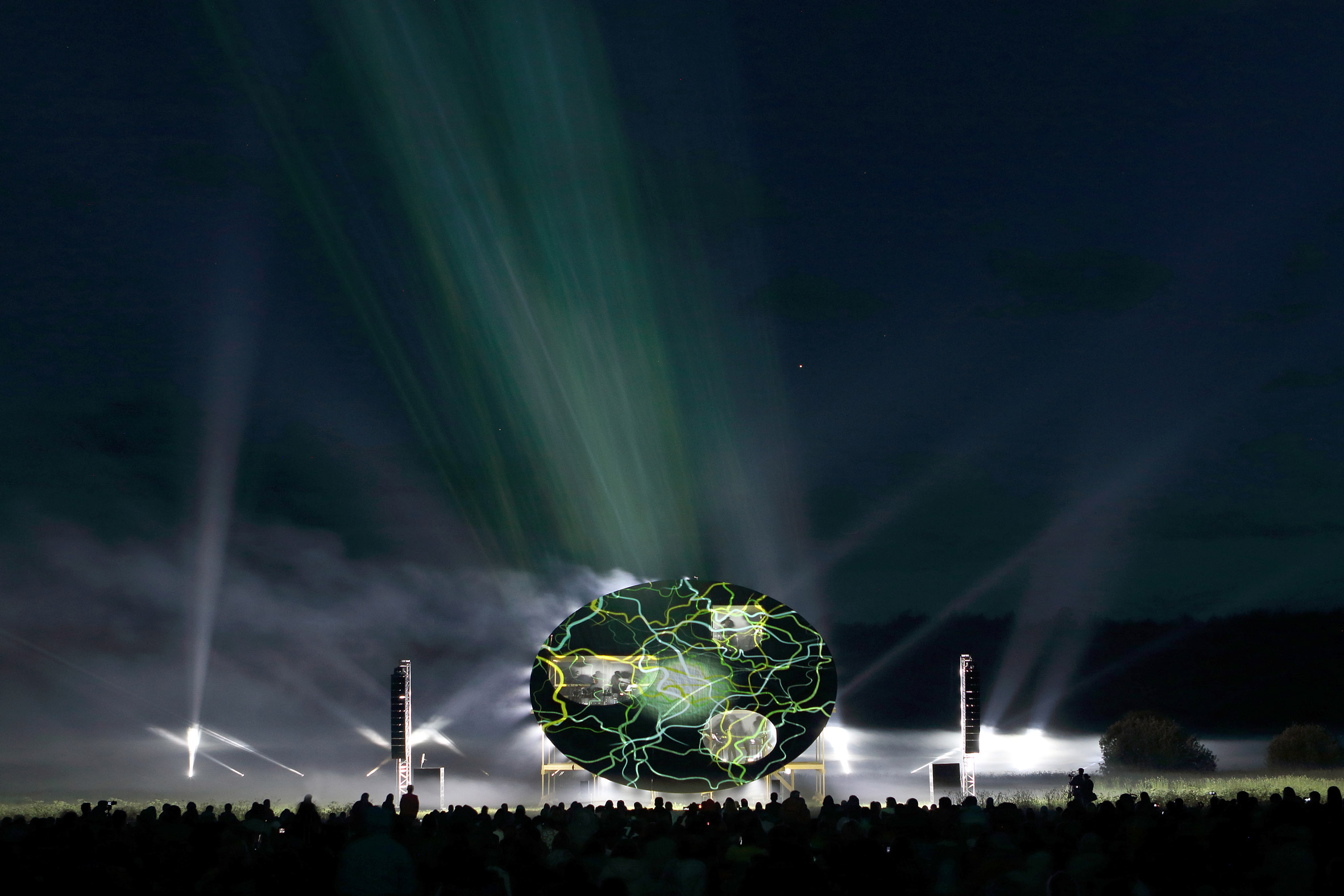 Nature Concert Hall is an interactive, educational multi-media event on nature and sustainable development held each year in a different location in Latvia. Every year is curated with a particular species as its “mascot” and Didzis Jaunzems Architecture was asked to base this year’s pavilion on the earthworm.

The architects responded with a structure designed to tell the story of the earthworm and its underground world. Three openings cut into the pavilion imitate worm-holes, while the sinuous patterning on the dark background reflects the creatures in their subterranean habitat. 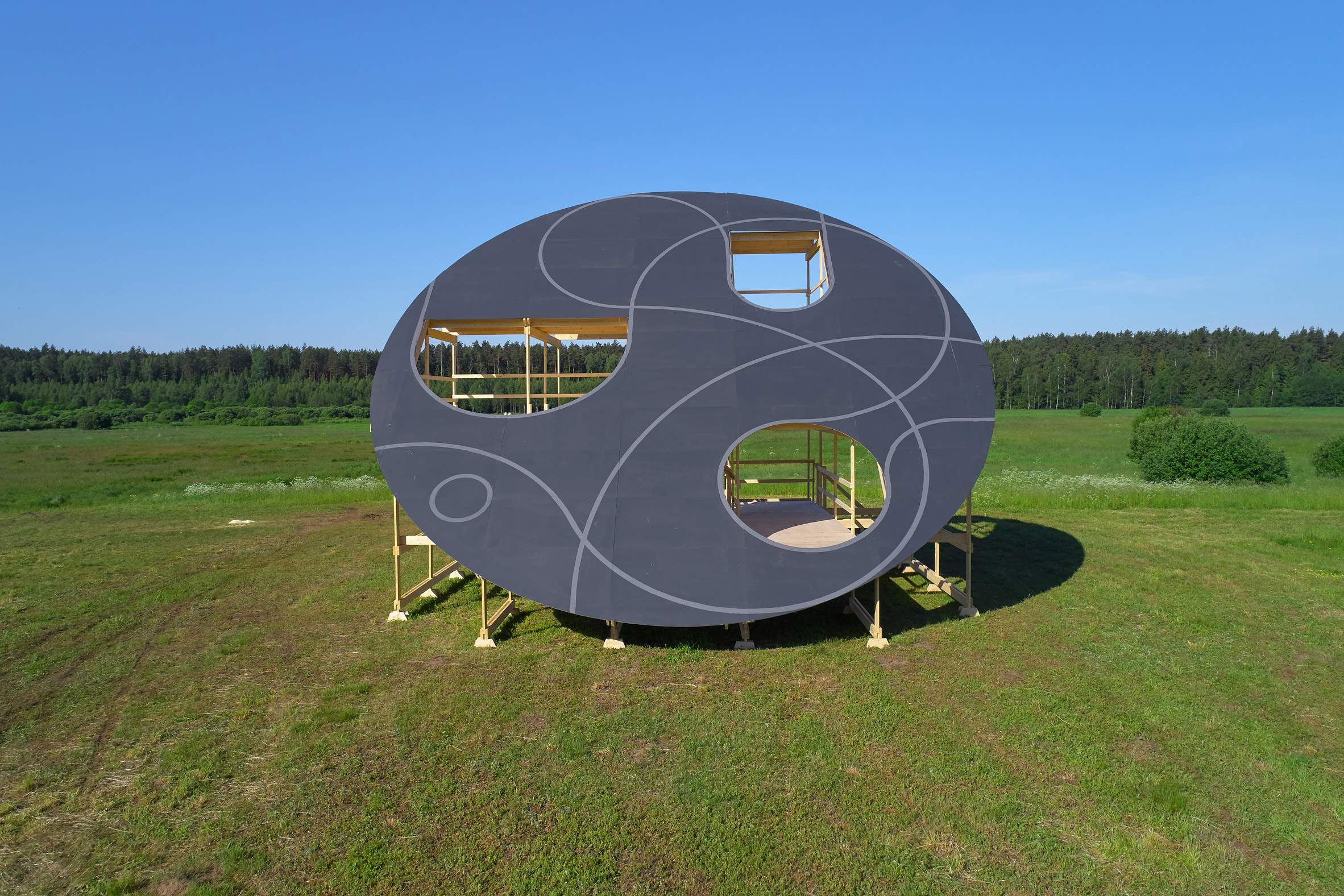 Having the largest earthworm populations in Latvia, the floodplain meadows in Dviete and Burtnieki were chosen as the two locations where the pavilion would be installed.

Its circular facade acts as a giant video projection screen for the earthworm-inspired light installations that take place during performances. 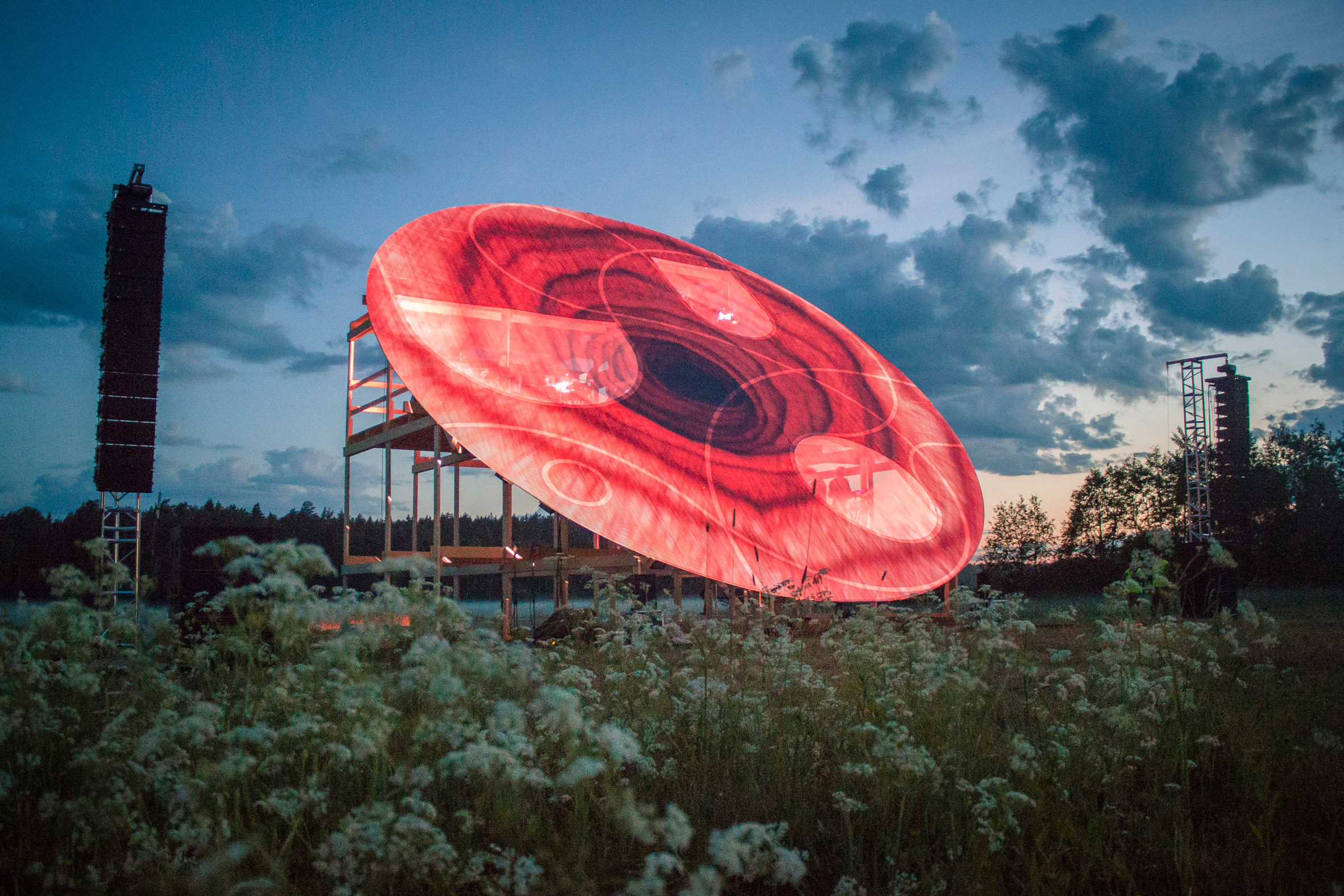 The openings are covered with a transparent mesh to serve either as extra surface space for light projections to be cast onto from the front, or to be invisible when light is projected from the back of the pavilion, making the musicians appear as dynamic silhouettes that echo worms emerging from the earth.

“The project was to make a stage/pavilion for six musicians that would be visible for an audience of approximately 10,000 people. Rather than just being a shelter and structure for light and sound equipment, the pavilion was supposed to also be a story teller,” the architects told Dezeen. 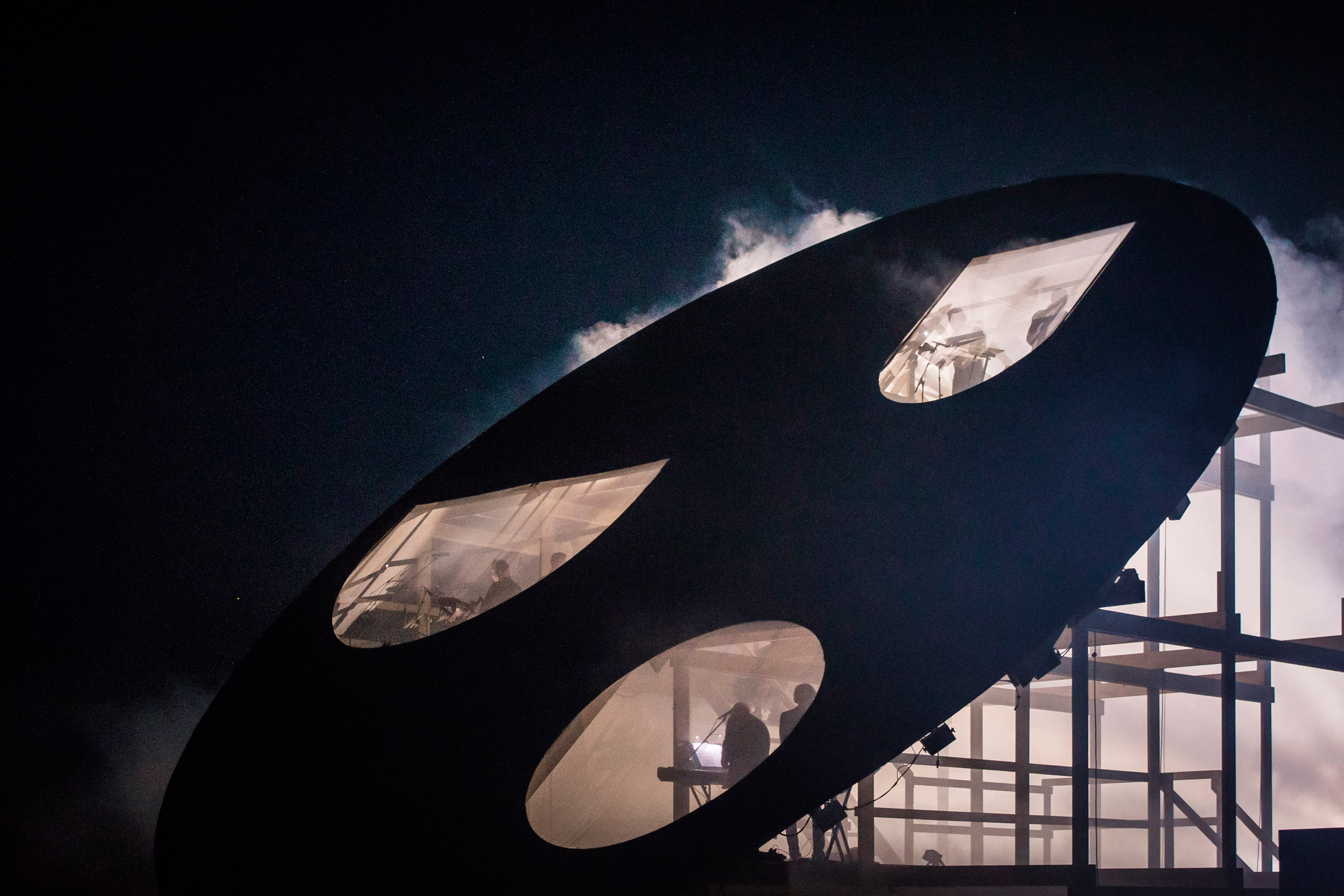 The 14-metre-diameter structure sits at a 45-degree angle on top of a gridded structure with four floors, with a set of stairs running through its centre to allow swift movement during shows.

In keeping with the eco-friendly theme, the pavilion was constructed using local Latvian materials only: the load-bearing framework was built using pine, and the circular facade and floors of the structure are made from plywood. 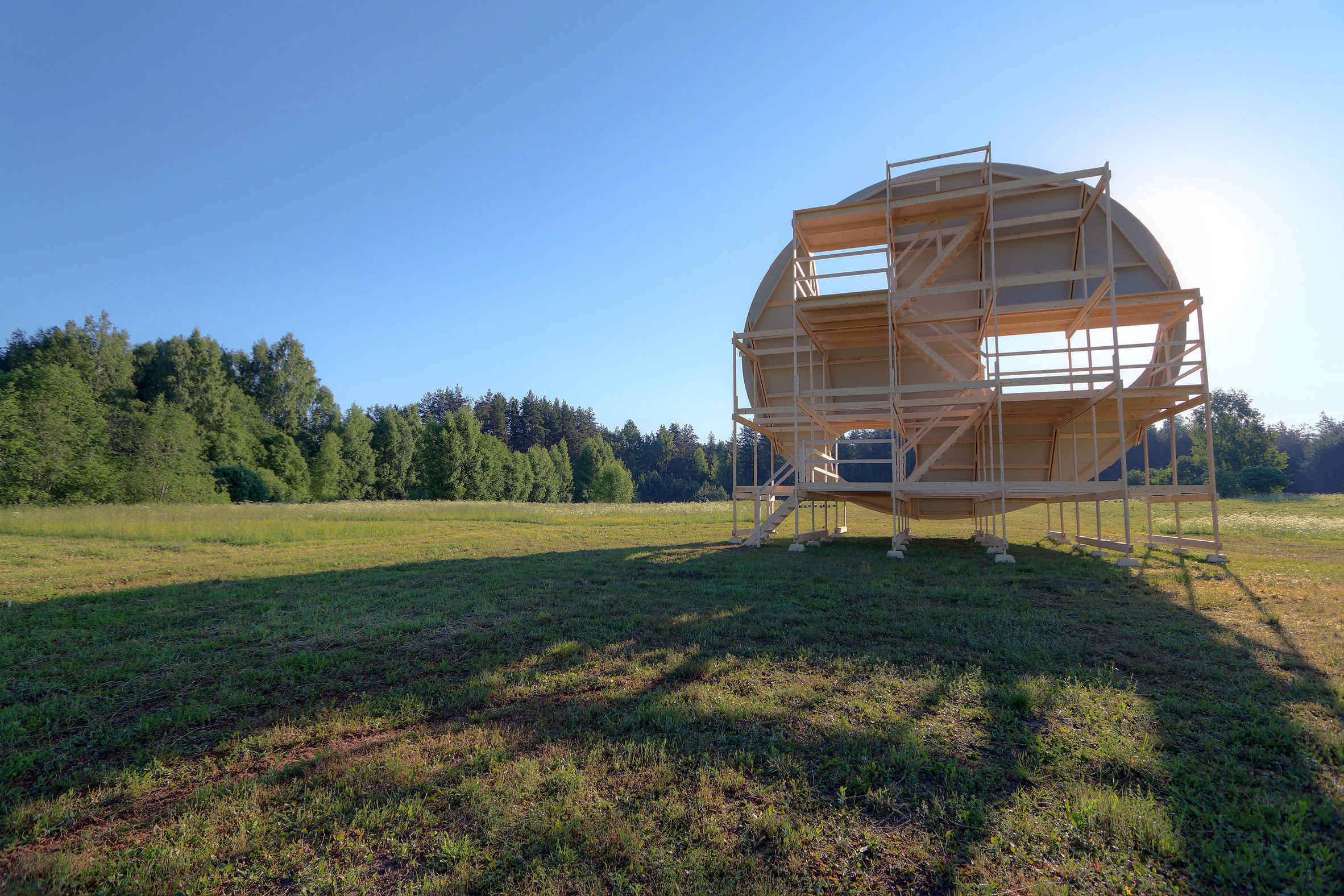 Interactive workshops are also open to visitors to teach them about the chosen species, as well as on-stage discussions between poets and scientists about the event’s theme of sustainability, and a live concert with music and light or video performances.

Aside from the workshops and performances, Nature Concert Hall also encourages visitors to interact with the environment in a more tangible way, as DJA told Dezeen: “There is something fascinating about people who attend Nature Concert Hall; there is some kind of common understanding to take away all of the garbage after event is over.” 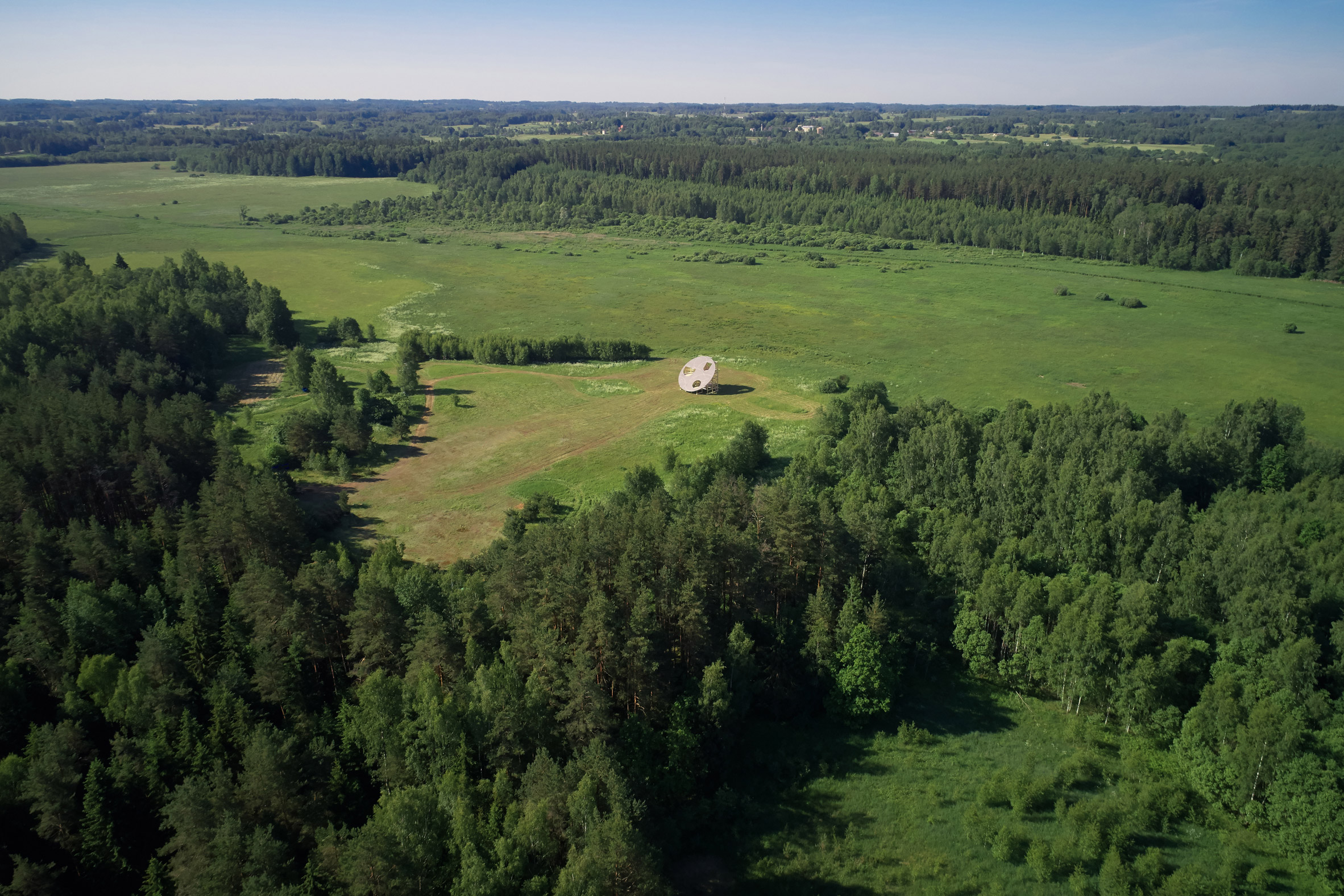 “After the event there are absolutely no marks of the event that happened at the site day before – a completely empty and clean floodplain is left, contrary to the garbage-covered fields that are left after any other traditional festival,” added the architect.

The various elements of science, visual art, music, and dramaturgy included in the festival work holistically to tell the story of the earthworm in nature, ultimately aiming to not only give visitors new knowledge about nature, but to also motivate them to take action for environmental protection. 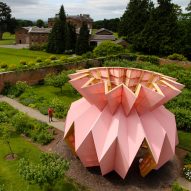