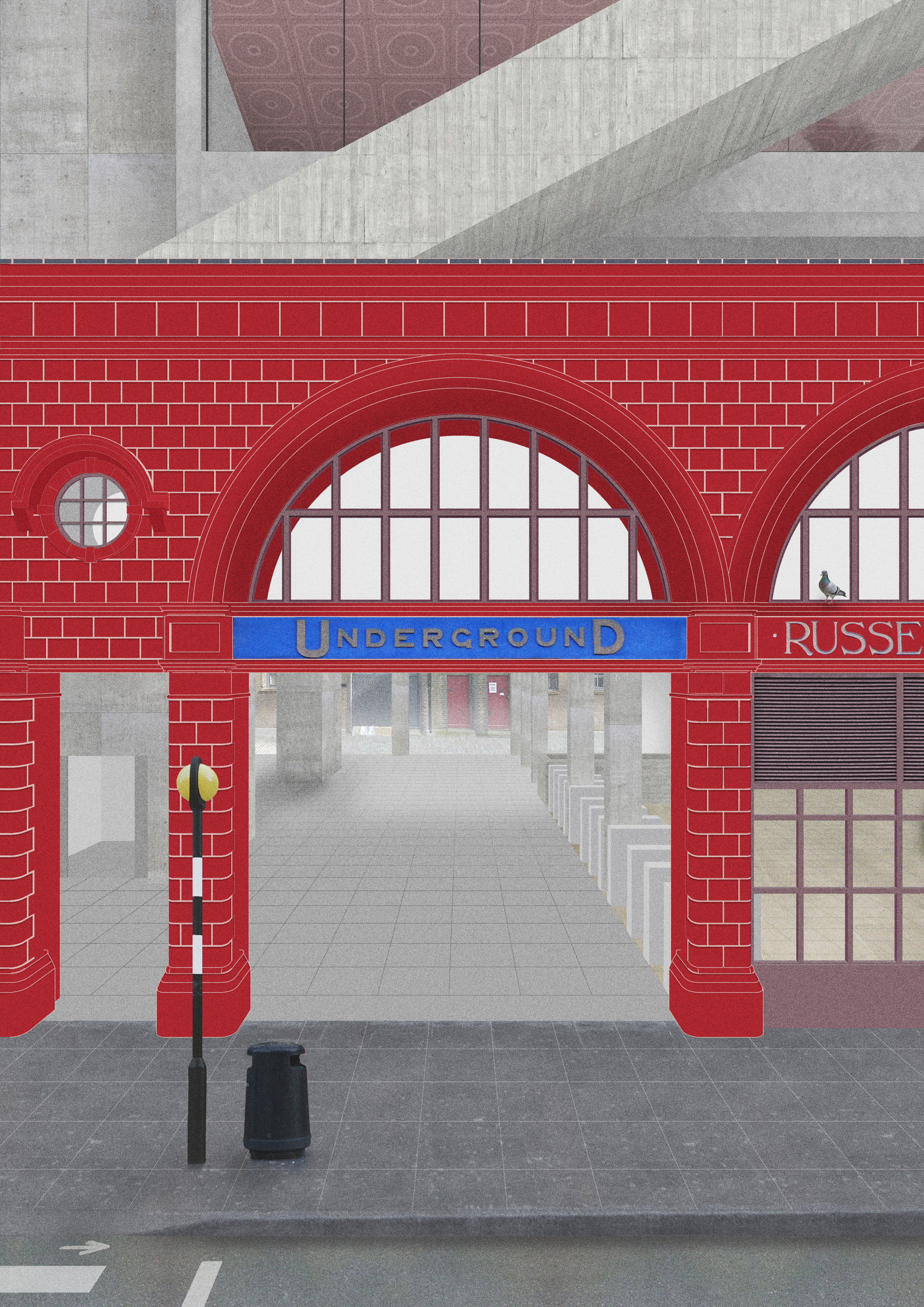 Designed for key workers and other marginalised citizens, Kutluozen proposes vertically stacking highly compacted public and domestic spaces into disused infill sites across the capital, such as the dead space above tube stations. 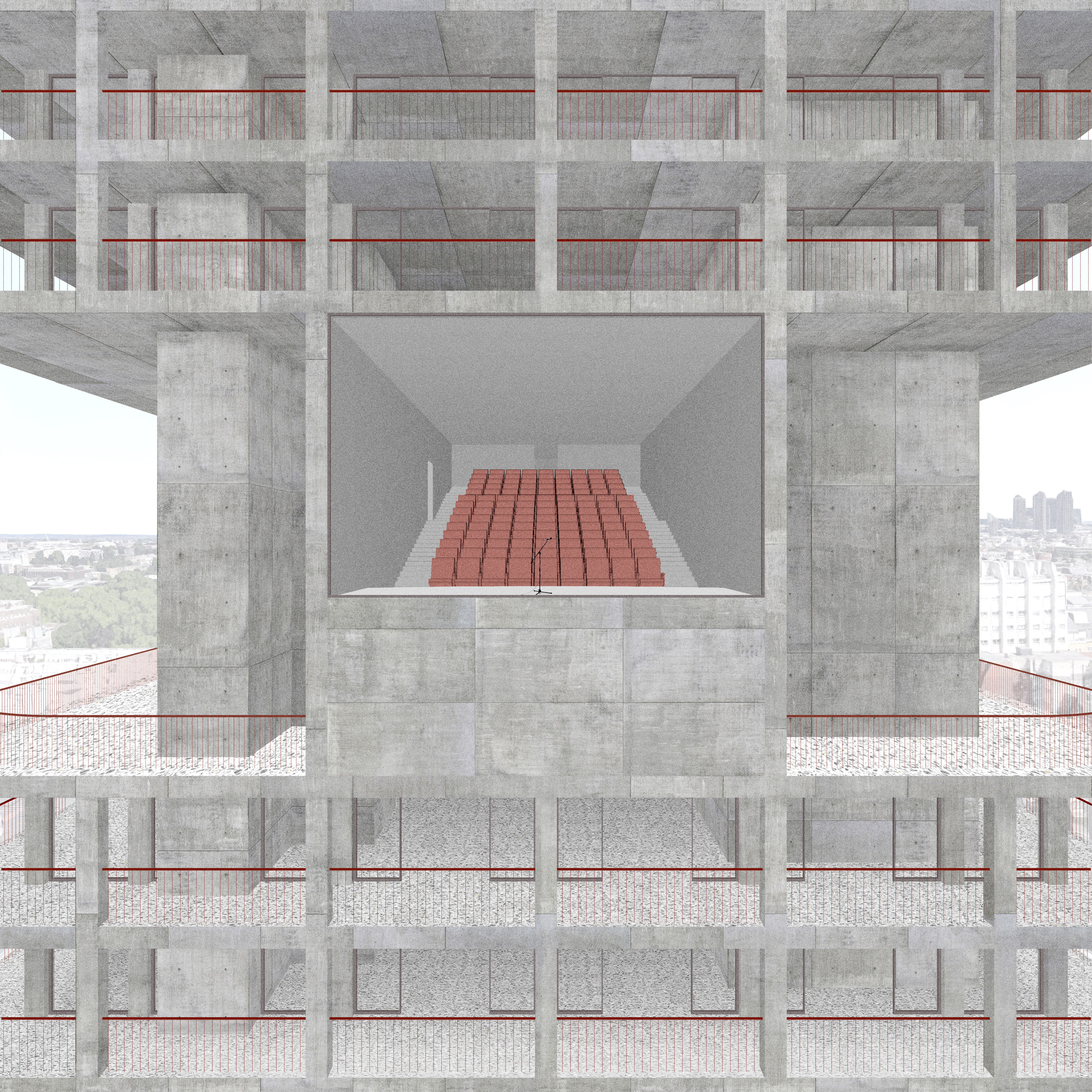 “As the housing crisis escalates in London, those who operate the city are being forced further away from the centre, a process which is resulting in a monocultural anti-city urbanism,” said Kutluozen, outlining the problem. 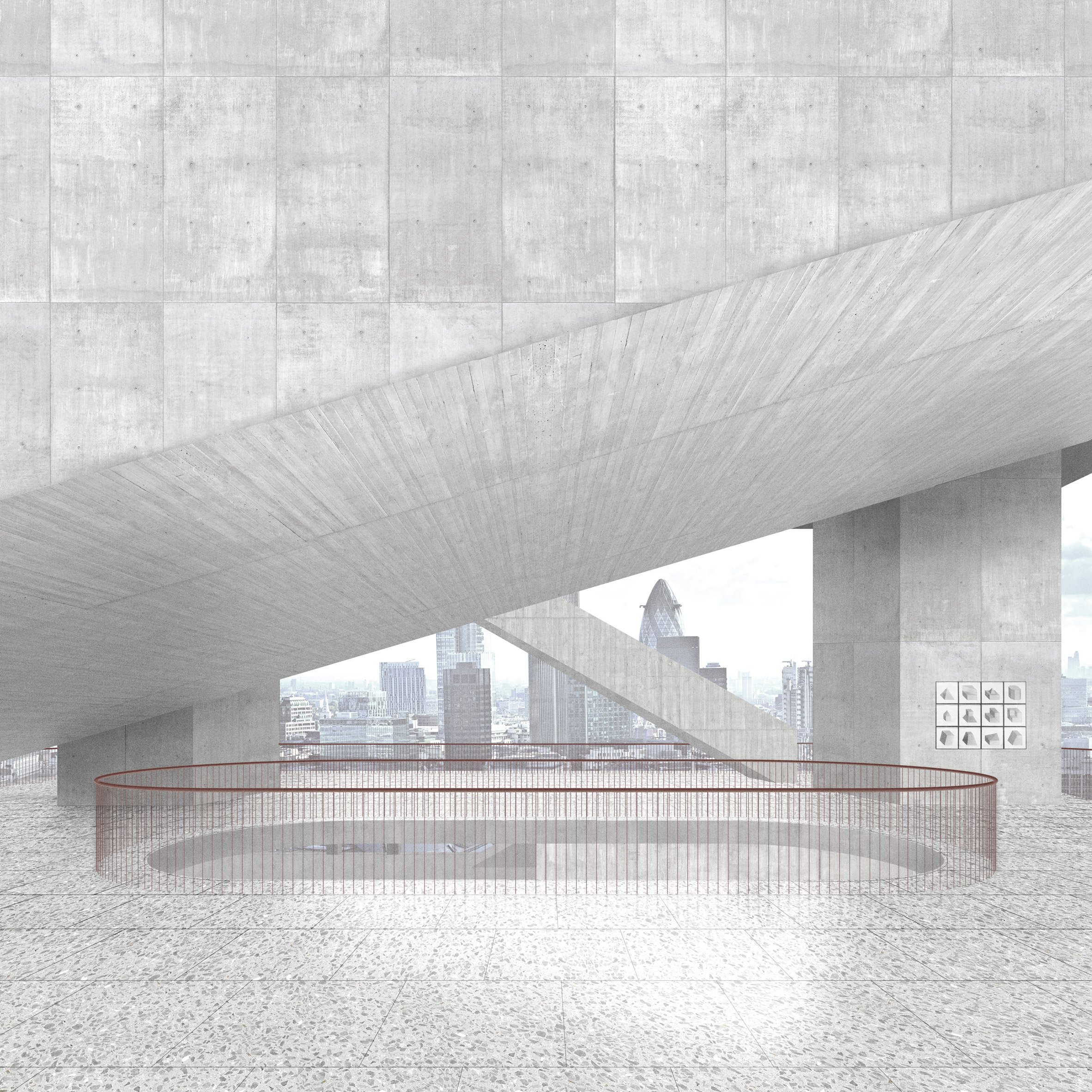 “Out of 1 million key workers living and working across Greater London, only 1 per cent can afford to buy a home in London. Simultaneously, more than one third of music and cultural venues in London have been lost in the last ten years,” she added. 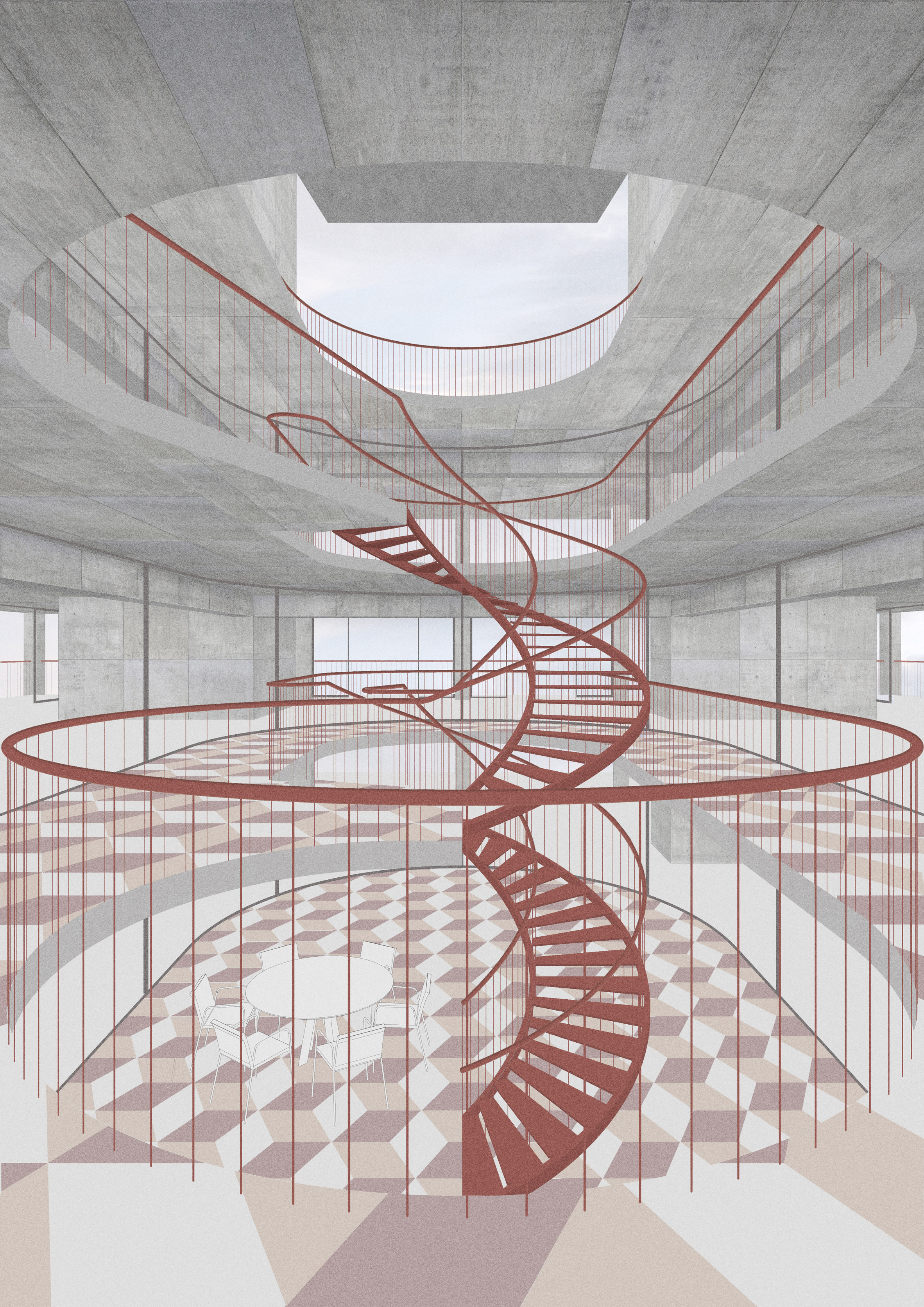 In order to tackle the problem of the city becoming socially fragmented, Kutluozen’s project suggests densifying the city centre while also improving its social, cultural and “city-like qualities”. 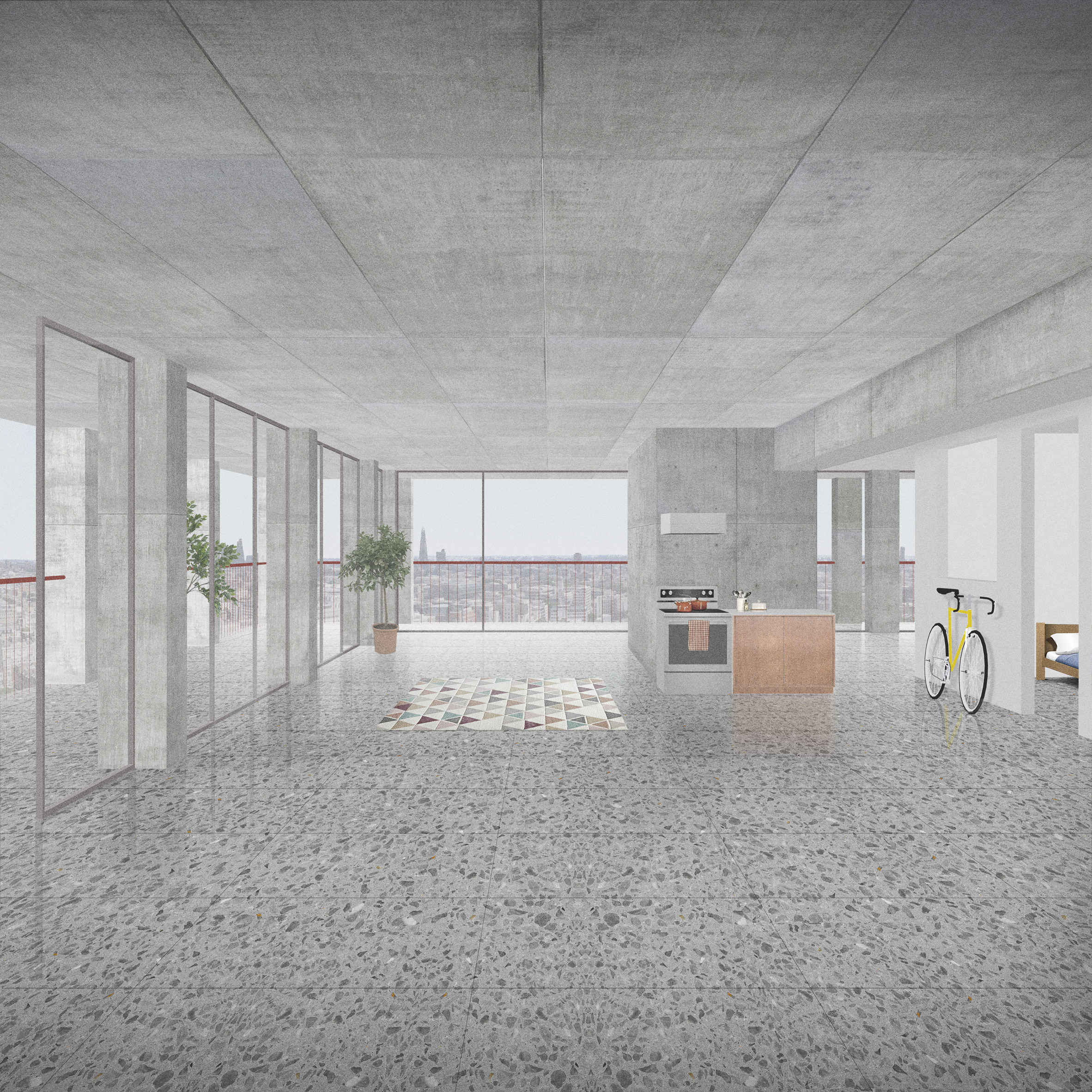 “As opposed to the existing trend of monotonous dormitory and gated developments, this project aims to mix and compact heterogeneous influences into a community and hold onto and revive civic living culture to the city centre,” explained Kutluozen.

“The project argues that the intense properties of a city such as the seemingly chaotic compression of multicultural societies can be seen as a positive condition, and that maintaining the presence of people from multiple social and economic backgrounds is key to this quality.” 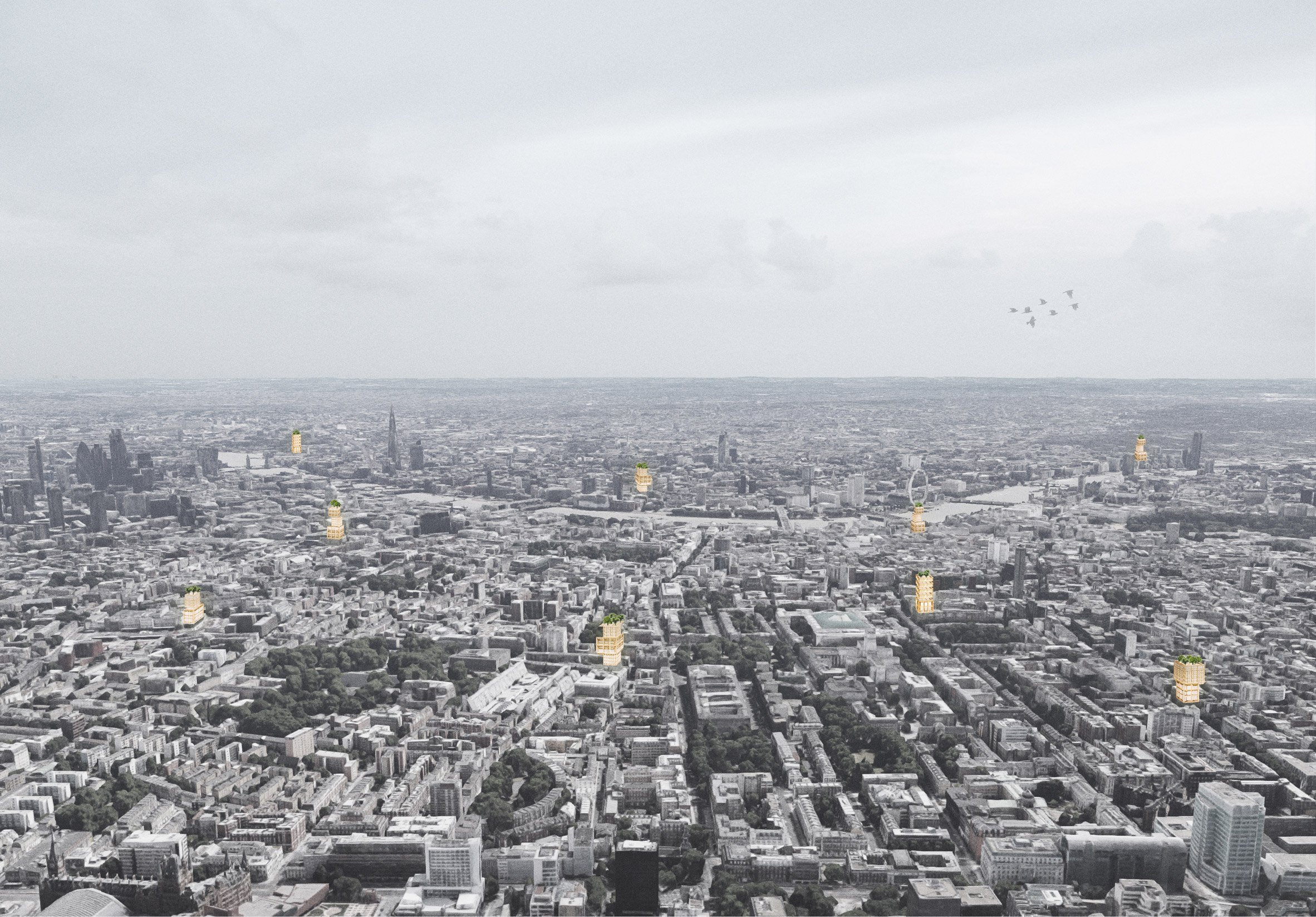 Kutluozen’s renders of the project show the vertical developments as heavy concrete structures that recall Brutalist-era developments such as the Barbican Estate.

Movement in the developments is intended to flow vertically creating what Kutluozen describes as a “vertical street-scape”. Public spaces such as piazzas, open-air performance spaces and the roof gardens are integrated into the developments to “serve the broadest demographic of the city” and cultivate the “qualities of 24/7 city life”.

Other RCA graduate projects this year include a pedal-powered, vertical transportation system that allows city dwellers to cycle up buildings, and low-cost cantilevered homes for London’s undeveloped brownfield sites to combat housing crisis. 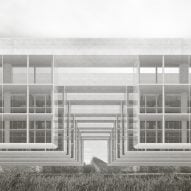