Architecture studio Elding Oscarson has added a Corten steel extension to the Skissernas Museum in Lund, Sweden, designed to open the building up to the adjacent sculpture park. 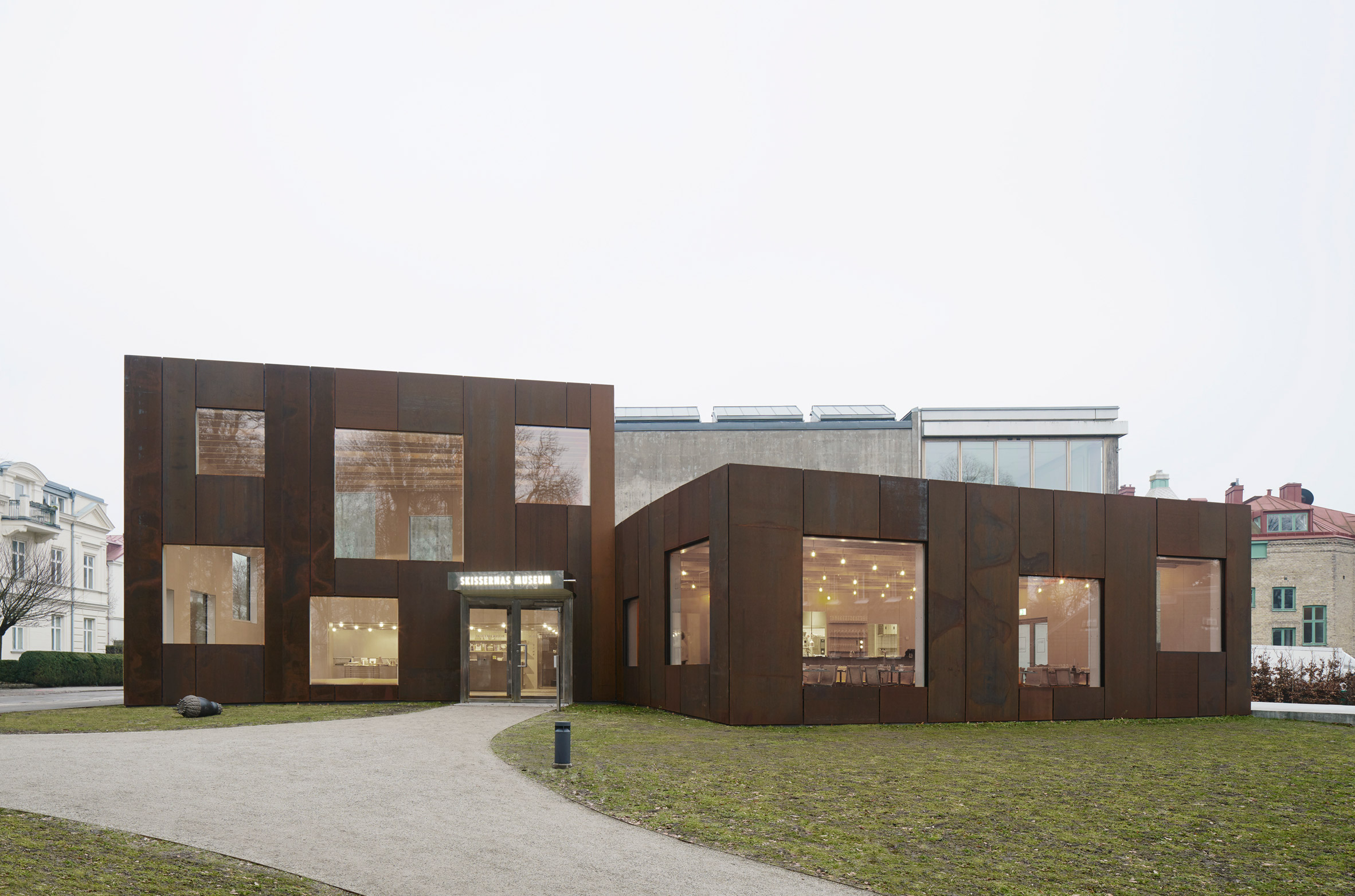 Founded in 1934, the Skissernas Museum is part of Lund University and houses the world’s largest archive of works documenting the artistic process.

The Lund-based museum is made up of a large cluster of connected buildings from six different periods, but the new Elding Oscarson extension is the first to solely address the building’s public interface. 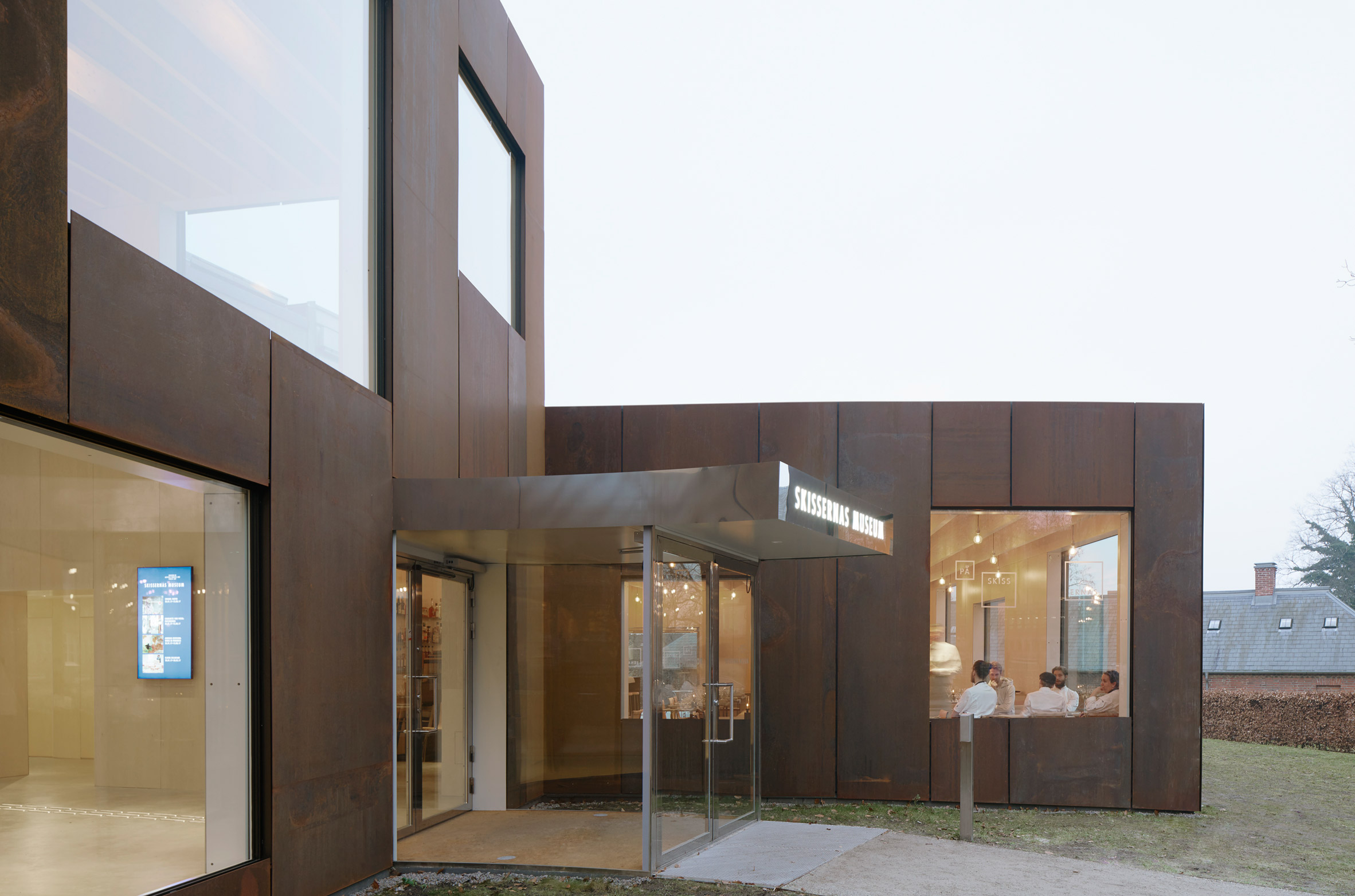 The extension creates a new facade towards the museum’s sculpture park, with a new entrance, museum shop and restaurant to welcome visitors.

The new entrance replaces the original foyer space built in 1959 by architect Hans Westman, which is now a shop and reception area instead. 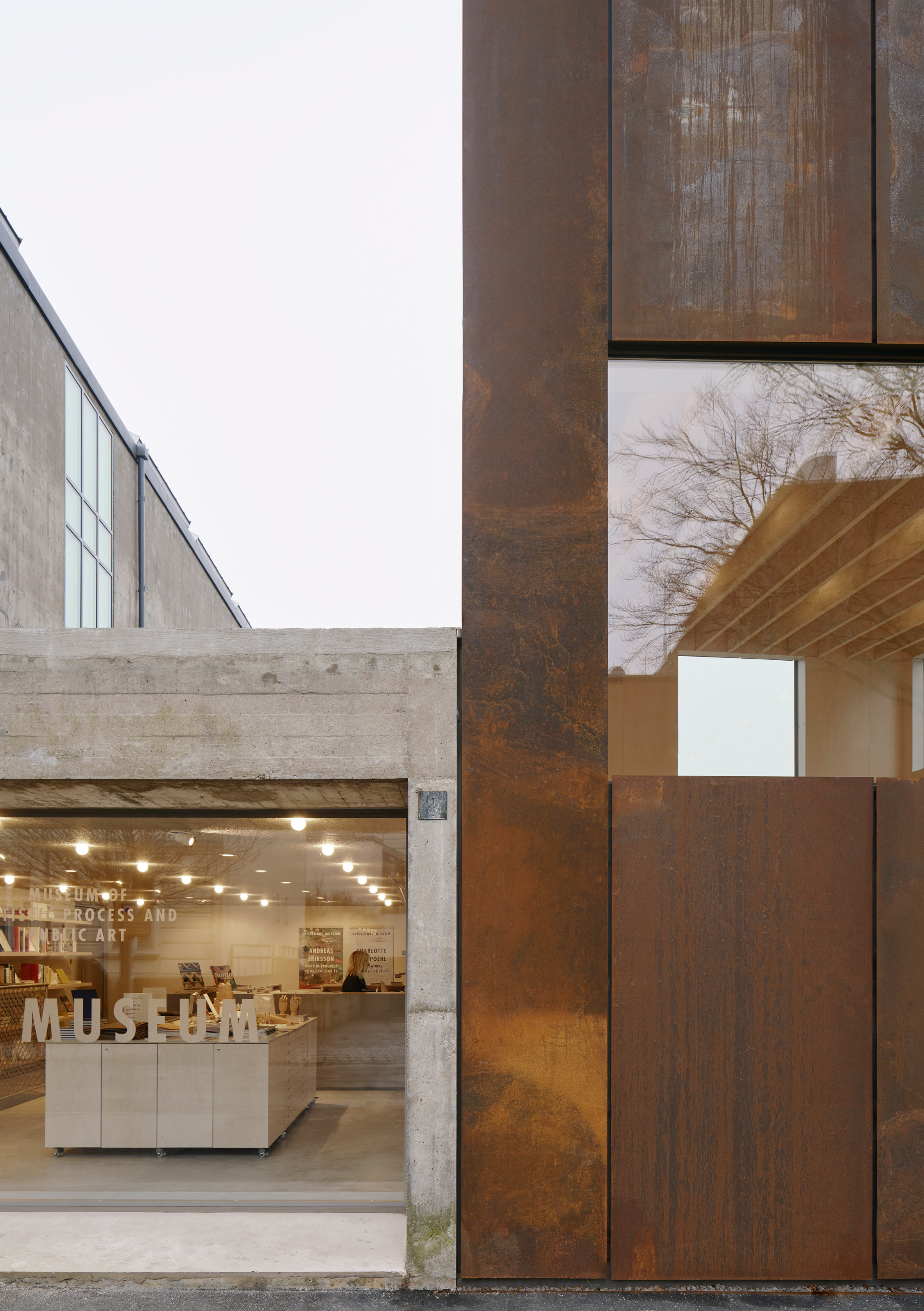 The design team chose to clad the entire extension in Corten – the most common brand of weathering steel, which features a rusty texture. They believed it would complement the adjacent historic red brick architecture as well as the rough materiality of the museum’s concrete walls.

Extending out at an angle from the old building, the new volumes are punctuated by large square windows of varying sizes, carefully placed to frame views from, into, and through the interiors. 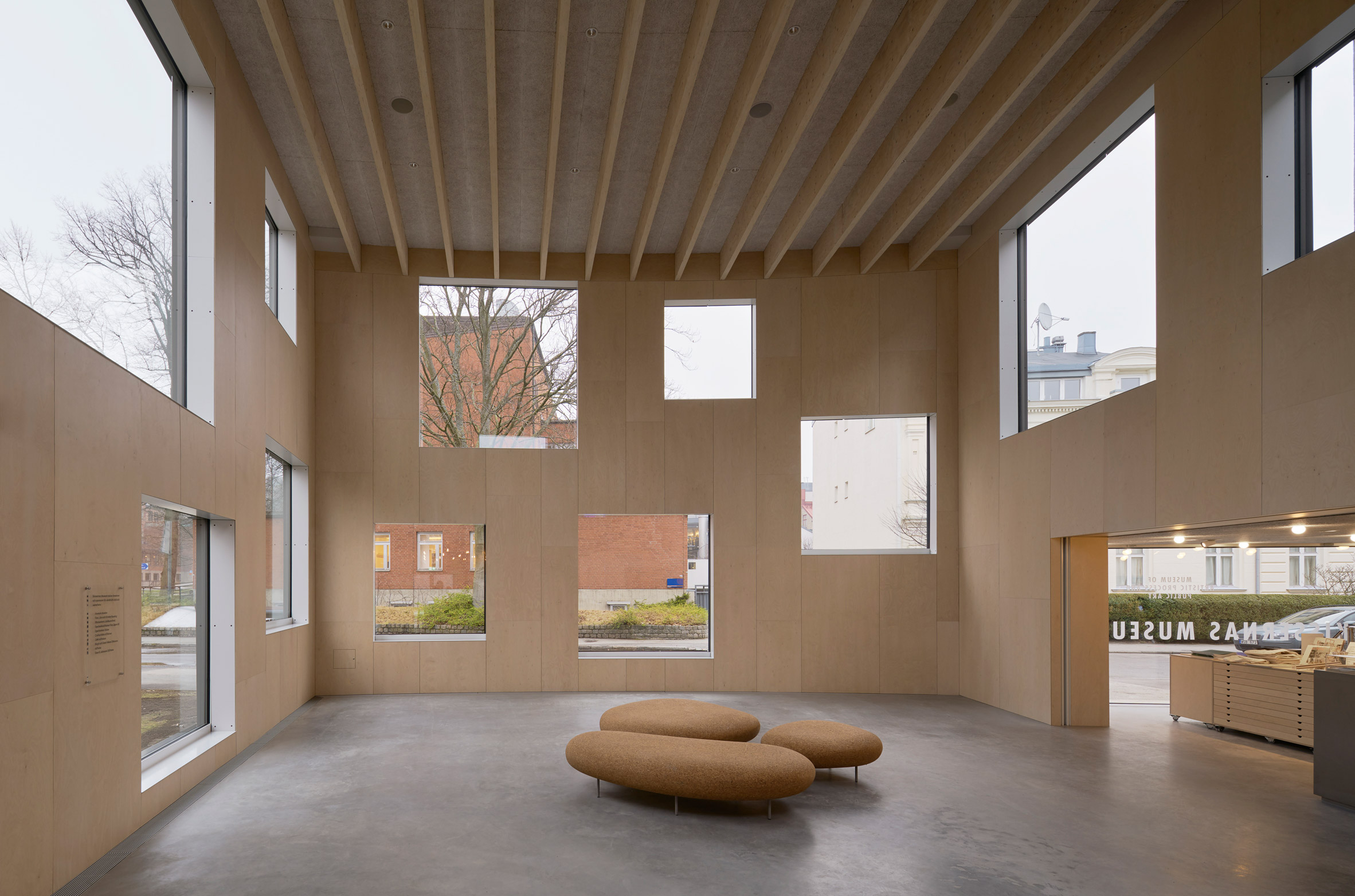 “The new addition of slightly bent volumes is projecting itself into the existing sculpture park, releasing its grip of the street grid and instead latching on to the diagonal approach through the park,” said architect Jonas Elding.

“This is the axis of entrance that the large extension by architect Hans Westman was designed for.” 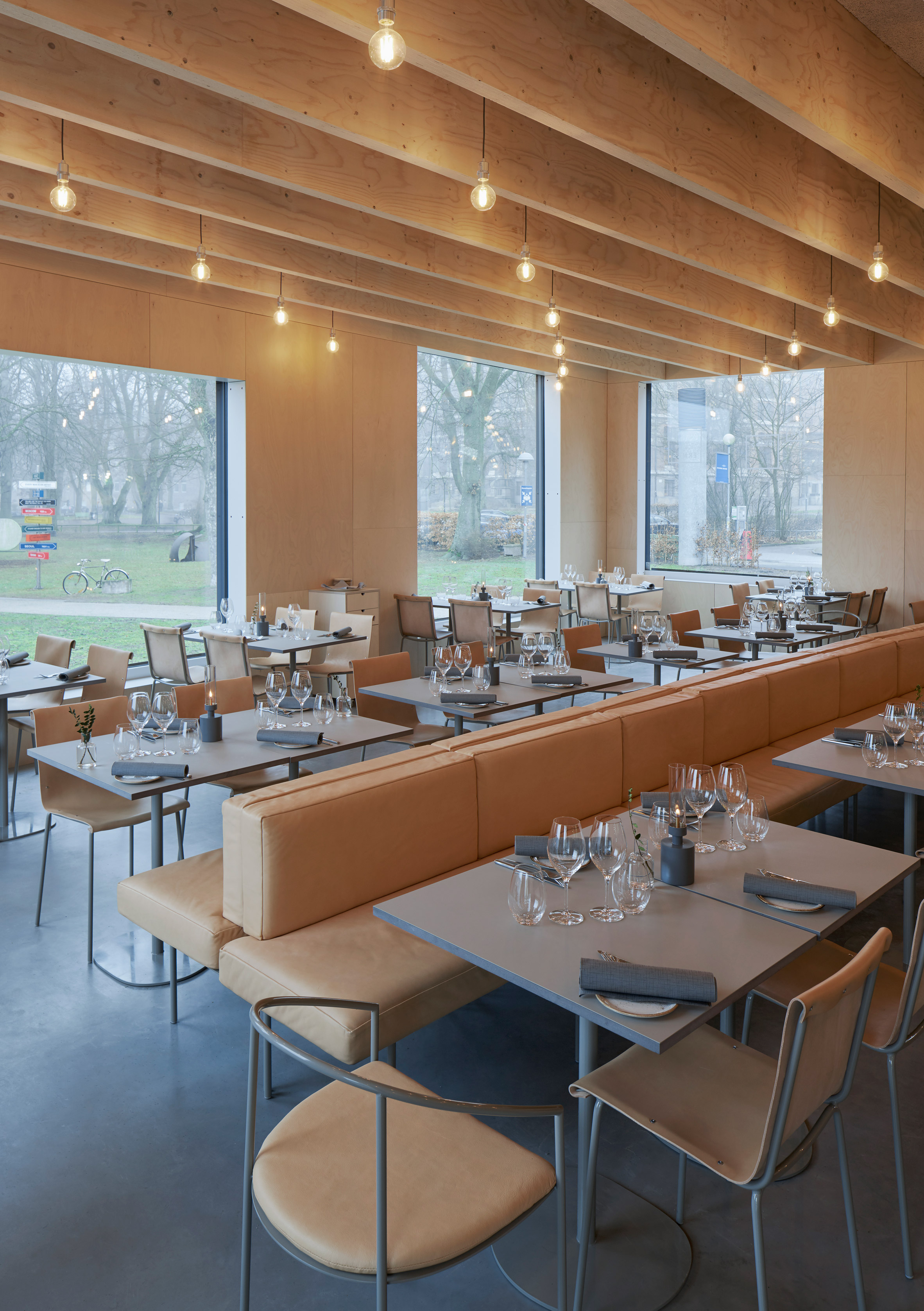 While the new extension’s double-height foyer space was designed to sit comfortably next to the museum’s existing large volumes and the grown trees of the park, the new restaurant is just one-storey high, so as not to block the view from a window in the museum’s previous 2005 extension by architect Johan Celsing. 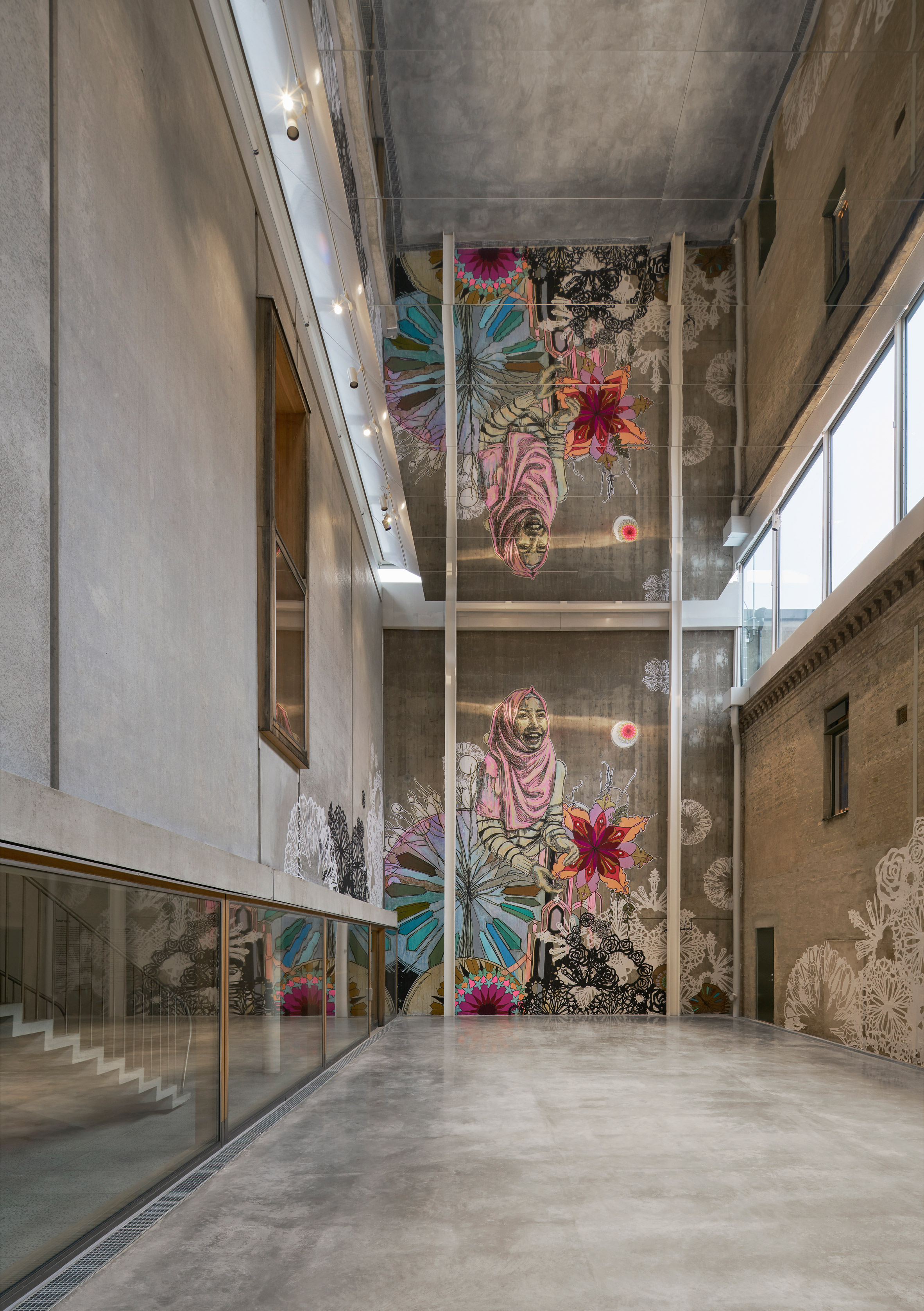 In addition to the restaurant and foyer, a covered inner courtyard was converted by Elding Oscarson into the Birgit Rausing Hall, which is used as a meeting place for various events and functions in the museum. 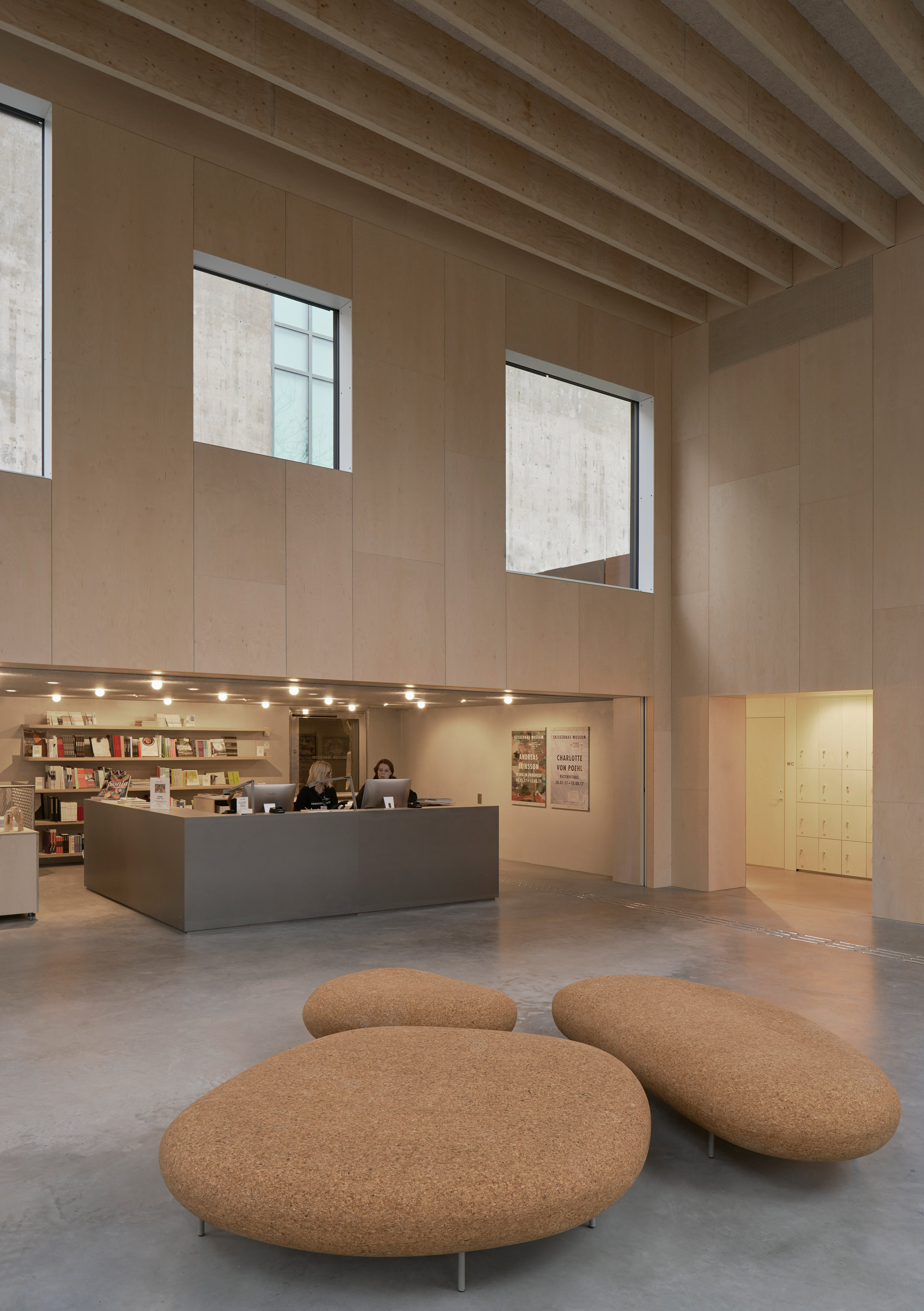 To avoid disturbing the museum’s existing structure, the architects installed a soaring, 27-metre-wide roof that rests on four columns. Clerestory windows and a reflective ceiling made from a hovering plate of mirrored aluminum help to retain the feeling of open air courtyard.

The furniture used in the restaurant, foyer and shop is all designed by Elding Oscarson, which the firm describes as “deliberately transmitting the unfinished character of a sketch, or prototype.” 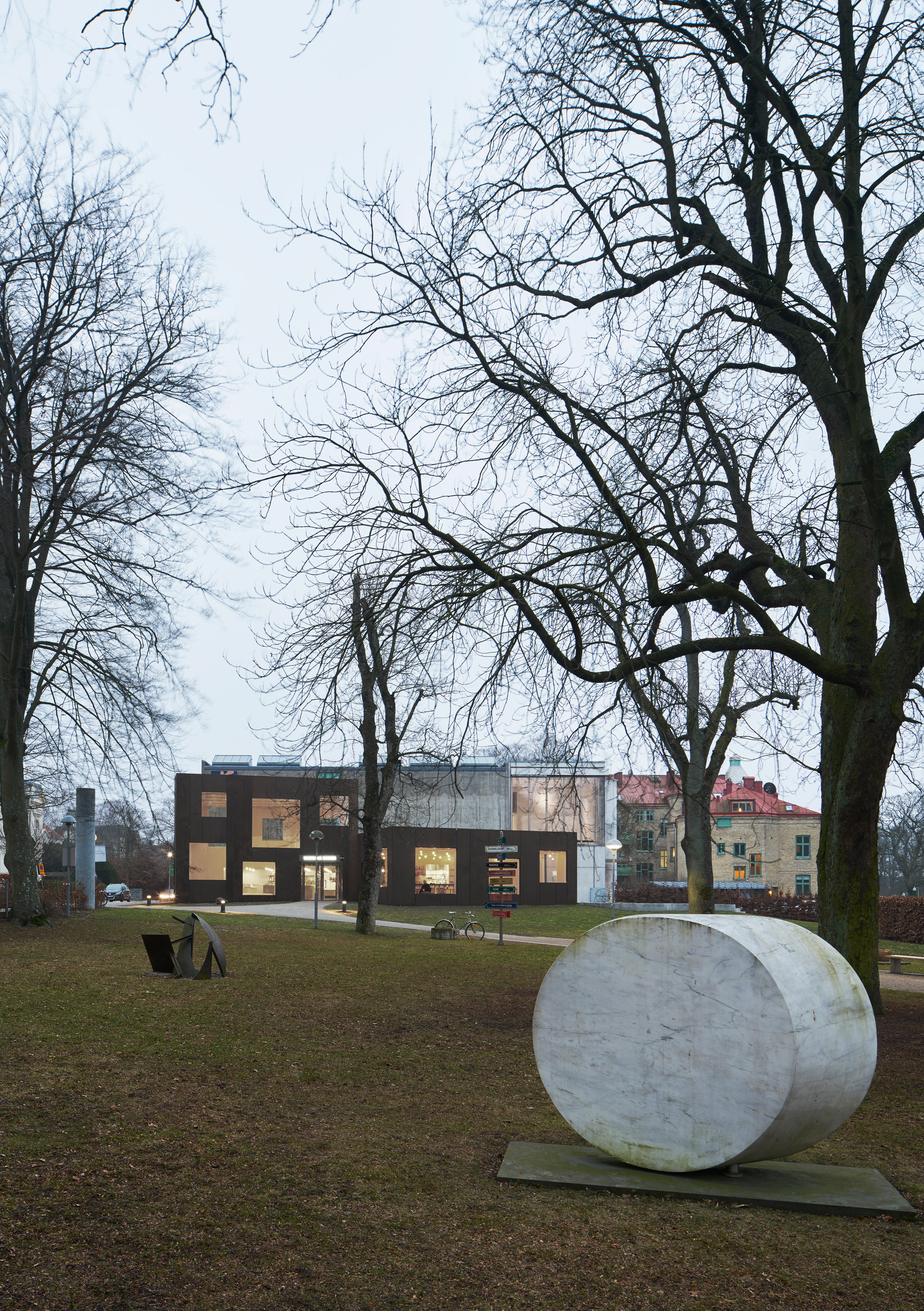 Corten steel is the only trademarked material to make it into the top 100 of Dezeen Hot List.

Other recent Corten steel extensions include a London home covered in rust-toned frames, and a countryside house in Peru by Lima-based studio Cheng + Franco Arquitectos where three volumes clad in perforated Corten steel are cantilevered above a grassy bridleway. 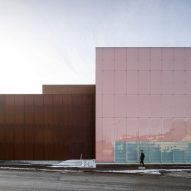 Photography is by Åke Elson Lindman.