artist and designer es devlin has been chosen to complete the UK pavilion for expo 2020 dubai. titled the ‘poem pavilion’, the scheme features a glowing communicative LED façade as well as an illuminated maze that highlights british expertise in the field of artificial intelligence. the structure follows in the footsteps of the UK’s previous pavilions at the world expo, with thomas heatherwick and wolfgang buttress contributing in 2010 and 2015 respectively. 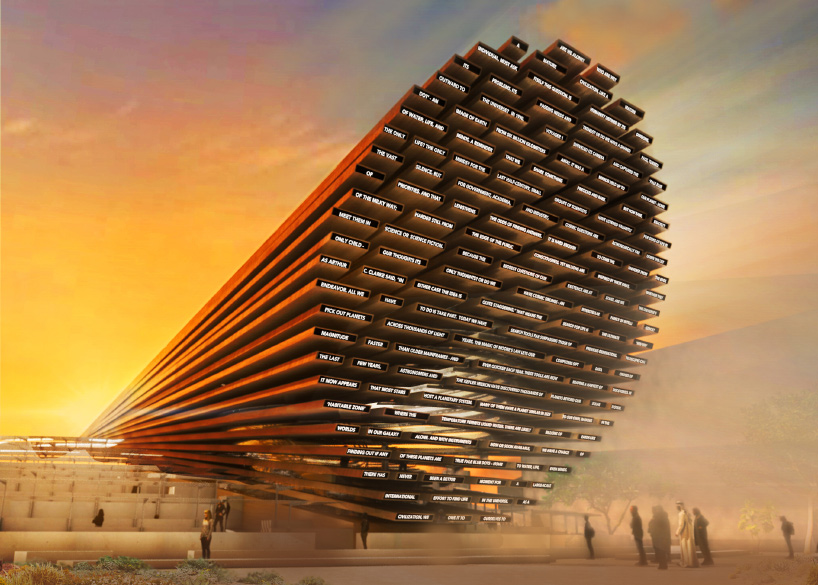 the glowing LED façade will beam out a collective A.I. generated ‘global message’

es devlin’s design features an illuminated ‘message to space’ to which expo visitors will be invited to contribute. ‘the idea draws directly on one of stephen hawking’s final projects, ‘breakthrough message’, a global competition that hawking and his colleagues conceived in 2015 inviting people worldwide to consider what message we would communicate to express ourselves as a planet, should we one day encounter other advanced civilizations in space,’ explains es devlin. 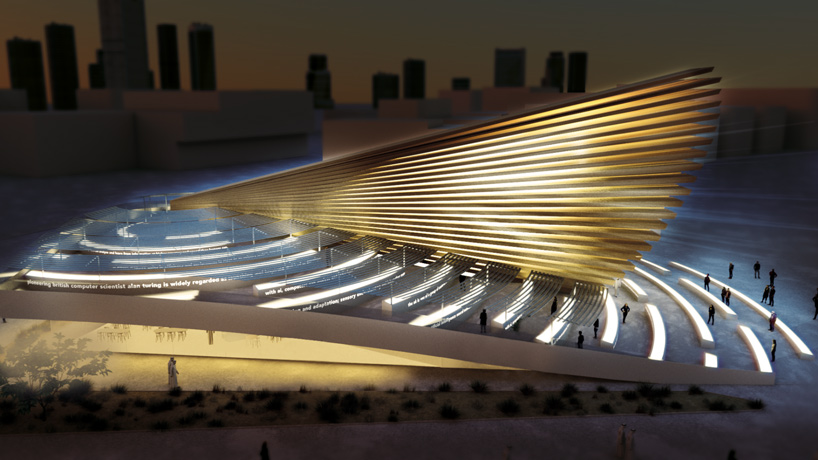 the project will be produced by the london- and dubai-based agency avantgarde, who will join forces with structural engineers atelier one and sustainability engineers atelier ten to deliver the design. es devlin has previously created a choral installation at the V&A, and recently completed a site-specific art installation in new york to showcase ‘the XI’, a residential development designed by bjarke ingels group. see designboom’s build up to the 2020 expo here. 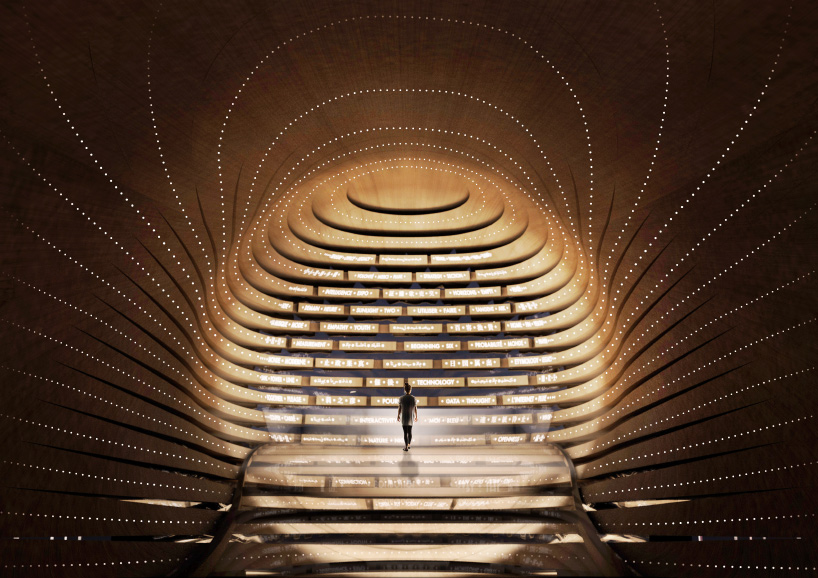 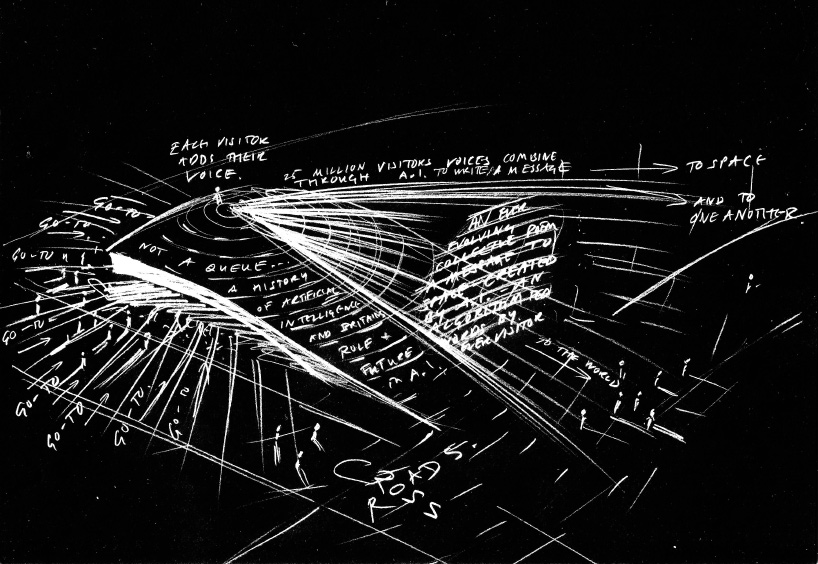