Bold geometric shapes and terracotta tiles are used to reference the city rooftops in Escolano + Steegmann’s renovation of an apartment in Barcelona.

Called Casa Conxita, the 84-square-metre apartment has a linear, east-west layout that looks out onto the street at one end and into a courtyard at the other. 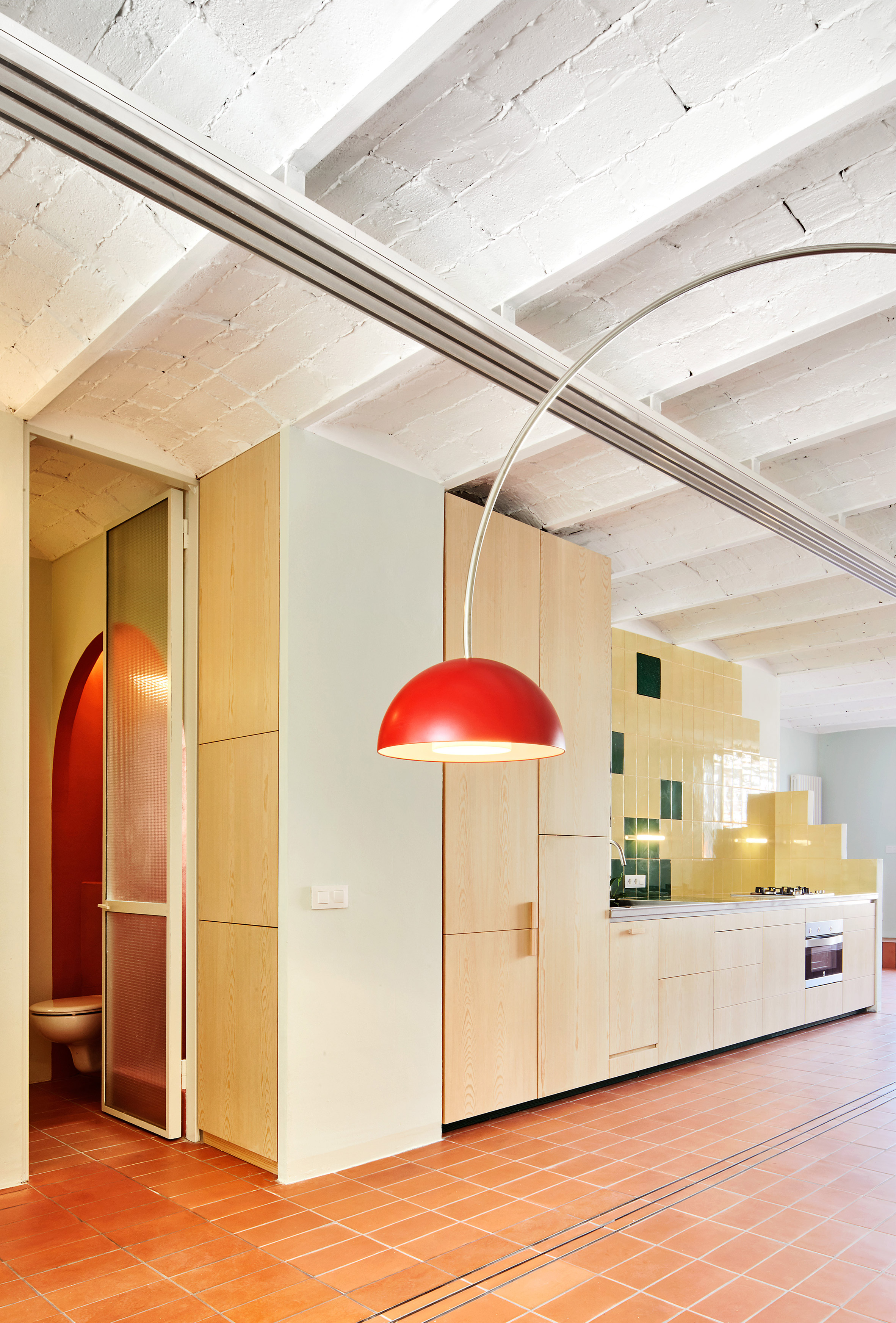 The plan is divided lengthways into two zones with the private spaces, such as bedrooms and bathrooms arranged along one side, and one large open-plan social space occupying the other.

The architects said the use of this open-plan social space is open for interpretation, but it’s primary function is to allow light to travel from one end of the apartment to the other.

“The program is not fixed, but mostly suggested,” said Escolano + Steegmann. “The topography gives rise to the different scenes of domesticity.” 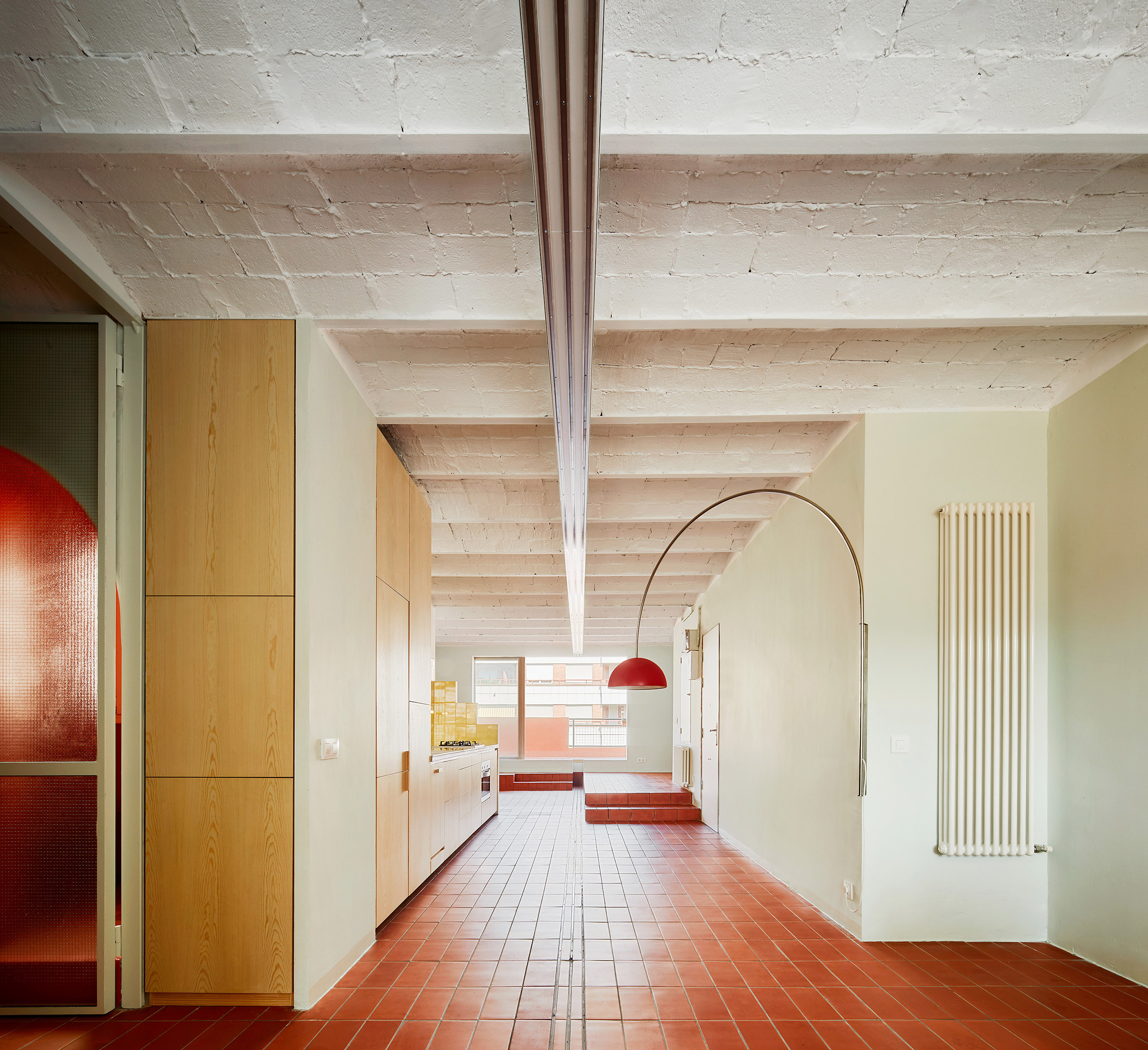 A series of small steps at the courtyard end of both the private and social spaces bridge the 40-centimetre height difference between the apartment and the courtyard patio.

The kitchen and dining room sit in the centre of the apartment, on the cusp of each zone.

The divide between the two areas is marked by a series of sliding timber walls that run along a metal track. 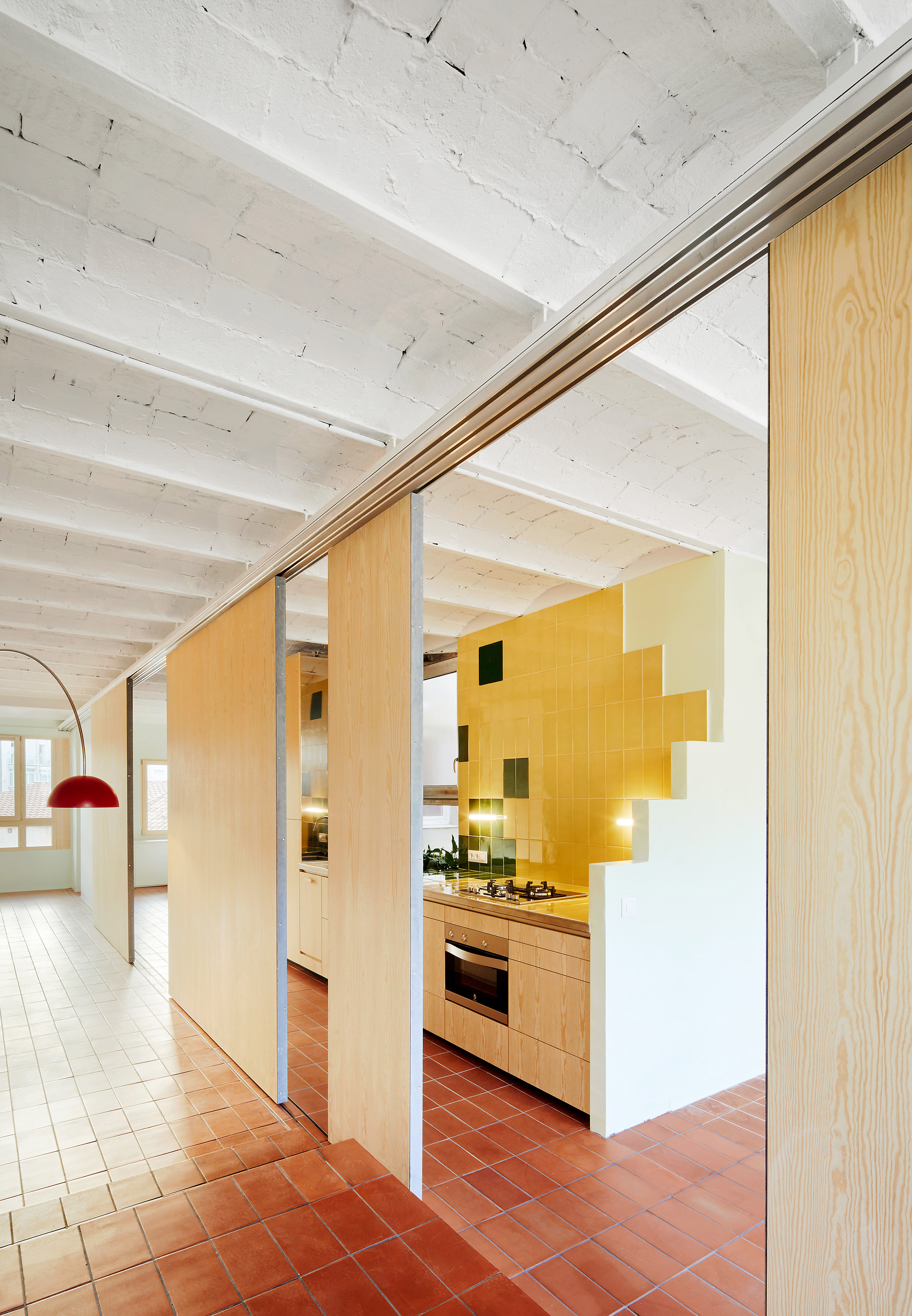 “The sliding surface filter works as a dynamic device that introduces complexity into the plan, allowing the construction of various forms of spatial arrangement, subject to different degrees of privacy or mutual exclusion” explained the architects.

The geometric shapes and elements used in the apartment are also designed to reference the shape and colour of the city’s buildings and rooftops. 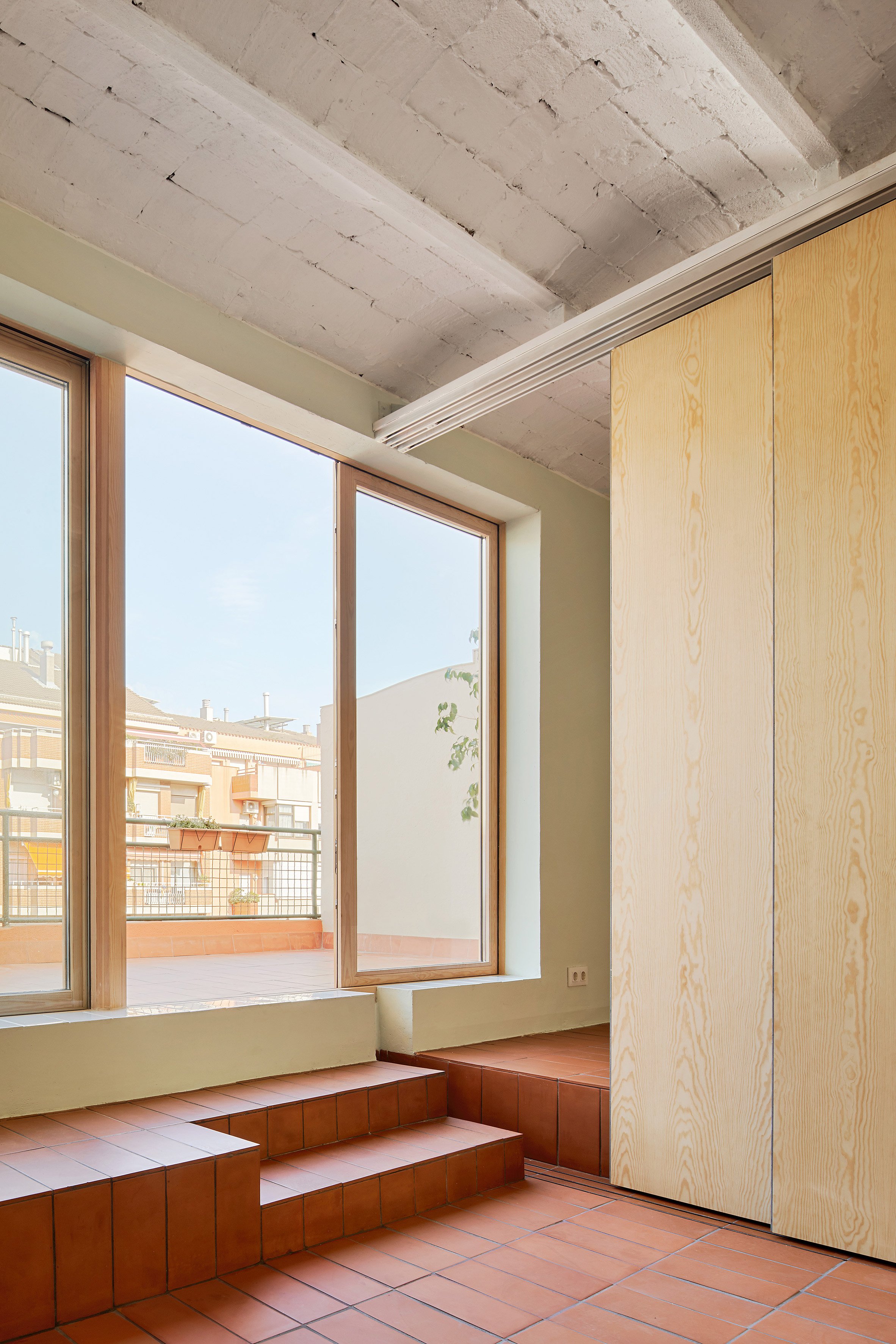 The apartment features an original vaulted brick ceiling – known locally as a Catalan arch. These arches have been featured in a number of apartment and retail renovation projects in the area including the nearby showroom of Spanish furniture brand Kettal, which was designed by Patricia Urquiola.

Photography is by José Hevia.