Self-taught designer Fernando Abellanas has installed a covert studio beneath a graffiti-covered bridge in the Spanish city of Valencia, making use of the concrete infrastructure to form a roof and walls for the hideaway. 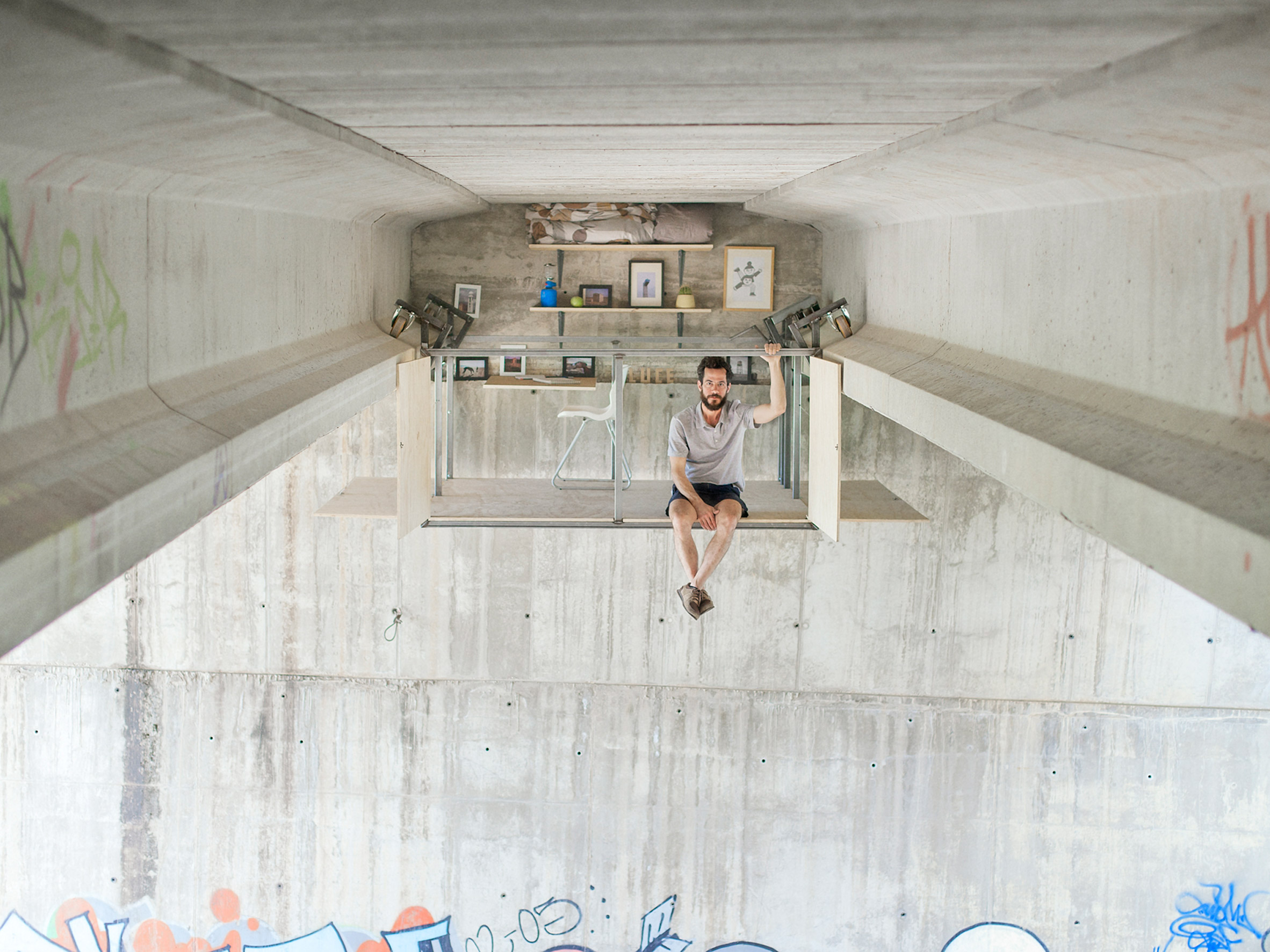 Abellanas, who designs furniture and lighting under the studio name Lebrel, created the small timber- and metal-framed hut in just two weeks.

He prefers not to reveal its exact location within the city, but said he is often drawn to design huts for neglected spaces. 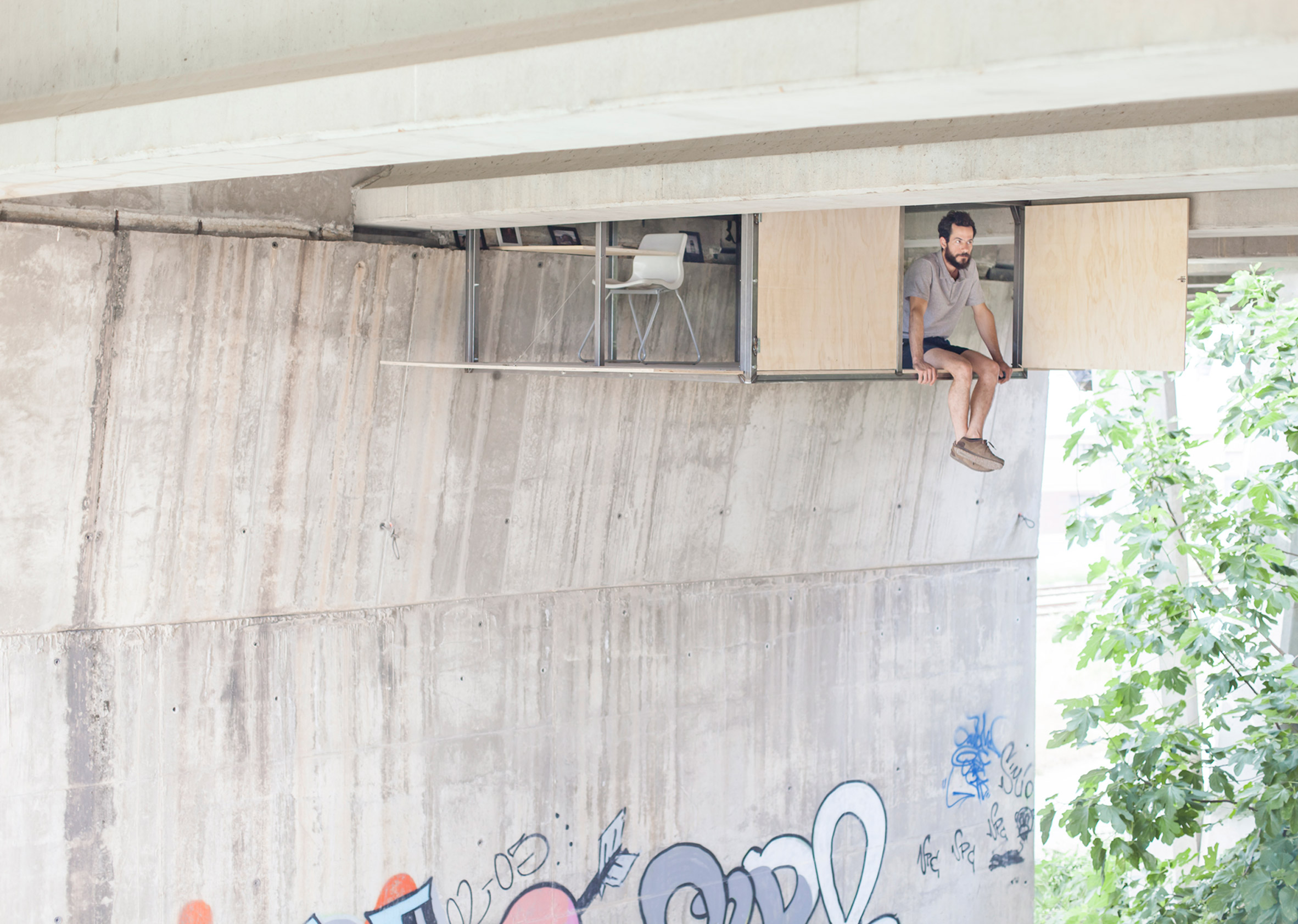 “I feel a great attraction for this type of place and sometimes I make interventions in them. I depend a lot on the conditions offered by the place,” he told Dezeen.

“It is a personal intervention that tries to put value in these type of spaces. It is also about recovering those sensations of the huts we used to make as small ones. To stay isolated but at the same time close to our house, the city.” 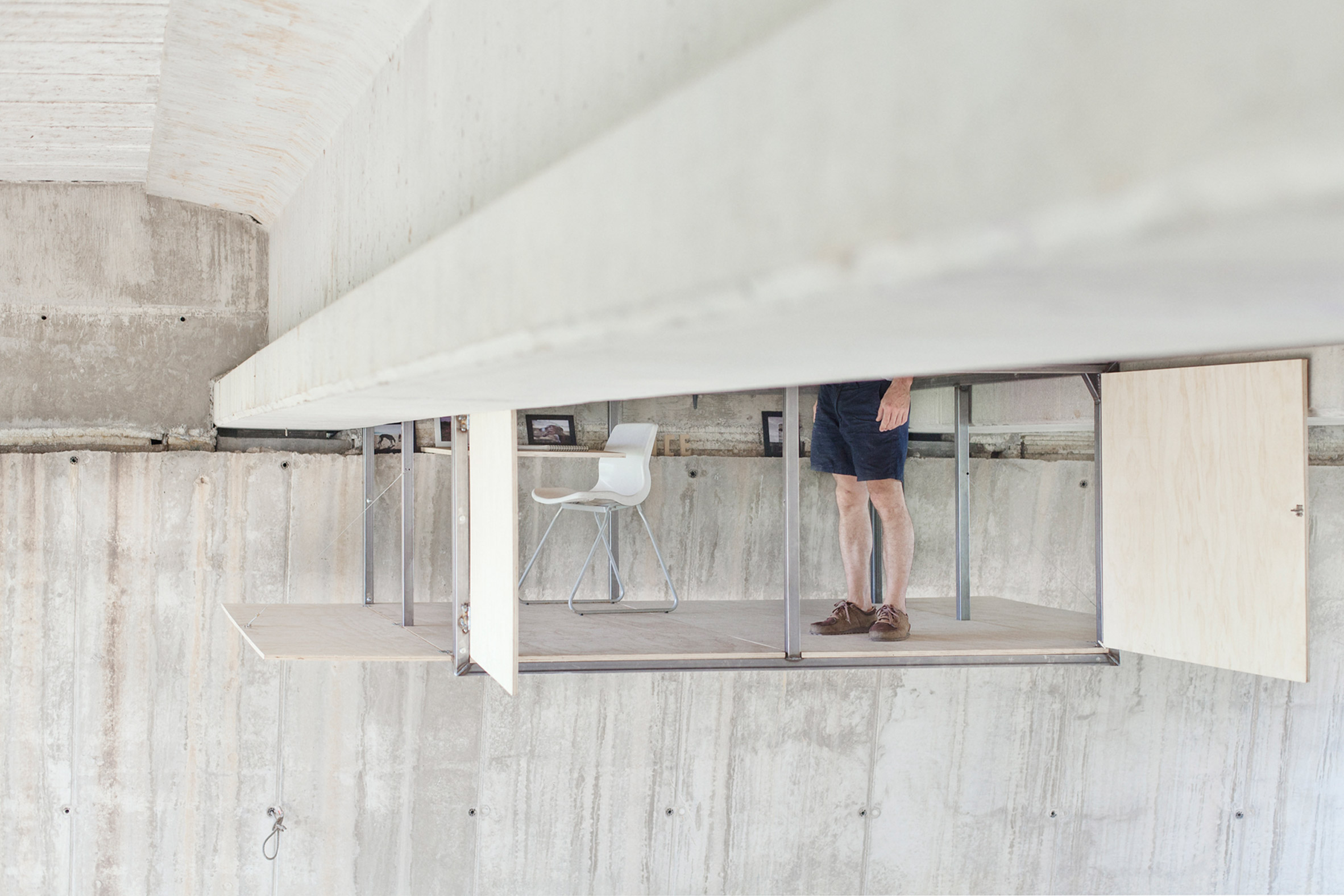 The parasitic structure makes use of a pair of concrete beams beneath the bridge deck as the runners for a set of wheels that allow the studio to be moved using a hand crank.

The metal and wood structure can be rolled along the beams to join a column, which is fitted with wooden shelves, a tabletop and a plastic chair, or towards the top of a bank that allows Abellanas to access the space. 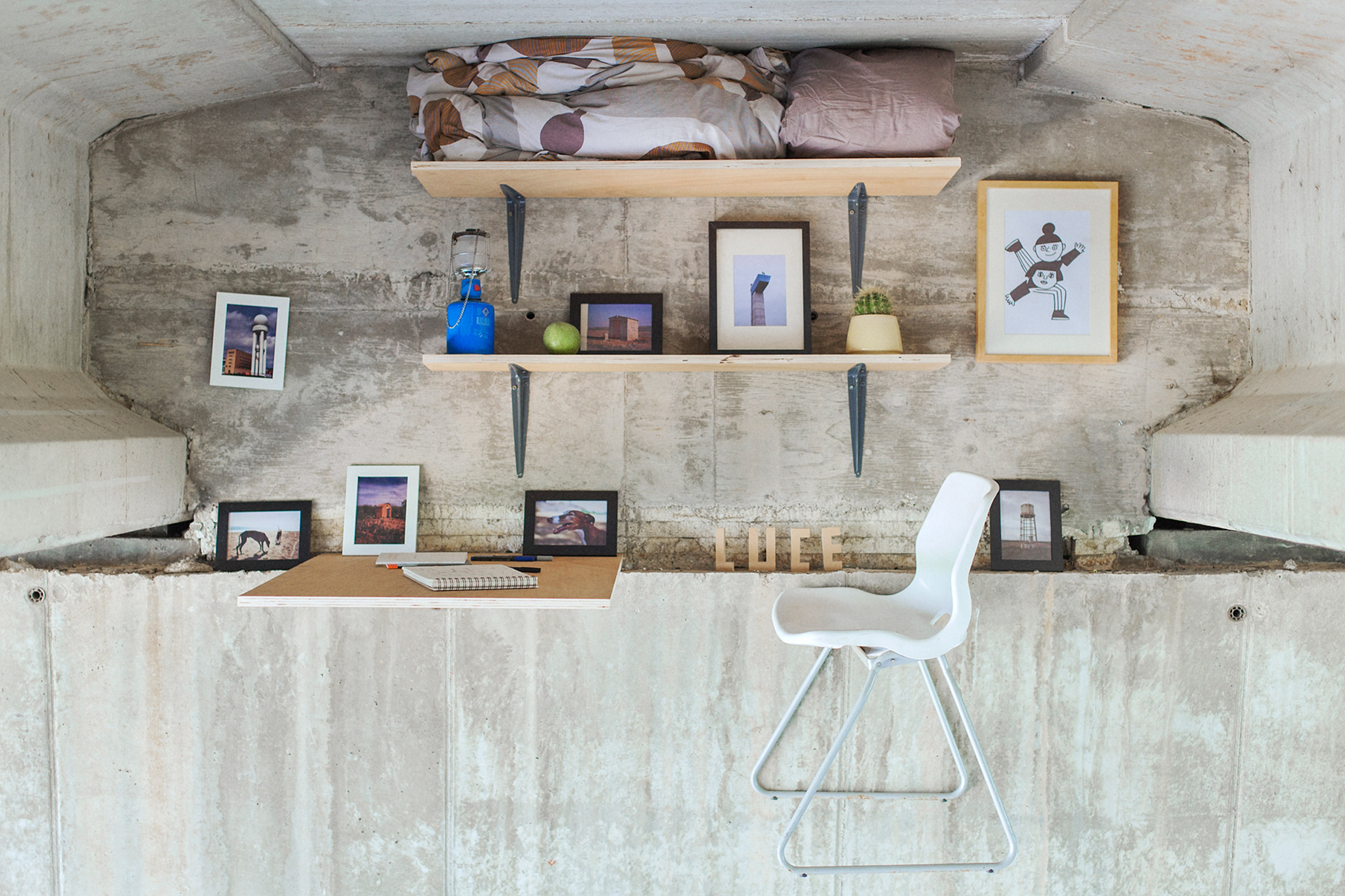 The studio is designed as an urban cabin, offering retreat from the bustle of the city while being directly below a busy road.

The shelving offers a workspace but also stores bedding and a lamp, allowing habitation at night. 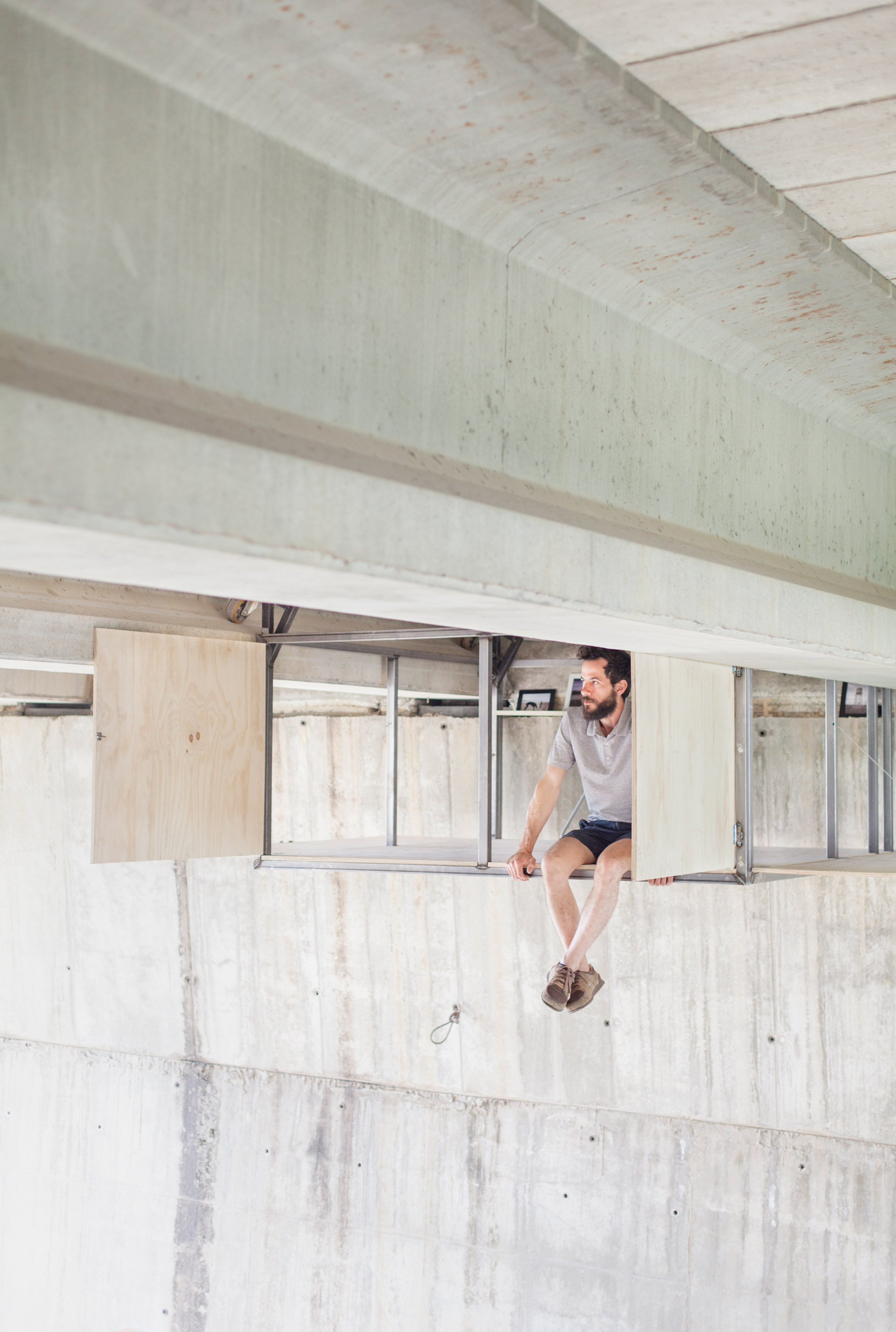 “In this case we are not referring to an idyllic hut you would find in the middle of the woods but rather to tiny spaces recovered from the city itself, where you can hide from the city’s hectic pace,” Abellanas said.

“These are locations that due to their architecture, location or size have become useless. People hardly notice when walking by.” 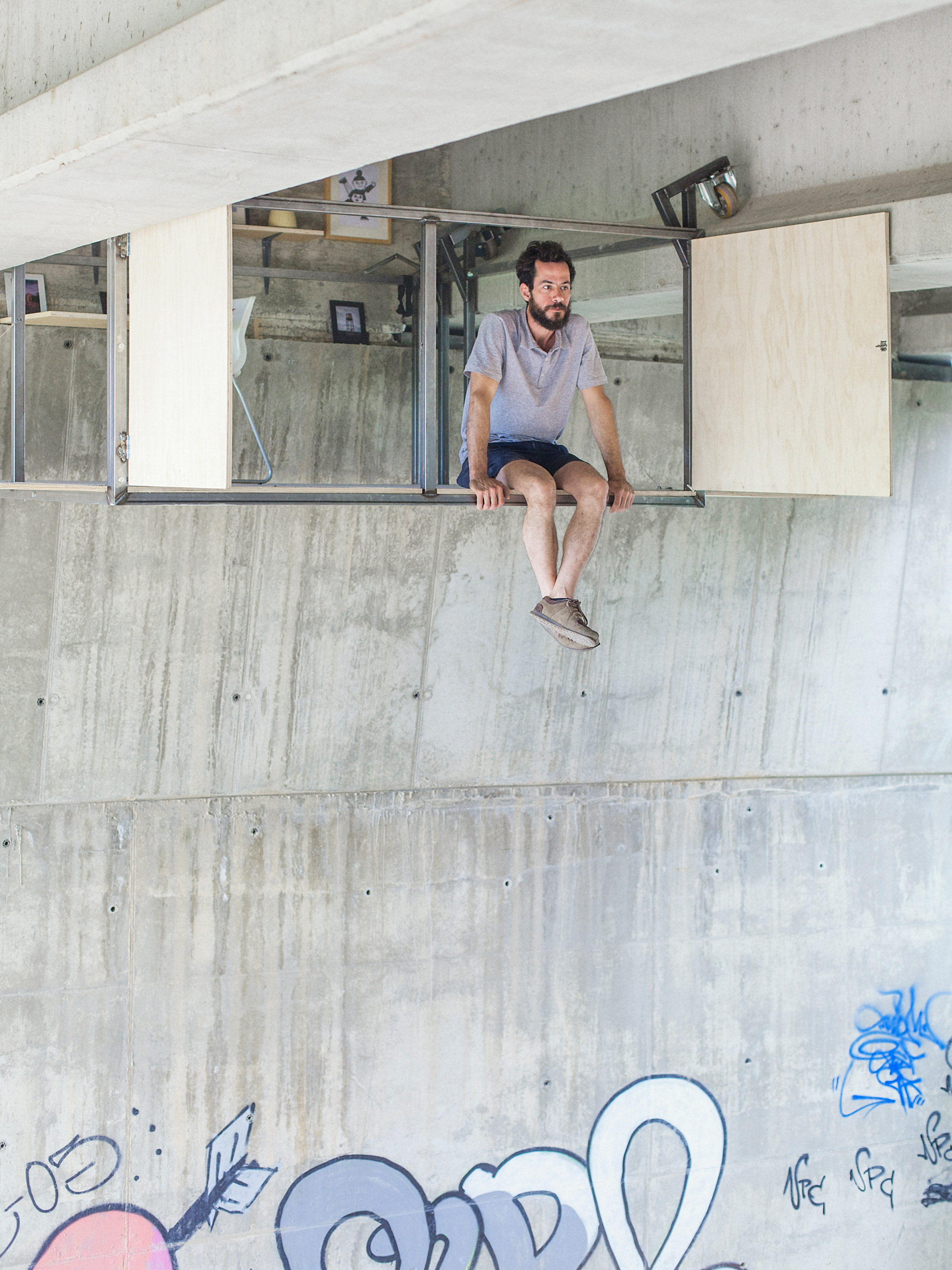 “When we discover, analyse and inhabit these places it reminds us of the feelings of isolation, peace and protection we experienced during childhood when hiding, during a family event, under a round table covered with a long tablecloth,” he added. 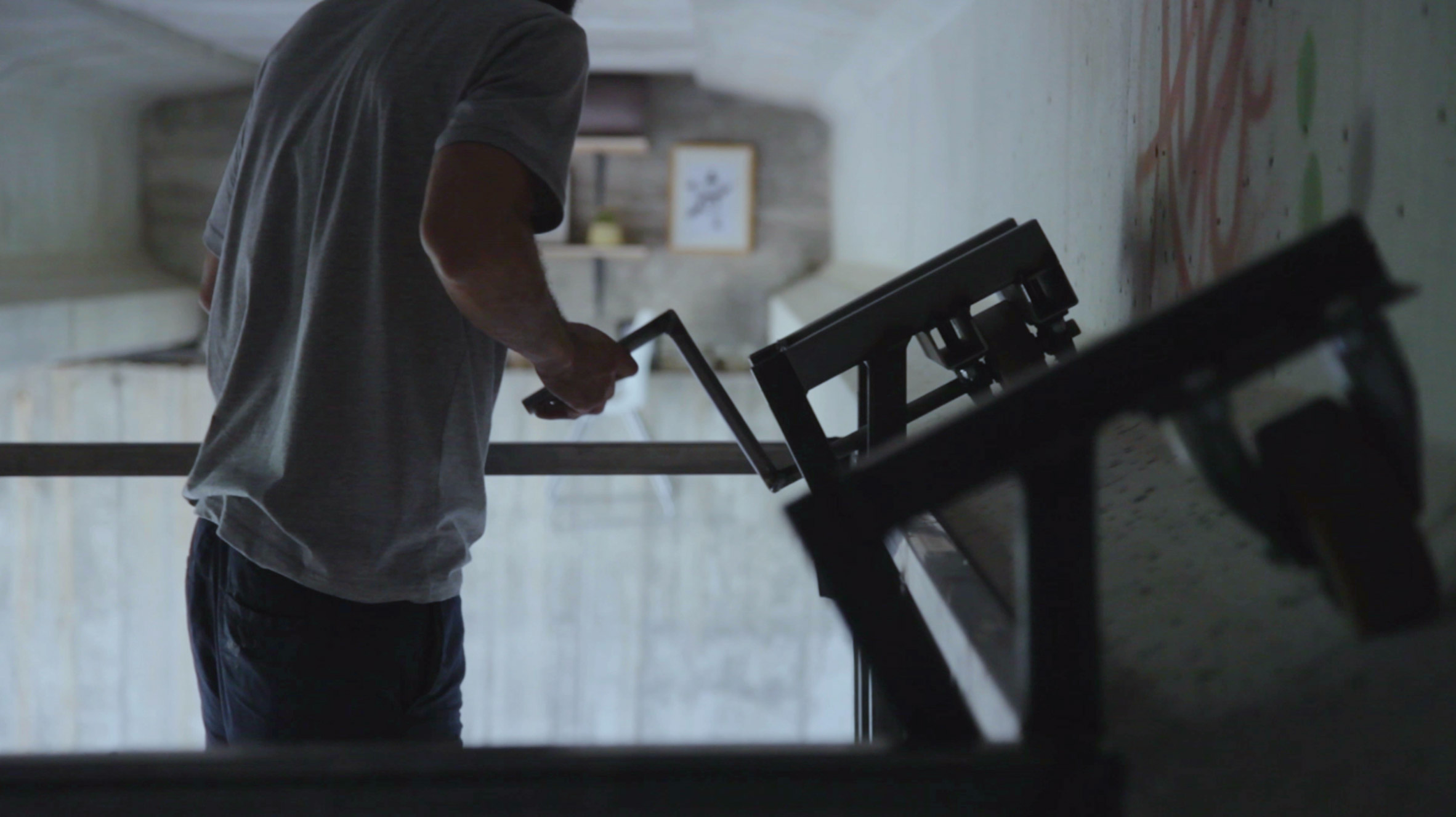 Wooden panels forming the sides of the structure hinge down or outwards to give Abellanas an unobstructed view out of the hideaway. 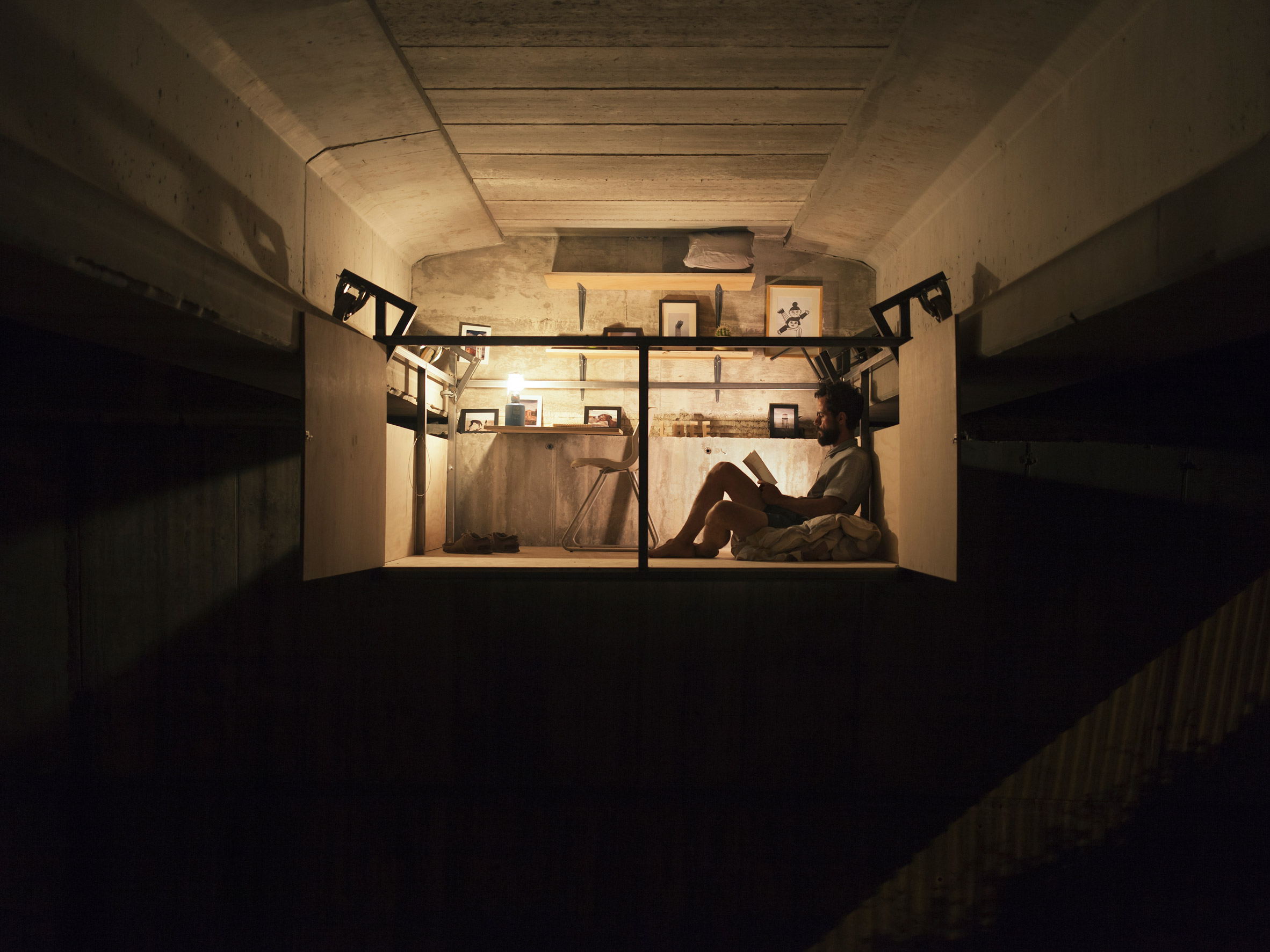 Architectural designer James Furzer proposed a similar parasitic concept for a series of modular homeless shelters that would hang off the sides of existing buildings in London.

Photography and video is by Jose Manuel Pedrajas.

The post Fernando Abellanas hangs secret studio under a bridge in Valencia appeared first on Dezeen.