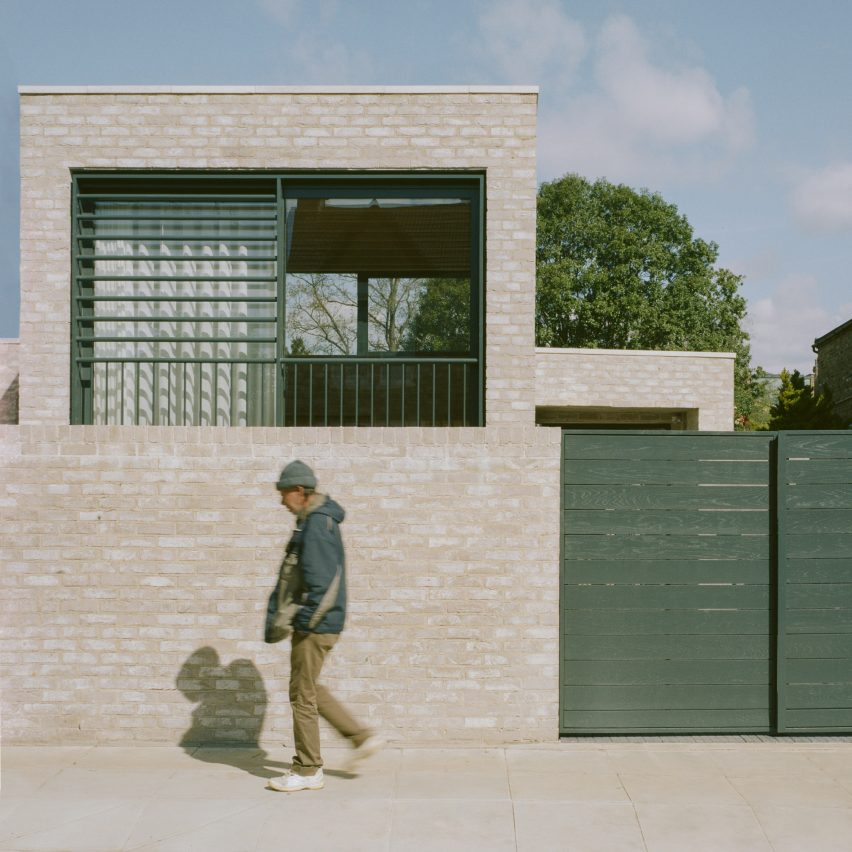 Fletcher Crane Architects has completed a two-bedroom house on a brownfield plot in west London featuring grey-brick walls that are left exposed throughout the living areas and sunken bedrooms.

Named Tree House, the dwelling was designed by London studio Fletcher Crane Architects for a former garage site in a conservation area in Chiswick that is bounded by rear gardens.

The studio was challenged to design a house that makes the most of the compact plot while also meeting strict local planning criteria including a limit to the building’s parapet level.

To provide the necessary spaces, this required embedding the house in the ground using excavations extending to a depth of 3.2 metres below street level.

“The resulting massing straddles the boundary over a split-level arrangement of four floors,” Reid added. “This configuration means no floor is really disconnected from each other and makes the 85-square-metre home feel bigger than it really is.”

Tree House is designed to fit unobtrusively in the terraced street, although its geometric form and grey-brick walls mark it out as a contemporary addition. Its name nods to a tree situated on the pavement outside.

“The street scene is mature and repetitive, with a significant row of historic villas which are all set back from the road,” Reid pointed out. “Our site sits on the street front and we used brick boundary walls to ensure this stitched into the prevailing materiality.”

The cubic volumes are built using load-bearing brick with flush-jointed lime mortar. The brickwork is left exposed both inside and out to highlight the construction method.

A secluded passage along the western boundary leads to the house’s entrance, which opens onto a kitchen-diner and a circulation spine connecting several split levels.

The main living areas are located on the upper floors to make the most of the available natural light. Two bedrooms with adjoining bathrooms are situated within the semi-sunken levels below.

A courtyard adjoining one of the bedrooms is lined with stepped brick planters and is accessed from the driveway via a paddle stair made from black cobble setts. 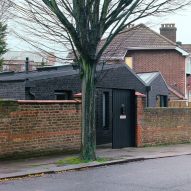 Externally, the grey brick contrasts with black timber and tubular metalwork, forming a simple and raw material palette that extends inside the house.

The internal brick walls are complemented by ash joinery, terrazzo tiles and metal balustrades. Windows and skylights wash the rooms with natural light while curved elements, including a railing that wraps around the staircase, soften the overall aesthetic.

Fletcher Crane Architects was established in 2010 in Kingston upon Thames by Toby Fletcher and Ian Crane. The studio’s previous work includes a house built on an infill site beneath a high-rise building near London’s Hyde Park.

The photography is by Lorenzo Zandri and the video is by Ben Tynegate.