Foster + Partners and Heatherwick Studio teamed up to design this pair of 180-metre skyscrapers, which stand at the intersection of Shanghai‘s old town and a new financial district, the Bund Finance Centre. 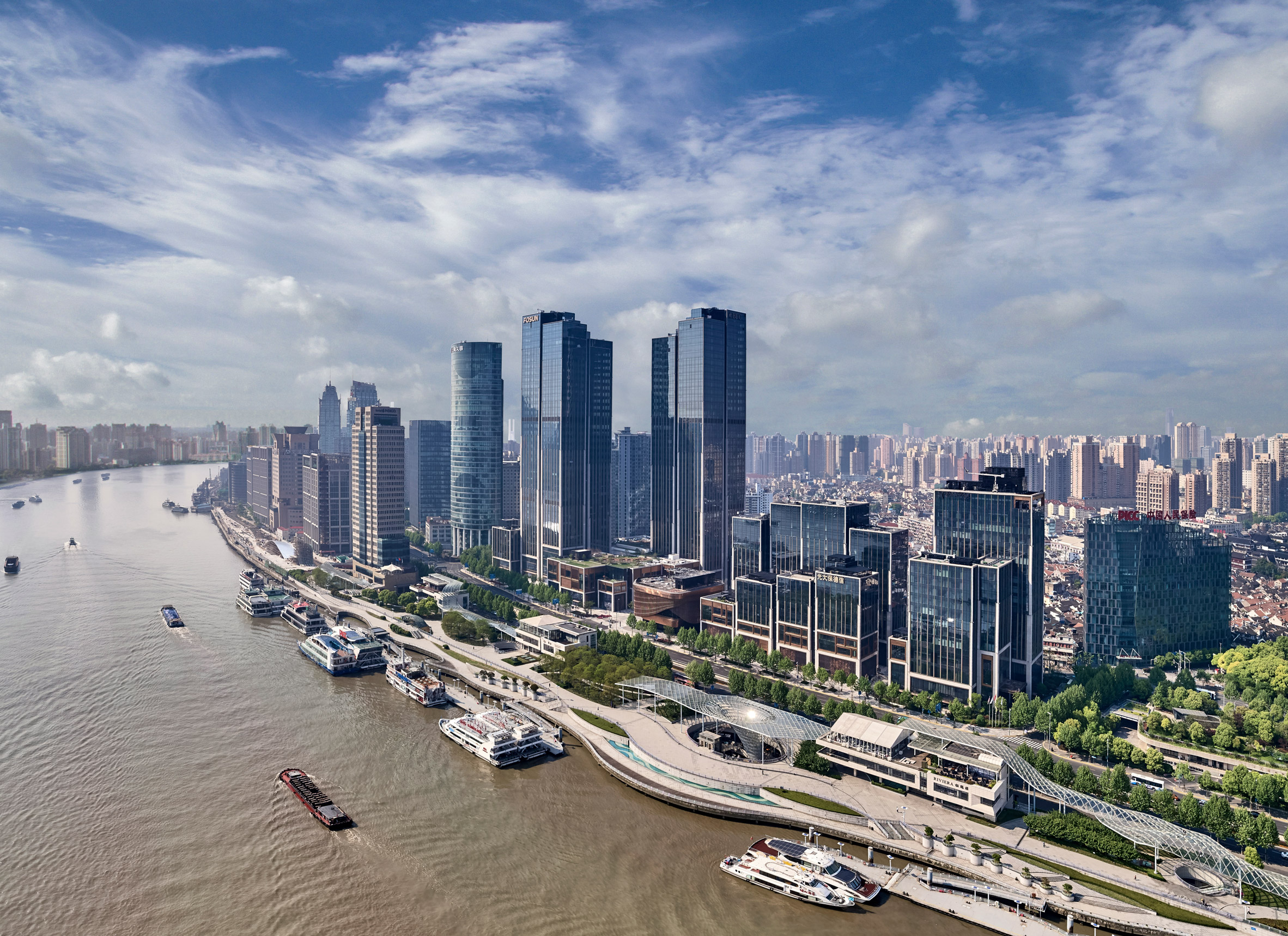 The “landmark” towers are located on the south side of the Bund Finance Centre, a 420,000-square-metre masterplan developed by the two studios.

Located on The Bund, a street that runs along Shanghai’s waterfront, the development links the old town with its financial district. 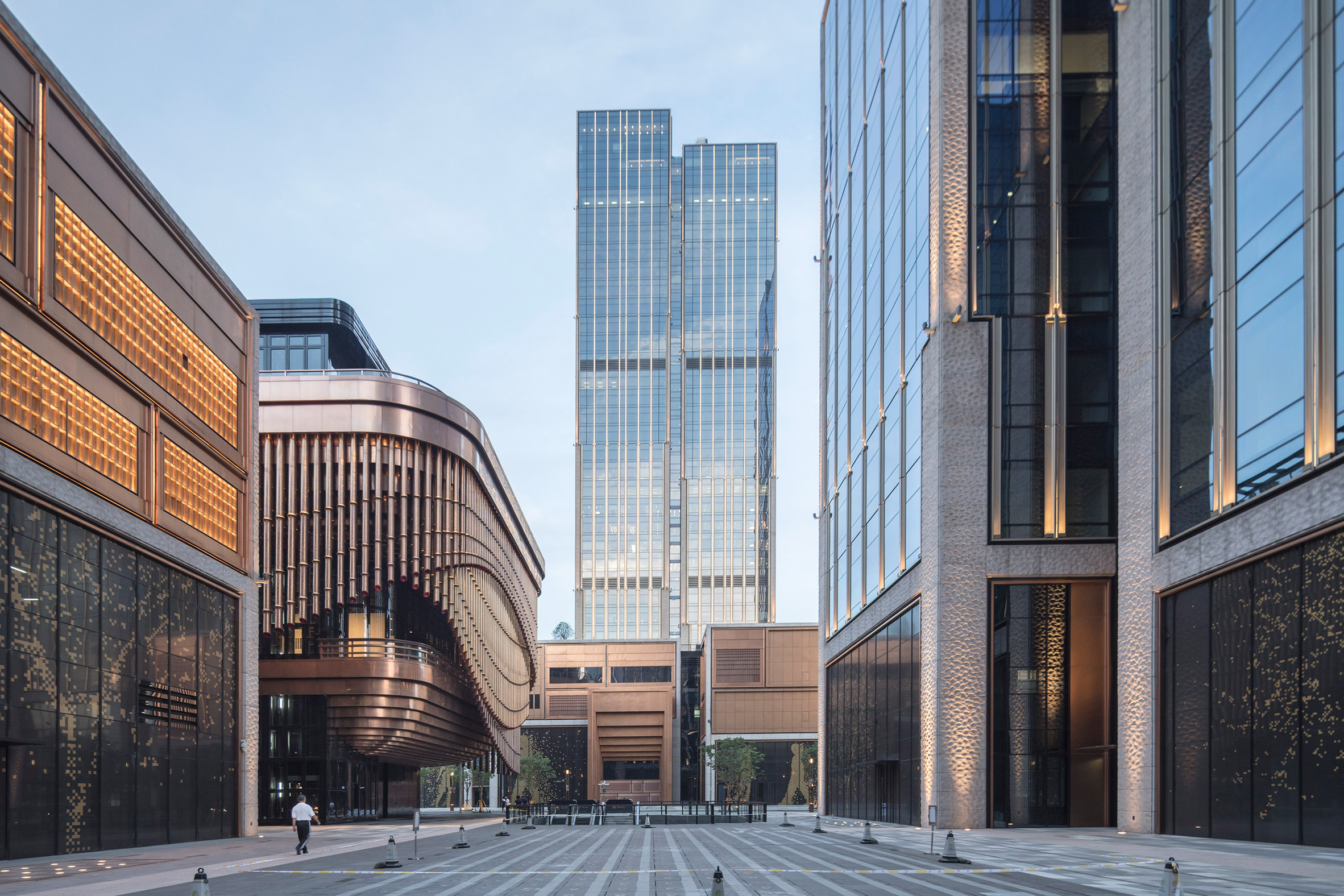 The development is the first major collaboration between Foster + Partners and Heatherwick Studio.

Earlier this summer, the studios completed the centrepiece of the scheme, an arts and culture centre with a kinetic curtain-like facade made up from bronze tubes.

While the jewel-like arts centre and the glazed blocks that surround it are staggered in height, the towers loom over the development. 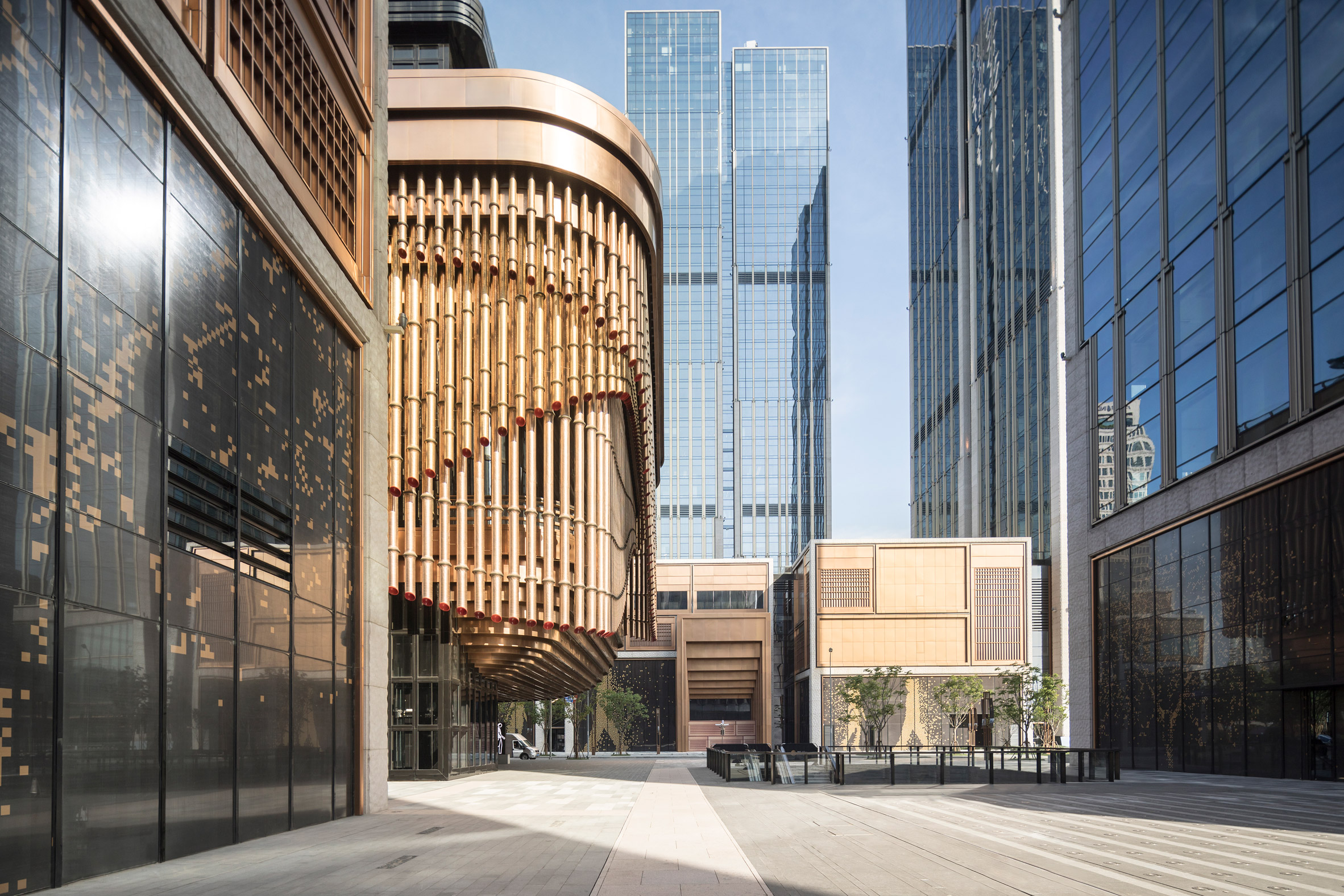 “The opportunity to make something new in this prominent location that had formerly been the river gateway to Shanghai’s Old Town was extraordinary,” said Heatherwick Studio founder Thomas Heatherwick.

“With a project that would create 420,000 square metres of space, we felt a great duty to look for fresh ways to connect with China’s amazing built heritage and make a meaningful public place for thousands of people to work and come together.”

Taking cues from the 19th-century buildings on The Bund, the two glazed skyscrapers feature textured granite frames. These become more slender as the towers rise, giving the bases a more solid appearance than the glazed tops.

These towers, as well as the other six other buildings that comprise the development, each feature bronze, granite and glazed detailing to link them visually.

Collectively, they offer office spaces, a boutique hotel, a cultural centre, luxury shopping spaces and restaurants arranged around a plaza. 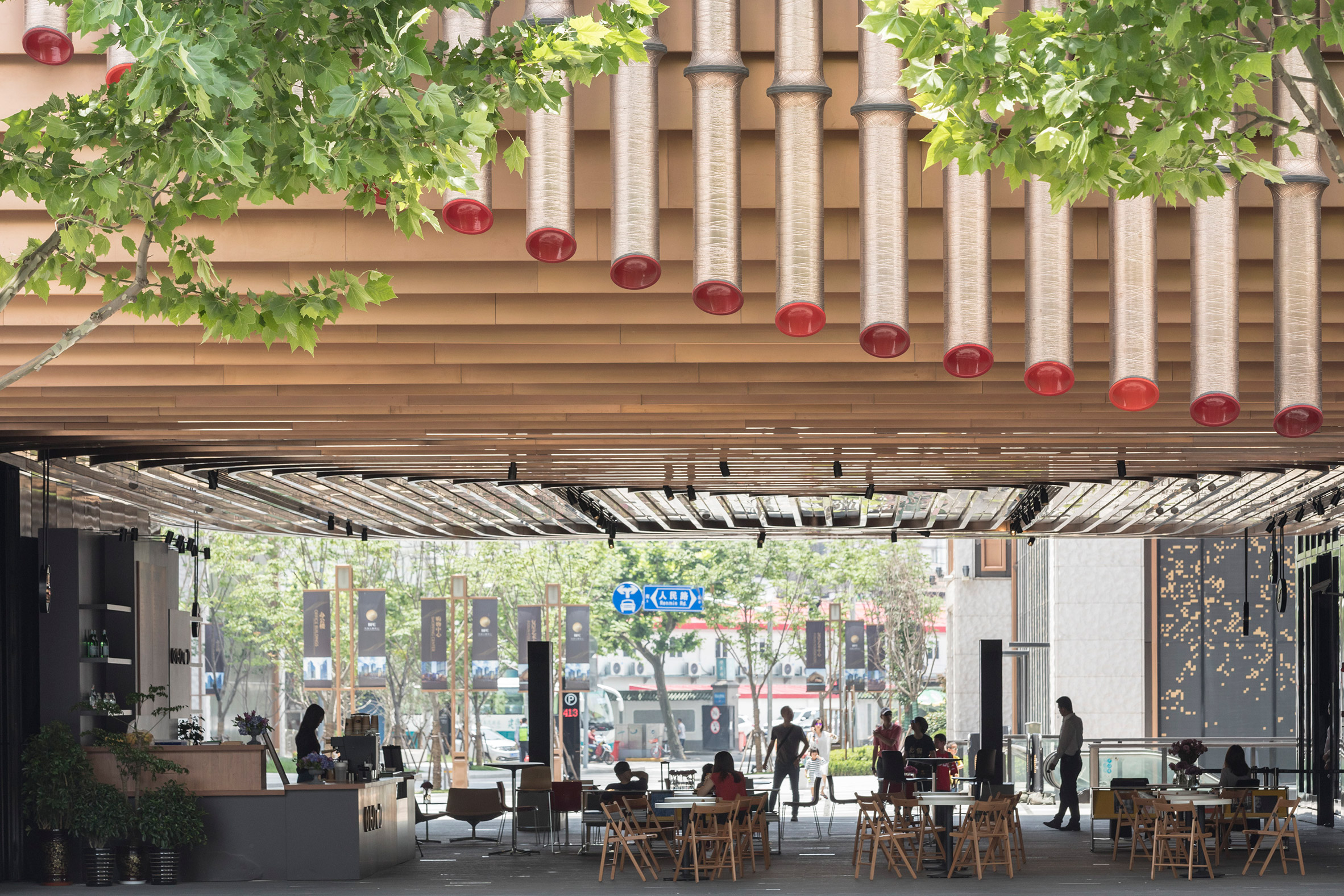 “The Bund Finance Centre creates a pivotal connection between the old town and the new financial district,” said Gerard Evenden, head of studio and senior partner at Foster + Partners.

“Developing the massing strategy for the buildings was an interesting challenge, in terms of relating to the context of old and new architecture, reflecting the scale of the waterfront and the character of the historic quarters.” 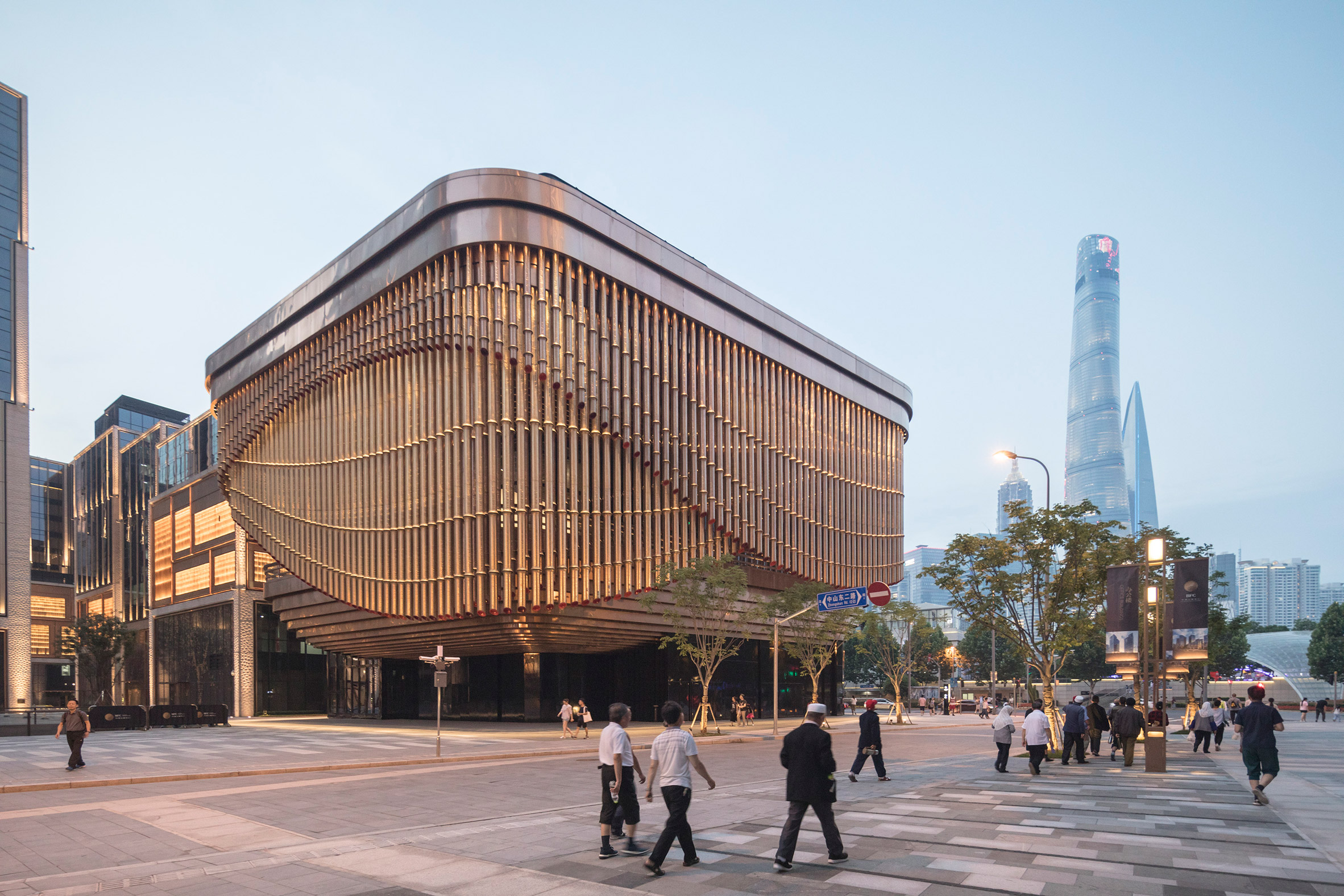 Thomas Heatherwick’s studio is also working currently another project in the Chinese city – a vast tree-covered development beside the art district. Drone footage taken this summer showed the stepped complex under construction, with a number of the 1,000 trees expected to cover it already installed. 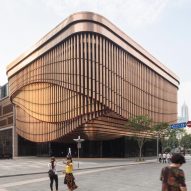