The first photos have been released of Norman Forster’s newly completed European headquarters for Bloomberg in London, which claims to be the world’s most sustainable office building. 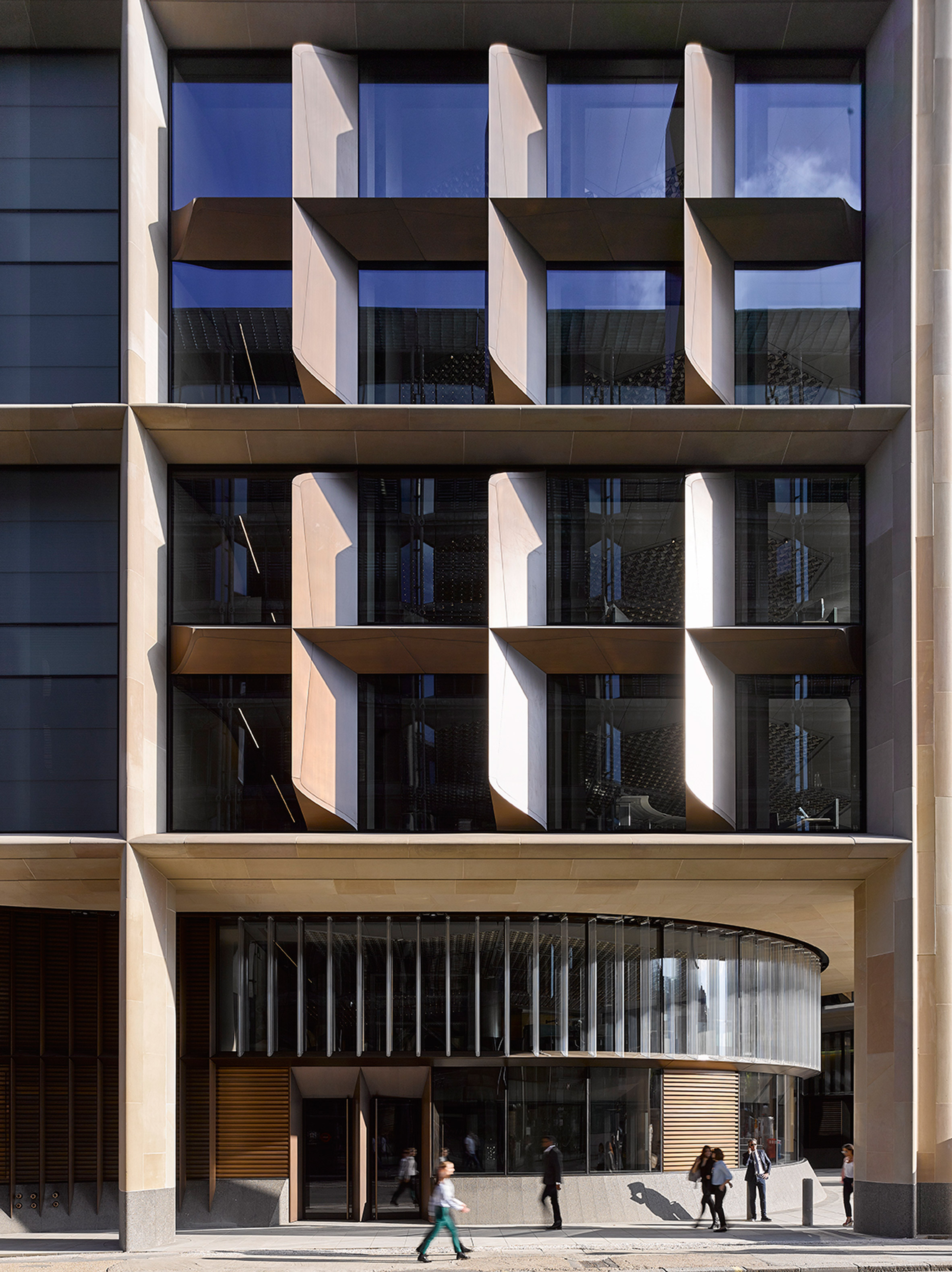 The building, which features a facade covered in rows of bronze louvers, was given a rating of Outstanding by BREEAM assessors, who ranks projects on environmental, social and economic sustainability.

“In some of our first discussions on the project, Mike Bloomberg and I arrived at a ‘meeting of minds’ on how the design of the new Bloomberg headquarters should incorporate the highest standards of sustainability,” said a statement from the firm’s founder, Norman Foster.

“The project evolved from thereon into a building that is one of the most sustainable in the world.” 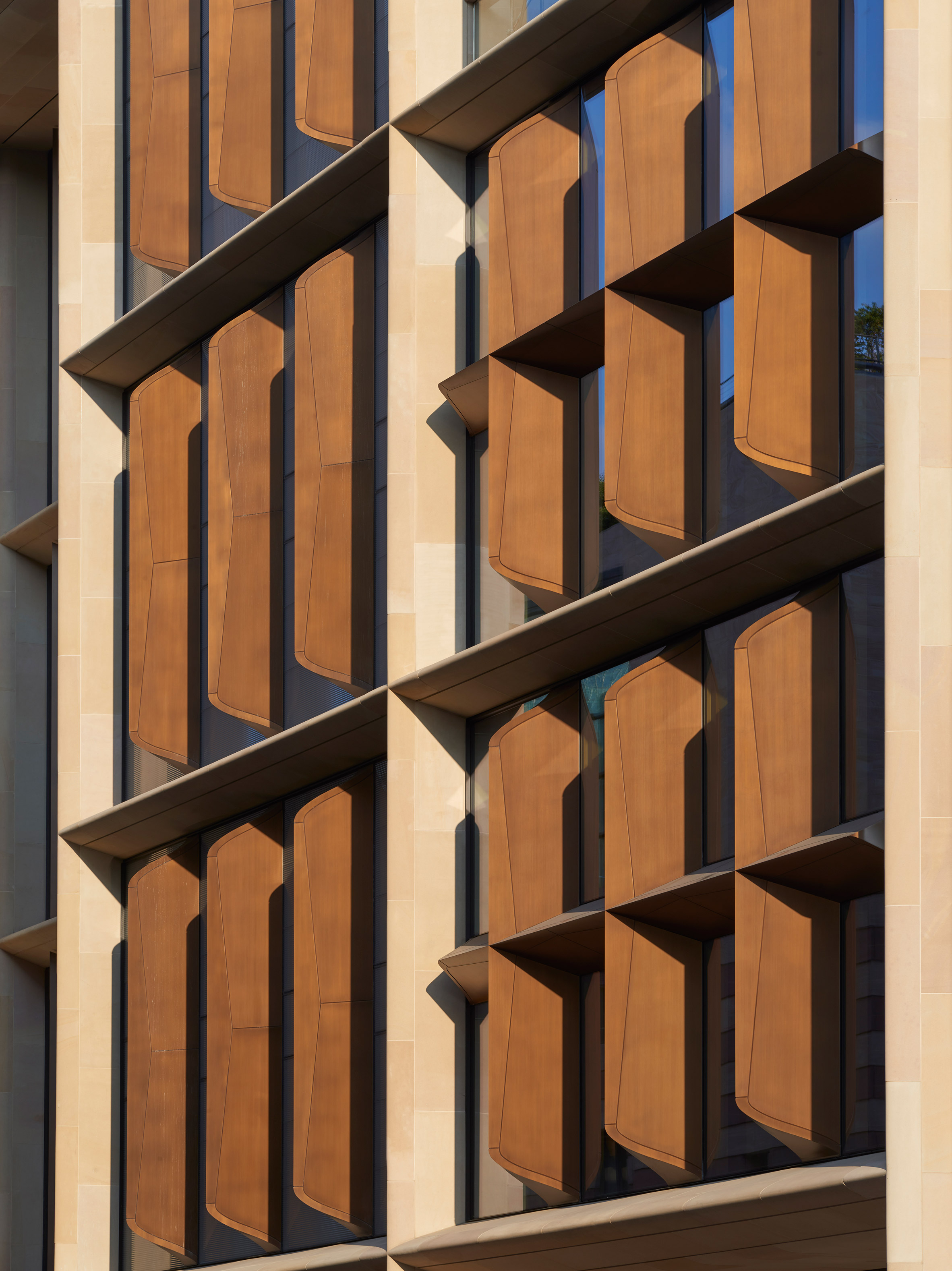 The building was given a score of 98.5 per cent against its criteria – the highest that has been achieved so far by a major office development. It is designed to use 73 per cent less water and 35 per cent less than a standard office building.

“We believe that environmentally friendly practices are as good for business as they are for the planet,” said Bloomberg’s founder Michael Bloomberg.

“From day one, we set out to push the boundaries of sustainable office design – and to create a place that excites and inspires our employees,” he added.

“The two missions went hand-in-hand, and I hope we’ve set a new standard for what an office environment can be.” 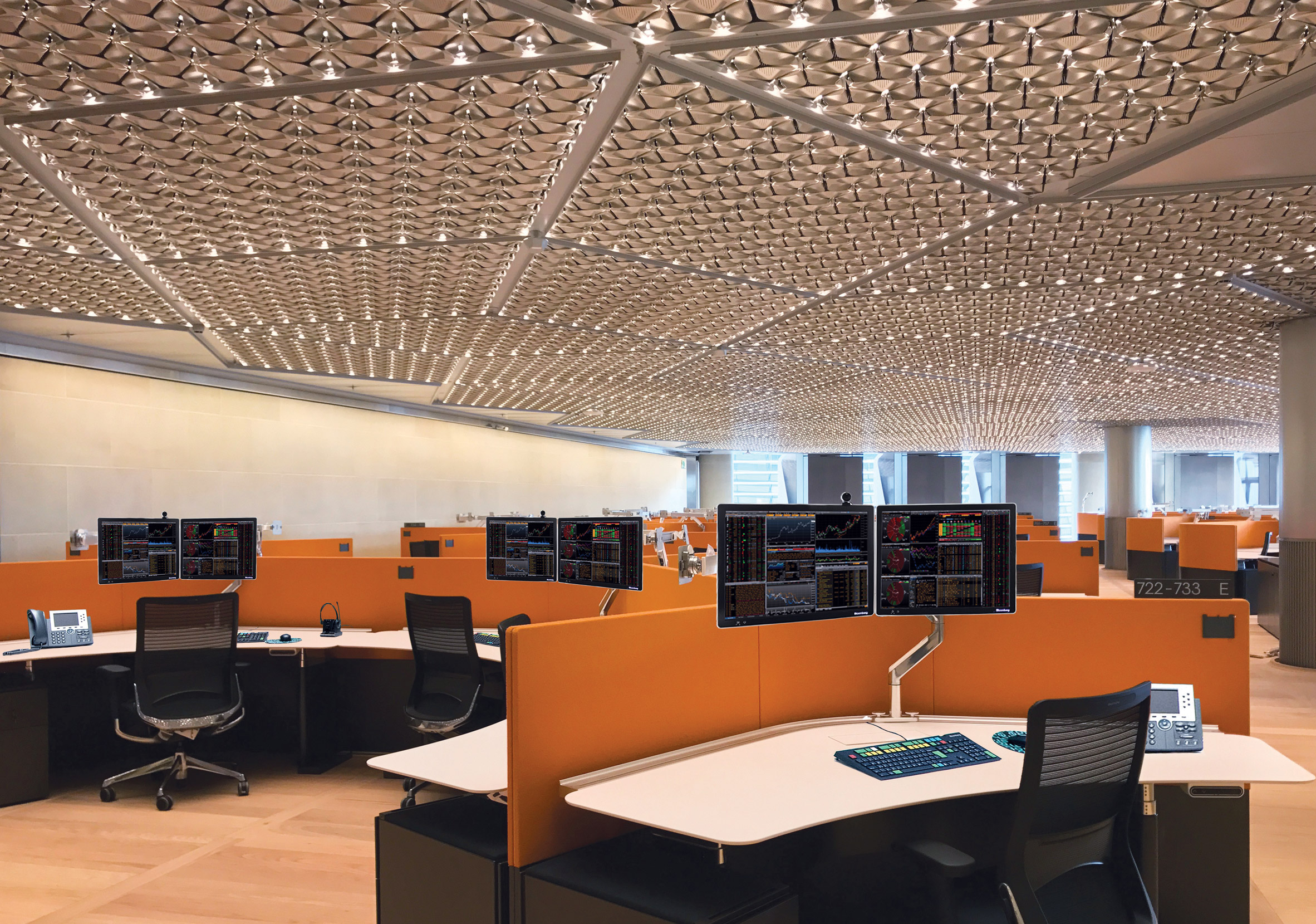 Distinctive bronze blades on the side of the building can be opened and closed according to the weather. This natural ventilation system will take the pressure off more energy intensive air-conditioning systems.

Bespoke ceiling panels with a petal design have been inset with 500,000 energy saving LEDs. The panels also combine heating, cooling and acoustic functions.

Smart sensors adjust airflow according to the number of people in each building zone at any one time, a system expected to reduce CO2 emissions by 300 tonnes a year. 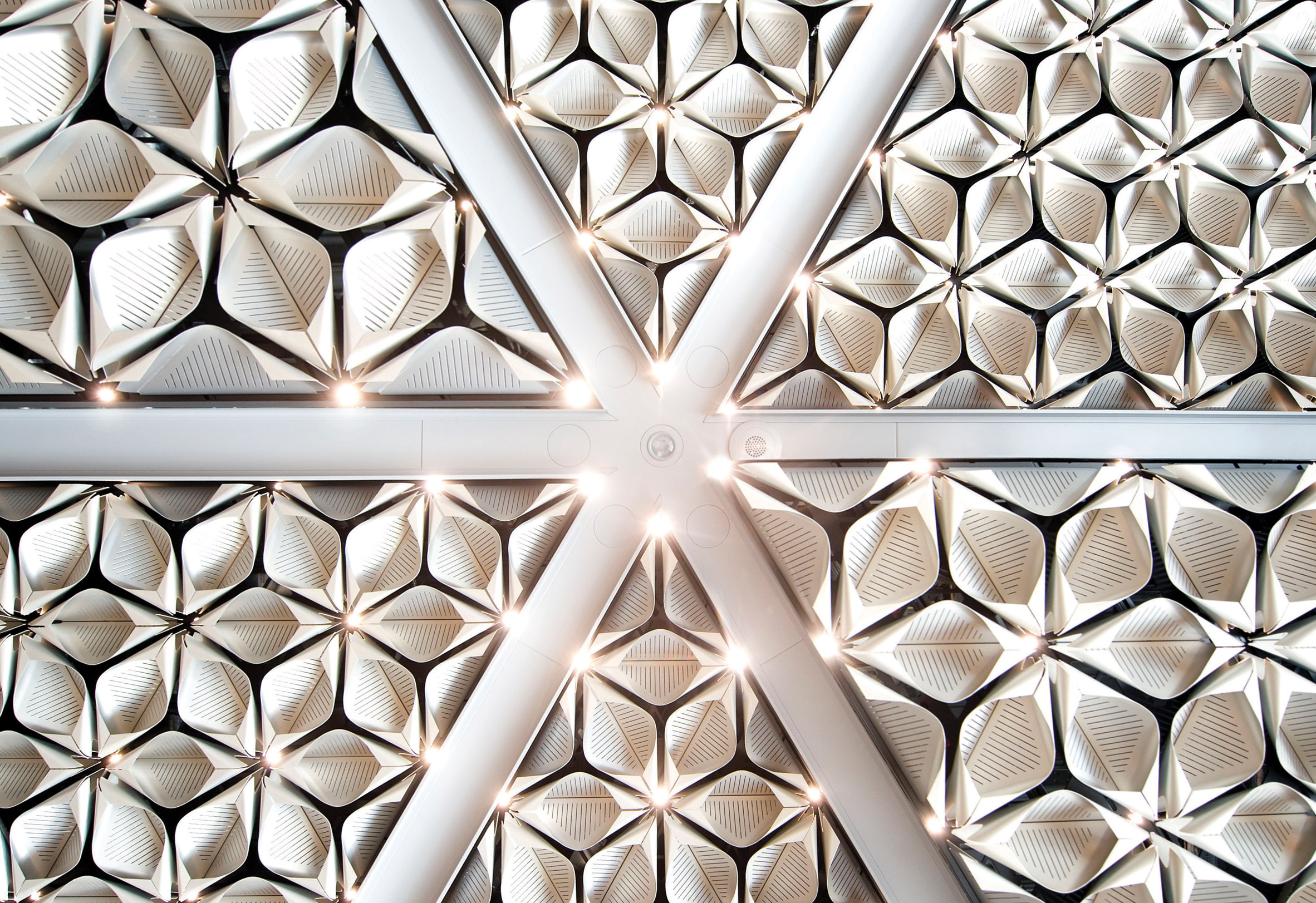 Rainwater from the roof and grey water from basins and showers in the building is recycled by the vacuum flush toilets, a system that the architects say will save 25 million litres a year.

“What sets the Bloomberg building apart is its relentless focus on innovation and its holistic, integrated approach to sustainable construction and design,” said Alan Yates, technical director of the BRE Global’s Sustainability Group, the parent company of BREEAM.

“Projects like these are really important in giving confidence to the industry to experiment,” Yates added. 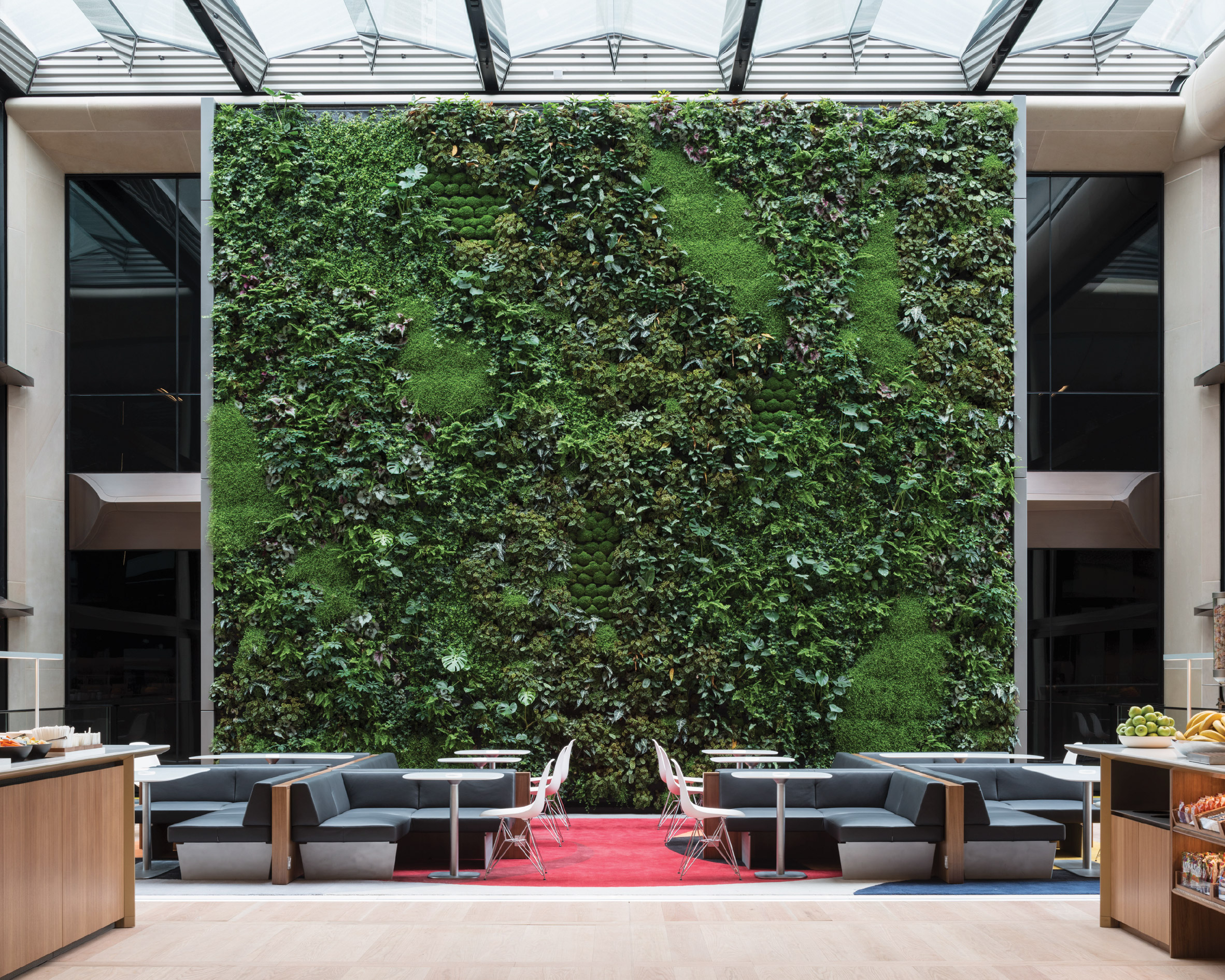 Bloomberg’s employees will be encouraged to adopt “active working” with sit-stand workstations, two on-site cycle centres and a wellness centre.

The headquarters sit between St Paul’s Cathedral and the Bank of England, on the site of an ancient Roman temple. Discovered in 1954 when it was excavated and moved to make room for building work, the project will see the Temple of Mithras returned to its original site housed in a double-height basement. 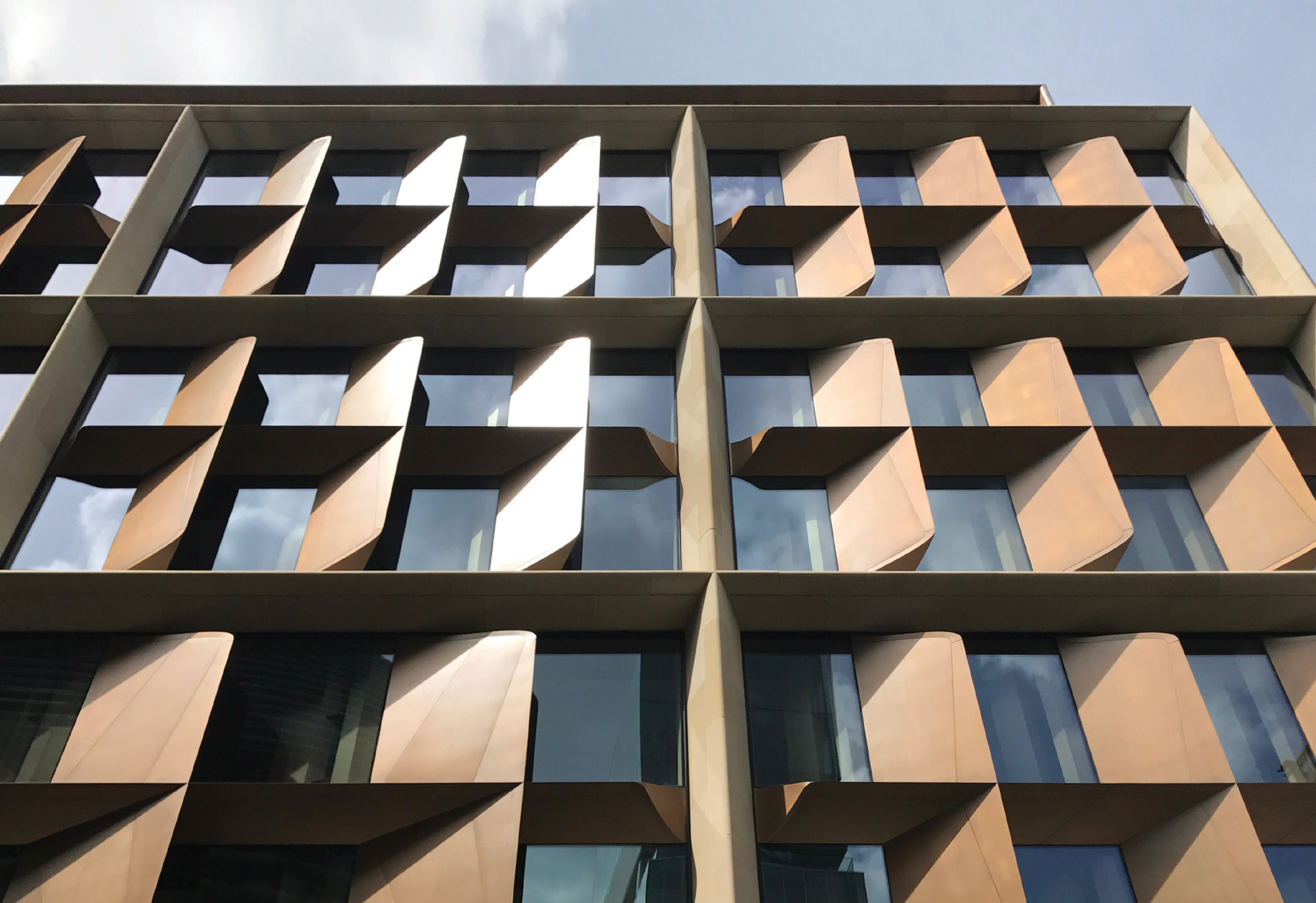 Covering over 3.2 acres of central London, the development has created 102,200 square metres of office and retail space.

The development consists of two triangular-planned buildings covered in hewn Yorkshire sandstone and bronze fins. A brass ramp spirals up through the centre of the building, while glass elevators face the exterior to give views out over London.

The buildings are connected at ground level by a restaurant-filled arcade and by a mid-level bridge. Called the Bloomberg Arcade, the through-way reinstates a Roman road that originally ran through this part of the capital.

Three new plazas will be open to the public, two of which feature specially commissioned works of art. The development also includes a theatre, and a new entrance to Bank underground station. 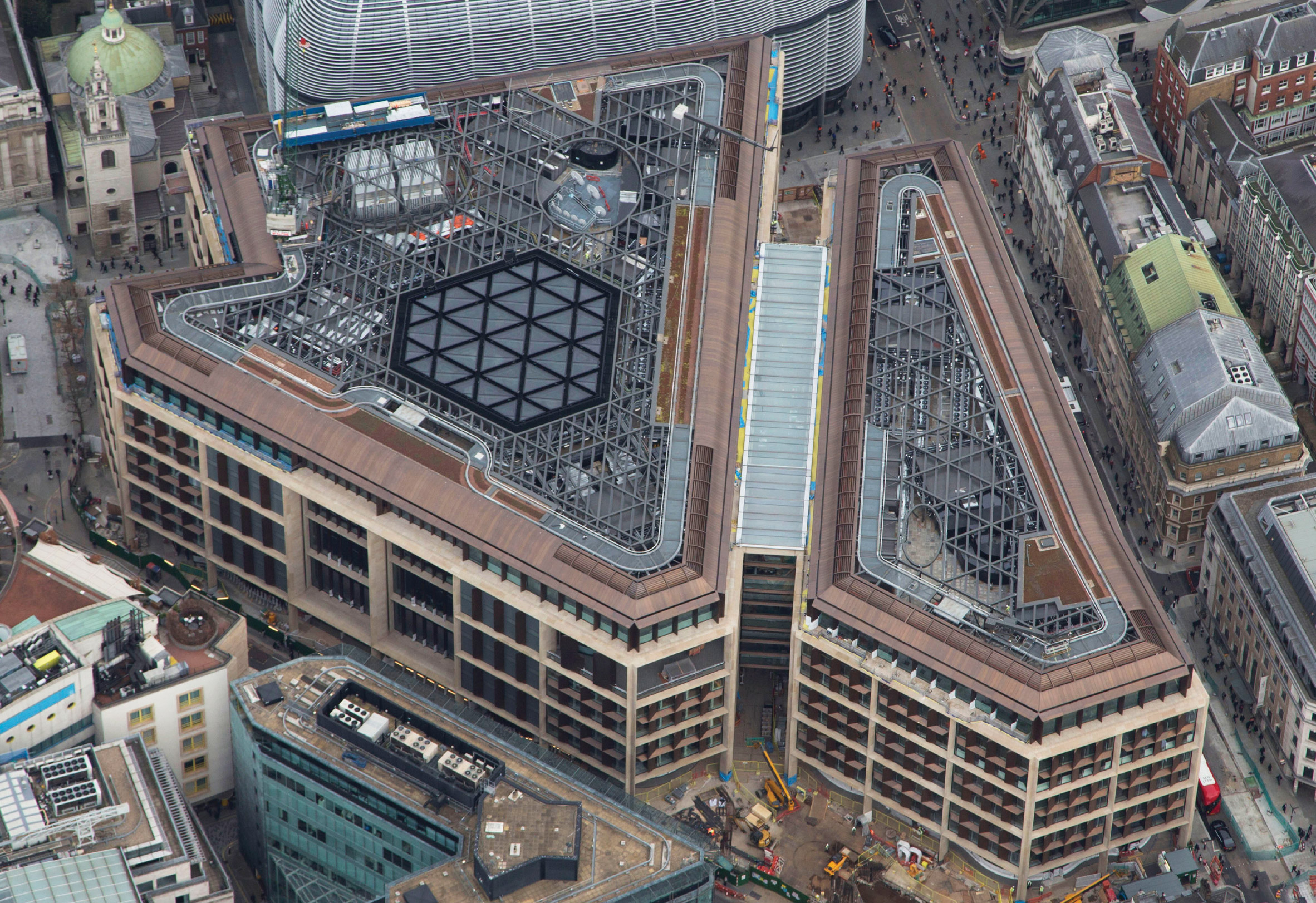 The Bloomberg European Headquarters will be officially opened on 24 October 2017.

The City has seen several major office projects in recent years, including the recently completed Leadenhall building by Rogers Stirk Harbour + Partners, and Rafael Viñoly’s 20 Fenchurch Street – known as the Walkie Talkie – which in 2015 received the dubious honour of the Carbuncle Cup for the UK’s worst new building.

The post Foster + Partner’s Bloomberg headquarters is the “world’s most sustainable office” appeared first on Dezeen.