Filigreed carbon-fibre shutters fold around the oriel window of Foster + Partners‘ Apple Store in Dubai, shading the shop floor during the day but opening at night to views of the Burj Khalifa. London firm Foster + Partners based its design of the Apple Dubai Mall on the traditional Arabic mashrabiya, a projecting bay window enclosed by decorative wooden screens.

Set over two floors of the Dubai Mall in the United Arab Emirates city, the shop’s main feature is its 56-metre-long sweeping terrace that gives views to the world’s tallest building: the 830-metre-tall Burj Khalifa. Carbon-fibre screens designed to protect the space from the sun pivot out to enclose the space during the day but open to give access to the terrace at night. The movement of these “solar wings” is intended to echo the motion of an eagle flapping its wings. 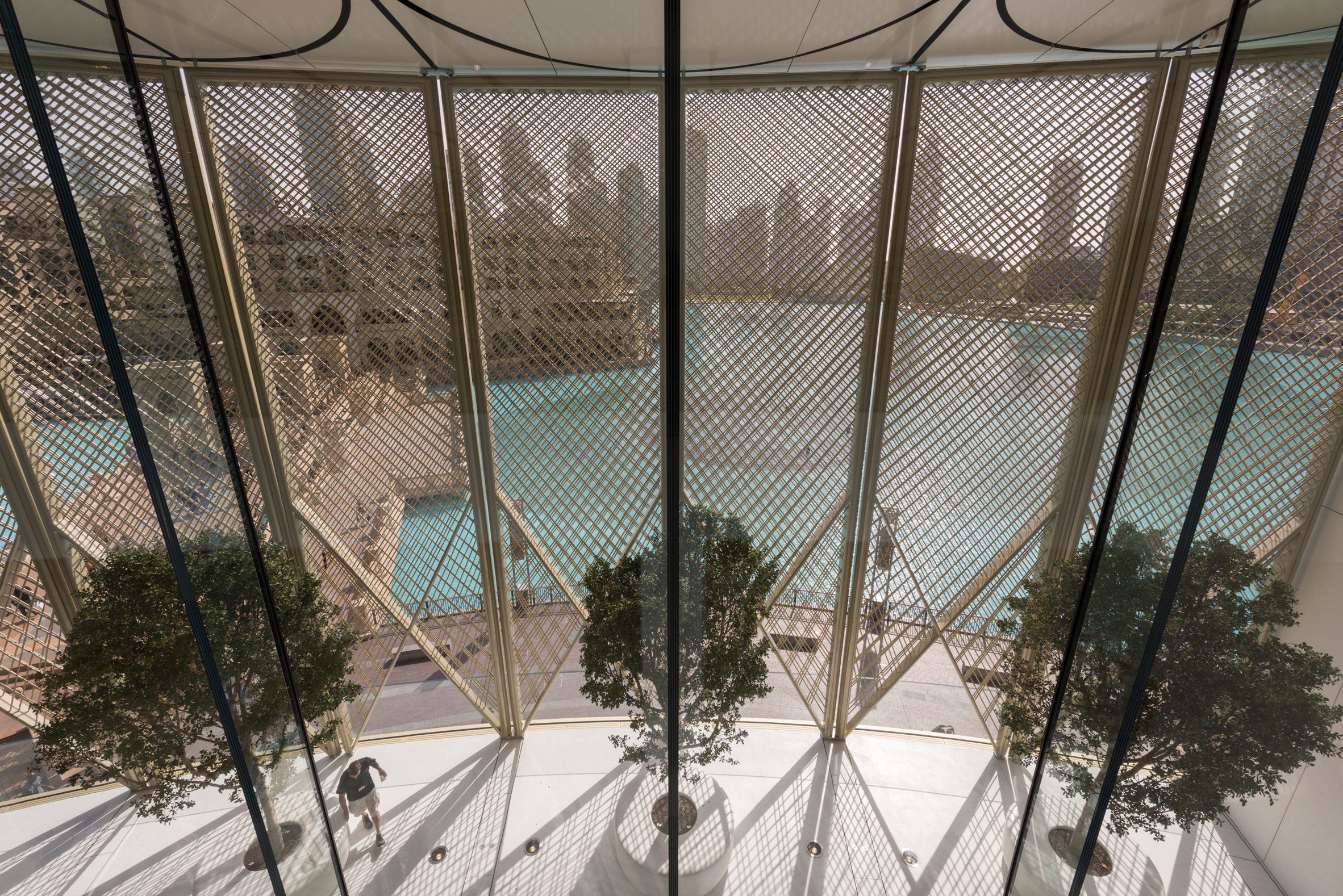 “The opening and closing of these majestic solar wings is analogous to a delicate ballet recital – but on a monumental scale,” said Foster + Partners’ head of studio Stefan Behling.

“In some ways it is a very spiritual experience, with the sun streaming through them and creating the most delicate and beautiful patterns of light and shade – a seamless blend of technology and culture.” 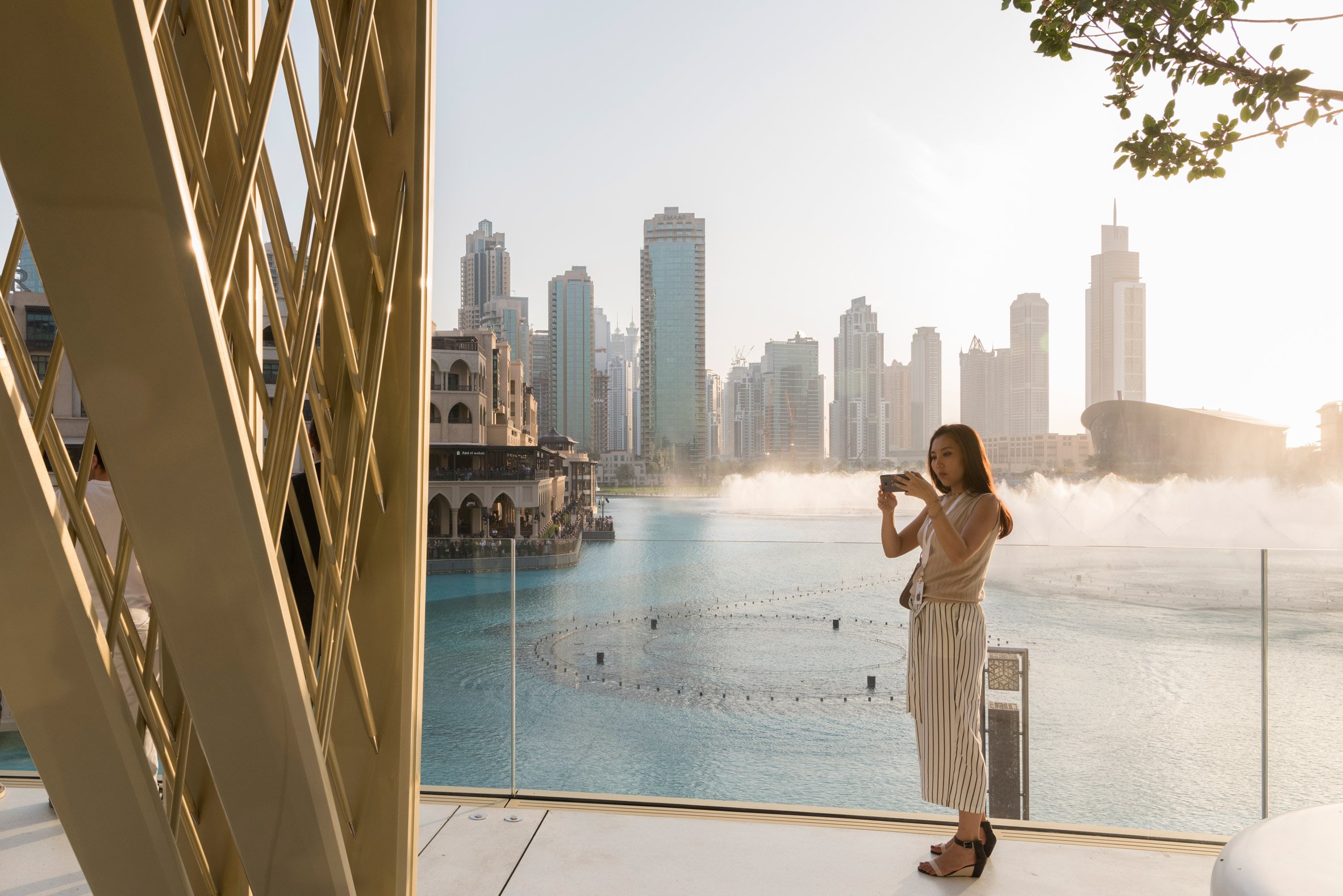 Like the Apple Stores Foster + Partners has previously designed in London and San Francisco, the shop features a series of cylindrical planters with full-sized trees.

The planters are designed to mechanically rotate to ensure the trees receive even sunlight, and seating integrated into theirs edges gives customers a place to admire the view. 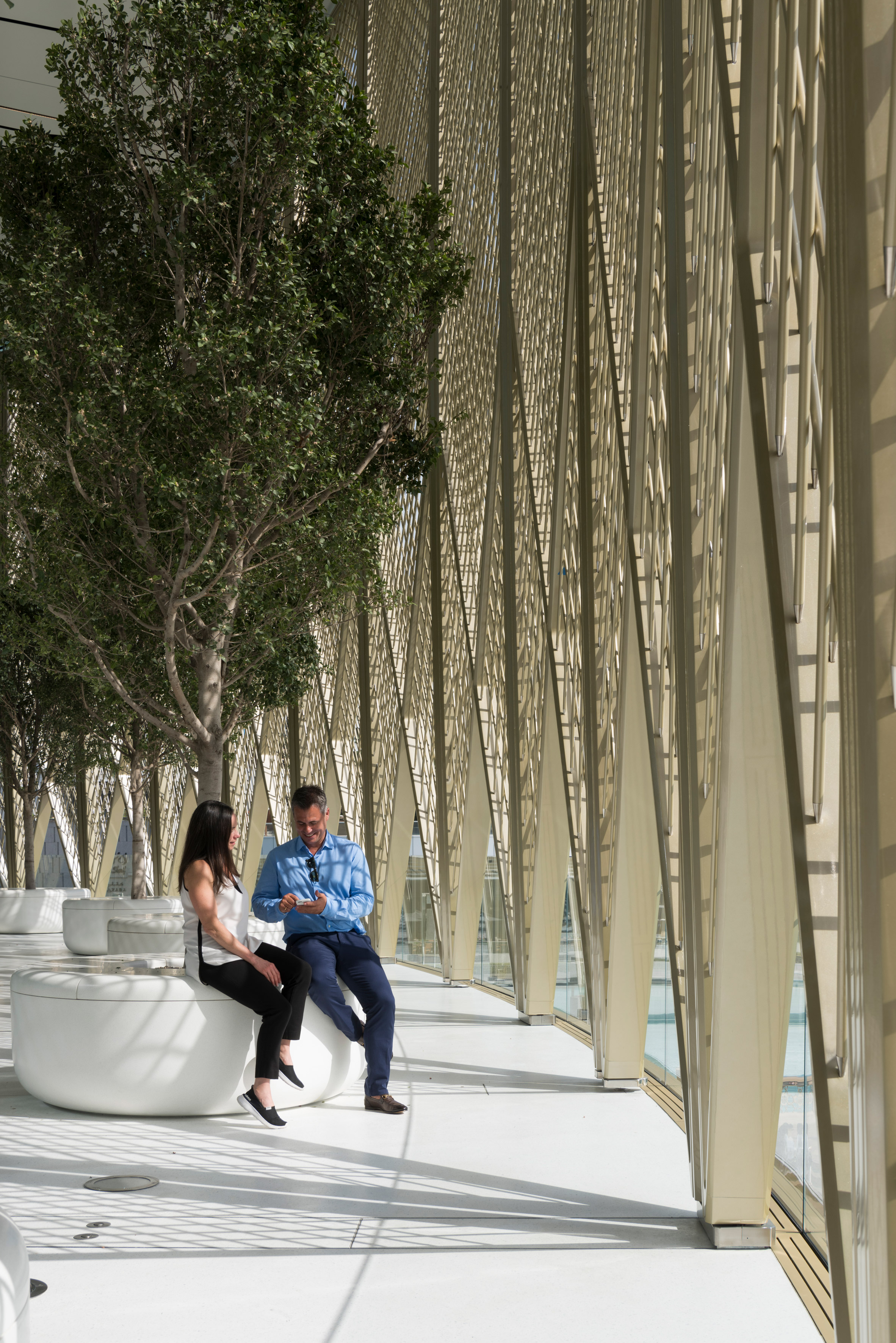 A display dedicated to Apple accessories is located on the lower level of the store alongside the trees in an area named The Avenue.

The store will also be the first to launch the new masterclass programme, Today at Apple, which will offer training on photography and filmmaking, among other skills. “The design of Apple Dubai Mall is about creating an exceptional architectural and social experience for visitors, bringing to the fore new ideas about the evolving role of Apple flagships in the community,” said Behling. “I am sure Apple Dubai Mall will become a true people’s place.” 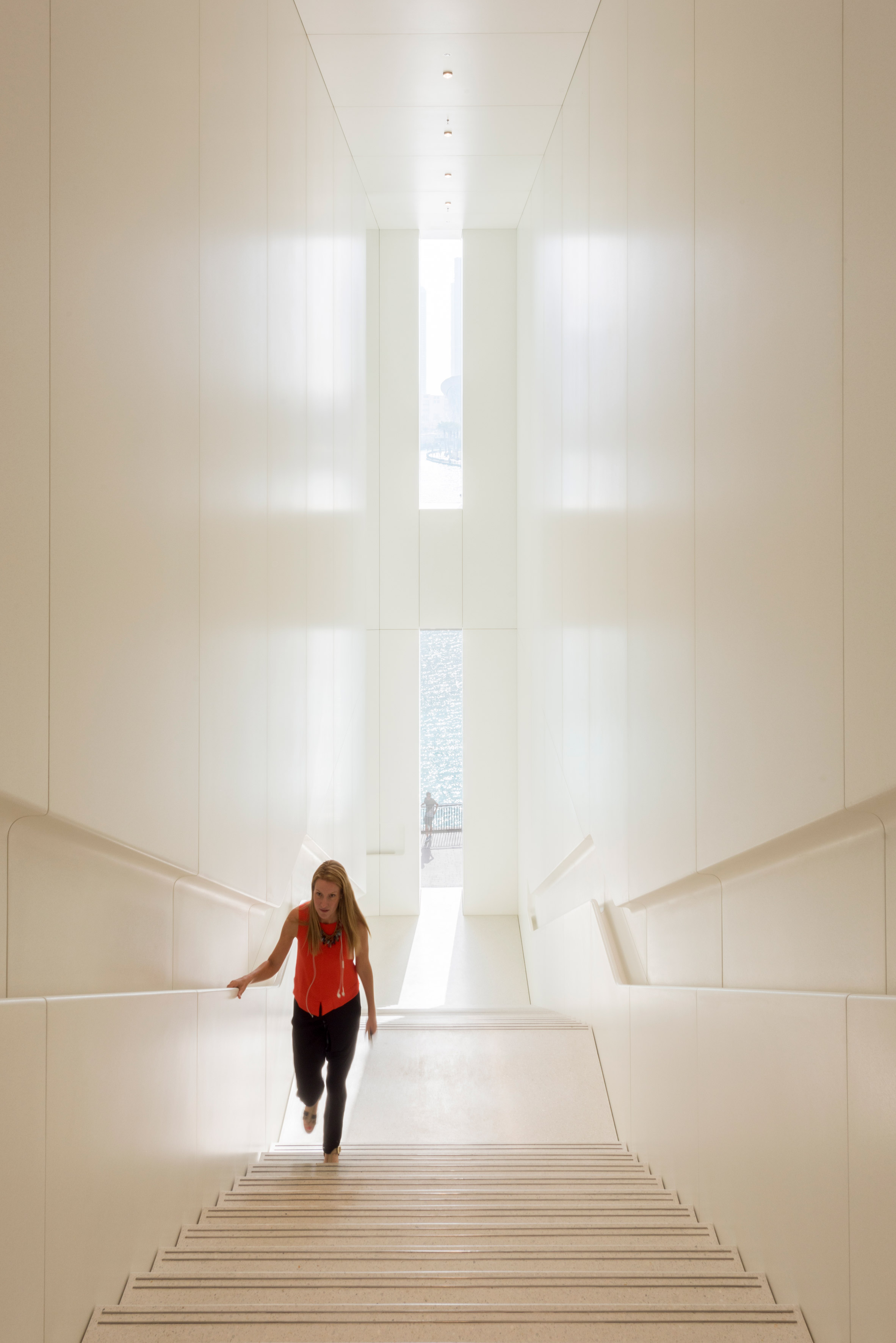 Foster + Partners came in at number 13 on Dezeen Hot List – a guide to the most read-about architects, designers and institutions of the last year.

The firm, headed by Norman Foster, is currently working to put the final touches to a campus for Apple in Cupertino, California, a huge ring-shaped building that will eventually be surrounded by trees.

It has active projects of varying scales around the world, including a set of stations for the Sydney Metro, a tower complex in Mecca and a monkey enclosure for London Zoo. 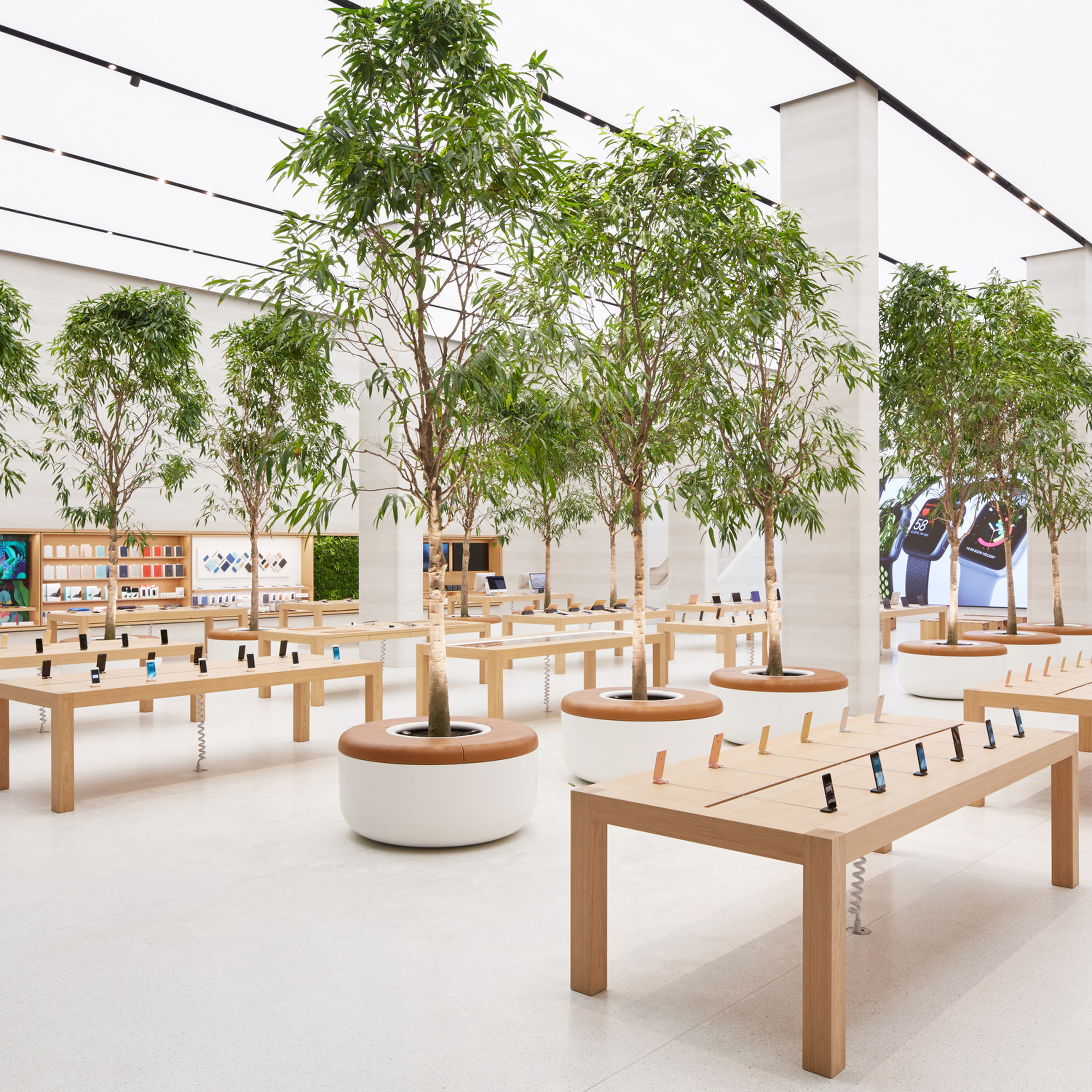