Pritzker Prize-winner Fumihiko Maki has completed an educational centre, with a series of roof spaces, terraces and courtyards that contain eight Islamic gardens, for the Aga Khan Foundation.

The nine storey block, which stands next to a millennial-pink office designed by Duggan Morris, is the latest building to be completed as part of the development of King’s Cross, London. 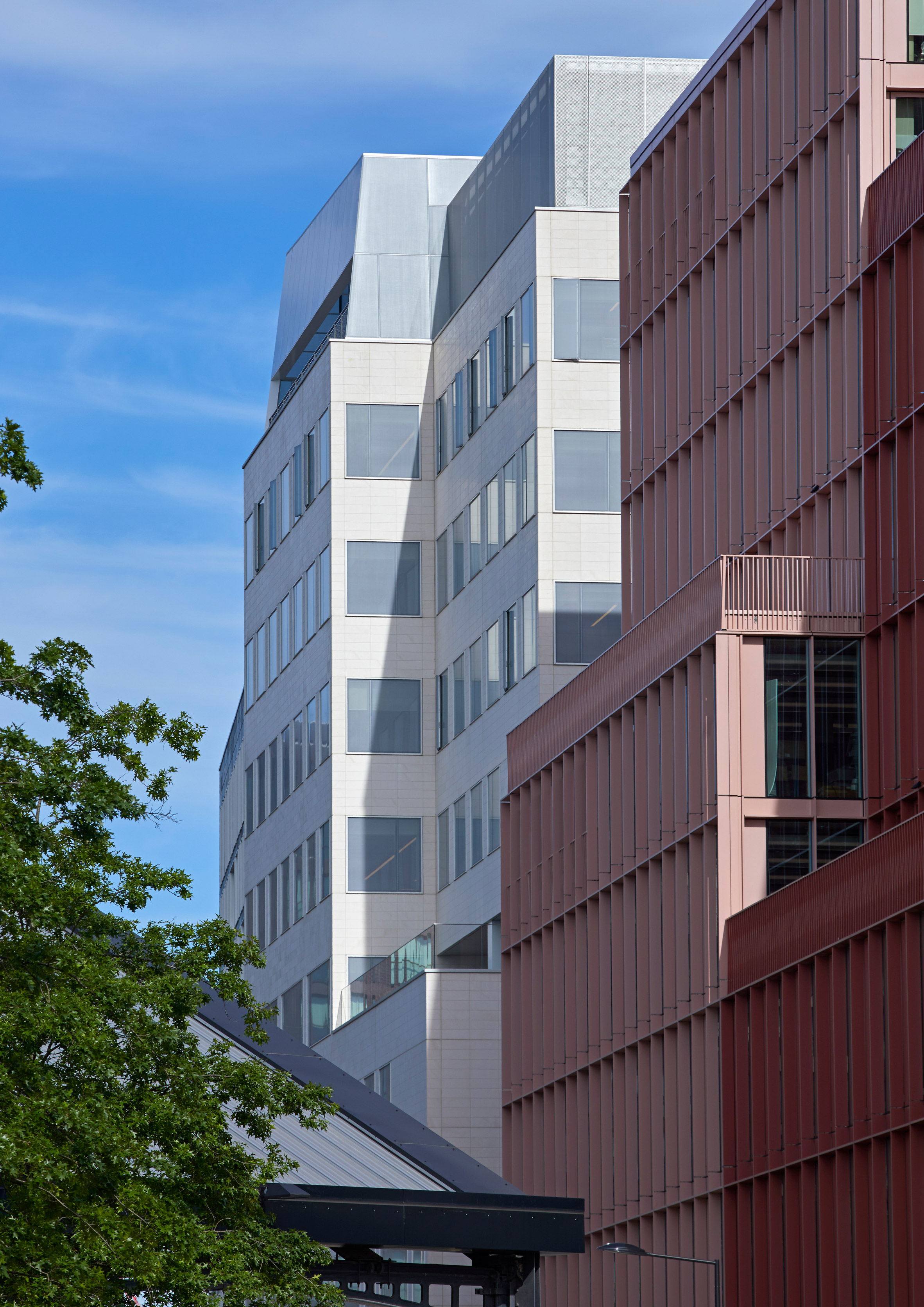 Containing facilities for research and education, as well as offices for the Aga Khan Foundation’s development organisations, the building is arranged around a central atrium that stretches its full-height.

The design also incorporates eight Islamic gardens located alongside the building, and on roof gardens, terraces and courtyards inside the educational centre.

The gardens and terraces take inspiration from Islamic communities around the world, including those in North Africa, Spain, the Middle East, Iran and India

“This place [King’s Cross] has been shaped by many diverse influences – and among them we now welcome the rich traditions of Islamic architecture,” said His Highness the Aga Khan, at the building’s opening.

“One of those traditions– one that is appreciated by both the Islamic and the British cultures – is the special importance of the garden,” continued the Aga Khan. “We see the garden not merely as an adjunct to other constructions, but as a privileged space unto itself.”

The building contains six outdoor spaces, with a further two Islamic gardens nearby in King’s Cross, which all have a distinct identity inspired by different regions in the Islamic world.

“Taken together, this winding ribbon of special spaces is an eloquent tribute to the rich diversity of the Muslim world,” continued the Aga Khan.

The ground floor contains the reception area and a gallery, with the eduction spaces including the staff and student lounges and seminar rooms on the two floors above.

The first floor contains an outdoor space called the Garden of Tranquillity, which is arranged around a central fountain and overlooks the neighbouring Jellicoe Gardens.

The Aga Khan Library, which contain secure storage facilities for rare books and manuscripts, is spread across the third and fourth floor. The library’s upper level contains the Terrace of Learning – the second Islamic garden – which took its inspiration from the cloisters and courtyards of Spain, Morocco and Egypt.

Above the library are four floors of offices for the Aga Khan’s education and development organisations: the Institute of Ismaili Studies, the Aga Khan University’s Institute for the Study of Muslim Civilisations and the Aga Khan Foundation UK. 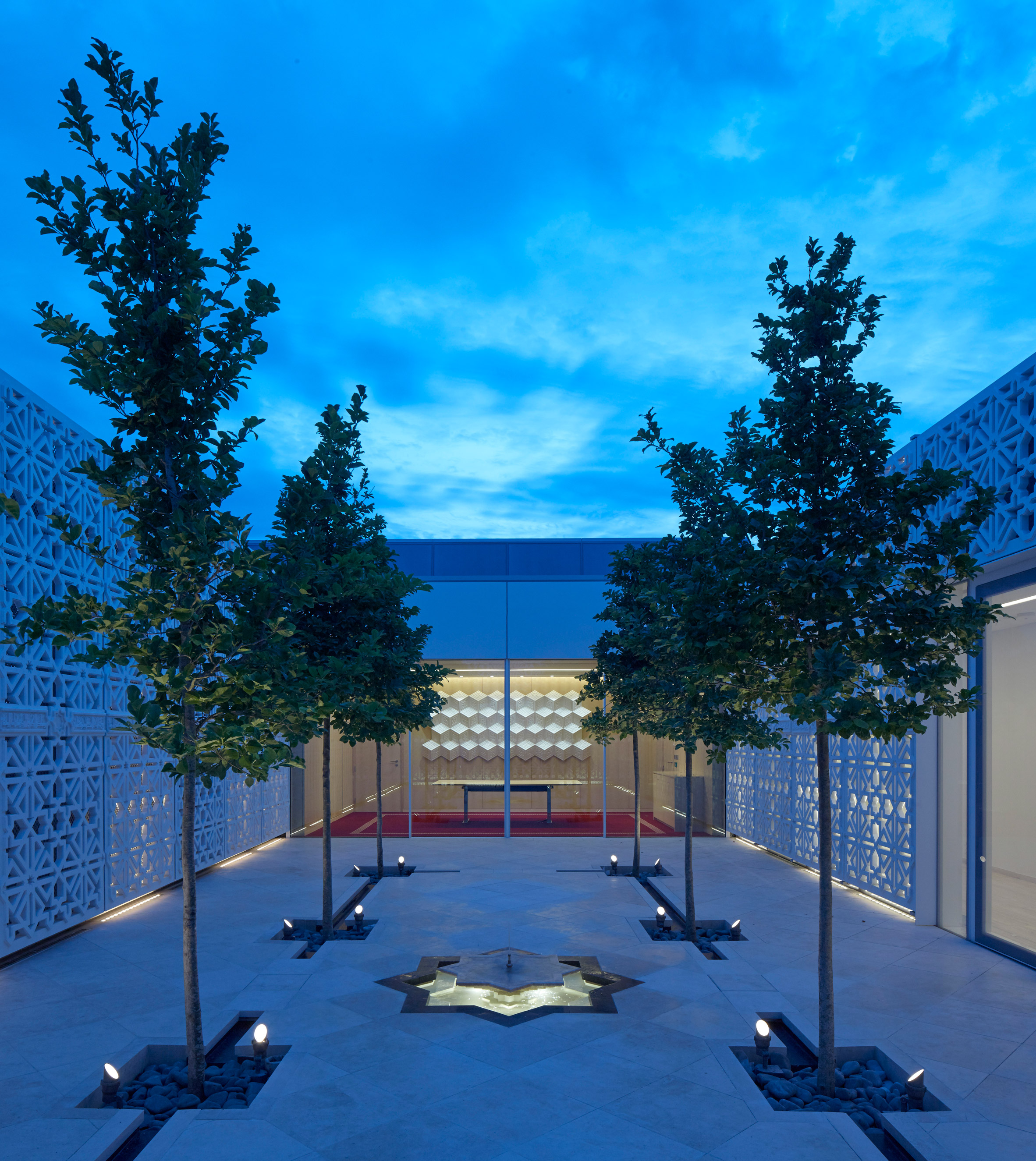 On the fifth floor the Courtyard of Harmony that takes its form from an iwan – a small outdoor space walled on three sides commonly found in the Middle East and central Asia.

The building is topped by two executive meeting rooms and three further Islamic gardens the Garden of Life, Terrace of Discovery and Garden of Light.

“My strong expectation is that, from this new home, our education-oriented institutions will contribute powerfully to building new bridges of understanding across the gulfs of ignorance,” said the Aga Khan.

“As that happens, one important source of inspiration will be the place from which these institutions will be working – and that brings us to the second value I mentioned earlier – the inspiring power of architecture.” 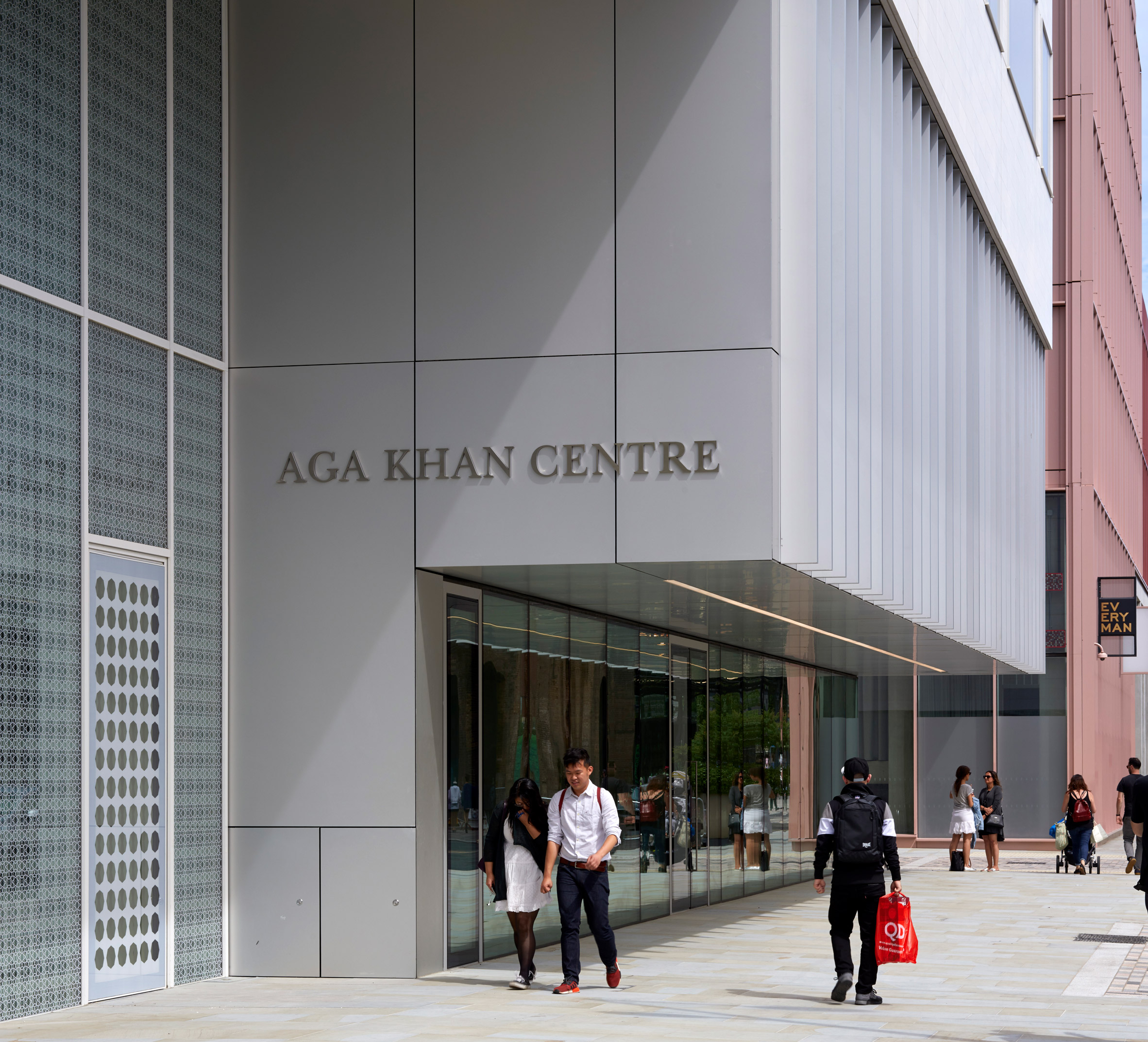 The Aga Khan Foundation was established in 1967 by the Aga Khan, who is the spiritual leader of the Ismaili Muslims, to improve the quality of life and enhance self-reliance in Asia and Africa.

The foundation organises the Aga Khan Award for Architecture, which is one of the world’s most lucrative architecture prizes. Winners in 2016 included Zaha Hadid and BIG.

Maki has previously designed two buildings for the foundation in Canada, its offices in Ottawa and the Aga Khan Museum in Toronto. The architect has also designed a V&A-backed design museum in Shenzhen.

Photography is by Edmund Sumner unless stated.