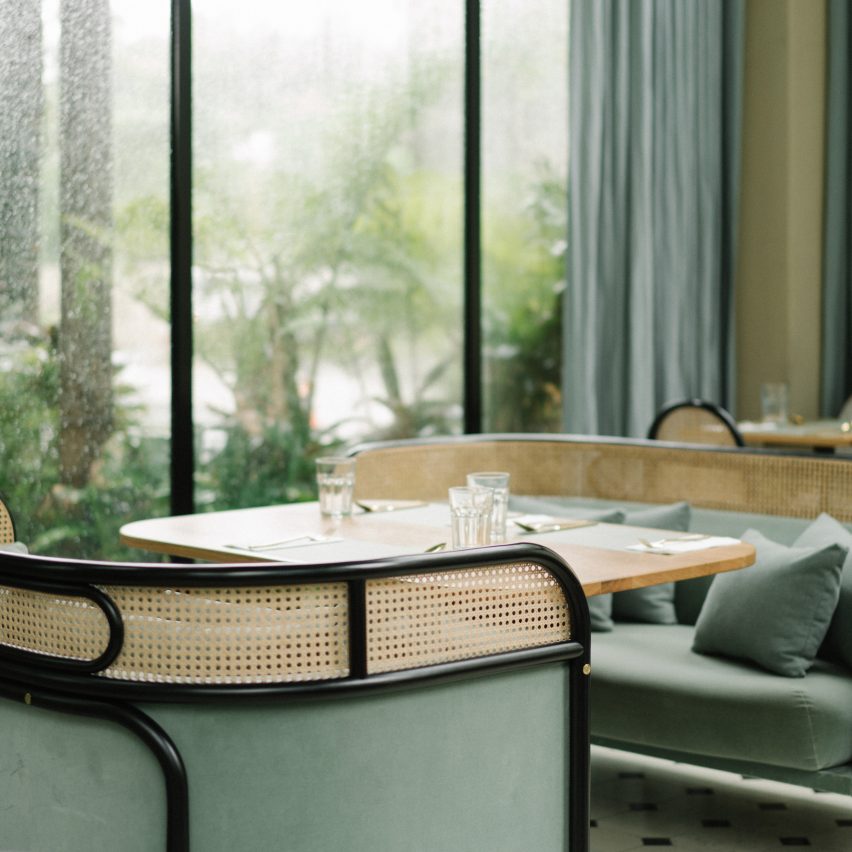 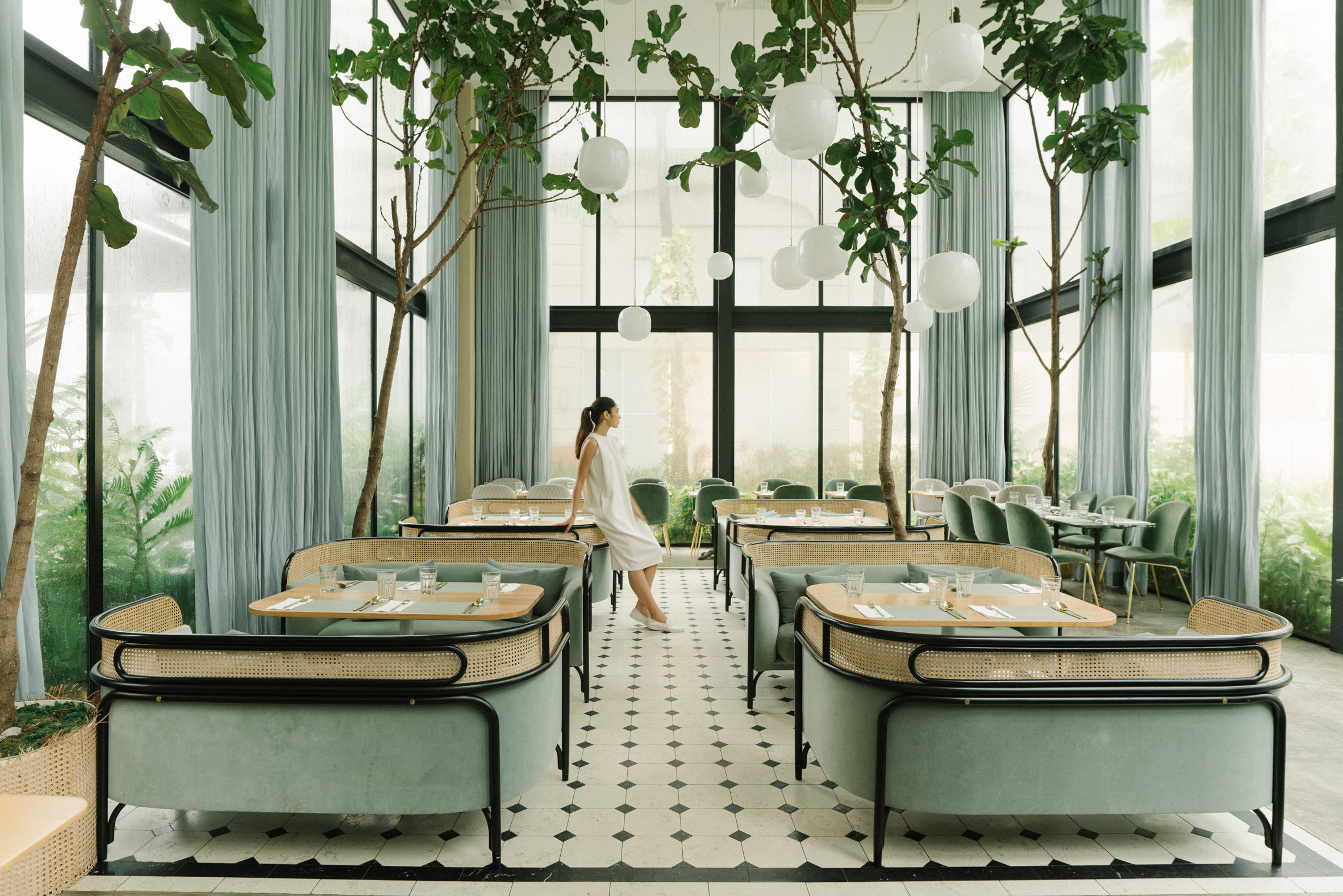 The 60-seater Harlan + Holden Glasshouse Cafe is located in a 130-square-metre garden plot in front of one of Manila’s most popular shopping malls.

Surrounded by pedestrian traffic that moves between nearby skyscrapers offices and the mall, the street level cafe was designed to bring the small outdoor green space to life. 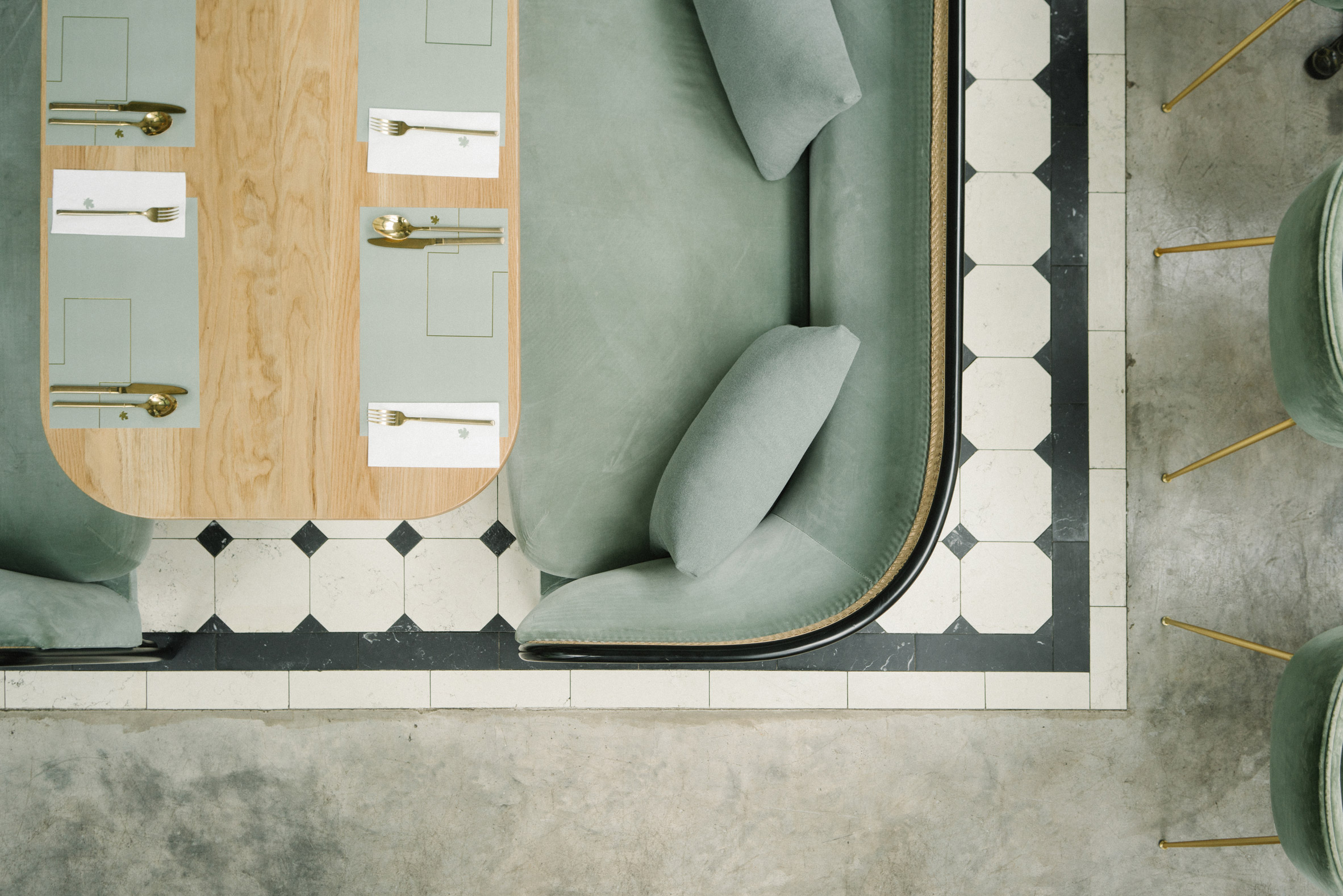 “The idea was to take inspiration from a glasshouse to emphasise the relationship with the outdoor space and maintain contact with the tropical nature that was already present in the area,” said GamFratesi, which was tasked with developing the cafe’s interiors.

“This breaks down the boundaries between indoor and outdoor.” 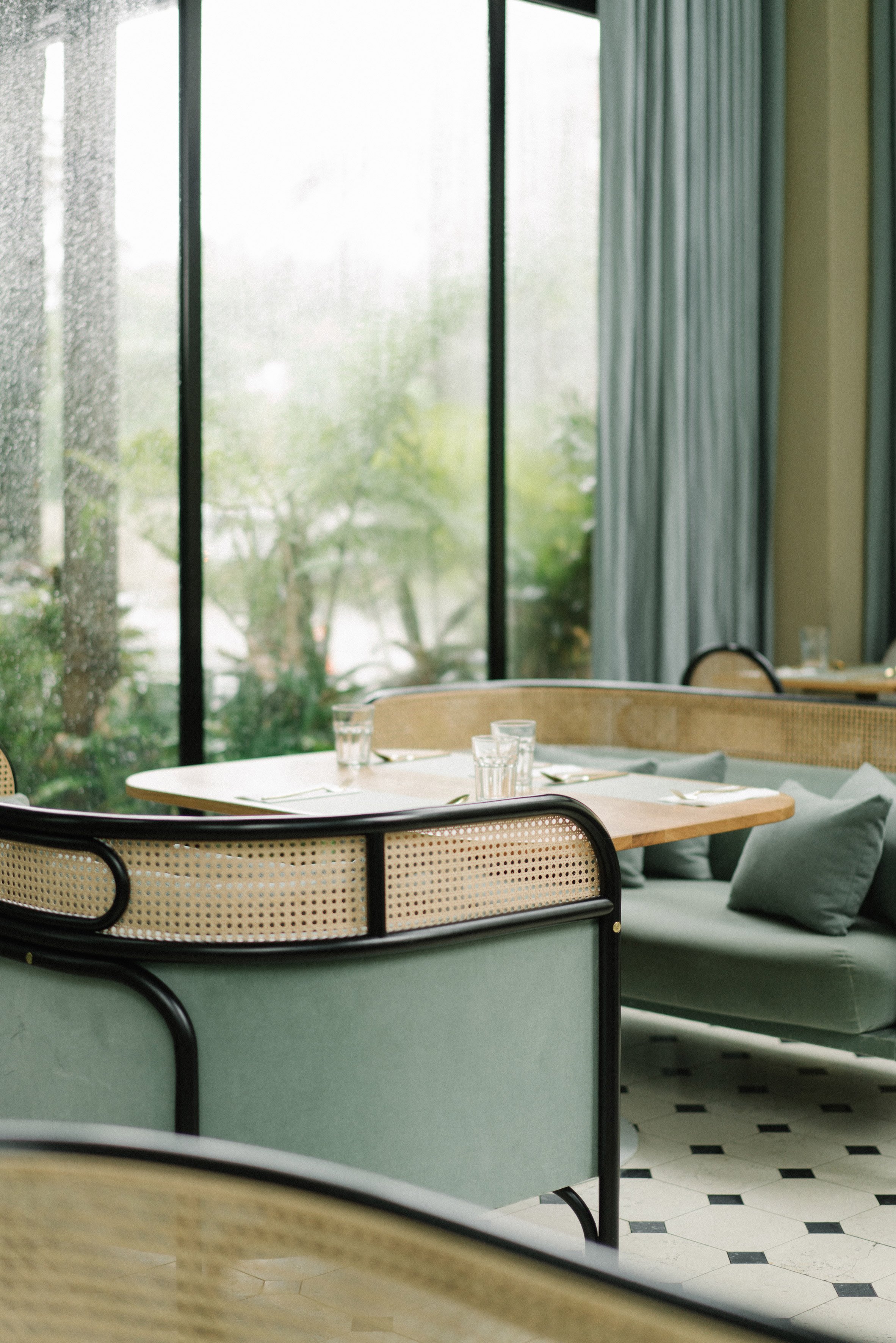 Surrounded by double-height glass windows, the space is lined with fig trees in cane planters and mint green curtains that match the upholstered seating.

A combination of materials such as stone and terrazzo were selected for the bar, while two marbles in contrasting black and white were used to create a decorative carpet effect around the sofa areas. Tabletops alternate between wood and stone. 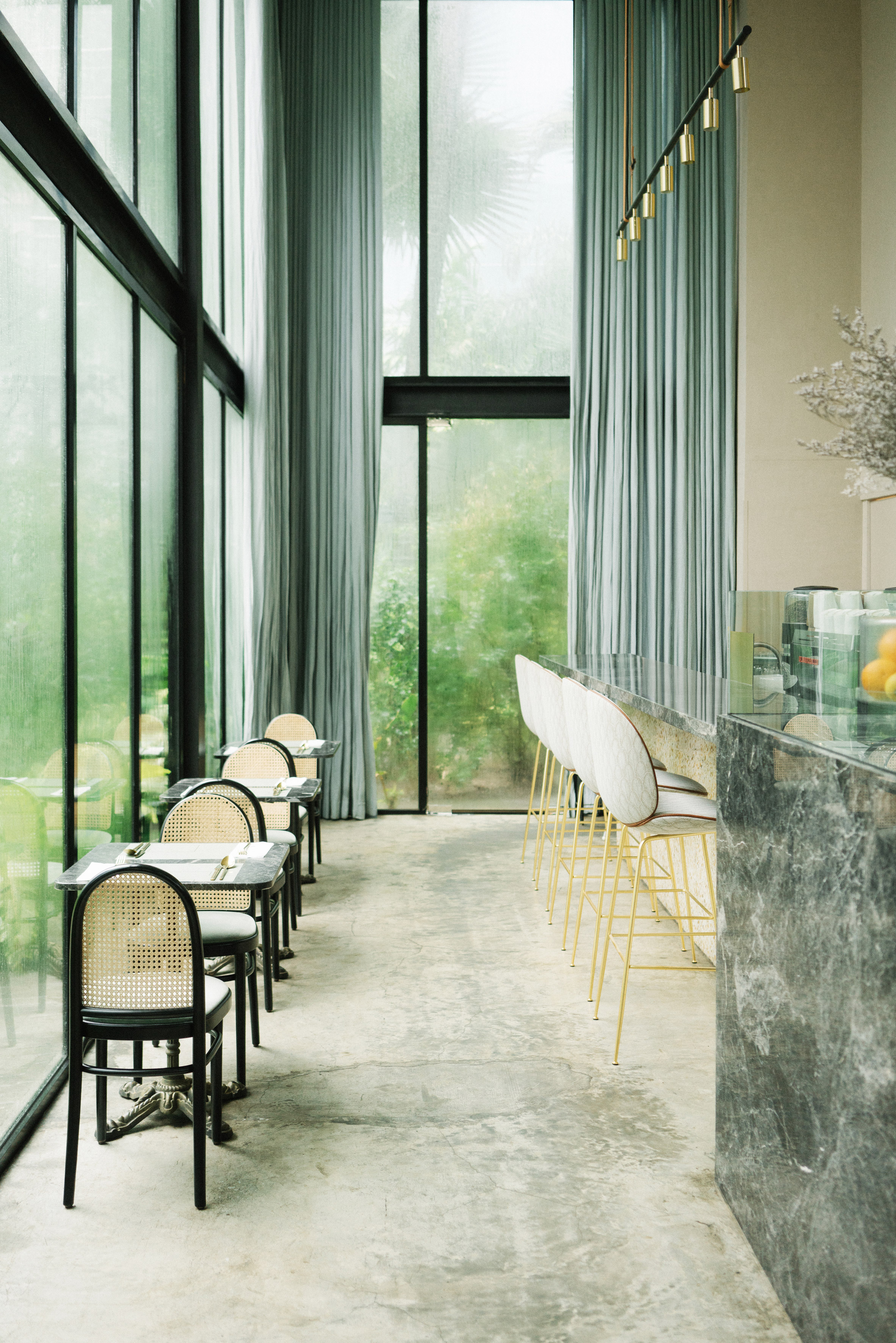 In keeping with the modern glasshouse theme, the Copenhagen designers selected cane furniture, such as the bentwood Morris chair and the Targa sofa, which the duo designed for Gebruder Thonet Vienna in 2015.

The Beetle bar stools that the studio created for Danish brand Gubi in 2014 also line the bar, upholstered in quilted velvet fabric and set on a brass frame. 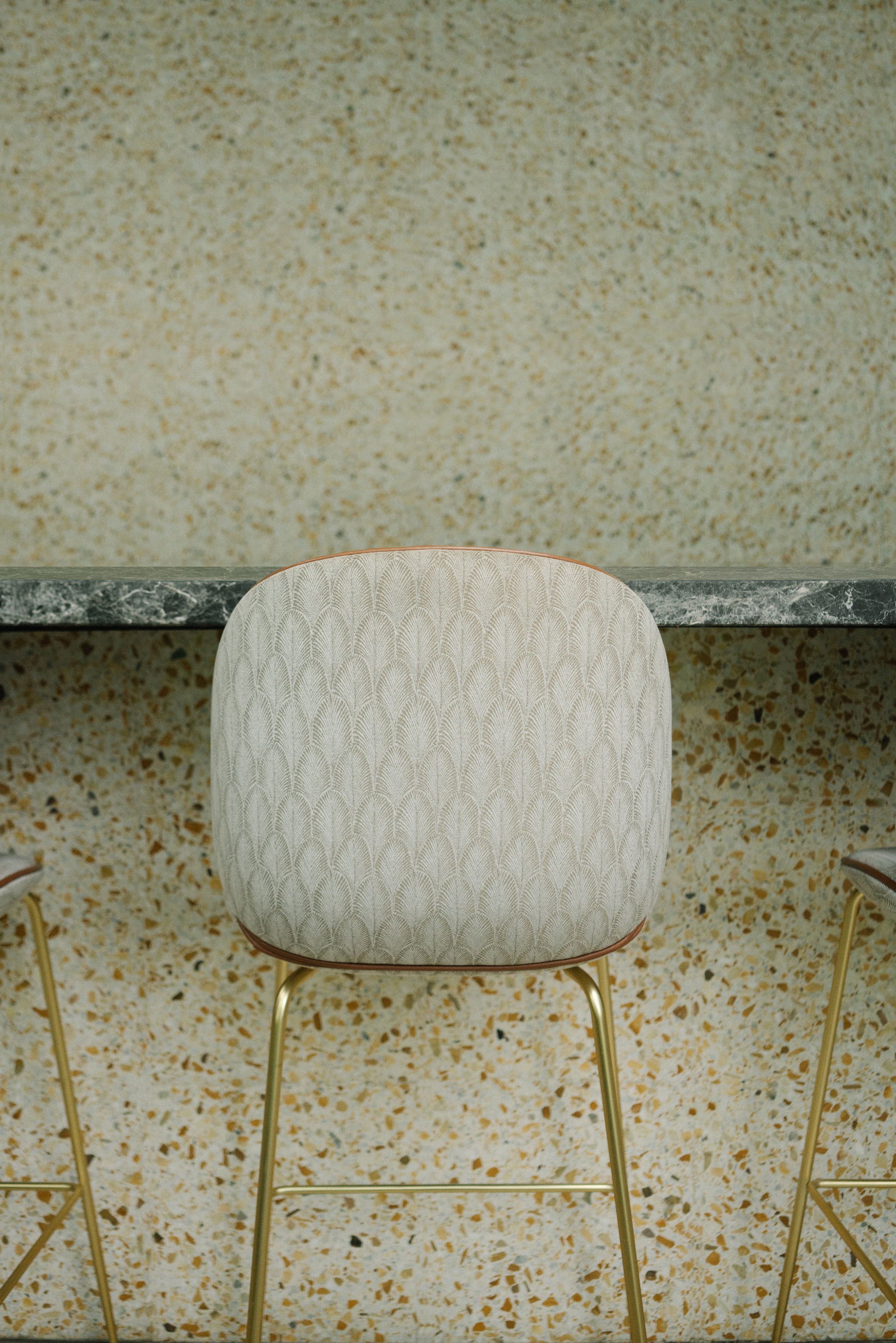 Founded by designers Stine Gam and Enrico Fratesi, GamFratesi has created furnishings for a host of brands including Ligne Roset, Casamania and Porro. It has also produced a collection of lamps for Louis Poulsen that can be slid or rotated to adjust light settings.

Back in 2017, the studio fashioned interiors for the two restaurants inside the Maison Du Danemark in Paris, decking out both in grey tones and mid-century Danish furniture pieces.