British architecture studio MICA has completed a boarding house in the grounds of Stowe School in England, featuring an assemblage of pale-brick volumes including a cylindrical tower and glazed bridge. 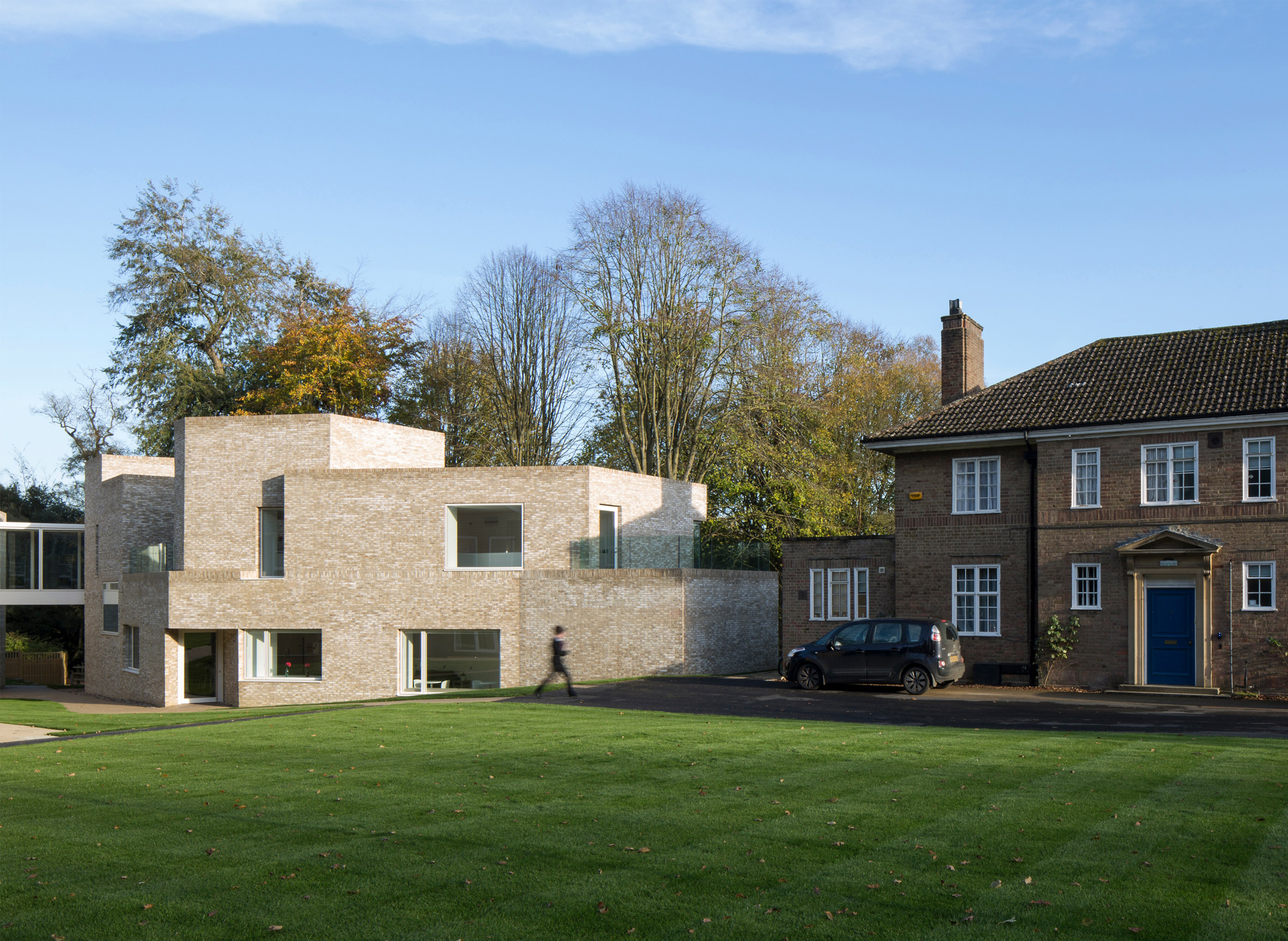 Stowe School is an independent school in Stowe, Buckinghamshire, which was founded in 1923 and is situated within 750 acres of landscaped gardens that also accommodate the 17th-century Stowe House.

The school has recently invested more than £30 million to enhance its educational and boarding facilities, with MICA overseeing a 25-year masterplan that has already involved the completion of two other boarding houses and an arts facility. 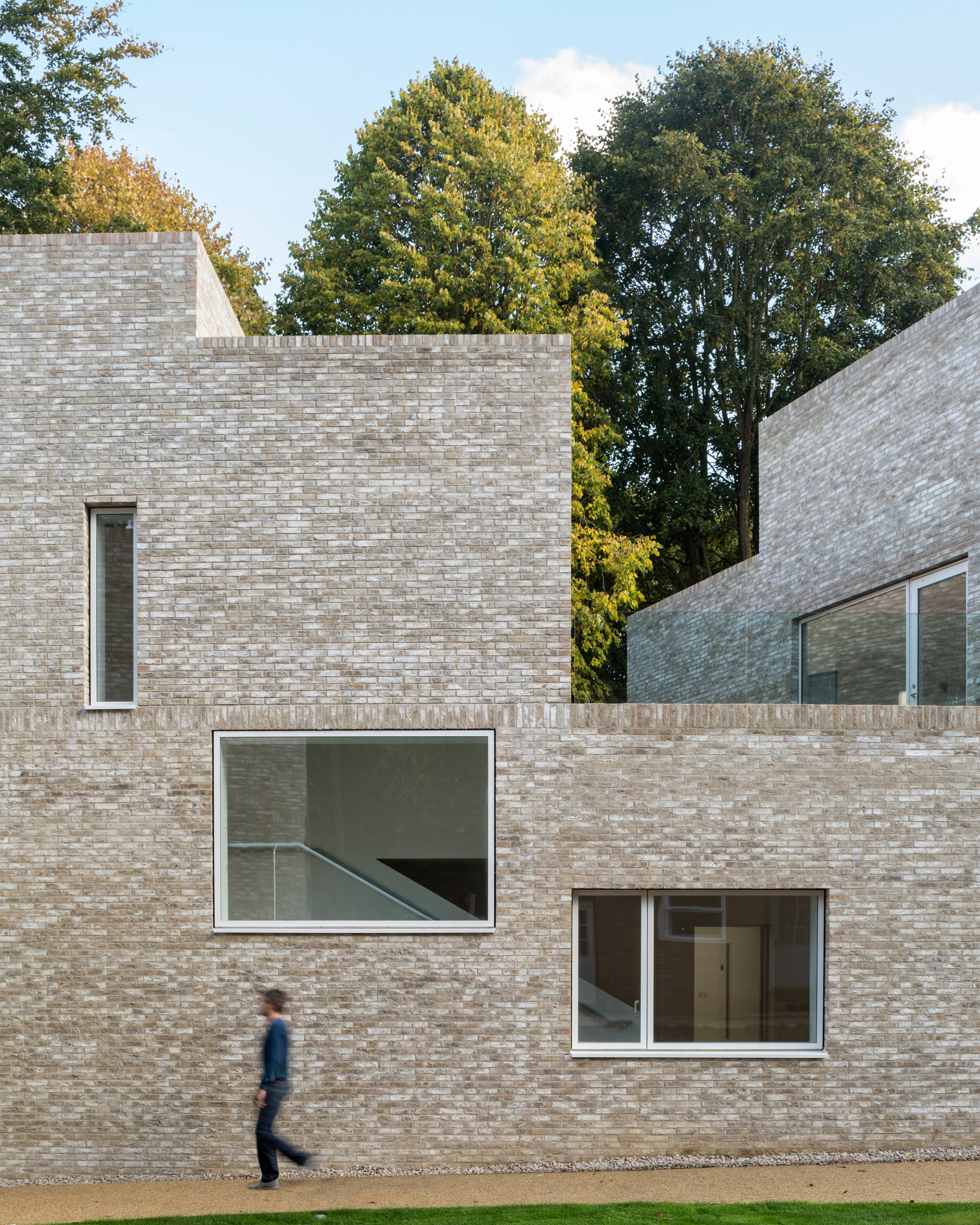 The masterplan and earlier phases of the project were undertaken when the practice was still known as Rick Mather Architects, prior to the death of its American founder in 2013.

The latest building to be completed is called West 5 and provides accommodation for 24 female pupils on a plot adjacent to a cluster of 1930s masters’ houses that were previously converted for boarding. 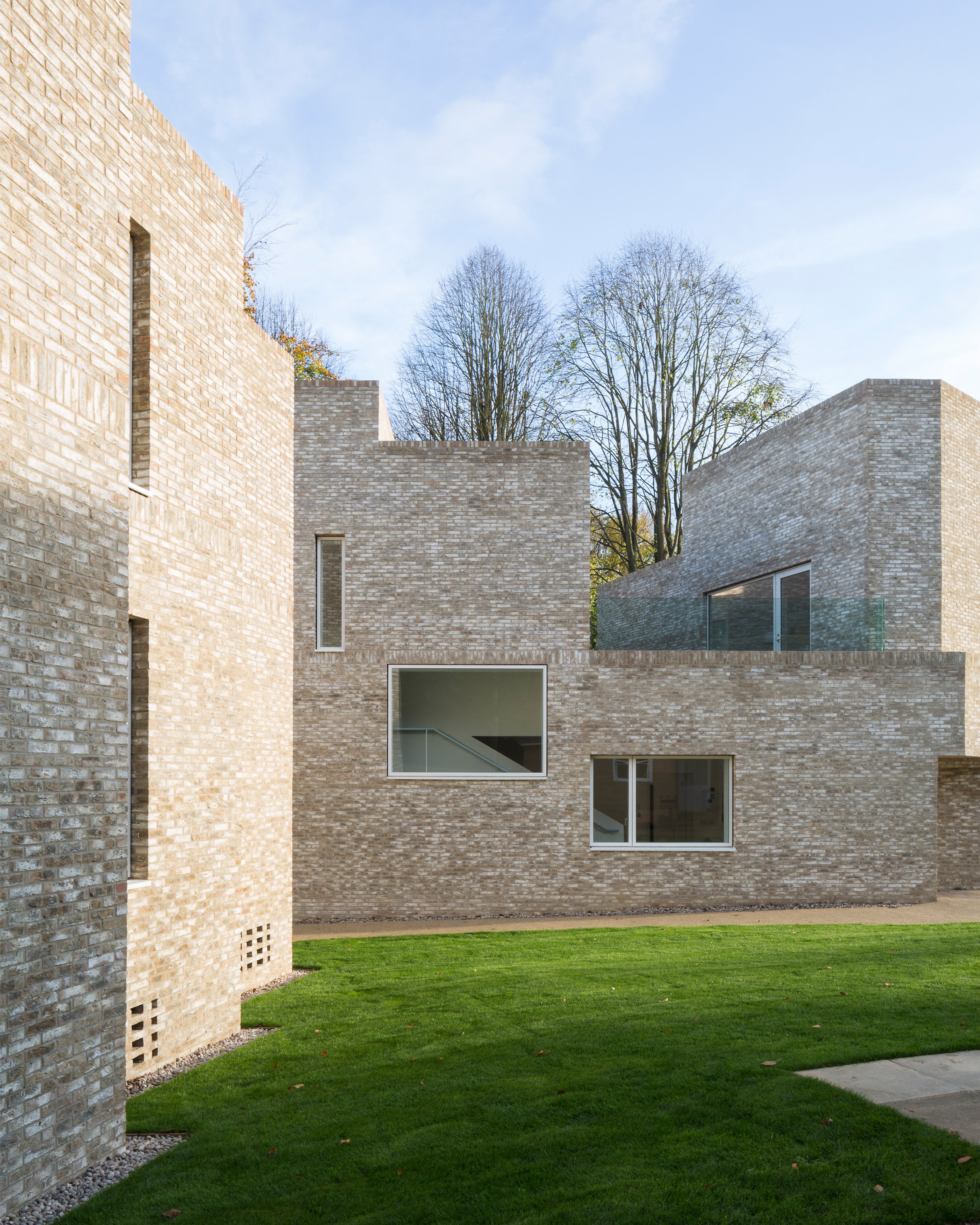 West 5 was developed in response to the need for additional sixth-form boarding rooms, and joins the four existing buildings on the edge of the Western Gardens.

The new buildings are divided into two blocks, with the larger two-storey section housing the main communal facilities and an external terrace.

A bridge connects this block with the second building, which is partially sunken into the gently sloping terrain and extends to three storeys. 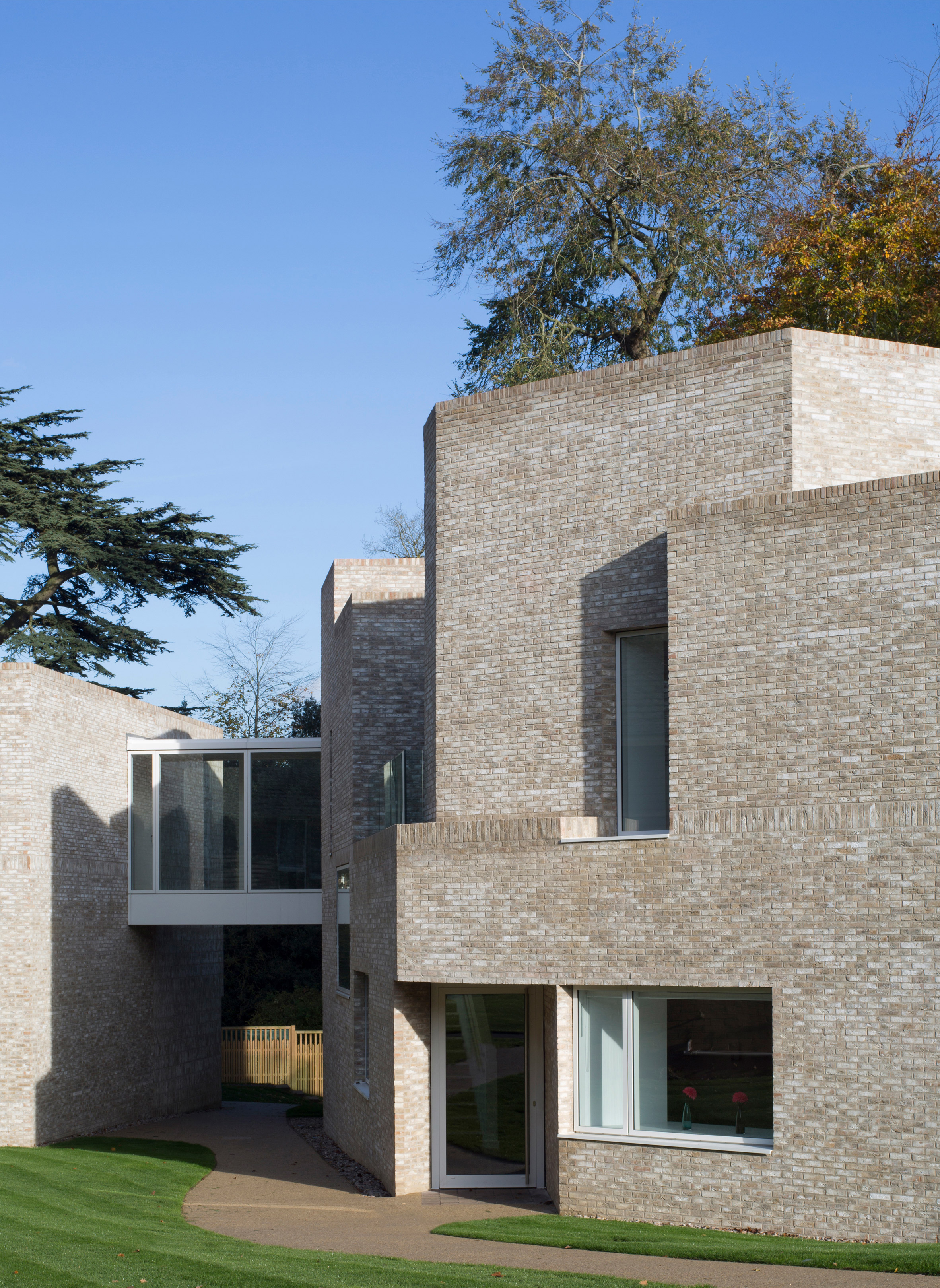 The structures reference the simple geometric forms of the existing masters’ houses, and employ a similar palette of brick and white steel-framed windows.

However, the paler tone of the brick and massing of the buildings – with their irregular arrangement of forms and flat roofs – marks them out distinctly as contemporary additions. 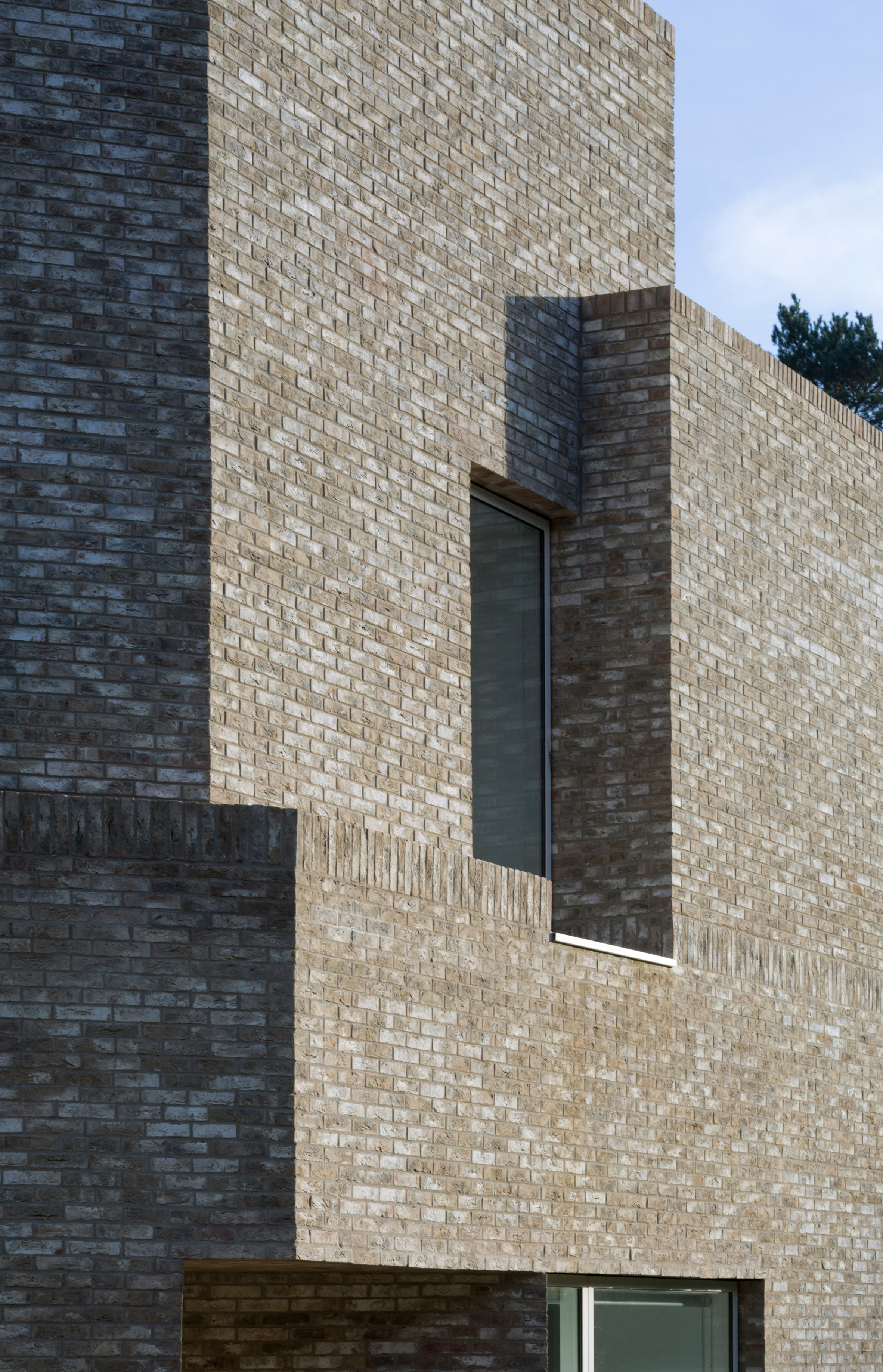 “Datums are taken from the adjacent houses – the common eaves level marks a parapet, with a soldier course regulating ground and first floor divisions,” explained the architects.

“From these guides, volumes shift, rise and fall in curtains of brick. Windows are loosely arranged in open plan spaces or aligned behind stacks of accommodation, in crisp white arrangements.” 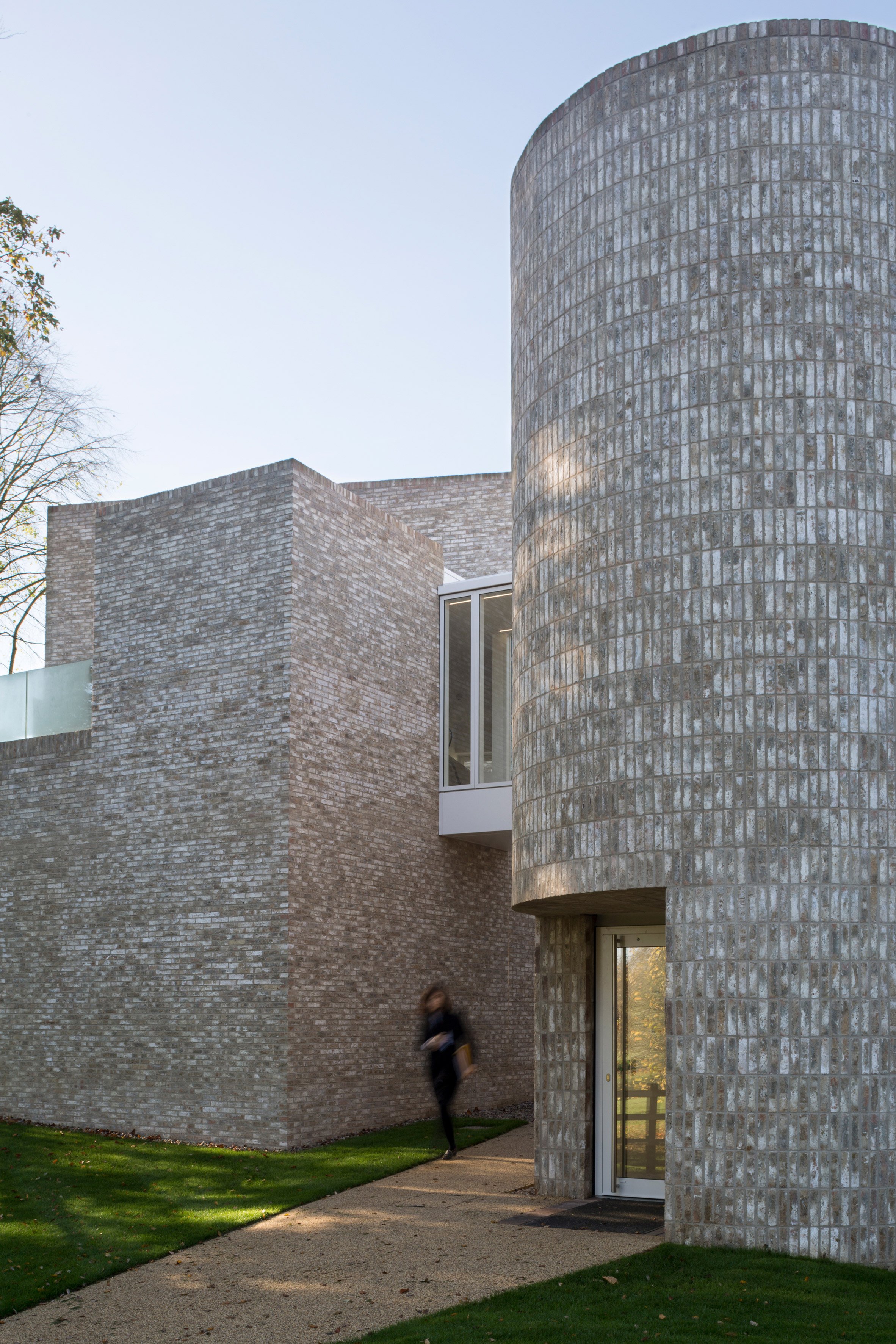 A path running between the two blocks beneath the bridge is flanked by solid brick walls, with a rectangular tower to one side containing a lift and a drum-like form on the other accommodating a staircase. 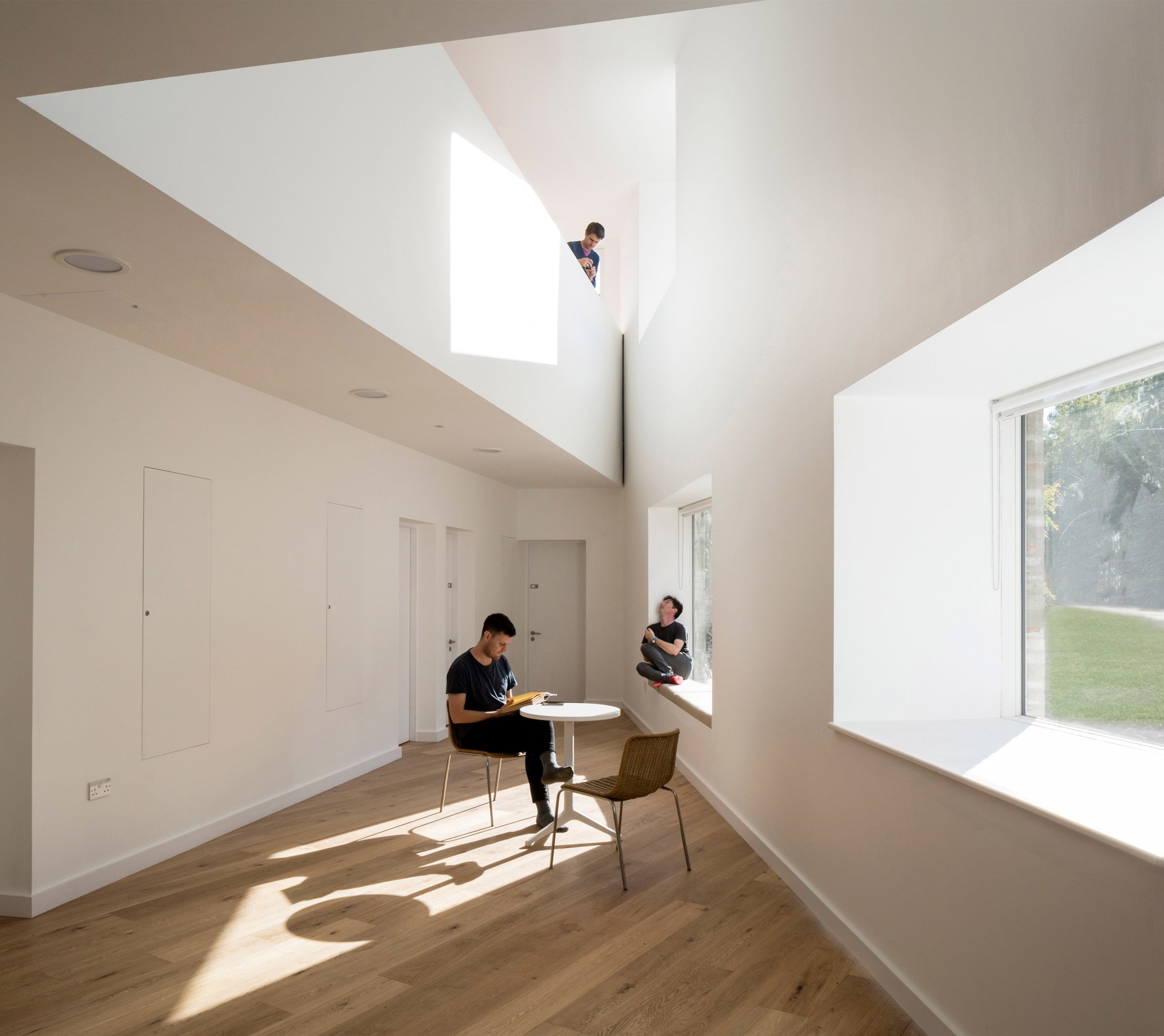 The en-suite bedrooms are grouped around communal areas to promote an enhanced sense of shared living. These spaces include a double-height atrium and terraces on different levels.

The common areas feature light-toned oak floors and white walls to create a neutral backdrop that focuses attention on the views of the surrounding gardens through large picture windows. 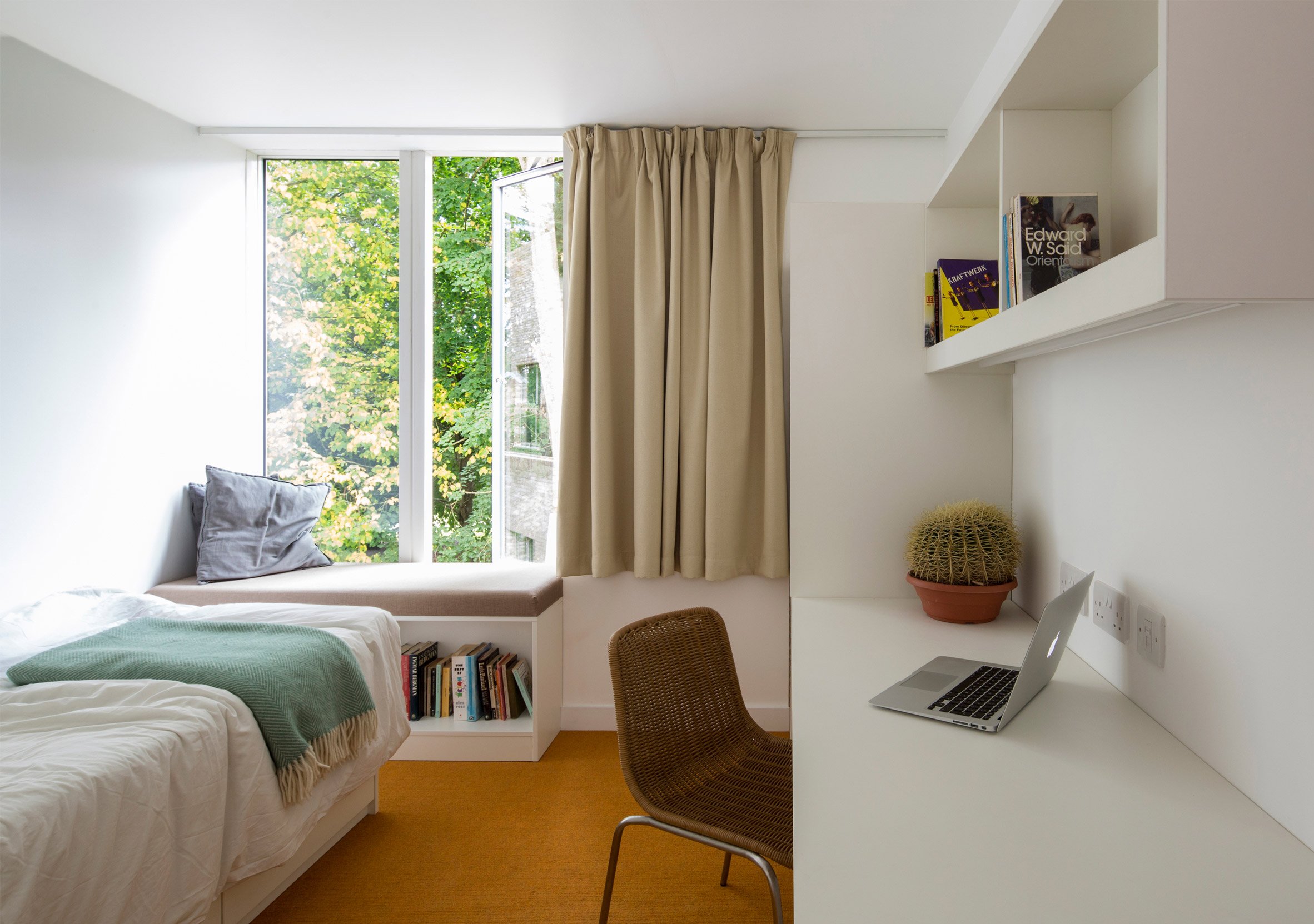 Yellow and orange flooring on the upper storeys enlivens the common areas and helps to differentiate the various floors and connecting shared spaces.

The en-suite bedrooms also feature coloured flooring that stands out against the muted tones of the walls and built-in furniture, which includes window seats looking out across the grounds.

Photography is by Richard Chivers.