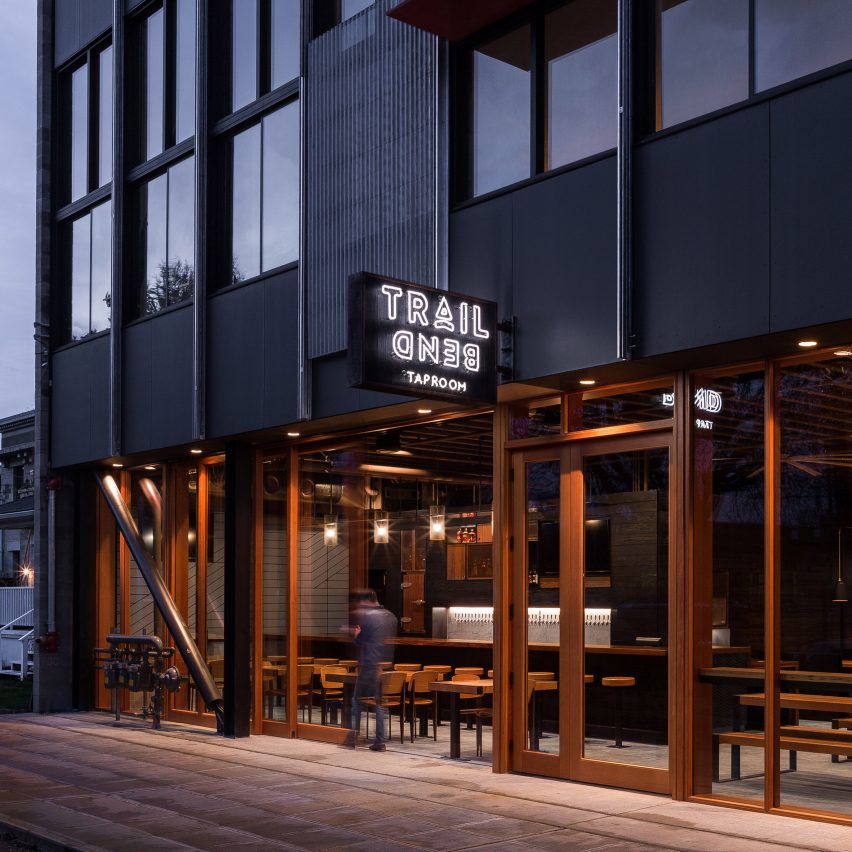 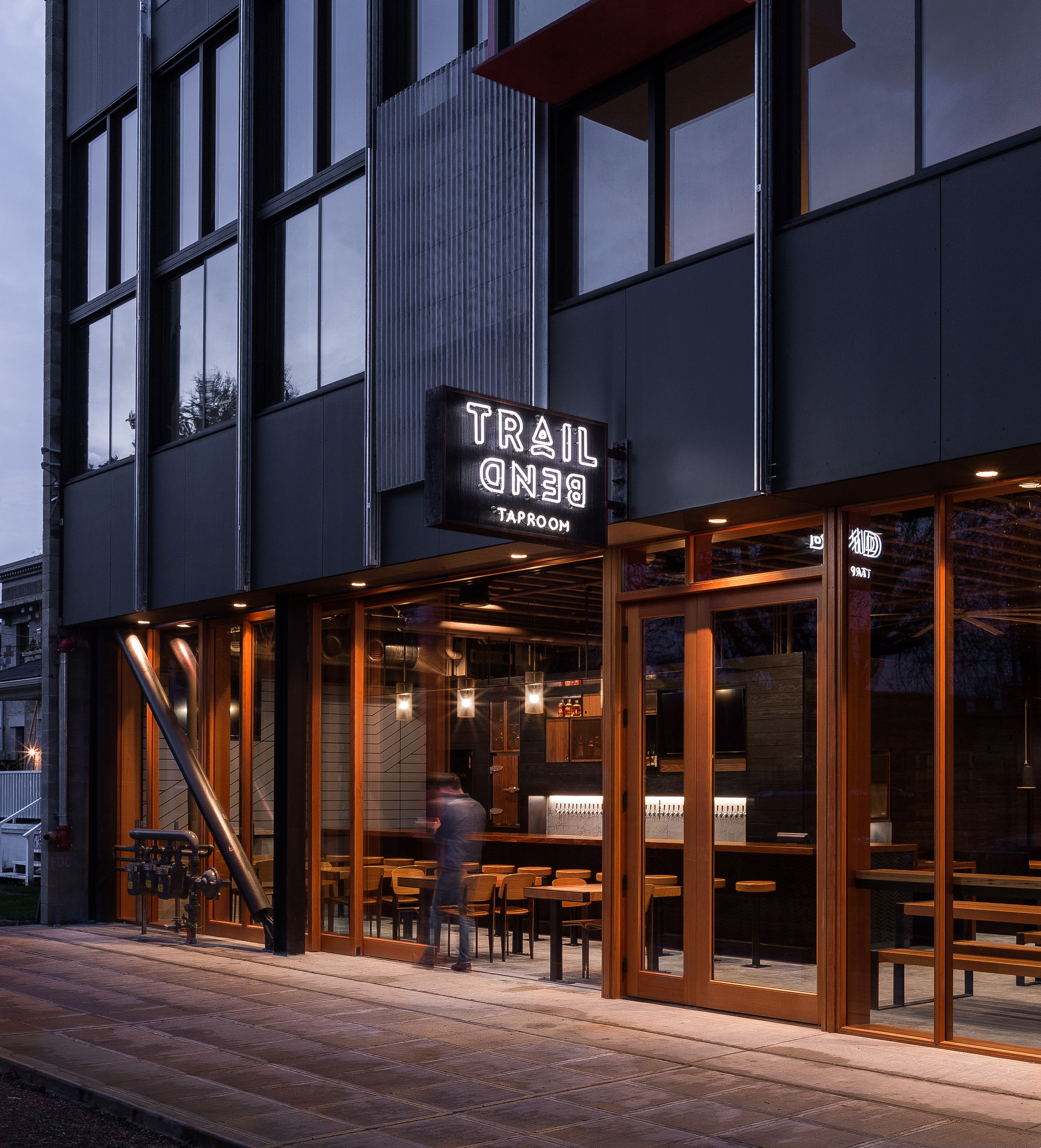 The Klotski building is located in the city’s trendy Ballard neighbourhood, a waterfront district with a maritime and industrial history. 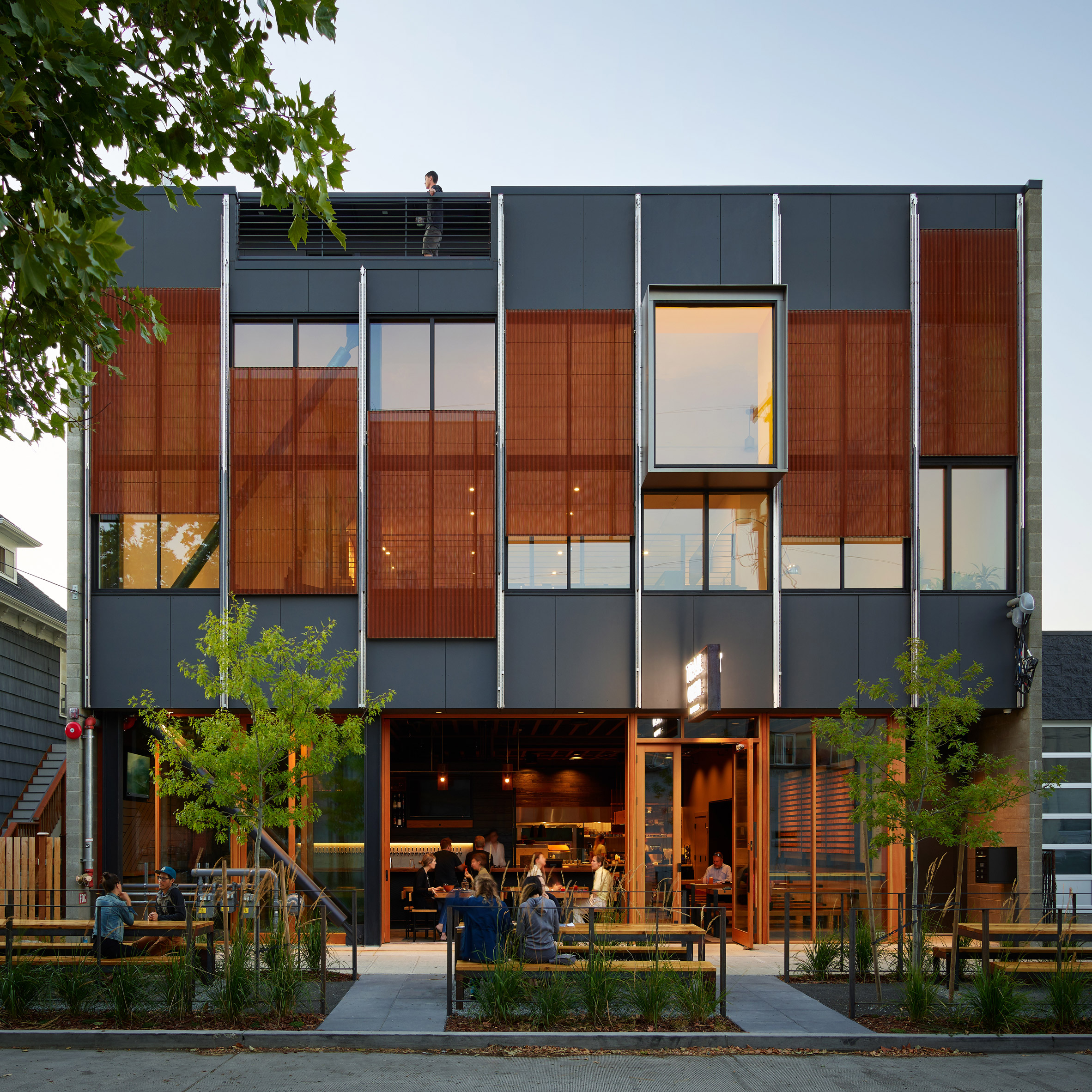 The design of the three-storey building aims to draw upon the area’s “eclectic vibrancy and gritty nature”, according to local firm Graham Baba Architects.

Measuring 10,041 square feet (933 square metres), the building contains a tap room at ground level and an office on the second floor.

The top storey houses a caretaker’s apartment and a work studio, which are separated by a courtyard. 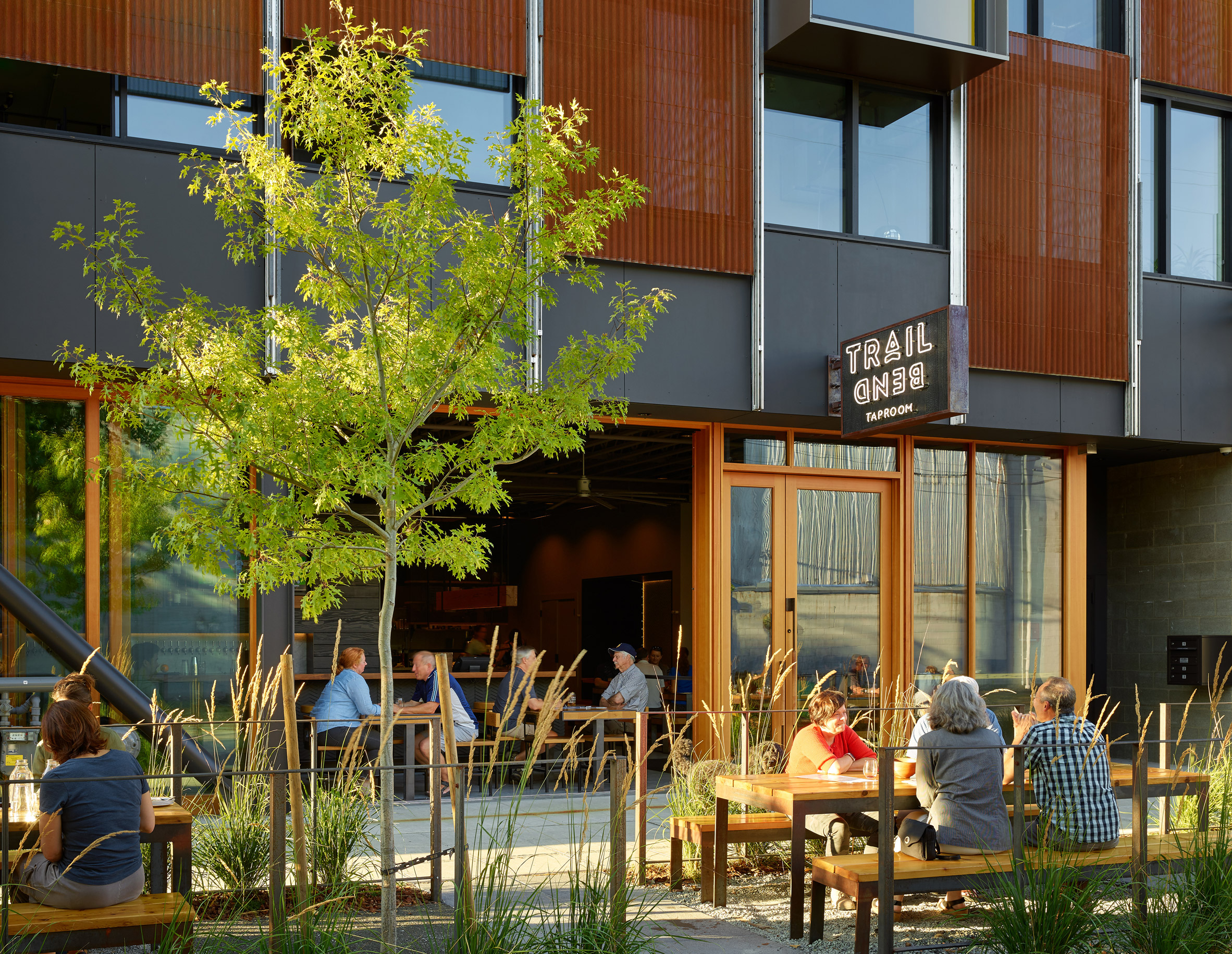 Steel and concrete blocks were used for the building’s structural system.

On the street-facing elevation, the team incorporated a patchwork of perforated metal screens that slide up and down, allowing occupants to modulate levels of shade and privacy.

“Riffing on the idea of shifting uses and planes, the design takes its visual cue from a sliding tile puzzle, also known as a klotski, where the object is to rearrange tiles to solve the puzzle,” said Graham Baba Architects in a project description. 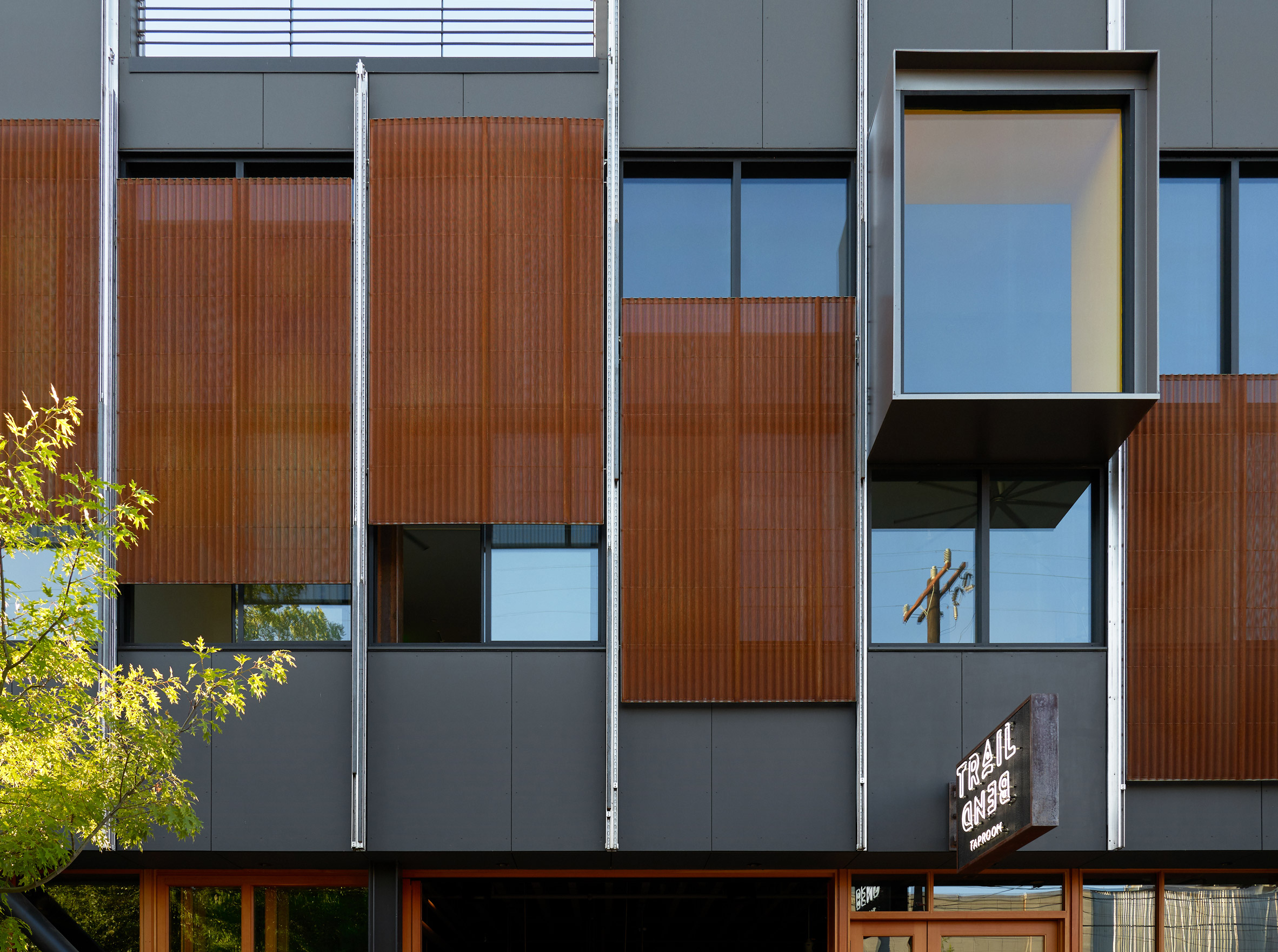 Graham Baba Architects designed a roof deck and an interior courtyard to “round out the spaces, ensuring ample indoor-outdoor opportunities”.

The Trailbend Taproom occupies the building’s ground floor. The 1,700-square-foot (158-square-metre) beer hall takes its name from the nearby Burke-Gilman Trail, which bends as it passes through Ballard. 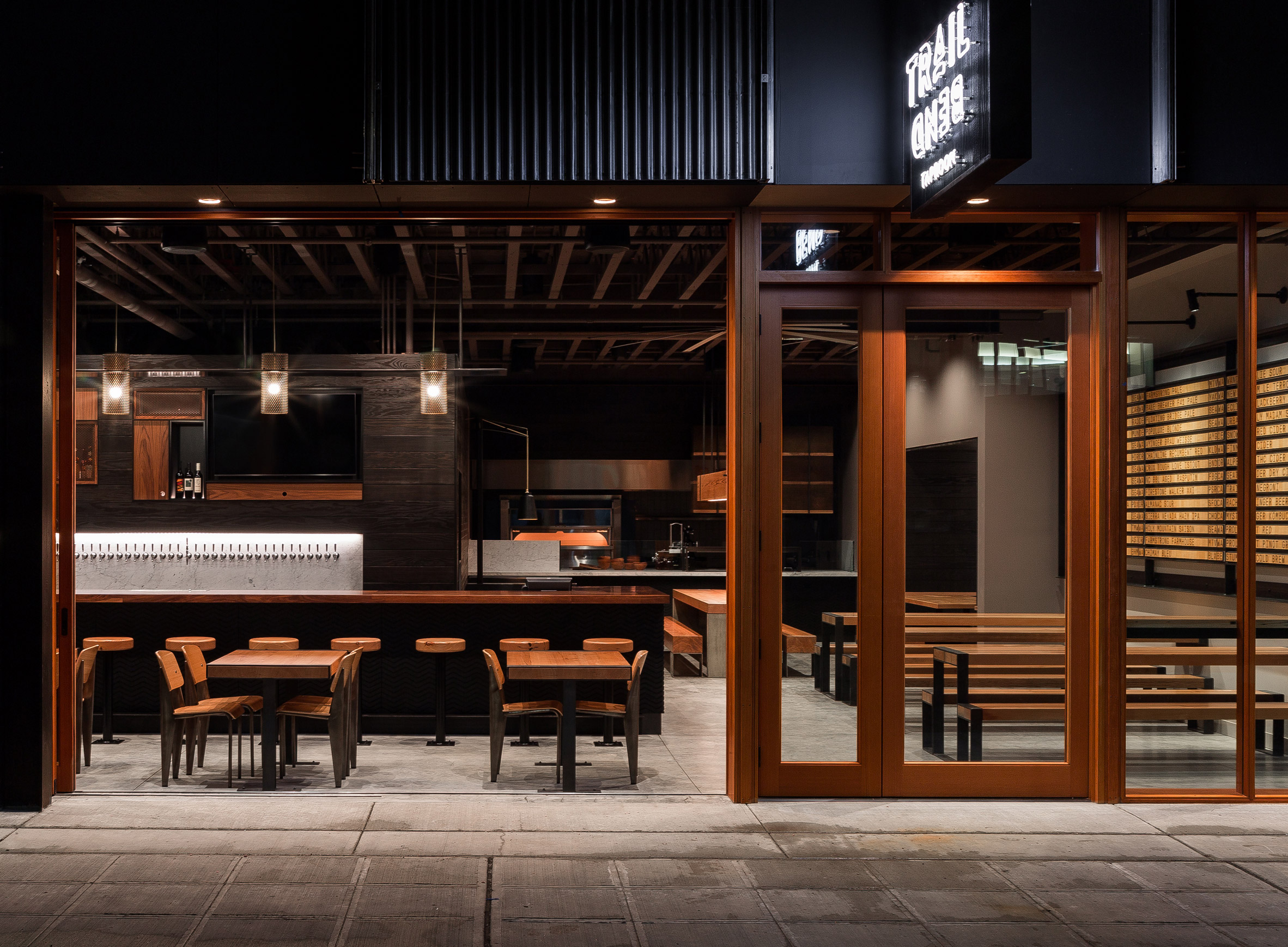 The design team was tasked with creating a contemporary space that was “distinctly Pacific Northwest in character, and that captured the spirit of its light-industrial Ballard neighbourhood location”.

In response, the team employed a sparse yet rich palette of materials, including wood and blackened steel. 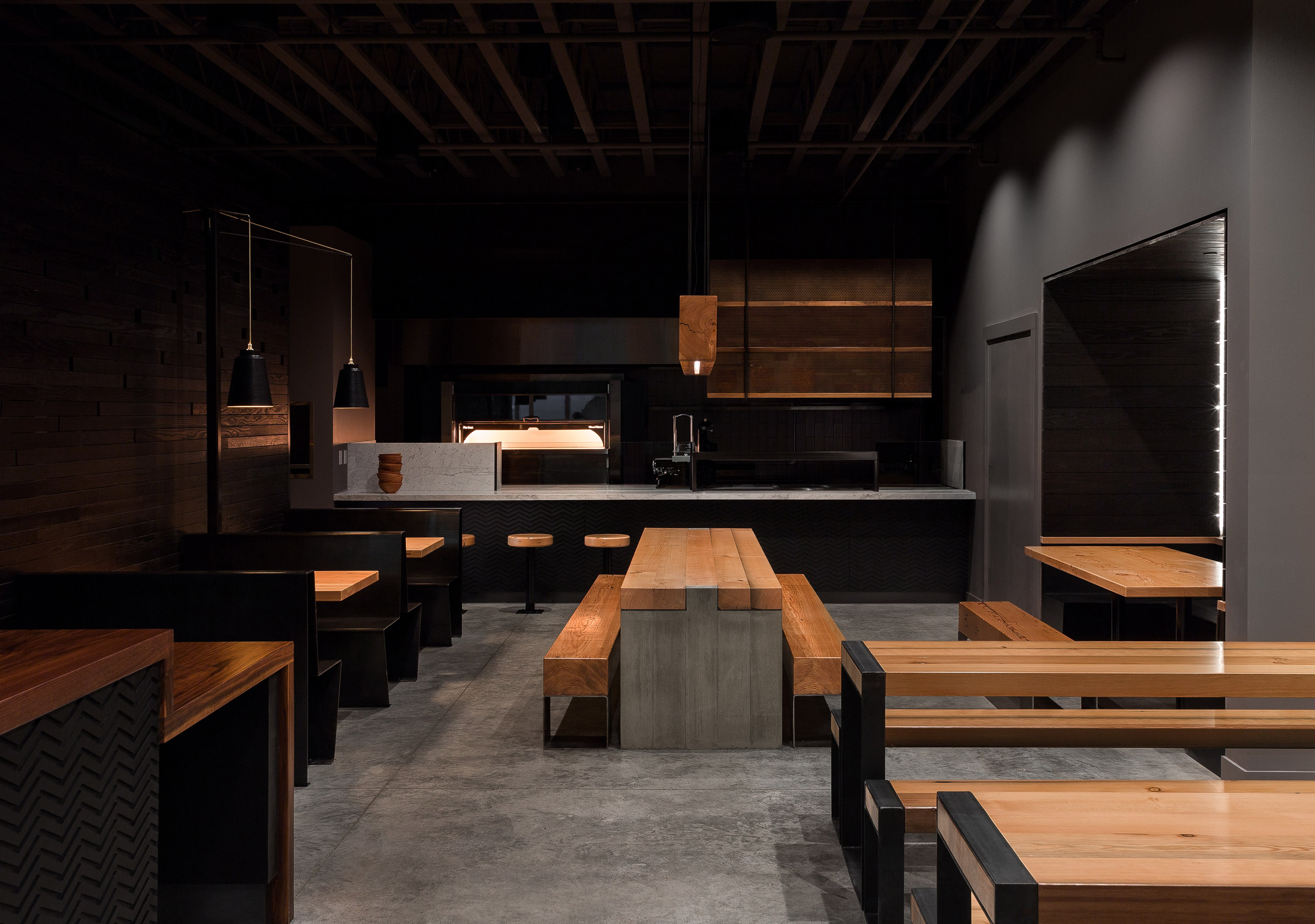 A glass wall and sliding doors enables the taproom to connect to the streetscape and showcases the activities taking place within.

Fronting the building are several picnic tables so that customers can drink and dine outdoors when weather permits. 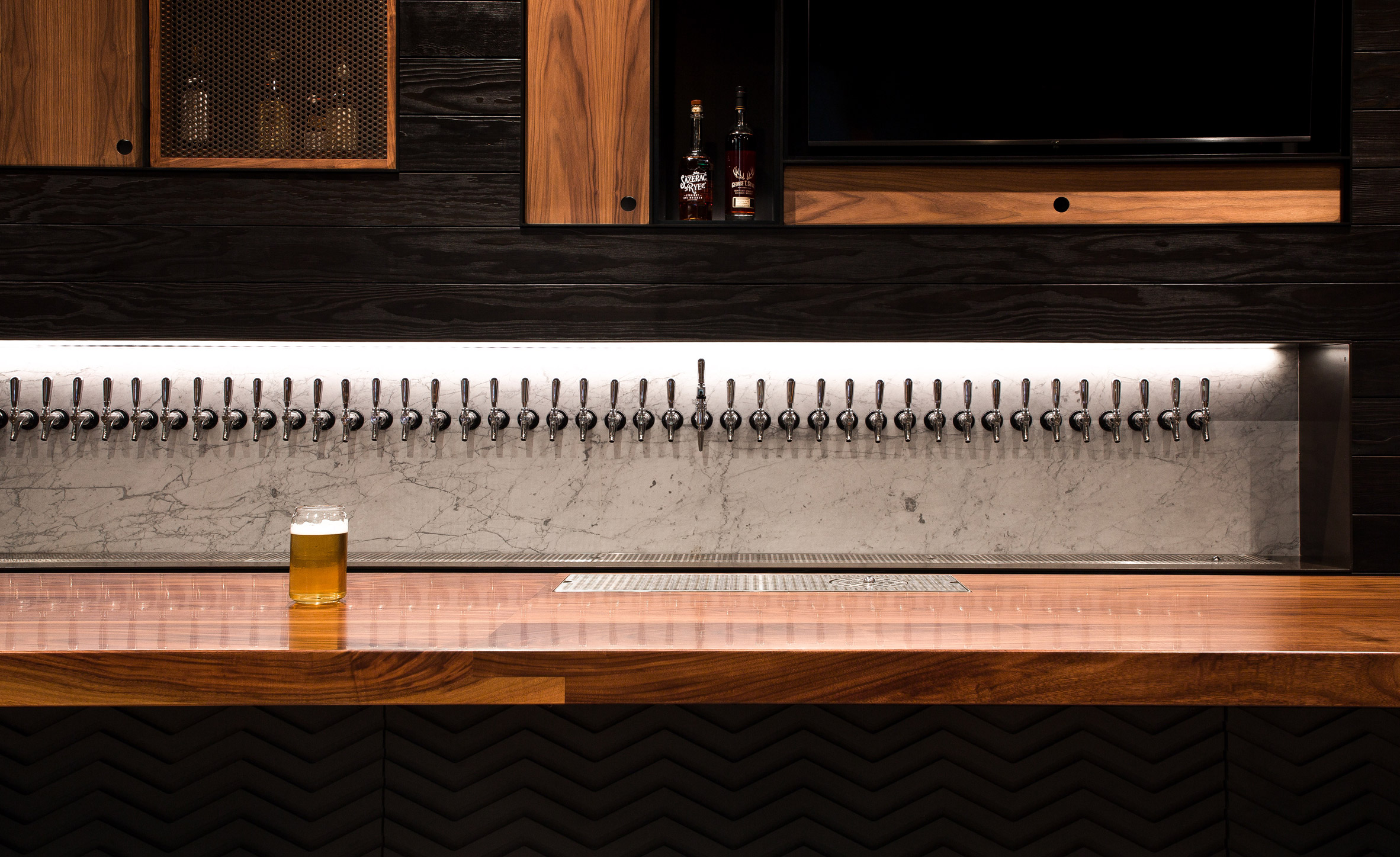 A focal point of the taproom is a bar topped with polished walnut. Behind it, 42 taps are set within a backsplash made of white Carrara marble.

Beer offerings are posted on a split-flap sign inspired by displays in historic train stations. A ladder on wheels enables the staff to change the listings as needed. 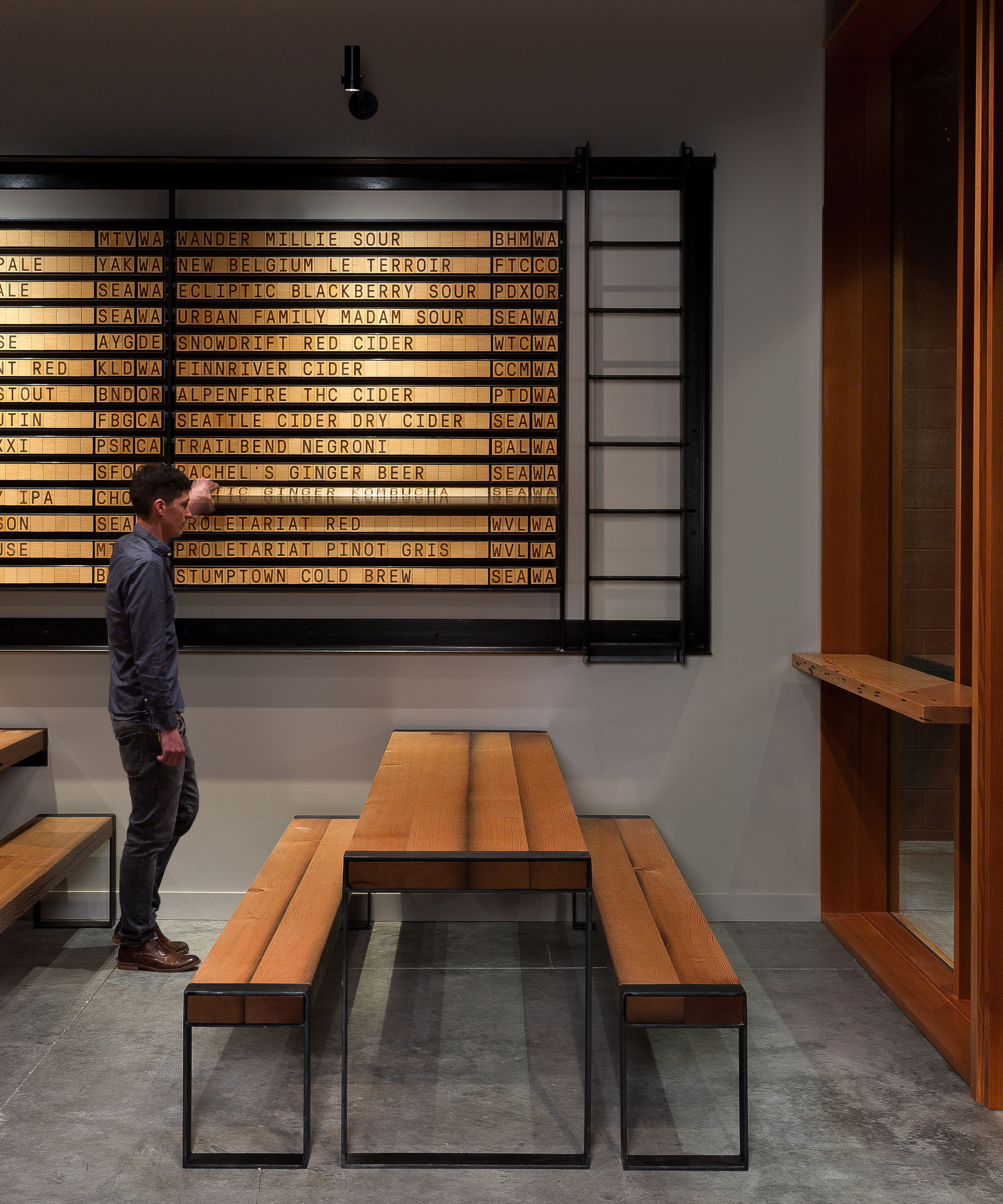 The space features several seating options, from bar stools to booths and long tables. Much of the decor was fabricated using lumber from old “sinker logs” that were found on the bottom of the nearby Willapa Bay.

“Together, the honey-coloured wood and blackened steel yields a warm, industrial aesthetic,” the team said. 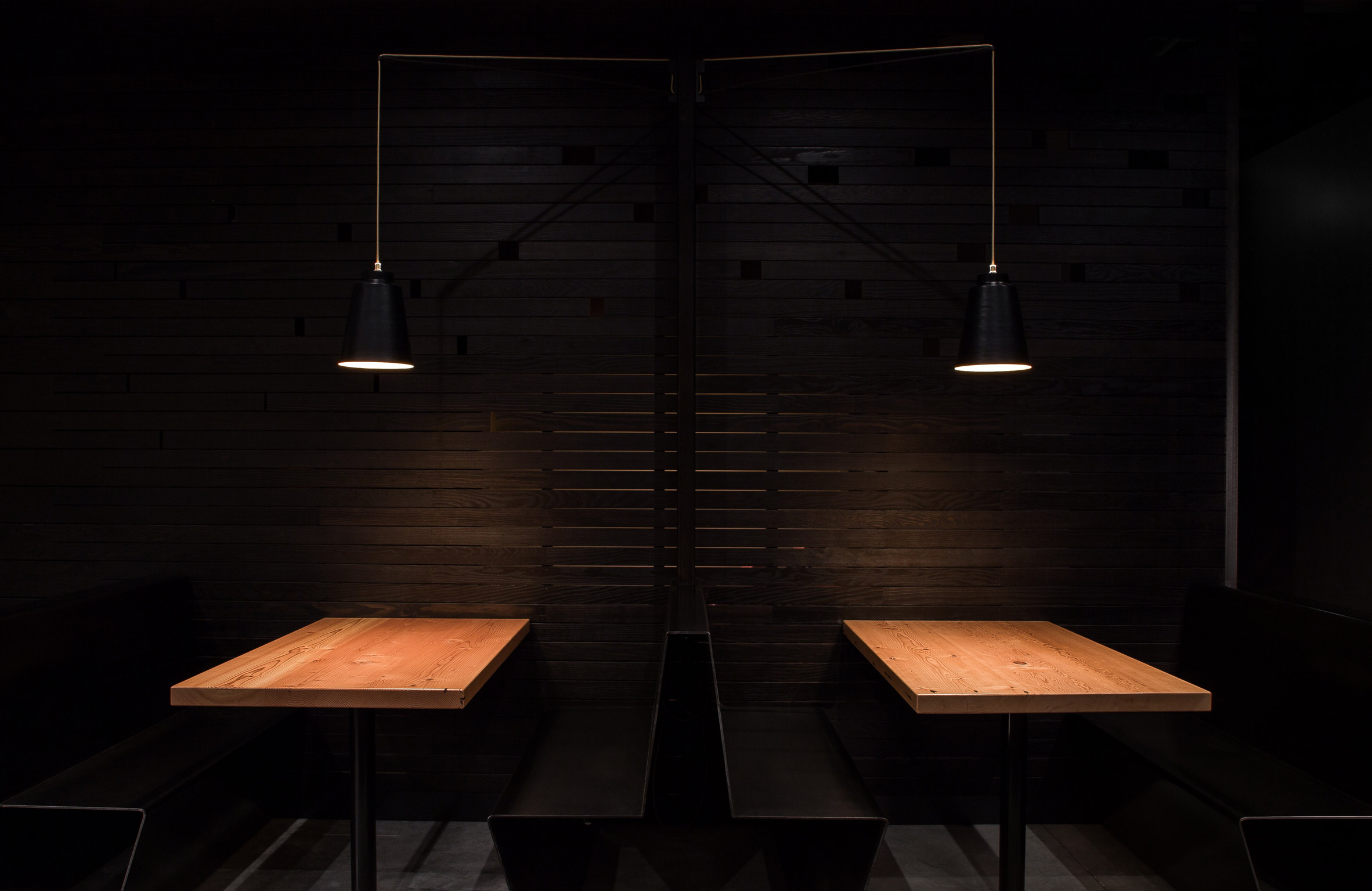 Graham Baba Architects was founded by architects Jim Graham and Brett Baba in 2006.

Other projects by the studio include the moody Deep Dive speakeasy at Amazon’s campus in downtown Seattle, and a headquarters for the Washington Fruit and Produce Company, located in a rural area with farms and warehouses.

Photography is by Kevin Scott (exterior of building) and Haris Kenjar (taproom).