in december 2017, boston announced that it was seeking a designer for a new outdoor memorial dedicated to martin luther king, jr and his wife coretta scott king. five teams — comprising names such as david adjaye and yinka shonibare — submitted competing proposals for the project, which sought to commemorate the legacy of the two civil rights activists. it has now been announced that a team led by artist hank willis thomas and architecture firm MASS design group has been selected to complete the project. inspired by images of the kings locked in a powerful embrace and walking arm in arm at the frontlines of a protest or march, the sculpture depicts clasped arms.

to be built on boston common, the memorial is being coordinated by king boston — a privately funded non-profit organization. the team is is working toward a goal of completing and unveiling the memorial in 2020. read more about each of the schemes below, starting with the winning proposal. 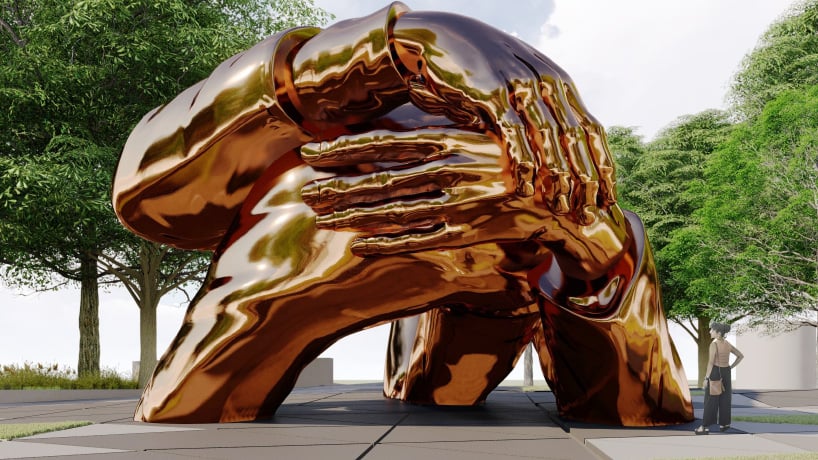 ‘the embrace’ has been conceived by hank willis thomas with MASS design group as a simple and accessible monument that reminds passersby of our ‘shared human connection’. the memorial will envelop participants, allowing them to be simultaneously vulnerable and protected. the memorial will solidify the ideals of inclusion that the kings defended in their united life of activism. ‘we seek to call people into the act of empathy, an idea coretta scott captured when she spoke about the power and accessibility of unconditional love, which when embraced, impels people to go into their community, take risks, and change others’ lives for the better,’ says the design team. 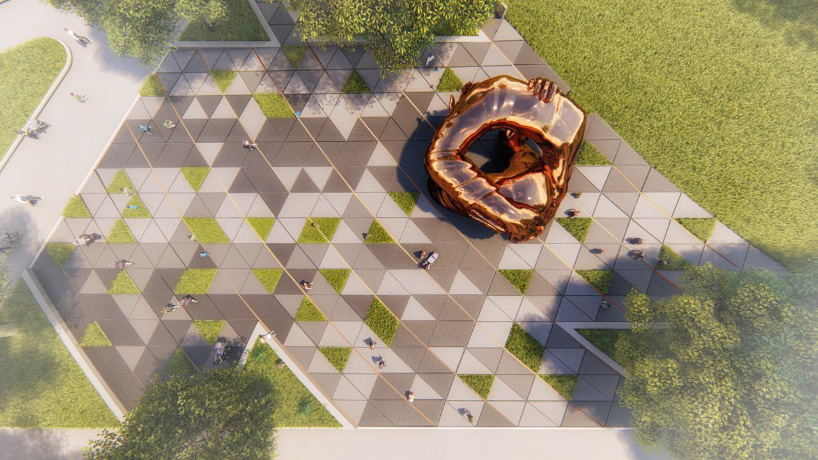 ‘the embrace’ by hank willis thomas with MASS design group 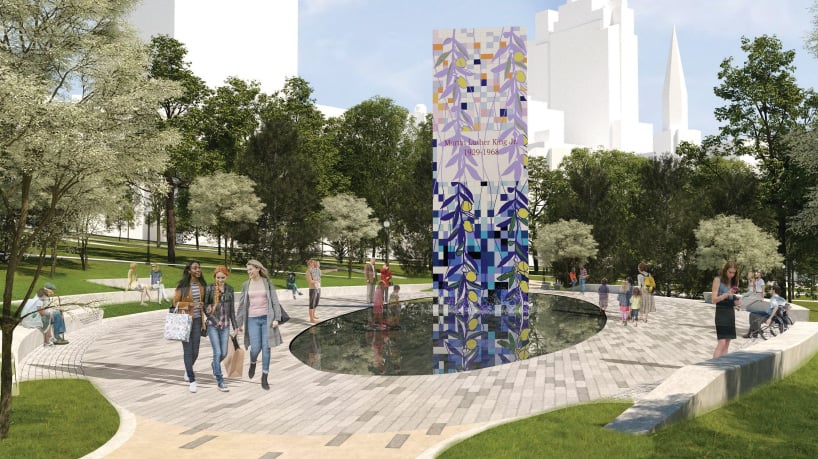 ‘avenue of peace’ by yinka shonibare and stephen stimson associates

designed by yinka shonibare and stephen stimson associates, ‘avenue of peace’ is a memorial walkway, sculpture, and water feature that honors and celebrates the lives and values of dr. martin luther and coretta scott king. the interactive memorial engages the public with the story of their lives and mission, through a series of 22 inscribed benches and an app that visitors can download. ‘this memorial is not a singular sculpture, but rather a site for public contemplation and understanding,’ says the design team. 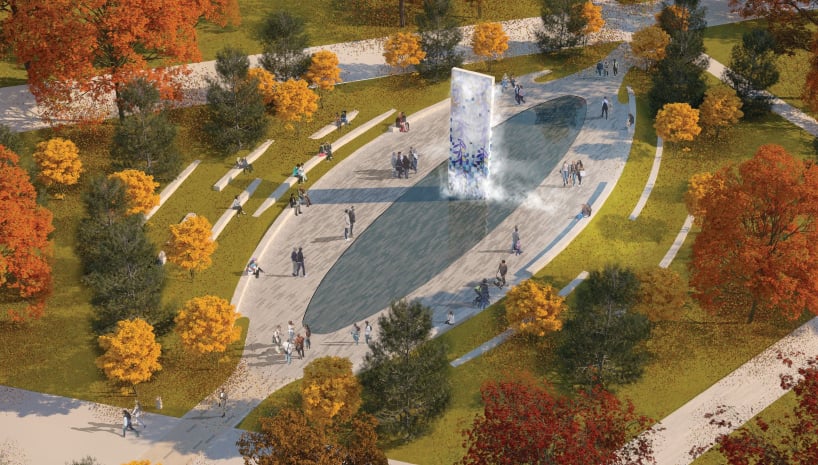 ‘avenue of peace’ by yinka shonibare and stephen stimson associates 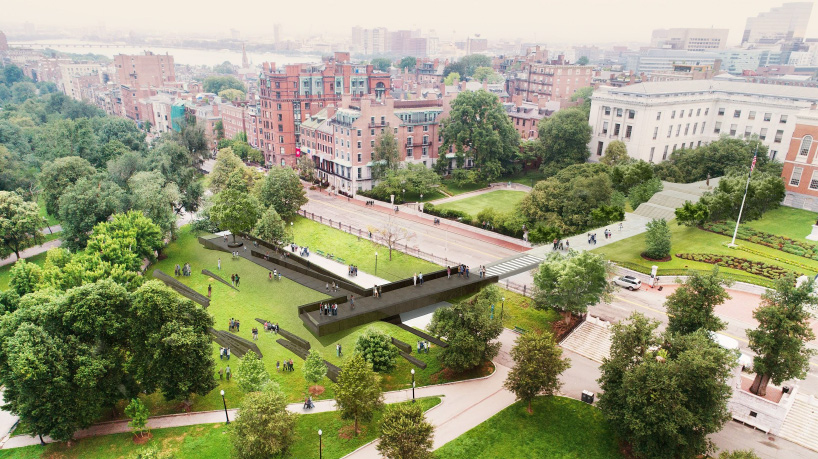 this design — proposed by adam pendleton, adjaye associates, futurepace, and david reinfurt — is woven into boston’s existing urban environment. from the summit of the memorial, visitors can view america’s oldest city park and new mountainous sculptures below, which together compose a radical amphitheater. the open structure bridges over the common’s walking path, and is accompanied by a gentle ramp which leads visitors from the upper street-level down to the lower-level of the existing walking path. 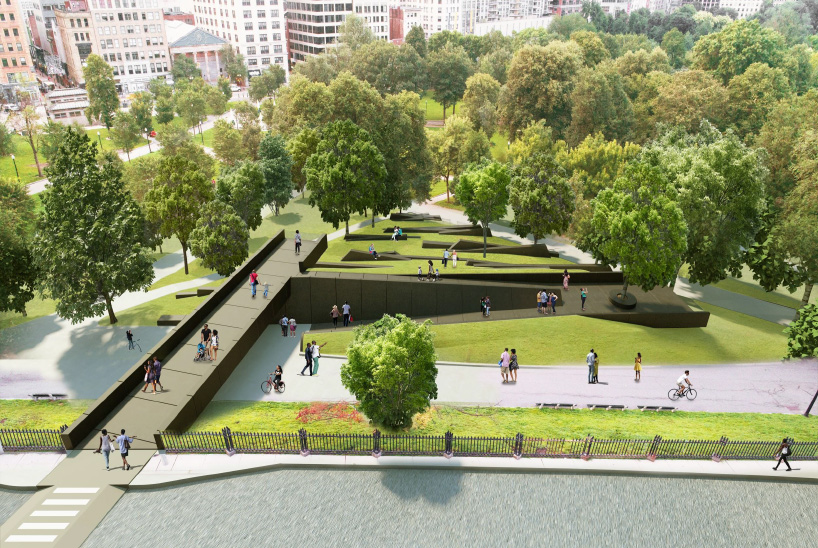 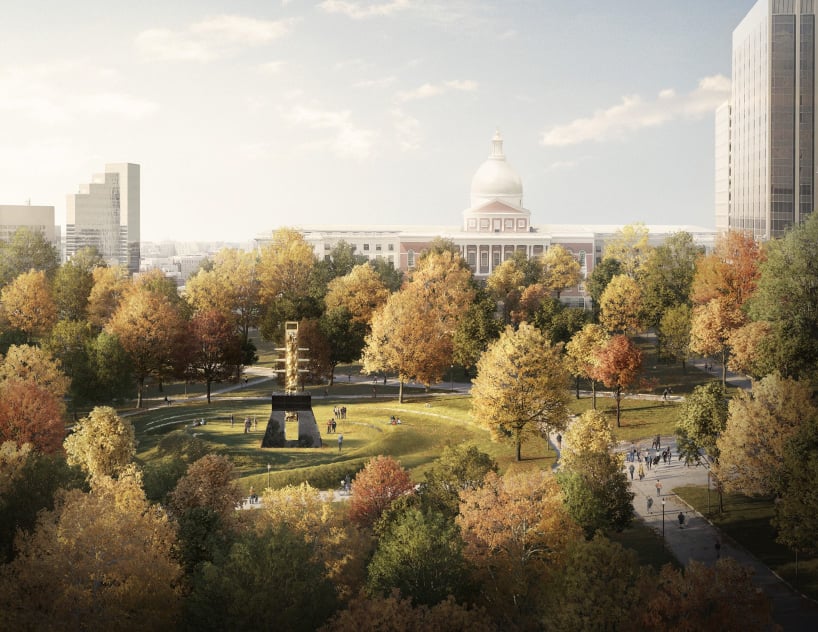 artist barbara chase-riboud has devoted her career to sculptural embodiments of historical figures such as marian anderson, mao tse tung, and malcolm X. made of light, stone and bronze, her proposed memorial dedicated to martin luther king jr. and coretta scott king comprises a truncated stone pyramid, which represents their mission and collaboration, and a searchlight beacon that represents their message from the top of the mountain they climbed together. ‘for the boston public, I hope the monument will stand as a historical reminder to early biographical landmarks for both MLK and CSK,’ says chase-riboud. 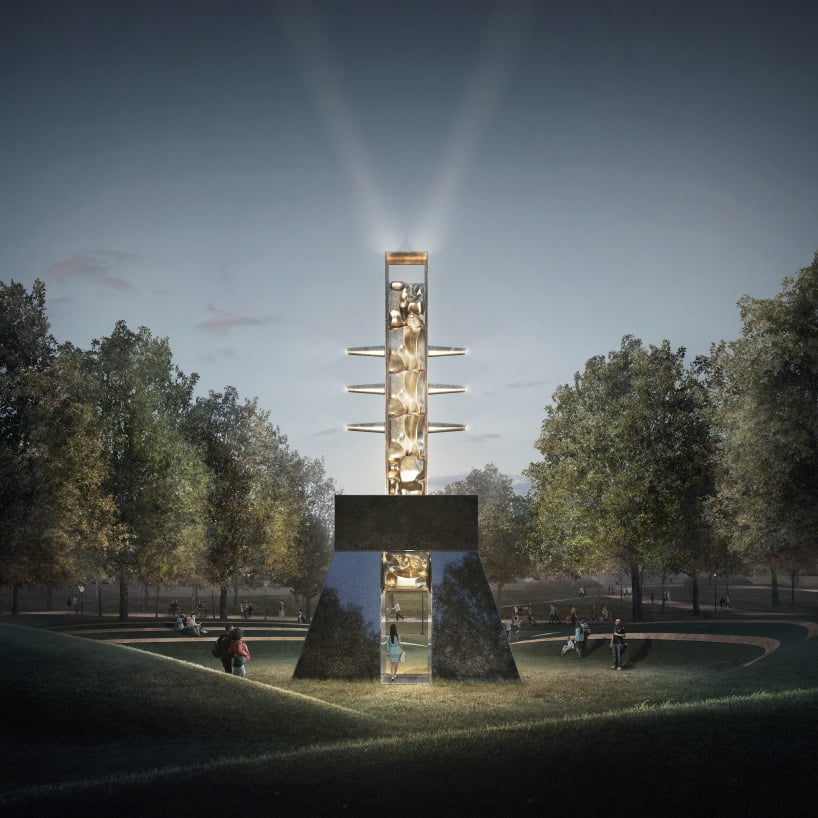 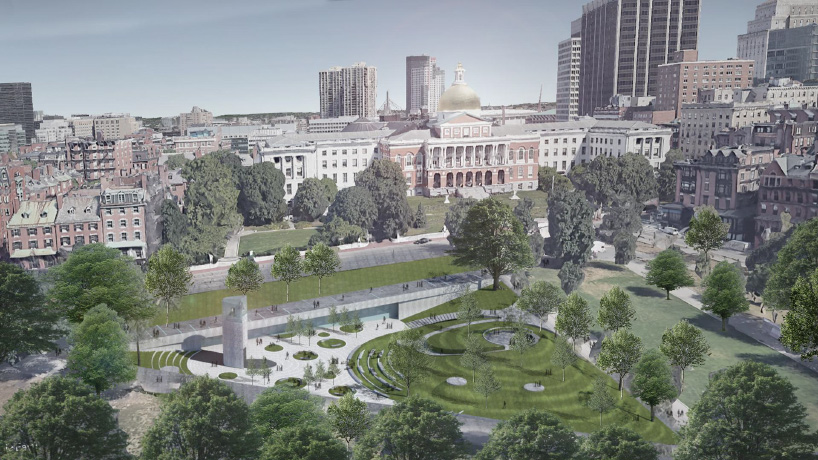 this proposal by wodiczko + bonder, maryann thompson architects, and walter hood has embraced the task of creating a monument to a partnership of two extraordinary people. emanating from a pair of towers are rings that evoke the ‘ripple effect’ of the words, actions, and leadership of the kings. meanwhile, an amphitheater area, along with other zones, creates a variety of scales and experiences for human interaction, fellowship, and community. ‘this new public space and forum for engagement is created in order to inspire learning, dialogue, and activism now and later,’ says the design team. 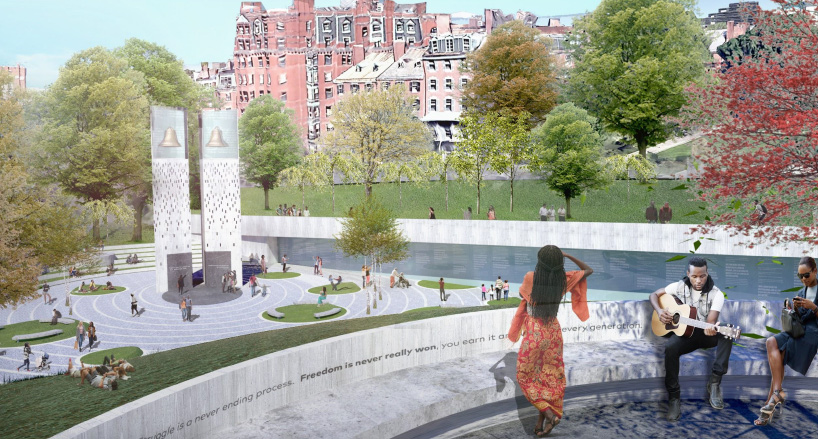