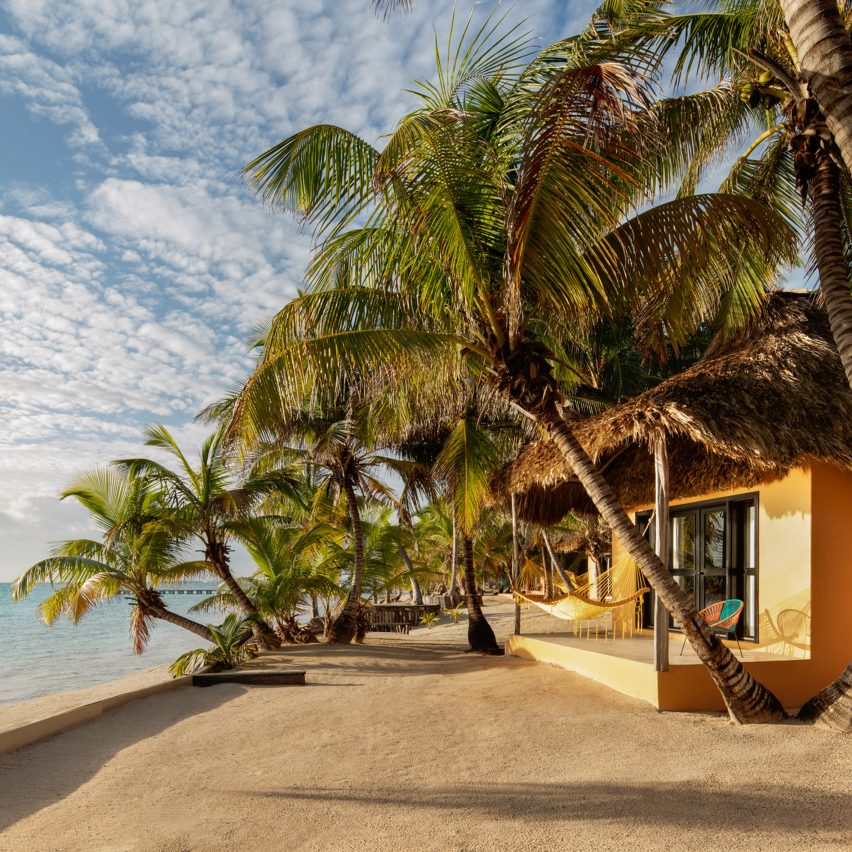 Canadian twins Byron and Dexter Peart, who founded leather brand WANT Les Essentiels, have turned away from fashion to redesign a resort and spa in Belize. 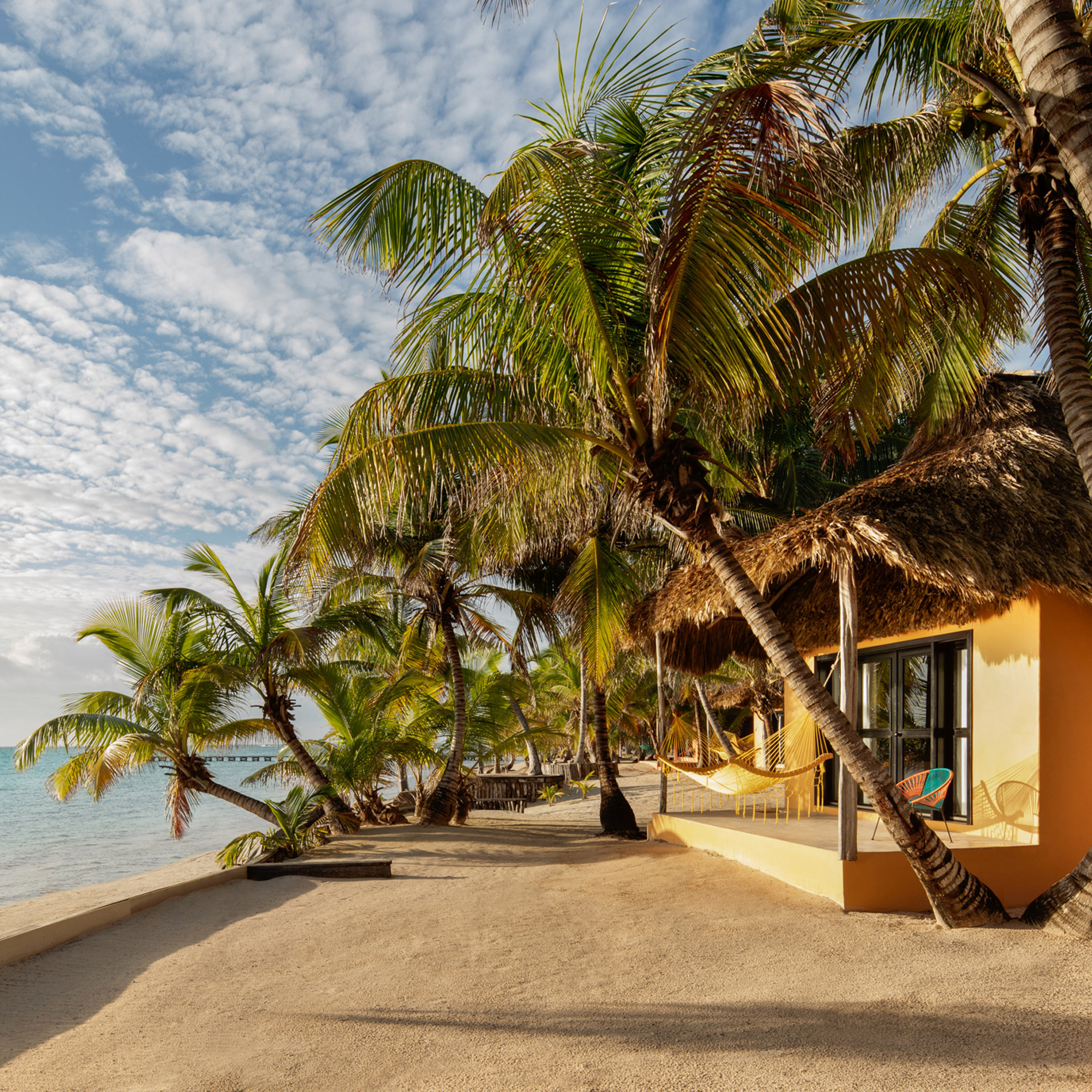 The Matachica resort is the first venture from the brothers’ “purpose-led” design studio Byron and Dexter Design – established to follow on from WANT Les Essentiels, which they left in 2017. 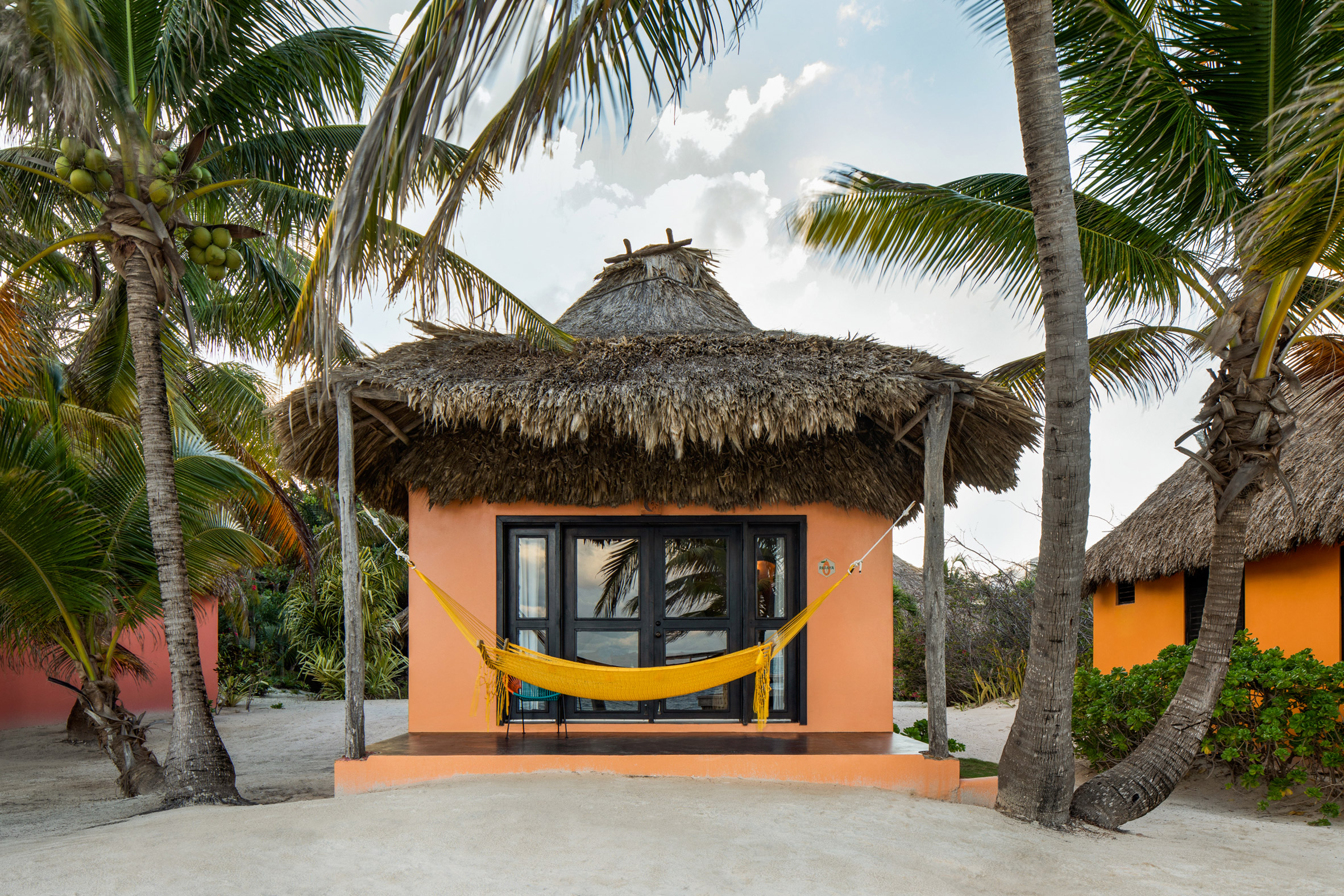 For the project, the duo was enlisted by owner and fellow Montrealer Daniel Lighter to reimagine the overall design and guest experience of Matachica Resort & Spa on Ambergris Caye in Belize – a country on the eastern coast of Central America. 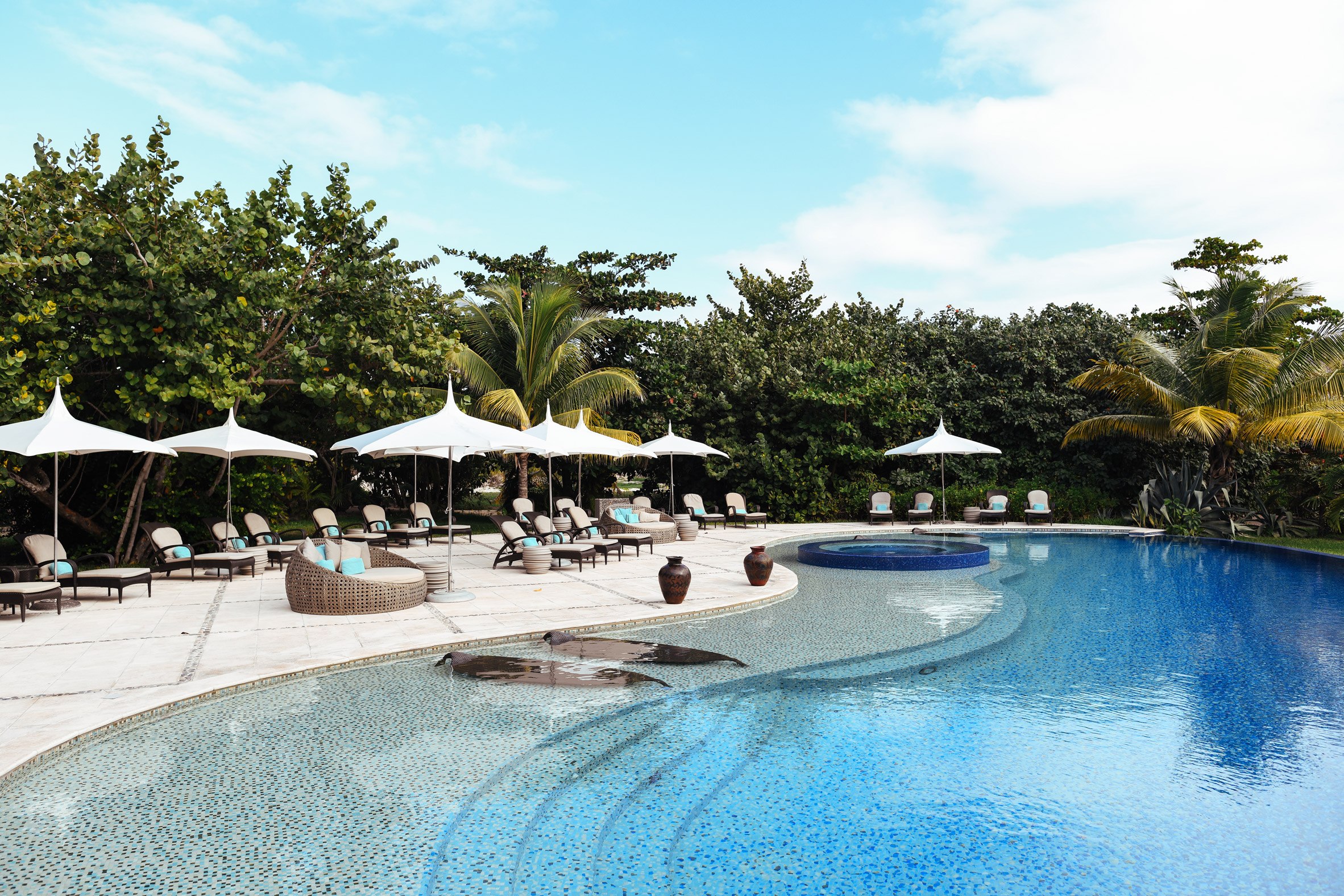 “We asked him to list key words to describe his vision, and he responded: unplugged, authentic, nature, human,” Byron and Dexter Peart told Dezeen. 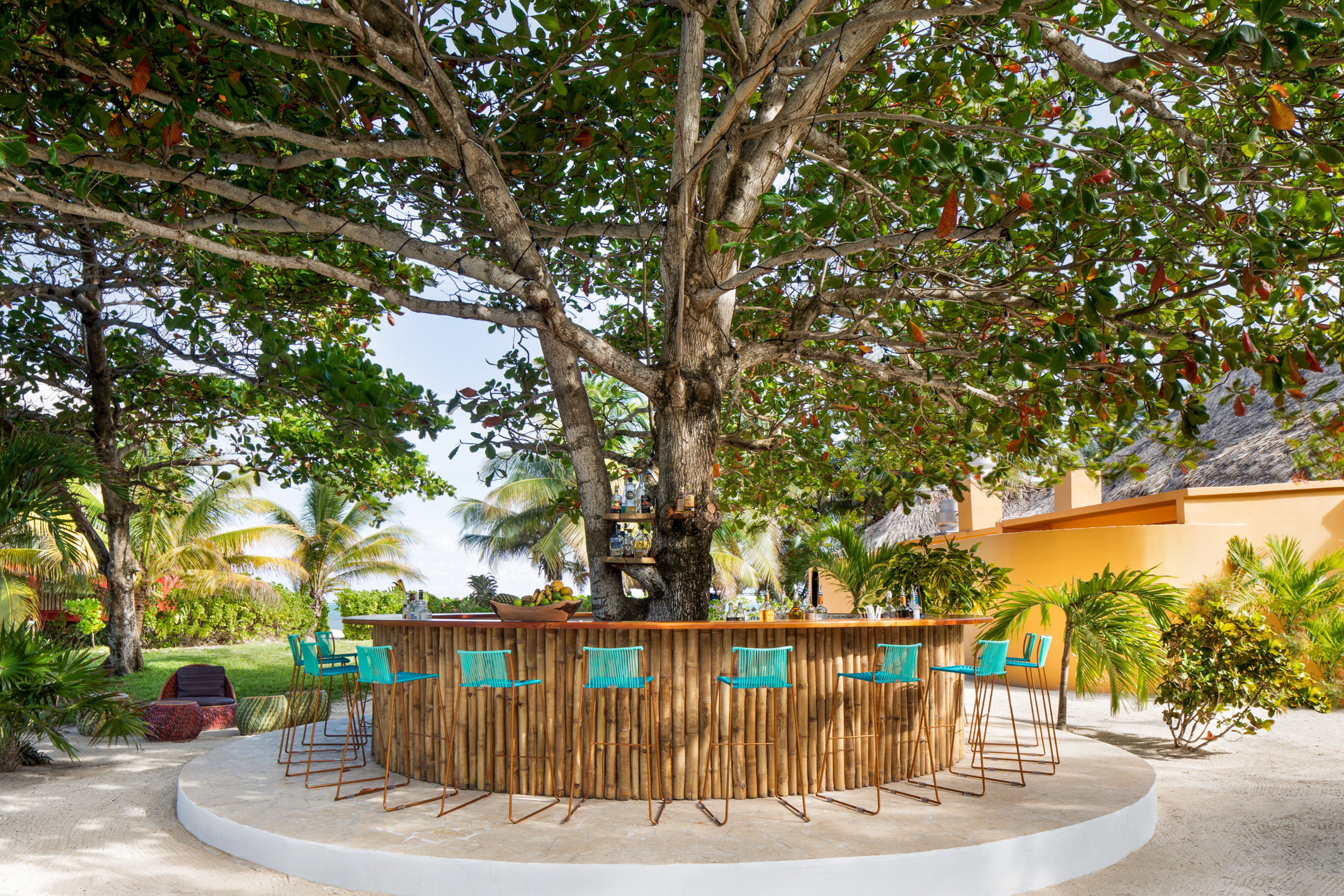 Those words formed the basis for the visual language of the environment that we set out to create at Matachica.

Designing the resort “with purpose” took form through supporting traditional artisan crafts, and curating unique and collectible interior objects. The property also intended to incorporate the inherent beauty of Ambergris Caye and its architectural character. 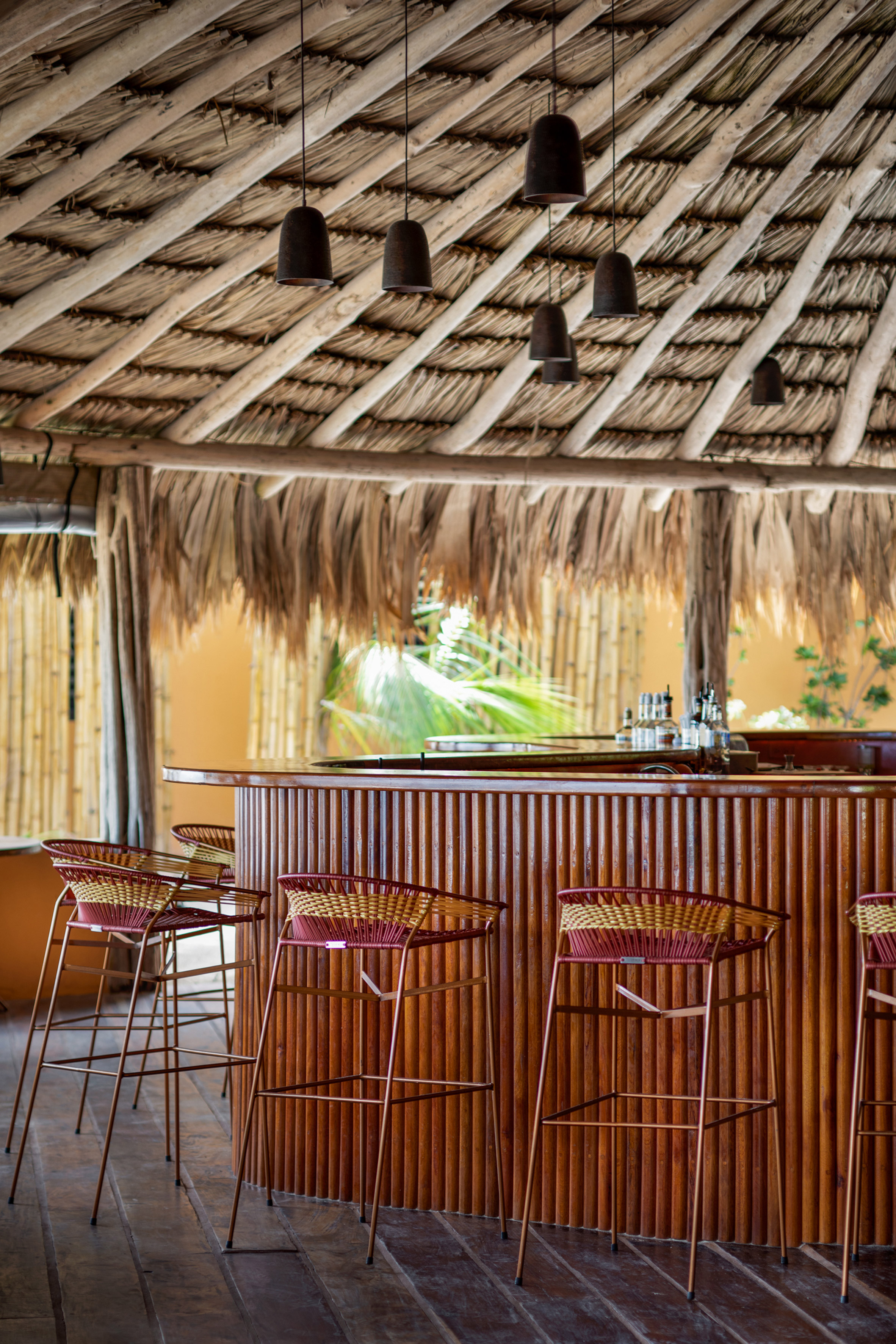 Matachica is comprised of 30 thatched-roof palapas occupying a sandy beach on the island’s Eastern Coast. Each structure is painted in tropical colours with detachable hammock systems on the private front porches. 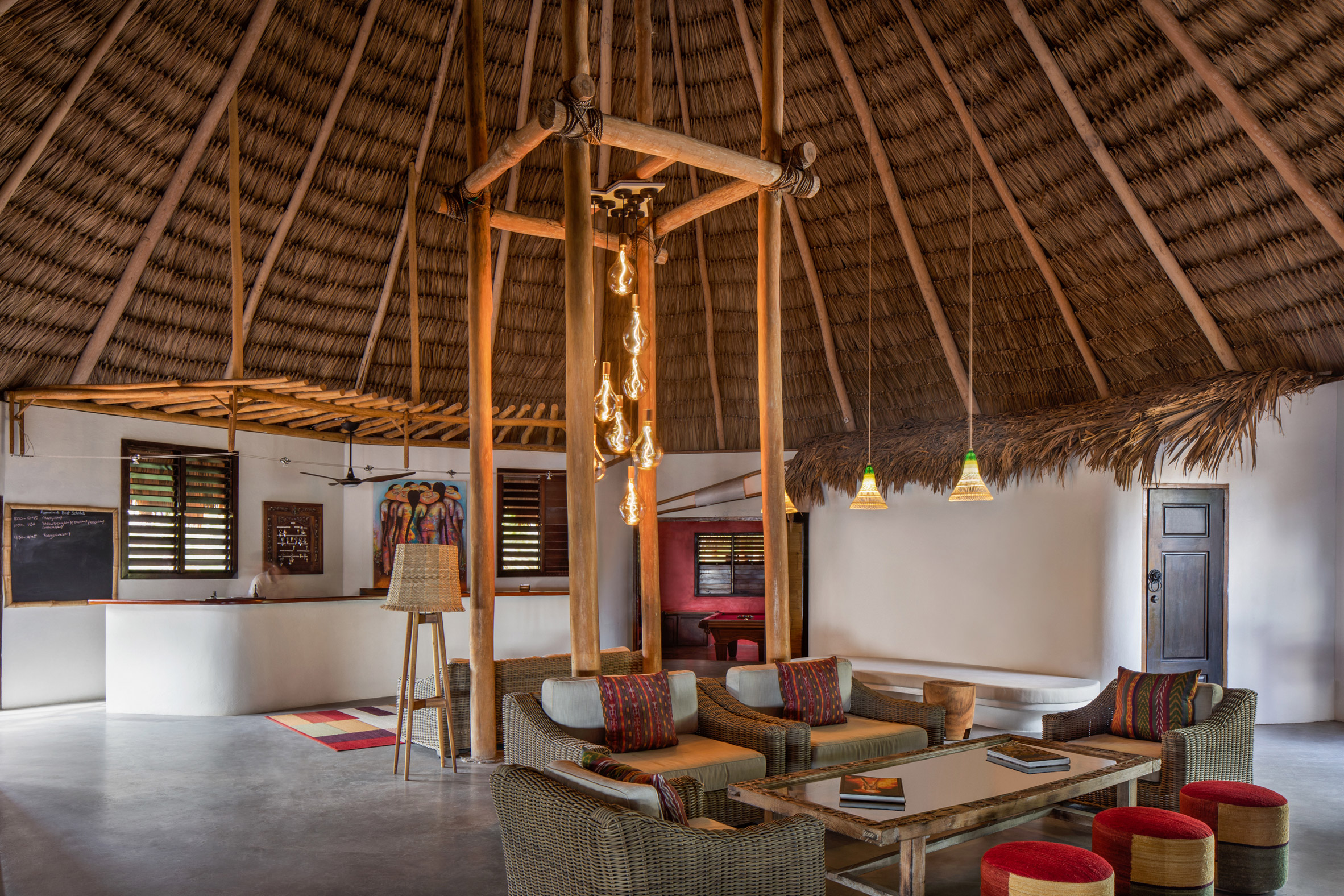 Their lofty interiors were individually designed with artisanal finds from around Latin America, as well as bedding by sustainable Greek brand Coco-Mat. 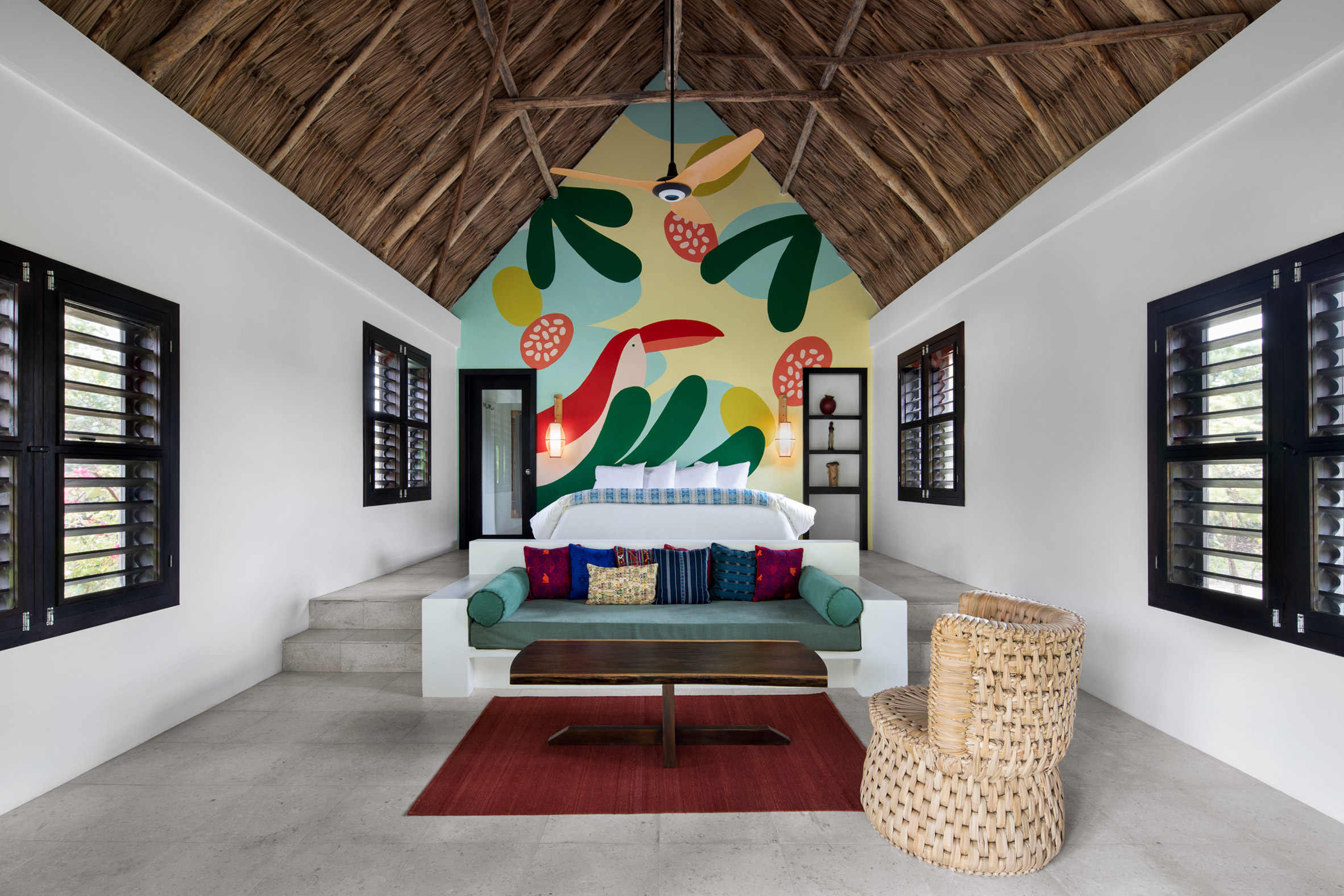 Murals of native plants and animals that Montreal-based illustrator Cécile Gariépy created to draw on the Caribbean are painted on the bedroom walls. Gariépy also hand-painted signage throughout the hotel. 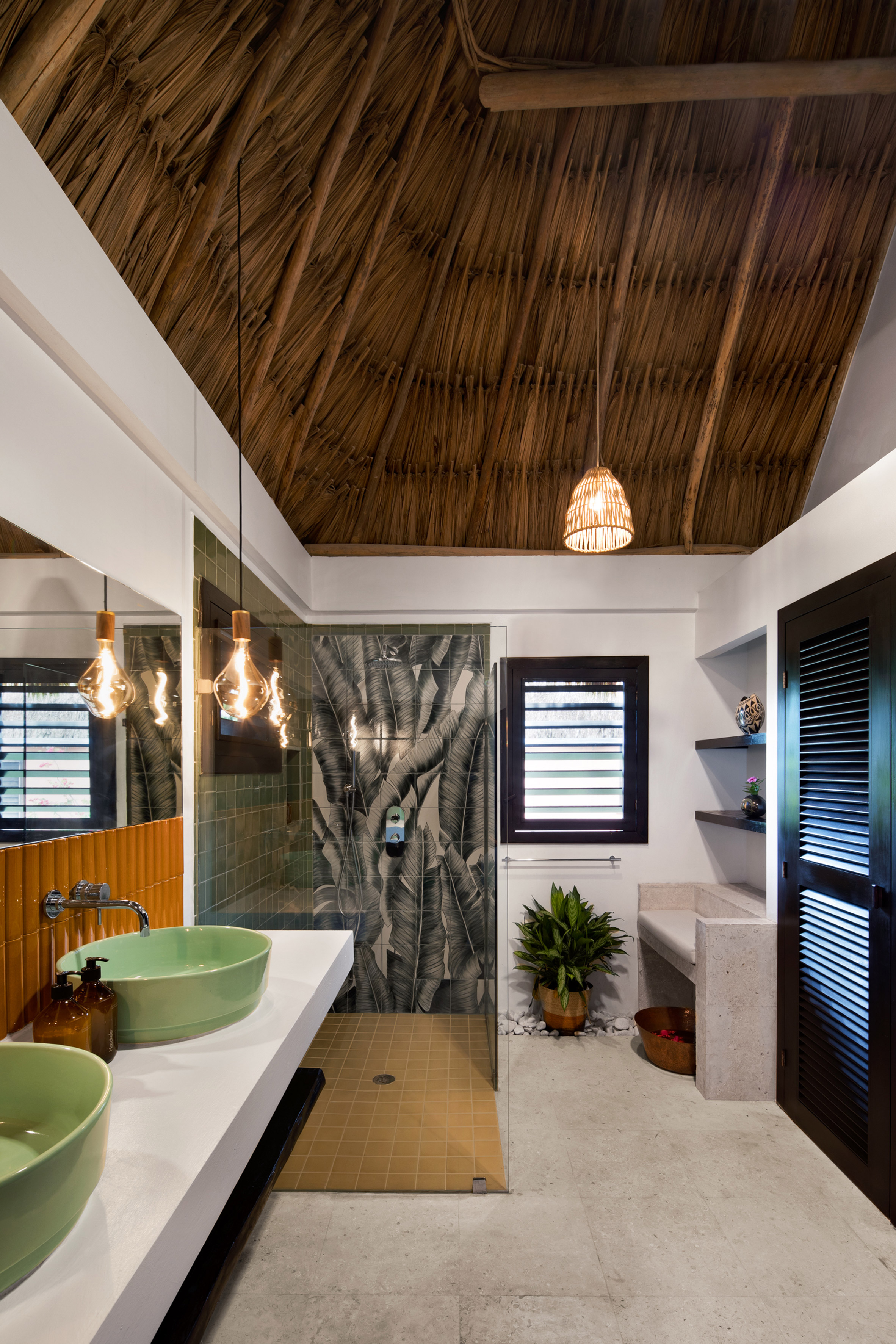 “Our worldly sensibility, attention to detail and experience curating brands uniquely positioned us to work with Matachica,” said Dexter Peart.

“The result is a redefined Belizean beach experience that honours craftsmanship, sustainability, and functionality.” 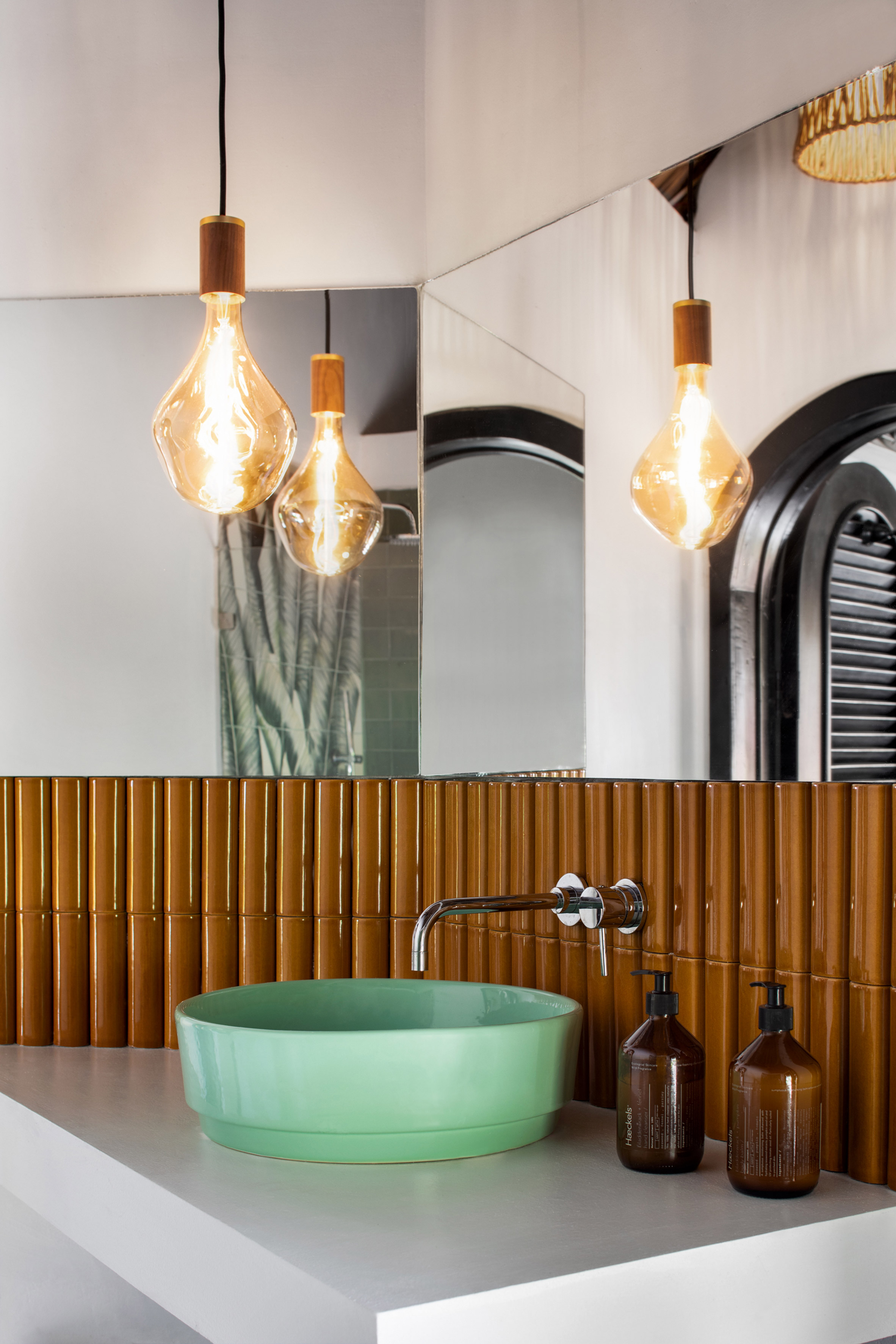 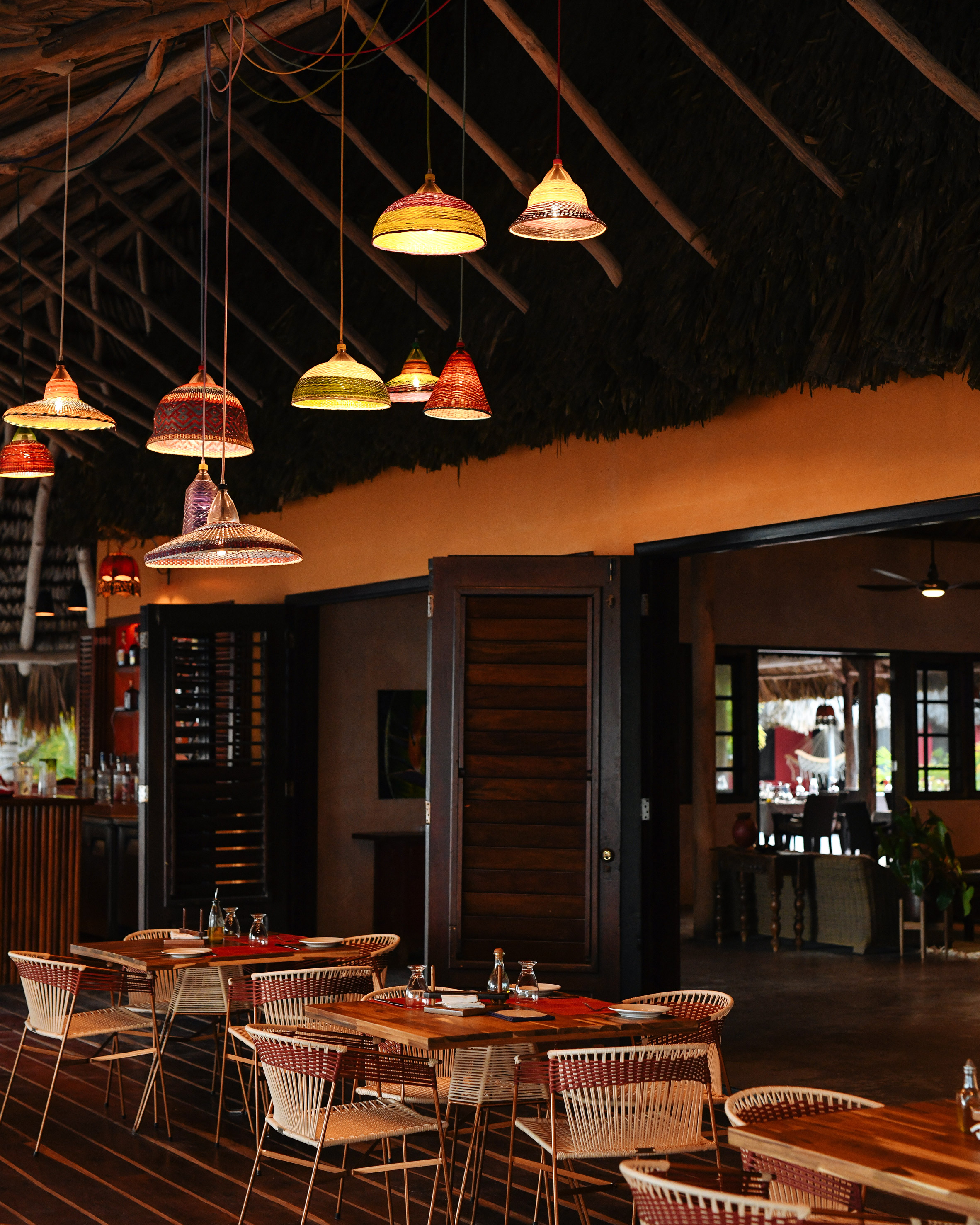 A circular bar called Danny’s Tree Bar was built around a large tree on the property. It features a bar top made from locally sourced wood and a bamboo base, with vibrant Tucurinca Cubico bar stools for seating. 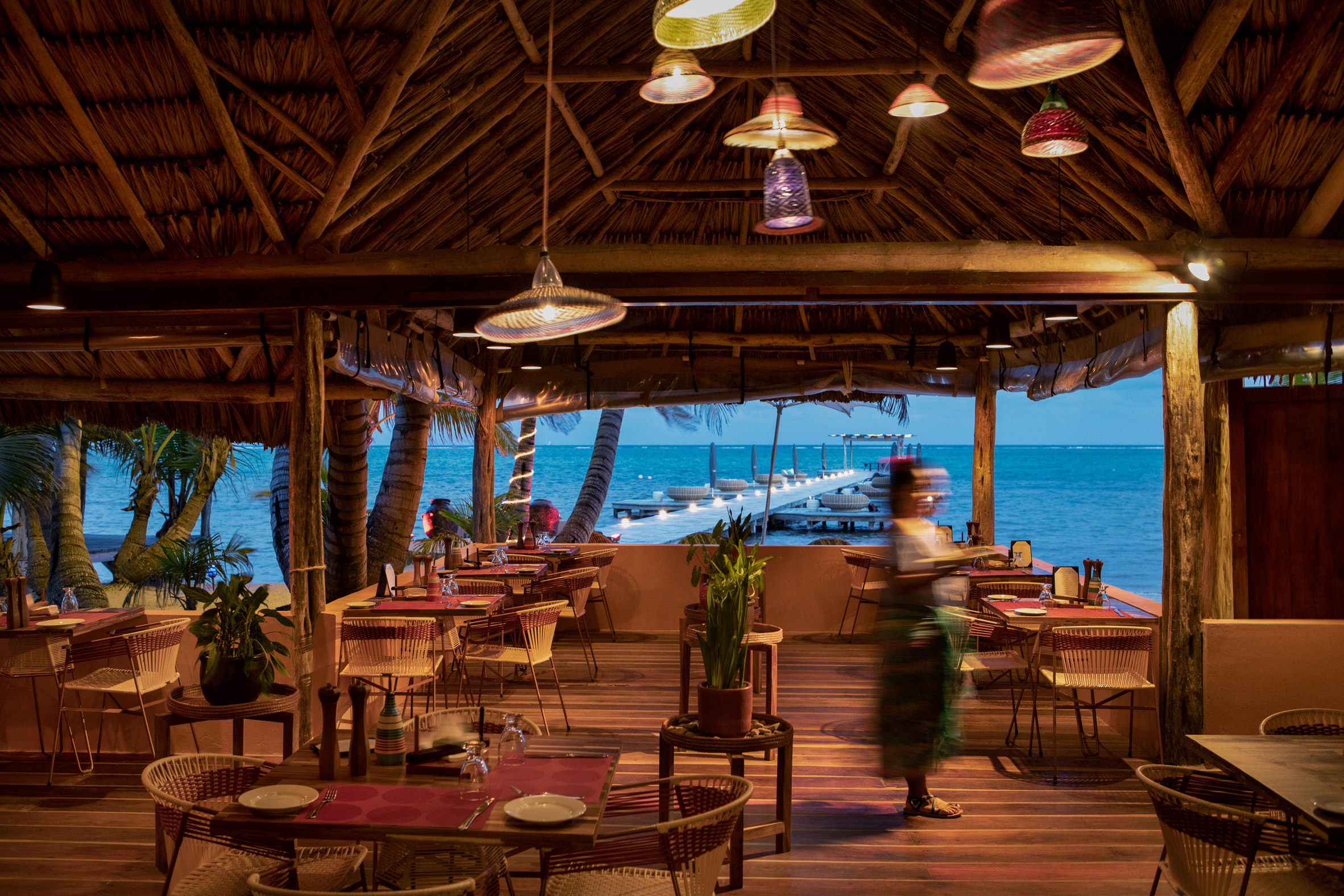 Prior to founding Byron and Dexter Design, the Pearts twins designed the WANT Les Essentiels flagship in New York’s West Village, and WANT Apothecary concept stores at the NoMad hotel New York, and across Canada.

Matachica resort is among a number of enticing holiday spots in Central America, including a surf retreat and a beach resort featuring a waterfall in Costa Rica.