Thomas Heatherwick‘s studio has revealed its own video and photographs of its tree-covered development in Shanghai, following the release of drone footage earlier this week.

Heatherwick Studio‘s 1000 Trees, previously called Moganshan, is currently under construction next to the city’s M50 arts district. The huge tree-covered development design is split across two sites, connected by a narrow strip of land containing a number of government offices and a historic building.

The London-based studio released a video and images today, less than a week after unofficial drone footage by architects Wahyu Pratomo and Kris Provoost was published online. The new material shows the stepped concrete structure nearing completion, with many full-sized trees planted on the roof. 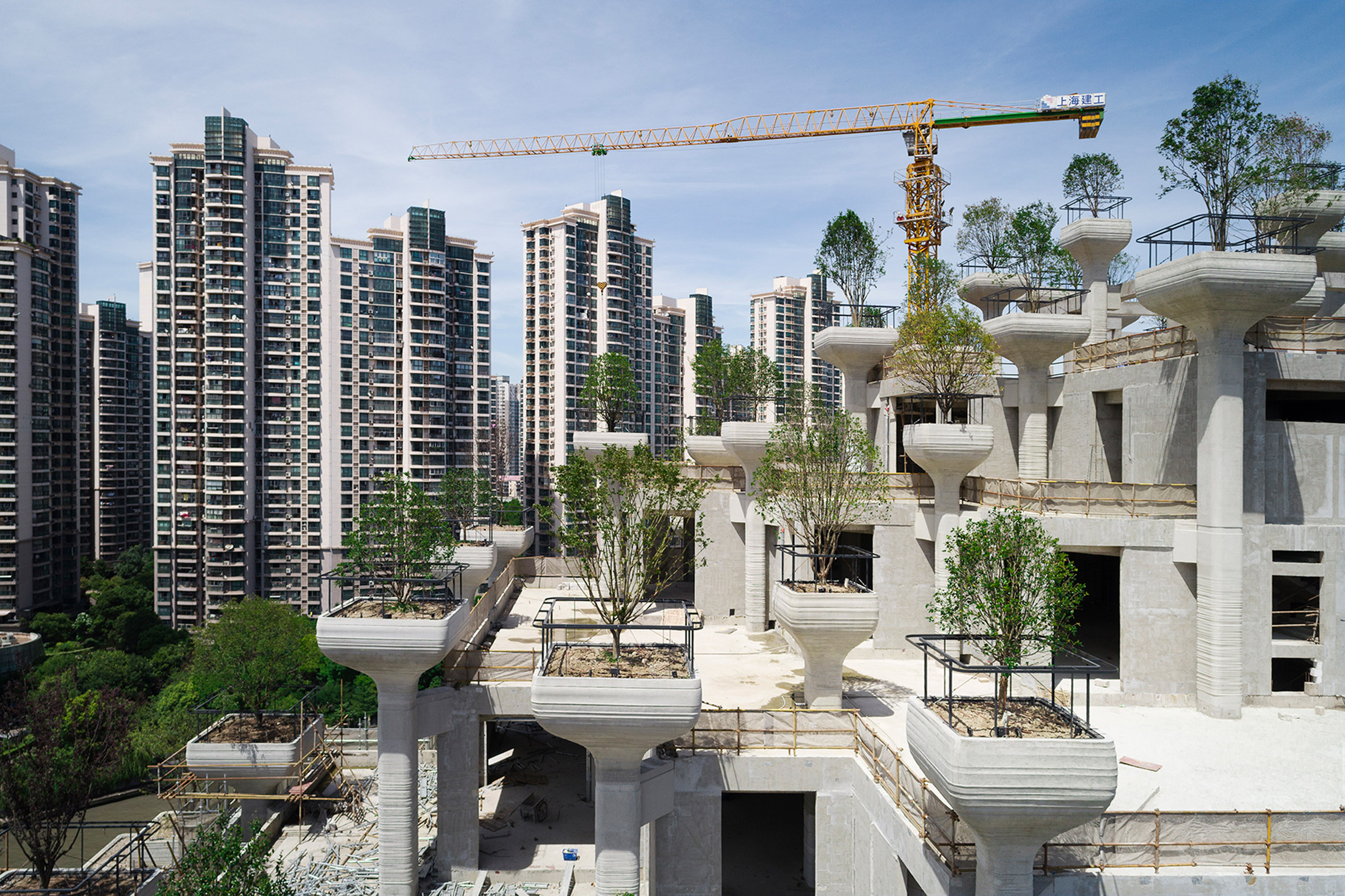 “1000 Trees is conceived not only as a building but as a piece of topography and takes the form of two tree-covered mountains, populated by hundreds of columns,” said Heatherwick Studio.

“Rather than hiding the columns which provide structural support, the columns emerge at the top of the building as large planters, each holding a handful of trees.”

The studio first unveiled a proposal for the project back in December 2015. Covering an area of 300,000 square metres, the mixed-use complex is backed by Chinese developer Tian An China. 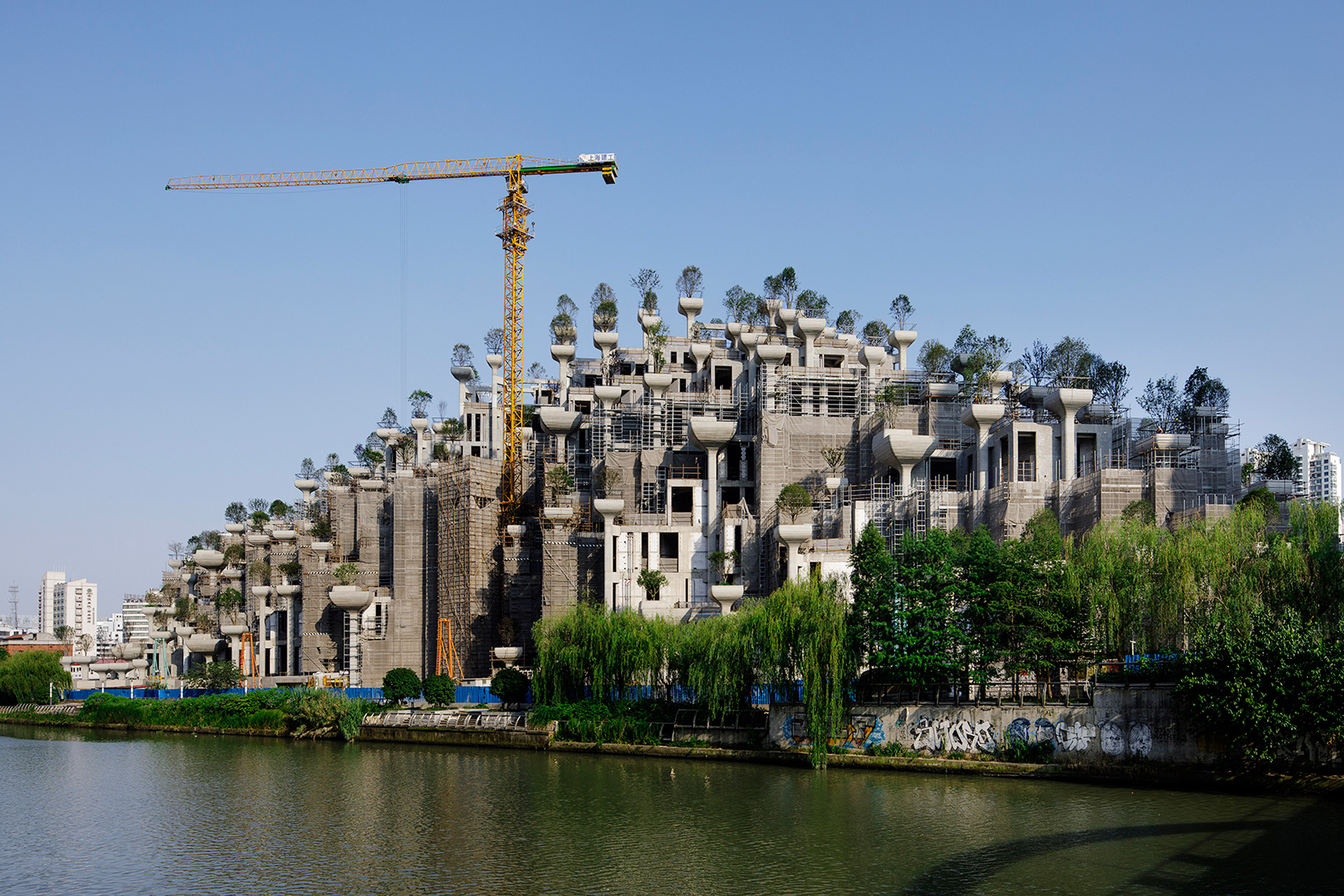 The distinctive staggered outline of the development is designed to accommodate a pair of shopping centres that are also planned for the site.

“Existing planning permission for two conventional shopping mall blocks had been granted for the site, but a huge, boxy building would need to be broken into smaller pieces in order to fit in with the surroundings,” explained the studio.

“The integrated planting acts as a natural balancing element and the building’s edges are lowered to minimise the impact where it meets the art district and park, reducing the discernible threshold between them.” 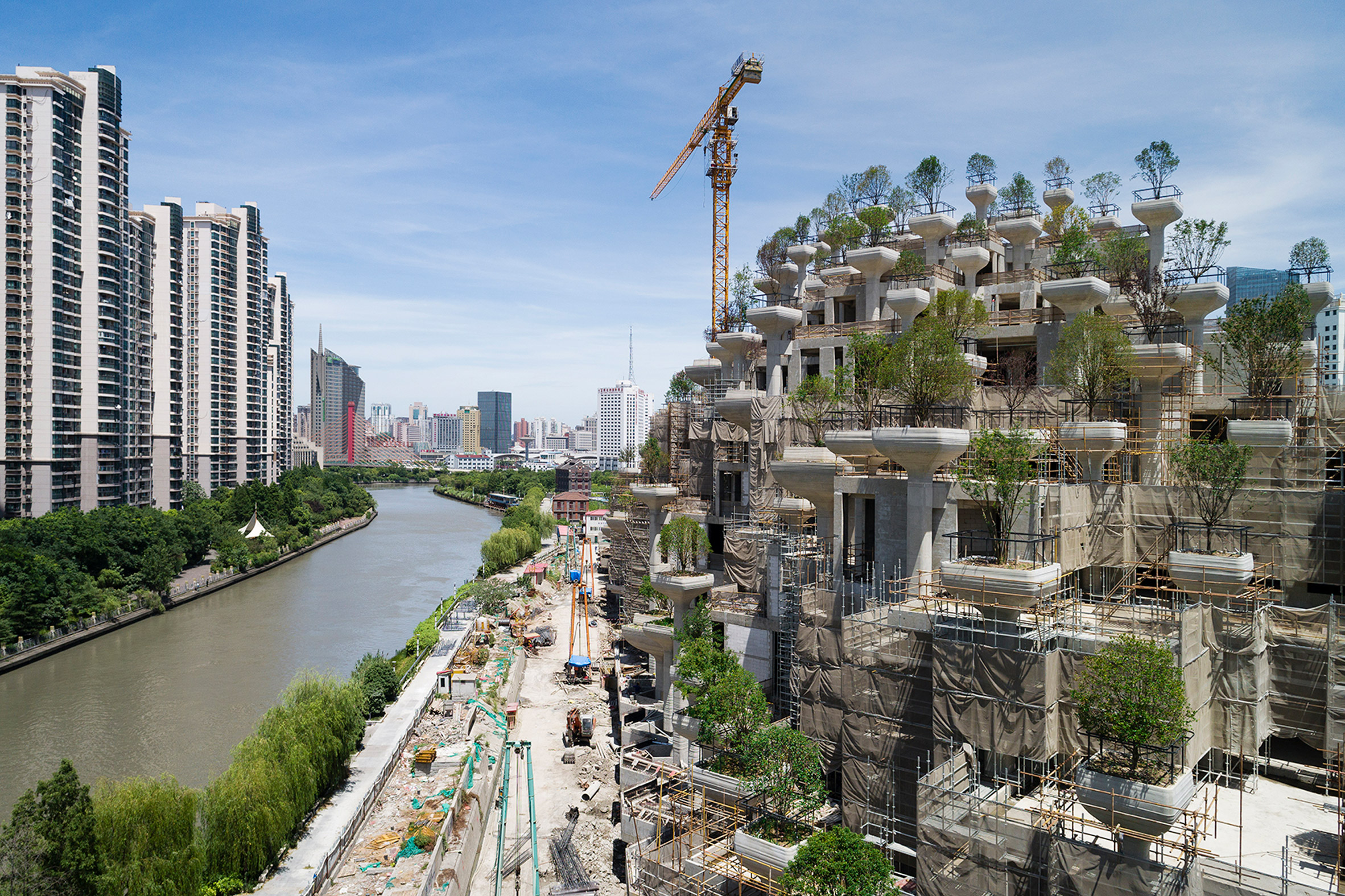 Thomas Heatherwick came in at number 23 on the inaugural Dezeen Hot List.

The designer recently completed work on a new arts and culture centre in Shanghai, which his studio designed in collaboration with Foster + Partners, and is currently working with Bjarke Ingels’ firm on a new London campus for Google.