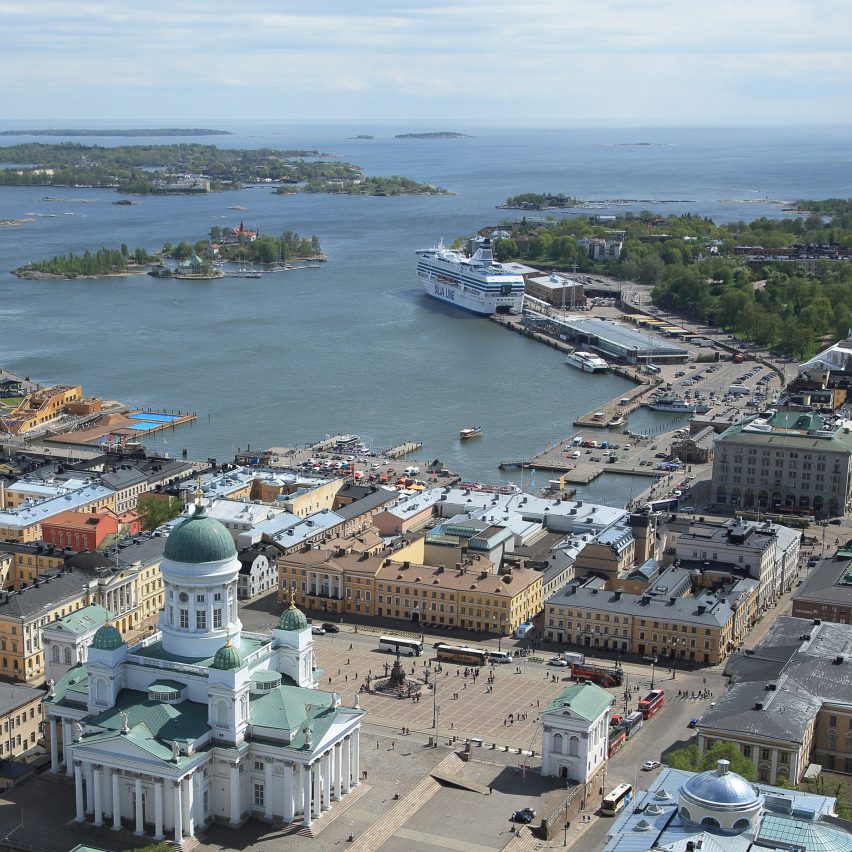 The city of Helsinki has launched a competition to create a new waterfront cultural and leisure district on the South Harbour, which will include a design and architecture museum complex.

The Makasiiniranta area is the last remaining section of old harbour cut off from public use and is currently home to terminals and parking.

The City of Helsinki is looking for proposals from construction and real estate industry operators to turn the area into a “cultural heart” for Helsinki that activates the seafront while creating new public realms, amenities and architectural layers.

The proposals must also include a design and architecture museum complex that will bring together the existing Museum of Finnish Architecture and the Design Museum Helsinki.

Proposal to fit into carbon-neutral vision

Makasiiniranta was formerly the proposed site for the Guggenheim Helsinki, a project that was abandoned in 2016 after the city council chose not to allocate public money to it.

The new architecture and design museum, first announced last year, replaces those plans. Other suggested uses in the area include a hotel, retail space, restaurants and walkable public spaces.

The proposals for Makasiiniranta will also need to integrate the area with the surrounding urban fabric and fit with the City of Helsinki’s overall vision, which includes a commitment to becoming carbon neutral by 2035.

The designated development area is 83,000 square metres, extending from the northern edge of the Market Square’s Cholera Basin to the south side of the Olympia Terminal, on the northern corner of Kaivopuisto.

There is 9,000 square metres tentatively set aside for the museum complex.

The public aspect of the project has come into the spotlight as a result of the coronavirus pandemic.

“As this global pandemic has upended how we use public spaces and facilities, it is an appropriate and important time to look ahead and create a long-term foundation for all future Helsinkians that makes best public use of a prime piece of the city’s seafront and to give it the prominence it deserves,” said Helsinki’s outgoing mayor, Jan Vapaavuori.

“This is a significant moment for urban development and the competition provides a canvas for new ideas, spatial uses, and design solutions that will improve the city of Helsinki on a long-term and sustainable basis,” added the city’s chief design officer, Hanna Harris.

“We have the opportunity to reassess and redefine what our city and its residents need as the best possible conditions for urban life, offering a place that prioritises accessibility for all.”

The City of Helsinki is inviting interested development consortiums to register before 21 June 2021.

Participants will have to submit a plan by December 2021 for public display, after which a shortlist of four will be asked to submit a further developed planning entry in early 2022. The winner will be announced in early autumn 2022.

With a population of 650,000, extending to 1.5 million in the wide metropolitan area, Helsinki is often at the forefront of urban design initiatives.