Danish firm Henning Larsen Architects has won a competition to design a group of buildings in Toronto, with a proposal that channels wind to create a comfortable microclimate in a central plaza.

The Etobicoke Civic Centre will feature a cluster of buildings of different sizes, arranged to shelter a public square from cold prevailing winds. 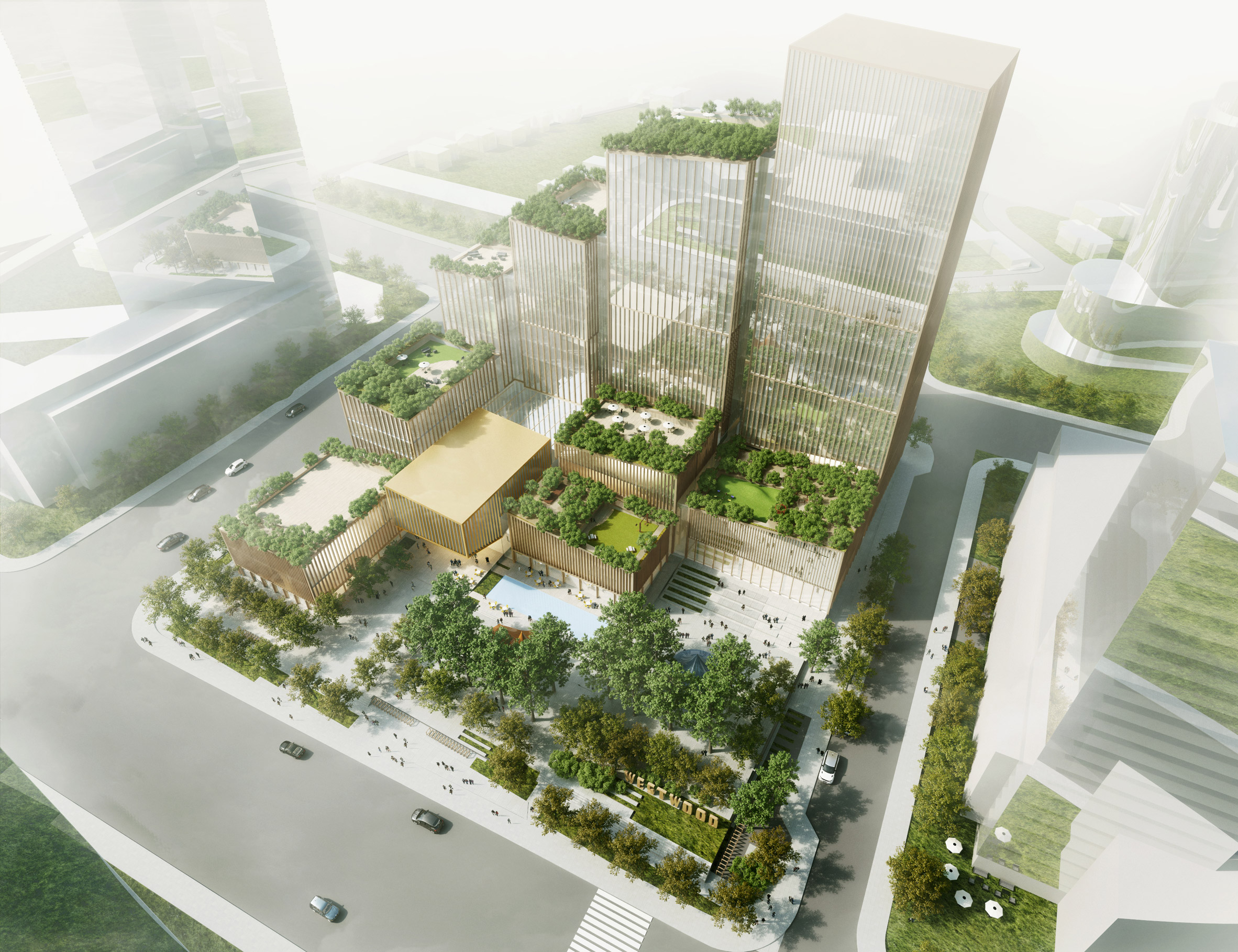 The development was planned to increase pedestrian activity in the area, after research conducted by Henning Larsen found that temperatures in Toronto were perceived as too cold for 60 per cent of the year.

The architects claim that site analysis and local thermal studies have allowed them to prolong the period when pedestrians can comfortably occupy the square by up to five weeks each year. 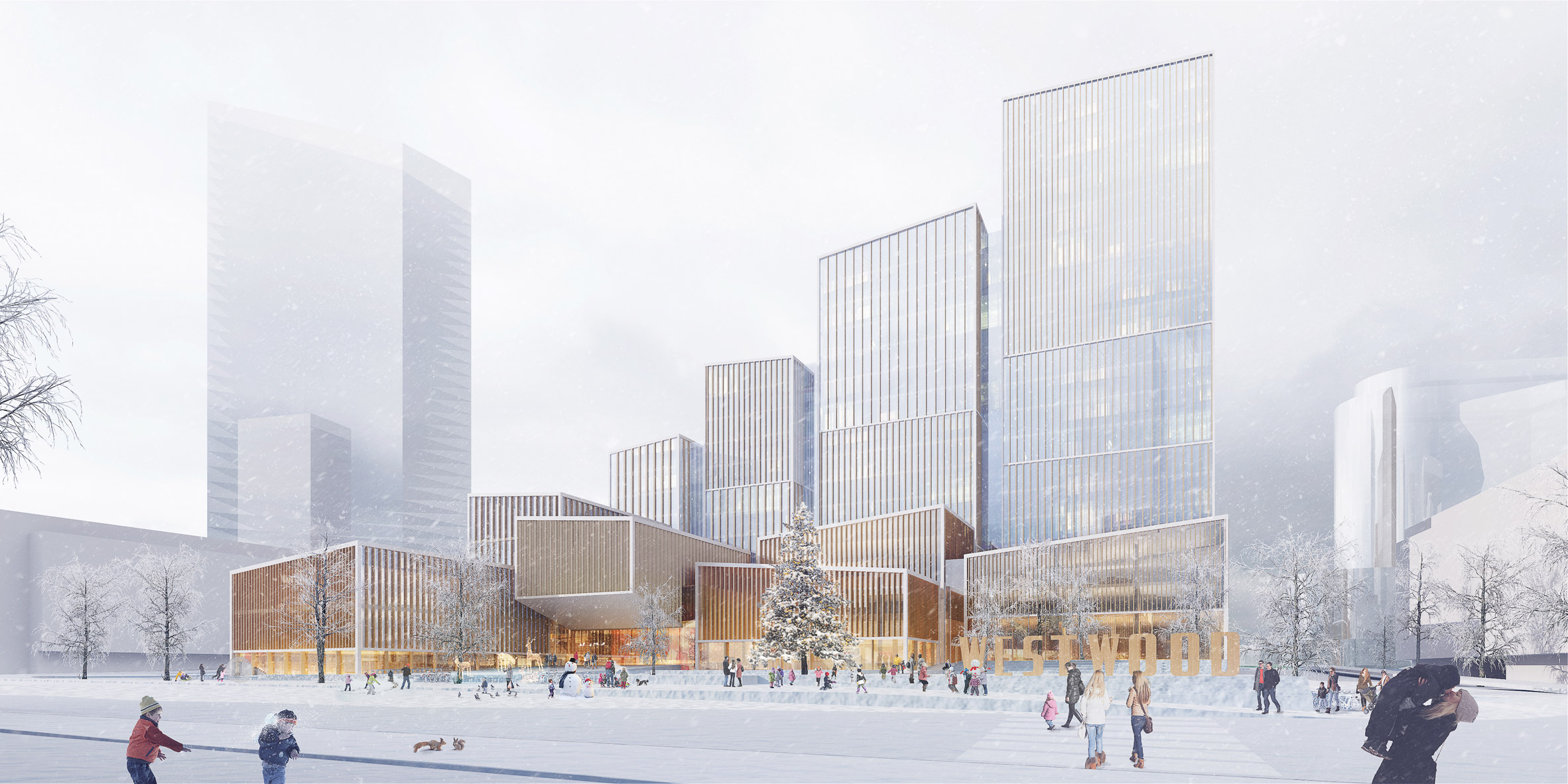 The buildings arranged around the central plaza are all of different heights, and will be topped by public roof terraces that will act as elevated extensions of the square below.

The abundance of public spaces around the site is intended to allow for extensive events programming throughout the year. The architects hope that the development will play host to festivals, outdoor cinema screenings, a weekly farmer’s market and concerts.

Alongside the outdoor spaces, the development will feature municipal offices, a community recreation centre and a branch of the Toronto Public Library. 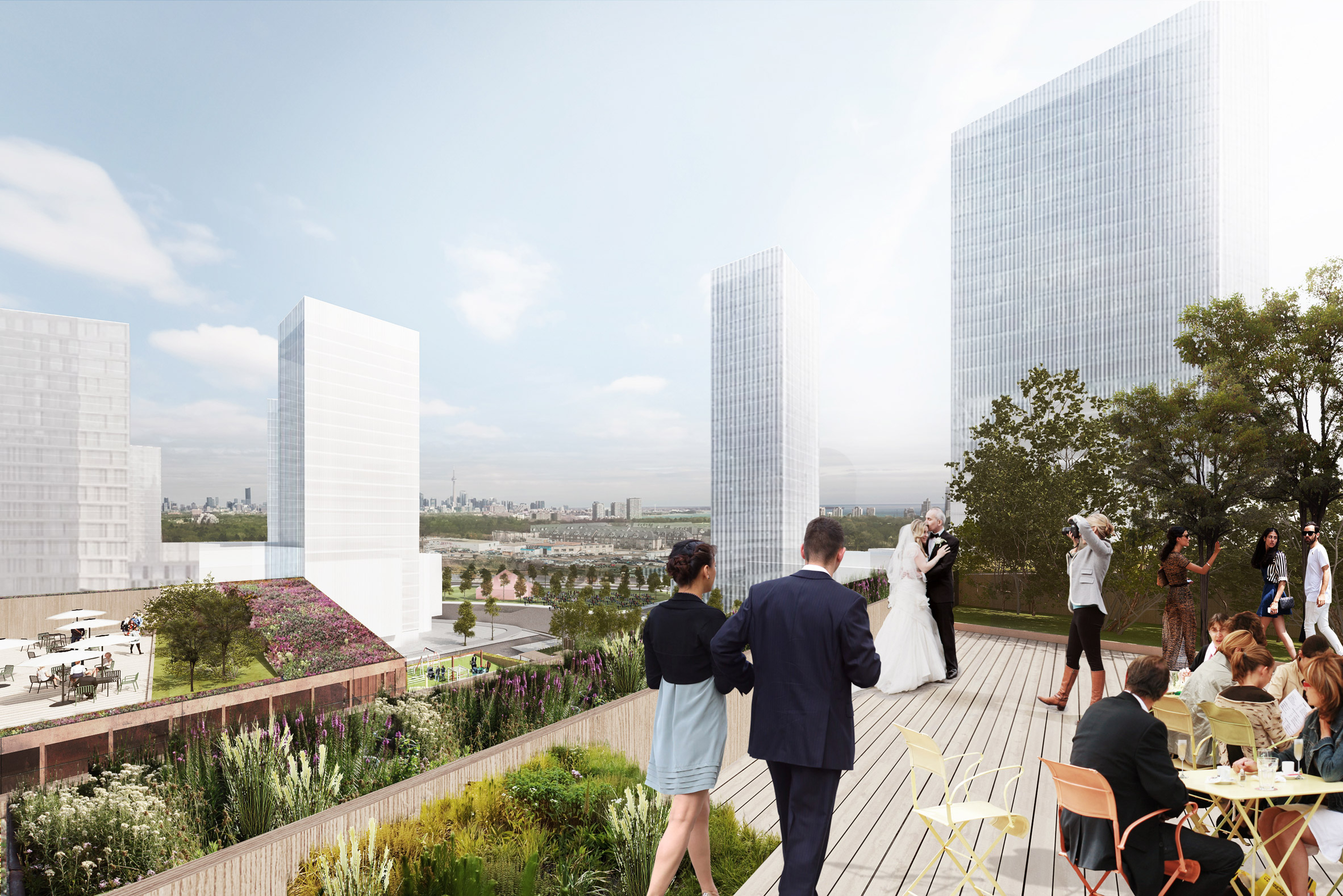 Henning Larsen Architects has employed similar engineering techniques in Riyadh, masterplanning a district of the city to mitigate extreme desert heat. The proportions of buildings in the King Abdullah Financial District were optimised to lower outdoor temperatures by six to eight degrees Celsius, aided by the use of light facade materials.

This movie is part of Dezeen x MINI Living Initiative, a year-long collaboration with MINI exploring how architecture and design can contribute to a brighter urban future through a series of videos and talks.