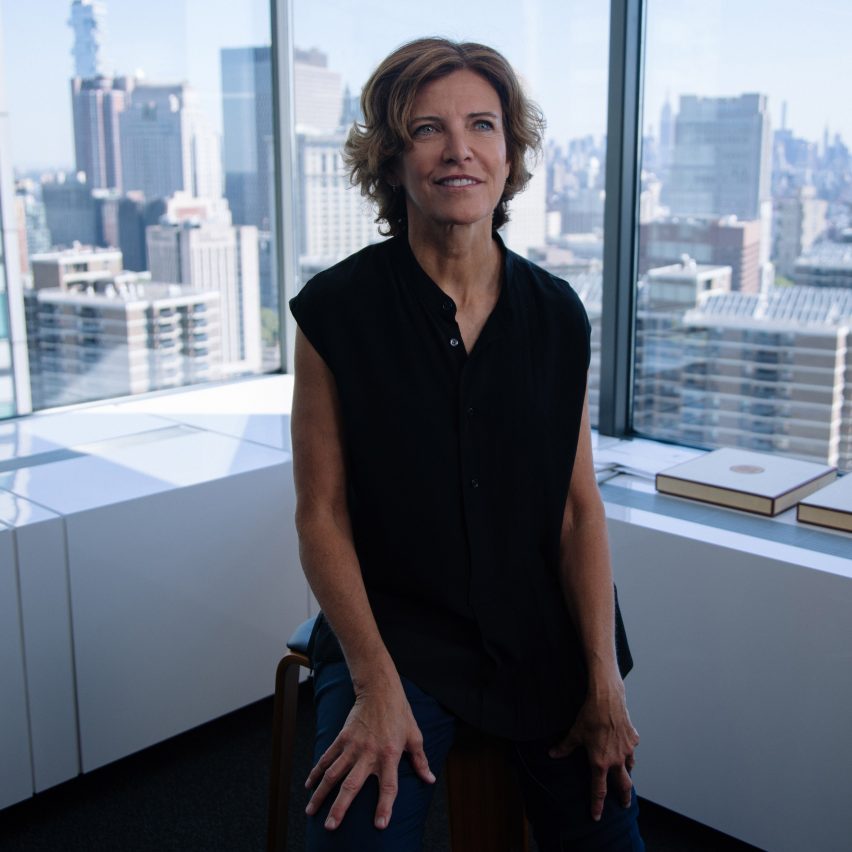 American architect Jeanne Gang has been listed on Time magazine’s list of 100 most influential people for 2019.

The Studio Gang founder is the only architect to make the Time 100 list this year.

She is recognised just a month after winning the commission for the overhaul of Chicago O’Hare international airport, in partnership with Studio ORD.

Among her completed buildings are the WMS Boathouse and the Aqua Tower, both in her hometown of Chicago. She is also building a new 348-storey tower in the city, Vista Residences, set to be the world’s tallest building designed by a woman.

“Jeanne Gang has the WOW factor,” said actress and playwright Anna Deavere Smith, who nominated Gang, in a statement on the Time 100 website. “Her stunning Aqua, in Chicago, is the tallest building ever built by a woman. Now she’s building an even taller one.”

“For Jeanne, architecture is not just a wondrous object,” continued Smith. “It’s a catalyst for change. Her sleek, woody boathouses are helping to revive the polluted Chicago River by filtering runoff organically.”

“Her Polis Station concept aims to improve the way civilians interact with law enforcement by fusing police stations with civic recreational centres,” she added. “She recently tested the idea in one of Chicago’s most violent neighbourhoods, adding a basketball court to the 10th District police station in North Lawndale.”

Time 100 is an annual list of 100 leaders, innovators and celebrities, which the US magazine deems to be global influencers. Other people to make the list this year include Donald Trump, Benjamin Netanyahu, Ariana Grande and Samin Nosrat.

Gang is the second female architect on the list in a row, following in the footsteps of Elizabeth Diller in 2018.

There are also many other women on this year’s list, ranging from celebrities to politicians. These include Sandra Oh, Chrissy Teigen, Nancy Pelosi, Alexandria Ocasio-Cortez, Lady Gaga and Michelle Obama.Gang has been vocal in the past about promoting equality in the architecture industry.

She has closed the gender pay gap at her firm completely. Speaking to Dezeen last year, she said that firms needed to be challenged.

“We should start to think about asking people to declare if they have closed their pay gap, the same way we declare the 2030 challenge for the environment for example,” Gang told Dezeen. “Maybe that would put a little more pressure to close the gap.”

Studio Gang has offices in New York, San Francisco and Paris, as well as Chicago. Recent designs unveiled by the studio include a luxury high-rise in Hawaii and a twisting tower in San Francisco.