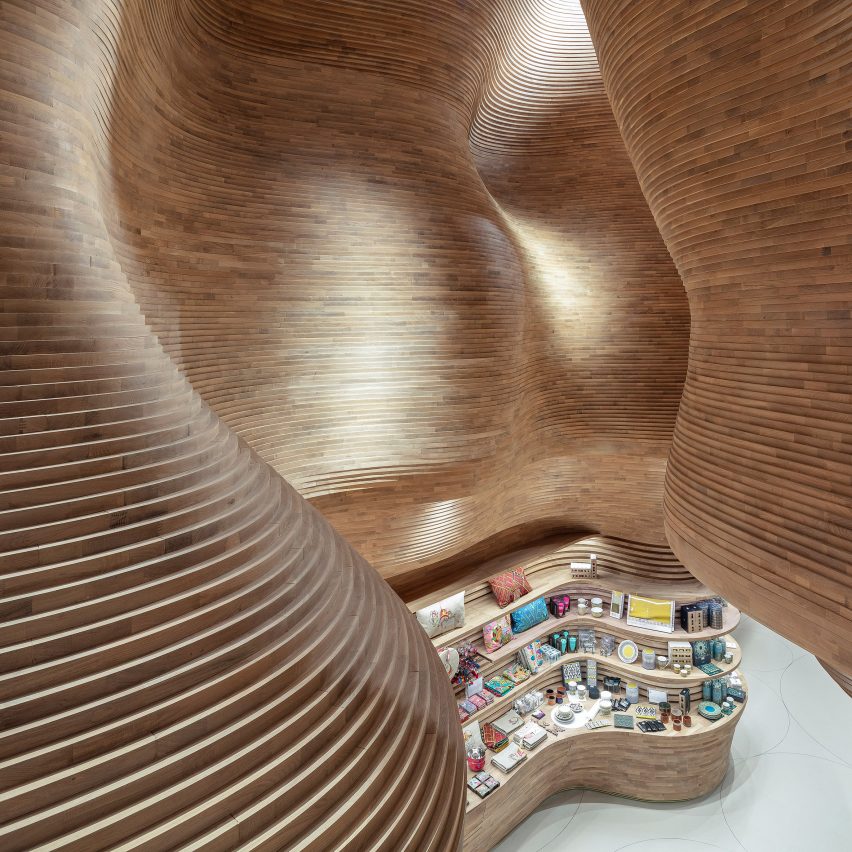 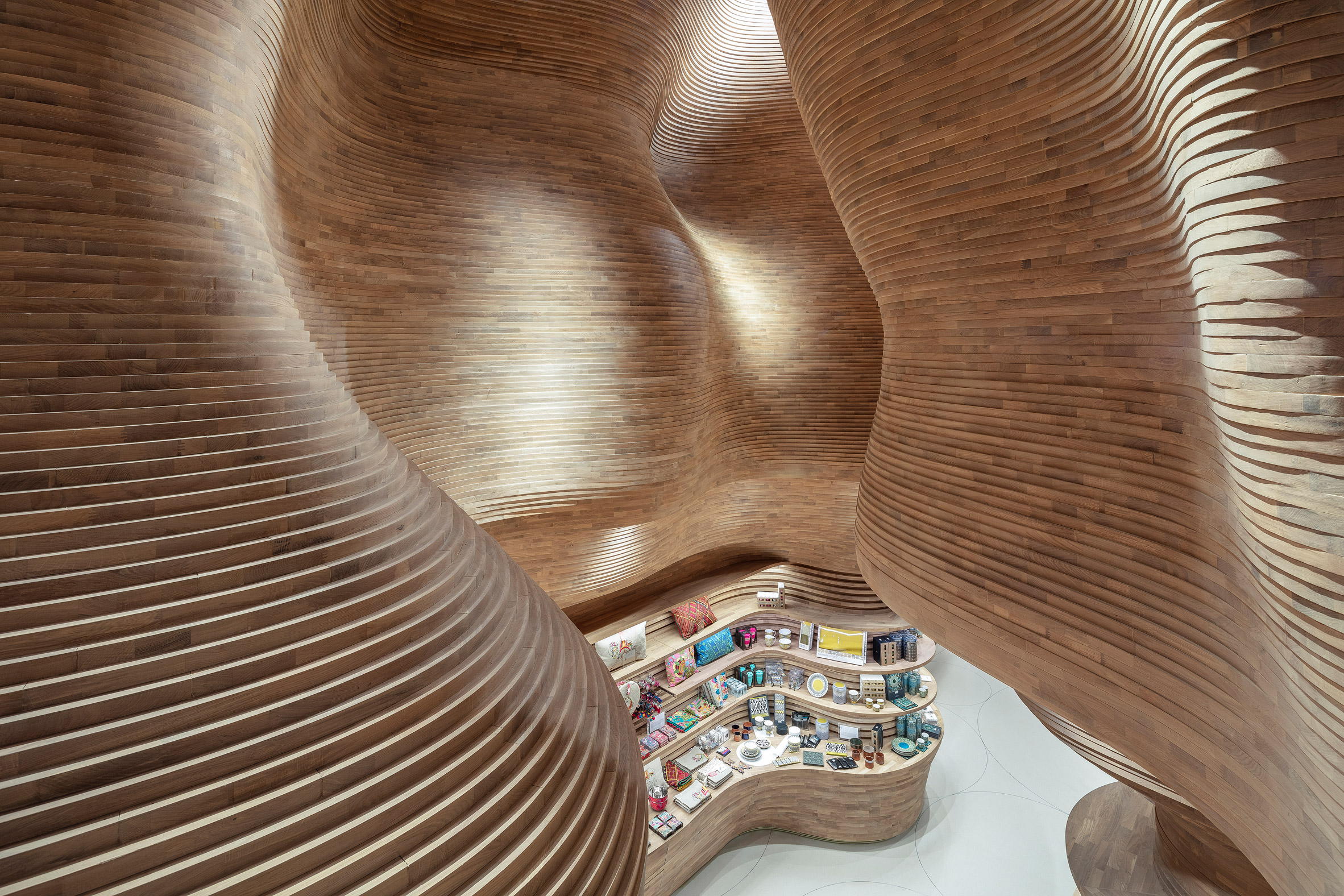 The two cave-like gift shops are the first of a number of interior spaces that Koichi Takada Architects is creating inside the new museum, along with three restaurants set to open later this year.

Now open to the public, the shops are intended to complement the organic form of the museum building by Atelier Jean Nouvel, which was unveiled in March. 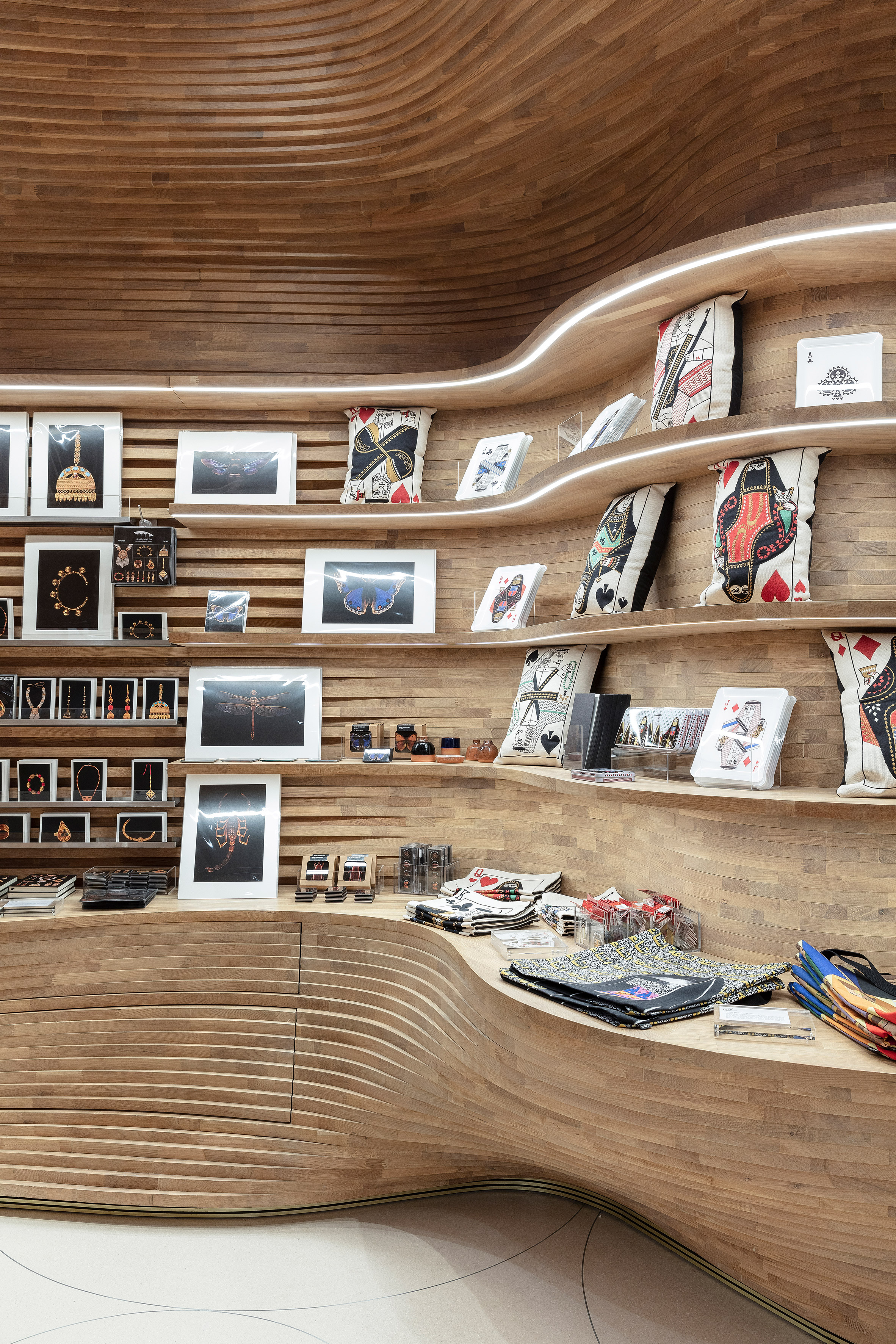 The gift shop interiors are characterised by soaring wooden walls that create a series of cavernous enclosures from stacked wooden profiles.

A total of 40,000 pieces of wood, designed using 3D modelling, were used to construct the space.

Each piece is unique to its position in the structure, and fits flush only with its complementary segment. They were assembled by hand in Doha by the Italian carpenter Claudio Devoto. 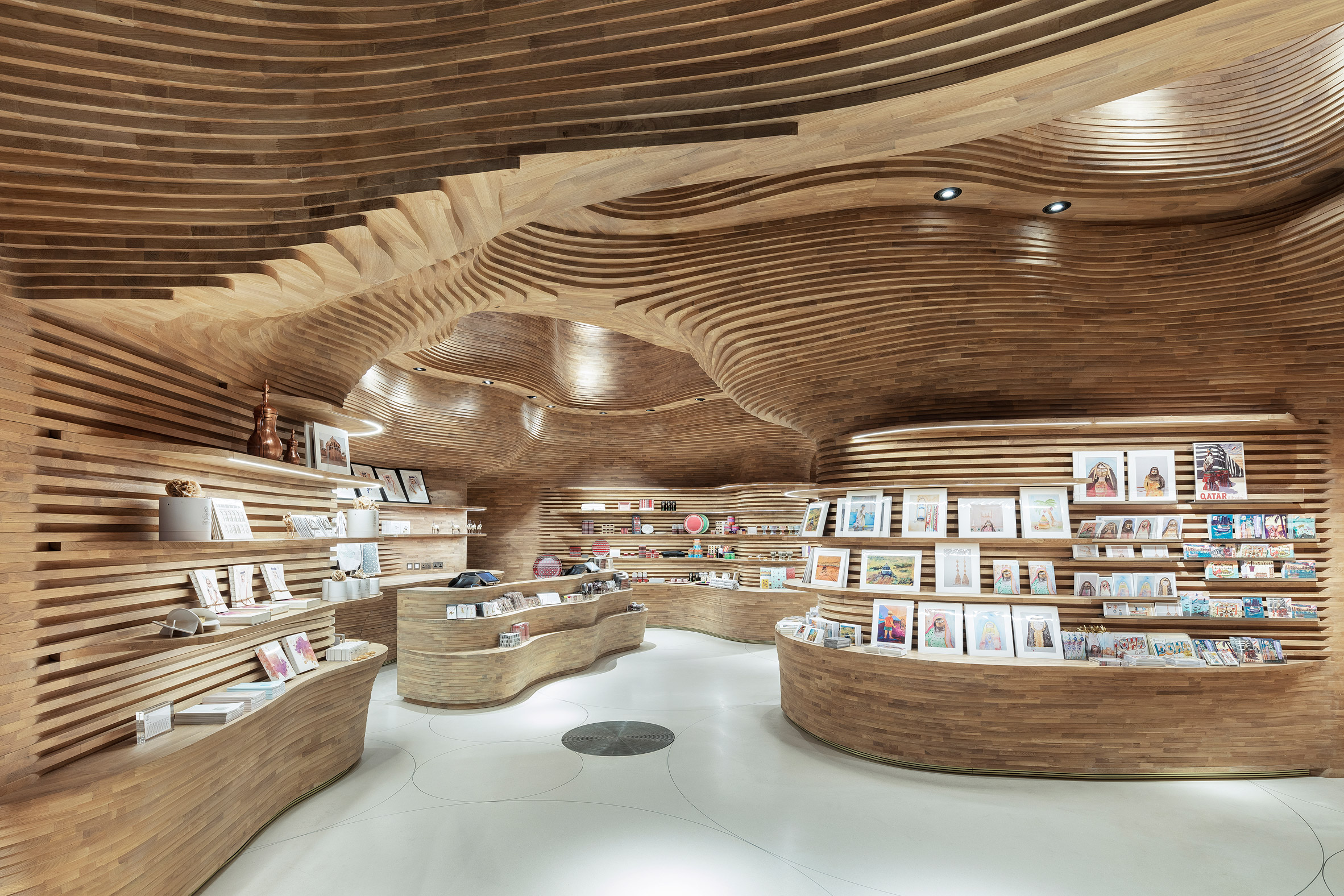 “Designing the interiors of the National Museum of Qatar was an opportunity to create a unique experience for visitors to immerse in Qatar’s cultural heritage,” explained principal architect Koichi Takada.

“Each interior space offers a fragment of the Qatari history, that aims to enhance and fulfil both a cultural and memorable experience for museum visitors.” 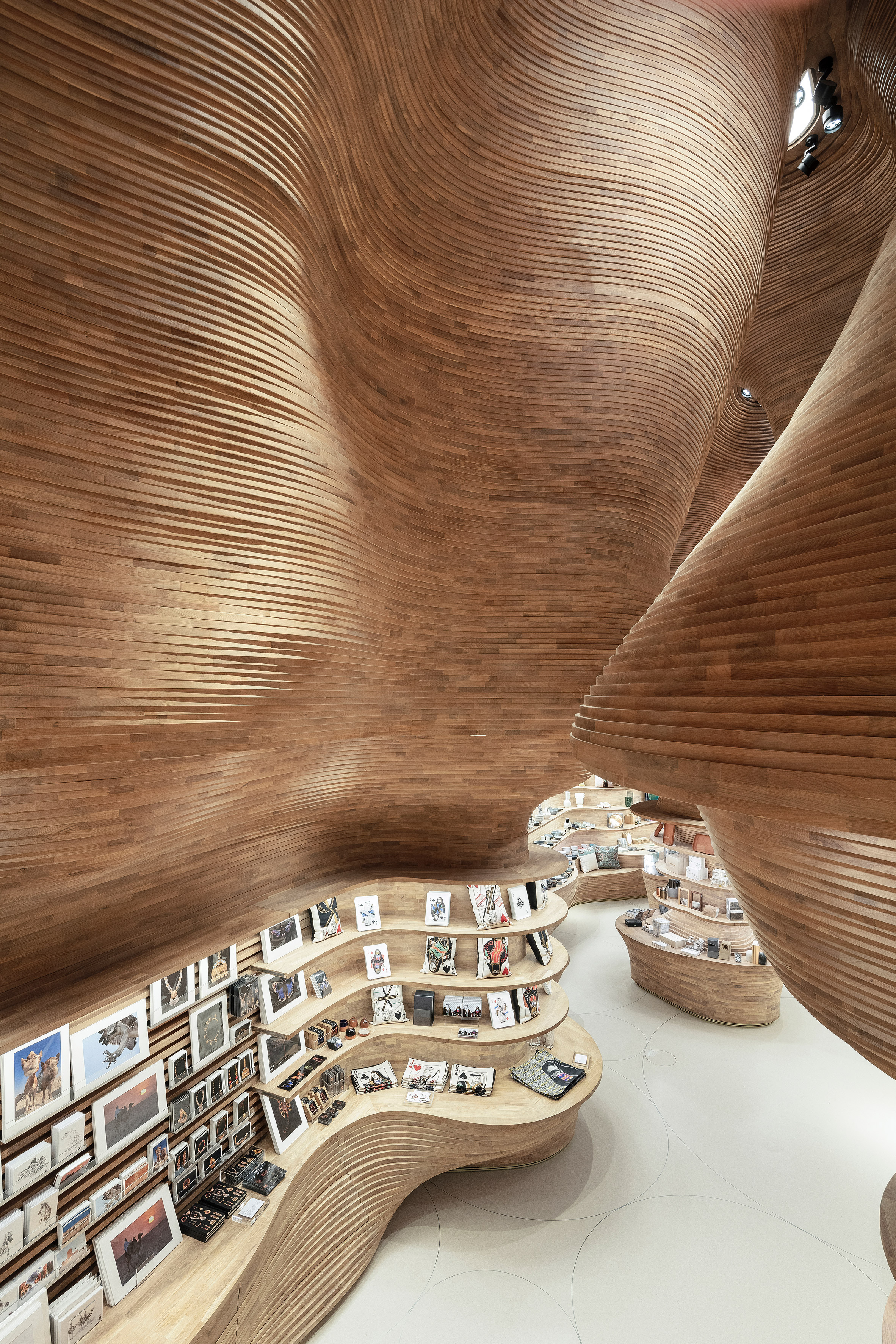 More than a decade in the making, Atelier Jean Nouvel’s National Museum of Qatar is recognised for its dramatic facade comprising a series of colliding discs, modelled on a mineral formation called the “desert rose”.

To complement this aesthetic, Koichi Takada Architects based its design for the shops on the Dahl Al Misfir – a famous 40-metre-deep cavern in central Qatar – known for its glowing walls of gypsum crystals. 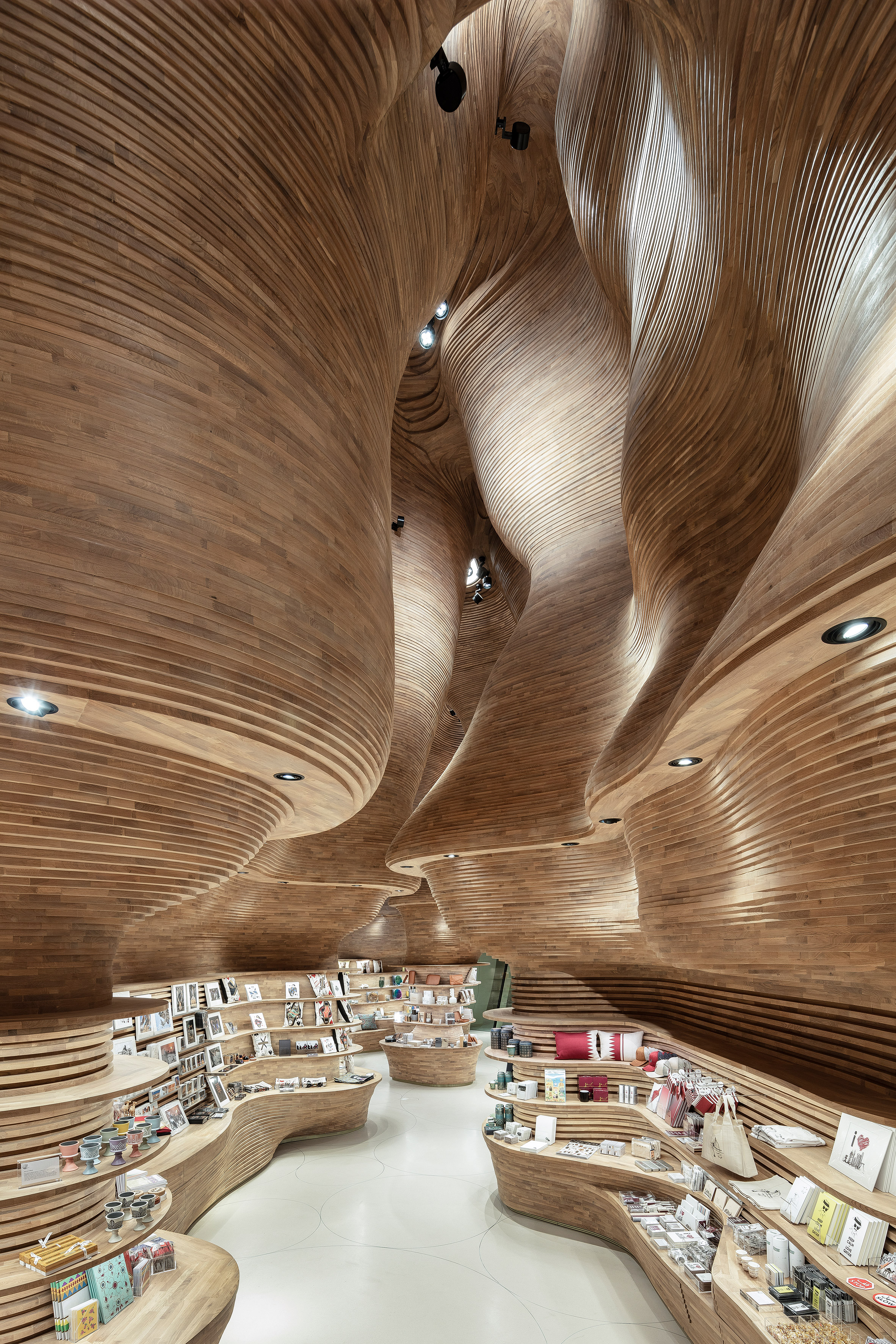 The layers of wood that make up the shops’ interiors extend down like stalagmites in a cave to form columns and display shelves.

Meanwhile, light trickles from skylights that puncture the ceilings, also giving glimpses of the walls outside. 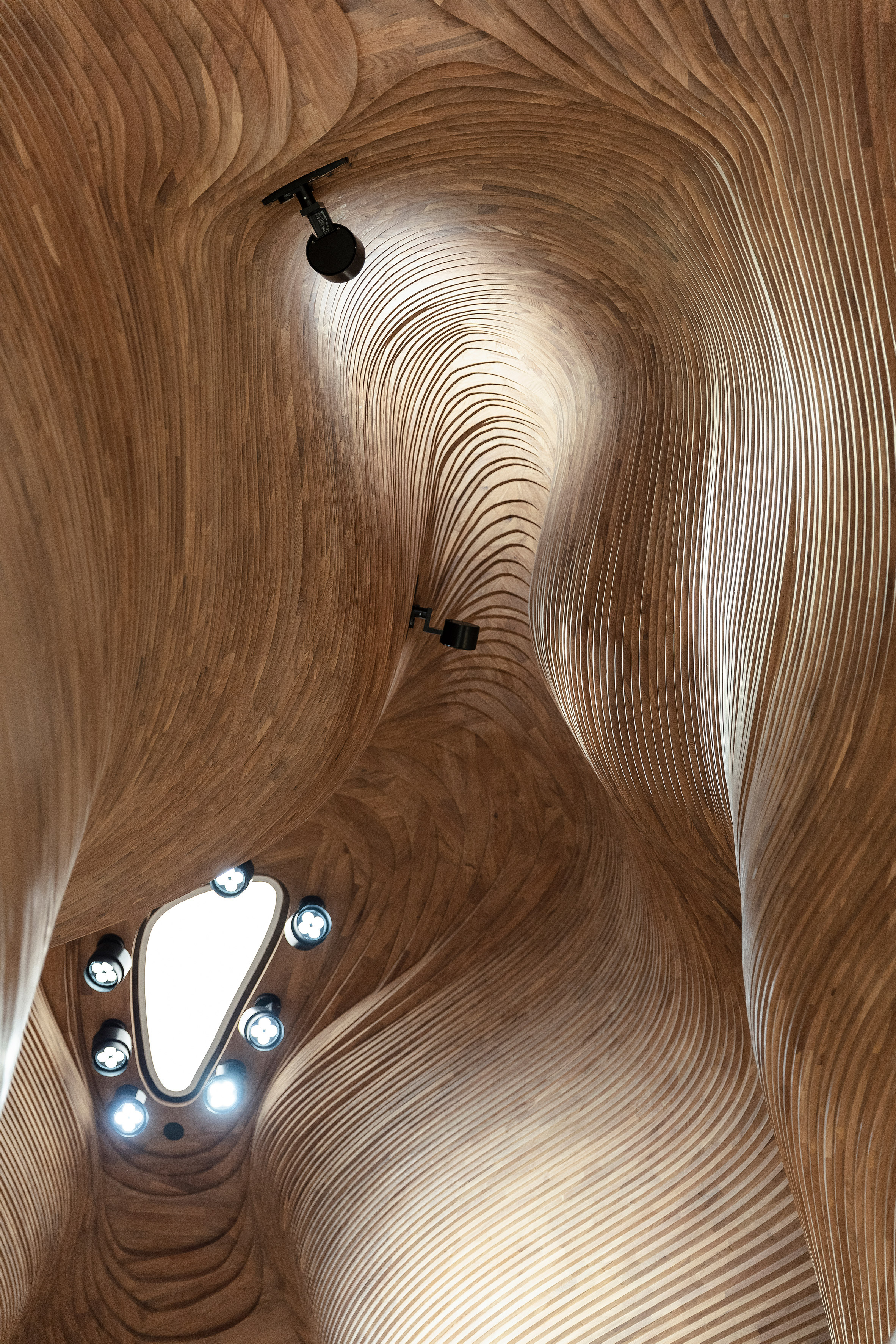 Koichi Takada Architects is an architecture studio founded by Koichi Takada in 2008 with offices in Sydney and Doha.

The studio won an international competition to design the museum’s interiors in 2012. Alongside the two gift shops, it is constructing its Desert Rose Café, Café 875 and Jiwan Restaurant, which are set to open later this year. 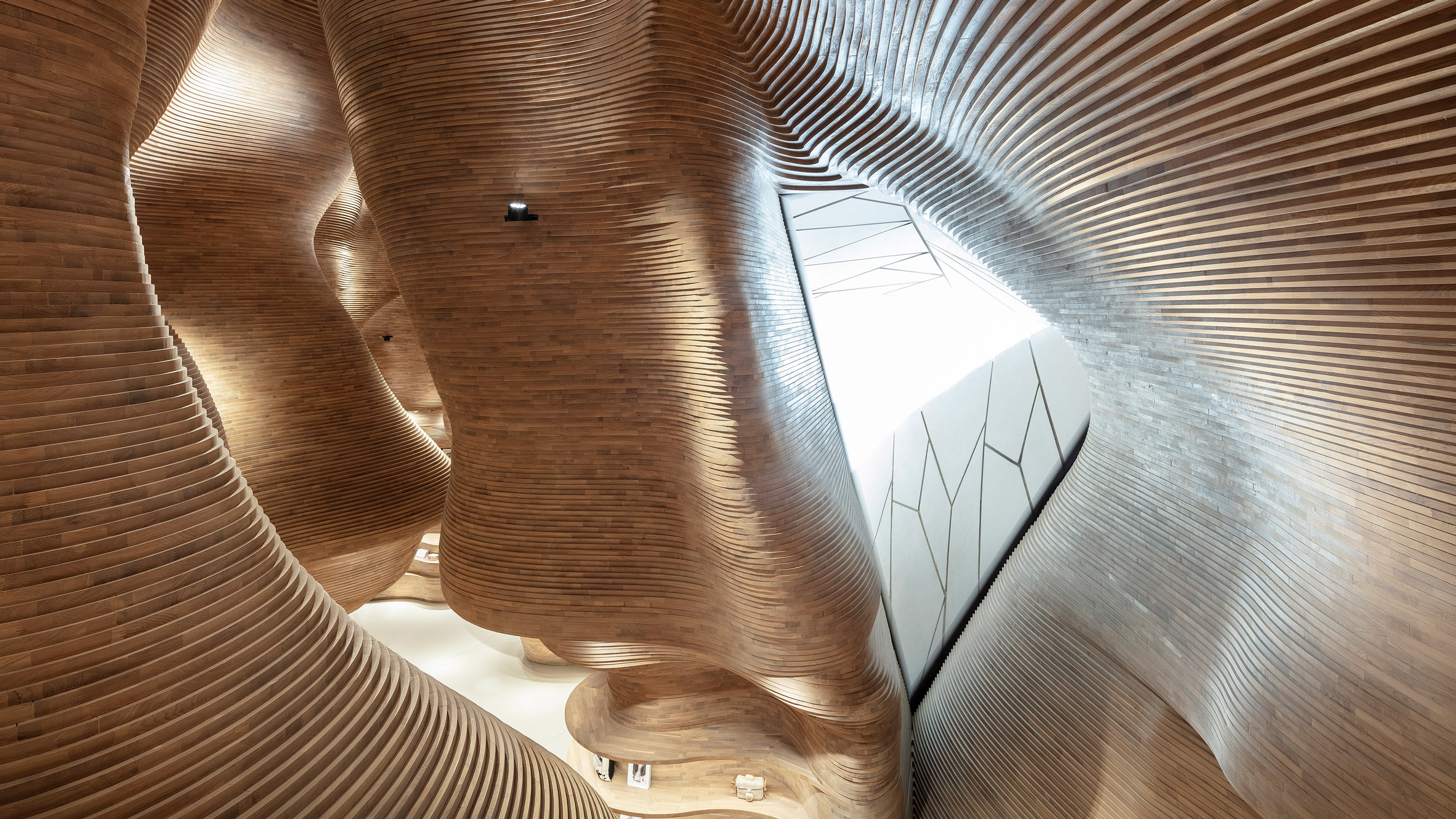 Elsewhere in Qatar, preparation is currently underway for the World Cup in 2022.

Three significant projects include a golden stadium by Foster + Partners, the construction of an arena made from modified shipping-containers, and the near completion of a 40,000-seat stadium designed by the late Zaha Hadid.