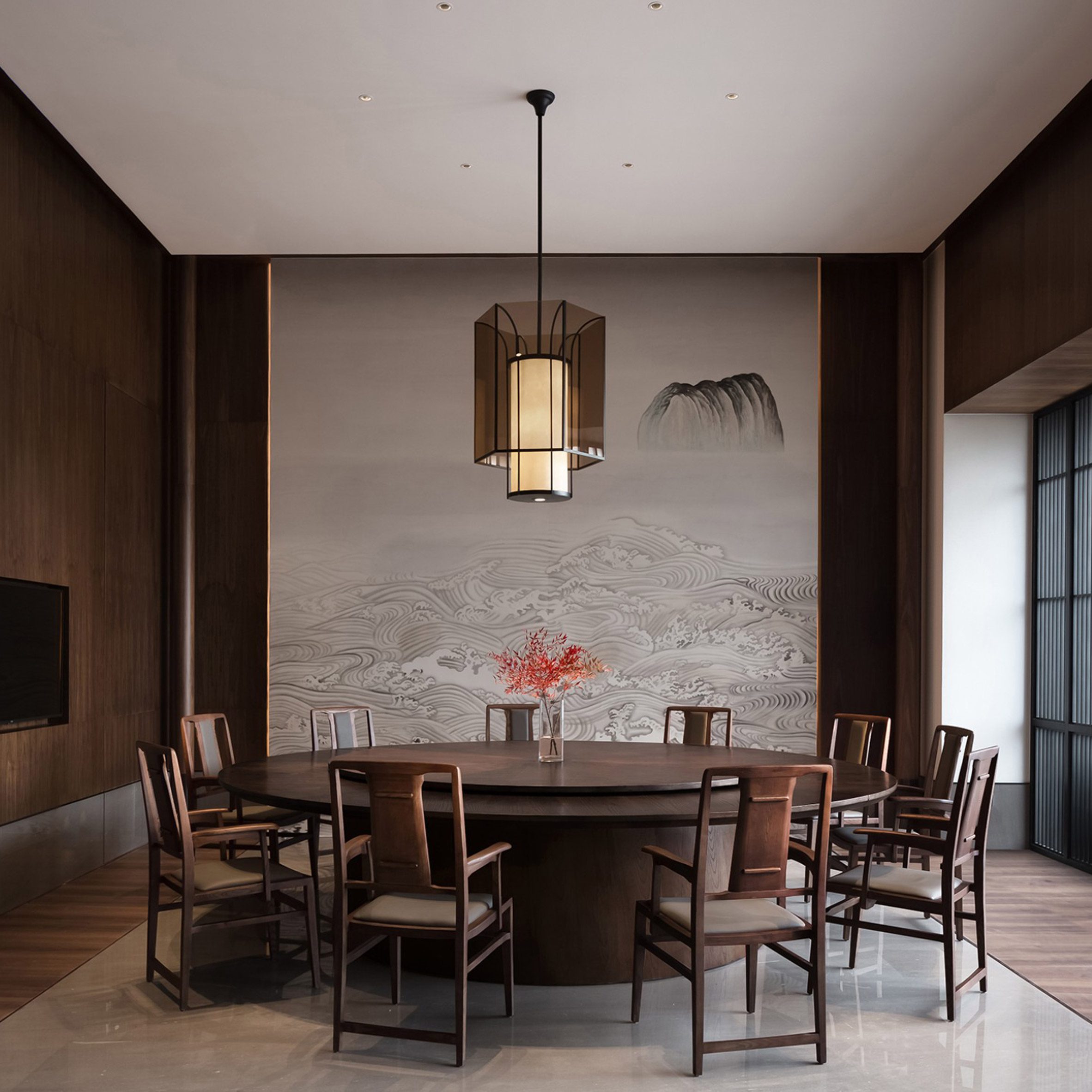 Walnut columns and blackened timber screens nod to the architecture of China‘s golden age in this atmospheric restaurant in Shantou by local interiors studio JG Phoenix.

Founded by three friends, the eatery is named Sui Han San You or Three Friends of Winter after a Chinese phrase, which refers to pine, bamboo and plum blossom.

The dimly lit, 1,200-square-metre restaurant was designed around this motif, often used in traditional art to signify resilience based on the plants’ ability to thrive even in the colder months.

Wood features liberally throughout the space, forming slatted walls, screens and furniture reminiscent of Tang dynasty architecture – a period at the end of the first millennium that is considered a golden era for Chinese art and culture.

“Architecture in the Tang dynasty was characterised by the perfect integration of strength and beauty, as well as a balance between rigour and magnificence,” JG Phoenix explained.

“Such features were incorporated into the design of passages, where walnut columns were orderly arranged at the sides and linked to the ceiling.”

The dark timber is paired with “austere materials” such as light grey stone bricks and brass to create a sense of balance within the space.

Diners enter the restaurant through a sloping corridor with a pool of water running along its length, which leads to the reception.

This is intended to evoke a traditional Chinese garden and create “a sense of ritual and mystery”.

A walnut column rises out of the water, stretching up through a geometric reception desk to the ceiling. Large wooden screens wrap the space, separating the entrance, lobby and stairwell.

A Tang-style writing desk and bookcase furnish the lobby while a dropped wooden ceiling helps to create a more intimate space.

Founded in 2008, the studio has completed various other projects in Shantou including a paint showroom informed by the ancient concept of yin and yang and a fish bladder museum featuring glossy floors, rough-sawn wood and diffused natural light.