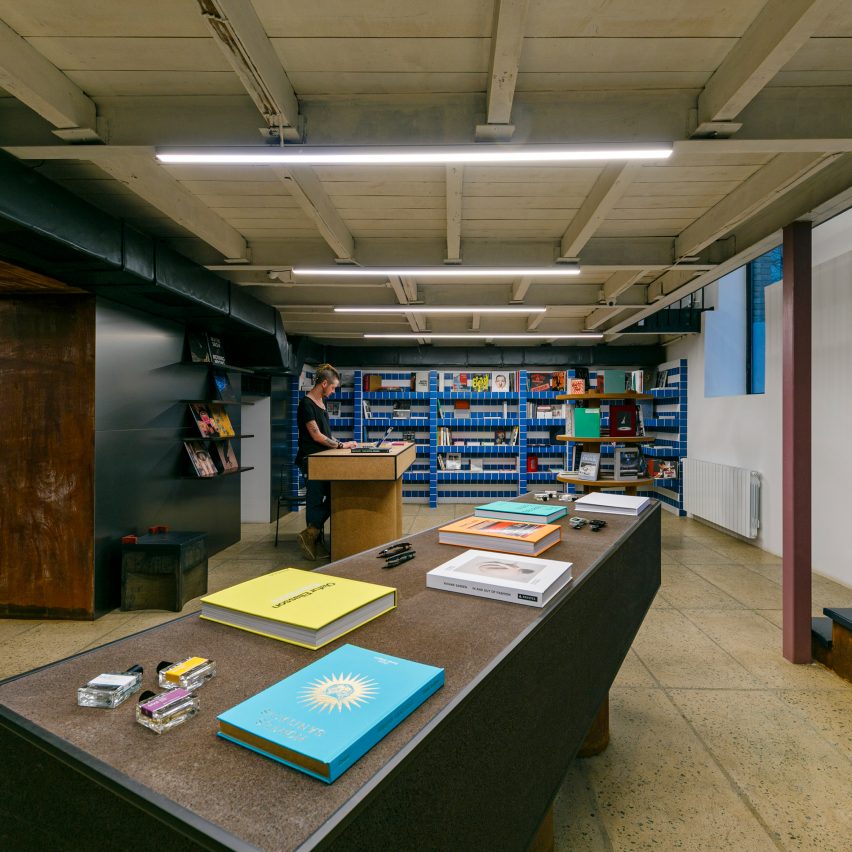 Young Georgian designer Lado Lomitashvili has completed a bookstore-cum-cafe in Tbilisi, which he hopes will “raise the quality of taste” in the city.

They Said Books sells novels, niche magazines and lifestyle objects, and also has an in-house coffee shop. Lomitashvili’s design is centred around the idea that the shop could support the cultural development of Georgia‘s capital. 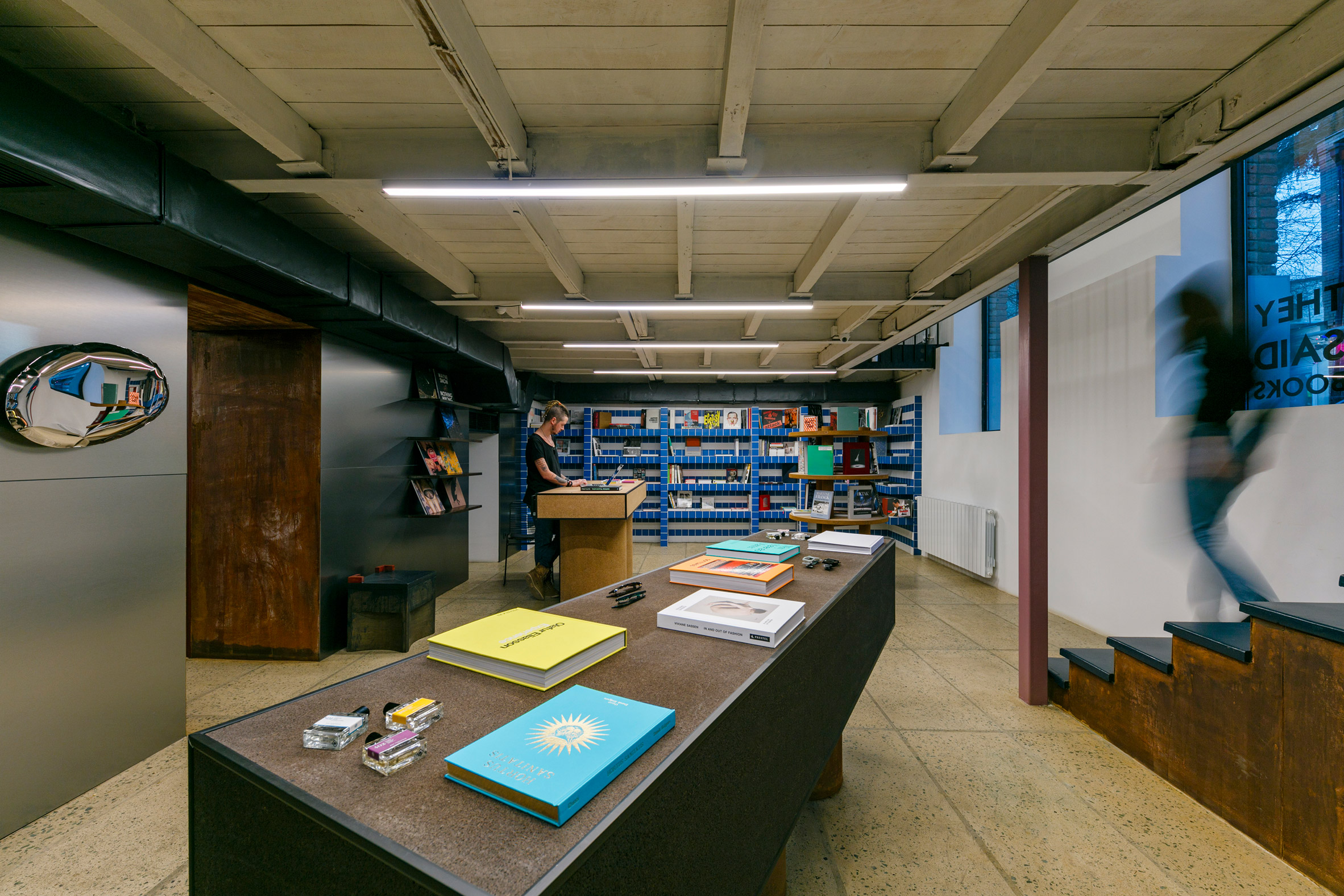 “They Said Books is trying to neutralise the post-Soviet trauma of the country, in particular the city of Tbilisi, by trying to act like a cultural activist,” explained Lomitashvili.

“Booksellers all around the world act like cultural apostles and taste-makers, helping the cities become the places that encourage the cultural development and raise the quality of taste.” 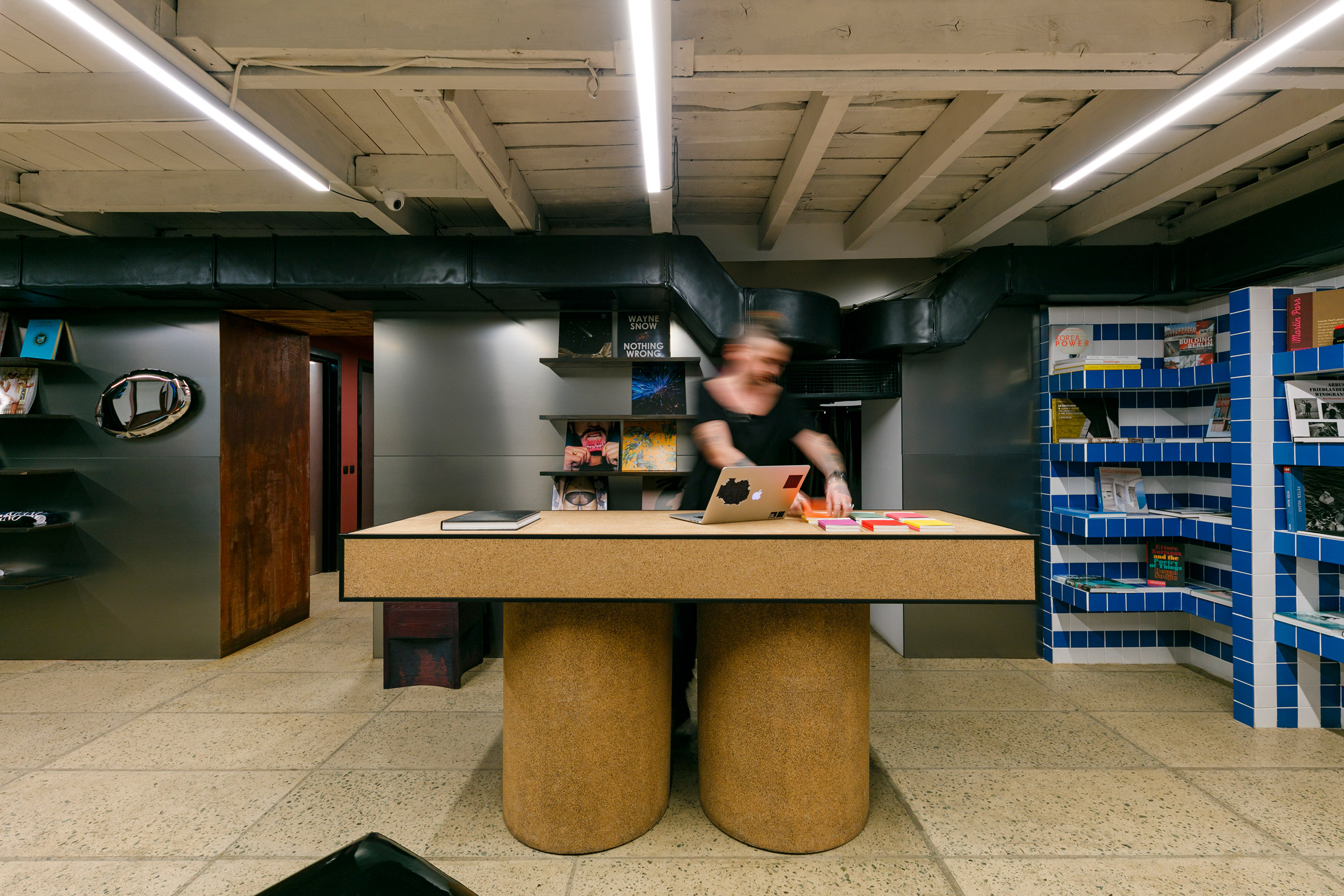 The 150-square-metre store is located west of central Tbilisi inside a 1930s building, overlooking an adjacent street through tall windows that extend up over two floors.

Materials in various shades of brown have been applied throughout the store to reflect the ageing process – and eventual darkening – of coffee beans.

On the ground level, yellowed terrazzo tiles clad the floors. Rusted metal lines all of the doorways, contrasting against the store’s silver metal walls. 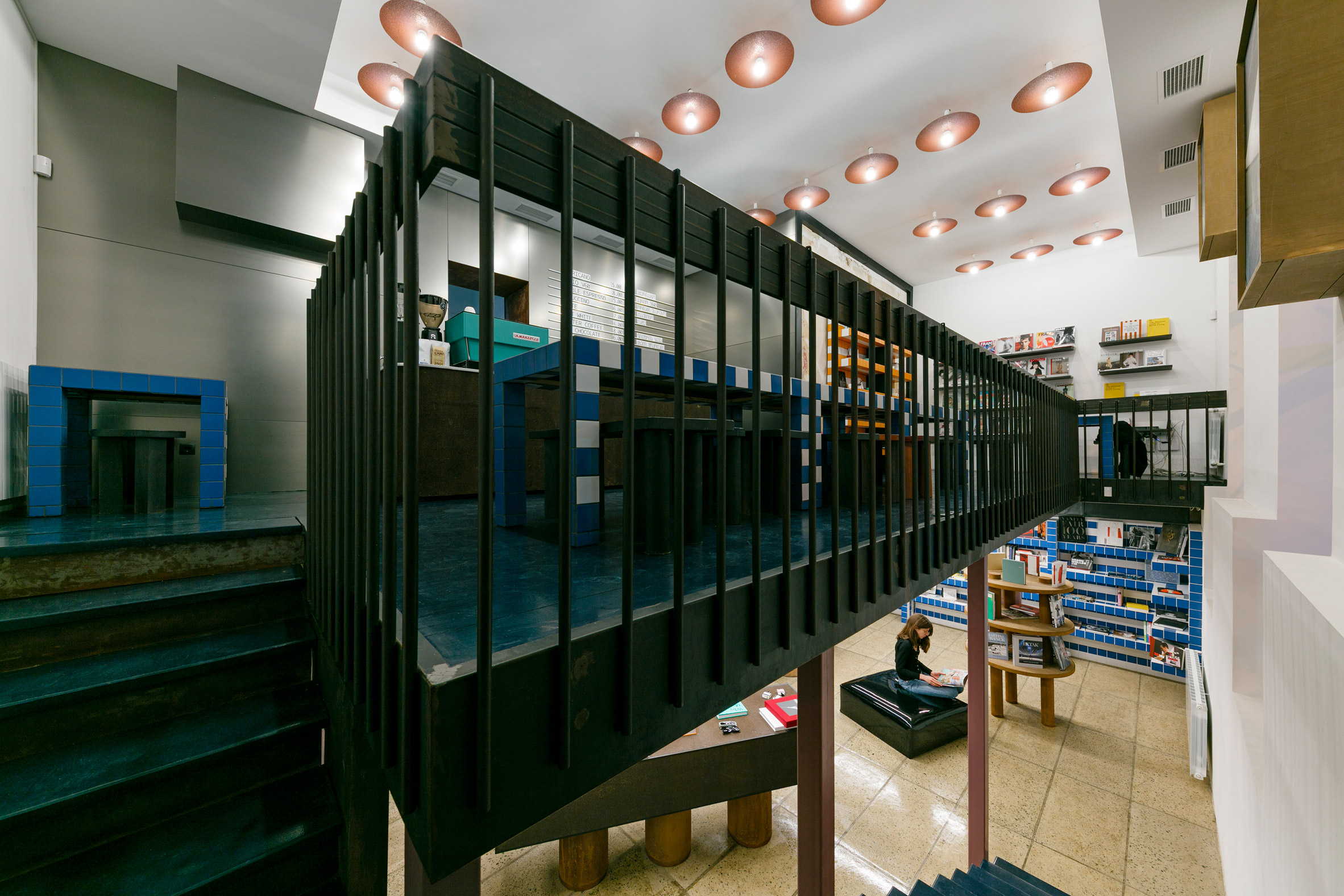 Cork has been used to create display tables supported by chunky, cylindrical legs. These are dotted intermittently across the shop floor as part of an open-plan layout, encouraging local creatives to gather, network, and discuss personal their work.

“The space visually loses its rectangular shape and transforms into indefinite and complex surroundings,” said Lomitashvili.

Textural interest is added by shiny, bubble-like sculptures that are mounted on the wall. 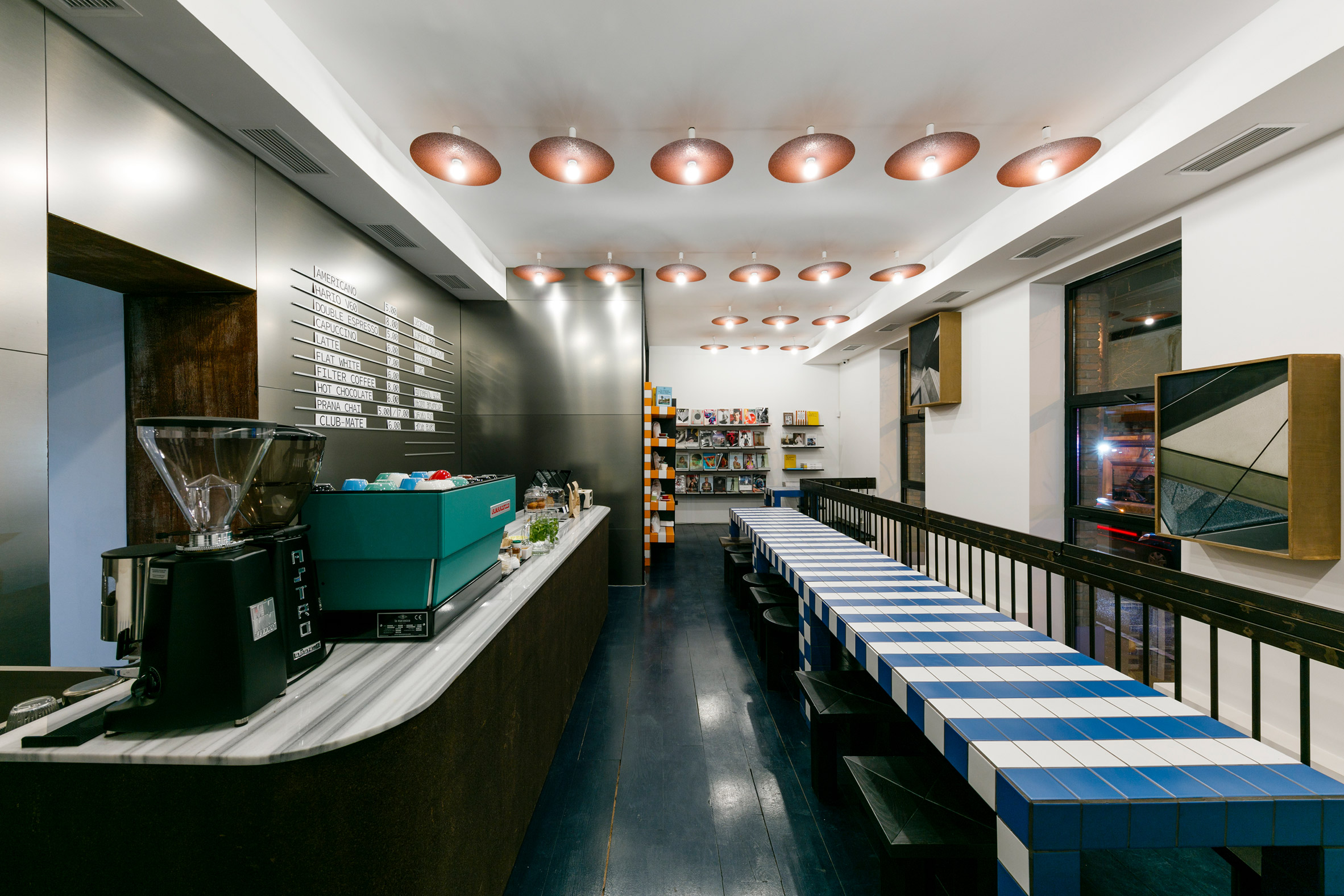 Upstairs plays host to the coffee bar, which is anchored by a curved service counter. Blue and white tiles have been used here to create a long striped table, where visitors can sit and work.

Orange tiles have been used in a similar effect to create a shelving unit that sits up against a worn plaster wall, openly displaying teacups and packets of coffee beans that are available to purchase.

Lighting is provided at this level by copper disk lamps which line the ceiling. 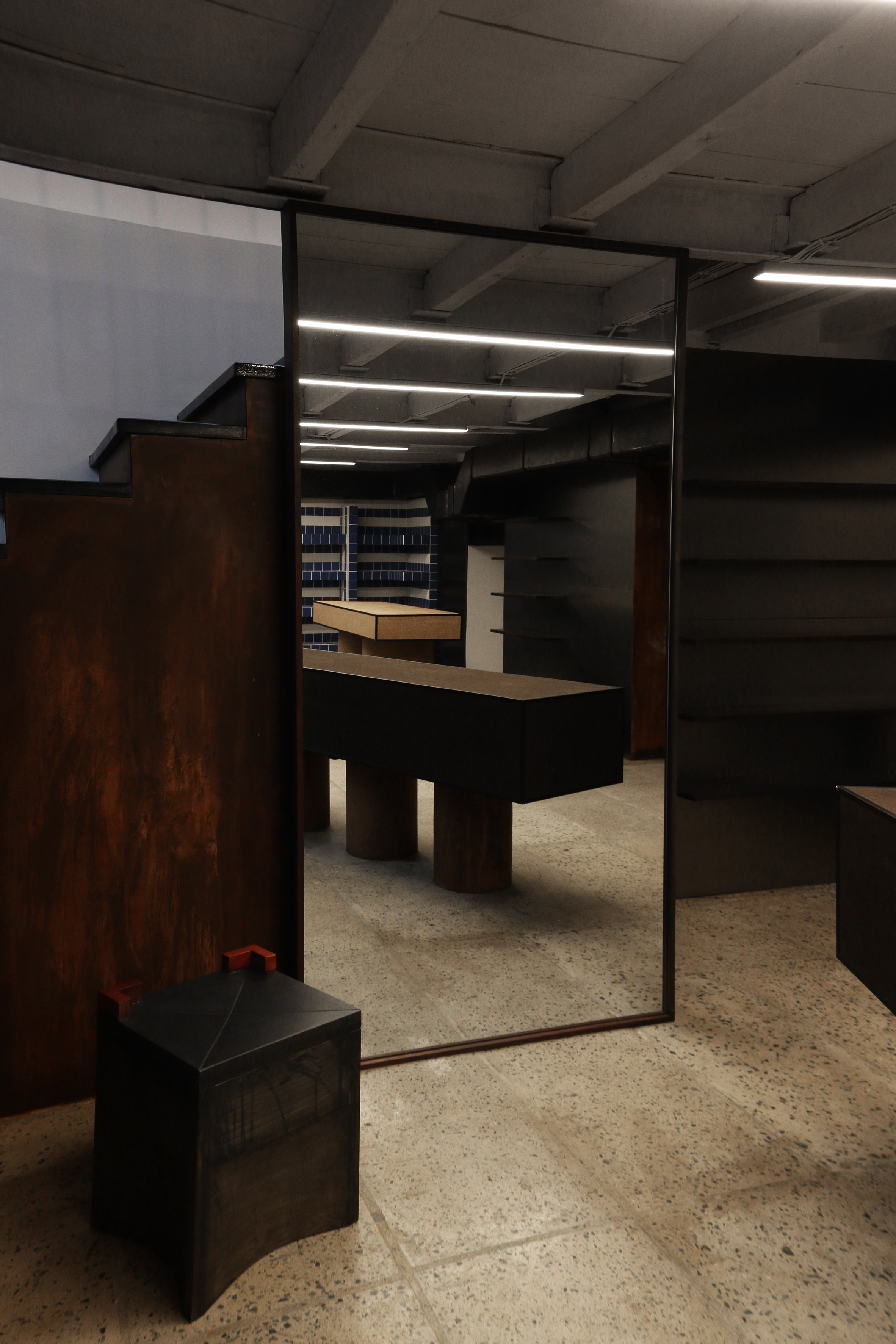 Despite a fractious political history, Tbilisi is said to be experiencing a “hopeful moment”. Last year it hosted its inaugural architecture biennale, where architects were given the platform to debate future changes being made to the city’s urban landscape.

Several projects are also underway in the city. May 2018 saw the opening of the Stamba Hotel, which occupies a former Soviet printing press.