The old agricultural buildings of Quebec informed this modern farmhouse near Montreal, which features walls of reclaimed wood, steeply pitched roofs and a secluded inner courtyard.

Called Townships Farmhouse, the property was designed by Toronto firm LAMAS for a working farm in the town of North Hatley, about an hour-and-a-half’s drive east of Montreal and close to the border with Vermont. 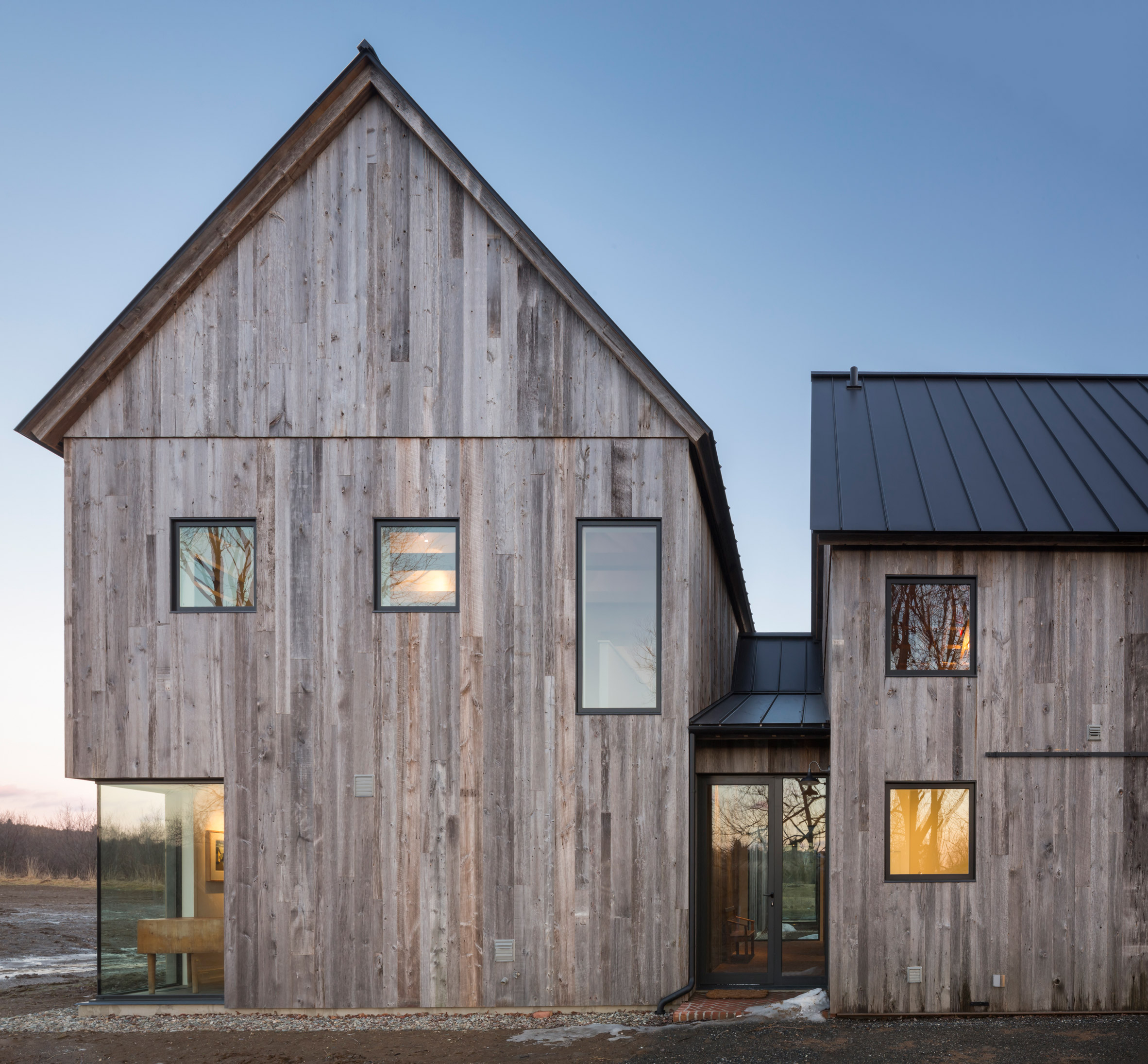 It provides a home for an artist and a farmer with long ties to the area. Their brief was for a building that reflected their interest in land conservation and the preservation of agricultural buildings.

Situated within a landscape of rolling farmland encompassing lakes and small mountains, the building draws on the varied architectural heritage of early American colonies and barns commonly found in Quebec’s eastern townships. 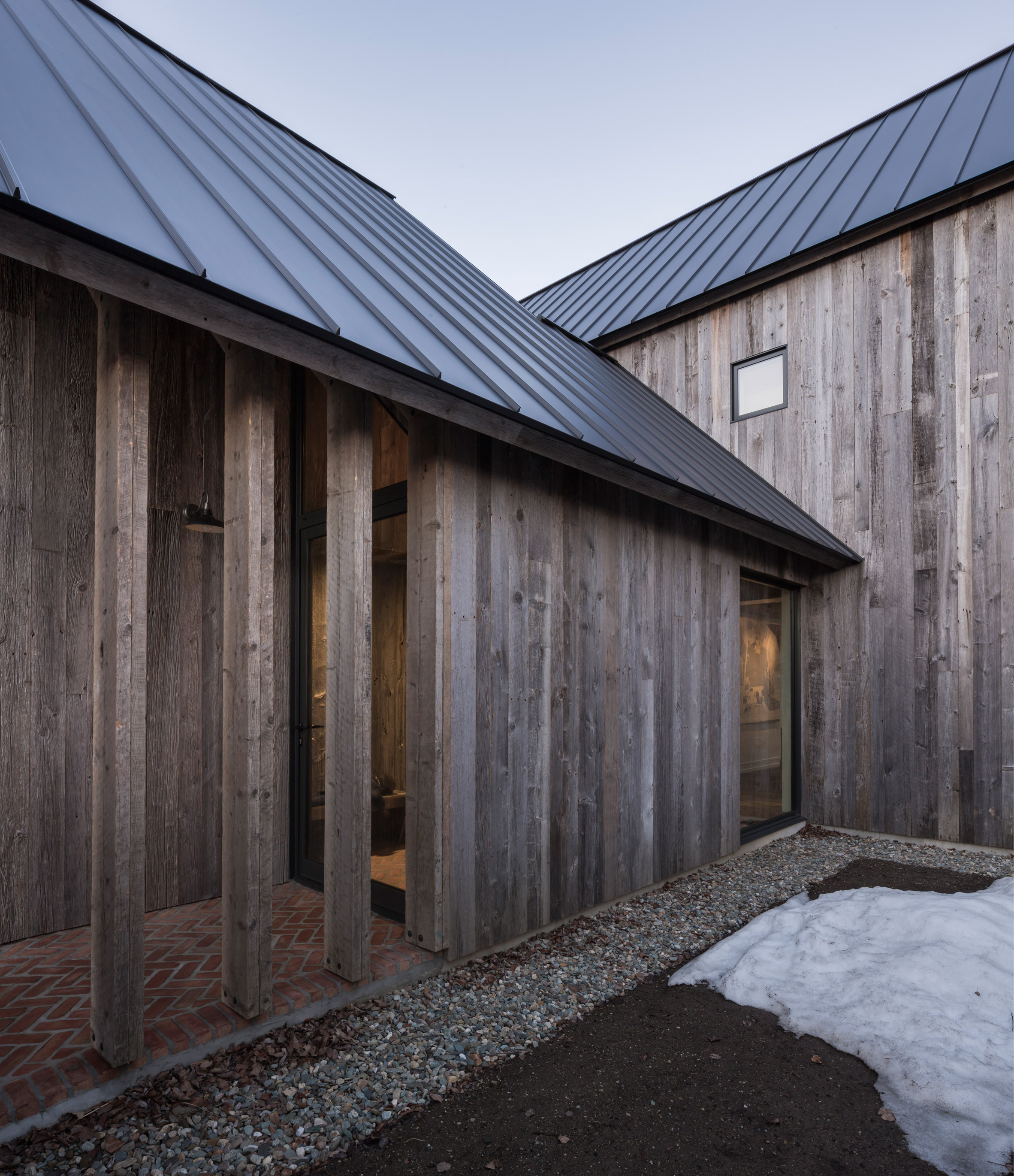 It references its context through the arrangement of the plan and the use of materials, such as hemlock cladding salvaged from dilapidated barns in Ontario.

“Although it is obviously geared towards domestic habitation, the design of the house was always meant as an evolution of farm buildings and the unique ways that they structure space,” said LAMAS principle Vivian Lee. 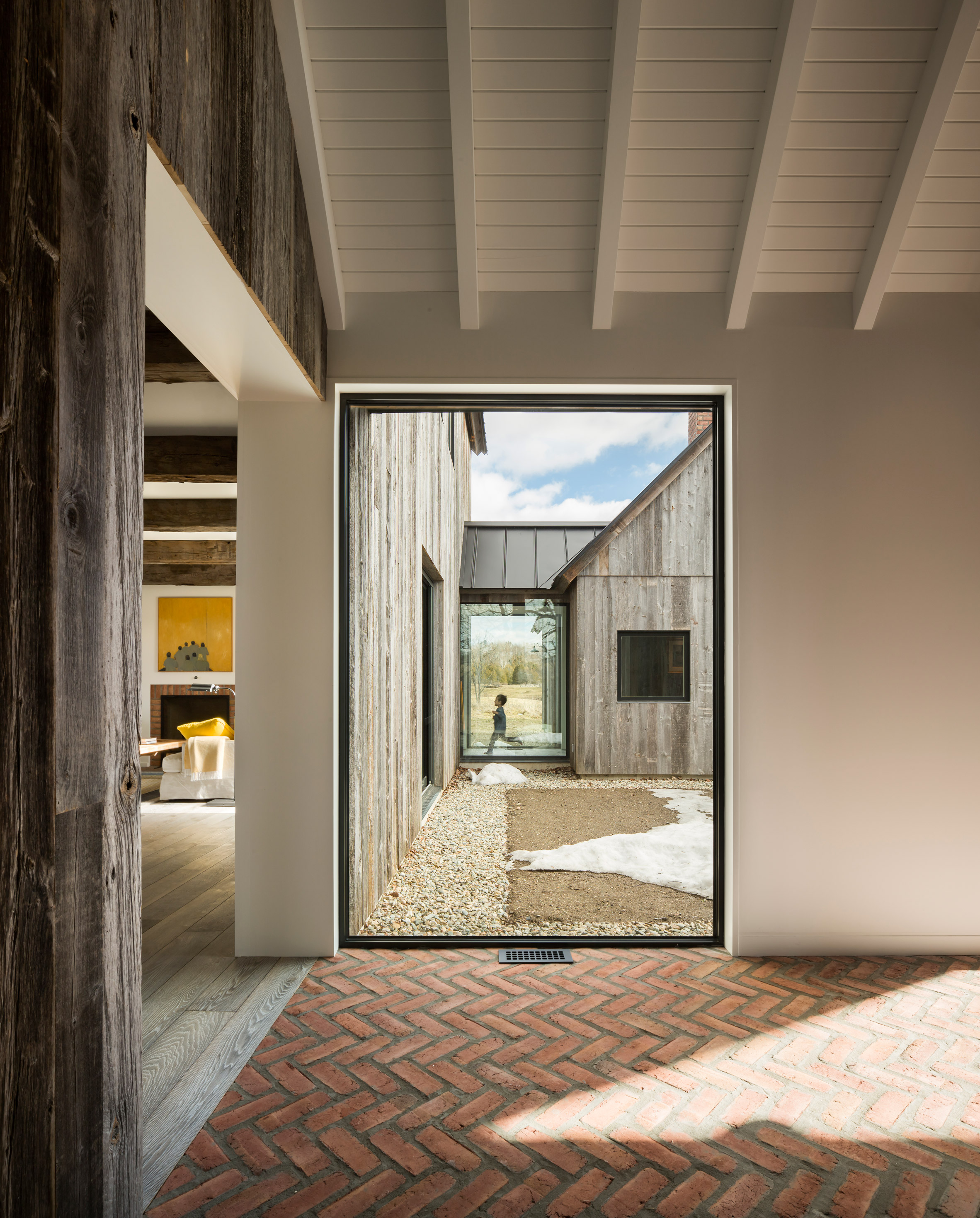 The building’s layout references both the U-shaped Ontario barns built after 1850 and traditional Quebec barns featuring aisles and haylofts positioned perpendicular to the main roof line.

The idea of an aisle that typically forms a thoroughfare for materials or livestock is reinterpreted in the form of an axis that connects two main wings flanking a courtyard. 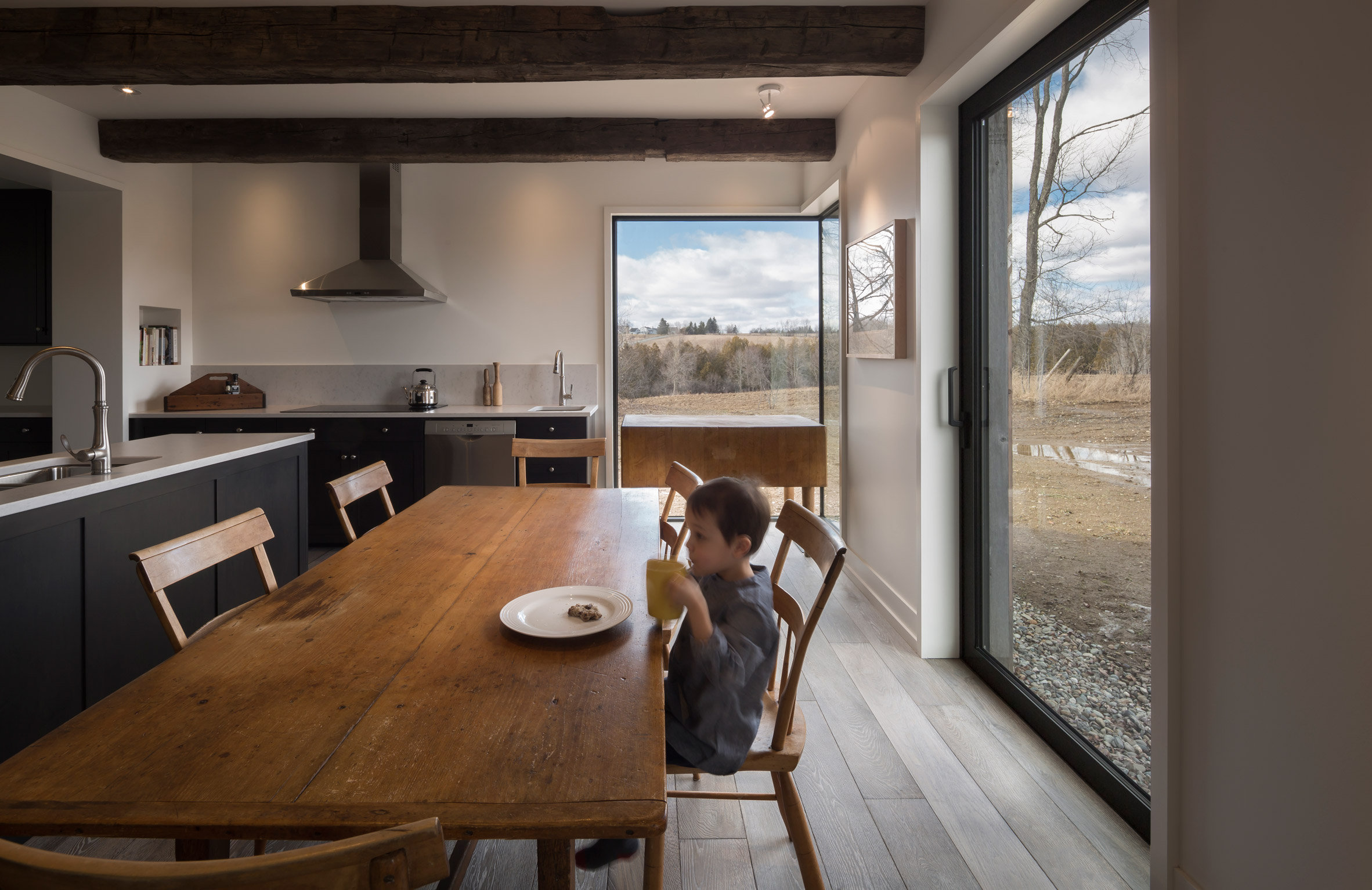 The courtyard is sheltered from the winter wind and incorporates a sliding door that can be opened to connect the living area to the outdoors and the views towards Lake Massawippi in the summer.

“One half of our client is a painter and a great collector of art so we were very sensitive to the views,” added Lee’s partner at LAMAS, James Macgillivray.

“On one side is their own field of oats, another has rolling hills and a horse farm. Before the house was put together, we had these views in our minds and then the arrangement of the three buildings took place around those views.” 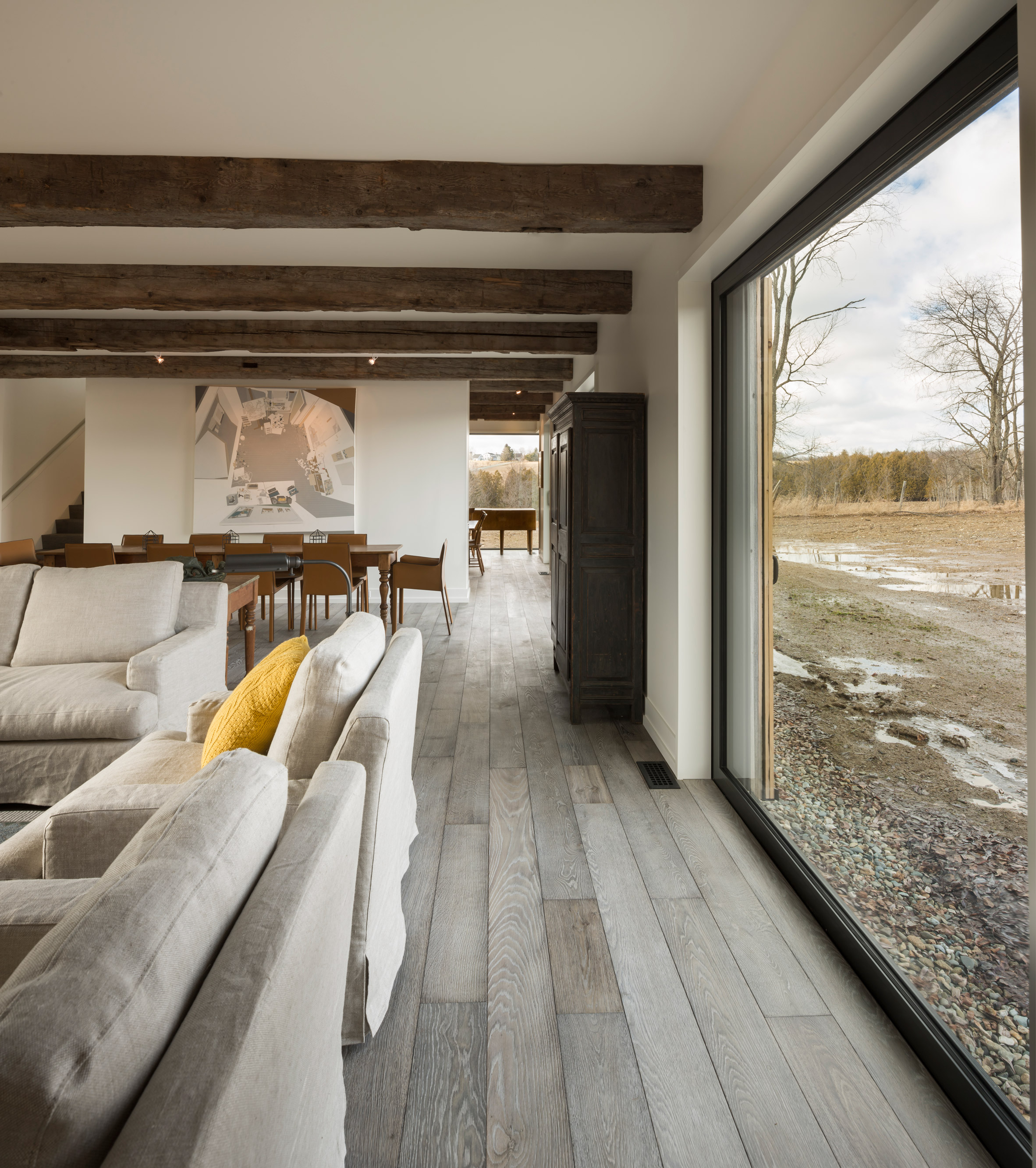 Large glazed surfaces provide uninterrupted views through the building’s entrances, across circulation areas and out towards the neighbouring fields.

The living areas on the ground floor, which include an open-plan lounge, kitchen and dining space, are also lined with large windows framing views of the surrounding countryside. 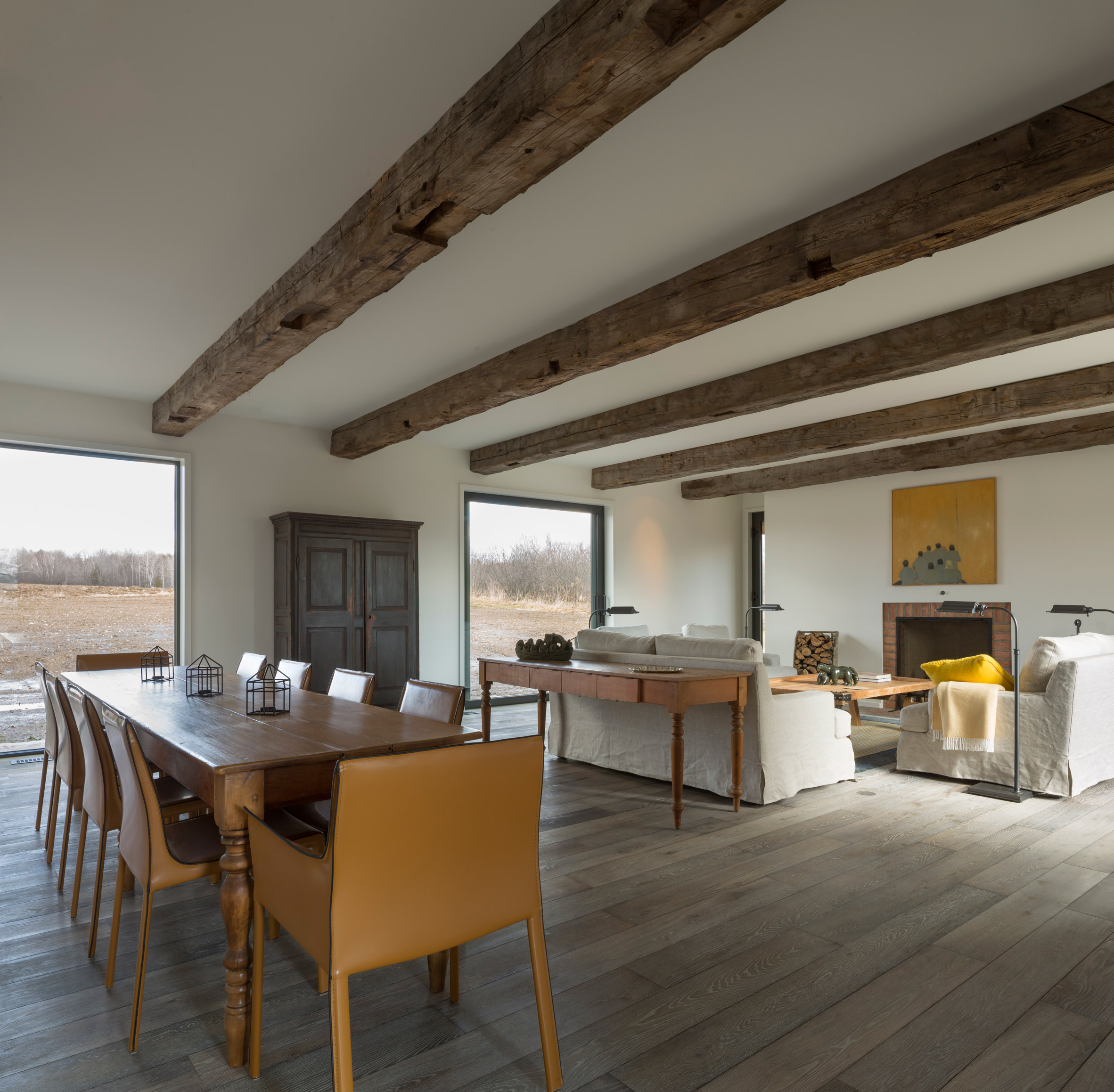 In response to the property’s setting on a working farm, barn doors made from the same timber as the cladding are incorporated into the facades. These can be slid across to protect the glazed surfaces when ploughing, sowing and harvesting is underway. 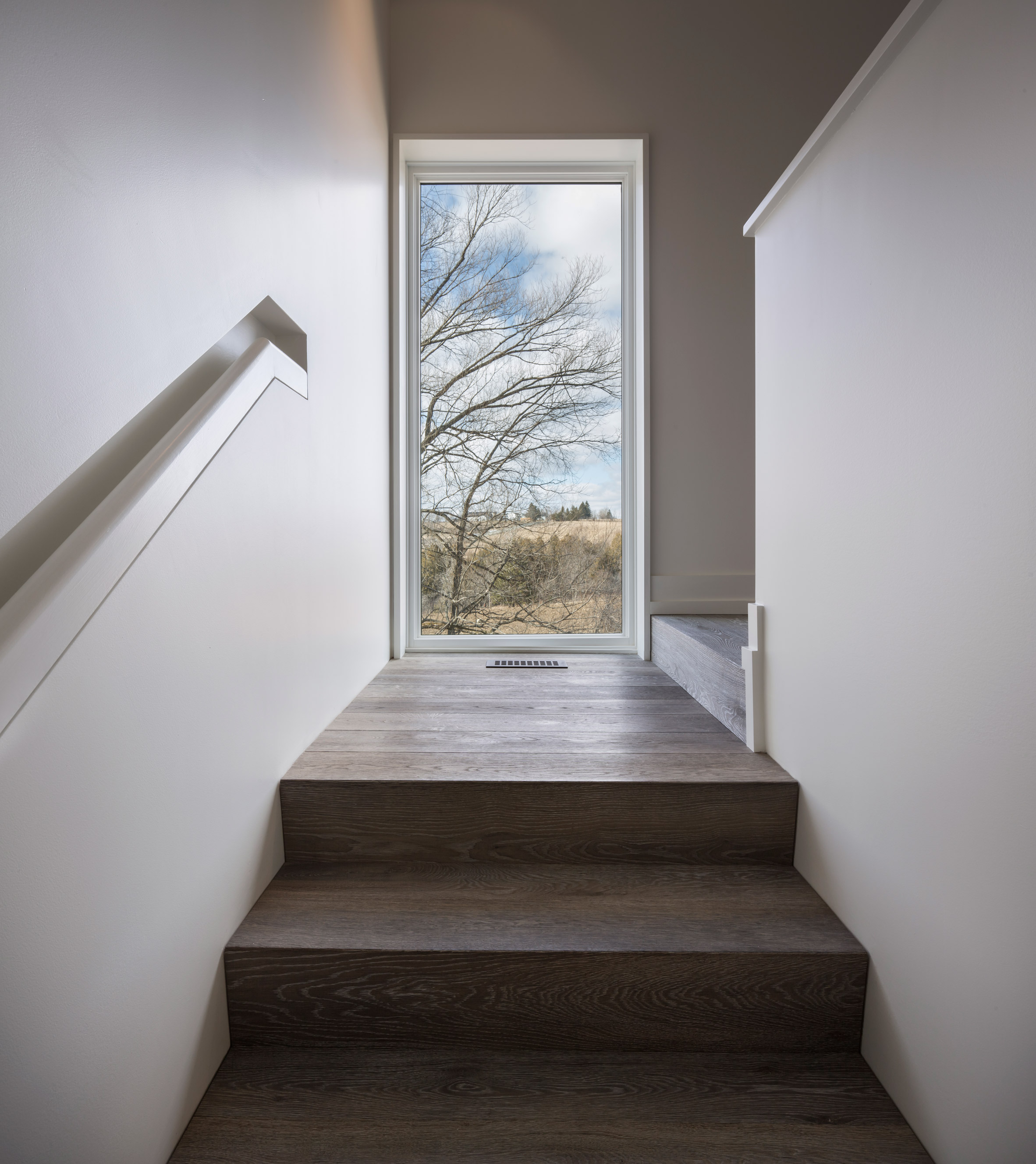 Simple windows with minimal frames punctuate the building’s facades, capturing views of the intersections of interior spaces as well as looking through the building or out towards the landscape.

A glazed link connects the living space on the ground floor with a master suite accommodated in a separate single-storey volume. 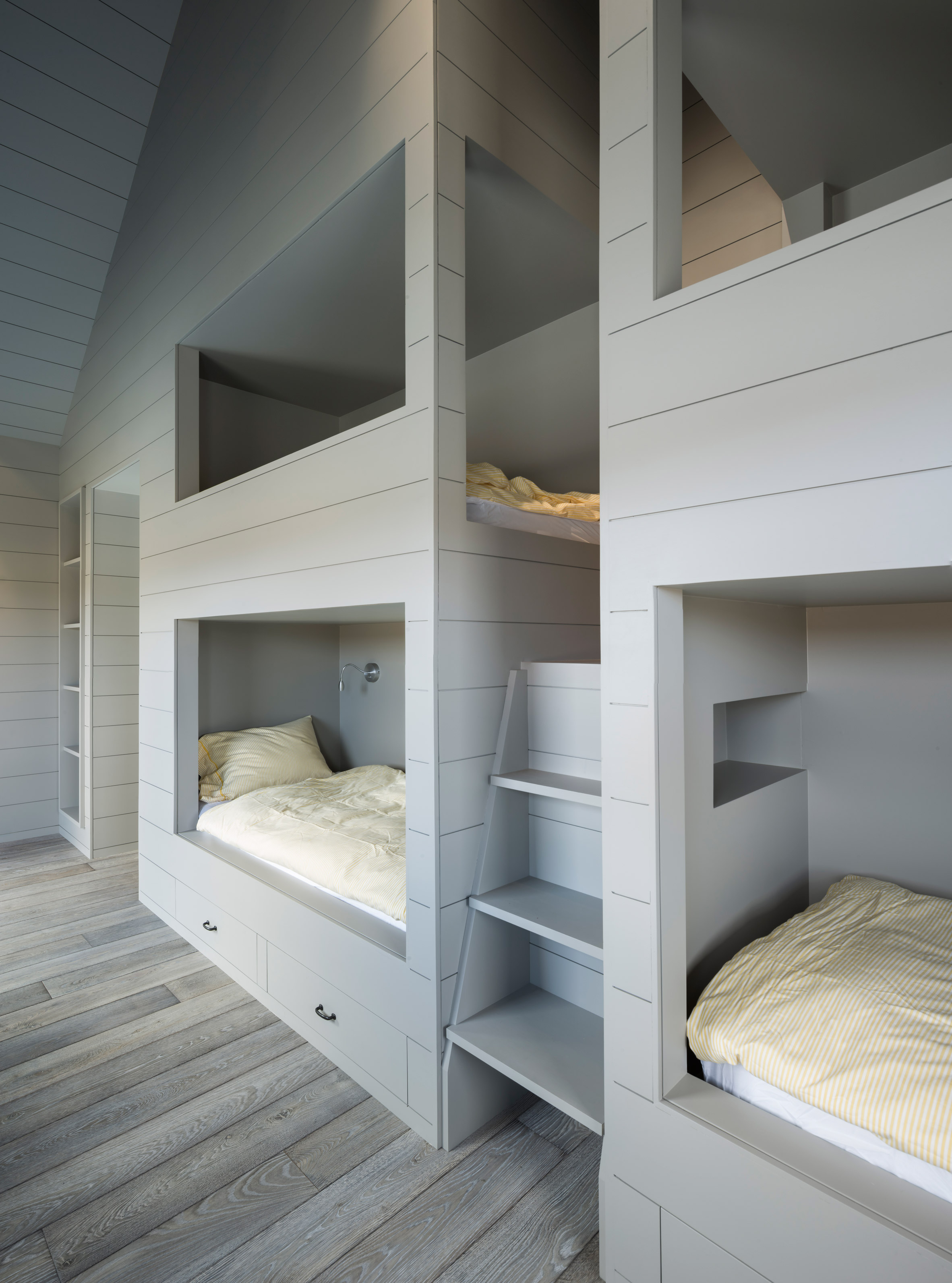 Stairs close to the entrances ascend to a first floor containing another lounge, a games room and further bedrooms including one with built-in bunk beds slotted beneath the pitched ceiling. 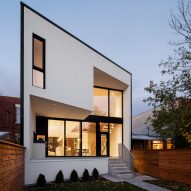 Photography is by Stéphane Groleau and Laetitia Boudaud.