This faceted extension added to a holiday residence in Spain’s Alicante region features plywood-lined interiors and a picture window angled to frame a view of a nearby watchtower. 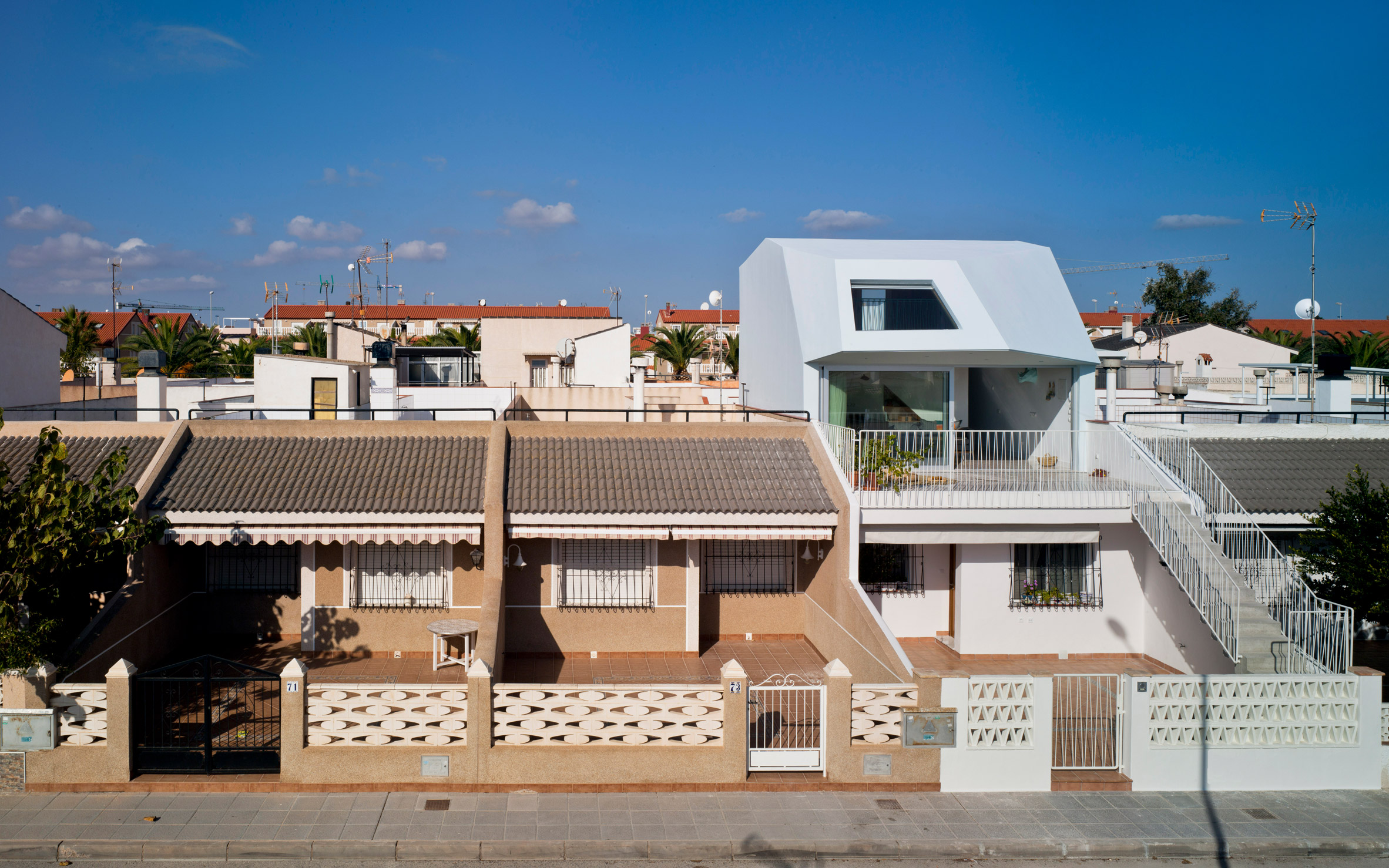 The owners of the property in the town of Torre de la Horadada commissioned architect Laura Ortín’s Murcia-based studio to design a two-storey extension for use by their sons and grandchildren.

The former fishing port on the Mediterranean coast is now a popular tourist destination and has undergone extensive modernisation in recent decades to cope with the increasing number of seasonal visitors. 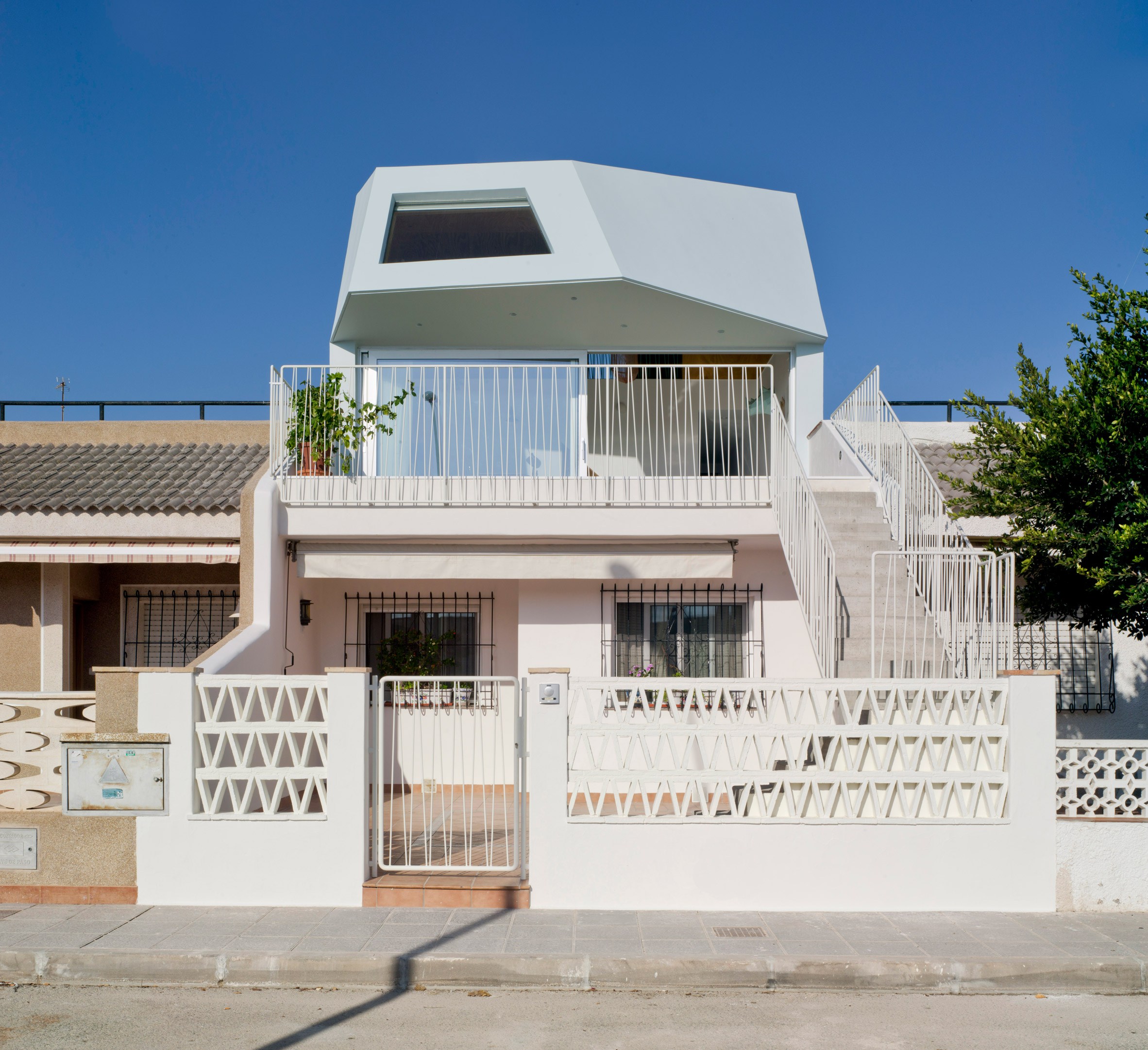 As a consequence of the town’s expansion, much of its traditional architecture has been lost and replaced with nondescript terraces like the one in which The Beach House is situated.

Each property in the row has a flat roof terrace that owners are entitled to build on, with local planning guidelines only restricting the height, occupancy and boundaries of the houses. 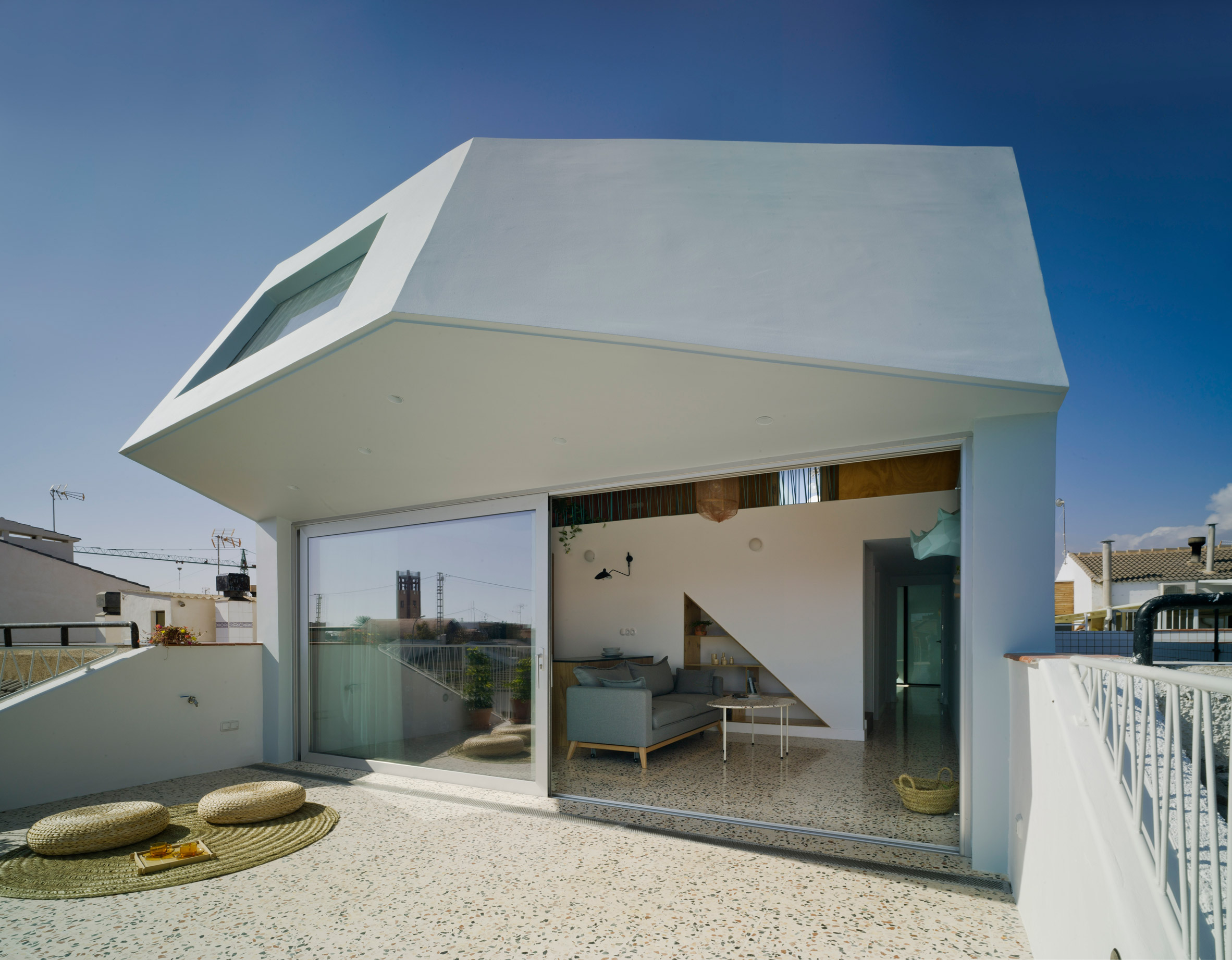 Many of the extensions are based on the appearance of the ground-floor facades, which have also evolved over time. The result is an eclectic and unstructured mishmash of architectural styles.

Laura Ortín Arquitectura decided to take advantage of the lack of planning control to develop an aesthetically bold yet practical addition to the existing property. 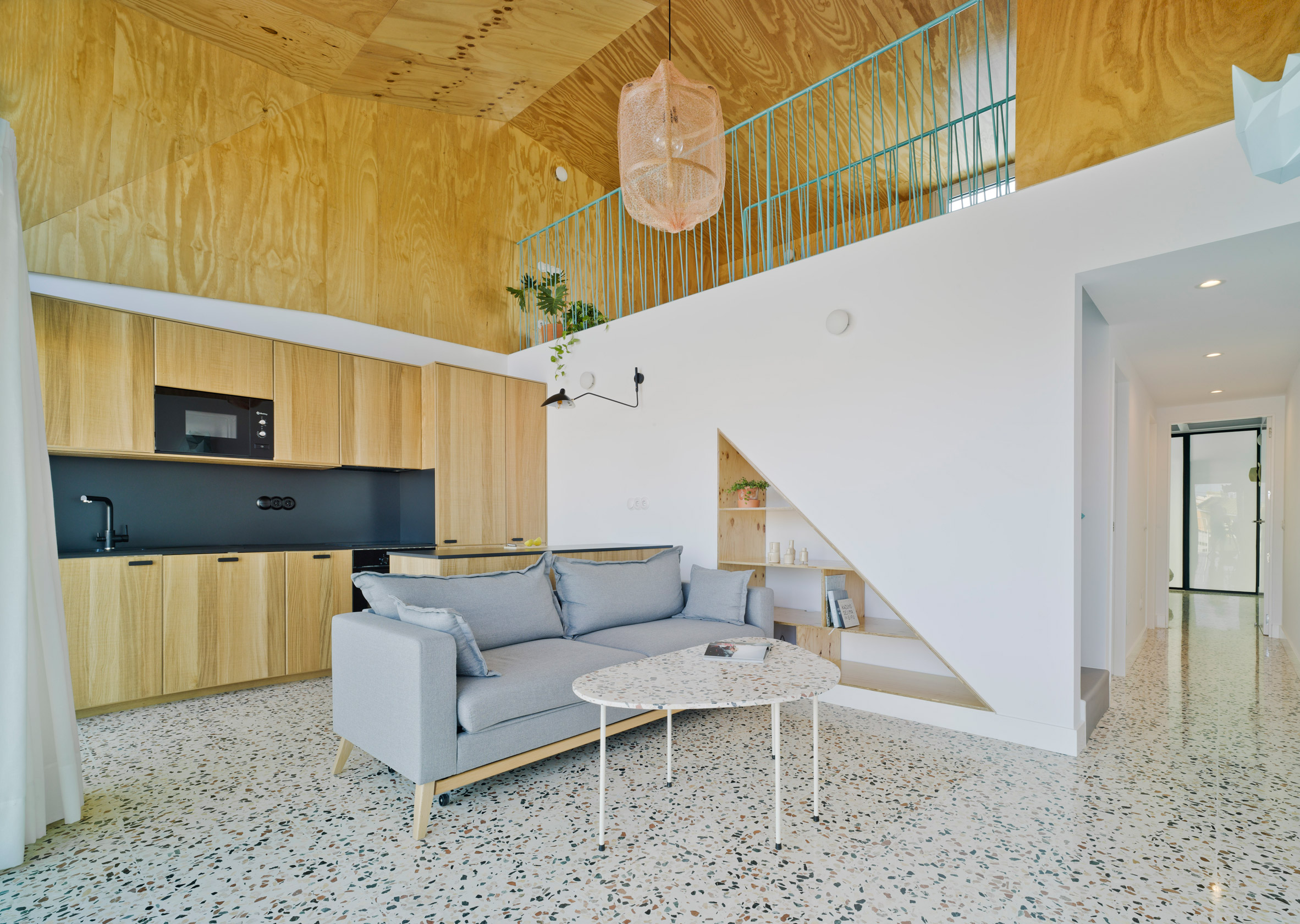 “The proposal suggests a new code, a sort of aesthetic and functional disobedience which, in this specific context, is aligned with a provocative vision of a necessary breach,” said the architect.

“A volatile architecture is suggested,” Ortín added, “one which is integrated in the celestial scenery, which is fused with the light-blue sky. An easy and simple extension, so that its execution is agile and its interpretation immediate.” 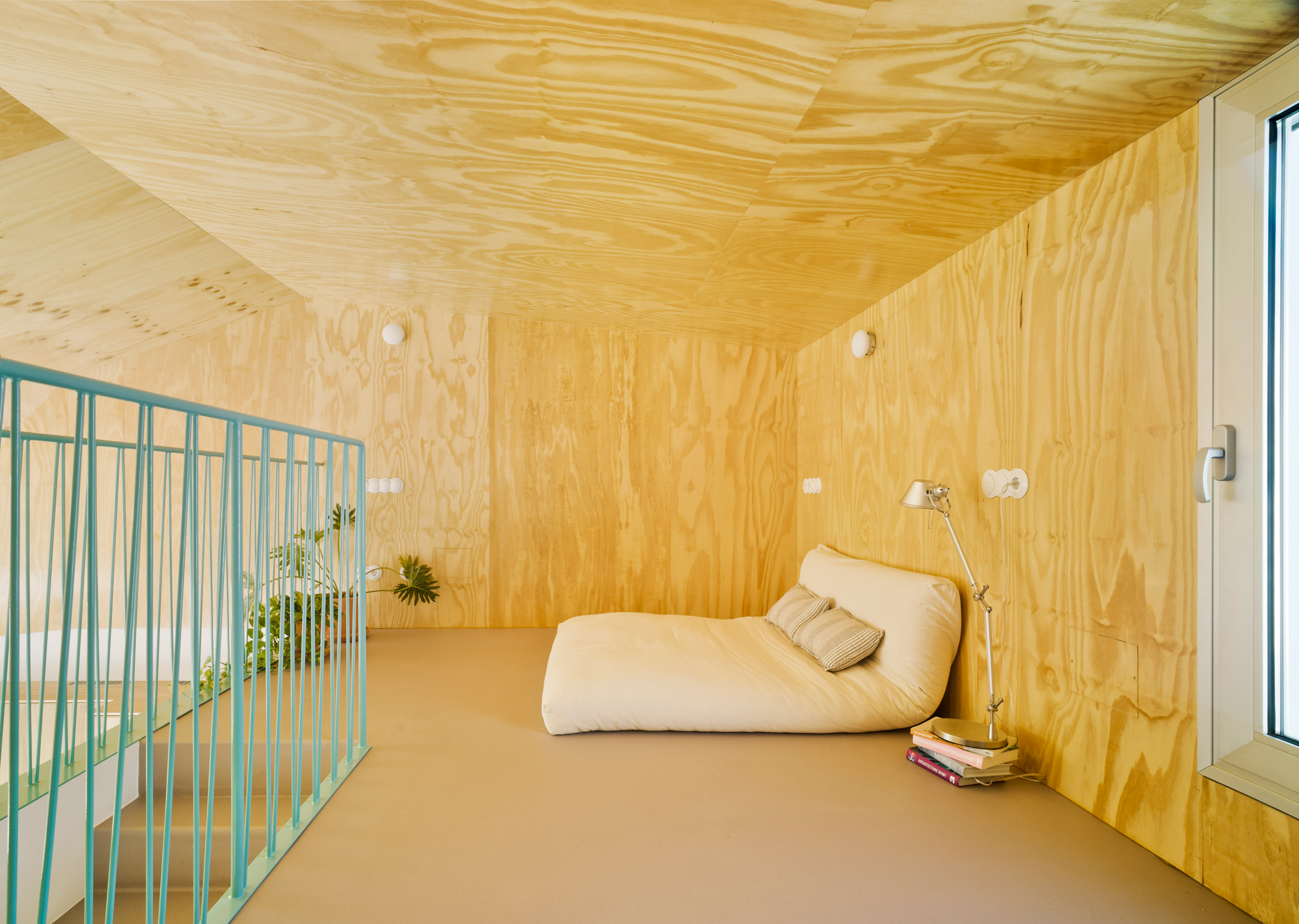 The extension is supported by the load-bearing walls of the lower level and features a metal framework clad in thermally insulated panels. The exterior is finished in a hue influenced by wind turbines that is intended to help it merge with the sky. 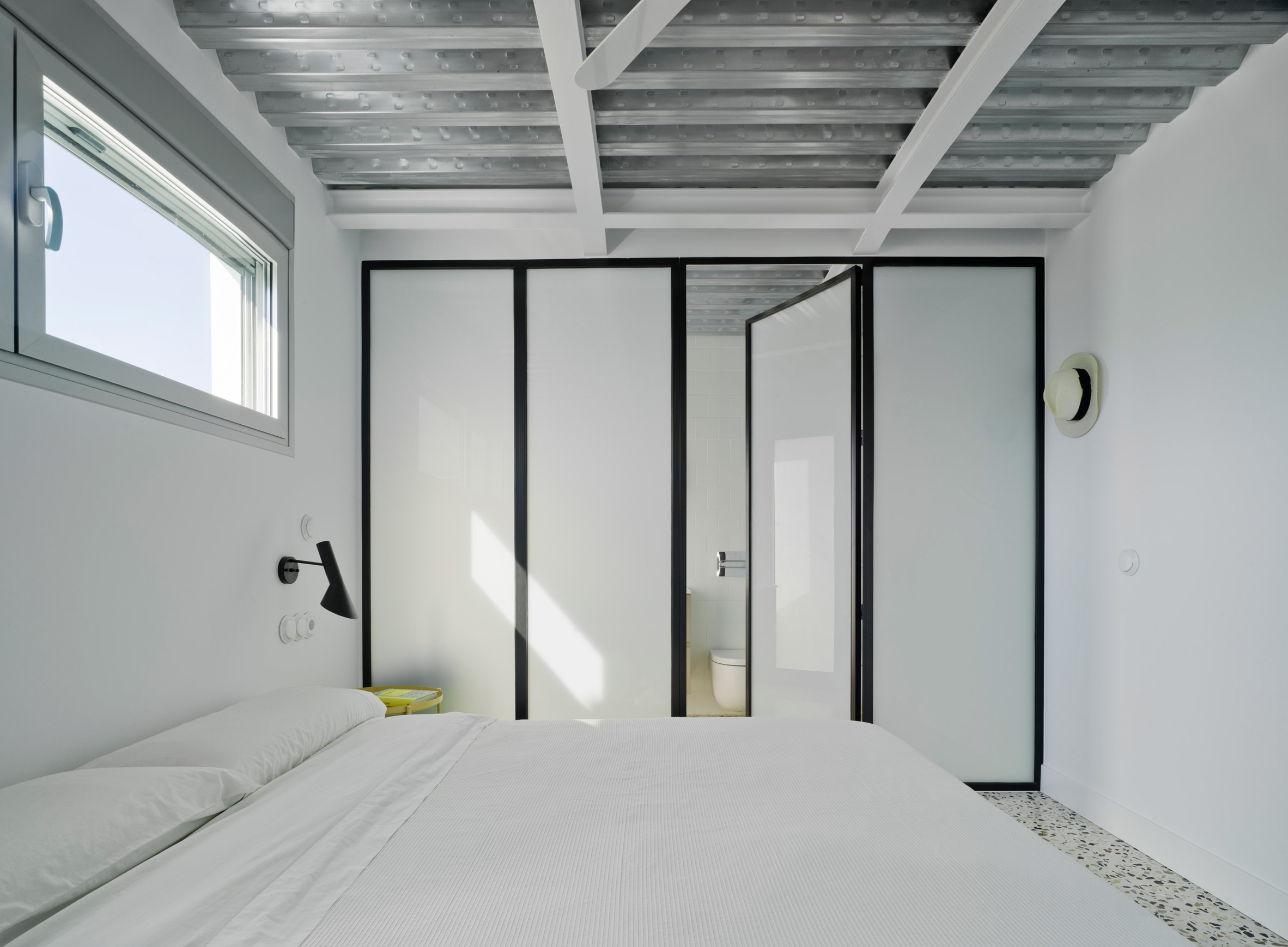 The split-level residence is reached by a dedicated staircase to one side of the existing front yard and features an angular upper storey that is twisted so it faces towards the town’s 16th-century watchtower.

The lower level contains a lounge and kitchen at the front that opens onto its own terrace. A staircase next to this space ascends to a mezzanine that provides an additional communal space with access to the rear roof terrace.

Beyond the staircase is a twin room with built-in storage, a bathroom, and a master bedroom with an en suite concealed behind opaque glass doors. 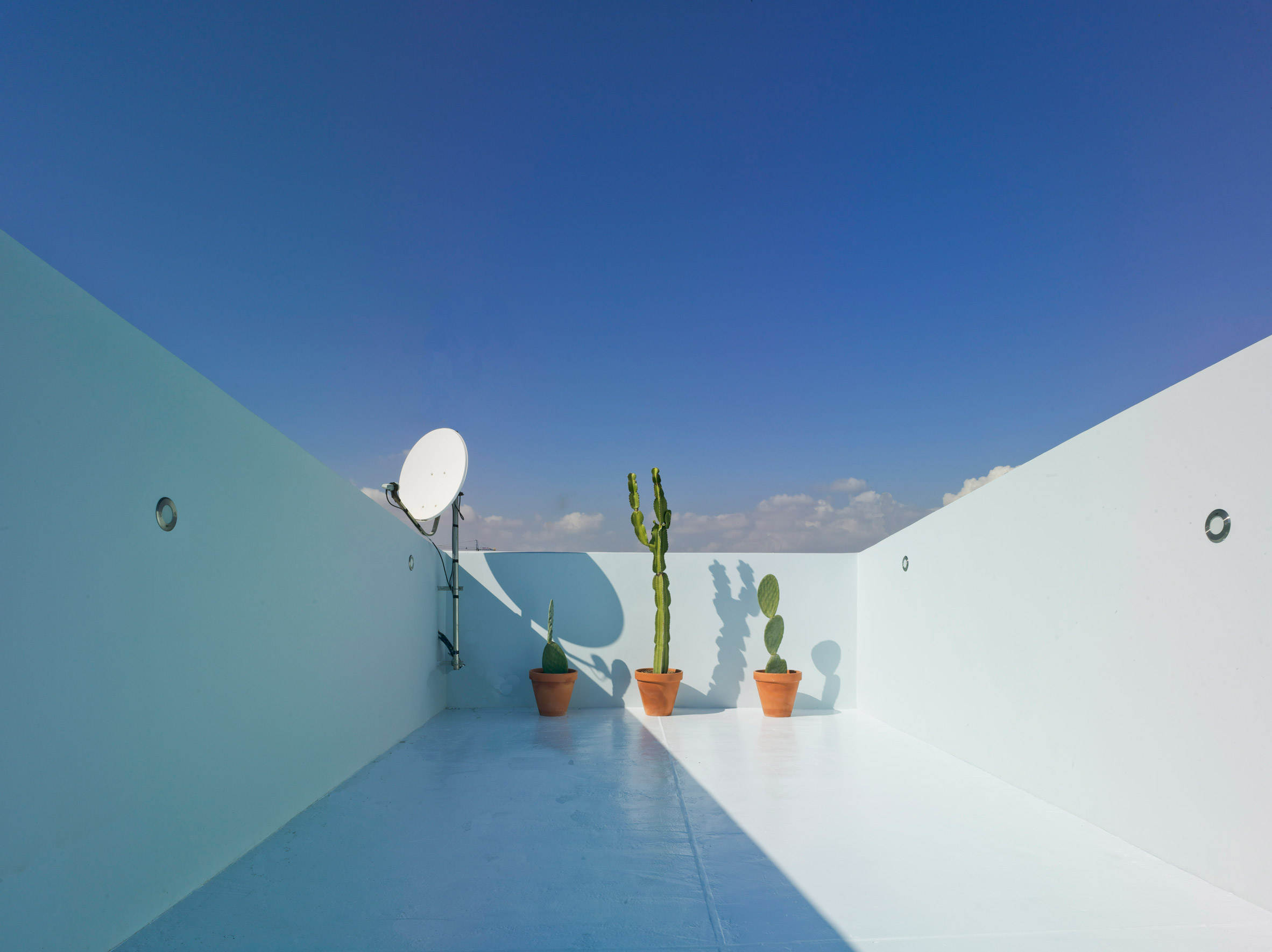 Terrazzo tiles used to create a consistent flooring surface throughout the main level extend onto the front terrace, which can be connected to the interior by retracting a large sliding glass panel.

The interior surfaces of the faceted volume are clad in plywood boards typically used to line the insides of shipping containers. The distinct grain of the wood adds warmth and texture to the main living spaces.

Photography is by David Frutos. 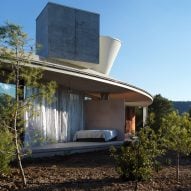