Passengers arriving at the João Luís Carrilho da Graça-designed cruise terminal in Lisbon can use a series of ramps to reach a rooftop viewing platform that offers a panorama of the Tagus river.

João Luís Carrilho da Graça won an international competition in 2010 to oversee the project for a terminal building in the Portuguese city’s Alfama district. The new structure spans a slope between the river and the São Jorge Castle. 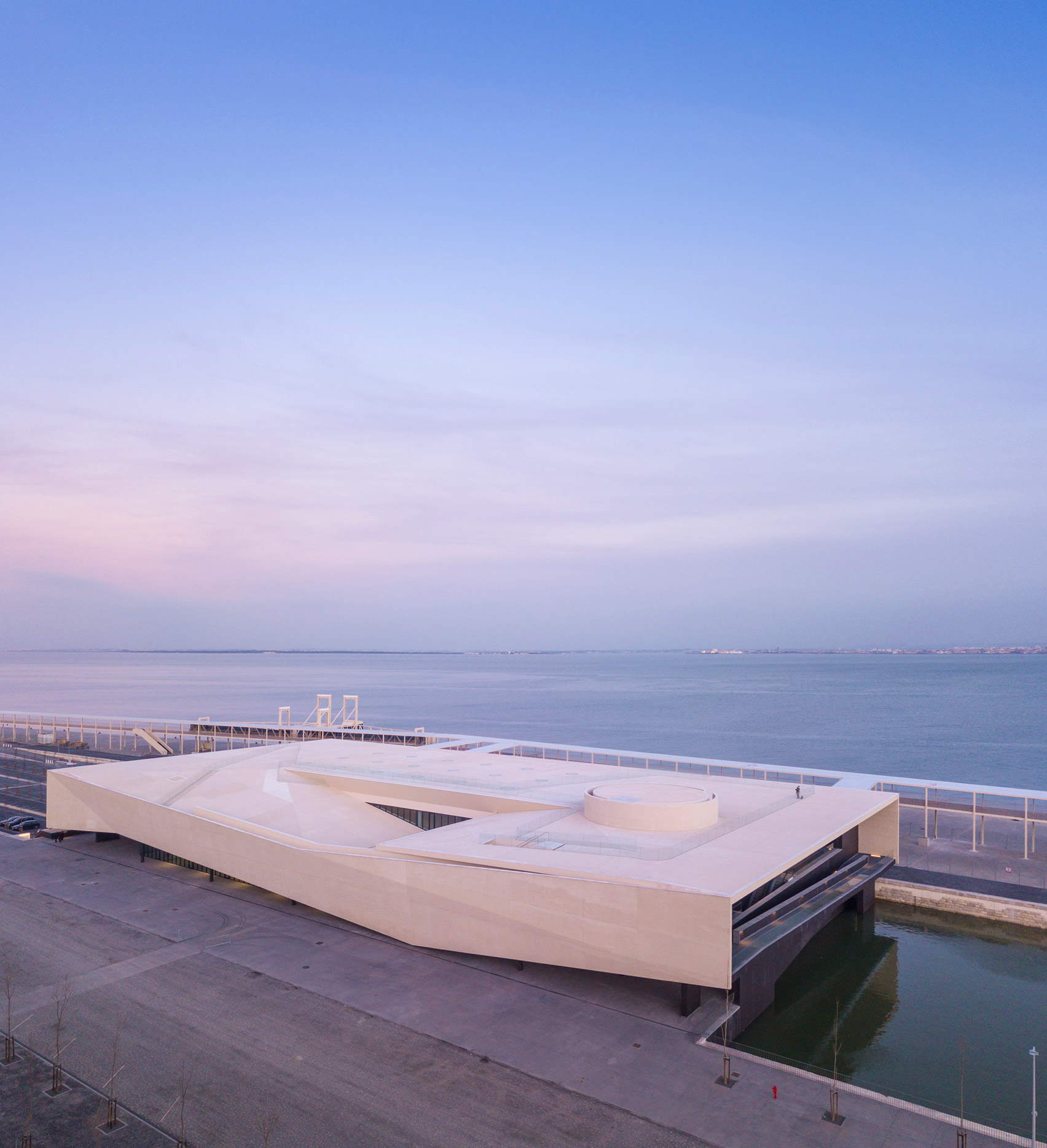 In order to create space for the terminal and its adjoining open-air car park and tidal tank, the former Jardim do Tabaco dock on the site of Lisbon’s early 20th-century port was filled in.

The main facade features a folded form that emphasises the location of the various entry and exit points. The surface is elevated above the ground to create the impression of a floating concrete shell that encloses the functional core. 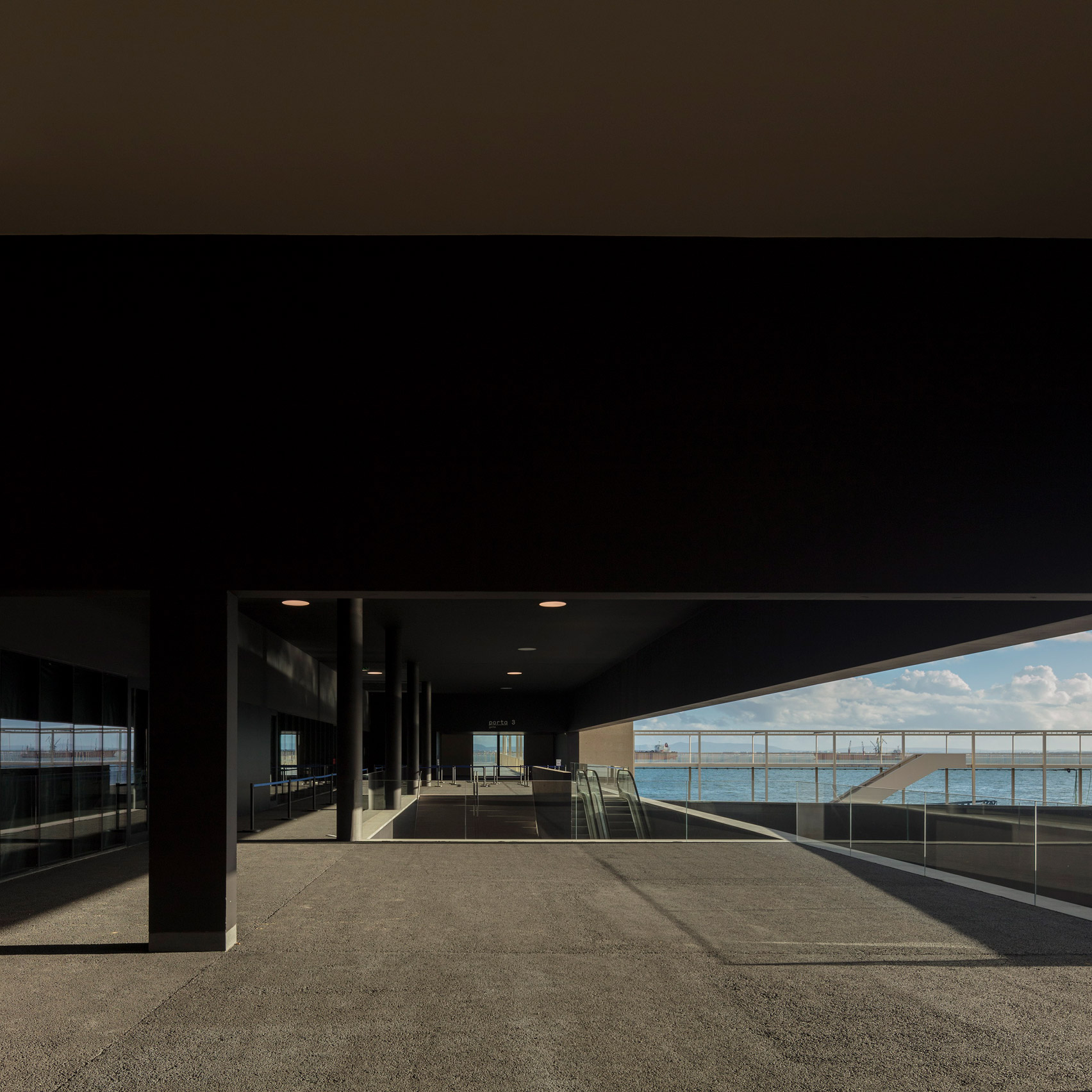 Glazed walls beneath the raised sections of the facade invite visitors into the building. From here, they can follow a series of routes leading towards a large roof terrace.

“A path/promenade surrounds the building, allowing for a slow discovery of the surroundings while passing through the different facades,” said Carrilho da Graça in a project statement. 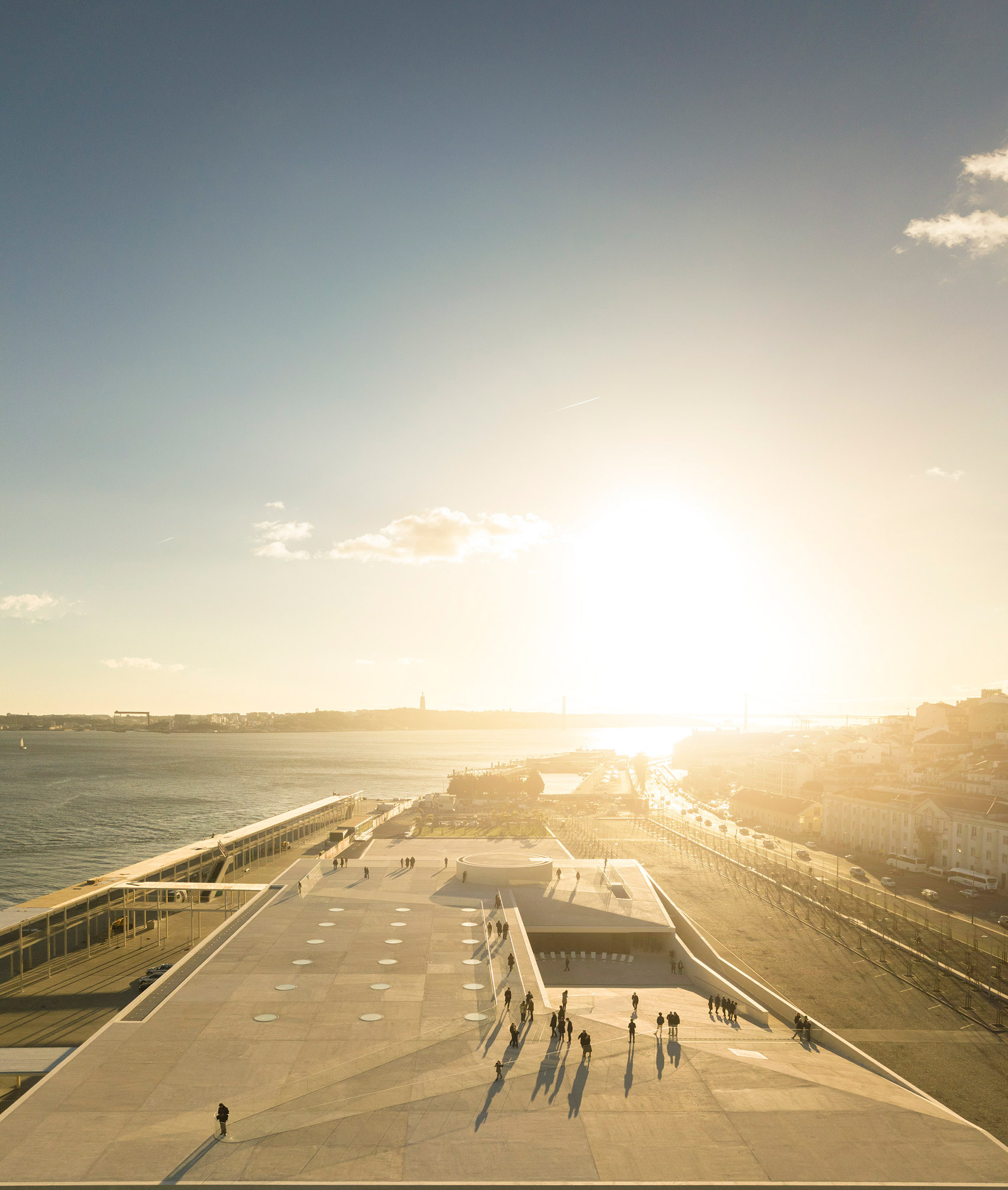 “This path culminates in the roof that assumes the features of a stage, relating with the river and the city without any obstacles, like a plaza.”

The viewing platform occupies a flat section incorporated within the folded topography of the roof and can be reached from the building’s upper storey using stairs or a ramp. 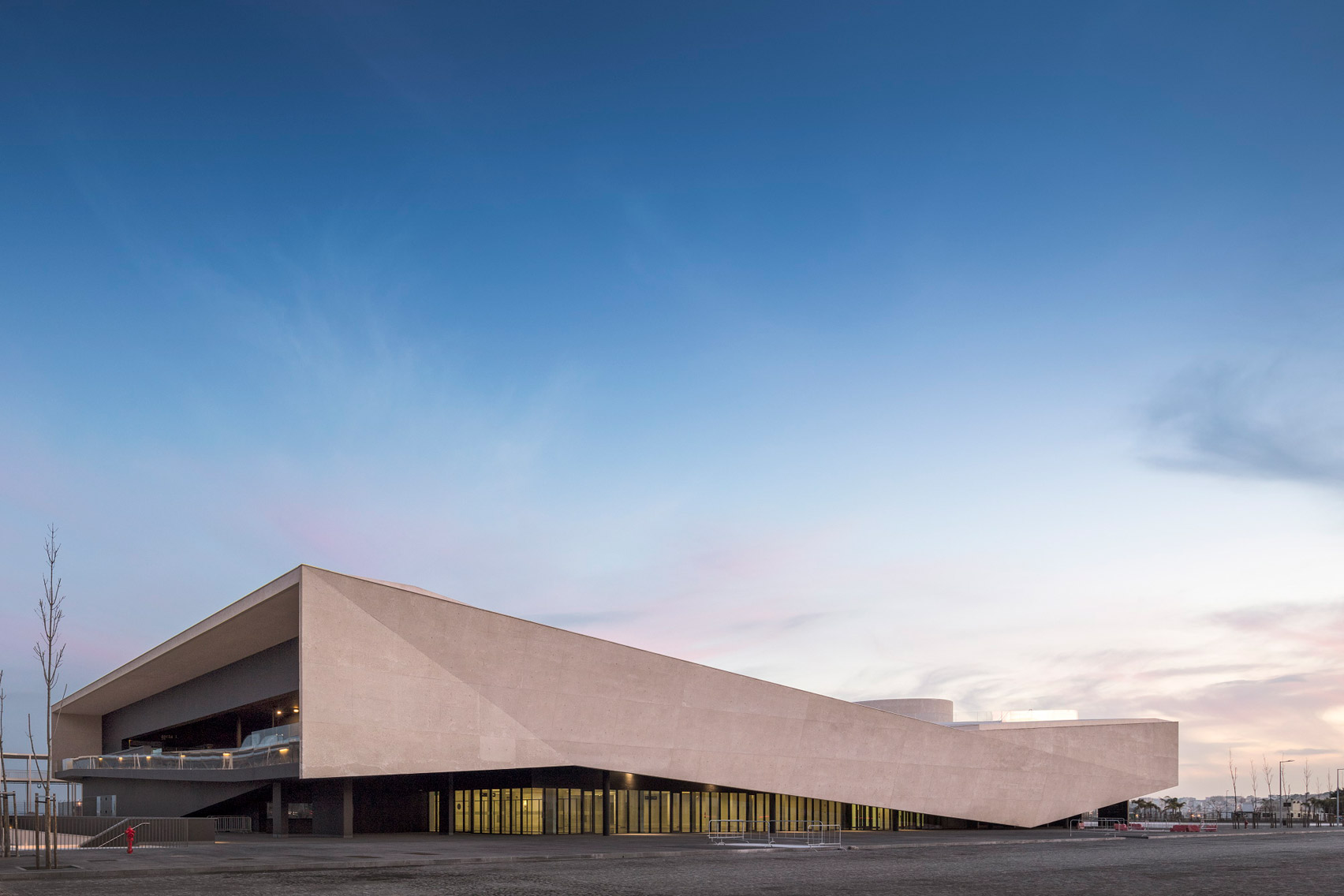 The simple terminal volume faces towards the city and is intended to function as an extension of a new park and boulevard that connects it to the surrounding public areas.

From the river side, the terminal appears as a predominantly closed and impenetrable volume, described by the architects as a “socle”, or plinth upon which the city appears to rest. 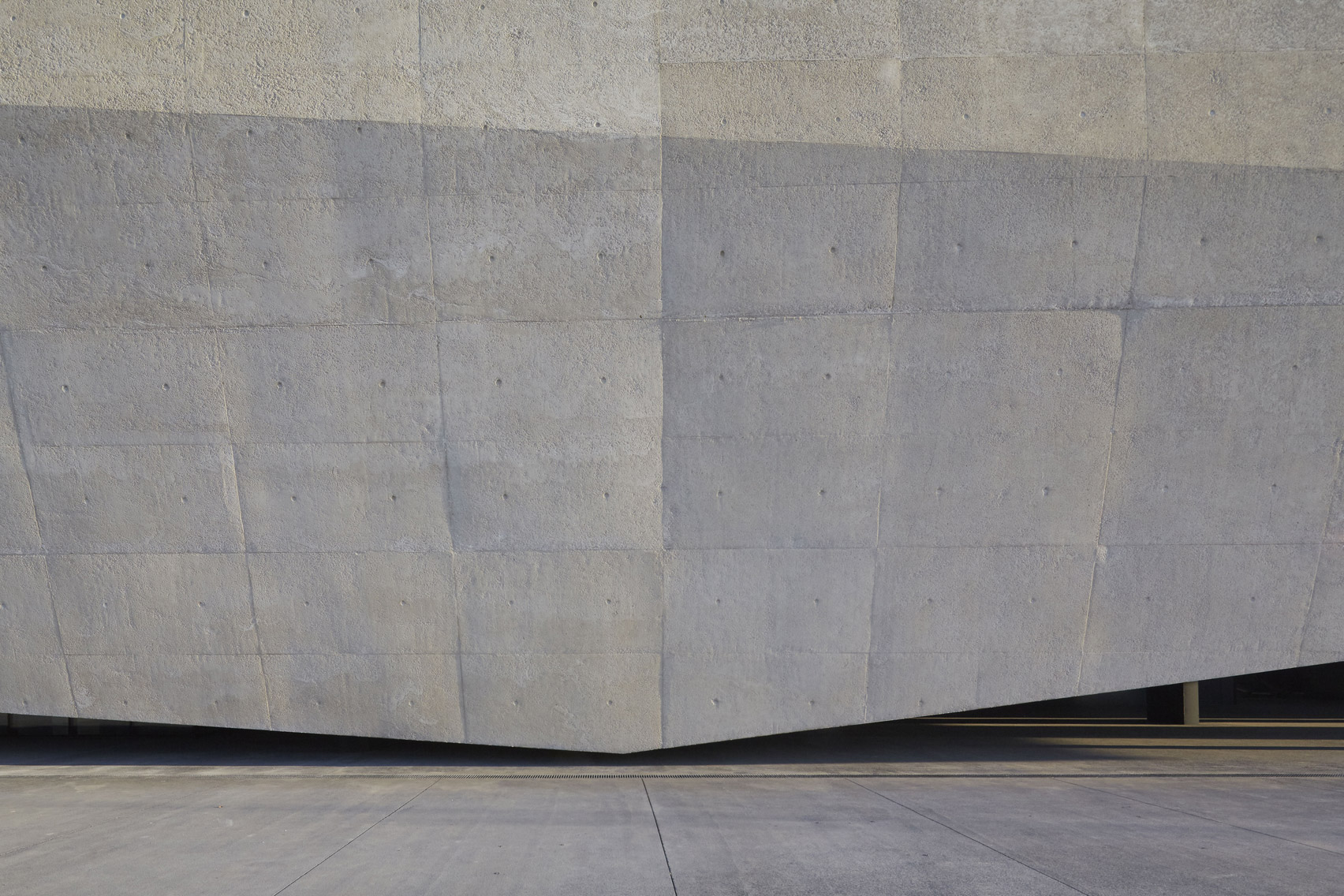 The angular shell is constructed from structural white concrete mixed with cork. The material helps to reduce the building’s overall weight, which was necessary due to the limitations of the pre-existing foundations.

The use of cork in the concrete mix also adds a subtle texture to the surfaces that is accentuated by the sunlight. 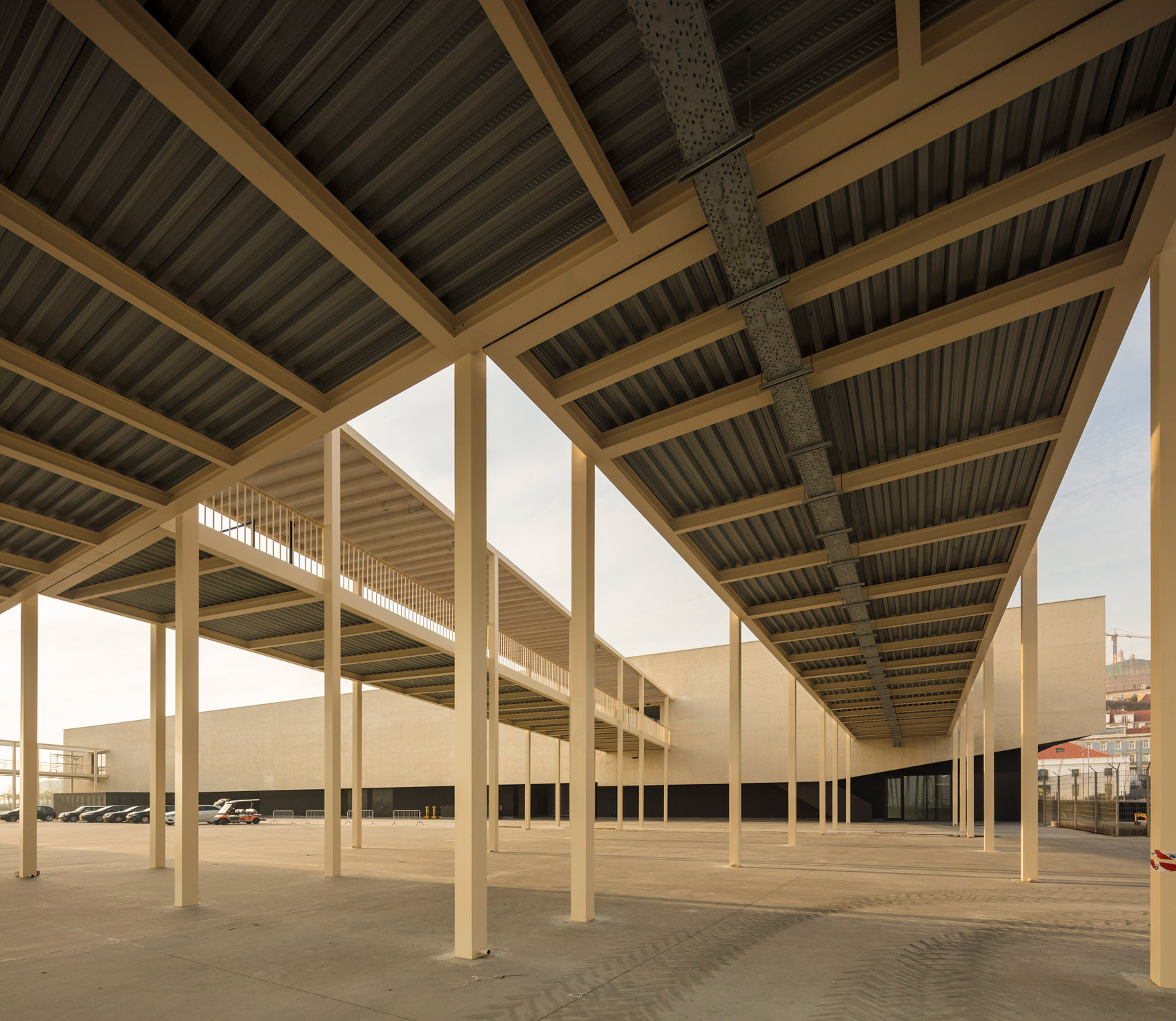 Covered walkways lead passengers from the cruise ships towards the upper level of the building where the check in, waiting lounge, VIP lounge, duty-free shopping and coffee shop are located.

The ground floor accommodates facilities for processing baggage and additional parking is located in a basement level. 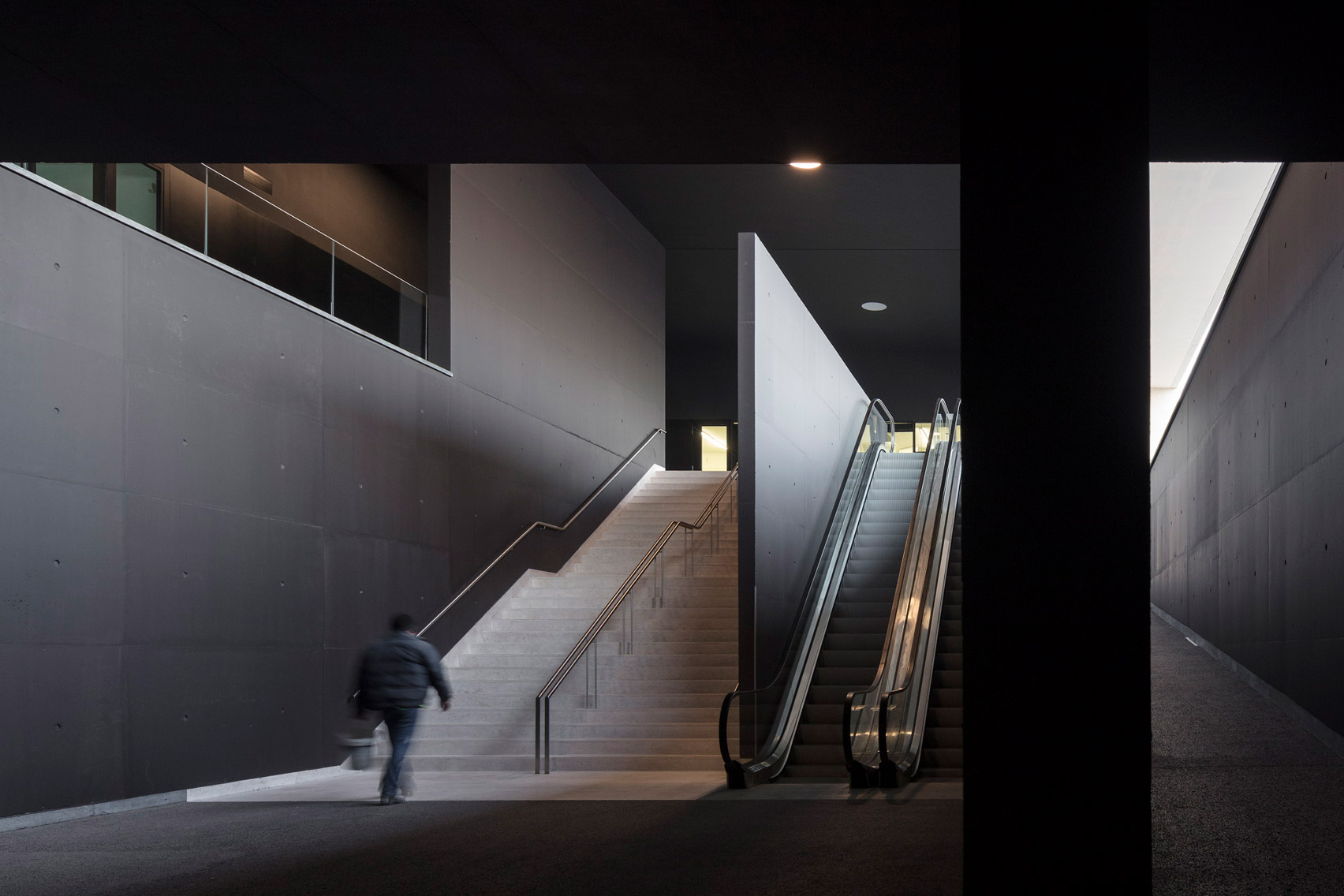 The flexibility of the indoor and outdoor spaces will allow the terminal to adapt and evolve to meet future requirements, as well as enabling it to host events or perform other functions at times when it is not being used for its primary purpose.

Last year, Japanese firm SANAA built a small passenger terminal shaped like a cloud for a port on the Japanese island of Naoshima. Similarly inspired by natural forms, in 2016 Zaha Hadid Architects completed an “oyster-like” ferry terminal in Salerno, Italy.

Photography is by Rita Burmester and Fernando Guerra.